Antalya is home to such startling sites as the sunken city of Kekova / Image: Adobe Stock

Antalya is home to such startling sites as the sunken city of Kekova / Image: Adobe Stock

Summer 2021 is going to be epic, we can all agree. But for those who booked early, and got the best deals on flights and holidays, hitting the beach will feel even sweeter. So why not put that yearning for sand and sunshine to good use and plan your perfect break right now?

We've made it easy for you to discover your ideal destination, in Europe and beyond. Whatever you're into, our planner will match you with a 2021 summer holiday you'll love. All you need to do is book, wait a little, pack and go!

If you love a good day trip… 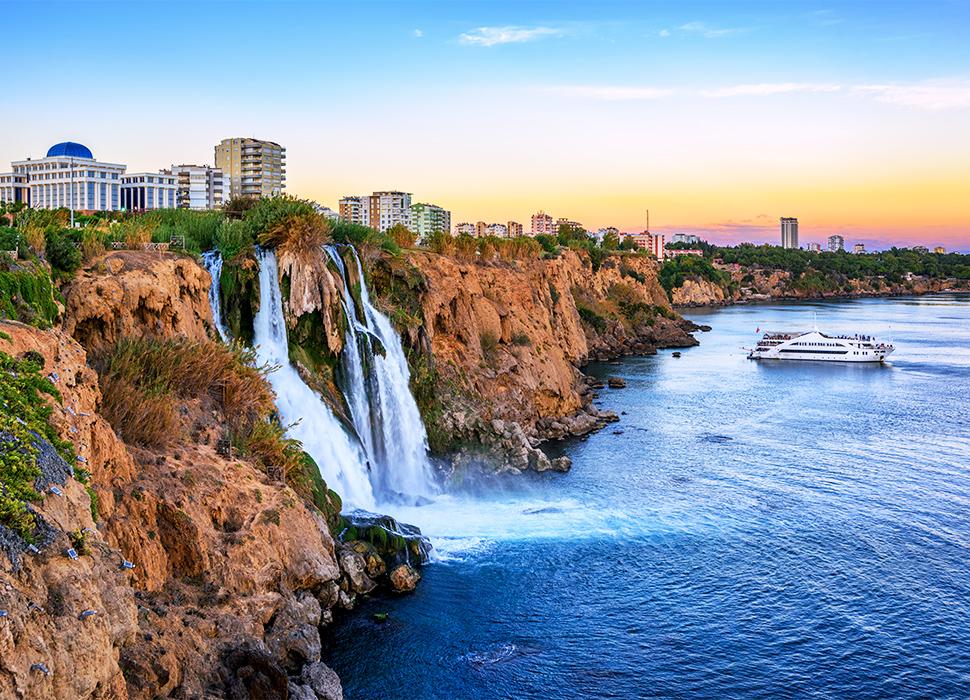 The gateway to Turkey’s Turquoise Coast, Antalya is the ideal base for holidaymakers who like to get up and get out. From here, incredible archaeological sights like Kekova – an ancient submerged city only accessible by boat – are just a short journey away. Or there's the town of Pamukkale, where the moon-like landscape of hot springs carved into bone-white limestone is a sight to behold. And we defy you not to fall for the Düden Waterfalls just outside Antalya, where two-stage cascades tumble spectacularly from a 40m height into the sea below. 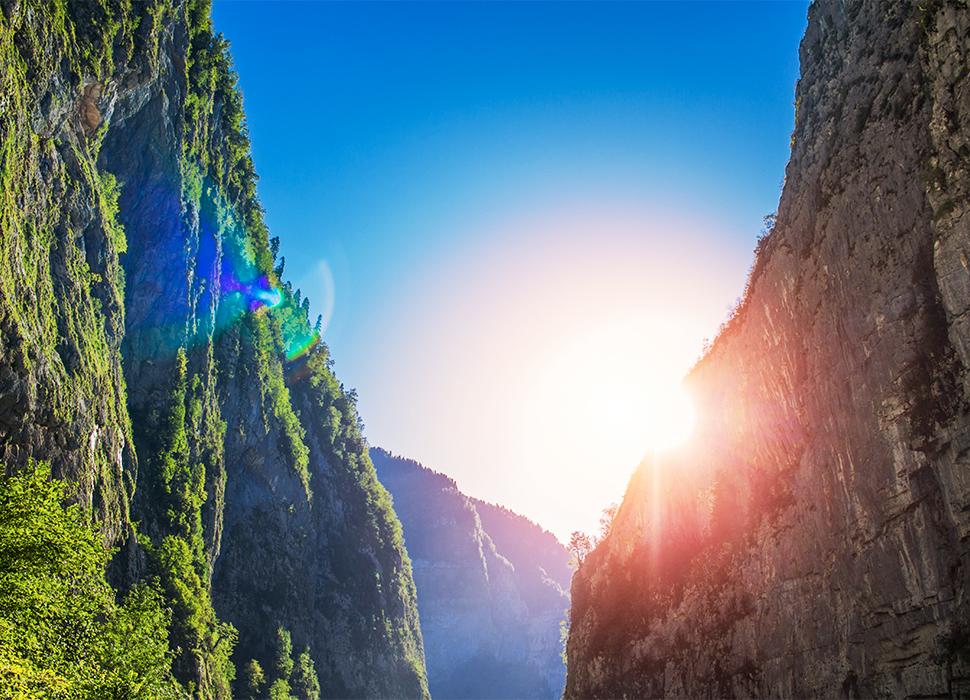 If any of your Insta-loving pals have ever been to Crete, chances are you’ve seen them looking overawed as they hike along a river with the dramatic cliffs of Samaria Gorge towering above. This Unesco-recognised biosphere reserve is the highlight of the biggest Greek island’s earthly wonders, but there’s lots more for nature nerds: when you’re done with the many beaches and bays, butt in on the native Cretan goats in the westerly White Mountains, or wing it to Lake Kournas to check out the local birdlife.

Not ready to think about summer just yet?

Choose your perfect ski resort with our trusted partners.

If you come with kids… 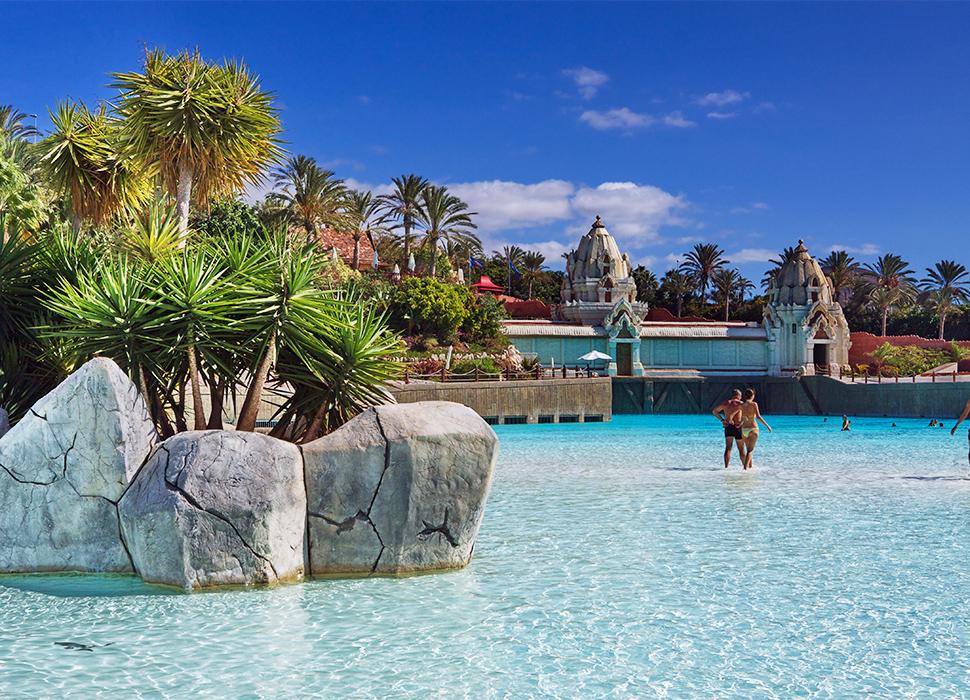 Just Thai not to get excited at the sight of Siam Park / Image: Alamy

With its reliable resorts, sparkling white-sand beaches and temperate climate, Tenerife – the largest of Spain's Canary Islands – is one of Europe’s quintessential family getaways. Most make for the island’s southern stretches, where towns like Casa Adeje and Los Cristianos eschew the hectic nightlife of nearby Playa de la Americas for all-ages attractions. The best of the bunch might be Siam Park: a huge and elaborate waterpark with a Thai theme which is regularly voted the world’s best.

If you can’t help digging up ancient history… 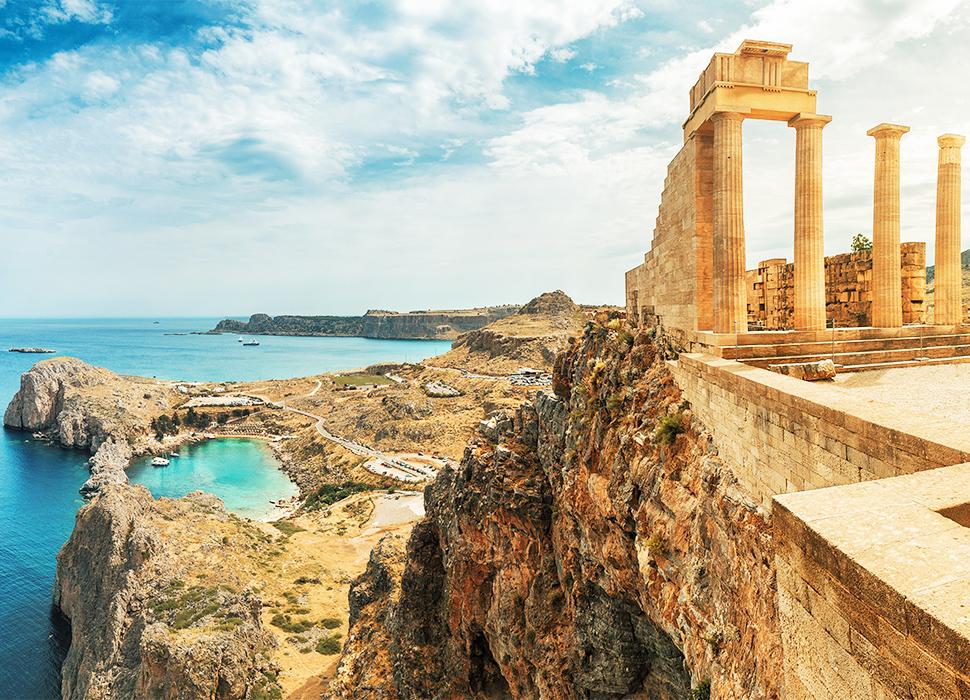 Step back in time at the Lindos Acropolis / Image: Adobe Stock

You’re about 2,200 years too late to see the most famous Rhodes landmark, the Colossus, which collapsed after an earthquake in 226BC; however, the Greeks have been busy here over the centuries, so there’s ancient history at every turn. A trip into the past on this biggest Dodecanese island might take in the atmospheric amphitheatre in Rhodes Town, or the columns and temples of the hilltop Lindos Acropolis, or the enormous ruined Doric city of Kamiros. A truly classic destination.

If you're after all-round entertainment… 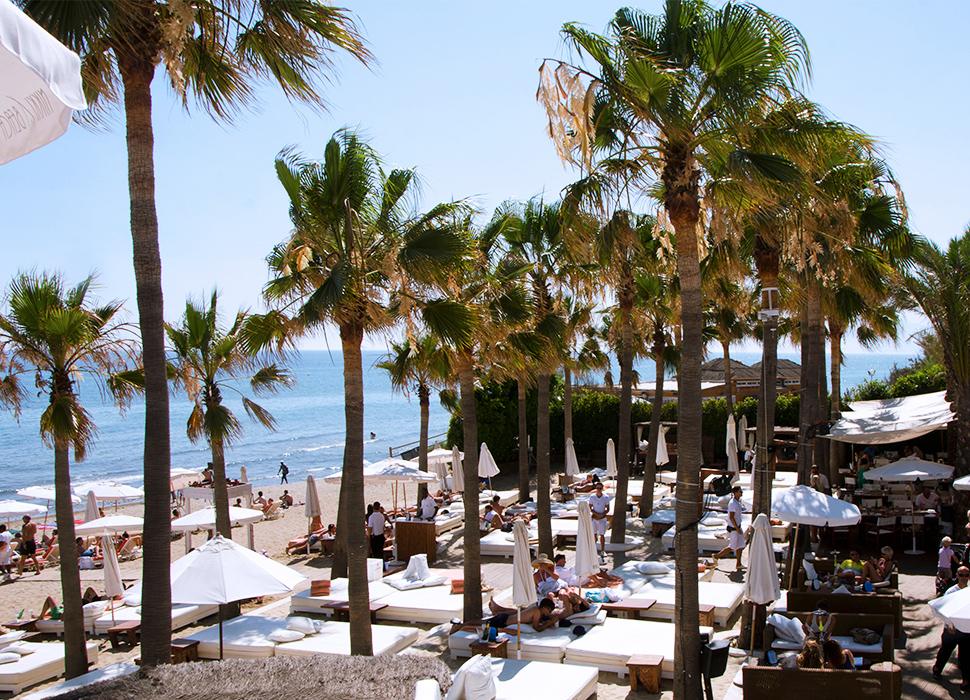 …head to Malaga and the Costa del Sol

Flying into Malaga is a great starting point no matter what sort of holiday you want, whether it’s a family-friendly beach break or a luxury five-star couples’ escape. Spain's ever-popular Costa del Sol has attractions ranging from the highbrow (it’s the birthplace of Pablo Picasso) to the simple (sandy beaches and warm weather, thank you). One constant, though – it knows how to party. From the glamorous day clubs of Marbella to the non-stop night spots of Torremolinos, this is the place for sun times and fun times.

If you’re ready to settle down… 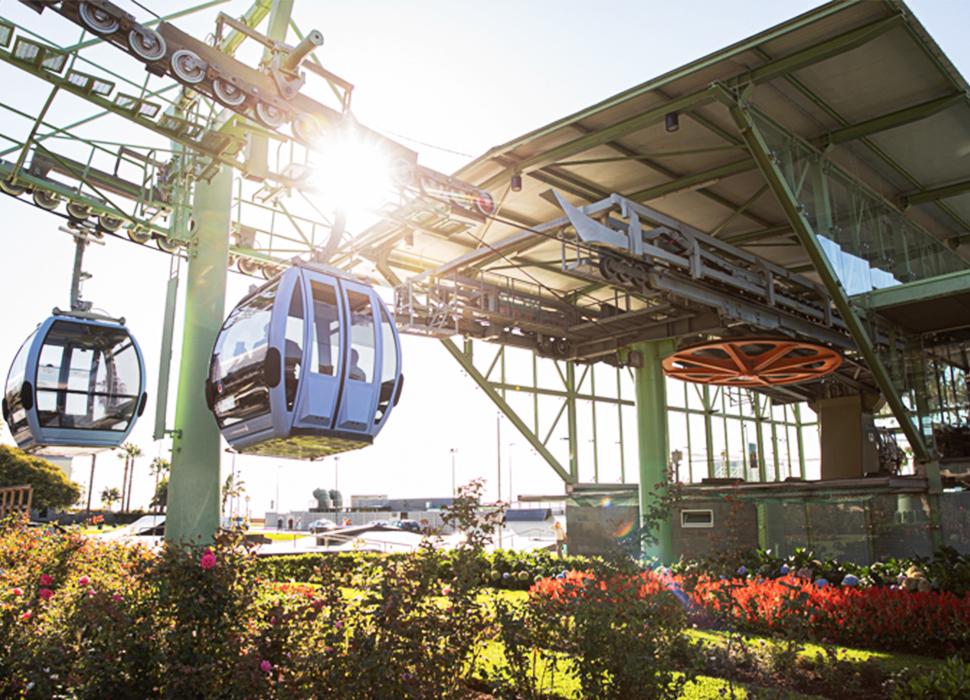 If you don’t care much for sand and are happy to never see another parasail again, meet Madeira. This Portuguese island, north of the Canaries, offers a quieter, more sophisticated sort of summer holiday. The sun still shines and the water still beckons, but a night out is most likely to involve good wine and a seafood dinner. By day, stretch out on a black pebble beach, unwind in a waterside spa, tour a lush garden or catch the cable car and just soak up the views like a proper grown-up.

You can hop to a Greek island. Find out which one is right for you.

If the way to your heart is through your stomach… 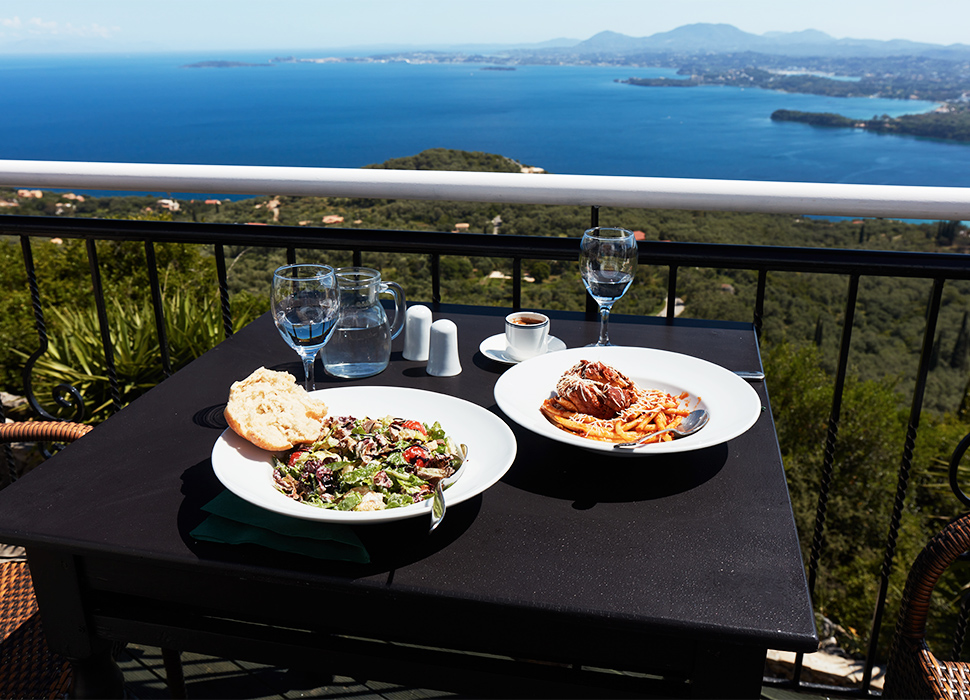 The Italian-influenced food of Corfu could be the Ionians' finest / Image: Adobe Stock

Corfu’s Italian-inflected cuisine – the result of the centuries of Venetian rule – is truly knockout, even for a country of such epicurean delights as Greece. Delicious dishes abound on this island, but visiting gourmands must try the ubiquitous sofrito of fried veal in a white wine sauce; pastitsada, an aromatic rooster and macaroni dish; and the spicy boiled tsigareli greens. Corfu Walking Tours also runs excellent foodie ambles around Corfu Town’s open-air market, with tasters of various local artisan titbits. 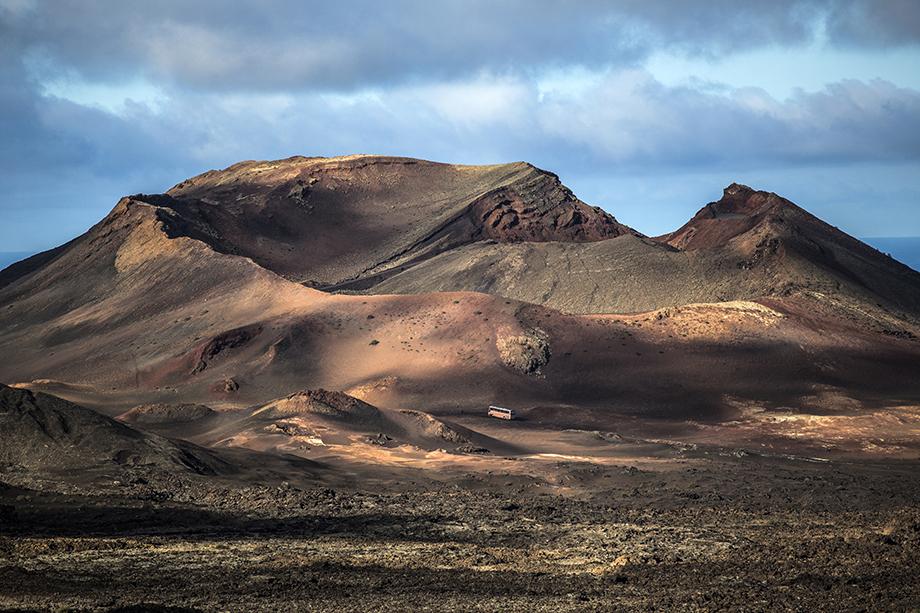 As well as being a top beach break destination, the Canary Island of Lanzarote is possessed of a truly spectacular volcanic landscape. The epicentre of this is Timanfaya National Park: a collection of 360 volcanic cones in a sea of black sand, so reminiscent of the Moon’s puckered surface that NASA used to train astronauts here. Trekking is permitted only as part of guided walks (but well worth the chaperoning); while there’s unaccompanied walking on hand at the neighbouring Los Volcanes National Park.

If you’re a sucker for beautiful beaches… 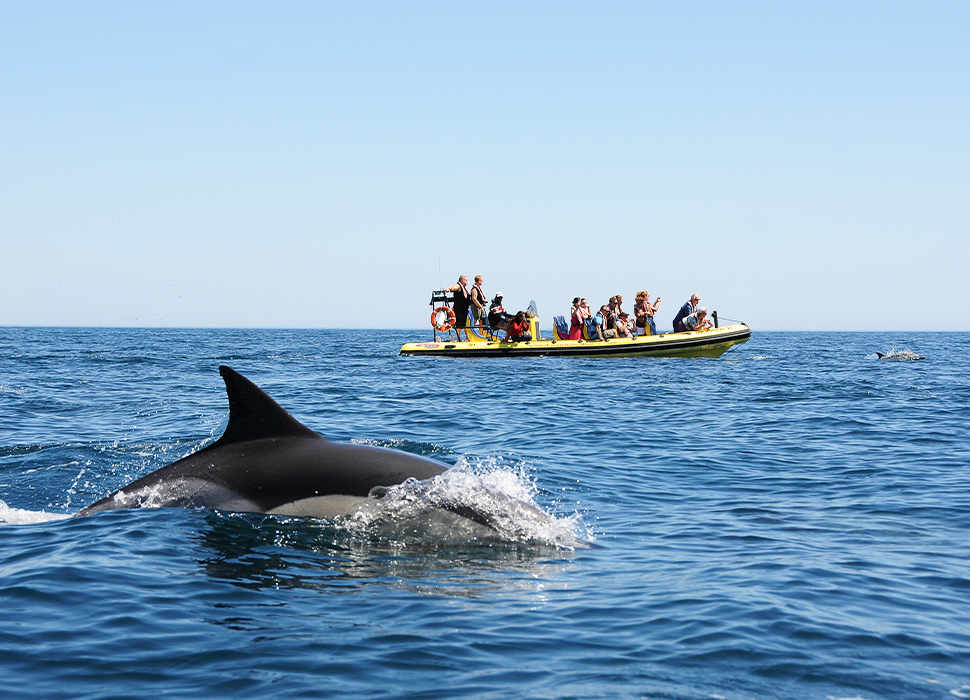 …head to Faro and the Algarve

Shiver when you see shingle? Feel sick at the sight of a city beach? Then only the stunning white-sand stretches of the Algarve (the beguiling area around the Portuguese city of Faro) will do for a beach snob like you. Surrounded by limestone cliffs and blanketed in soft golden sands, Praia de Dona Ana is the most picturesque, while the secluded shores of the Ilha Deserta (‘deserted island’, accessible by boat from Faro) are the most tranquil. For fun beyond the beach, practise your swing on the Algarve’s myriad golf courses (Quinta do Lago is best) or go on a dolphin-spotting tour along the coast with Dream Wave.

If you have a taste for the finer things… 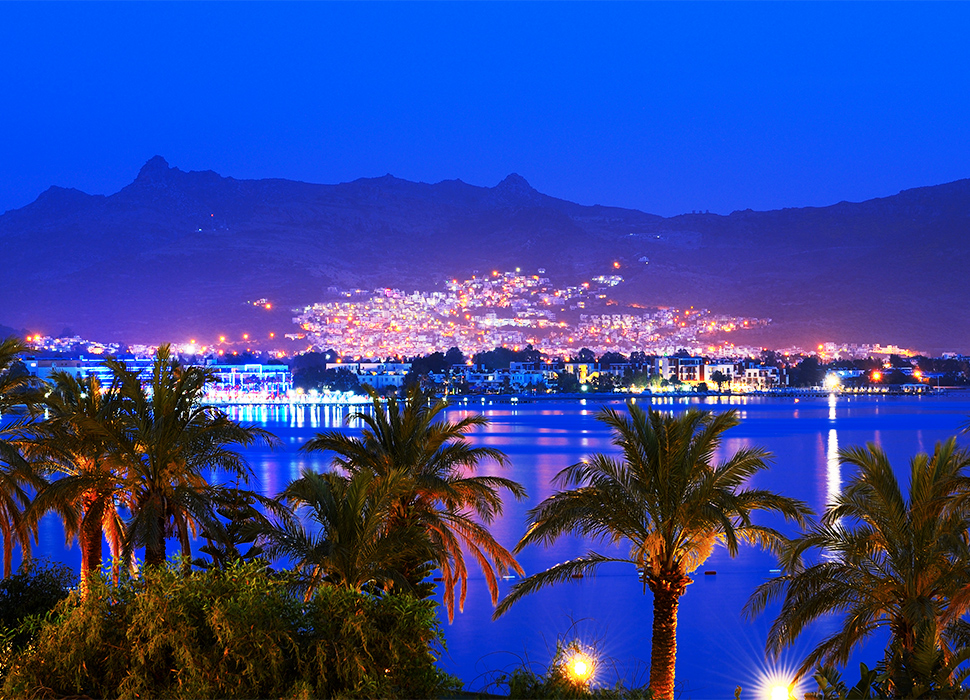 Once the preferred holiday destination of Europe’s upper crust before dropping off their radar, Bodrum has been making a comeback in recent years. With a cache of chic beach bars, upscale restaurants and sleek nightspots, this Turkish port city is the ideal choice for those with discerning taste. While the day away on the comfy cabanas at the Bodrum EDITION Beach Club or under the reed canopy at the Anhinga Restaurant and Bar. For dinner, head to bohemian-chic Limon Gumusluck – set atop the hills that overlook a fishing village next to Bodrum, this is the ideal perch from which to watch the sun set over the sea.

If you swoon over sunsets… 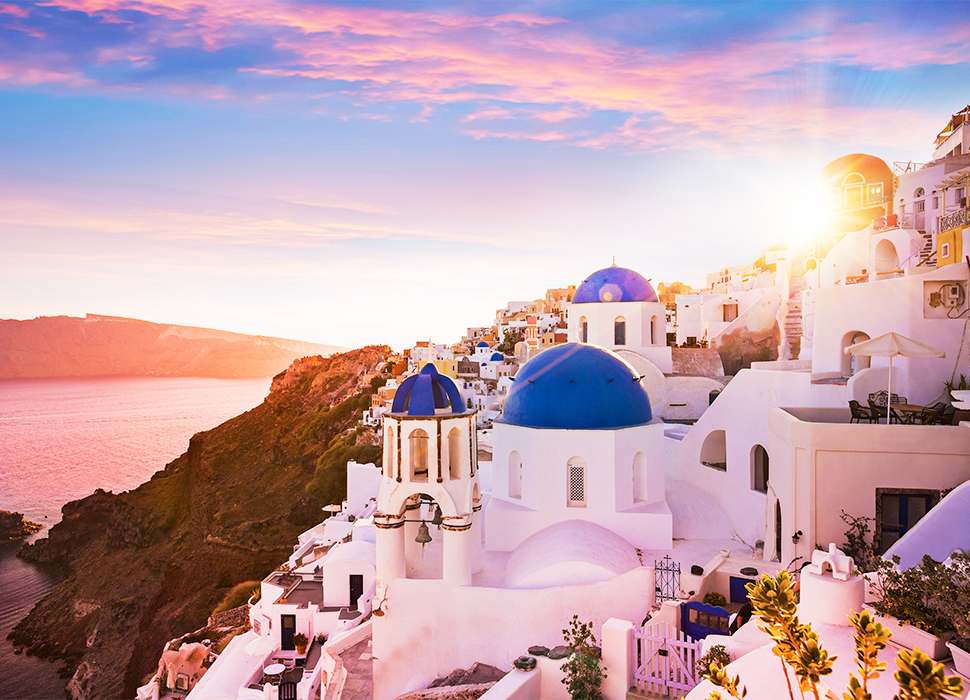 It doesn’t matter that you’ve seen it a thousand times online – nothing compares to witnessing a Santorini sunset IRL. As the sun sinks low over the caldera of this Greek island, lighting up the sky in glowing oranges and pinks, it’s impossible not to feel a glow in your heart too, as cheesy as it sounds. The hilltop hamlet of Oia is the most popular viewing spot – and it’s definitely worth getting a shot with its famous blue domes – but you’ll also get picture-postcard views from Fira, Akrotiri lighthouse, Skaros, Santos Wines’ terrace, Profitis Ilias (the highest point on the island), or a sunset cruise.

If you want to ogle world wonders… 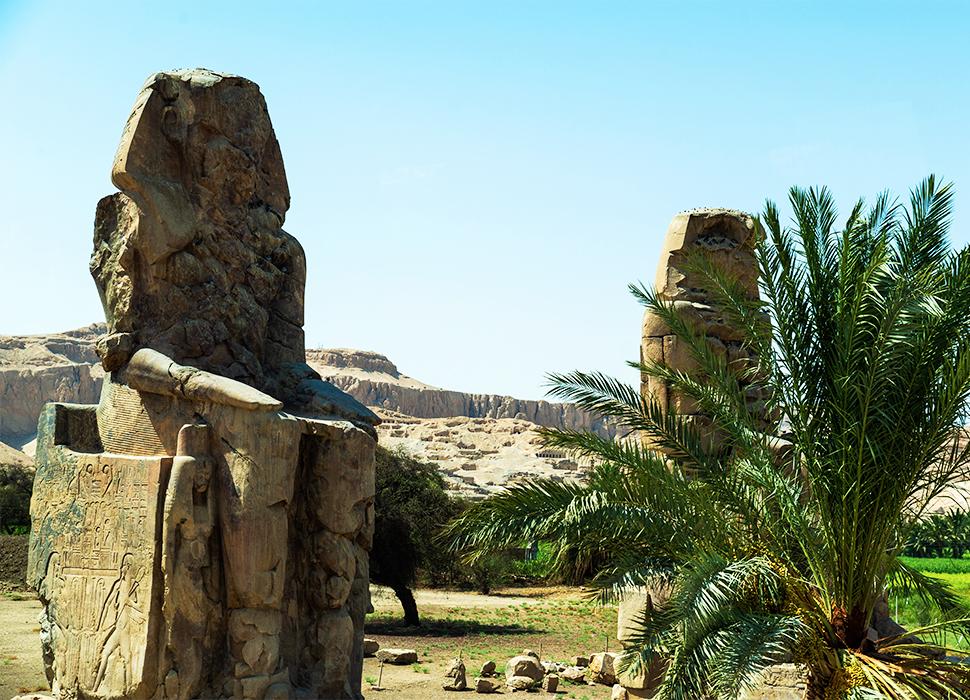 Once an obscure fishing village, Hurghada in Egypt is now a popular resort where visitors combine Red Sea diving and eyeing up historical sights – the ancient temples and tombs of Luxor and other world wonders are easily accessible from here. But when you’re not snapping pics of towering Osirid statues, there’s plenty to keep you and the family occupied, like the 35 swirly slides at the sprawling Jungle Aqua Park, or a spot of snorkelling at Giftun Island, known for its stunning reefs that are home to an incredible array of marine life. 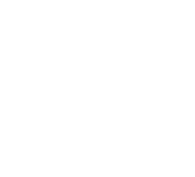 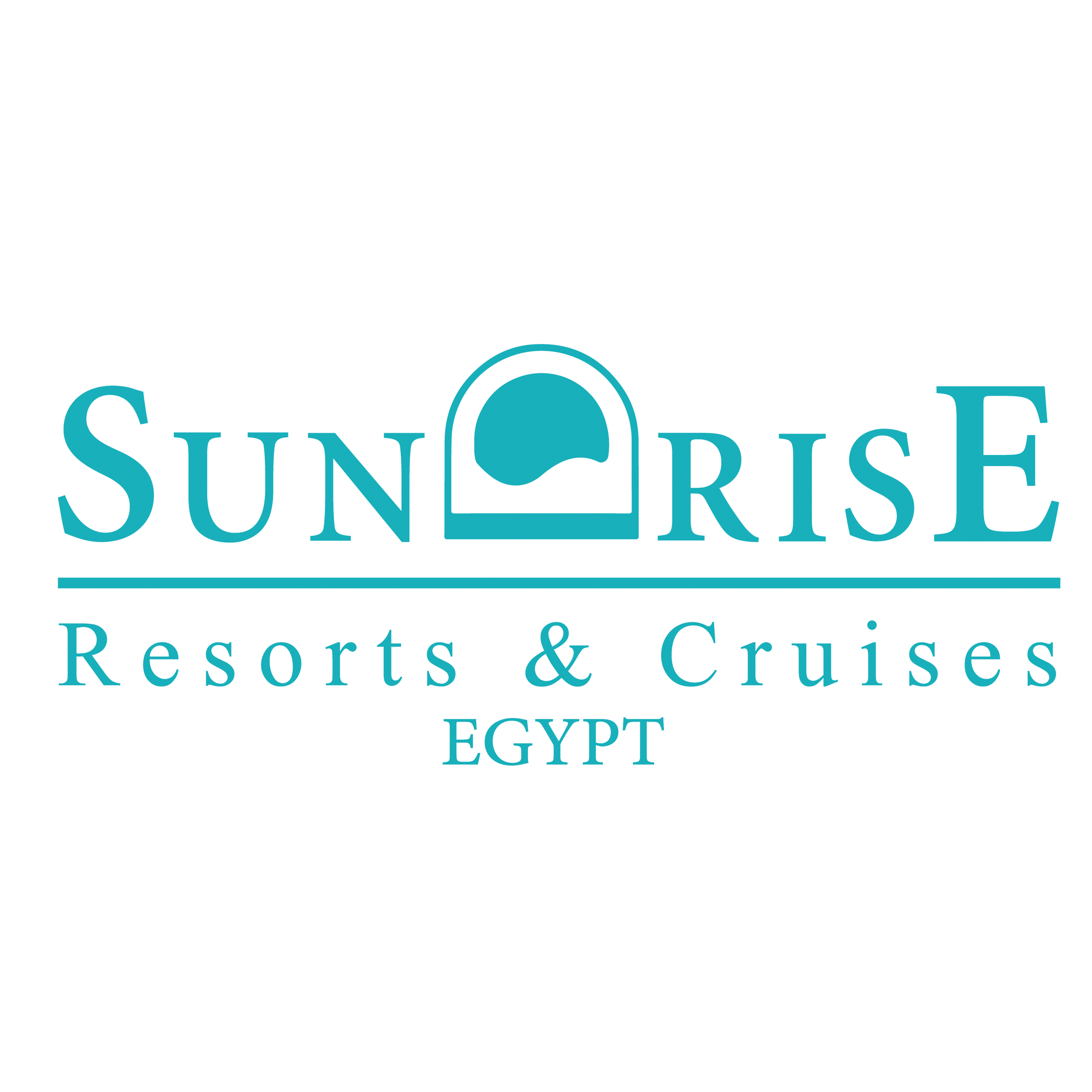 Relax by the Red Sea

Uncover Egypt's beguiling coast with SUNRISE Resorts & Cruises in Hurghada, Sharm El Sheikh and Marsa Alam, each offering access to the country's most beautiful landscapes with a dose of warm hospitality.