Dan Smith on the pass at The Fordwich Arms

WE GET THE INSIDE TRACK ON WHERE THE BEST CHEFS AROUND OUR NETWORK LOVE TO CHOW DOWN. THIS TIME, MEET DAN SMITH, CHEF-OWNER OF KENT'S TOP-TIER GASTROPUBS, THE FORDWICH ARMS AND THE BRIDGE ARMS

Dan Smith on the pass at The Fordwich Arms

The teeny-tiny town (the UK's smallest, in-fact) of Fordwich, near Canterbury, is almost impossibly dreamy – a scant few streets of picture-postcard half-timber terraced houses (a few with estimable blue plaques), looming oasts and a beatific little church, all intersected by the sun-dappled drift of the River Stour. Kent doesn't come more scenic.

It's blessed with more than just looks, though, as here can be found The Fordwich Arms, one of the country's most feted pub-restaurants. It was opened in 2017 by Natasha and Dan Smith, in a venerable red-brick pile on the banks of the Stour. Dan was then a five-year veteran of Shoreditch's Clove Club (and a key member of the team that earned it a Michelin star). Natasha was a feted pastry chef with experience leading the section at the now-shuttered One Leicester Street (also starred). Applying their honed and progressive skillsets to the framework of a country pub, they struck gold; the critics have frothed ever since. 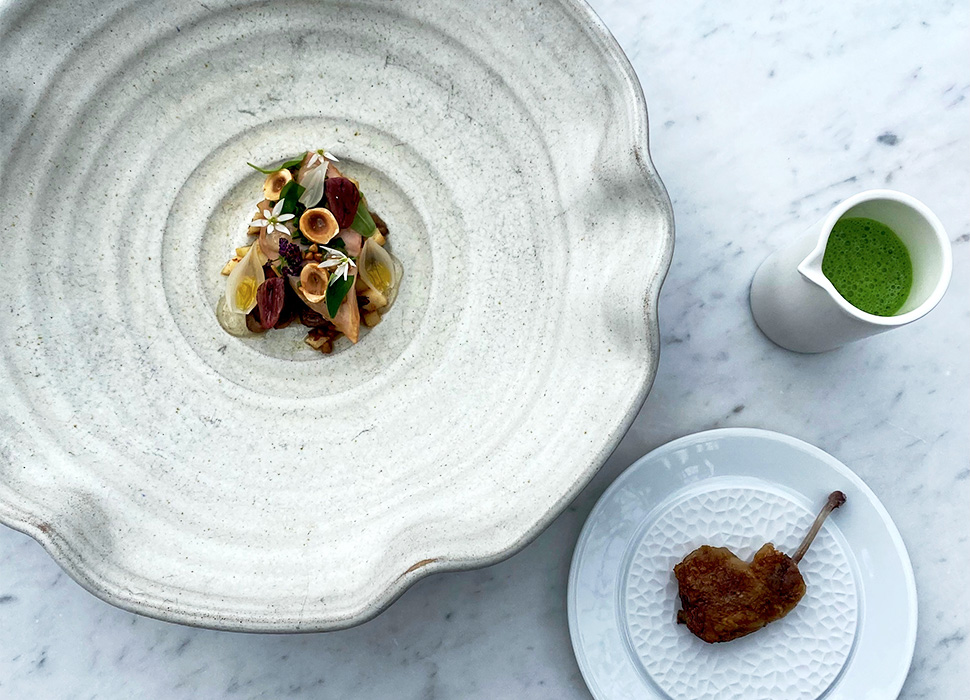 A dainty quail dish at The Fordwich Arms

The bar might throng with locals nursing pints of local ale and cider, but this is a boozer in legacy only. The menu is meticulous: a seasonal smorgasbord of both Kentish produce and sensitively-sourced ingredients, integrated into painterly dishes that fall roughly under the 'modern European' banner.

The à la carte is great; the longer tasting menu a no-brainer. Factor a wine list heavy on local vineyards – Gusbourne for sparkling snifters on the pub's terrace, plus  Chapel Down, Simpsons, Westwell and the like – and you've got one of southern England's great epicurean boltholes (plus a fine spot for a little languid river swimming when you're done with lunch). 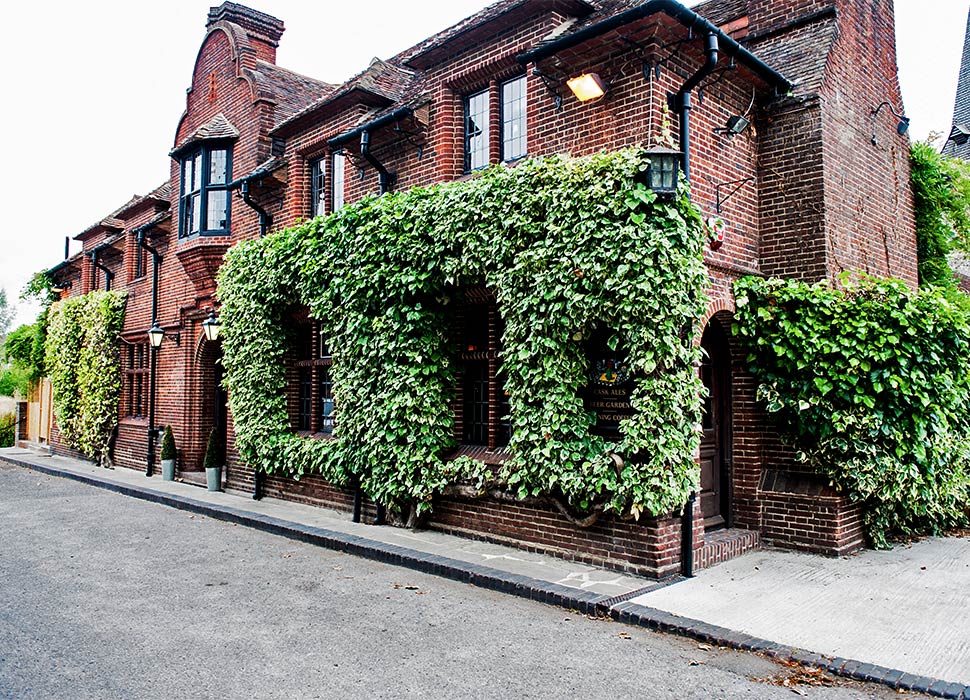 Garden-variety chef-publicans would be sated: not so the Smiths. In 2021 they opened The Bridge Arms in – as convention would demand – the nearby village of Bridge (which, although dowdier than Fordwich, still brims with Kentish charm). It's a slightly more casual proposition than their first, with similarly provenance-driven à la carte menus served in the panelled, clattery enclaves of a 16th century, Grade-II-listed coaching inn.

The food skews simpler: Josper-grilled hunks of meat reign, but the true treasure is in the pre-starter snacks (the fried chicken with tandoori mayo, and oblong hunks of chickpea panisse with herby yoghurt, particularly). It is, to put it quietly, another triumph (its Michelin star and this year's Estrella accolade of 'Restaurateurs of the Year' for Dan and Natasha are proof of the very delicious pudding).

Aside from the two Arms, Kent's food scene is a flourishing, fertile wonder. Here, Dan give his insider tips for the best places to eat in his particular corner of the country.

Explore Kent – and all the restaurants below – with SouthEastern trains. 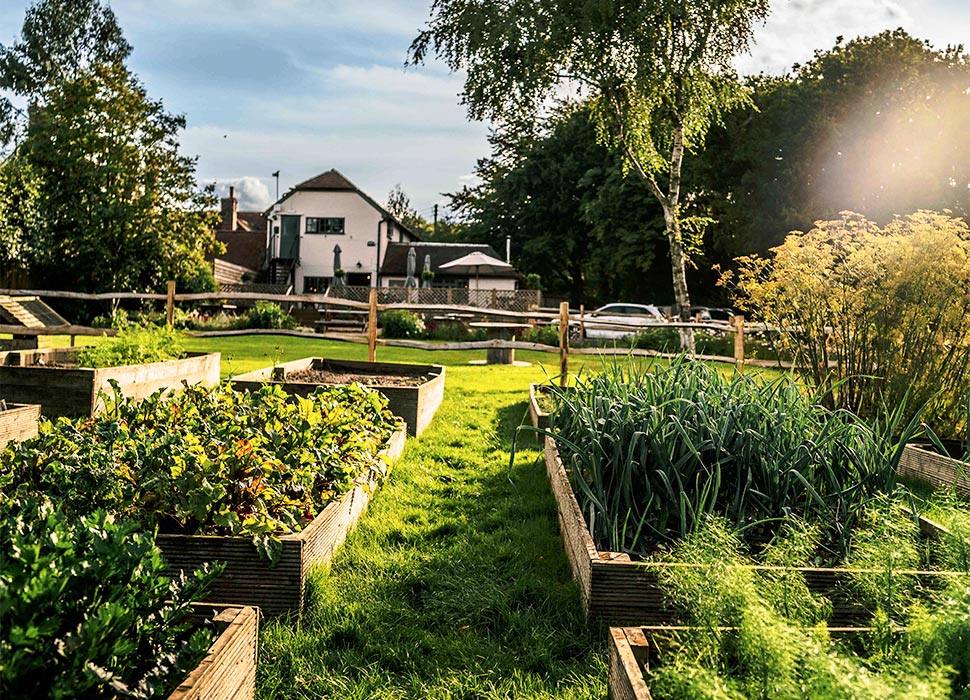 The Small Holding: "Lots of people use the term ‘farm to table’ but The Small Holding restaurant really means it – it’s literally located on a farm in Kilndown. They serve a daily-changing tasting menu for lunch and dinner featuring ingredients grown around the restaurant and from other local producers. It’s a true taste of the best Kent has to offer." 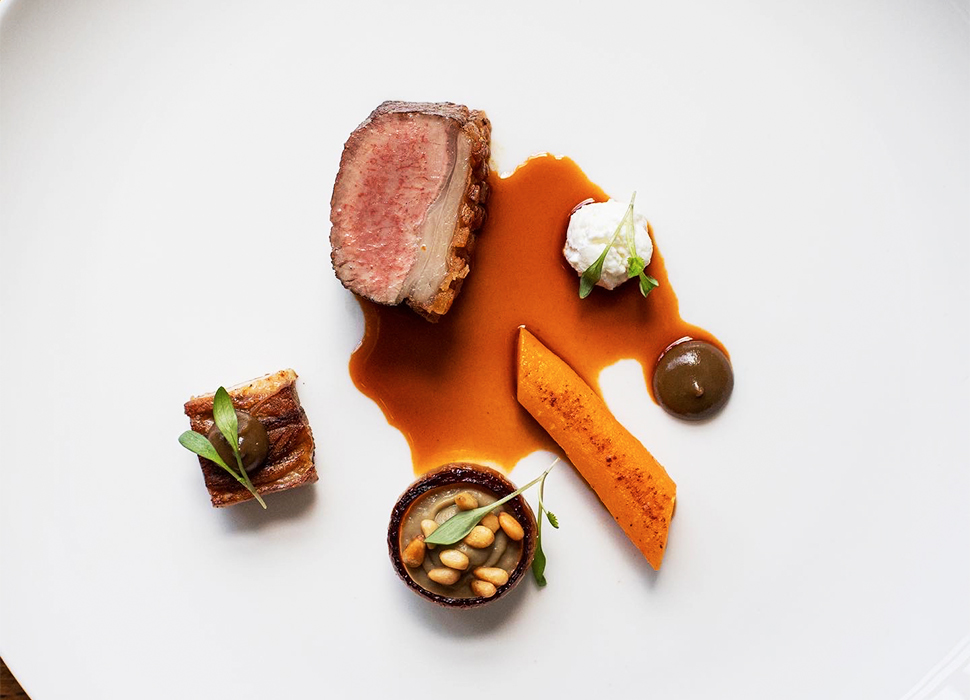 Super-local and meticulous Michelin fare at this foxy number

Hide and Fox: "Chef Allister Barsby and manager Alice Bussi have created a wonderful restaurant near the coast in Saltwood and were rewarded with a well deserved Michelin Star in 2021. I love Allister’s strong classical cooking – Kent marsh lamb with smoked anchovy, parmesan and courgette is a favourite –  and Alice’s well thought out wine list." 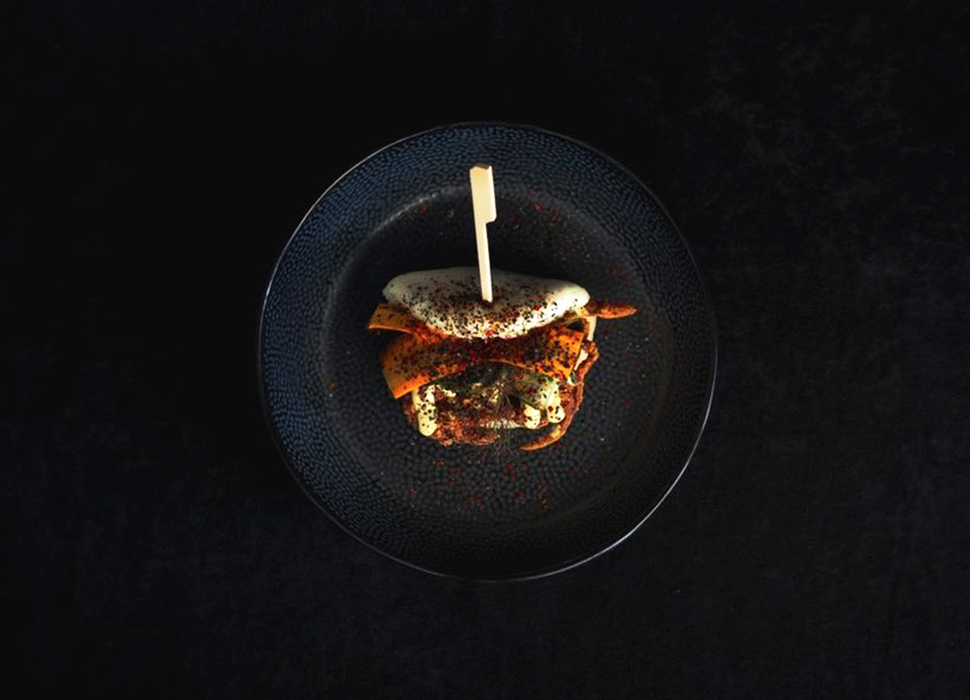 The teeny tiny Table is the gem in Broadstairs' crown / Image: Charlie Tucker

The Table: "Having worked with the chef owner Joe Hill in London previously I know what a great chef he is. His restaurant, The Table, is an intimate 14 cover space in Broadstairs serving a fun small-plates-style menu with natural wines." 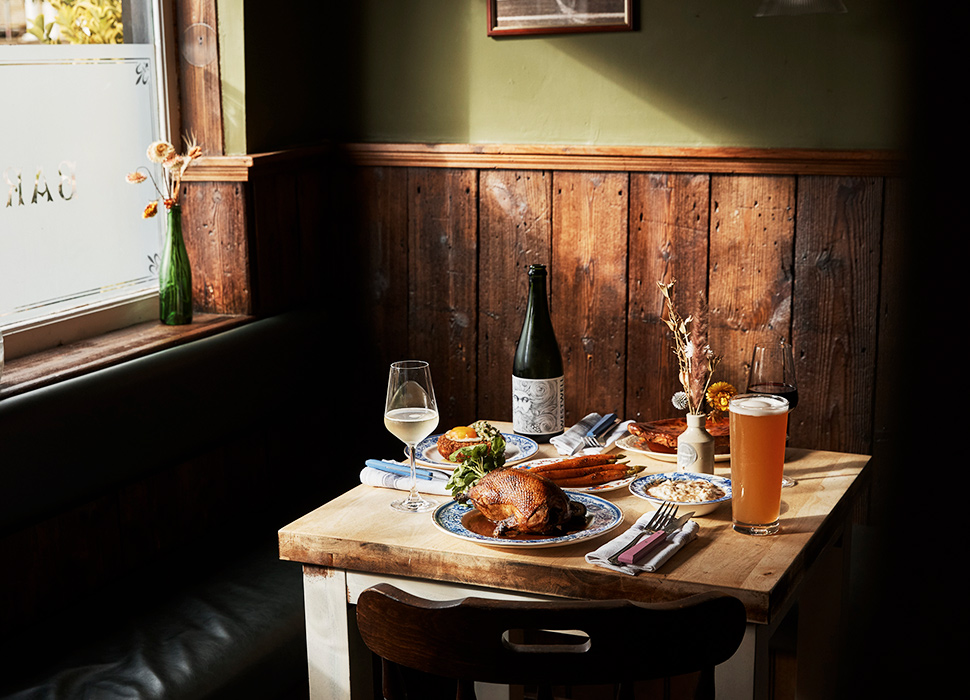 The best table in the house at The Rose Inn / Image: Harriet Clare

The Rose Inn: "Chef Billy Stock took over The Rose, a beautiful centuries-old pub in the village of Wickhambreaux, in 2021. He’s given the place a fresh lick of paint and changed up the menu but it’s still a great local pub. I have known Billy for 15 years – he is a great friend and a great chef. Having worked at St John in London he has great pedigree and serves a daily changing menu using the best local produce." 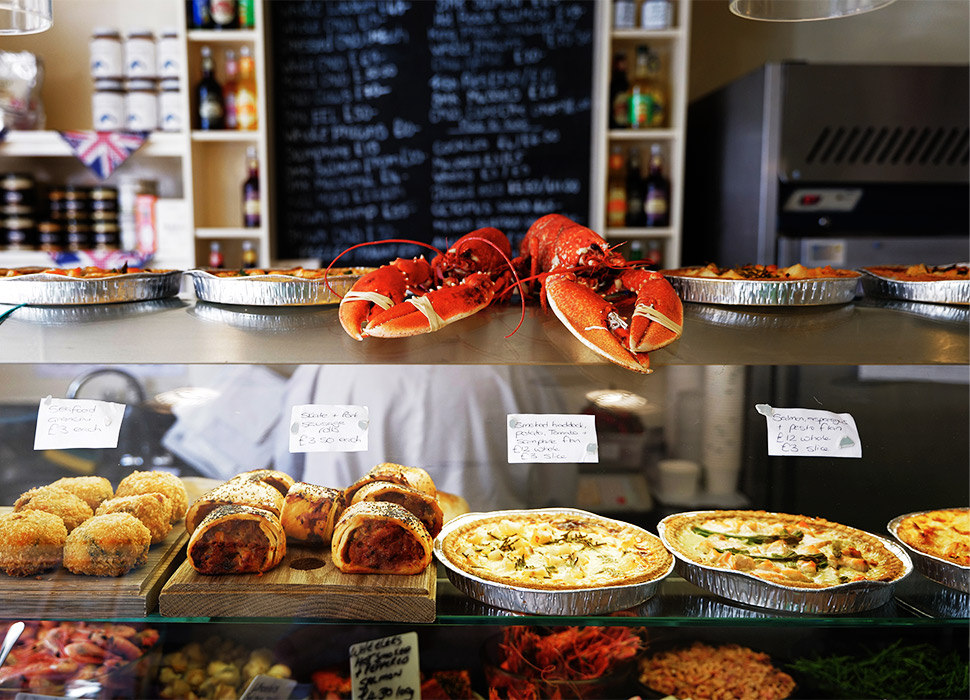 Wheely great seafood is the jam at a Whitstable classic / Image: Morgan Davies

Wheelers Oyster Bar: "An institution in Whitstable that’s been around since 1856 and is as famous for its bright pink painted frontage as it is for its incredible local seafood. There’s scallops, oysters, prawns and lobster, dover sole in abundance both for eat in and takeaway during the day and there’s now also an evening tasting menu available on Fridays and Saturdays which is a bit more advanced. Whenever you go, you can be sure of the absolute best freshest seafood around."