From Highland road drives to waterfall dives, there's tons of excitement to be found in Scotland's diverse landscape

Gold-sand beaches, bubbling waterfalls, untouched islands and craggy peaks – you can find it all in Scotland. Yep, the UK’s northernmost nation is so much more than kilts and cobblestoned city centres: there’s epic adventure to be found in its stunning natural landscape, and its major cities are perfect jumping-off points. But Inverness, Glasgow, Edinburgh and Aberdeen all offer something different in the way of sensational experiences – to find out which Scottish jaunt is right for you, follow our guide. 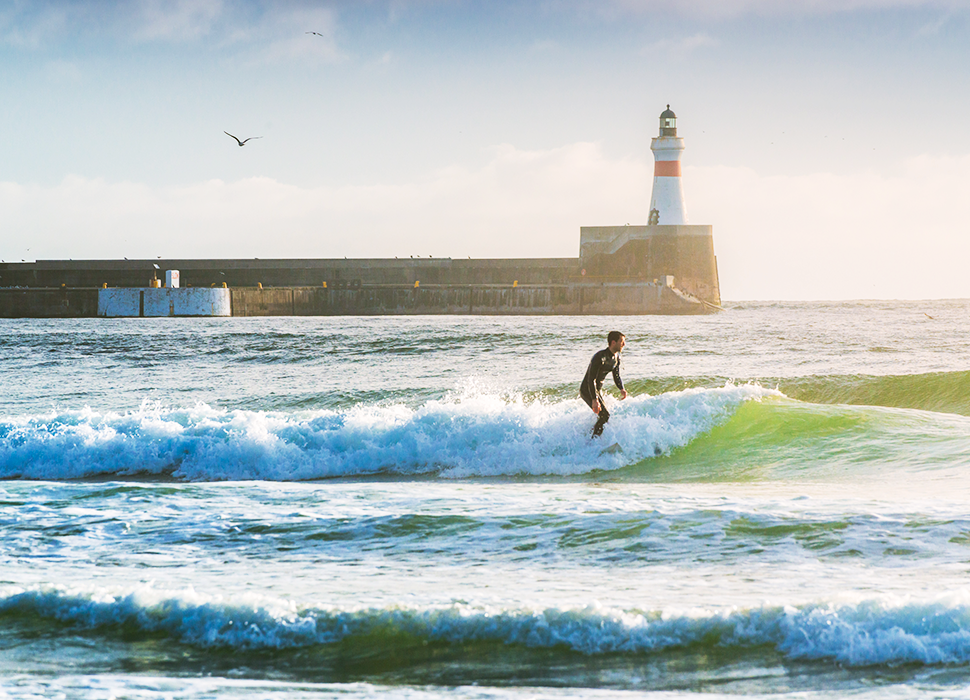 THE ADVENTURE No need to jet off to the south of Spain for a beach holiday – the shores along the Aberdeenshire and Banffshire Coast supply that sand-between-your-toes feeling a bit closer to home, with their honey-coloured sands, rocky cliffs and towering dunes. Aberdeen is the best base from which to explore this laidback slice of Scotland, with easy access to sprawling Balmedie Beach at the edge of the rugged Balmedie Country Park. And if you venture inland, there’s plenty of pretty sights to see – like the captivating Cairngorms National Park, where the Royal Deeside area – beloved of Queen Victoria – is a patchwork of wild moors and forested hills laced by bubbling rivers.

BOOK WITH Aberdeen’s little corner of the coast is known as a northern surfing paradise, lapped by moderate swells that are suitable both for pro boarders and novices. If you want to learn to carve a wave, or just improve your skills, book in with Scot Surf – this friendly surfing school operates in and around Aberdeen, and also offers stand up paddle-boarding and beach fitness classes. 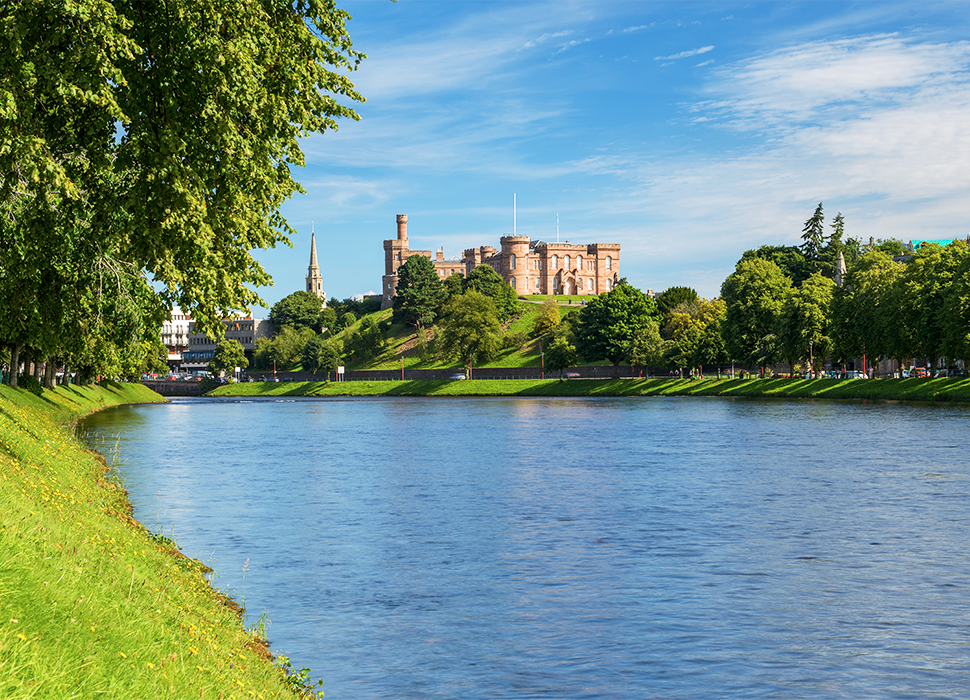 THE ADVENTURE Your gateway to the Scottish Highlands, Inverness is the perfect starting point for a road trip, whether on four wheels or two. This historic city – watched over by the pink-hued Inverness Castle – is favourably positioned astride the River Ness and at the northern end of the Great Glen valley. But wherever you choose to make tracks, you really can’t go wrong, since Inverness is surrounded by Scotland’s most beautiful region: those mysterious, mist-shrouded mountains, the electric-green glens, the goosebumpy folklore – it’s all within reach. Inverness is also near the Speyside malt whisky trail, where you'll find the world's largest concentration of Scotch distilleries. Hills and hooch – the perfect holiday.

BOOK WITH While driving around in a car is nice and all, the best way to get close to the Highlands’ heather-clad peaks is by bike. Get your lycra out for Highland Cycle Tours, which runs day trips or weeklong mountain-biking jaunts near Inverness. Pedal pushers will zip between spectacular castles, whisky distilleries, higgledy-piggledy villages and mystical lochs.

Check out these wild road trips from Glasgow. 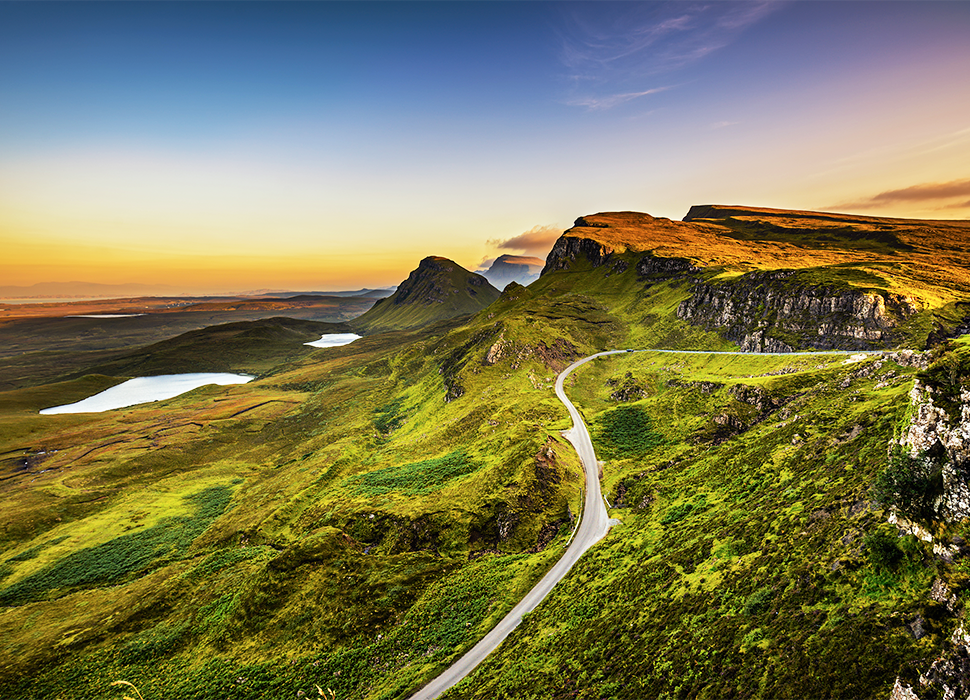 The Isle of Skye is Scotland's most beautiful island / Image: Getty Images

THE ADVENTURE Scotland’s largest city may draw visitors for its bumping nightlife, cutting-edge restaurants and cool galleries – but it’s also the best launchpad for exploring the country’s beguiling west coast, with its myriad islands under infinite skies. The Isle of Arran is closest, and well worth a look for its dramatic mountains, lush forests and moody coastline – essentially, Scotland’s landscape distilled. From there, it’s easy to move north towards the bleached-white beaches of the Inner Hebrides and, eventually, the end-of-the-world magic of the Outer Hebrides.

BOOK WITH If you’re the intrepid type, you could plot your own west coast voyage – ferries operate between most major islands. But if you want to get the most out of your trip, it’s best to leave the planning to the professionals at Rabbie’s, which operates tours of Arran, plus moor-dotted Mull and small, ancient Iona.

Book flights or holidays to Glasgow

Read more: 6 wild road trips you can take from Glasgow 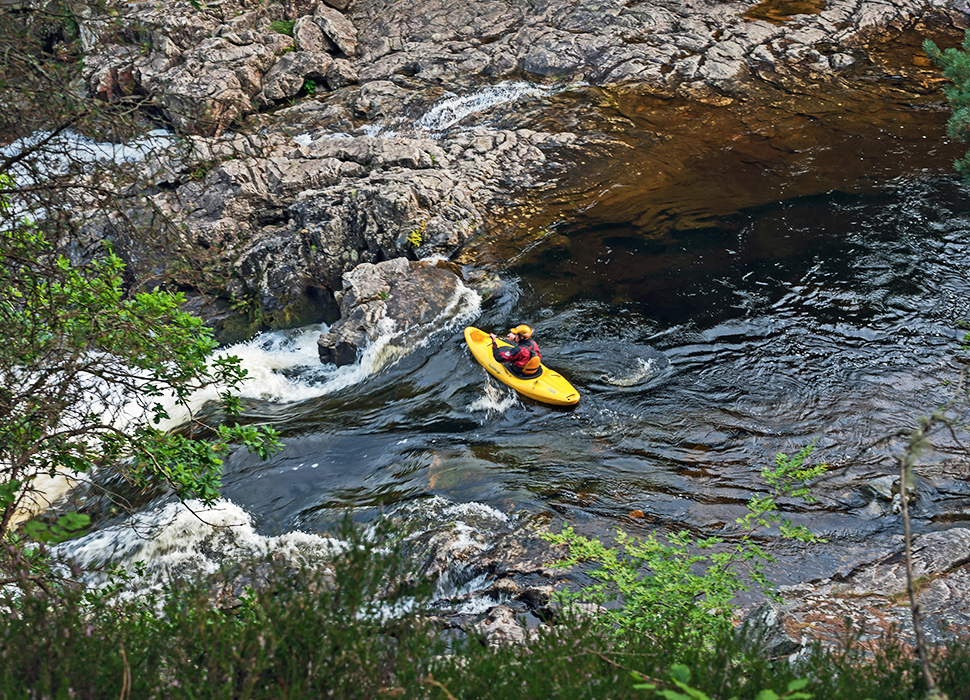 THE ADVENTURE With elegant Georgian architecture, secretive nooks, and castles at every turn, Edinburgh’s appeals are immediately obvious. But look beneath its enchanting surface and you’ll find something pleasantly dark – like loads of shadowy historic sights that are said to be haunted by the city’s erstwhile residents. Take the spooky Mary King’s Close, a perfectly preserved 17th-century street underneath the Old Town, rumoured to be home to Scotland’s highest concentration of ghosts. But if you like your adrenaline kicks less ghostly and more get-up-and-go, make a dash for nearby Pitlochry – a picturesque town on the River Tummel where day-trippers partake in all sorts of heart-pumping endeavours from white-water rafting to gorge walking.

BOOK WITH Adrenaline junkies looking for their fix should hook up with My Adventure – a company that runs exhilarating tours through Edinburgh’s surrounds. Opt for a bit of canyoning (a wild sport that involves traversing a gorge via a mix of hiking, climbing, swimming and abseiling) mountain biking, or just some good old fashioned canoeing, among other daredevil activities.

Book flights or holidays to Edinburgh

Read more: Feel the pull of history in Edinburgh