Just a taste of the spectacular classic architecture at Glasgow University / Image: 123rf

The best things to do in Glasgow

You can make a strong case that there’s no finer UK city for a weekend away than handsome, historic Glasgow. Its museums, galleries, shops and pubs are all truly world class, and its unique history makes it the perfect place to dive into whisky, football and modern art (and that’s just for starters). Here's the best of it

Just a taste of the spectacular classic architecture at Glasgow University / Image: 123rf

Oh yeah, the food we mentioned? These are the very best places to eat in Glasgow.

Scotland’s second city is a marvelous place to escape to the country’s rugged places from. Here are six wild Scottish trips you can take from Glasgow.

1. Spend a morning at the Kelvingrove Art Gallery and Museum 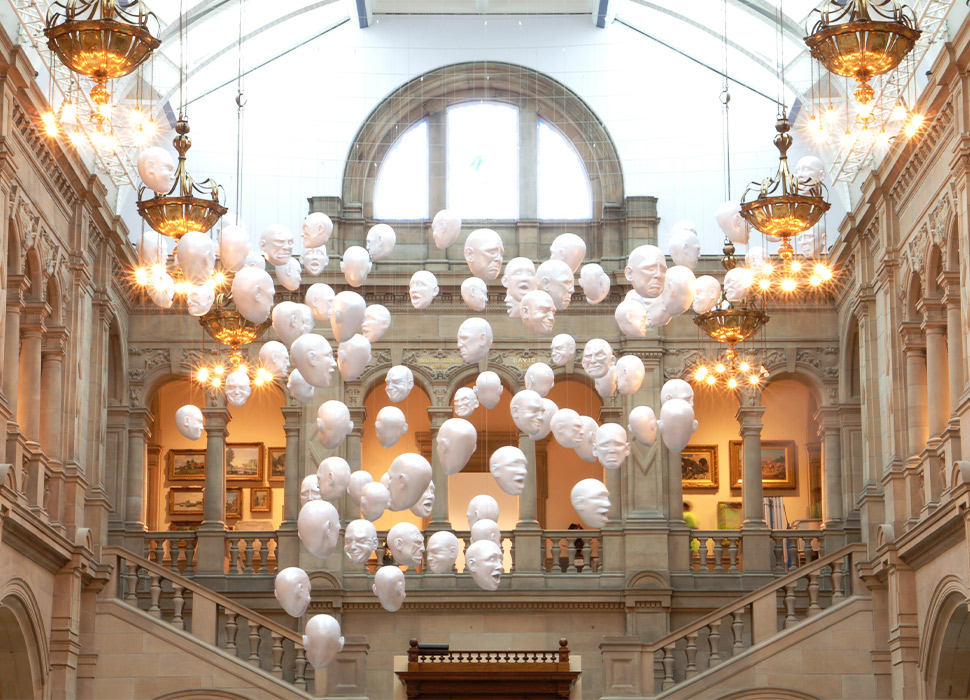 One of Glasgow’s most esteemed cultural venues, the Kelvingrove Art Gallery and Museum is as handsome as it is fascinating. Standing in leafy Kelvingrove Park, it makes for a gentle and thoughtful introduction to the city’s history – well-curated Scottish and international collections of art, design and objects cover everything from the Glasgow Boys circle of modernists to bigwig local designer Charles Rennie Mackintosh and the city’s shipbuilding heyday. Crucially, there’s also an absolutely enormous Victorian albatross. 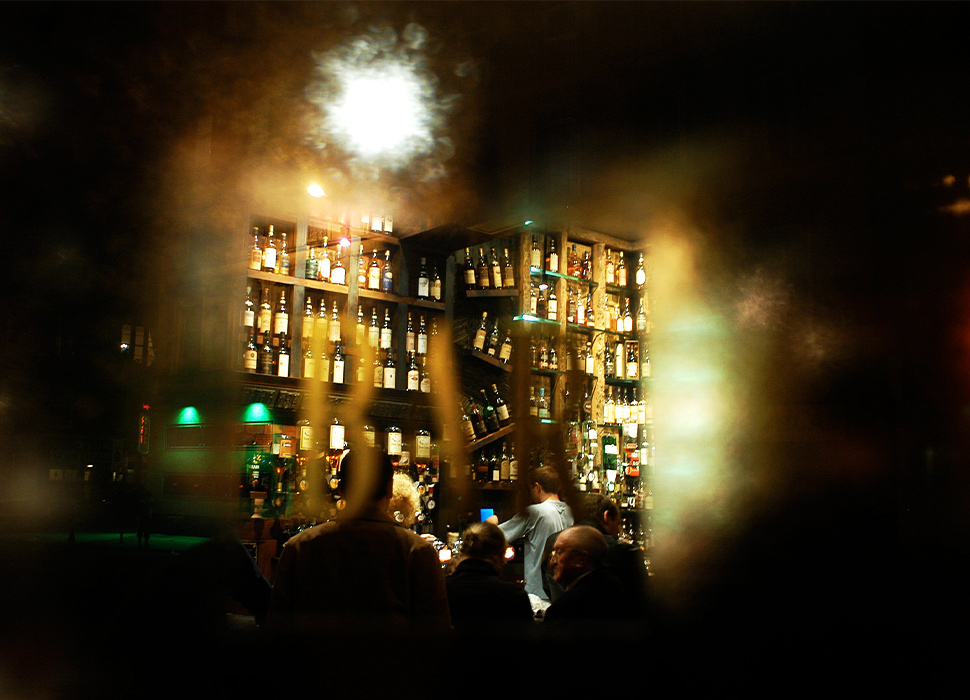 The Ben Nevis is a hub for both excellent ales and folk music / Image: Alamy

Whichever part of the city you happen to find yourself in, Glasgow has more than its fair share of wonderful watering holes. The Ben Nevis in Finnieston has an incredible selection of whiskies and craft beers as well as live Scottish folk music, and The Belle is another gorgeous West End refuge. Meanwhile, hyper-cool pub-slash-bar Bananamoon on Great Western Road was originally sprung of a collaboration with local DJ impresarios Optimo; and The Allison Arms on Pollokshaws Road is perfectly situated for a pint after a stroll around Queens Park. 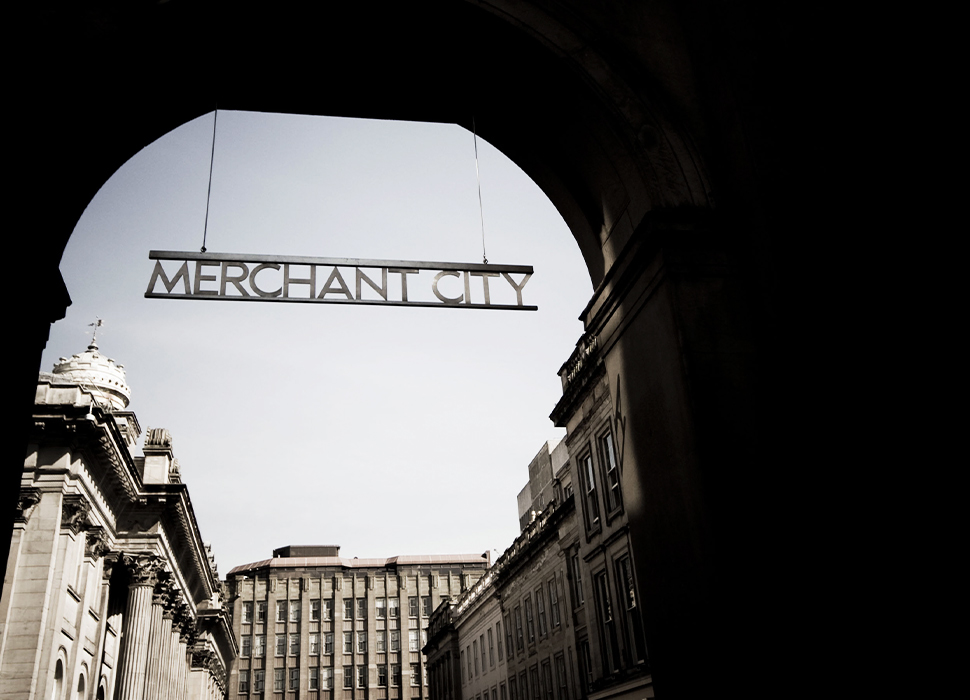 Close to George Square, this attractive historic quarter of Glasgow has become a centre of the city’s creative scene. Tour the absorbing Gallery of Modern Art (GoMA) and Street Level Photoworks, which has a stunning programme of photography shows. Wasps Studios has a gorgeous public cafe and exhibition space, as well as being home to artisans like jeweller Cecilia Stamp, whose designs draw inspiration from abstraction and modernist architecture. As you’d expect, there are also plenty of great independent places to eat and drink.

4. Explore the University of Glasgow 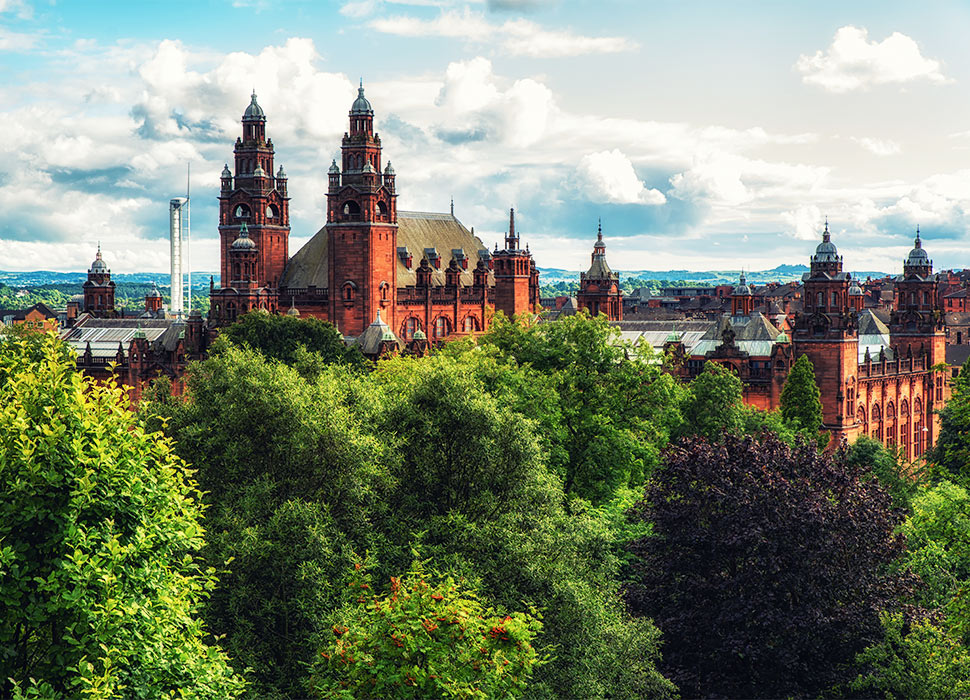 It looks like Hogwarts, and Glasgow’s venerable University is certainly a magical place to visit during your time in the city. Discover its 550 years of history by signing up for one of the twice-weekly campus tours or embarking on a self-guided mooch through the website. Either way, you should take in the Hunterian Museum, the Hunterian Art Gallery, The Mackintosh House – which feels even more significant following the devastating fires at the Glasgow School of Art in 2014 and 2018 – and the Hunterian Zoology Museum.

5. Go back to nature in the Botanic Gardens 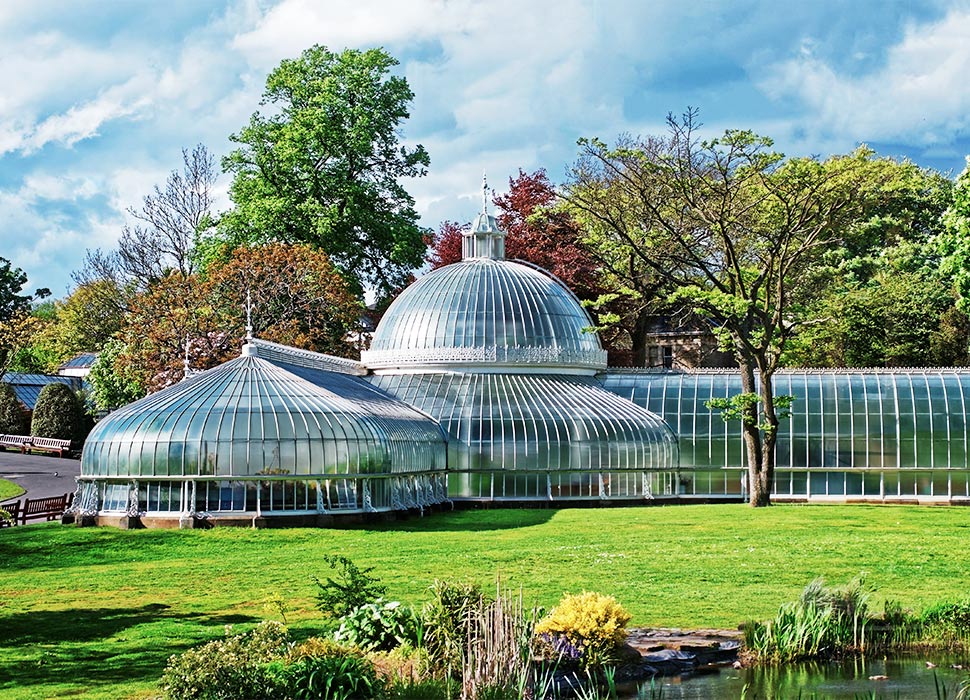 If you’re a plant-lover – and in the mood to travel all the way around the world in the space of an hour or two – this is the place for you. Dating back to 1841, Glasgow’s Botanic Gardens stand in the West End, not far from the University (they were originally built as part of it, before going their own way in the late 19th century). From the domed Kibble Palace to the rest of the magnificent glasshouses, the 27-acre site is packed with thriving greenery from all over the planet.

6. Get whisky galore at the Clydeside Distillery 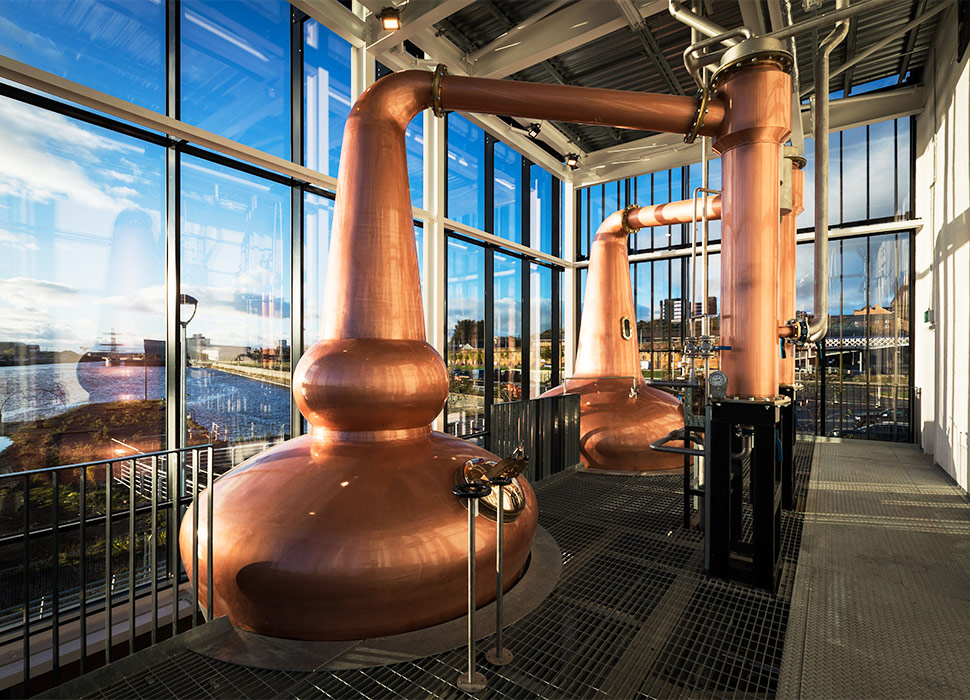 Still your heart for some show-stopping firewater / Image: Clydeside Distillery

Would it really be a trip to Scotland without sampling some fine single malts? Learn all about the birth of Scotland’s whisky industry during a tour of the Clydeside Distillery, right on the banks of the mighty river. Standing in the Pumphouse building, which once coordinated all the traffic going in and out of Queen’s Dock, it engagingly tells the story of how whisky went global – and you can also see the present-day copper stills in action. Various kinds of guided tastings and tours are scheduled, including a delicious whisky-and-chocolate one. 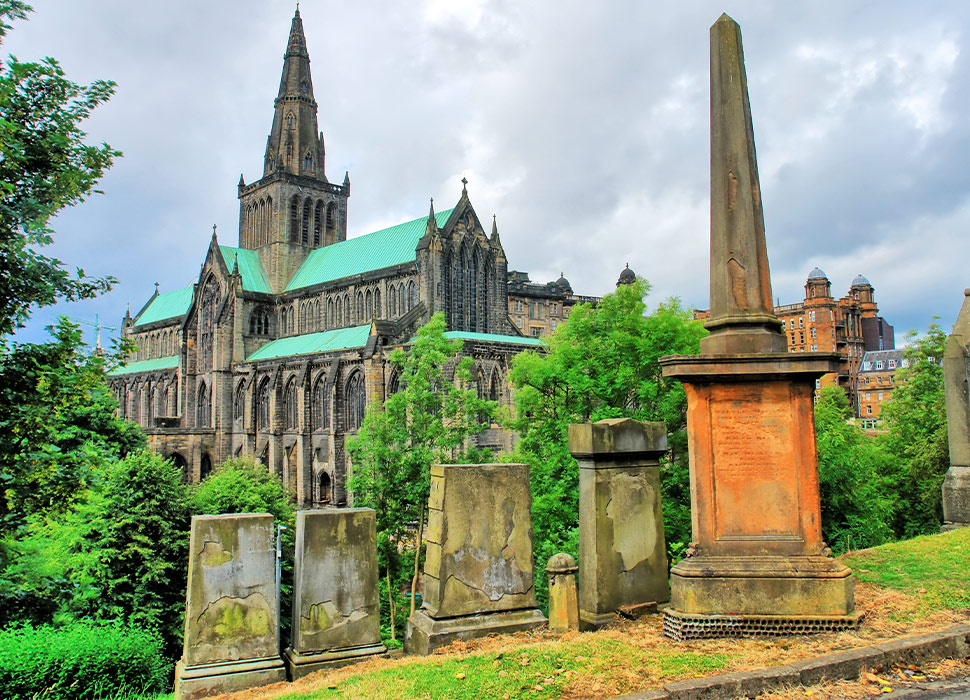 Traipsing around a cemetery might sound a gloomy way to pass the time, but Glasgow’s 19th-century, 37-acre Necropolis is a celebration of lives well lived, with shades of the Père Lachaise graveyard in Paris. Next to the cathedral (which itself dates back to 1197) on the eastern side of the city, it’s full of grand commemorative architecture and sculptures dedicated to all kinds of famous Glaswegians – look out for the hilltop monument to Reformation minister John Knox. 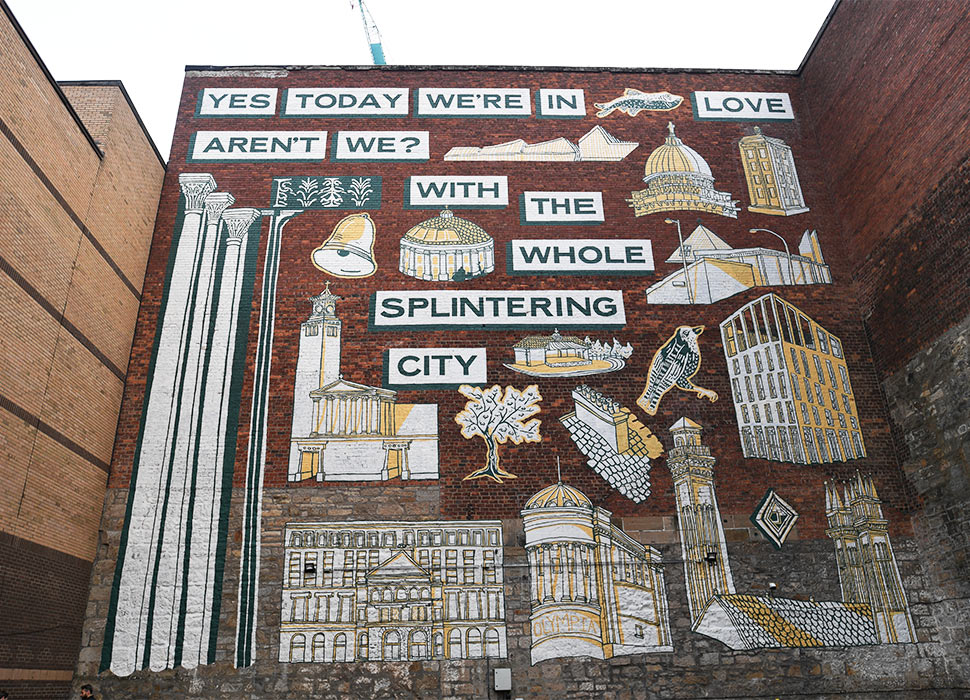 To experience Glasgow’s centre on foot with a difference, plan a morning or afternoon around the Mural Trail – it’s made up of 25 pieces of street art, and takes about three hours to complete. Download a map from the official website and take in the likes of the Wonderwall (created in 2014 to celebrate the University of Strathclyde and nothing to do with the song), a tableau of Glasgow’s animal and bird life on the side of the Ingram Street car park, and the breezy dandelion clock mural on Mitchell Street, which champions wind power.

9. Neck a pint (and more) at Drygate Brewing Co 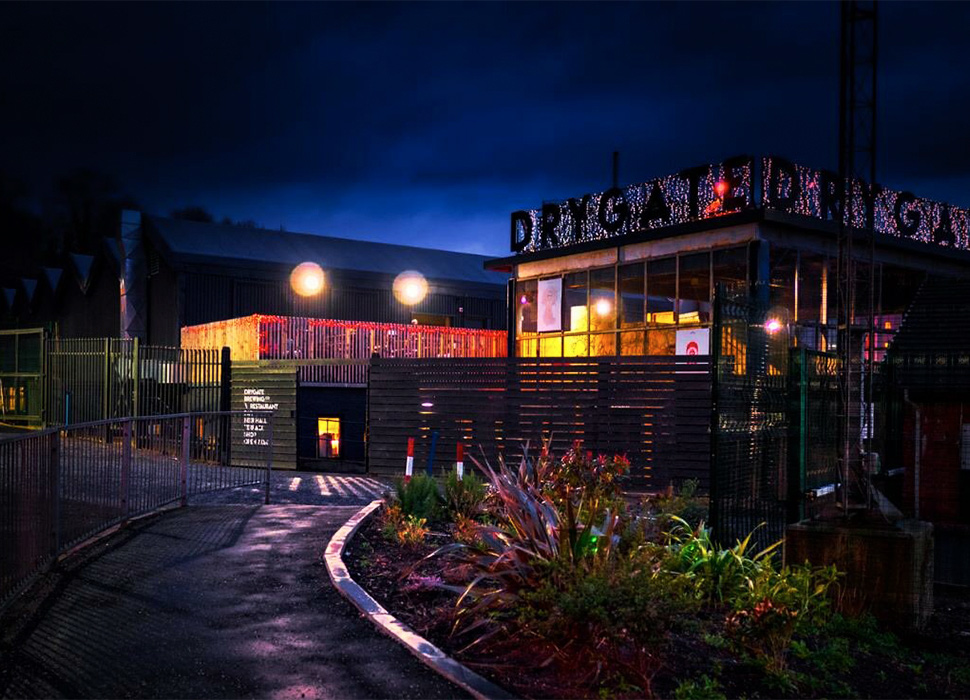 Hop to this ace microbrewery for a comprehensive fill

A short walk from the cathedral on the east side of the city, this pioneering microbrewery is a one-stop shop for beer, food, live music, comedy and more. You can nip in for a quick pint, but it’s worth making time for a meal at either the brasserie – which has 23 rotating taps, a specially curated can and bottle selection (we love the Mocha Milk Stout) and views into the brewery itself – or on the more casual terrace, which does great pizzas. A good time and laid-back, homegrown vibes guaranteed.

10. Celebrate the beautiful game at the Scottish Football Museum 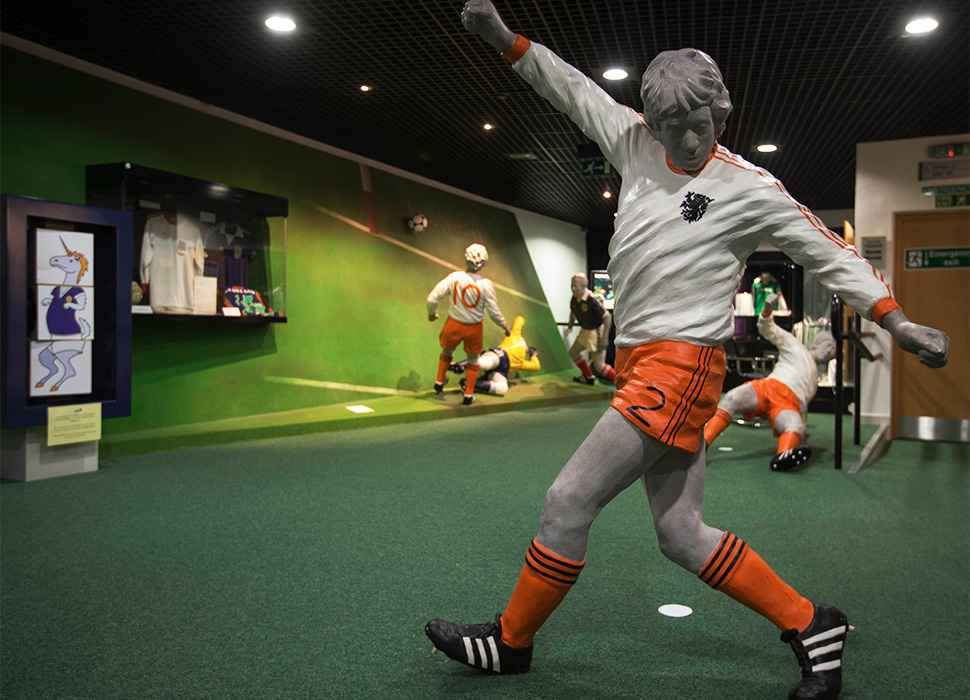 Kicking back at Glasgow's temple to football

Glasgow will forever be a football city, and Europe’s first ever national football museum doesn’t disappoint, whether you’re a die-hard fan or have a more casual interest. The 40,000 priceless objects across 14 galleries include the actual jersey and gloves worn by David Marshall during Scotland’s penalty shoot-out against Serbia, that saw the team qualify for Euro 2020. The museum is situated in the legendary Hampden Park, and the stadium tour, which takes in everything from the changing rooms to the steps that lead up to the trophy presentation area, is unmissable.