We're surveying Europe's cities and exploring the coolest, most-up-and-coming neighbourhoods across the whole easyJet network. This month, it's our guide to Edinburgh's foodie hipster haven of Leith

It often gets referred to as the Hackney of Edinburgh, but plenty would argue that Leith outstrips its London equivalent – it’s regularly ranked as one of the world’s coolest spots, and with good reason.

This town-within-a-city on Edinburgh’s northernmost fringe (it officially became part of the metropolis in 1920) used to be Scotland’s main port, but as with so many former industrial powerhouses the decline of sea trade left a void – Irvine Welsh’s 1993 novel Trainspotting and the subsequent film starring Ewan McGregor made the area synonymous with deprivation.

But that’s all in the past, and today it’s a haven of brewery taprooms, independent shops and brilliant places to eat and drink, thanks to various regeneration projects and an influx of young professionals and families who are by and large sensitive to and respectful of the area’s history.

So, why should you choose Leith? Read on to find out.

After even more in-depth eating deets? These are the places where Leith's gastro godhead Roberta Hall-McCarron likes to eat best.

Oh, and these are the best things to do in Edinburgh generally. 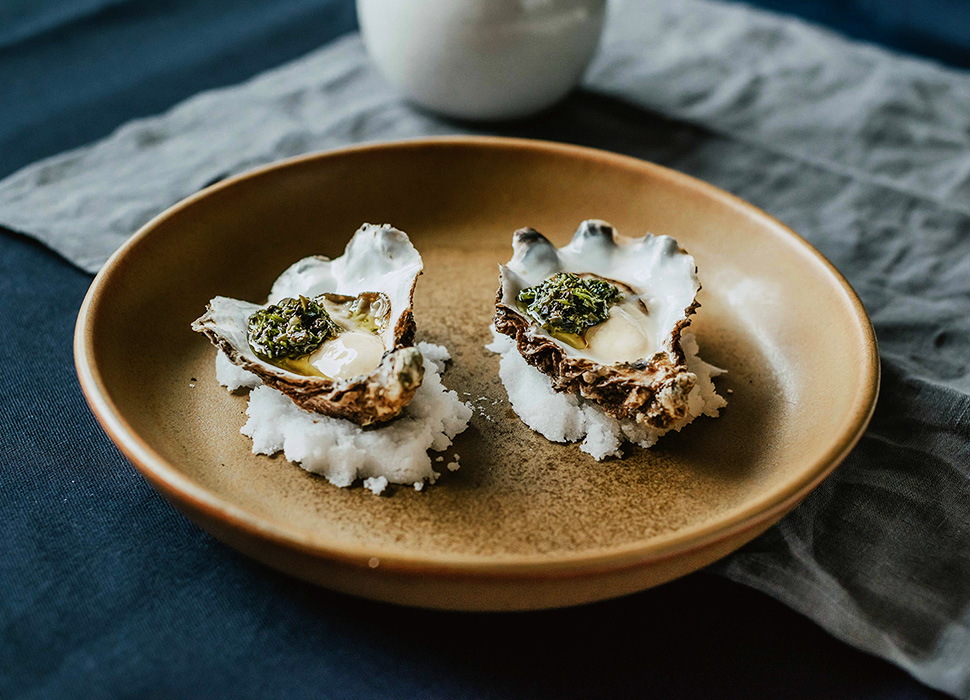 Leith is now well and truly on the foodie map, and chef Roberta Hall-McCarron to put it there. Her newest venture is Eleanore, occupying the space that was formerly home to The Little Chartroom, which just moved to Bonnington Road. Expect a pared-back selection of seasonal small plates inspired by Hall-McCarron’s childhood on the coast (oysters are never off the menu) with the fun, countertop dining feel of a wine bar.

For an unbeatable lunch stop, Alby’s on Portland Terrace has eye-popping sandwiches (think Coronation chicken katsu and so on) ‘and other wee bits’ like prawn toast to have on the side. Continuing on the dough theme, Bross Bagels in Leith Arches, which serves them Montreal-style, is fast becoming an Edinburgh legend. 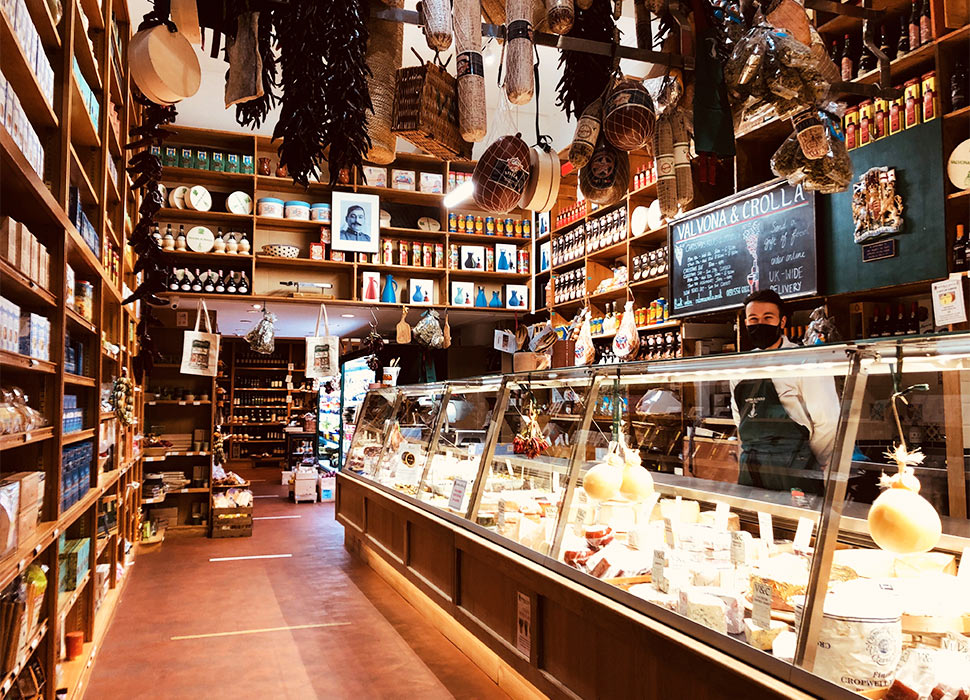 You won’t find any of the soulless chain stores that line Princes Street here: Leith is an independently minded shopper’s paradise. On Coburg Street, Coburg House is a handsome former granary that’s home to the studios of some 80 local makers: alongside a gallery and exhibition space there’s a shop full of wares fashioned mere metres away, from silver goods to one-of-a-kind prints.

For lovers of antipasti and fine Italian wines, Valvona & Crolla, Scotland's oldest delicatessen (it was founded in 1934), is a must-visit just off Leith Walk. And of course, there’s a brilliant independent bookshop: Tardis-like Typewronger Books, on Haddington Place (as the name suggests, they also repair typewriters). 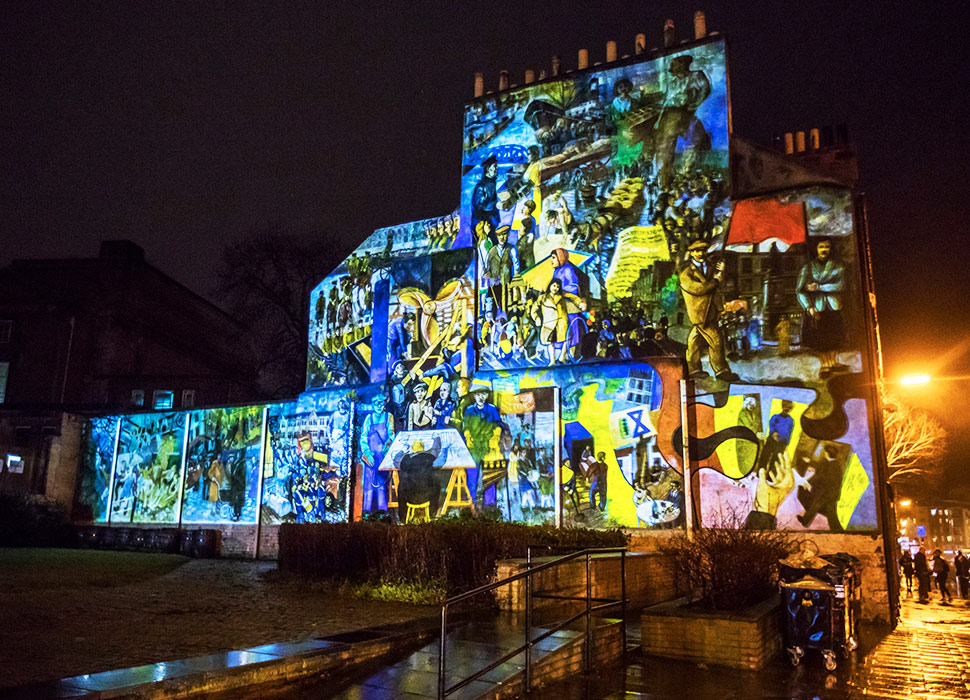 As you’d expect from such a storied part of town, Leith has more than its fair share of museums. Maritime attractions abound: Trinity House is full of naval treasures, from narwhal tusks to navigational instruments, and has been kept in perfect period nick so you can get a feel for life in Leith during the Georgian era.

And of course, there’s lots of booze-based history to soak up. The slick Tower Street Stillhouse runs tours in conjunction with The Electric Spirit Co, where you can learn all about the company’s gin. A distillery next door is being completed as we speak, which will run tours offering a peek at the production of port, sherry and single malt. Finally, don’t forget to stroll past the Leith History Mural on North Junction Street: it was painted in 1986 by Tim Chalk and Paul Grime, and shows scenes of life in the area. 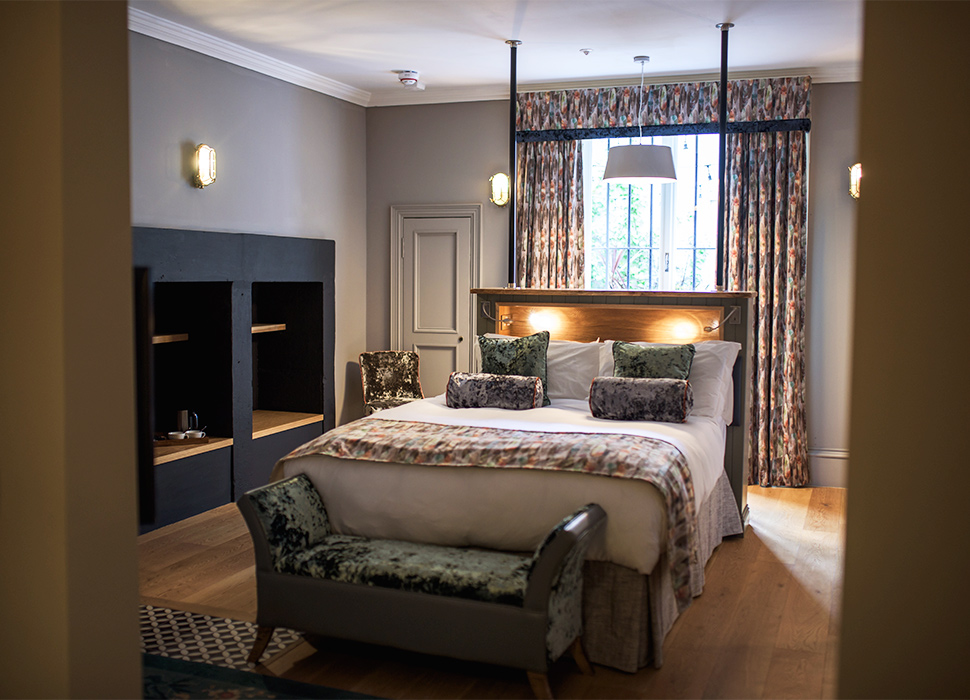 Leith’s still playing catch-up with the rest of Edinburgh hotel-wise, but for a historic boutique feel No 11 on Brunswick Street is the place to book. This beautifully appointed Georgian townhouse, very close to Leith Walk, used to be the Black Watch regimental club, and legend has it that the still-cracked tiles on the front step got that way after too much enthusiastic rolling of barrels over them. The suites have enormous four-poster beds and the restaurant serves a five-course tasting menu.

If you aren’t content with being near the water and actually want to sleep on it, 23-bed Fingal – the sister ship to the Royal Yacht Britannia – is moored at Ocean Terminal, and bills herself as ‘Scotland's first luxury floating hotel’. 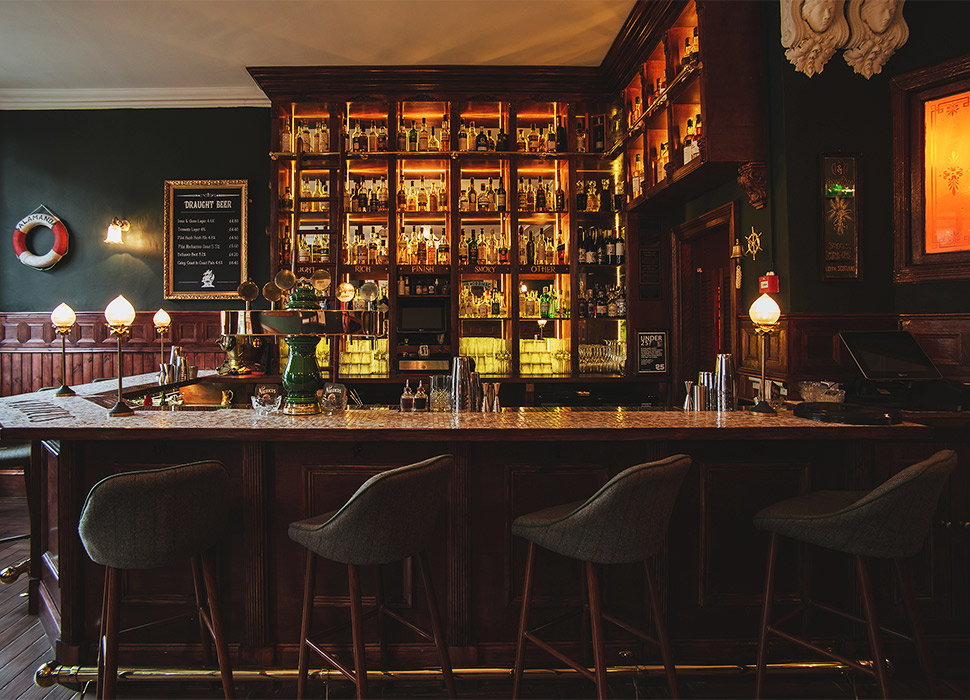 Set sail to woozier waters at Nauticus / Image: Till Britze

The vibe here is more pubs than clubs, but that doesn’t mean you’ll be tucked up in bed with a cocoa at half past ten. Much-loved Leith Walk dive bar The Mousetrap calls last orders at 1am at the weekends, with pinball machines, live music and dangerously well-priced cocktails on offer.

Nauticus, whose sister bar Panda and Sons was in the World's 50 Best Bars list last time round, has a shipshape captain’s cabin feel and offers ‘drinks voyages’ inspired by Leith’s history as a port: with spice routes, gin distilling and the wine trade all featuring, you might not want to set your alarm clock. 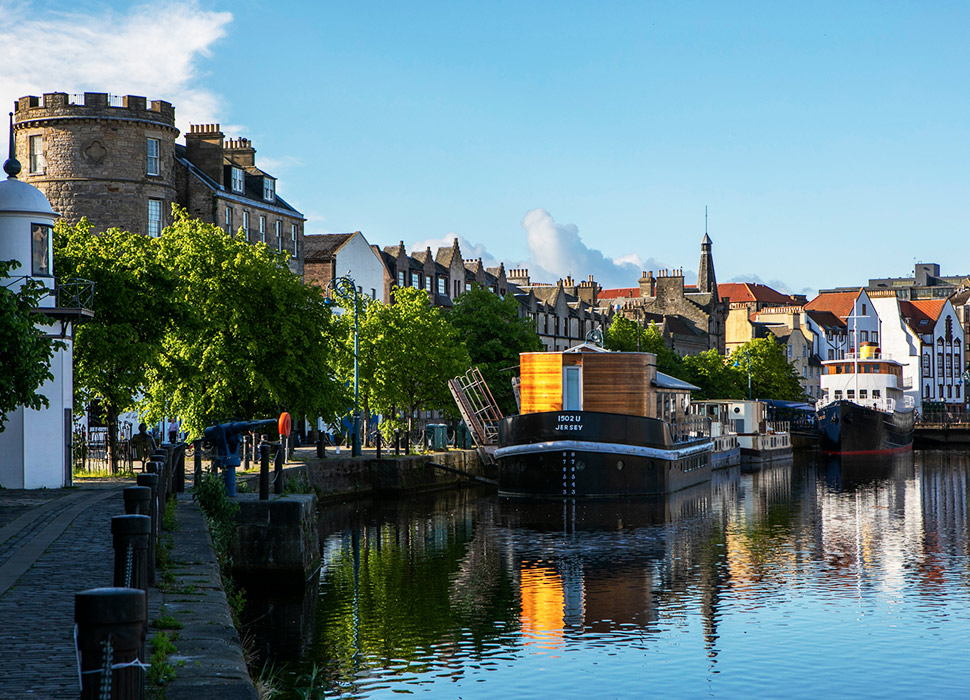 In three words? Lust for Leith.

Claim to fame? Aside from Renton, Begbie, Spud and Sick Boy’s antics? The Royal Yacht Britannia docked for the last time at Leith before being decommissioned in 1997 – the ship is still berthed there, and attracts hundreds of thousands of visitors each year.

Beers, wine, cocktails? A bottle of something funky at Toast, Edinburgh’s first ‘wine cafe’. Sip a curated flight of biodynamic, organic and natural vintages in this former gallery space on The Shore, or sign up for one of the regular friendly tasting evenings – well worth raising a glass (or several) to.

Dress code? Casual cool, with something suitably heavy-duty on top to keep the cold out: it gets chilly up here, especially after dark. You’ll want something sensible on your feet too – Edinburgh is a supremely walkable city to explore, and Leith in particular rewards wanderings.

Friendly locals? Very – there’s none of the fustiness you might find in other parts of town. For a taste of life as a local after dark try The Port O’Leith, which has an unobtrusive nautical theme, or Smoke & Mirrors, which serves beers made in the area served in schooners (two thirds of a pint).