Winding cobbled streets, snug old pubs and authentically wintery weather make Edinburgh the perfect place for a seasonal break. Here’s where to ‘coory’ in the capital (it means snuggle in Scots)

Edinburgh may transform into the arts capital of the world in summer, its exuberant festivals filling every space and attracting tens of thousands of international visitors. But, come winter, this ancient, magical city has a charm that even the challenging Scottish weather can’t dampen. The city’s hardy inhabitants know how to make the most of this season: brisk walks up urban hills to enjoy snow-specked cityscapes, warming drinks in couthy pubs, head-to-toe woolly clothing to make everything seem jollier and making the most of the enchanting Christmas markets that see the city’s famous greyed sandstone buildings sparkle. Embrace the winter and you'll see a side to Edinburgh you'll want to return to again and again.

Looking for good grub in Auld Reekie? Let Roberta Hall-McCarron from Edinburgh’s The Little Chartroom give you the inside track on where to dig in.

Lace up your walking books and embrace the chill with a hike up these stunning Munros near Edinburgh. 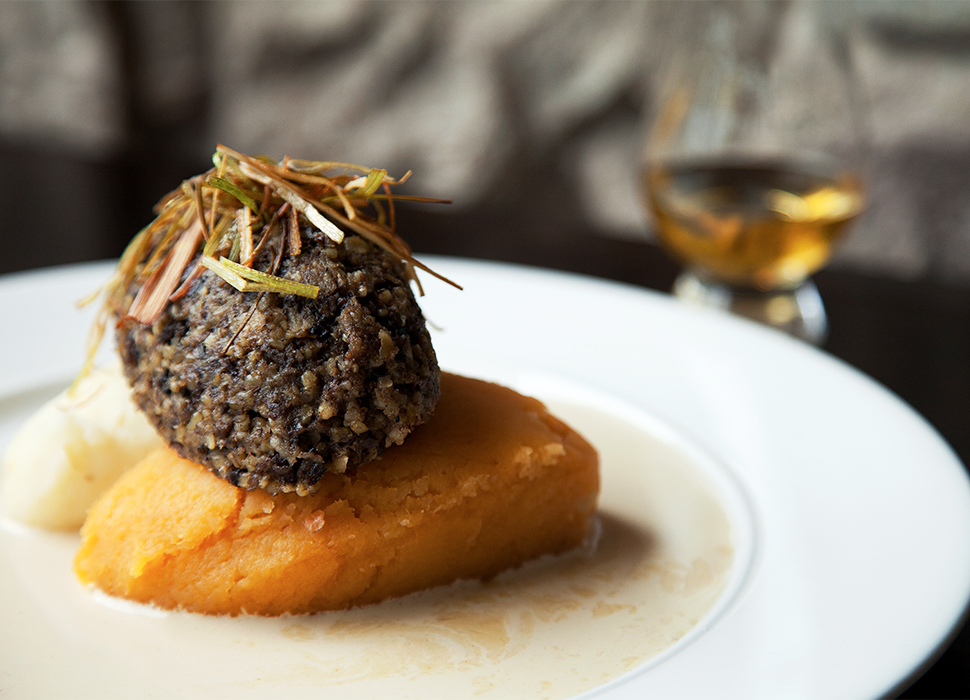 Haggis is one of the world's great comfort foods – stodgy, spicy and served piping hot. You'll find it all over Edinburgh, but the version at Whiski, a modern whisky bar on the central Royal Mile, is worth seeking out. It strikes a balance between tradition and fanciness, and comes with the proper neeps (turnips) and tatties (potatoes). Have it with a peppery and sweet Talisker whisky on the side.

Basel's Christmas Market is full of festive magic this winter

Clad yourself in Edinburgh's cosiest shop 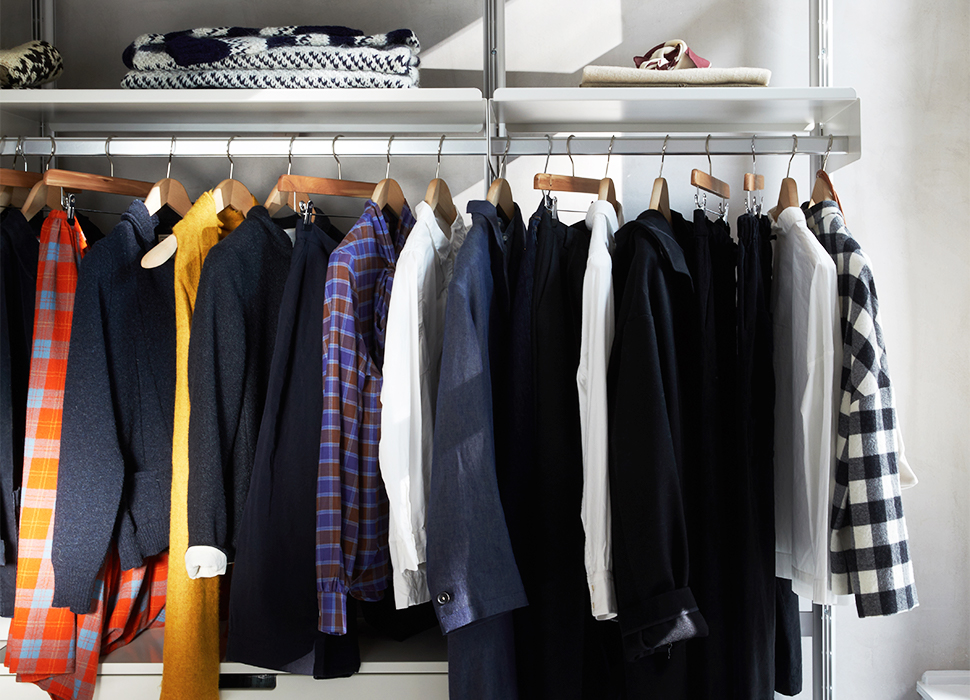 Keep the chill at bay with Dick's

Stockbridge, a handsome neighbourhood off the tourist trail, offers lots for the cold-weather visitor – a great farmer's market, walks by the rushing Water of Leith, and Dick's, purveyor of the kind of clobber to see you through the wildest winter. As well as warm coats, stout boots and wraparound scarves, there's plenty of handmade jumpers and cardis from the likes of Jamieson's of Shetland. Scottish knitwear is second to none, for good reason.

See the Christmas lights in the city's green heart 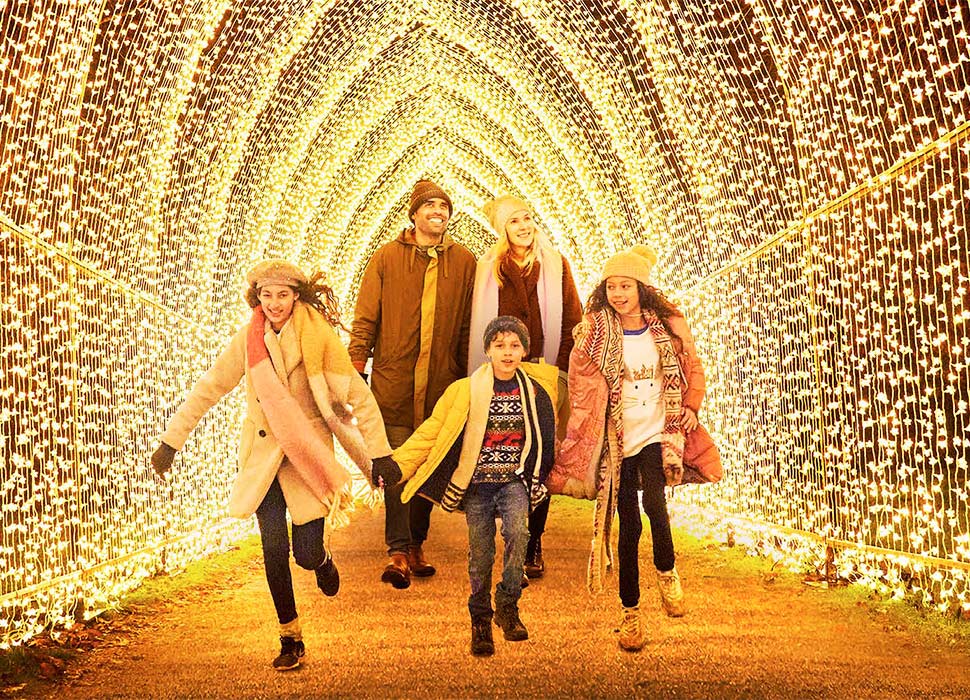 Edinburgh's esteemed Botanic Gardens in the Inverleith area are a treat at any time of year, but it’s only in winter that they’re given a glistening makeover. As the festive season approaches, the blooms are dressed up for Christmas at the Botanics with over a million fairy lights, lake-side illuminations, a flame-lit fire garden and sparkling tunnels. This year you’ll find them dotted among the 200-year-old verdant grounds between November 17 and December 30. Who needs actual flowers and SAD-alleviating sun when you can look at gigantic light-up foliage? 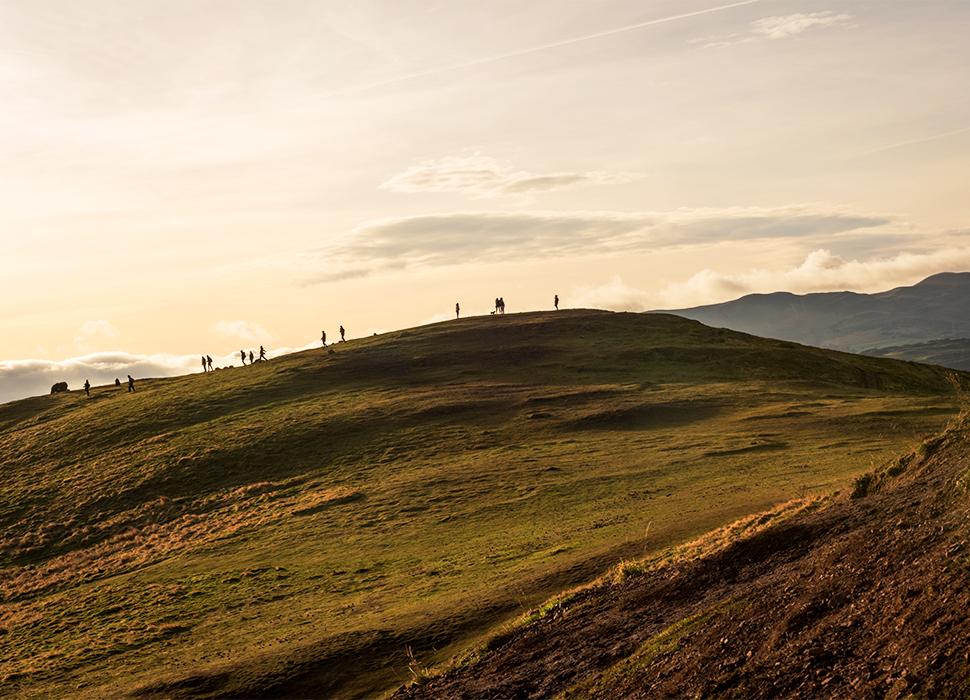 Edinburgh residents are justifiably proud of Arthur's Seat – where else can claim to have an extinct volcano in a royal park in the middle of their city? A hike up here ticks off several chilly-day must-haves: some brisk exercise to warm you up, a spectacular 360 of the city and surrounding country, and an opportunity to drop by one of Edinburgh's finest pubs, the ancient and atmospheric Sheep Heid Inn in Duddingston, for a reviving drink. 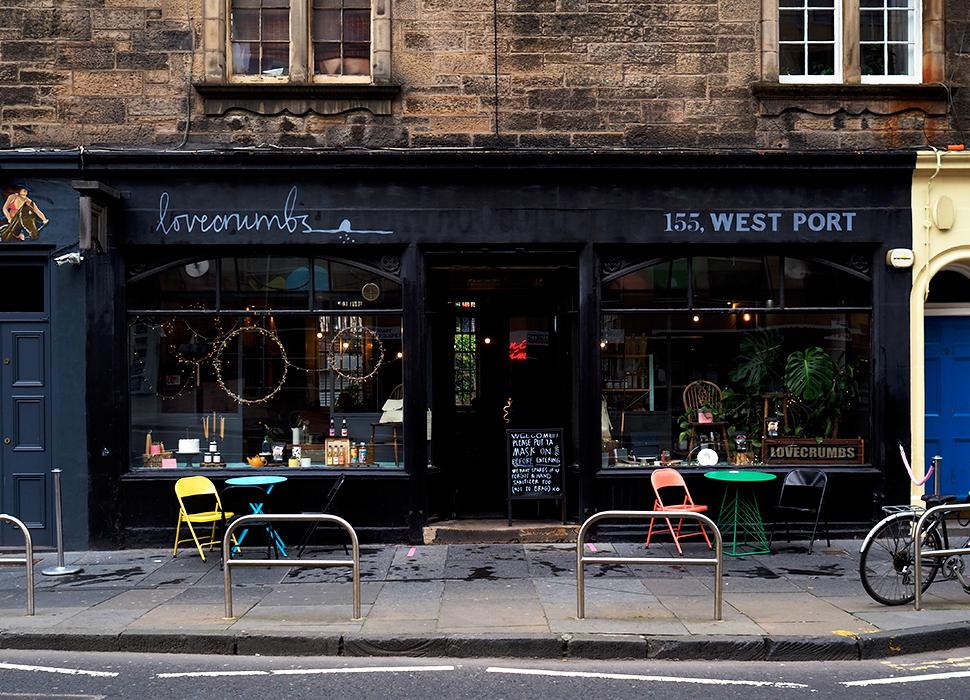 North of the city centre is Leith, the traditional dockland area with a proud past and an independent spirit. It's here that Andy Colman set up the Port of Leith Distillery, the first single-malt purpose-built distillery in Edinburgh for over a century. Their whisky isn't quite ready yet – these things take time – but their Lind & Lime gin is popular all over the city, meaning Andy's a great person to ask about where a visitor should go this winter in search of some local hospitality.

The artisan bakery
"Edinburgh has a wealth of fantastic coffee shops but our favourite has to be Lovecrumbs, the original on West Port or Mini Lovecrumbs in Stockbridge are great spots to cosy in for a coffee and indulge in a cake. They recently opened their own bakery, Nice Times Bakery, and the cakes have been elevated to another level."
The local cocktail stars
"We head to Nauticus Bar in Leith. Kyle and the team curate a list of wonderful modern cocktails as well as having a fantastic whisky selection which the team are always happy to help you explore."
The secret wine bar
"Good Brothers wine bar, tucked away up Dean Street in Stockbridge, has a fantastic list of wines by the glass, or the bottle if you feel like settling in for a while."
The neighbourhood bistro
"For somewhere more central, LeftField is a small bistro on the corner of Bruntsfield Links serving a menu of local, seasonal fare with a focus on seafood. Their sharing platter is a particular treat."
Book flights to Edinburgh Book holidays to Edinburgh

Get lost in immersive art 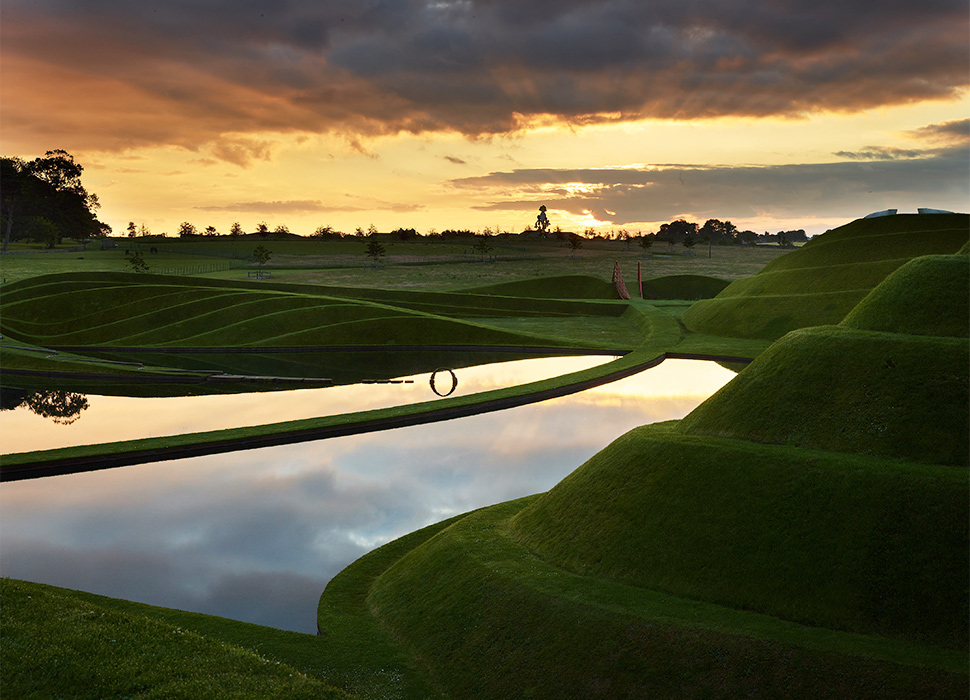 This open-air sculpture garden is well worth the 25-minute drive out of the city (catch the number x27 bus to get there without a car). Founded by philanthropist art collectors Robert and Nicky Wilson in 2009, Jupiter Artland lies in a 100-acre woodland estate in the grounds of nineteenth-century Bonnington House and is home to a top art collection with eye-popping sculptures from artists including Phyllida Barlow, Anish Kapoor and Antony Gormley. As you enter you’ll see Charles Jencks’s otherworldly landscape ‘Cells of Life’: eight Teletubby-style sculptural hills sweeping around four lakes. Keep exploring to find works hidden in forests and half-submerged in lakes. In winter, don’t miss its Christmas Fair (December 3-4 2022) where you can pick up unique stocking fillers from artisan craft stalls. 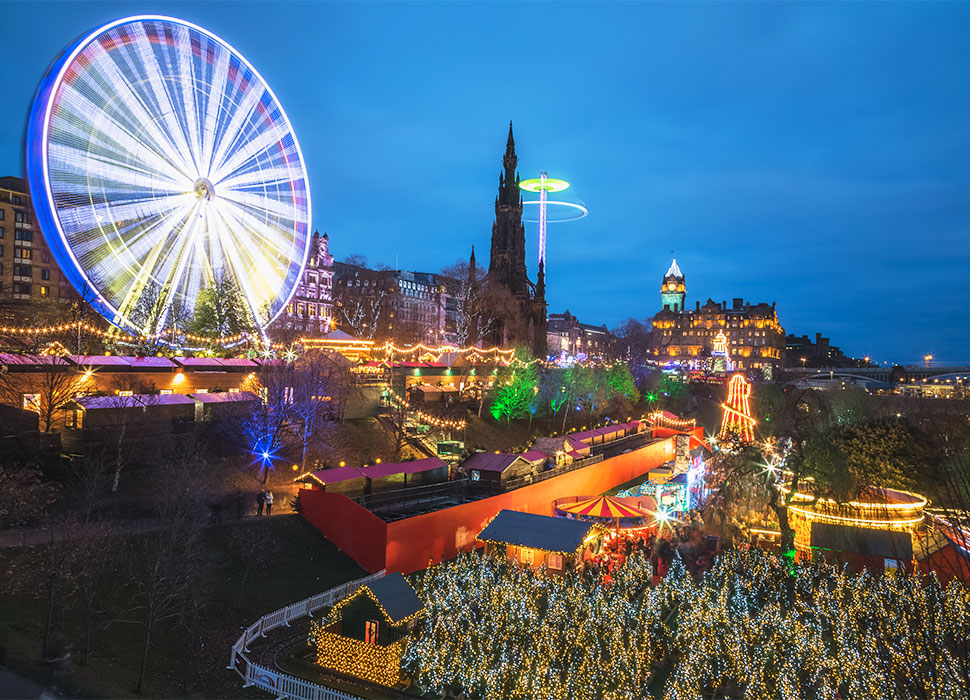 Sure, all Christmas markets look pretty with their crimson-cut chalets and twinkling pea lights but slap one in the middle of the Gothic resplendence of Scotland’s capital city and you’ve got a scene worthy of a Christmas card. Come November, Christmas markets are smattered across central Edinburgh. These include long-standing favourites in Princes Street Gardens and The Mound. This year also brings new sites in Old Town’s Parliament Square and New Town’s Castle Street, with the latter specialising in artisan Scottish produce. Catch the markets, from the folks behind London’s famous Winter Wonderland in Hyde Park, from November 19 2022 to January 3 2023. Look out for a Santa’s grotto, an ice rink, fairgrounds, performances and mulled Irn Bru. Enchanting. 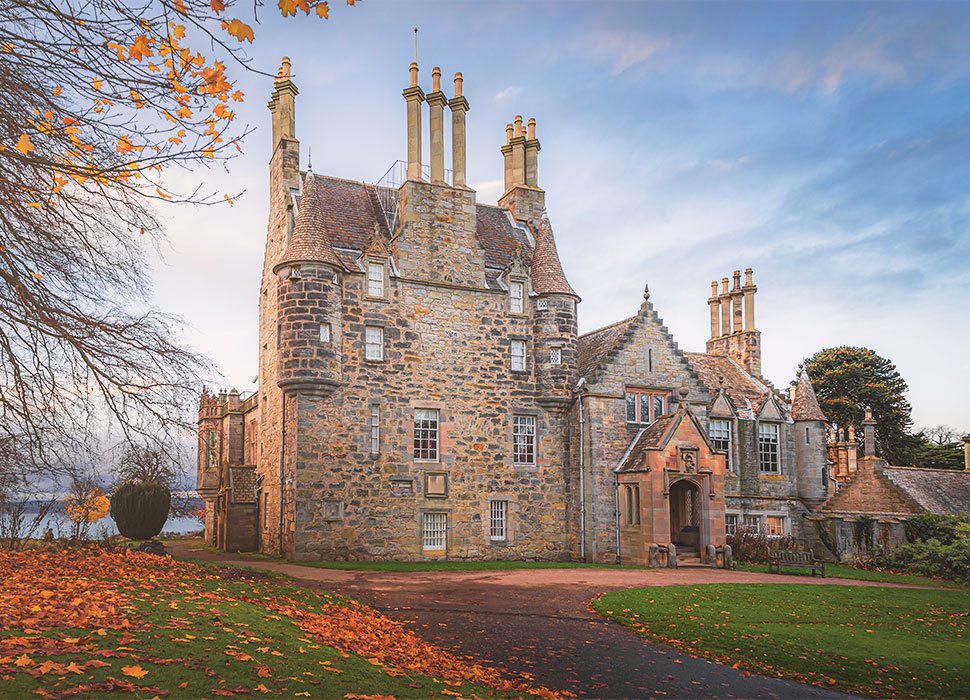 Towering above the town atop an extinct volcano, Edinburgh Castle may dominate the city skyline, but there’s another grand pile worth making a beeline for. Located in Cramond in the north west of the city with staggering views across the Firth of Forth, Lauriston Castle’s tranquil grounds are a world away from the bustling city centre and pack in woodland walks, a beautiful Japanese garden, a 16th-century tower house and quaint Edwardian interiors. The hidden gem really comes into its own in the build-up to Christmas when its historic rooms are decked out with splendid Edwardian decorations and crafts workshops, storytelling and special tours take over the castle.

Get toasty at a steamy live music session 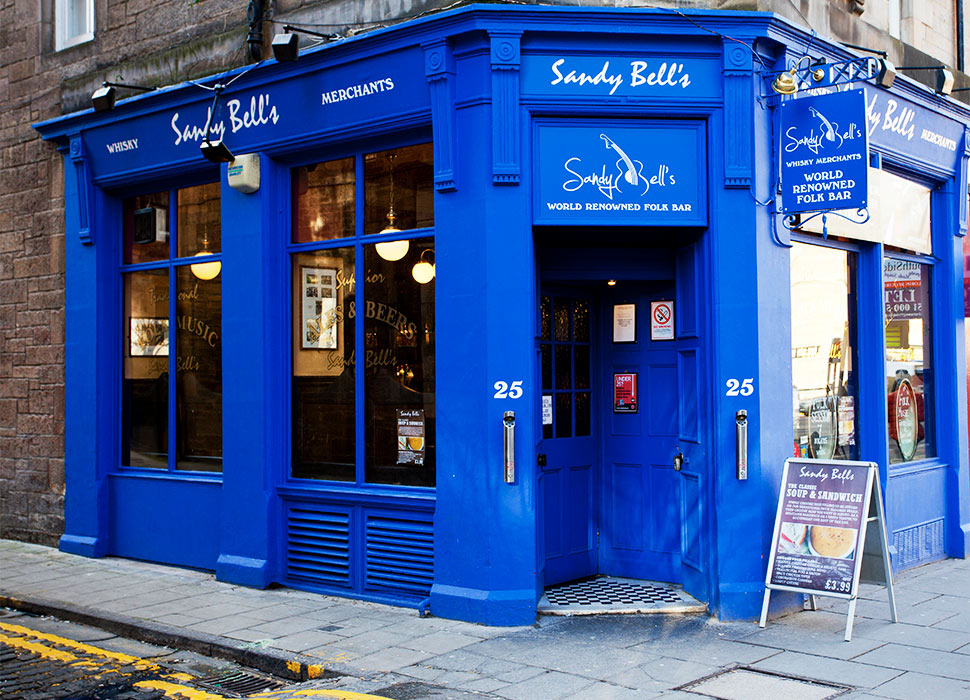 It can get pretty chilly this far North, but Dunediner’s have come up with a solution: pack as many people into a pub as possible and get a bunch of them to play music until the whole place is toasty and steaming. One Edinburgh venue that has this tactic down to a T is Sandy Bell’s. Its cornflower blue sign describes it as a ‘world-renowned folk bar’, and they’re not kidding. The bar’s nightly trad music sessions have been a feature here since 1942 and everyone from influential fiddlers to local novices has tested their arm. The owners describe every night here as ‘unique and unpredictable’. Pst – there are spare instruments above the bar if you fancy joining in.