Ben Vorlich has knockout views over the Trossachs and towards the Highlands / Photo: Adobe Stock

Mountaineering in Scotland: 6 Munros to bag near Edinburgh

Lace up your stoutest boots, slip on your wooliest hat and pack the Kendal Mint Cake – it's time to climb some hills

Ben Vorlich has knockout views over the Trossachs and towards the Highlands / Photo: Adobe Stock

Ever wondered why so many Scottish mountains are called Ben? It means 'hill' in Gaelic, that's why – but Scottish mountain naming doesn't stop there. Any peak over 3,000 feet (914.4m) gets to be called a Munro, after a baronet with a zeal for classification who listed them all in the 19th century. There are 282 around the country, and it's a popular sport to summit them all. If you're only in Scotland for a short while, though, here are six that are relatively easy to get to from Edinburgh. (As always, only attempt a climb like this if you're experienced in mountain environments and you have the appropriate equipment and clothing.) 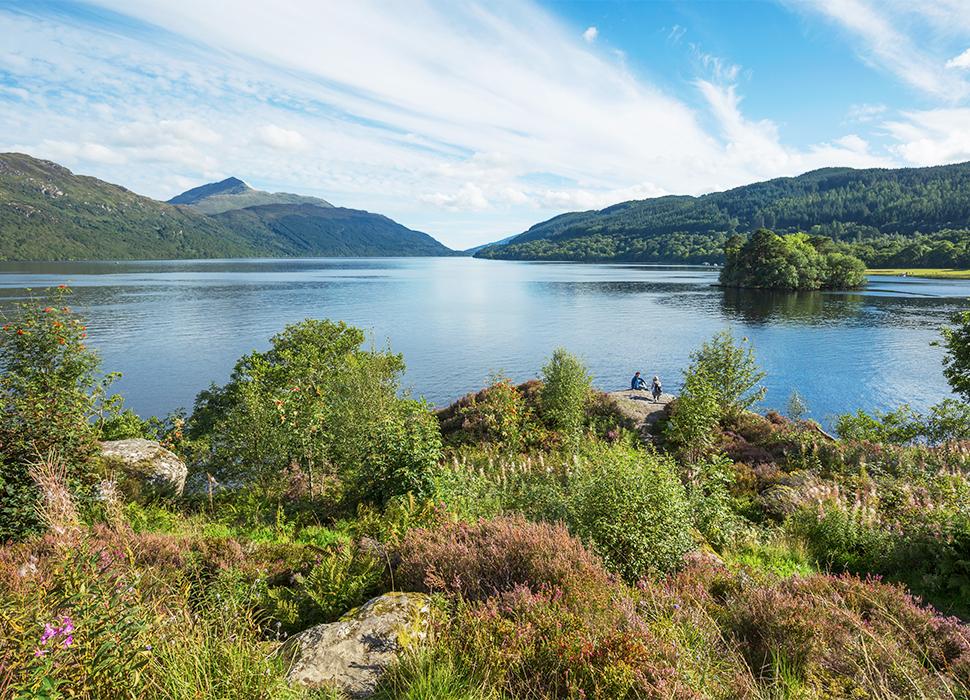 The most southerly Munro is a popular first to ‘bag’ thanks to clear paths to the top and the fact it's easy to get to from Edinburgh and Glasgow. On clear days, summit views stretch across the bonnie banks of Loch Lomond as far as the lovely island of Ailsa Craig. Ben Lomond is in the Trossachs, one of Scotland's two national parks and a wild area of lochs, forests and glens. 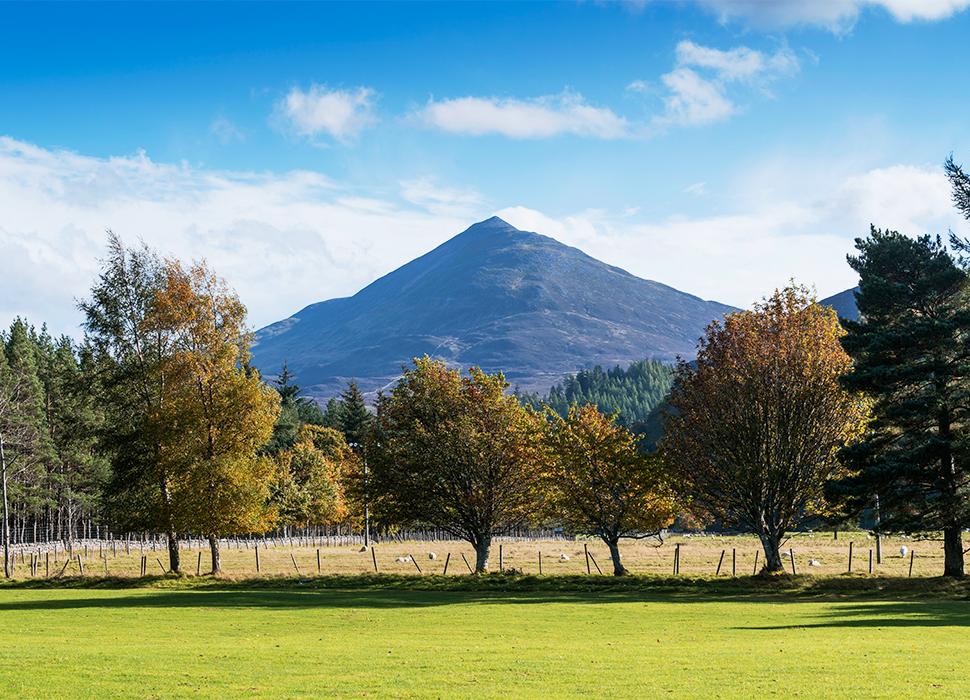 Seen from Loch Rannoch, Schiehallion rises like a cone in the heart of Scotland, but is actually a pleasant climb. It's got some pedigree: mathematician Charles Hutton invented contour lines here as part of an experiment to measure the Earth’s mass. More recently, its name has inspired a popular craft lager from Harviestoun Brewery in Alva. There's a well-maintained path, but that doesn't mean it's an easy climb – such a stunning view requires effort. 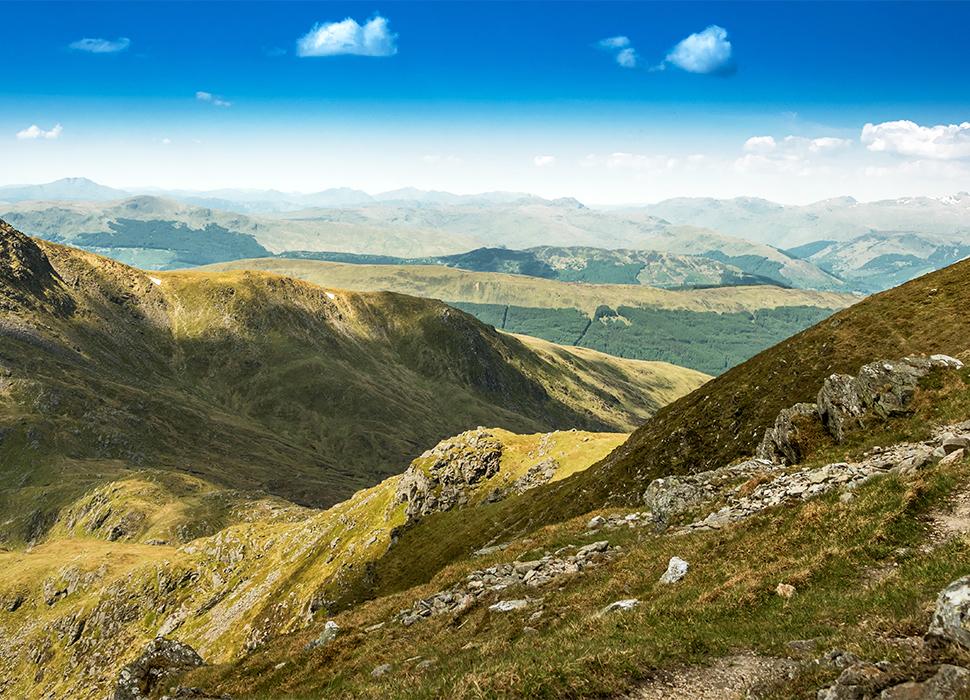 The ﻿Ben Vorlich you're looking for / Image: 123rf

This rolling peak can be found on the boundary between the Highlands and Lowlands, where the scenery begins to get a lot more rugged. The option here is for a single summit or a challenging two-for-the-price-of-one by continuing from Ben Vorlich to neighbouring Stuc a’Chroin. (Make sure you get the right hill – there are two in the loch-strewn Trossachs called Ben Vorlich; it means 'mountain of the bay'.) This hulking pair are visible for many miles around, leaving aspiring ascenders in no doubt what they're getting into. 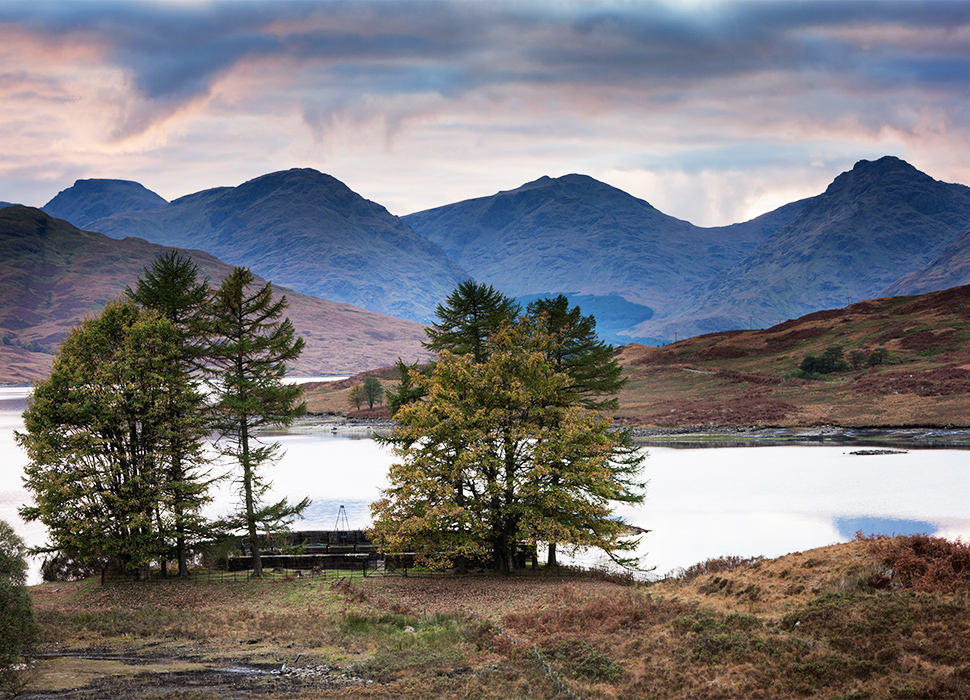 Beinn Narnain is nestled in the Alps (no, not those Alps) / Image: 123rf

Nestled among the Arrochar Alps in the west of Scotland (rather easier to get to than the actual Alps) the rocky Beinn Narnain – like many in Scotland, 'Beinn' uses the original Gaelic version of Ben – requires a wee bit of scrambling, but rewards with classic mountain and loch views. Given its proximity to Edinburgh and Glasgow it's unlikely you'll have the mountain to yourself, but there's enough glorious landscape for everyone. 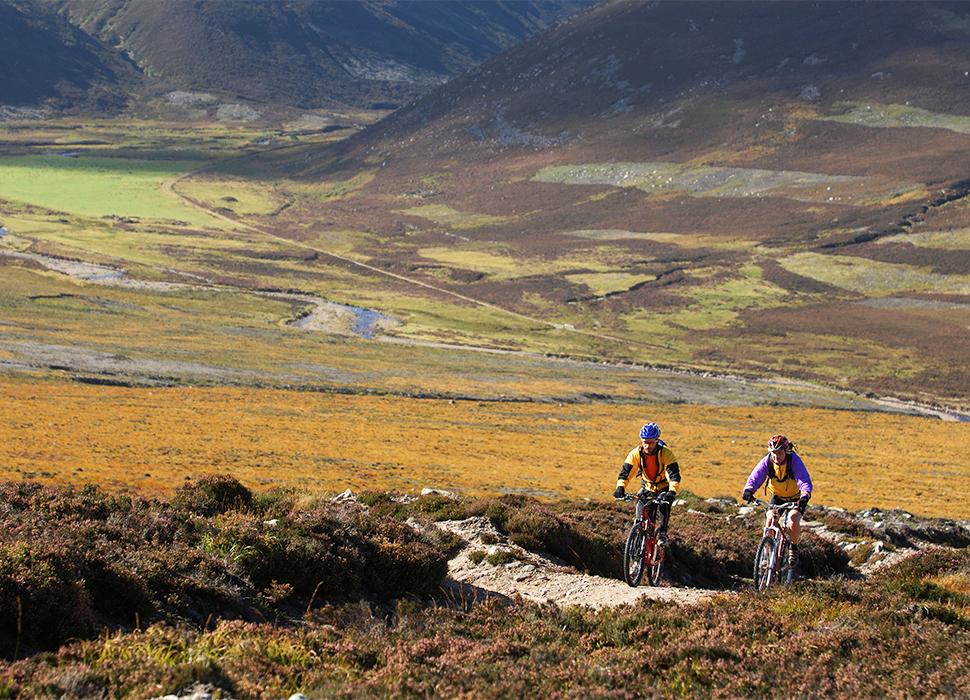 You can even cycle some of the way up, if you're especially 'keen' / Photo: Alamy

Scotland's most easterly mountain looms over moorland in the former county home of Sir Hugh Munro, who first catalogued these lofty Scottish peaks. Since his day, smaller hills known as Corbetts and Grahams have been classified to encourage even more mountaineering (and list-ticking), but Munros remain the most coveted among climbers. 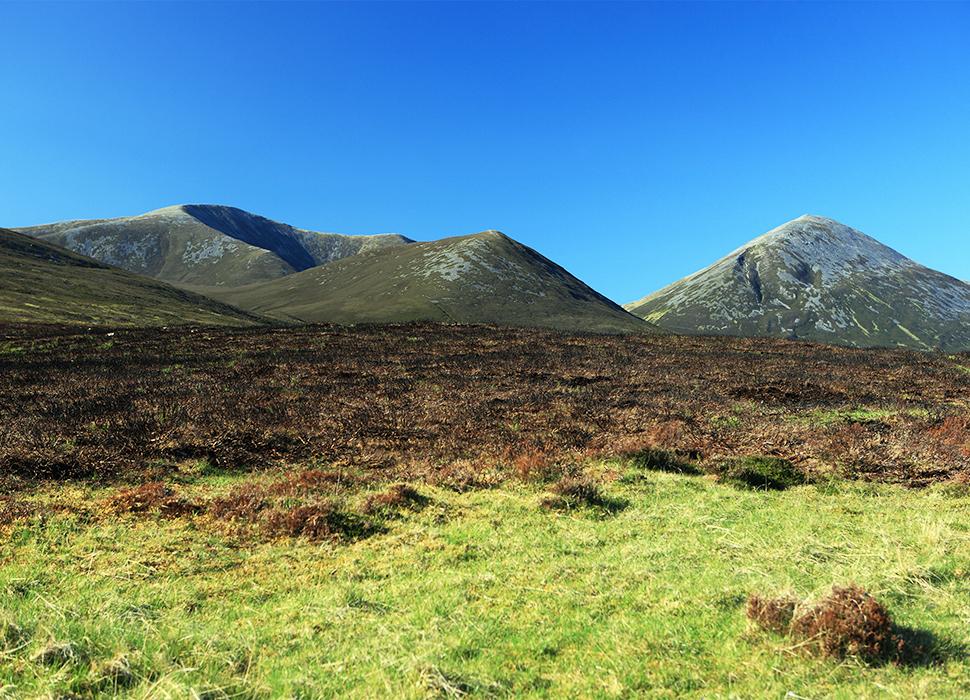 One of the quickest ways to trade the castle-on-a-hill in Edinburgh for proper crags is a jaunt up heather-clad Carn Liath, the smallest of the Beinn a’Ghlo trio (the others are Braigh Coire Chruinn-bhalgain and Càrn nan Gabhar – yes, Gaelic is very different from English). A car is the easiest way to get to the starting point, which is near the jolly village of Blair Atholl, perfect for a post-climb cup of tea.