The best things to do in Edinburgh

From city-centre mountains to contemporary theatre, verdant gardens and marvellous Michelin fare, the Scottish capital has it all. Here are our must-sees

1. Take to the shores of Portobello Beach 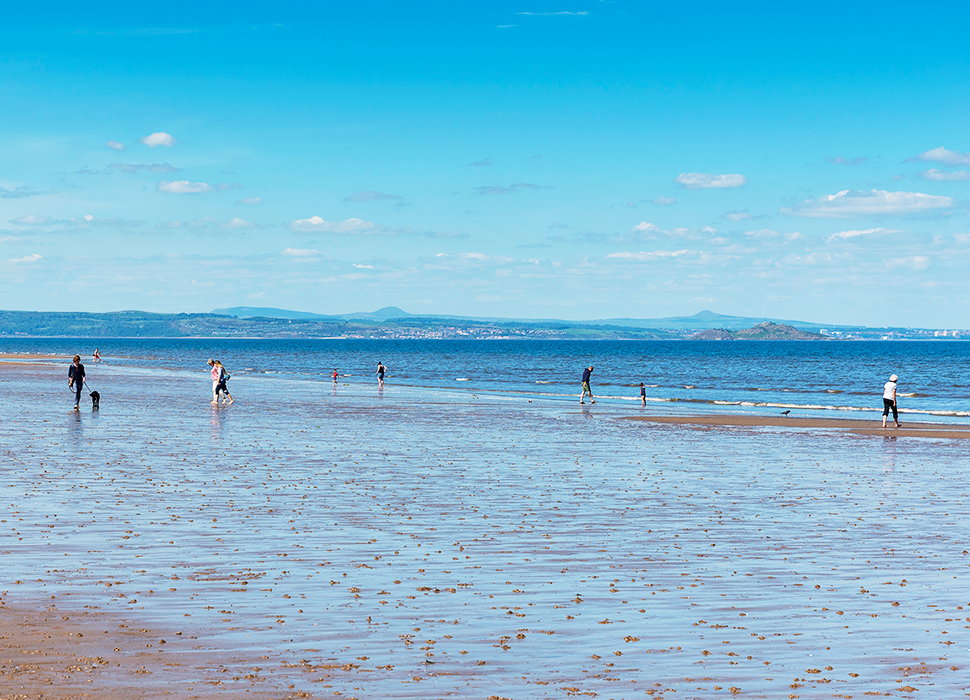 As more young families have moved to the Edinburgh suburb of Portobello – and more quality cafés and bars (the Little Green Van is a fave) open along its two miles of sandy beach beside the Firth of Forth – it’s become an increasingly bustling destination for locals and visitors alike. Find playparks and some subtly grandiose Victorian swimming baths next to the shore, relax and watch the rowing clubs and all-weather wild swimmers (yup, winter included), or get immersed in the glassy waters yourself.

2. Feel the Highlands in miniature at Holyrood Park 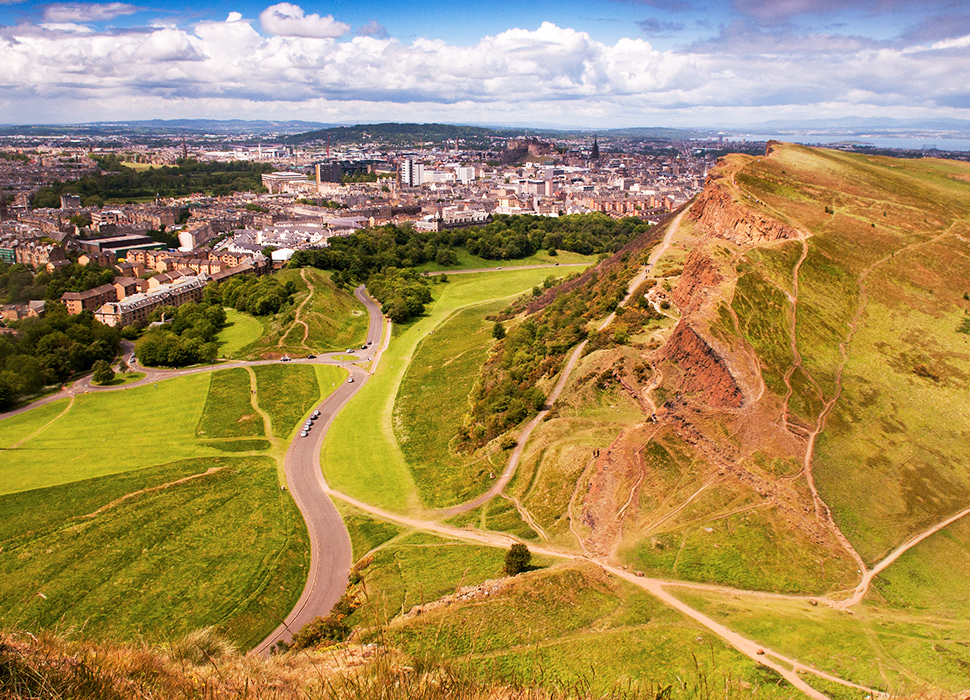 Taking an amble up Arthur's Seat is a rugged must / Image: Getty Images

As Holyrood Park owned by the Crown, and is part of the estate which includes the British monarch’s official Scottish home, the Palace of Holyroodhouse, it's mercifully immune to building development, despite being mere minutes’ walk from the city centre. Topped off by the 251-metre, formerly volcanic peak of Arthur’s Seat – which affords incredible panoramic views – and with mini-lochs, ruins and notable wildlife all around, it’s a Highland microcosm in the city’s heart.

3. Feed your brain at the National Museum of Scotland 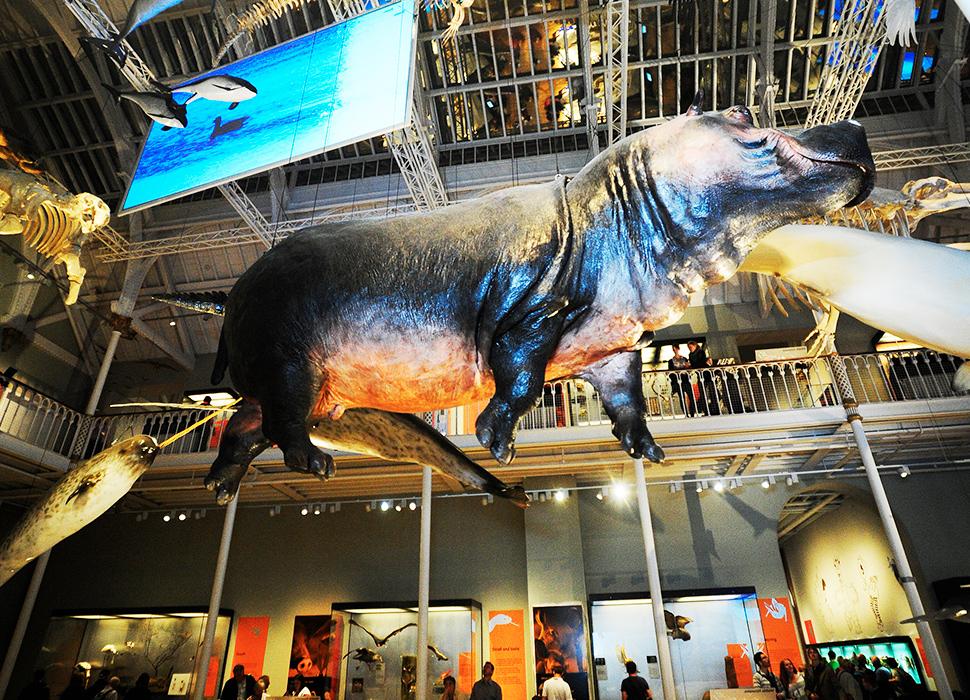 Reopened in recent years after an extensive upgrade and renovation, the free-entry National Museum of Scotland is an essential stop for inquisitive visitors, particularly those looking to keep young families entertained. The grand hall is a stunner, and extensive and enlightening exhibits – taking in everything from wildlife and space, to modes of transport and Scottish history – are enjoyably hands-on. There are also two well-used kids’ play and learning spaces, two cafés for caffeine-spiked breathers, and a larger exhibition for space for big-ticket shows.

4. Soak up a panoply of awesome art at the Scottish National Galleries 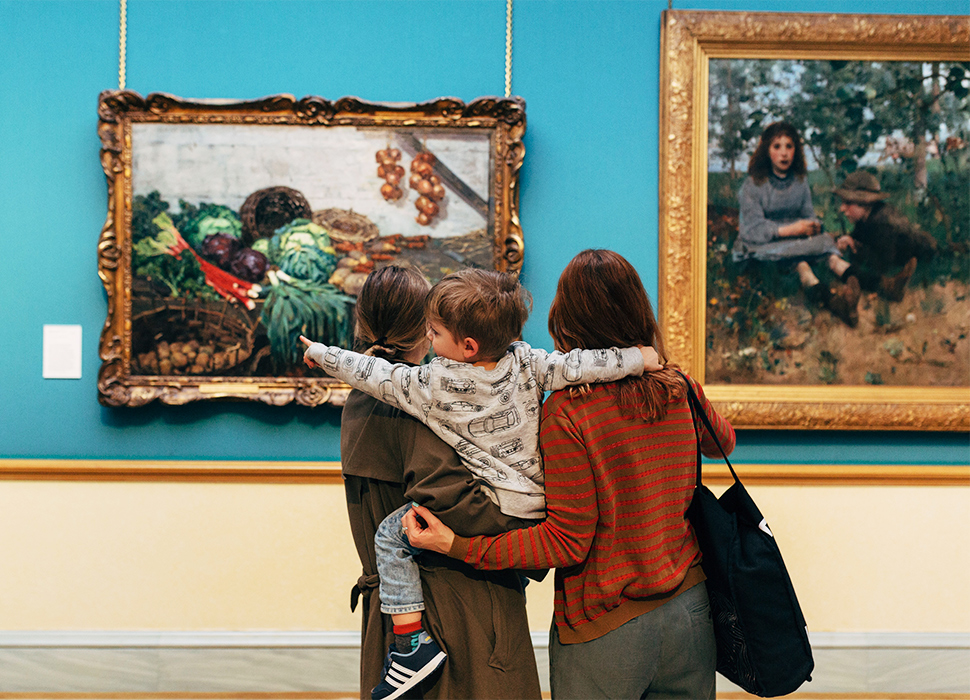 The SNGs offer an art attack for all ages / Image: Wonderhouse

5. Get closer to nature at the Royal Botanic Garden 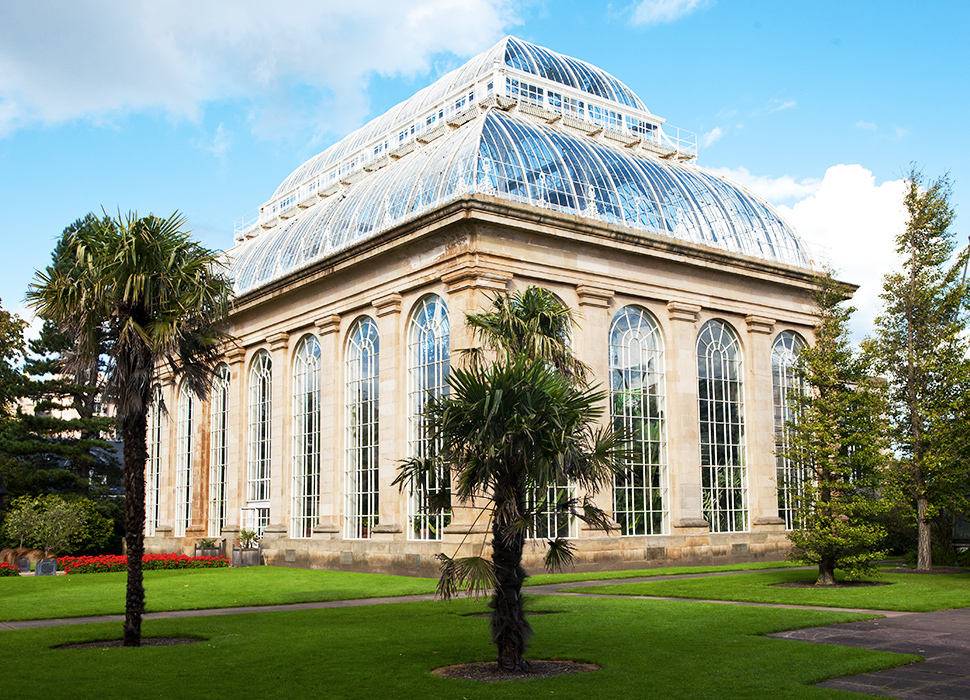 A moderate stroll to the north of the city centre takes you to this verdant garden oasis, the walkways of which lead the visitor through arboretums, woodland gardens, Chinese hillsides and balmy glasshouses, showing off a vivid paradise of plants and flowers from around the world. With two handy caffs, two dedicated exhibition spaces and the usual gift shop (that'll be the first stop, then) and activity spaces, the Royal Botanic Garden is a fine place for families to get lost together amid the greenery for an afternoon. 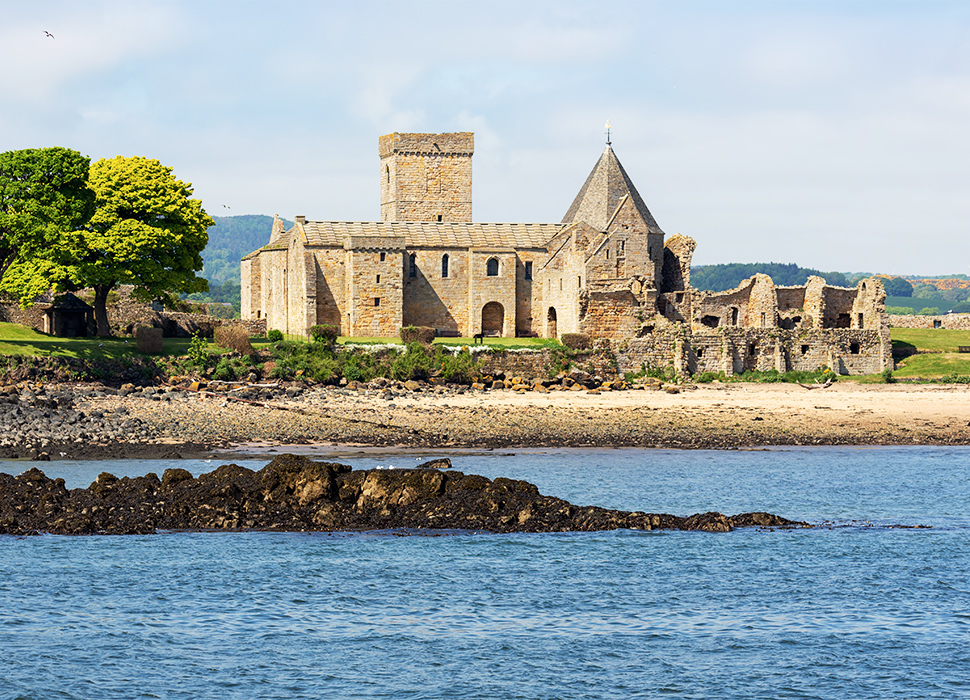 Although the island is technically part of Fife, cruises on the Firth of Forth to the compact Inchcolm Island – home to a 12th-century abbey, seabird colony and World War II gun emplacements – leave from North Queensferry, a short vehicular journey from Edinburgh and technically one of the city’s suburbs. Trips also offer unique views of the mighty Forth bridges and of Edinburgh itself, and maybe even a glimpse of the odd seal bobbing in the steely waters.

7. Get chin-scratching over Scotland's hottest new playwrights at Traverse 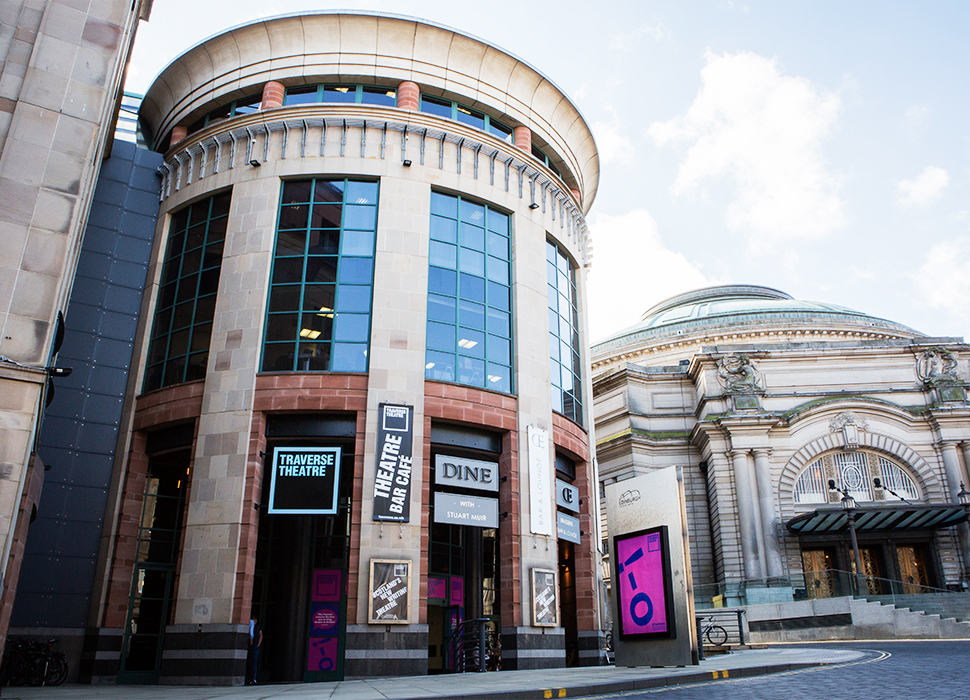 There are a number of fine theatres of all sizes in Edinburgh, but the Traverse – which proudly and correctly refers to itself as ‘Scotland’s new writing theatre’ – is where much of the most relevant and exciting new work in the country originates. With one spacious auditorium, one compact room and a bustling subterranean bar for your interval snifters, the place is a particular hive of activity during the Edinburgh Festival. 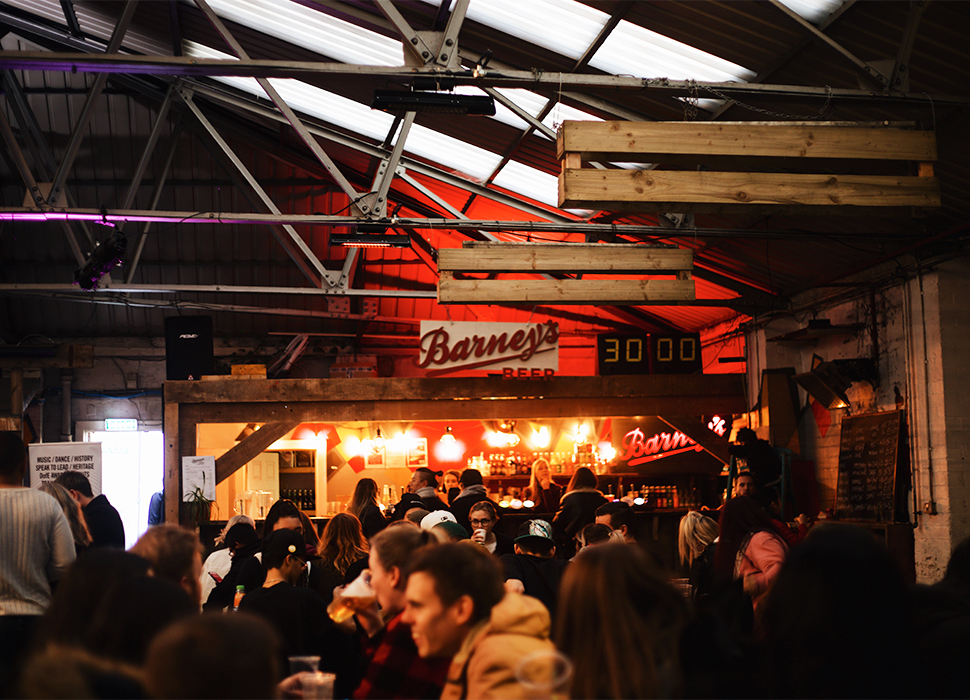 Starting life as an industrial yard in Leith hosting a few pop-up food and drink outlets, The Pitt has grown into the warehouse next door to become one of Edinburgh’s liveliest outdoor hangouts at the weekend. It brings together the kind of in-the-know and youthful crowd you might get at a craft beer bar in town, with families and older gastro-enthusiasts. All are united in their good taste, with a full smorgasbord of decent wine, fragrant cheese, fresh seafood, and elevated junk staples like buttermilk fried chicken burgers (and much more) on the menu.

9. Find the finest Michelin tucker at Leith's The Kitchin 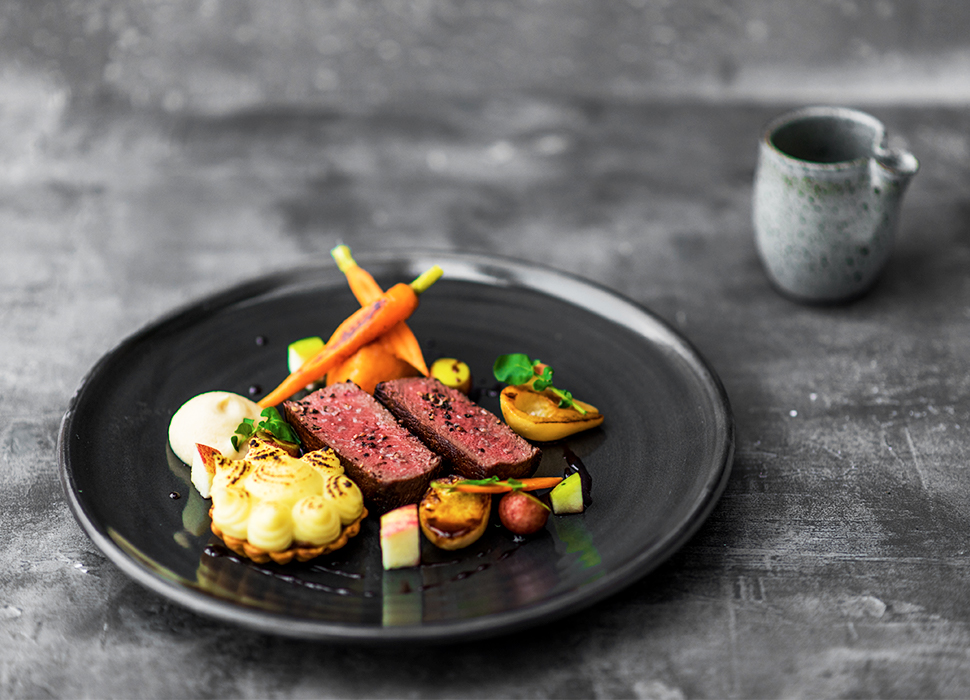 Run by husband-and-wife team Tom and Michaela Kitchin (how's that for nominative determinism, eh?), this eponymous restaurant in Leith’s Shore area builds upon head chef Tom’s training with such celebrated mega-cooks as Alain Ducasse and Guy Savoy to create what’s arguably the city’s top dining destination. While Kitchin himself is now a celeb in his own right through regular TV appearances, the quality of his Michelin-starred establishment hasn’t flagged. Leith is well worth a pre- or post-prandial stroll around in its own right.

10. Hear a hot new combo at Summerhall and the Royal Dick 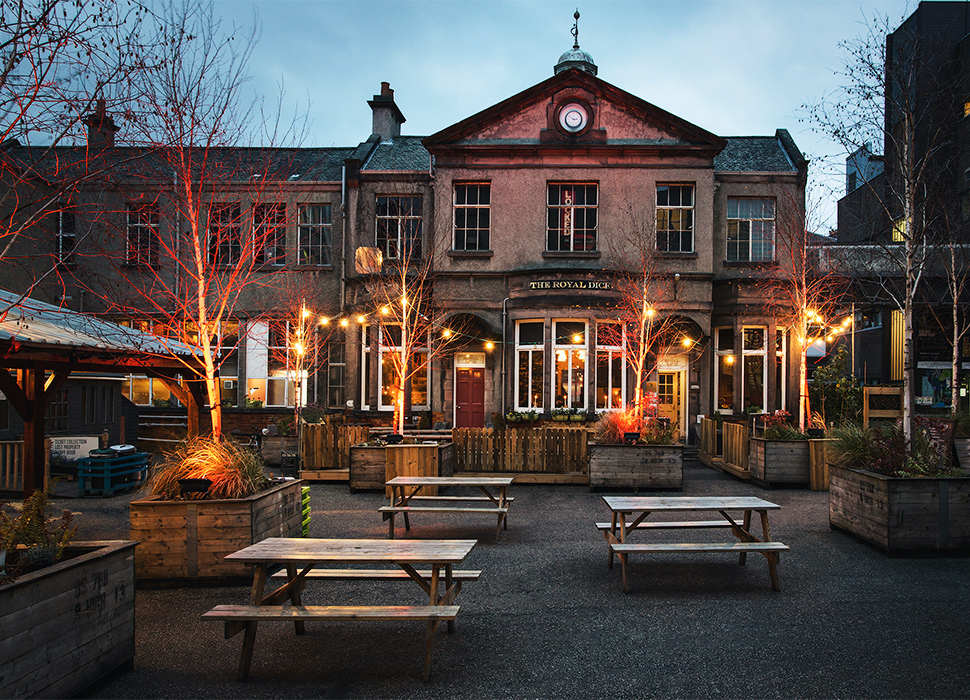 Formerly the Royal Dick veterinary school, the atmospheric and maze-like old building of Summerhall is one of the hits of the Edinburgh Festival, containing numerous ad-hoc performance spaces and art galleries. The excellent, compact live music space is named the Dissection Room – after, in somewhat grim fashion, the subject which was formerly taught in this room – and hosts everything from esoteric dance nights to folk, avant-pop and indie gigs; while the similarly year-round Royal Dick bar and restaurant open out onto a spacious beer garden quadrant.