The best restaurants in Edinburgh

The Scottish capital has a thriving foodie scene. From seasonal delicacies to stunning sushi, here are the best places to eat out 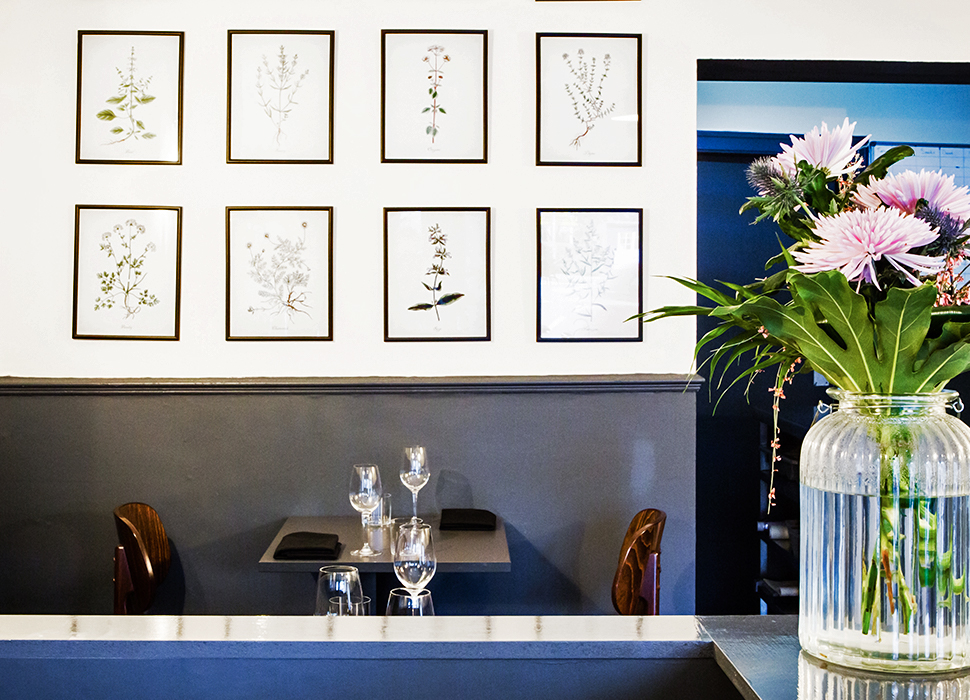 A romantic spot for two at Aizle / Image: Sally Jubb

Smack-dab in the city centre, Aizle is one of the leading lights of the city’s dining scene, with a focus on dishes that are lovingly handmade on the premises – from the sweet, tangy sourdough to the hand-churned butter and kombucha cocktails. Dinner is a sumptuous six-course affair, while lunch is a slightly-less-opulent four. As for what’s on the menu: dishes are intensely seasonal, but expect fresh Scottish produce to always play a starring role. 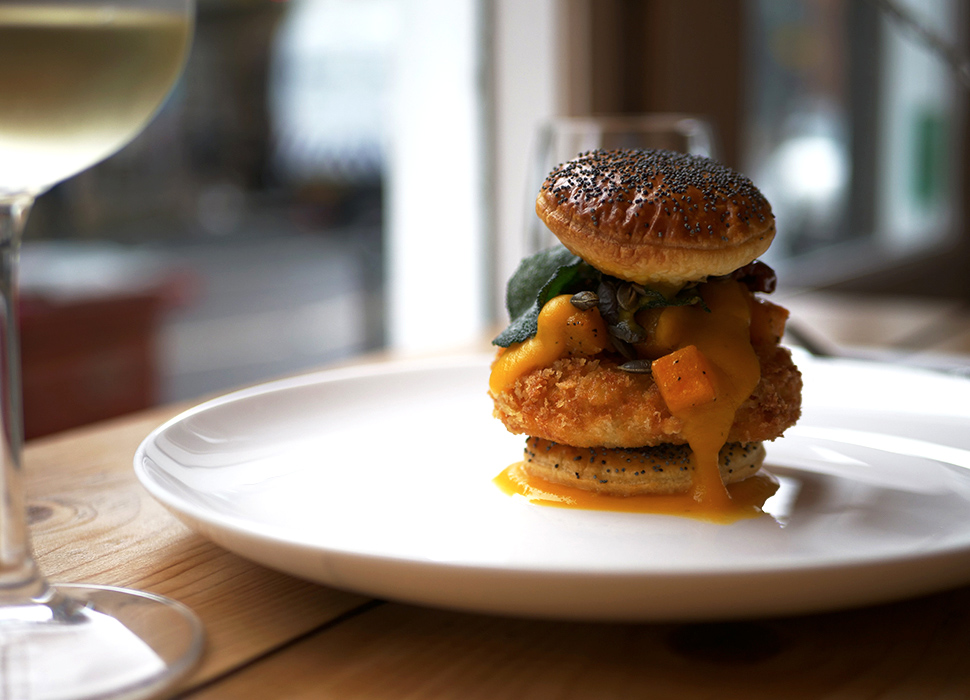 Not your average burger at Aurora

On the edge of unfashionability, out of the way on Leith’s Great Junction Street, Aurora is a small neighbourhood restaurant that’s worth making a journey for. Serving during the day and in the evening, the very affordable three- or five-course dinner (£35 or £45) comes with wine pairings for a modest additional charge, and features intriguing and confidently handled dishes, such as a wild mushroom open ravioli with prunes and gorgonzola, or a courgette and feta terrine. 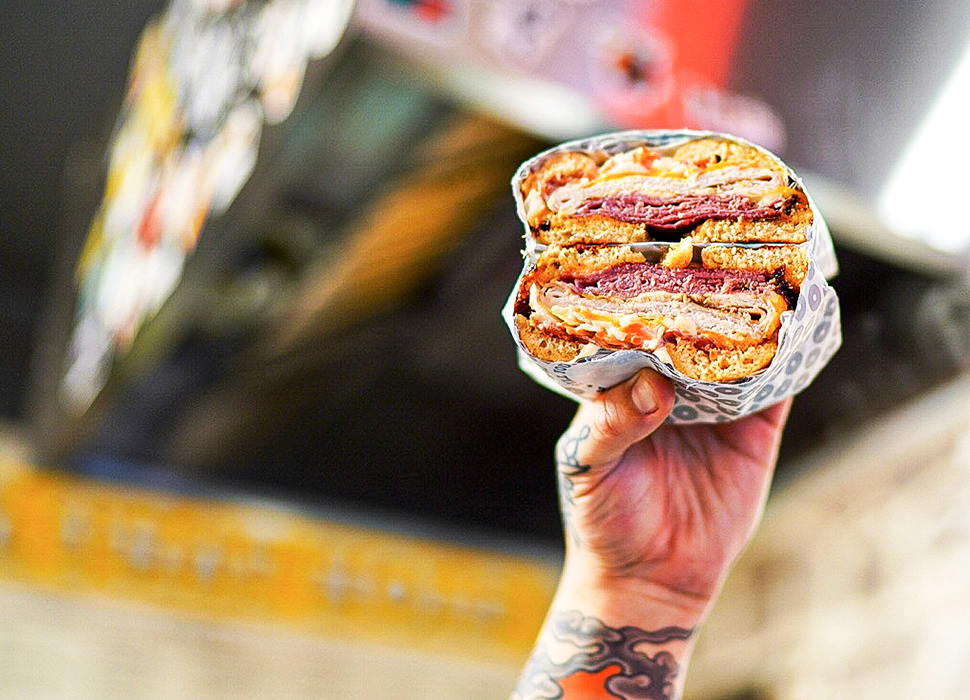 Bross's bagels are so much more than just a sandwich

Canadian sometime comedian Larah Bross’s shop in the waterfront suburb of Portobello has been propelled to citywide mini-chain thanks to the twin appeal of her unique, Montreal-style bagels (there’s maple syrup in the mix, apparently) and the force of her own personality. From a hipster warehouse lock-up in Leith to a site right next to Waverley station, the bagels come filled with pastrami, pickles, smoked applewood cheese and much, much more. The vegan options are great too.

There’s no question that the Lookout – as the name might imply – enjoys the finest restaurant view in Edinburgh bar none, with floor-to-ceiling windows offering a panorama across the north of the city. Run by the team behind Gardener’s Cottage, it’s part of the recent art gallery redevelopment of the former observatory on Calton Hill, mere minutes’ walk from Waverley station, and serves continental breakfasts, seasonally sourced set lunches and ‘six-plate’ evening meals, which might feature, for example, beef shin and sauerkraut alongside artichoke and chestnut soup. 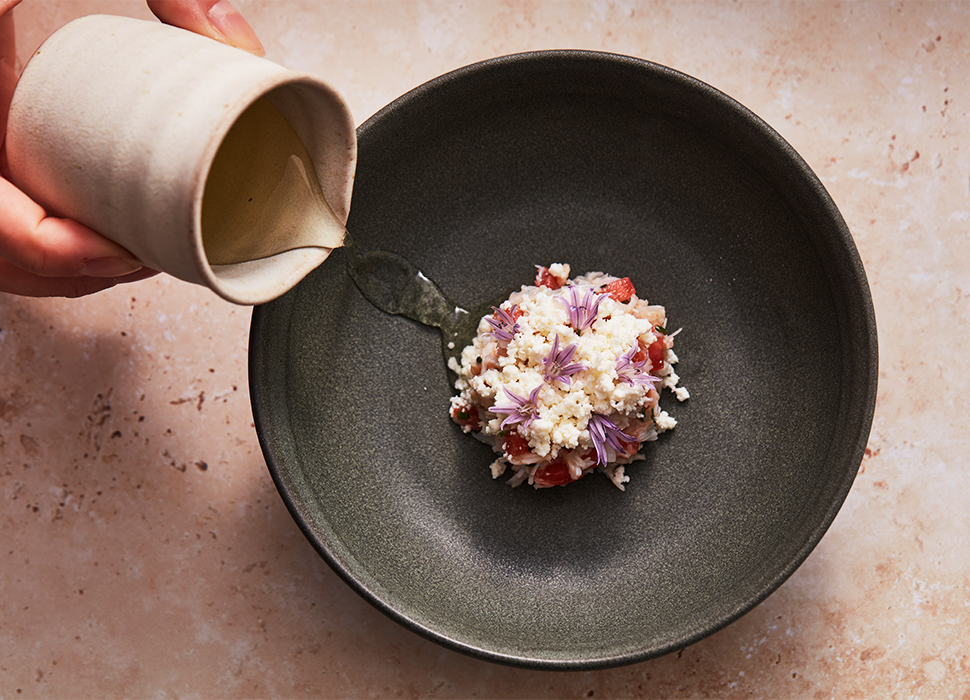 One of the stars of the recently resurgent dining hotspot of Broughton Street, Fhior is enthusiastic about Scottish sourcing and seasonality (as the name suggests; it means ‘True’ in Scots Gaelic), and even grows produce at its kitchen garden just outside Edinburgh. Lunch covers four or seven courses, dinner seven or ten; the kitchen adds flavours like sorrel to pigeon and sea buckthorn to artichoke, all to critically acclaimed effect. 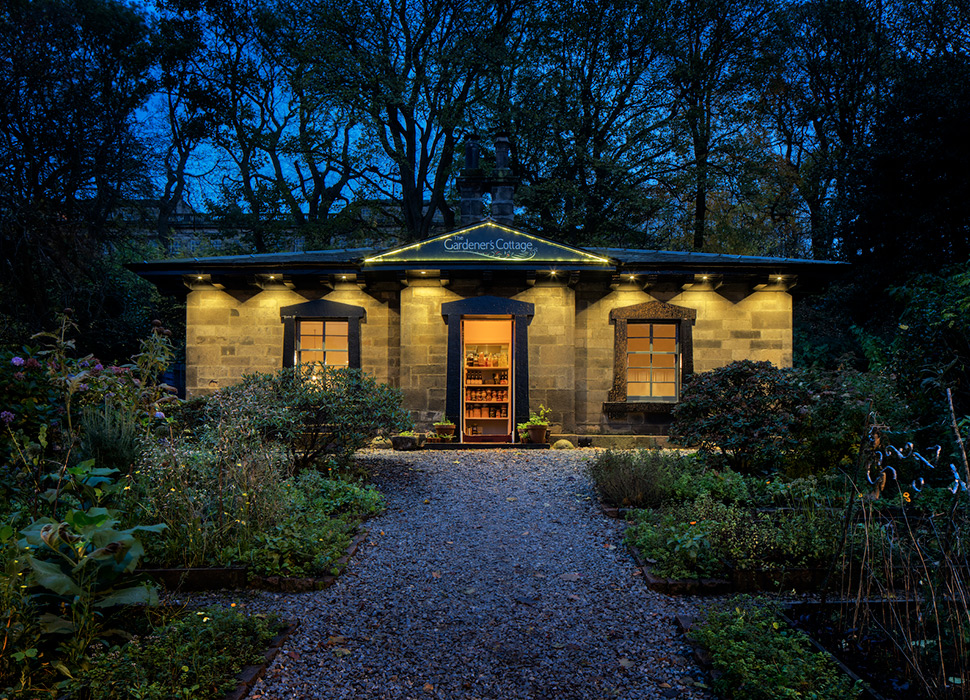 The atmospheric entrance to Gardener’s Cottage

Small but intriguingly formed, the Gardener’s Cottage is the former gardener’s cottage at Royal Terrace Gardens, a very short stroll from the east end of the city centre. Across two modest dining areas, table-sharing is very much the order here, as is a selection of food which combines a Scottish heart with French influences, and which relies upon putting your trust in the chef’s own set menu.

Family-run by Ting and Ae Tapparat, Ting Thai Caravan opened as a festival-only pop-up in 2012, when Thai food was still a relatively unknown quantity in the capital. Now their informal but elegant café by Edinburgh University is a bustling spot, where wholesome pad Thai and fragrant massaman curry is served in cardboard cartons. Their success has led to a second branch in the West End, and the South Asian, slightly more formal Saboteur on the same block as the original. 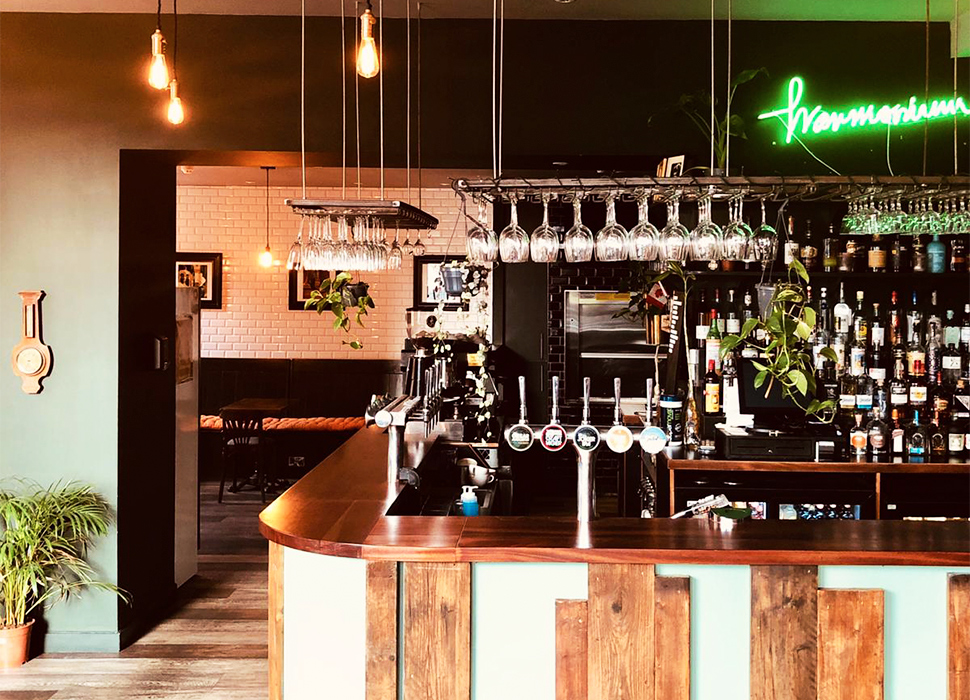 Recently moved from the Shore to a more central spot at the foot of Broughton Street, Harmonium has been a market leader in the field of all-vegan food in Edinburgh for some time now. The place retains its casual but pleasingly smart, bar-like atmosphere, ensuring it’s the kind of establishment you might want to go to regardless of your dietary choices. The menu boldly and brilliantly encroaches on meat-eating territory, with burgers, pizza, crab cakes and macaroni cheese all expertly recreated. 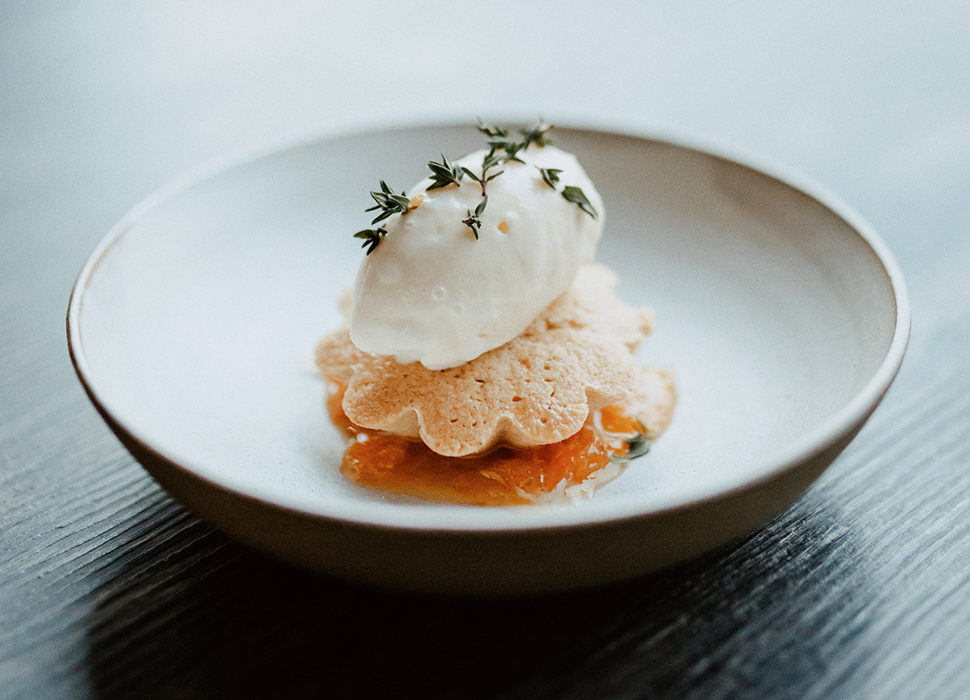 With a reputation that has already extended far beyond the city since it opened in 2018, the Little Chartroom is a smart but not exactly ostentatious shopfront dining room on Leith Walk, one of Edinburgh’s busiest and most up-and-coming thoroughfares. Its married patrons are veterans of the city’s Kitchin and Castle Terrace, and together they’ve created a modest 18-cover restaurant which blends French and British influences into sublime lunch and dinner menus. 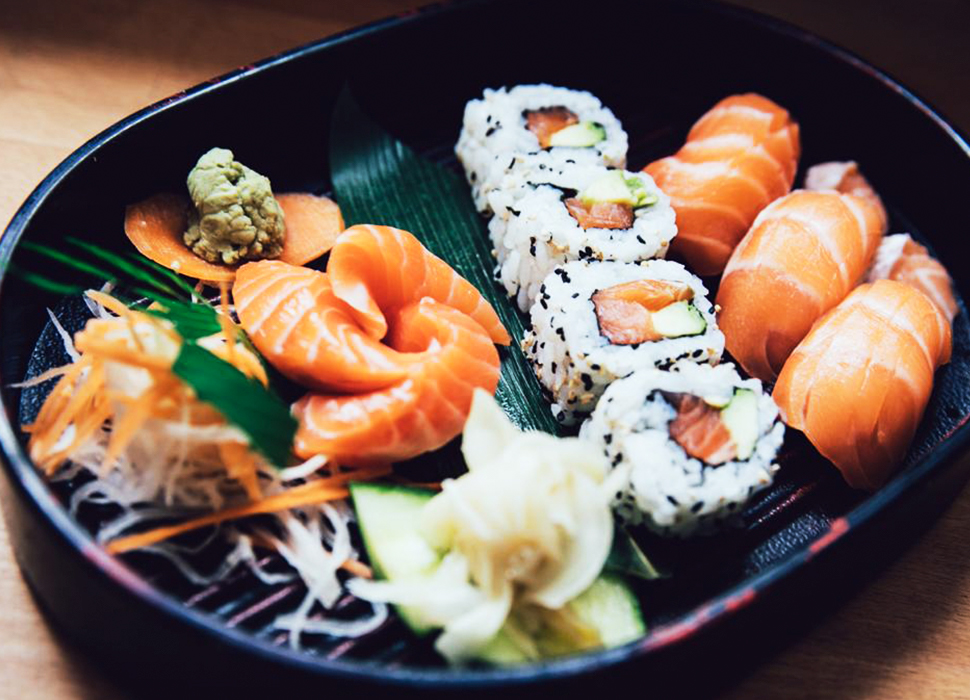 A fresh sashimi and sushi roll bowl at Maki & Ramen

Having grown to five city centre restaurants – although it made it to Glasgow faster than Leith or Stockbridge, which still aren’t covered – the Maki & Ramen Japanese mini-chain includes a spacious Fountainbridge bar, a small Southside space with bench seats around the wall, and everything in between. The sushi is fresh and substantial, the gyoza and spring rolls are moist and crispy, and the fully-loaded bowls of ramen (meaty or otherwise) are hot and refreshing.

An intriguing and unique fine dining experience in the heart of the New Town, the Table is just that – one single marble table facing the open kitchen, where diners can book up to 24 hours in advance, and share a singular seven-course meal spent interacting with the chefs and their fellow diners while it’s prepared. The menu is European with a Scottish leaning (rabbit with turnip, pine nut and date is an example dish), and parties of between two and eight are welcome. 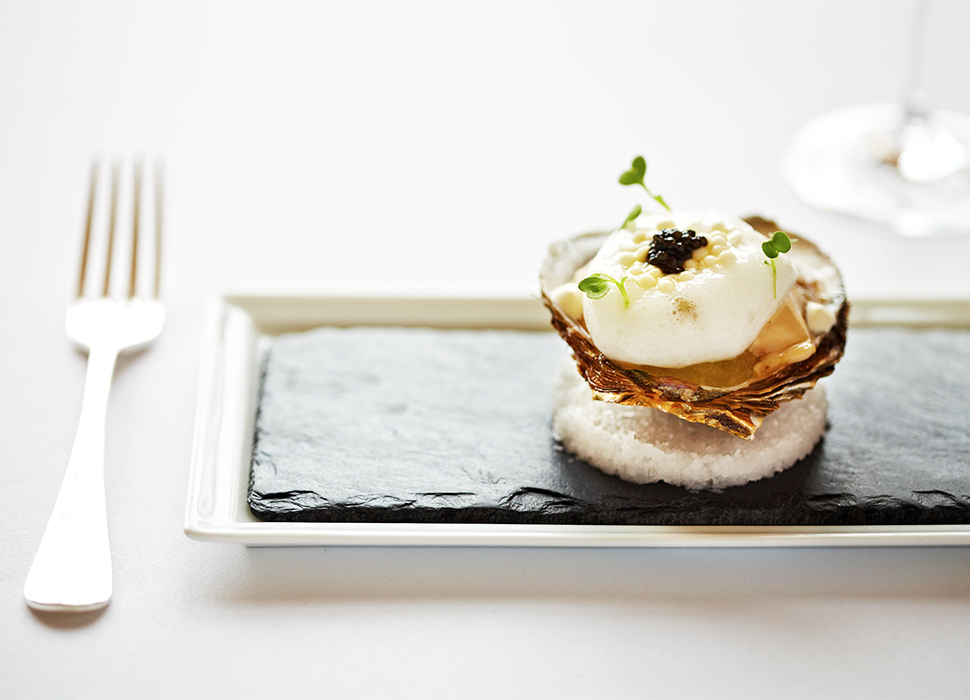 Trained under chefs including Albert Roux, Michel Roux Jr and Marco Pierre White, Martin Wishart is one of the two chef-patrons – the other being Tom Kitchin – whose Michelin-starred restaurants have boosted the reputation of the Shore area over the past two decades. Wishart’s establishment has held its star for exactly 20 years by 2020, and proudly uses Scottish produce including Borders deer and Orkney halibut in an elegant tasting menu. 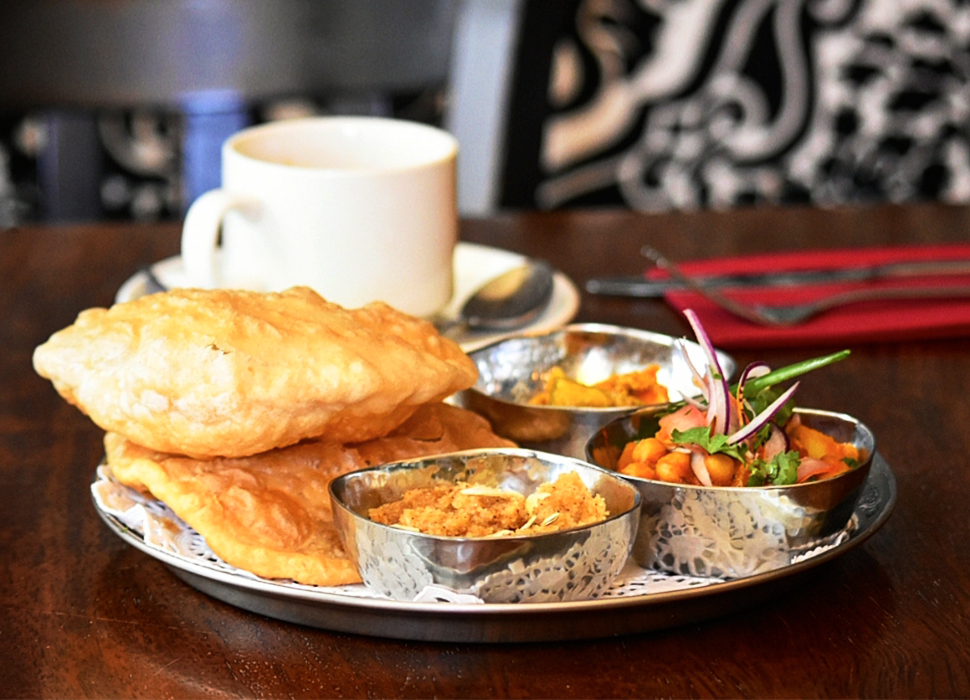 Founded in Glasgow, ‘Indian tapas’ restaurant Mother India’s Café has nonetheless established itself as one of the busiest and most well-loved places to find a range of foods from the Subcontinent in Edinburgh. Popular with lunchtime tourists, evening parties and all points in between, the smaller dishes – including breads, dosas, vegan okra and potatoes, and a range of seafood, chicken and lamb – can be enjoyed and shared among a group.

Small, unassuming, yet inevitably packed out with students all evening, the informal On Bap is a frontrunner in the race to be the best of Edinburgh’s ever-more-thriving Korean restaurant scene. The first and clearest test is passed with some outstanding Korean fried chicken, served with either sweet chilli or honey and soy sauce, and followed up, if you have room, with jjigae stew, chicken teriyaki on rice, or some signature, spicy meat, rice and shredded vegetable bibimbap. 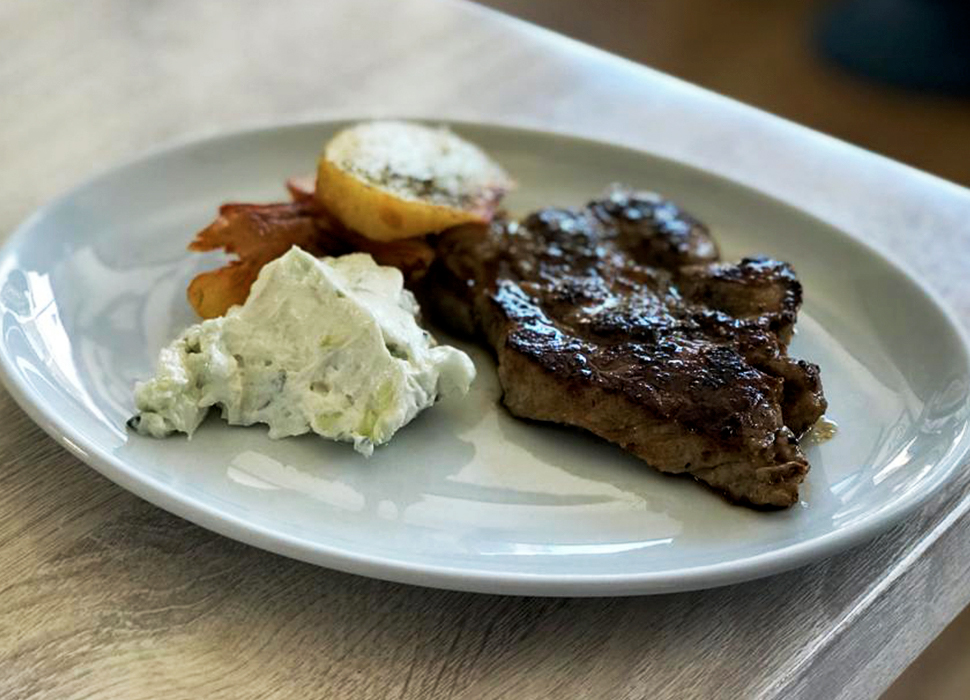 Comfort food at its best at Spitaki Greek Taverna

A neighbourhood restaurant that’s close enough to town to reach with a short stroll, Spitaki is an oddly-shaped two-storey place which nevertheless manages to feel as warm and cosy as that favourite Greek restaurant you find on holiday. The menu is modest but perfectly formed, including meaty souvlaki and pork chops, rich and fulsome taramasalata, grilled octopus, baked feta and fresh Greek salads. 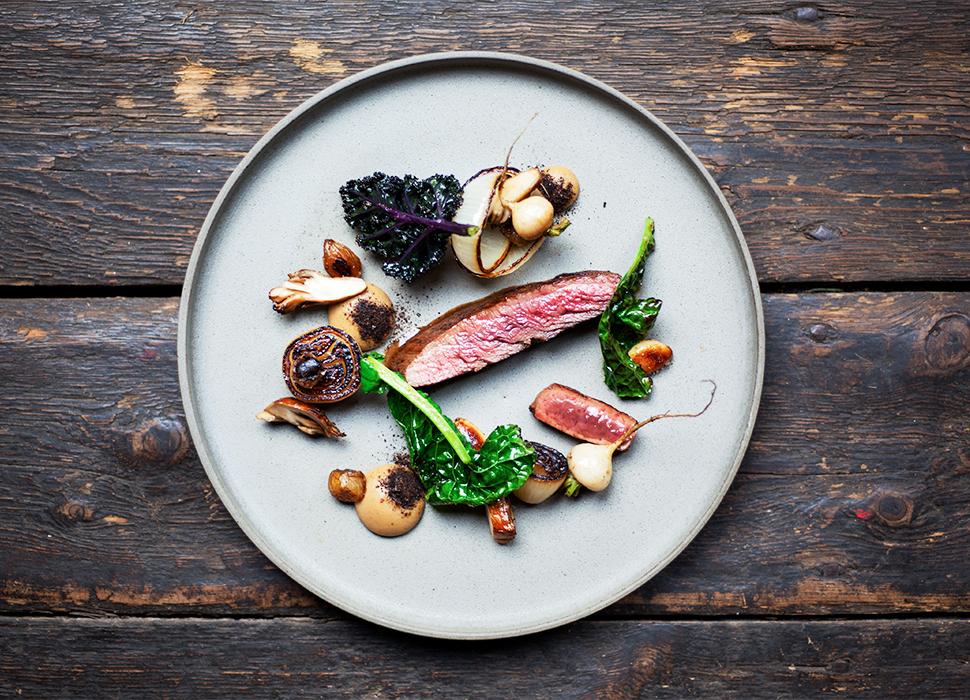 The sparse industrial space that houses Timberyard was known to generations of Edinburgh residents as just that – a timber merchant. Now, a family of experienced restaurateurs have turned it into a proper destination, the sort of place you could plan a whole trip around, never mind an evening. Like many other restaurants in the city, it wears its Scottishness on its sleeve; unlike many of them, it does so with class. Ingredients from the country's natural larder are served with minimal fuss and Scandi-inspired twists – so expect plenty of foraging, pickling and smoking.