6 wild Scottish trips you can take from Glasgow

It's easy to escape to Scotland's rugged places from the country's second city. Here are six of the best

Down-to-earth and heaps of fun, Glasgow is easily one of the most engaging cities in Europe, with plenty of history on offer and a nightlife scene to keep you up till the wee hours. But for all its urban appeal, Glasgow is also the jumping-off point into greener, craggier parts of southern and western Scotland. Here are six trips to take from the city when you feel the call of the wild. 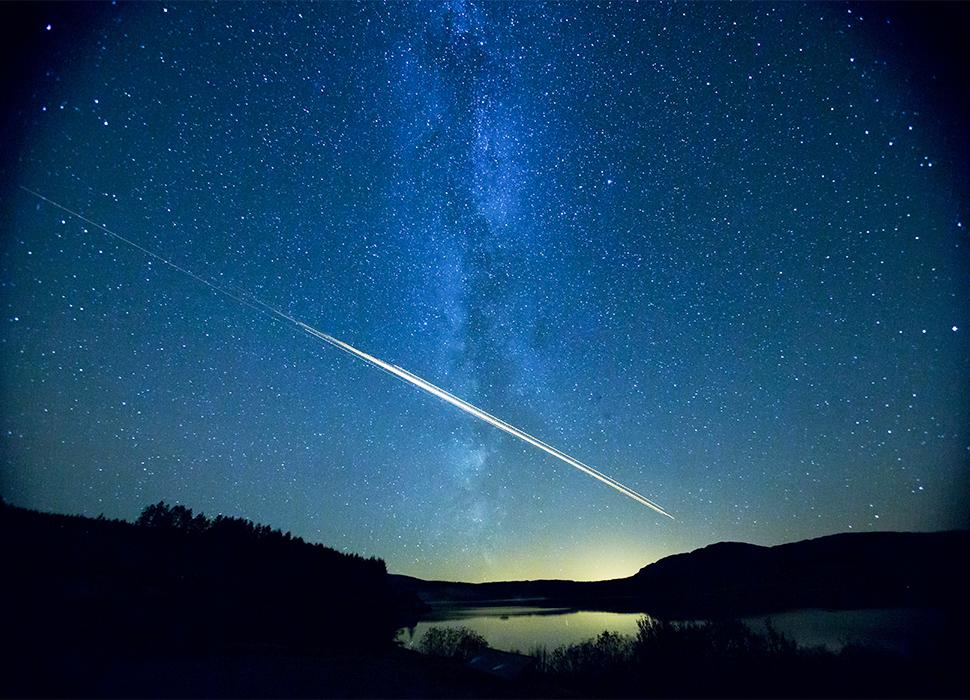 The clue’s in the name at this 300 square mile expanse of forest and parkland south of Glasgow. Come nightfall, Galloway Dark Sky Park is extremely dark – just one light-metre measure less than a photographer’s darkroom – which makes it one of the finest places on the globe for gazing at stars. Around 7,000 of them (plus planets) are visible to the naked eye from the park’s three visitor centres (Glen Trool, Clatteringshaws and Kirroughtree), and even the stunning celestial band of the Milky Way can be seen on a clear night. Cosmic stuff.

2. Get outdoors on the Isle of Arran 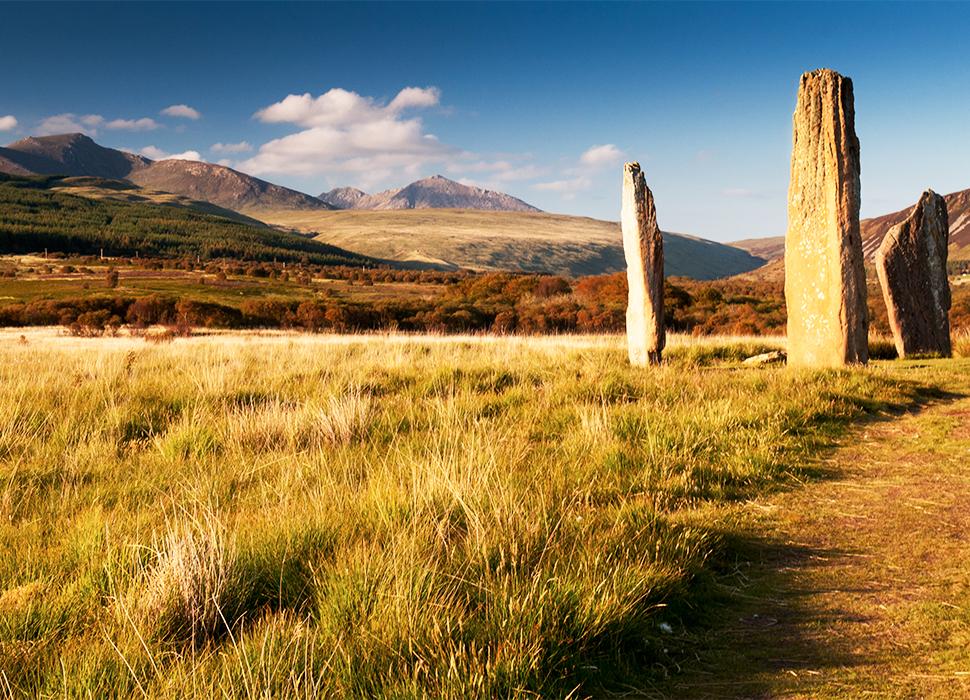 The largest island in the Firth of Clyde, Arran represents everything that makes rural Scotland so magical. Start at venerable Brodick Castle, once seat to the Dukes of Hamilton. From there, the steely-thighed can walk the 65-mile Arran Coastal Way, head to the pyramidal peak of Goat Fell or hop onto a bike/into a kayak at the Arran Outdoor Centre. To the west, things get more mythical: Robert the Bruce is said to have had his encounter with a spider at King’s Cave near Blackwaterfoot, while the Machrie Moor stone circle casts visitors deeper into the mists of time.

How far is it? 2 hours 30 minutes' drive, including the ferry from Ardrossan to Brodick

3. Venture to Loch Lomond and the Trossachs 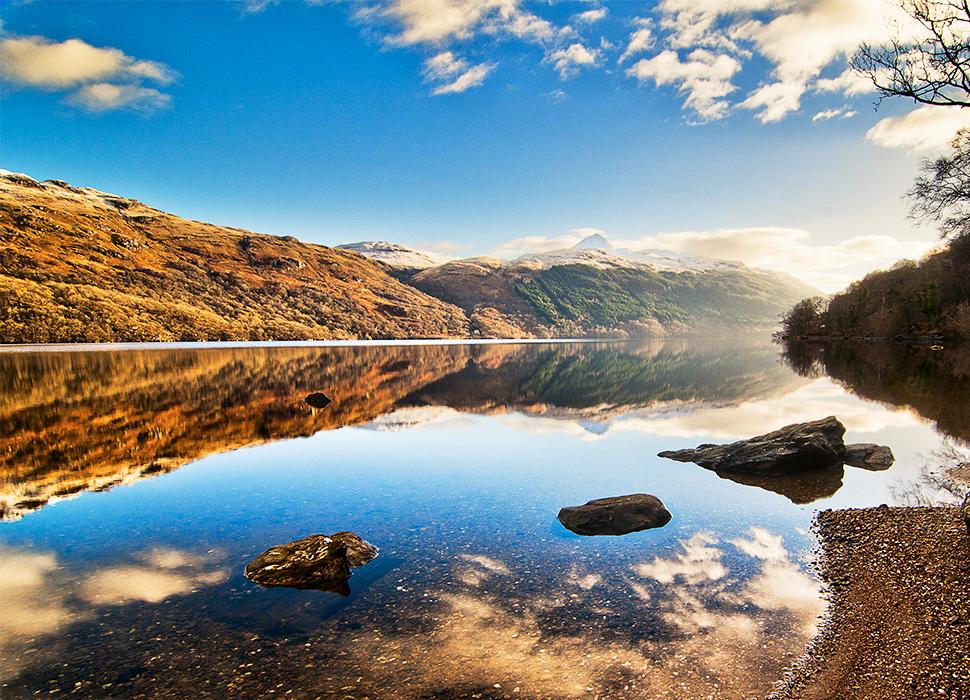 It's easy to see why Loch Lomond was immortalised in song / Image: Getty Images

Whether ye’ll take the high road or the low road to get there, Scotland doesn’t come much prettier than this national park. For a start, it’s home to the bonnie banks (and depths) of Loch Lomond – the largest expanse of fresh water by surface area in Great Britain, and an image of Alba as evocative as wild cats, Big Country and Lorne sausage. Natural highlights abound around the loch – the teeny island of Inchcailloch, brimming with birdlife and fallow deer, and the verdant Millennium Forest Trail – but intrepid visitors should lace-up and bag a Munro or two. There are 21 of these 3,000ft-plus mountains spread across the surrounding Trossachs park.

Find them on these amazing Scottish adventures. 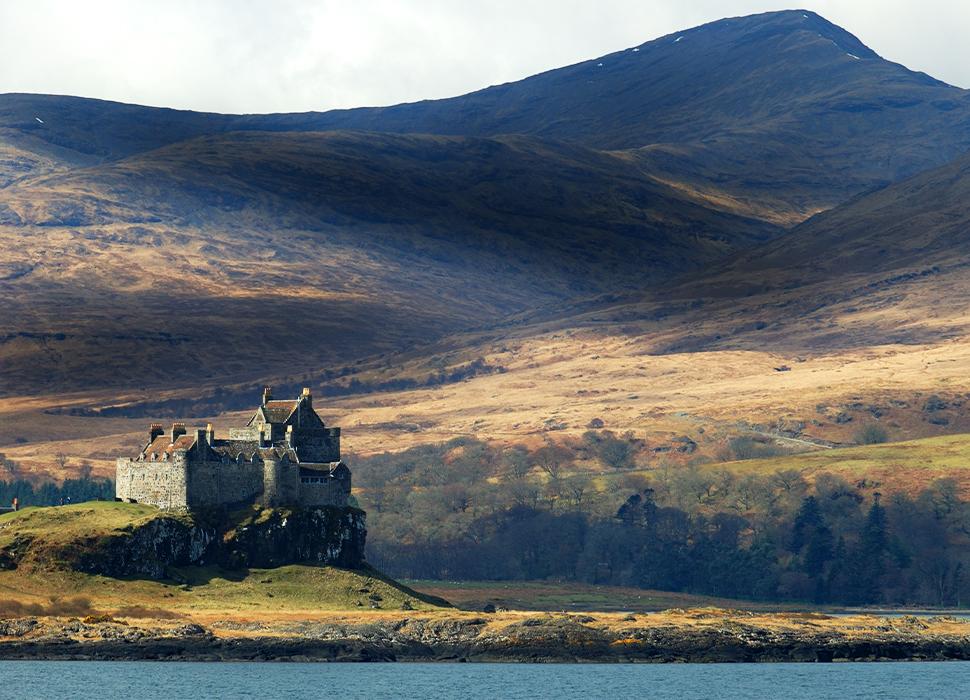 Perhaps the archetypal Scottish island, Mull is just over a couple of hours drive from Glasgow to the port of Oban, then a ferry to the port of Craignure. From there, visitors are afforded a wealth of wildlife, mountain walking, moorland peninsulas and stunning beaches to immerse themselves in. Anthropology stans can aim for the imposing pile of Duart Castle or the magical Bronze Age menhirs of Lochbuie stone circle – but for full sacred effect, head to Mull’s western reaches and the isle of Iona, with its ancient abbey and burial sites of umpteen Scottish kings.

How far is it? 4 hours' drive, including the ferry from Oban to Craignure

5. Walk along the Ayrshire Coast 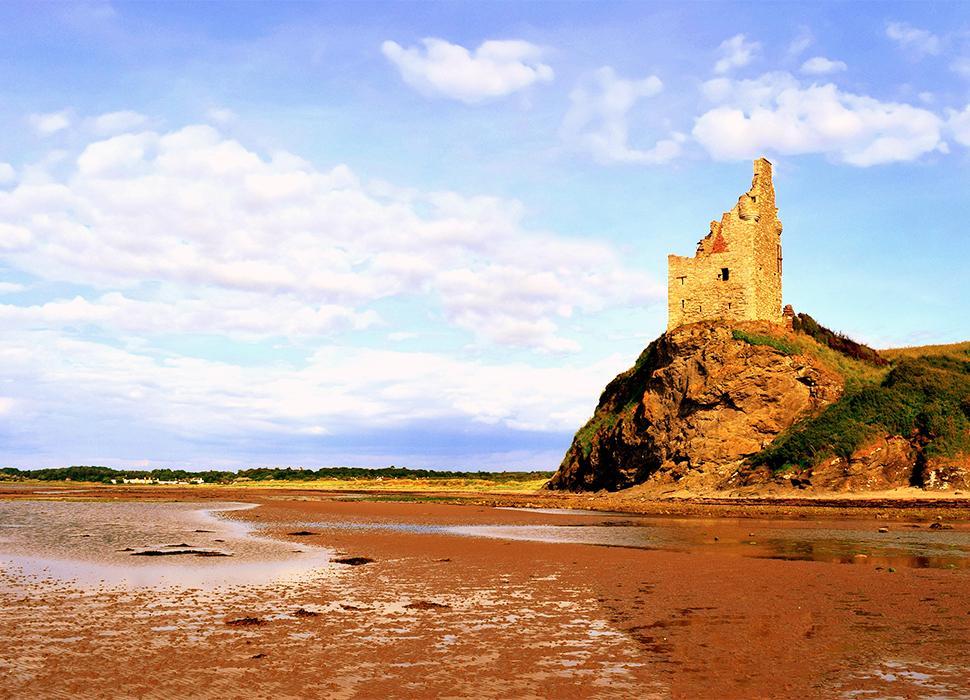 Located southwest of Glasgow, Ayrshire’s spectacular coastline is synonymous with wicked-good beaches and haggis-praising Scots superpoet Robert ‘Rabbie’ Burns. The Robert Burns Birthplace Museum and the Brig o’ Doon bridge immortalised in his poem Tam o’ Shanter can be found in Alloway, but a wilder draw is the Ayrshire Coastal Path, which traces 148km of coastline along rocky shores and sandy beaches, from Glenapp in the south to Skelmorlie in the north. The otherwordly island of Ailsa Craig and mouldering Greenan Castle are notable sights on the portion just south of Ayr.

Be amazed by the UK's most gob-smacking natural sights.

6. Fall in love with Glen Coe 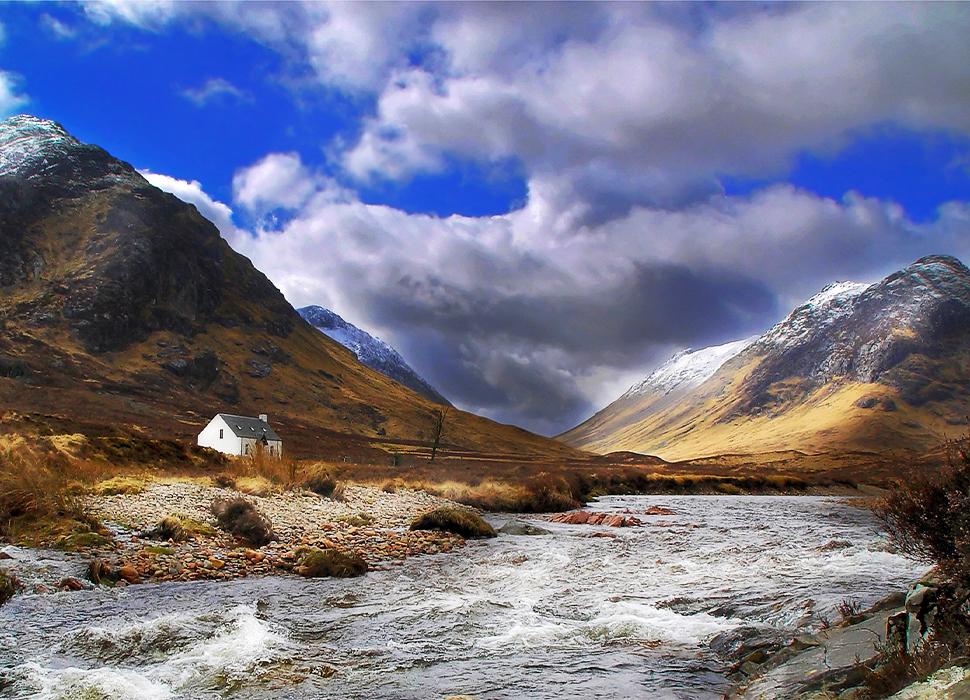 Once voted ‘Scotland’s most romantic glen’, Glen Coe is undoubtedly one of Highland Scotland’s most magnificent tracts – the valley and surrounding mountains were hewn into the landscape by glaciers and volcanic eruptions. As well as racing up beloved Munros like Buachaille Etive Mor and Sgor na h-Ulaidh (and back down when the winter ski season arrives), visitors can take to the waters of Loch Leven by kayak, coo over torrential waterfalls, spot filming locations from the Harry Potter films or attempt a traverse of Aonach Eagach – arguably the most hair-raising ridge walk in the country.