As we emerge squinting from our lockdown cocoons, it’s high time we got the hang of meeting new people again, isn't it? Sounds like a faff. So let’s go somewhere with no people at all. Here are some splendidly silent spots to embrace your inner misanthrope 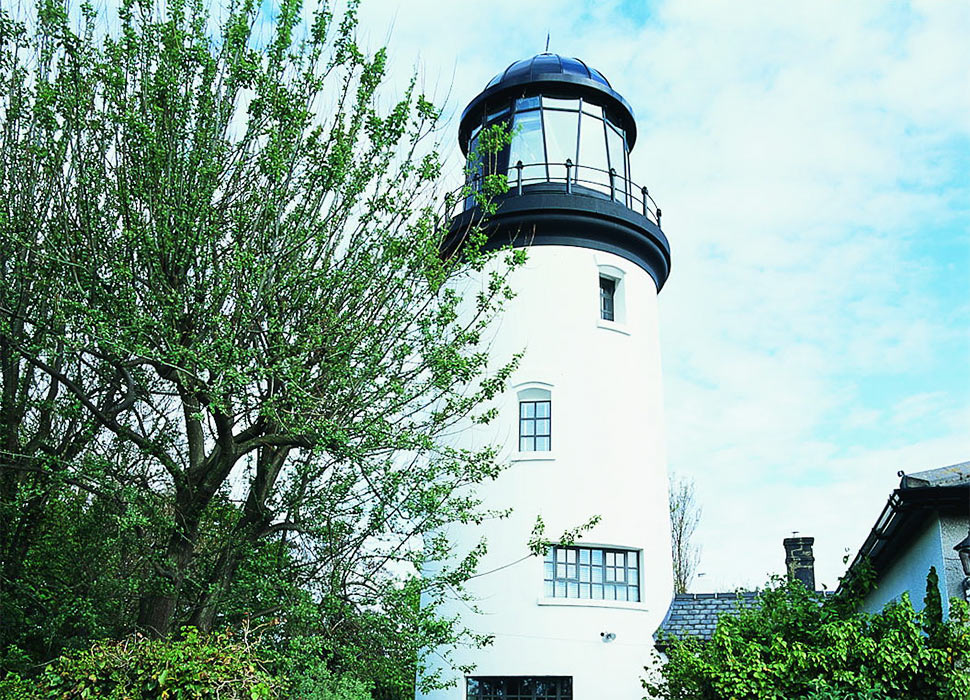 Brighten up your holiday with a stay in this venerable tower

This shining example of a holiday hideaway was referenced in Daniel Defoe’s 1719 castaway epic Robinson Crusoe. Back then Winterton was a working lighthouse, but it’s since been gussied up by London architect Sally Mackereth to house guests. You'll find a 360-degree panoramic luxury bed chamber in the old lantern room, plus a serene cedar sundeck and private garden landscaped by Chelsea Flower Show gold medallist Chris Moss. You could say it’s a beacon of good taste. 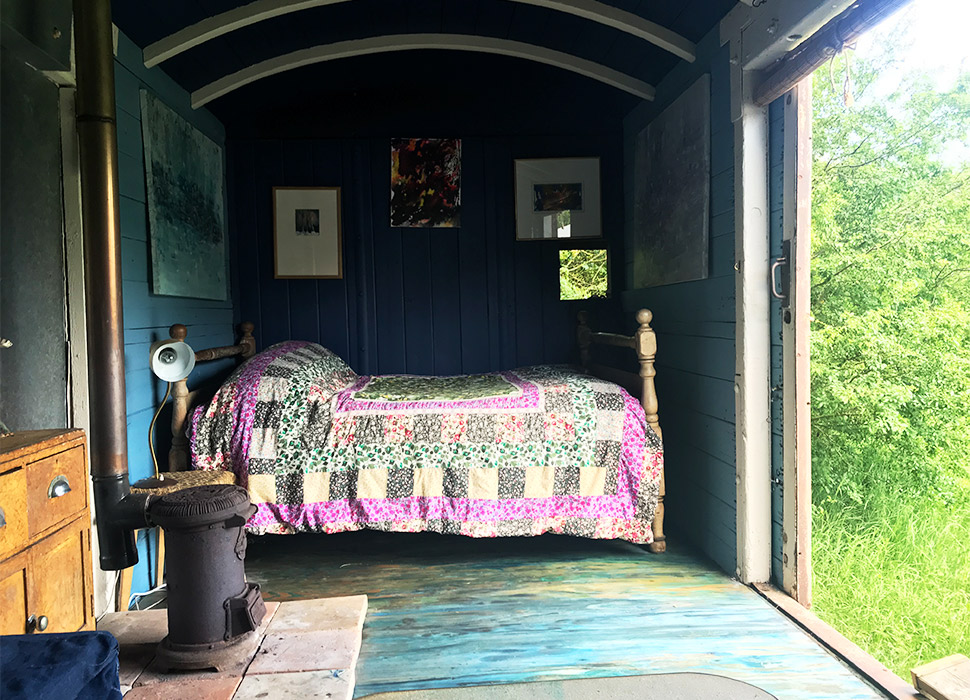 Much-loved nature writer and father of the trendy wild swimming movement, the late Roger Deakin lived out his days at Walnut Tree Farm, a tumbledown Tudor pile in a sleepy backwater of Suffolk. His passion for splashing was inspired, in part, by an honest-to-god moat in the house's grounds, which he dredged and kept it in great shape. These days, visitors can stay in one of the reclaimed shepherd's huts or railways carriages dotted across this charmingly overgrown homestead, immersing themselves in the moat's frigid waters and savouring the quiet far away from, as the great man put it, ‘land-locked humanity’. 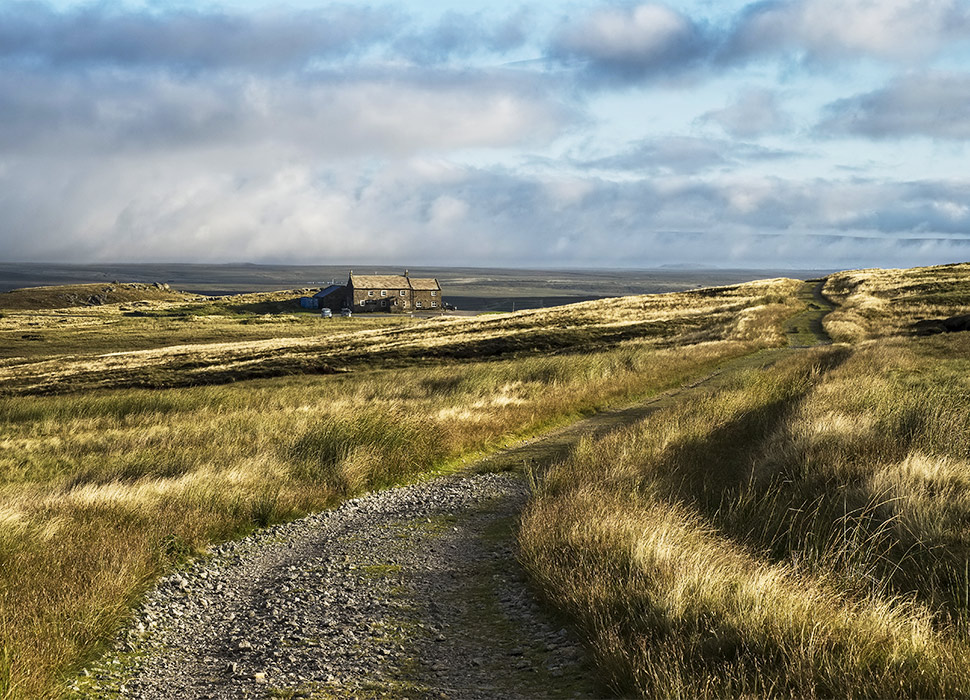 Head to the top of the country for a truly satisfying pint / Image: Adobe Stock

Drink up, literally, at the UK’s highest pub – some 1,732 feet above sea level. Way out on the magnificent Yorkshire Dales, miles from the nearest town, the Tan Hill was built to serve a thirsty mining community which has long since packed up its pickaxes to make way for today’s keen-bean cyclists and red-faced ramblers. Famed for its remote setting – over New Year's Eve 2010, revellers survived a three-day lock-in when heavy snowfall blocked all the exits – it’s a sweet spot to sup in splendid isolation. 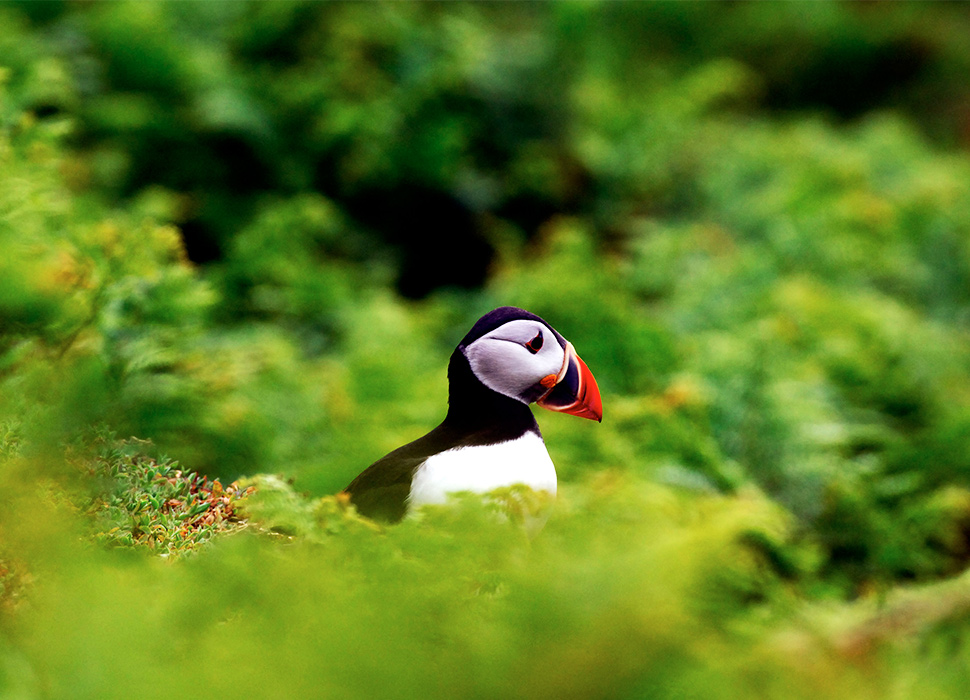 You'll be puffin' after a good stomp around this pretty island / Image: Almay

Lundy Island is a three-mile-long, half-mile-wide granite outcrop in the breezy Bristol Channel. The name literally means ‘puffin’ in old Norse. Appropriately enough, there’s about 400 of those dapper, pointy-faced fish-fanciers nesting noisily on Lundy’s craggy western cliffs. Birds apart, there’s basically zero traffic, a limited ferry service – running March to October – and just one pub, The Marisco Tavern, which never shuts and is often the only building on the island with electricity. Beloved by writers and mad eccentrics, Lundy is the ultimate windswept bolthole. 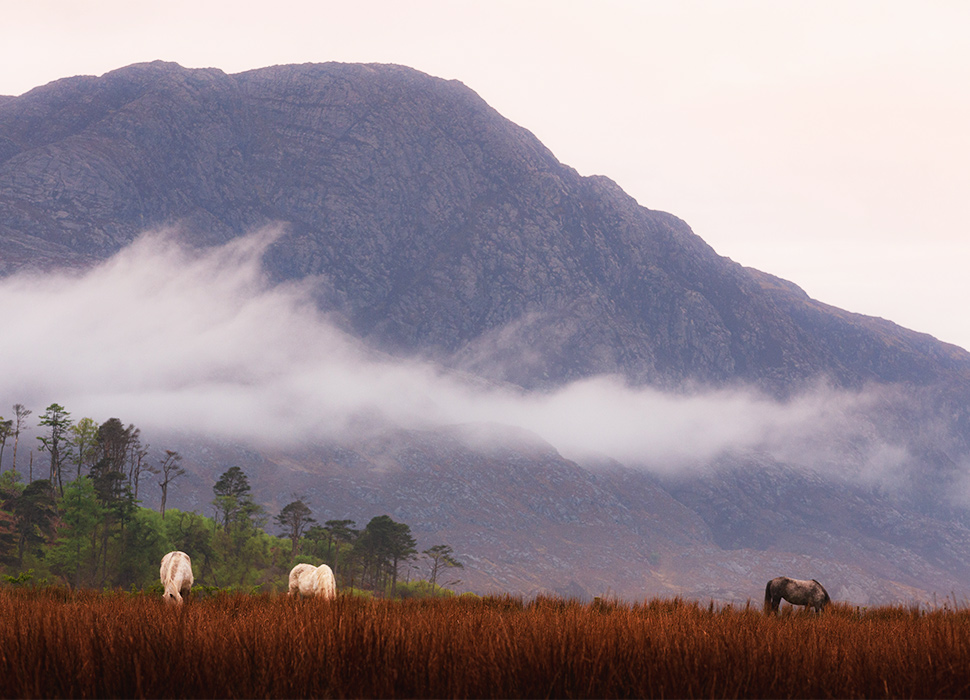 The UK’s last true wilderness is hiding between two pretty lochs – Nevis and Hourne – in the west of Scotland. Knoydart’s roads aren’t joined to the rest of the national network, so getting here means a 16-mile trek over rugged ground, or a 45-minute ferry from Mallaig. There are ample munros and corbetts – Scottish mountains – ripe for the bagging, and an unspoiled wedge of pristine sea that’s chock full of dolphins. Being the UK, there’s obviously a pub, officially the most remote according to (who else) Guinness World Records. 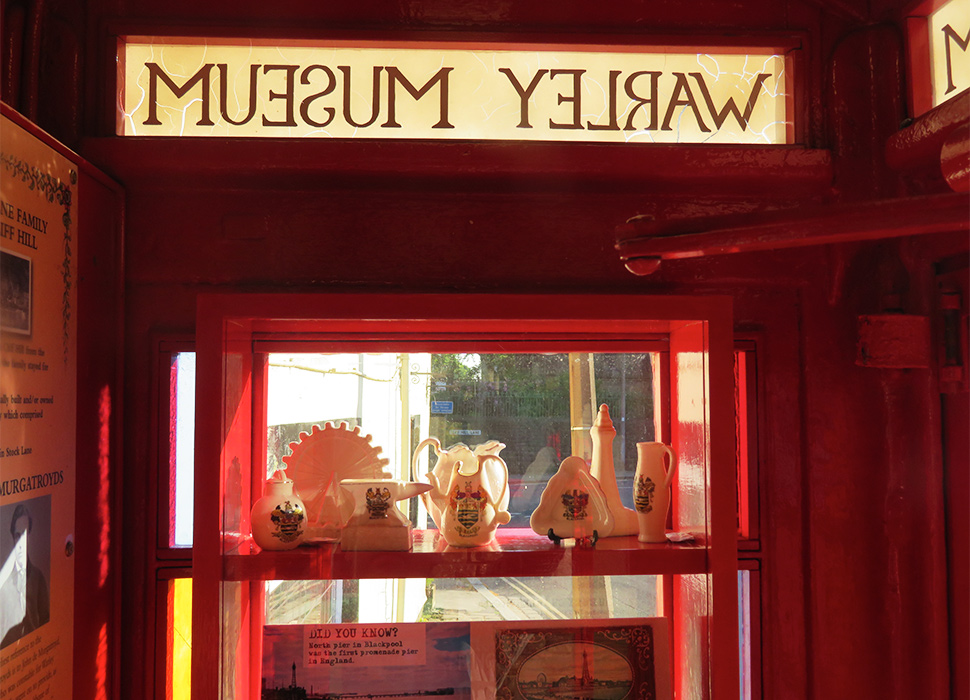 While it’s obviously awesome our great galleries and cultural institutions are opening up, the hordes of punters can get a bit much. The answer? A titchy little museum in a quiet Yorkshire village. Set in one of those old-school Giles Gilbert Scott phone boxes, Warley Town Museum is perhaps the dinkiest of its kind on Earth, showcasing a rolling programme of local history that's plastered on the walls. It’s not officially certified – yet – but we think ‘the world’s smallest museum’ has a nice ring to it. 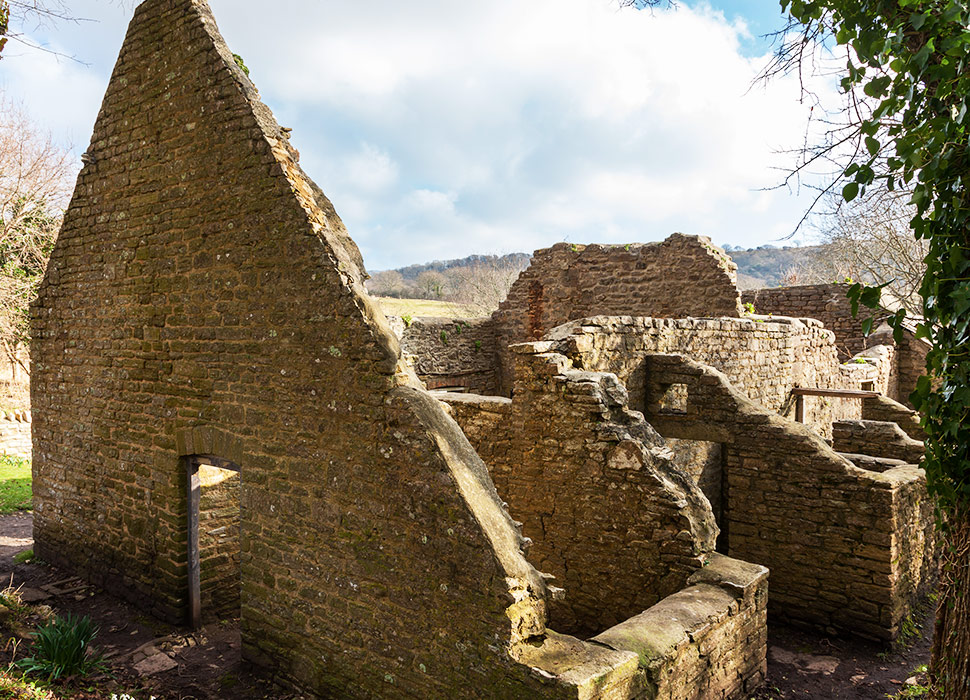 Tyneham is a Dorset ghost village co-opted by the military / Image: 123rf

If you’ve ever bopped up to a destination and sneakily thought, "This’d be way better without people," then you’re in luck. This haunted isle is strewn with spooky abandoned settlements and ghost towns. Tyneham in Dorset has been deserted since the army bagsied it for target practice in 1943, and now you can nose around on weekends and bank holidays. If you like your ghosts a little more venerable, medieval Wharram Perry in the Yorkshire Wolds was abandoned way back in the early 1500s. Fancy something a little more immersive? Hampton-on-Sea in Kent was almost entirely devoured by coastal erosion in the last century, but creepy remnants still poke out at low tide. Don’t worry – the pub survived just fine. 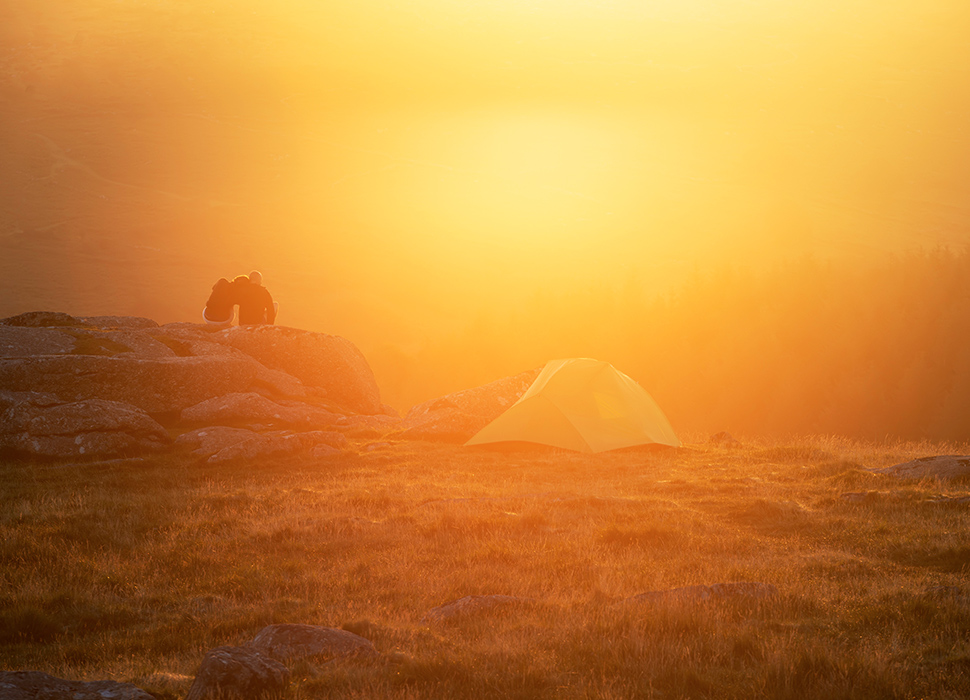 Dartmoor is truly tor-some for getting away from it all / Image: 123rf

Studded with moody granite outcrops – ‘tors’ in the local lingo – ancient wooded valleys and hundreds of miles of wind-blasted countryside, Dartmoor National Park is a photogenic mecca for outdoorsy solo types. It’s quite unique in that you can pitch up and camp wild (at select spots) so long as you keep it discreet and respectful. Up there among nature – ponies, sheep, countless birds and bats abound – it’s a paradise for those moments when you fancy going just a little bit feral all on your lonesome. Hey, what happens on the tor… 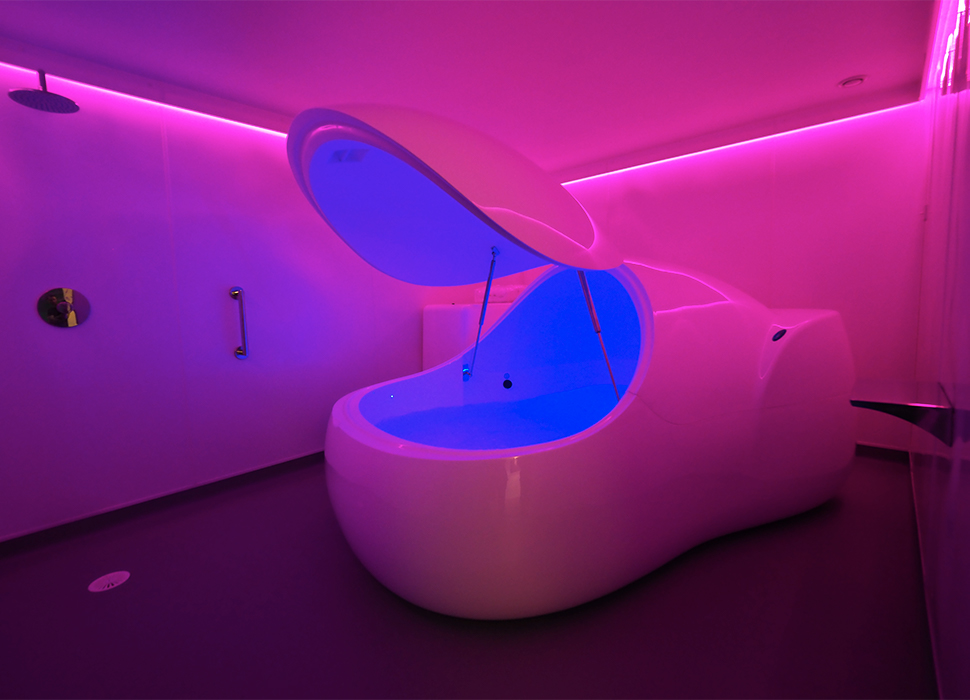 Nothing says ‘please leave me alone’ like sealing yourself off in a pitch-dark cubby half-filled with warm, salty water. As niche as it sounds, sensory deprivation is actually a whole wellness trend, and there are plenty of places around the UK where you can try it. Float Level in Manchester provides swish soundproofed flotation pods in a chic city-centre space. Floatworks London has locations in Angel and Victoria, and has the biggest tanks around. Or try Float in the Forest, where you're encouraged to bob about in the bucolic idyll of Gloucestershire’s Forest of Dean. All guarantee you’ll emerge salt-scrubbed and in a thoroughly buoyant mood. 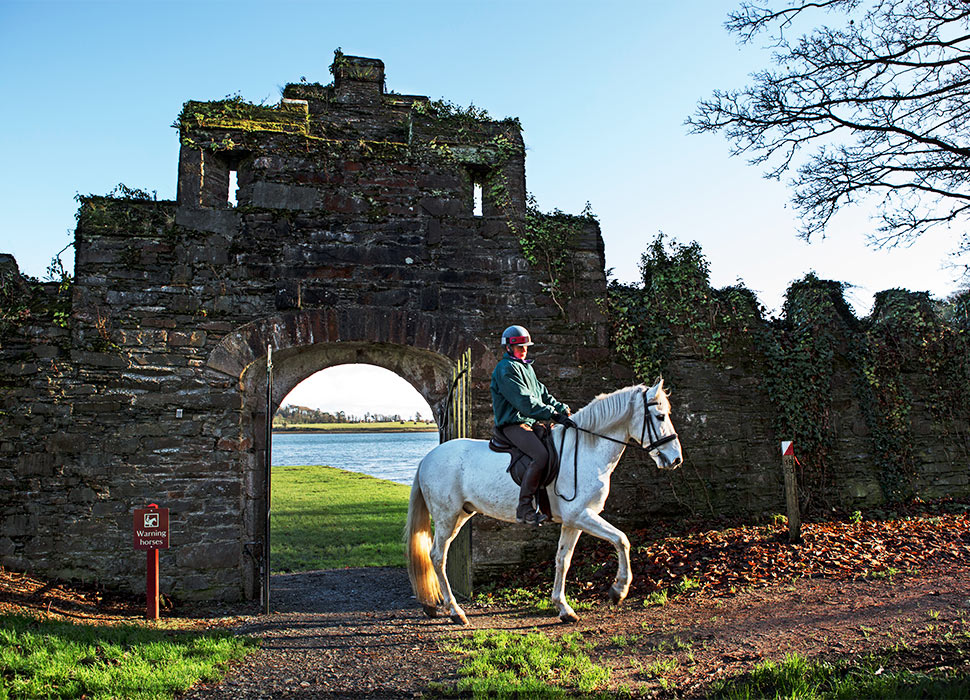 Get on the hoof at an austere Irish estate

Fair enough: you can’t be arsed with people. So how does a rough and ready canter in the company of a noble stallion sound? Northern Ireland’s Castle Ward Hoof Trail offers moderately experienced equine types the unforgettable chance to trot 12km through the grounds of this smart Gothic Revival seat, once a filming location for Game Of Thrones. For best results, book yourself in for an early-morning ride, savouring the silent setting with not a soul around, save the chatty birds and your muscular neigh-saying steed.

The best UK cottagecore rentals to escape to this summer

The UK's best llama (and alpaca!) farms and treks