London's many areas all offer the individual traveller something very different. Here's a guide to 11 of the most popular

Samuel Johnson’s old adage that “when a man is tired of London, he is tired of life” might sound a whopping cliche these days, but he still had a point. London has it all: astounding architecture, marvellous museums (most of which are free), bucolic expanses and languid riversides, enthralling culture high and low, and a genuinely world-beating restaurant and bar scene. It’s perhaps the city-aficionado’s city, and certainly one of the globe’s great capitals.

It’s also a truly sprawling metropolis: a morass of distinct neighbourhoods connected by a complex web of tube lines, bus routes and boats, impossible to explore properly in one fell swoop. Making the most of London means picking a district or three that reflect your character and really digging in. Here’s a guide to what London’s best neighbourhoods hold for the inquisitive traveller.

Soho and the West End 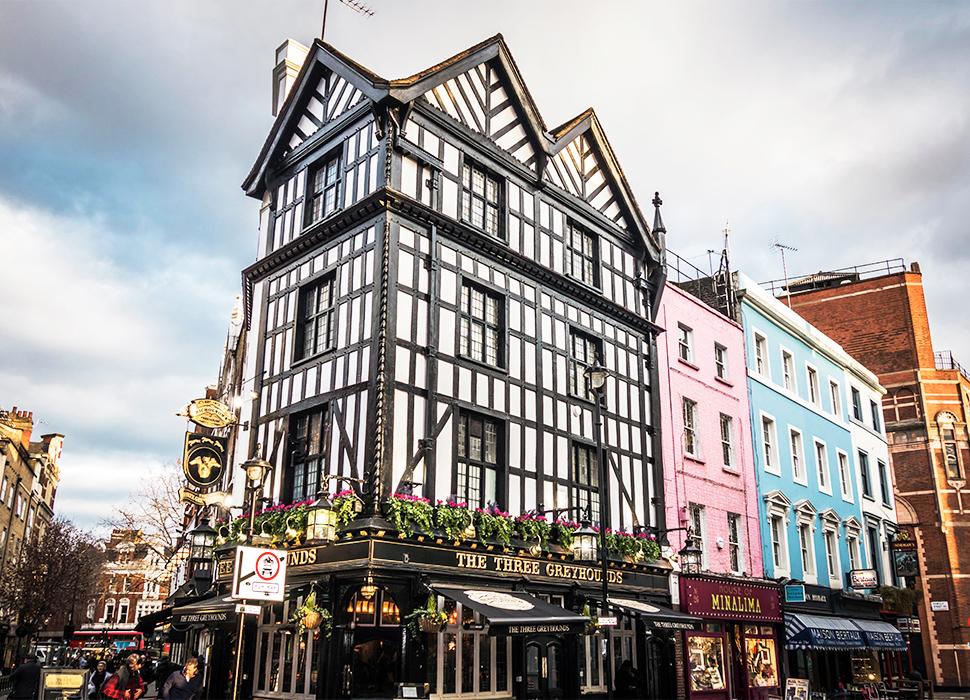 The one for: glamour and clamour

Soho’s come a long way since its gloriously sleazy heyday, but the area – a warren of byways between Regent Street and Charing Cross Road – is still vibrant, chaotic London in a nutshell. This is especially true of the roads off and around Old Compton and Dean streets, collectively an epicentre of the city’s gay scene and home to some of Soho’s most atmospheric boozers and restaurants. To the west, you’ll find bougie shopping at Liberty and Carnaby Street, to the south the bright lights of the Theatreland district. It’s hardly a relaxing ‘hood, but London doesn’t come more evocative. 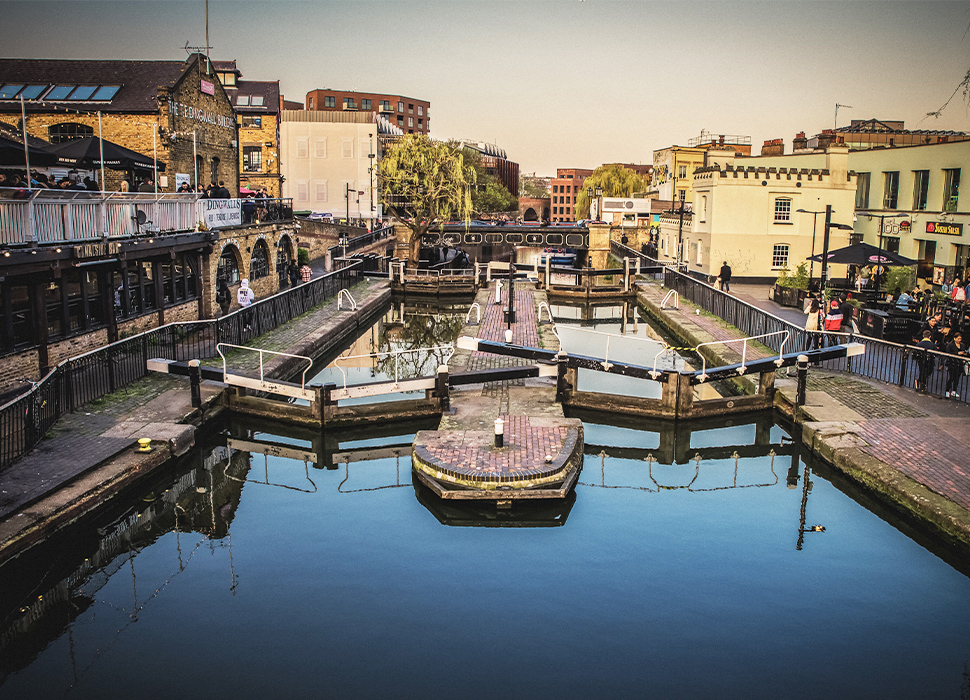 Canalside Camden is where much of the area's action lies / Image: Getty Images

The one for: music, markets and canalside munching

As every Londoner knows, Camden Town lost a lot of lustre after the Cool Britannia era, becoming a bit of tatty shell of its former self. But it’s decisively on the up again: the Stables Market, past the canal towards Chalk Farm, now offers some awesome street food (and is still home to the sartorial psytrance mecca of Cyberdog) and the area’s venues remain a reliable hub for alternative music (the Electric Ballroom and metal pub The Black Heart especially). But for a more relaxing experience, head a mile or so north to Kentish Town – it’s got a family-friendly vibe, with its cute city farm and easy access to pretty Parliament Hill. 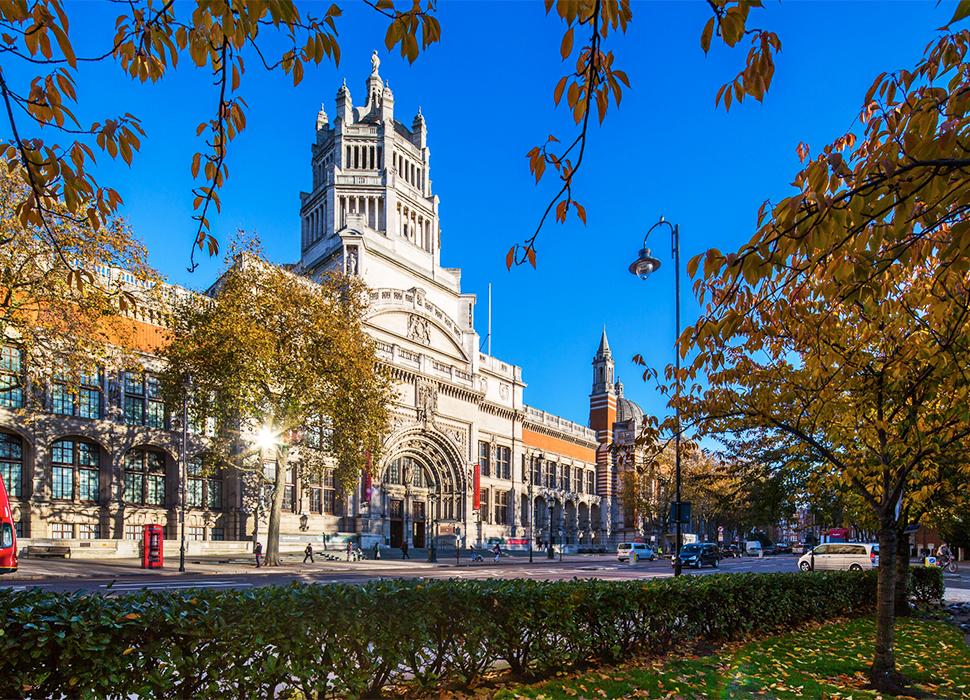 The one for: antiquity aficionados

London’s world renowned for its museums, and one of the best in town is the V&A: a breathtaking and enormous collection of decorative art and design that you could get merrily lost in for weeks. The Natural History Museum, just across the road, is equally ace (especially if you’re into dinosaurs), and collectively they represent South Ken’s key draws. Just to the south, Chelsea is a rarefied district of pretty mews houses, charming boozers, verdant squares and the very well-to-do. The King’s Road, which stretches from Sloane Square to Fulham, is the buzzy commercial and cultural heart, though any one of its streets would make a perfectly lovely bolthole for a long weekend. 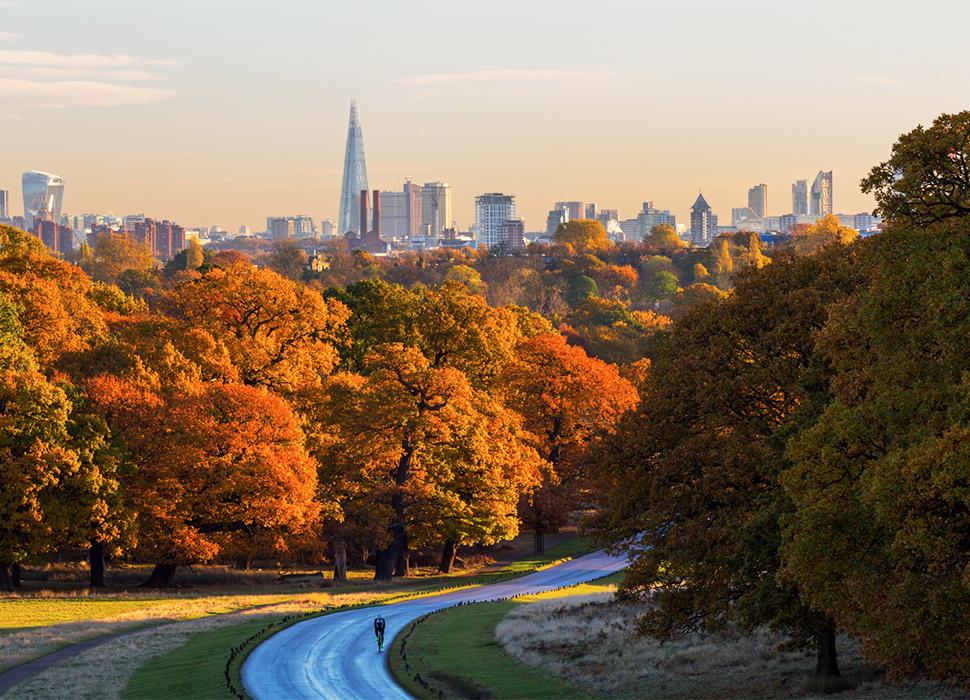 It’s a bit of a schlep out of town, but Richmond’s picture-perfect setting and provision of wild green space makes it one of west London’s dreamiest ‘hoods. The town makes fine use of its position on the banks of the Thames, with rowing boats for hire under the bridge and some excellent waterside watering holes. But Richmond Park, with its hordes of deer, protected views of St Paul’s Cathedral, and miles of painterly woods and grassland, is the big ticket. Head south out of town, taking in the view over Petersham Meadows from Richmond Hill, and you’ll amble straight into it. 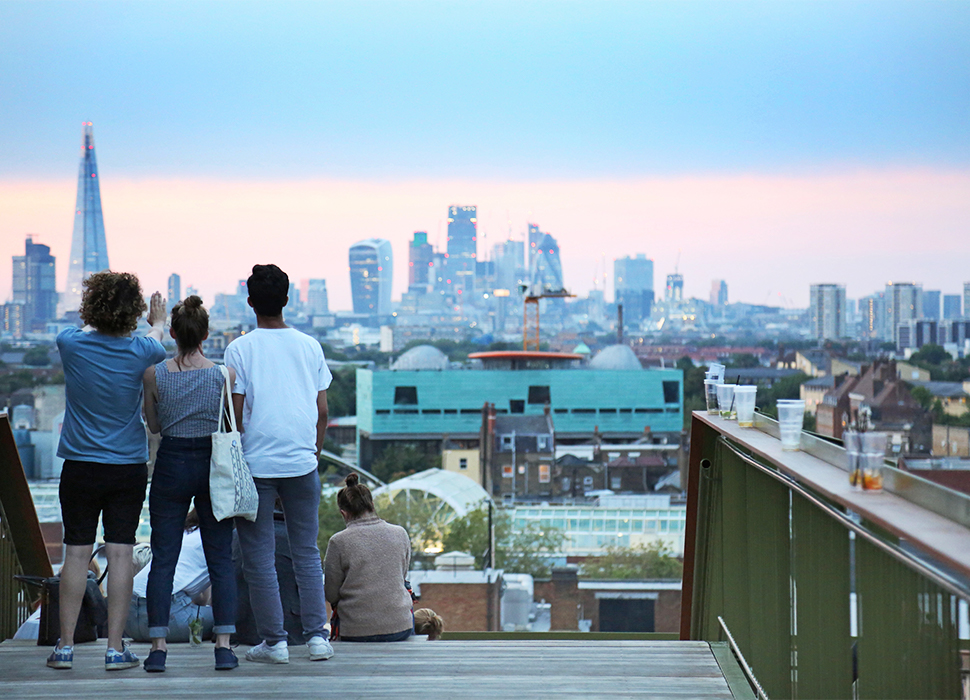 A prime view of the city skyline from Frank's rooftop bar / Image: Alamy

For the last few years, Peckham in southeast London has been the city’s hipster ground-zero. Originally, this was buoyed almost purely by the presence of iconic rooftop bar Frank’s (rather, inexplicably, than William Blake’s favourite park, the Rye). But now, the area around the station thrums with achingly cool restaurants and drinking dens, clubs and multifaceted art spaces (all while resisting wholesale gentrification and retaining a strong African identity). Nearby Bellenden Road offers a far more villagey and genteel foil. 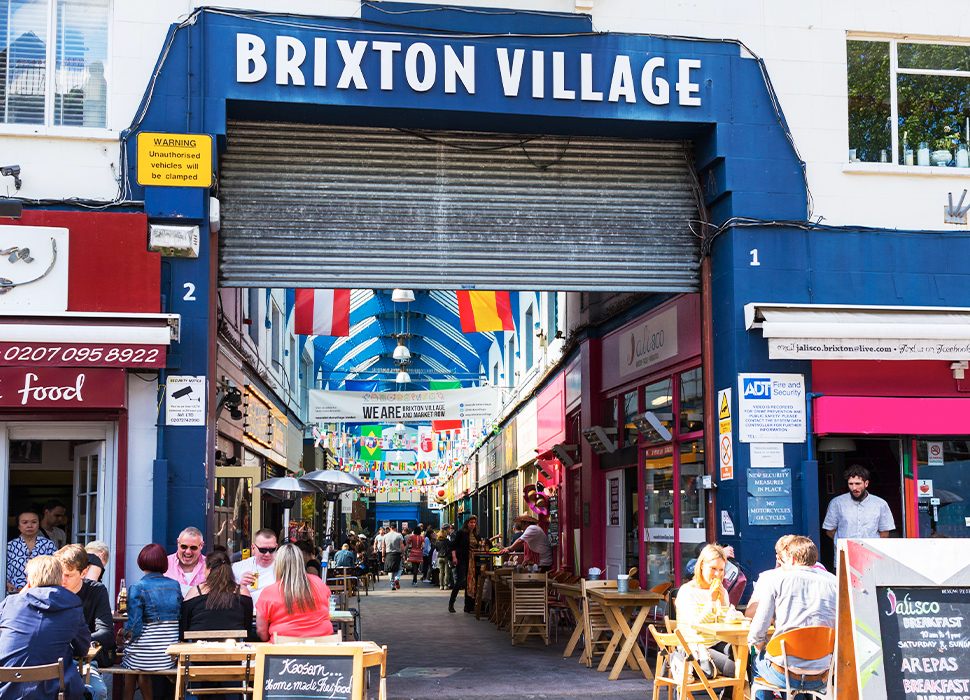 Brixton Village is one of the area's two kick-ass food markets / Image: Alamy

The one for: beautiful chaos

And you thought Peckham was hectic? It’s got nothing on Brixton, south London’s most culturally energising neighbourhood. It’s hugely multicultural, with a tumultuous history, and a thrumming, noisy atmosphere. Come for fantastic eats around the two markets and stay for the bass-heavy club culture, arthouse flicks at the Ritzy on regenerated Windrush Square, and the iconic vestige of old Brixton that is Hootenanny, a riotous pub/music-hall up Brixton Hill. 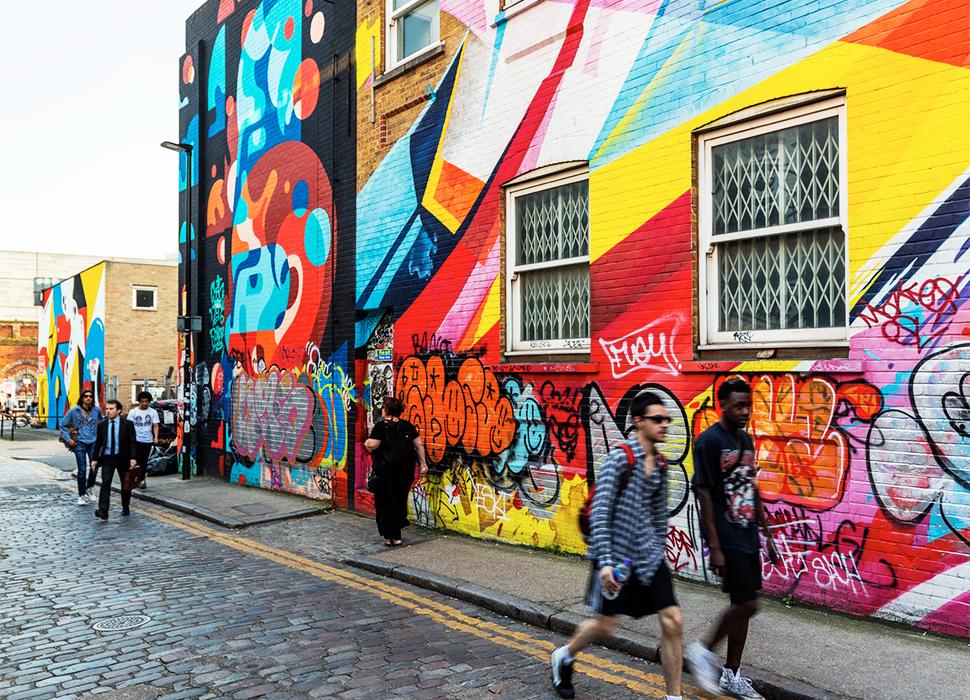 The one for: ageing hipsters

Connected by the traffic vein that is Kingsland Road, Shoreditch and Dalston are slowly outgrowing the hyper-cool reputations they held a decade ago – but not to their detriment. The former has largely shed itself of the dayglo grime of its hipster zenith: it’s well worth visiting for the excellent lifestyle shopping around Redchurch Street and top-tier restaurants like Rochelle Canteen, a seasonal British spot in a school garden off pretty Arnold Circus. Dalston remains rougher around the edges, but with an artsier vibe across places like avant-garde music venue Cafe Oto, multipurpose theatre EartH and the little corner of sylvan respite that is Dalston Curve Garden. 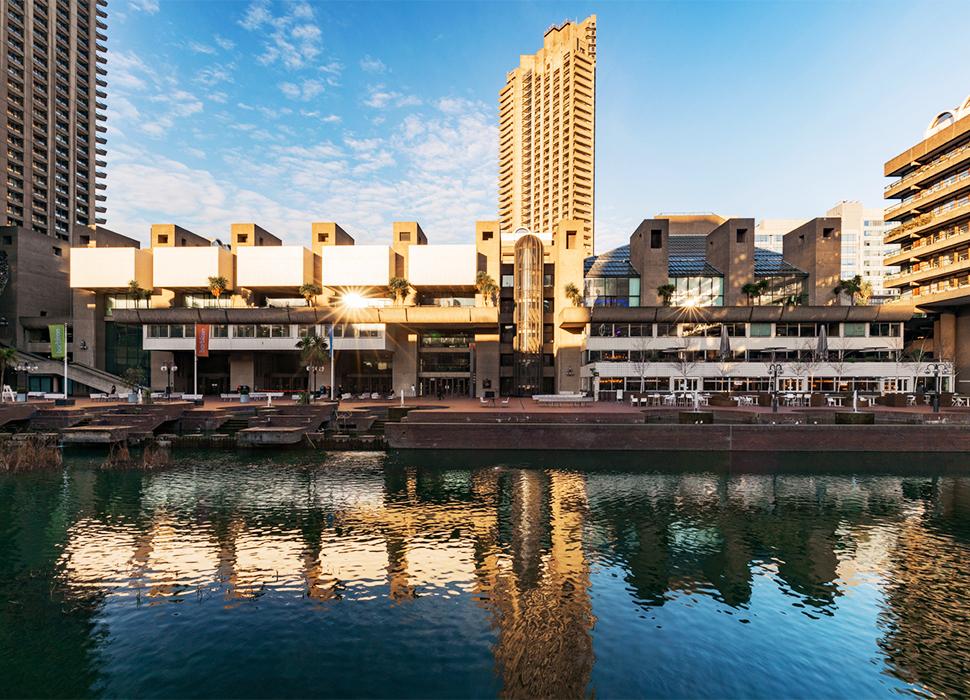 A placid day at the Barbican Estate / Image: ©visitlondon.com/Jon Reid

The brutalist babe that is the Barbican Centre should be top of the list for any visiting architecture or arts fans (its jungly Conservatory is one of London’s great hidden green spots, to boot). A great base for visiting it is nearby Clerkenwell, with its sea of designer furniture stores (and annual Design Week), quiet historic streets, premier contemporary dance venue Sadler’s Wells and Exmouth Market – perhaps the finest foodie 300m in London. Letter enthusiasts should head across the road to the Postal Museum at Mount Pleasant; here, they can hop on the old subterranean ‘mail rail’ that used to to transport parcels around London. 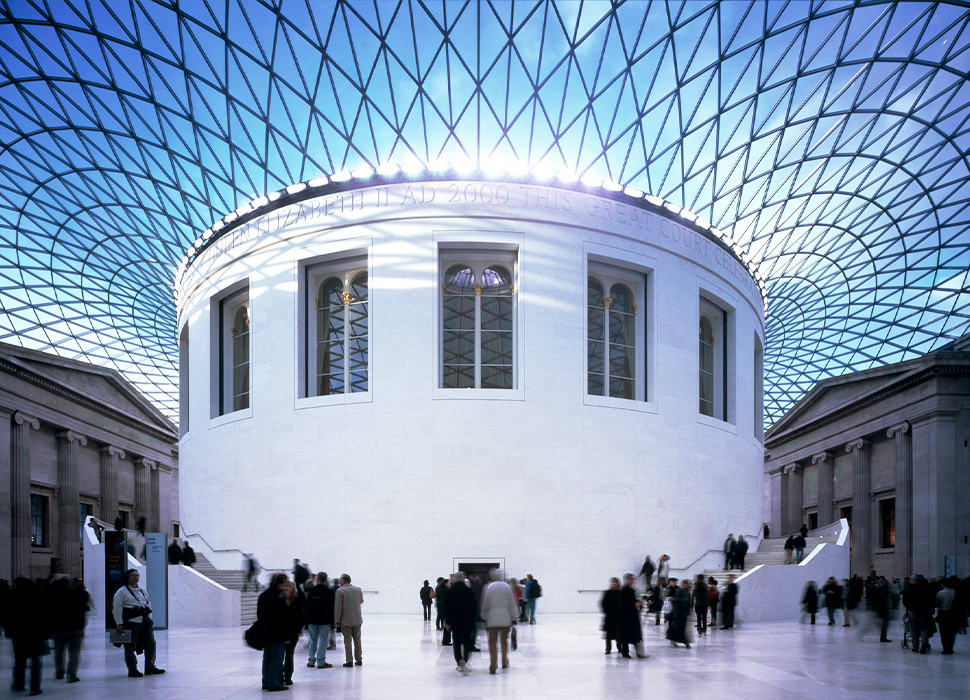 The one for: rarefied reading

The Bloomsbury Set – the cohort of early 20th century intellectual heavyweights that included Virginia Woolf and EM Forster – may be long dissolved, but this seemly area just south of Euston Road still holds much to interest the bookish visitor. The London Review Bookshop – spitting distance from the gargantuan and matchless British Museum – and secondhand treasure trove Skoob are two of London’s finest; more scholarly bookworms should make for the reading rooms of the British Library just across the way (it also holds regular exhibitions and literary events if you’re not just in it for the research). 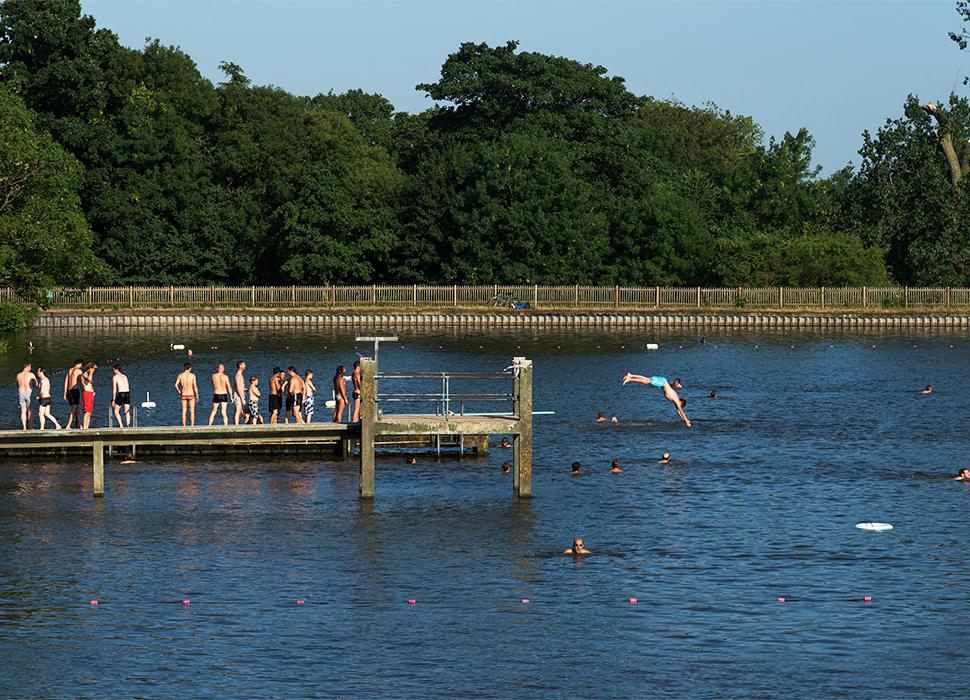 The one for: wild swimming and wild nature

A mish-mash of adorable backstreets, boutiquey shops and obscenely beautiful houses, Hampstead Village is undoubtedly London’s loveliest locale. Better still, it sits adjacent to the expanse of Hampstead Heath, with its epic views of central London and verdant greenery. But the true icing on Hampstead’s upmarket cake are its three wild swimming ponds. The mixed pond is close to the Overground station, while the men’s and ladies’ pools are across the Heath near Highgate Hill. Their chilly, murky waters offer an immersion in nature (you’ll be sharing the soup with all kinds of waterfowl) quite unlike any other in London. 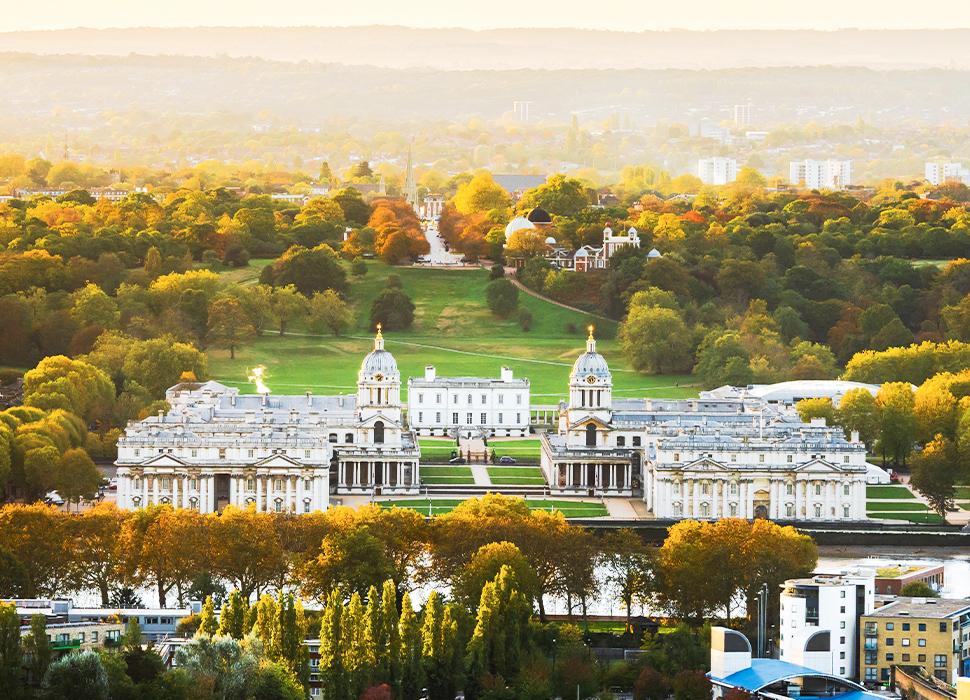 The one for: maritime marvels

Wetter = better in Greenwich, a leafy riverside part of southeast London home to the National Maritime Museum, dry-docked tea clipper the Cutty Sark and the Old Royal Naval College, with its pristine lawns and austere columns designed by Sir Christopher Wren. When you’ve had your fill of nauticalia, a leisurely amble up the hill through Greenwich Park (London’s oldest) will bring you to the Royal Observatory. Don’t forget to make a little time to see the Prime Meridian Line – the spot that marks the exact point of transition between the Eastern and Western Hemispheres.