Brunch at Between The Bridges is no drag / Image: Luke Dyson

The season's turned and it's time to pack out those diaries. Luckily, we've got a run-down on the most winning stuff happening in the capital this year – from punchy food pop-ups to village green circuses and everything in-between

Brunch at Between The Bridges is no drag / Image: Luke Dyson

After two years of limited fun and carefully regulated japes, Summer 2022 in the capital is coming back with a big ol’ bang. Want to reach transcendental musical highs? London’s got that covered. Feel like filling your face with delicious grub on a table of more than six? Easily doable. And whether an immersive show, some world class art or a spot of sport is your bag, there’s an all-guns-blazing, no-restrictions-required fixture on the city’s summer menu just waiting for you to tuck in.

Cool on culture and just ant to raise a glass? Here are London's best walk-up terraces for summer drinks.

And here are the most exciting new restaurant openings to boot, because why not?

Chestertons Polo in the Park 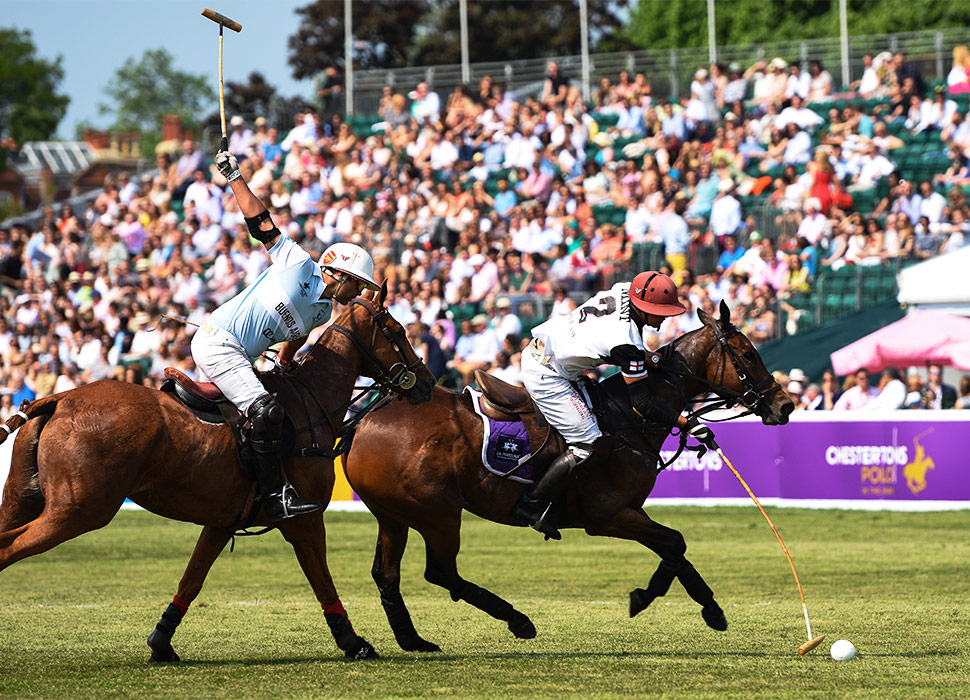 Horsing around at Hurlingham Park

Whether you’re a long term equestrian aficionado or the Jubilee’s got you fancying a slice of this most royal of sports, Hurlingham Park’s annual polo event should provide the goods. Spread across three days from 10-12 June at the Fulham grounds, you’ll not only be able to cheer on a series of international teams (as well as the local London squad), but there’ll be bars galore plus a food festival featuring the likes of Chick’n’Sours and BBQ Dept. They’ve even earmarked the 11th as Ladies Day. Better get the hat box out of storage. 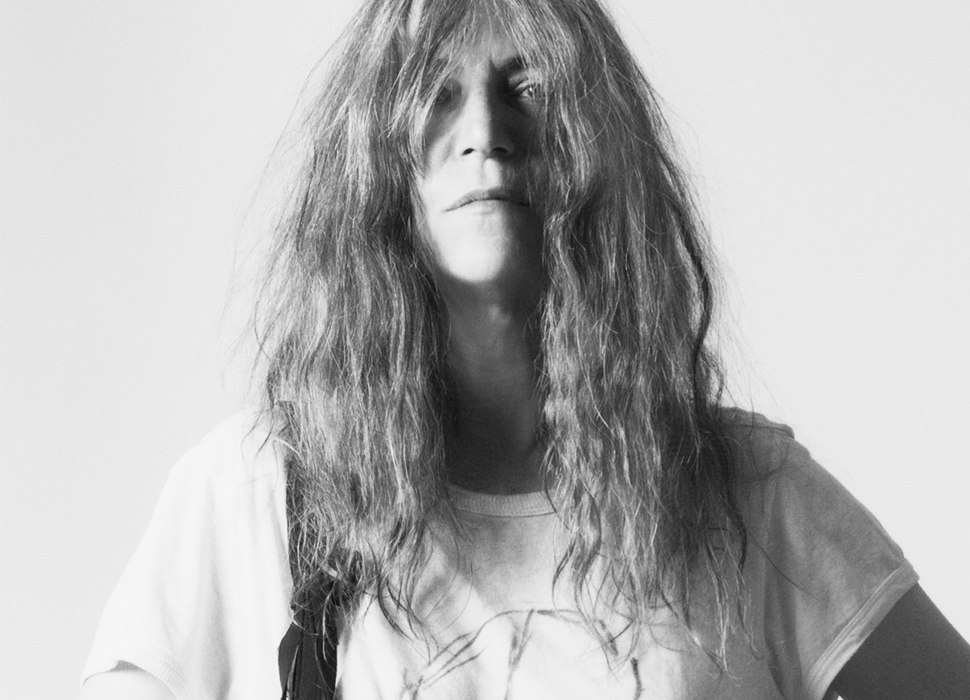 As influential musical icons go, you don’t get many more important than Patti Smith. The musician, punk poet and celebrated author will be bringing her impassioned live show to Alexandra Palace on 24 July, topping the bill at Higher Ground festival – a new boutique event focusing on innovative thinkers, genre-defying artists and people treading… well, higher ground. Joining Patti will be Mercury-nominated Nadine Shah, London indie firebrand Connie Constance and many more, with workshops, talks and other stimulating treats all included in the day. 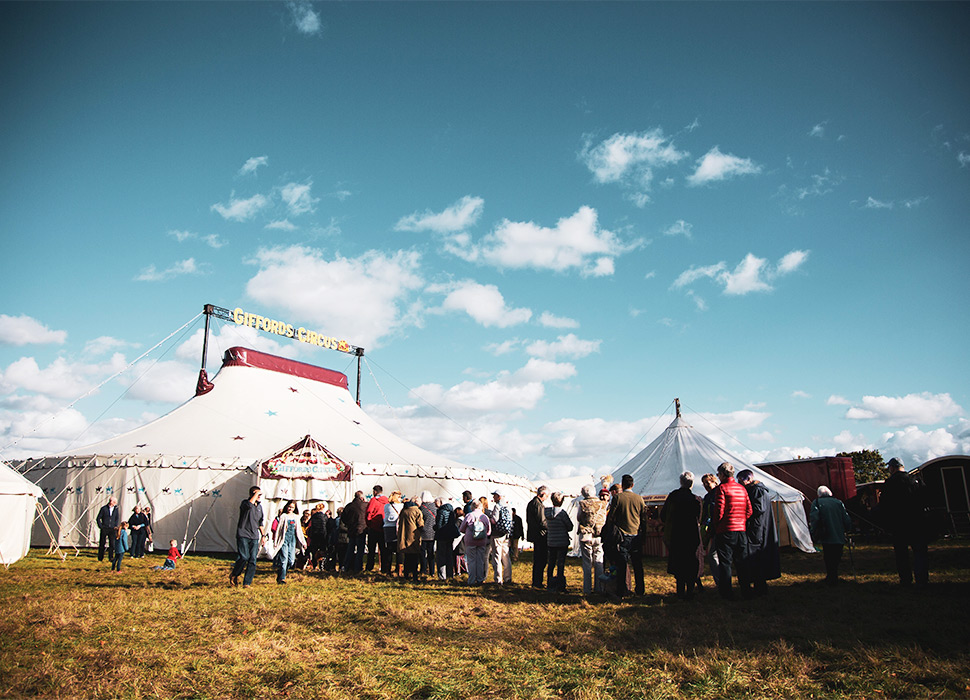 Stopping off at Chiswick House and Gardens from 16-27 June as part of its UK-wide summer tour, Gifford’s Circus promises to bring the sights and sounds of 1920s rural Mexico to London via its new show ¡Carpa!, inspired by the country’s rich musical and artistic history. Featuring acrobats, jugglers, horse vaulters and more, it’s a traditional circus show with an ambitious scope – aka, take the little ones, but you’ll likely leave with your mind pretty blown, too.

'Grime Stories' at Museum of London 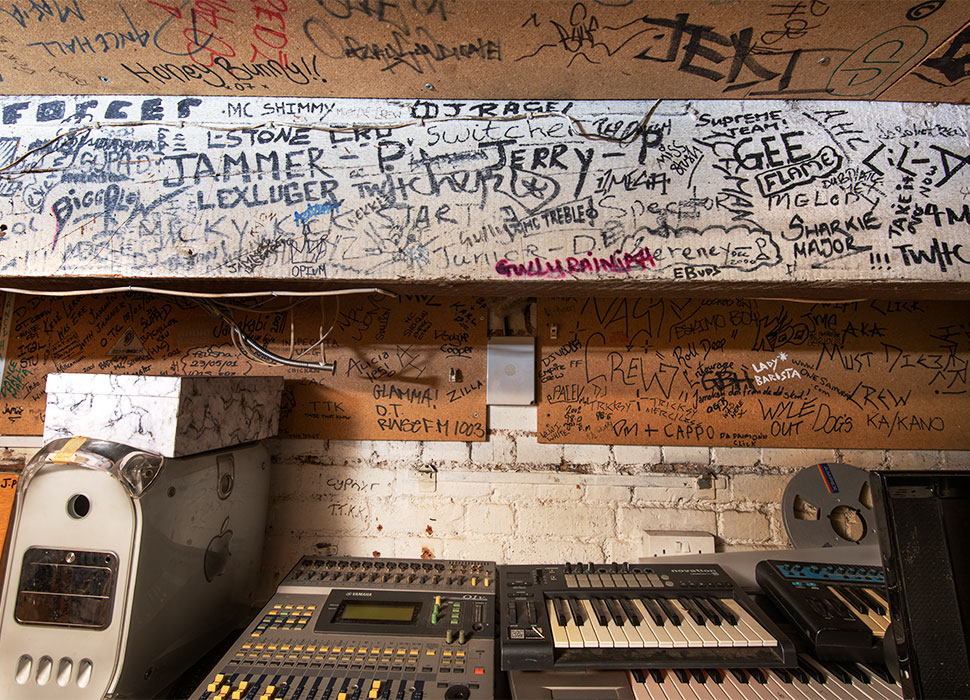 Since the turn of the century, grime has grown from a relatively underground concern to a powerfully important genre, making global stars of its figureheads and pushing its origins and narratives into the spotlight. Opening on 17 June, the Museum of London’s free 'Grime Stories' exhibition will track its journey from the streets of East London, showing how stations like Rinse FM and artists such as Skepta and Boy Better Know’s Jammer cemented their place in music history. 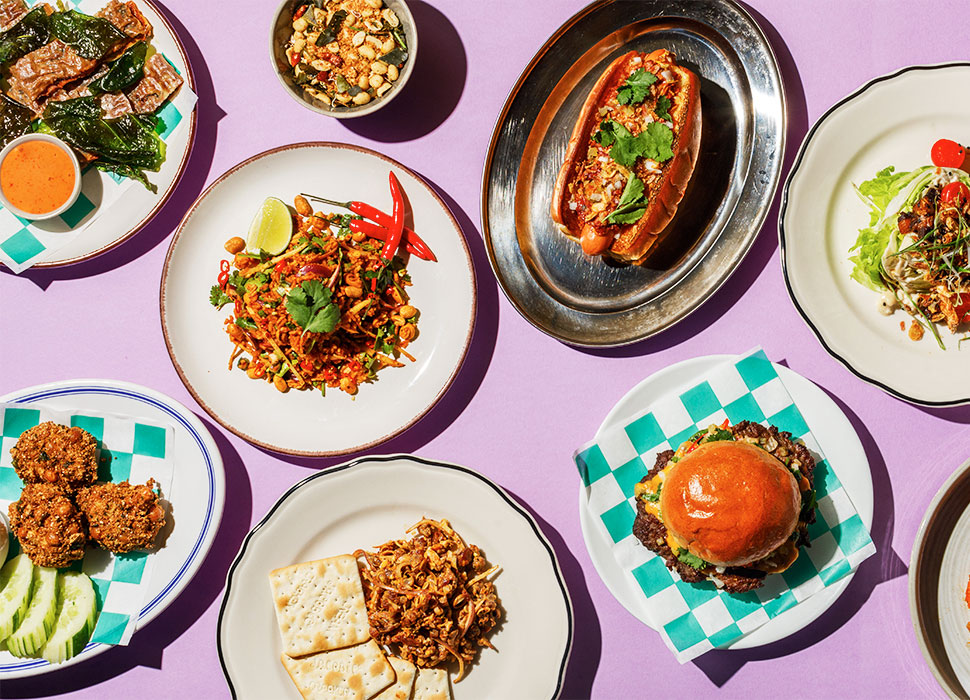 Kris Yenbamroong – the man behind cult LA Thai eatery NIGHT + MARKET – has brought a slice of the magic to Holborn's Rondo la Cave – the basement natural wine bar at The Hoxton hotel –  for a new summer pop up: Chet’s. Open mid-May for a four month residency, the onus is on indulgent fusion food, blending together the comfort of an American diner with the bold flavours of Thailand. Think fried chicken thighs served with spicy red eye chilli dip, pad rigatoni – literally a cross between a pasta dish and a pad thai – and a super-tangy smashburger.

The Glass Rooms on the River 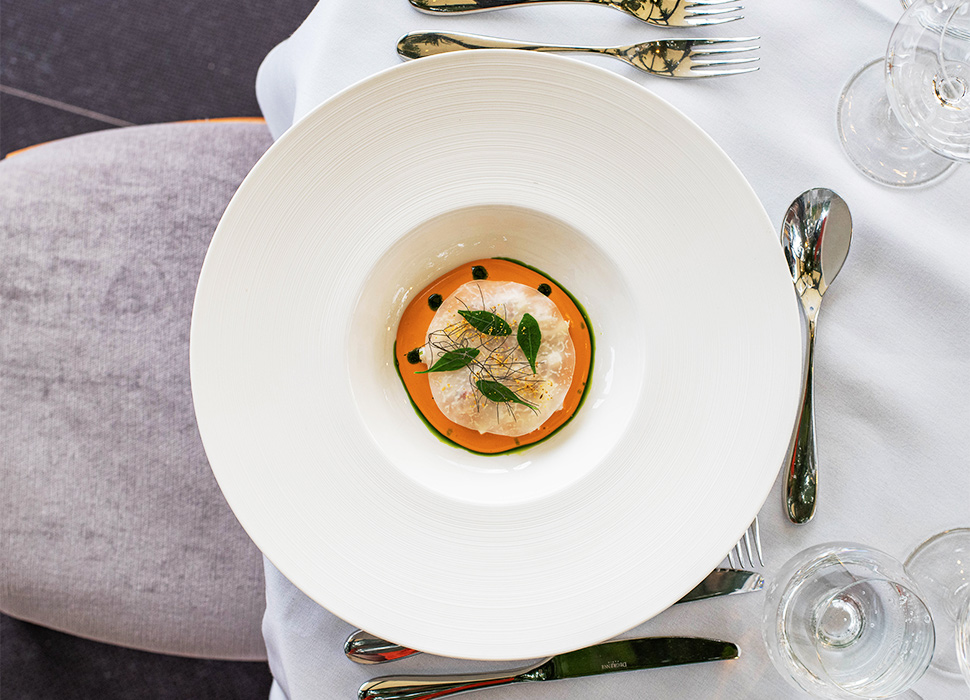 A meticulous dish at The Glass Rooms / Image: Patricia Tobin

Self-contained ‘igloos’ have long been a fixture of winter in London, but why should the colder months get all the fun? Located on the Wharf of the Tower of London, with panoramic views across the Thames, The Glass Rooms offer up a private dining experience like no other. Bubble up and indulge in the likes of Barbary duck breast or Dover sole, all safe in the knowledge that, should the fickle British weather take a turn, you’ll be sheltered from the storm. As part of the Jubilee celebrations, the Superbloom display will also be filling the Tower’s moat from June to September, meaning you’ll get to dine in front of a full floral fantasy.

Running for three weeks from 13 July, Secret Cinema’s latest immersive venture will transport attendees back to the summer of ‘63 via an all-guns-blazing outdoor recreation of the iconic film’s Kellerman’s Resort. The more you put into a Secret Cinema event, the more you get out of it – so be ready to don your finest Baby- and Johnny-adjacent attire and throw yourself into the action. Ten extra points if you come dressed as a watermelon. 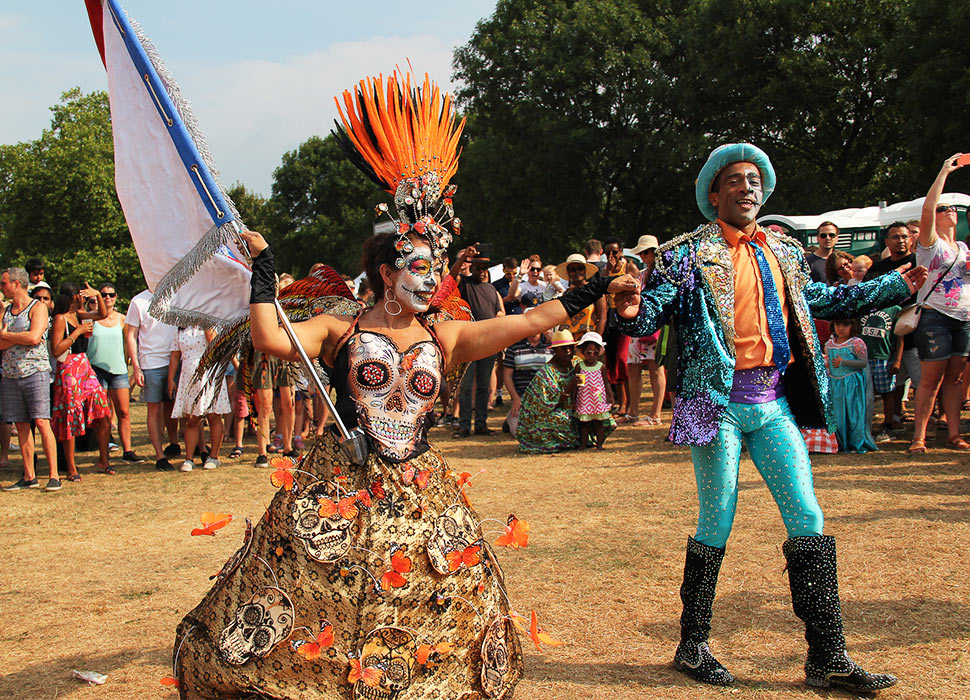 A south London summer fixture for nearly 50 years, the Lambeth Country Show is an oldie but a goodie, combining wholesome fun (medieval jousting competitions and sheep shearing displays take top billing here) with enough cider to floor every farmer in Somerset. At the show’s last 2019 edition, entries to the fruit and vegetable display competition included a cabbage-based Salvador Da-leaves and an inspired interpretation of ‘Strawbzy’ headlining Glastonbury. Pure entertainment at its finest. 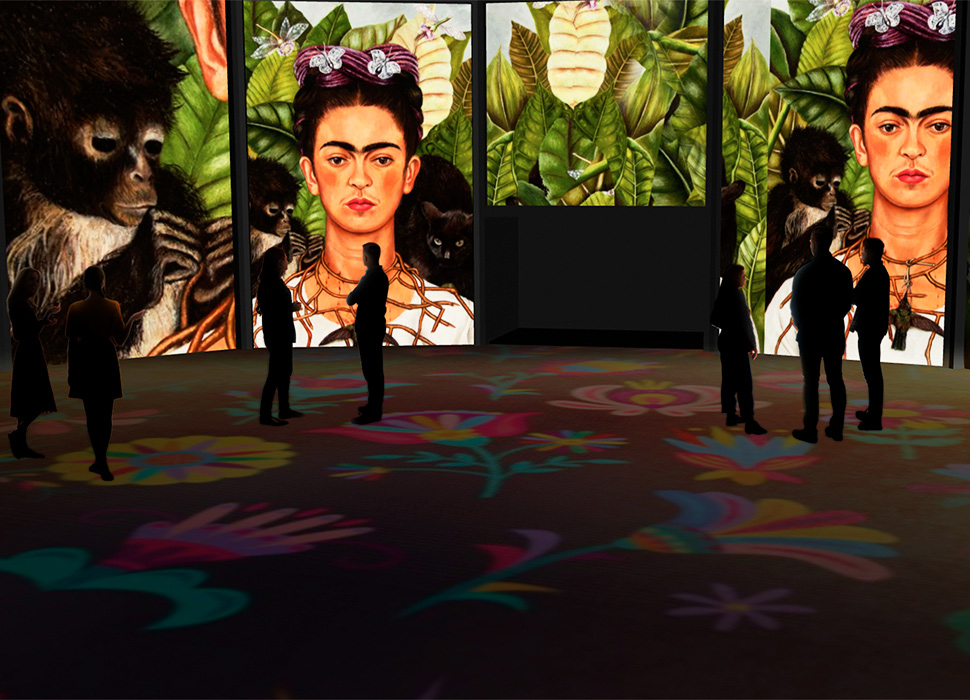 Following the city’s recent, much-celebrated immersive Van Gogh exhibition, London is now getting another multi-sensory art treat in the form of 'Mexican Geniuses' – exploring the work of Frida Kahlo and Diego Rivera via the medium of VR. Currently bookable until the end of June and located in Canada Water, wander through Day of the Dead celebrations and into the afterlife – all inspired by the rich creativity of this most volatile artistic pair.

Drag Brunches at Between the Bridges 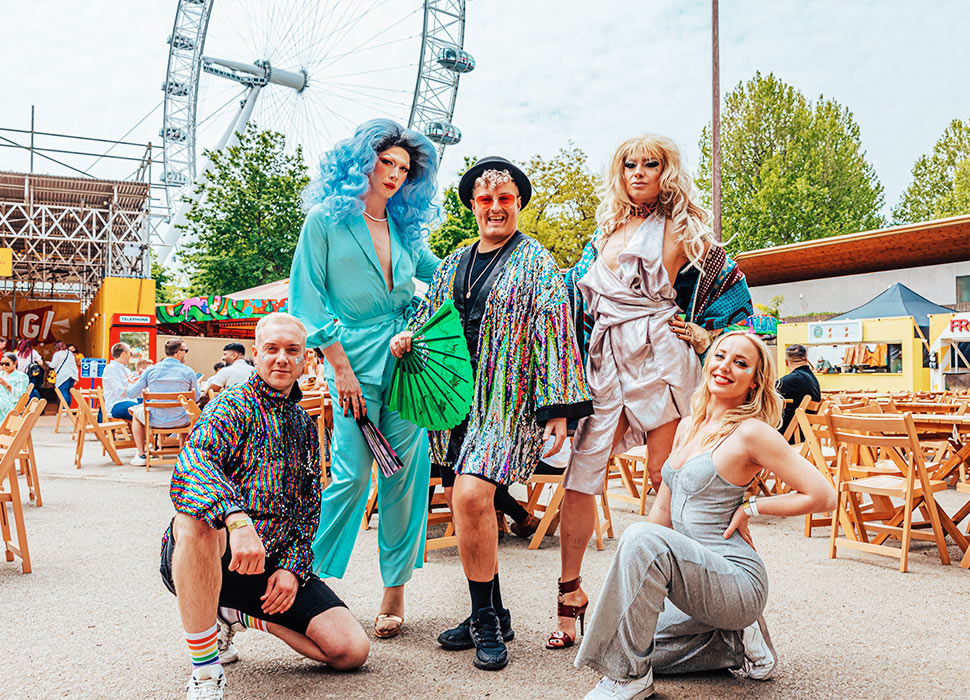 Calling all Ru Paul’s Drag Race stans! If you want to get up close and personal with some of the show’s most beloved queens (and get more than a little tipsy while doing it), there are few better ways to spend a Saturday afternoon than at this Southbank shindig. Over the course of the summer, fan favourites including The Vivienne, Tia Kofi, Cheryl Hole and Tayce will all be taking to the stage, with quizzes, DJs and, of course, an hour of bottomless Prosecco all thrown in too. UK Hun? You will be after this. 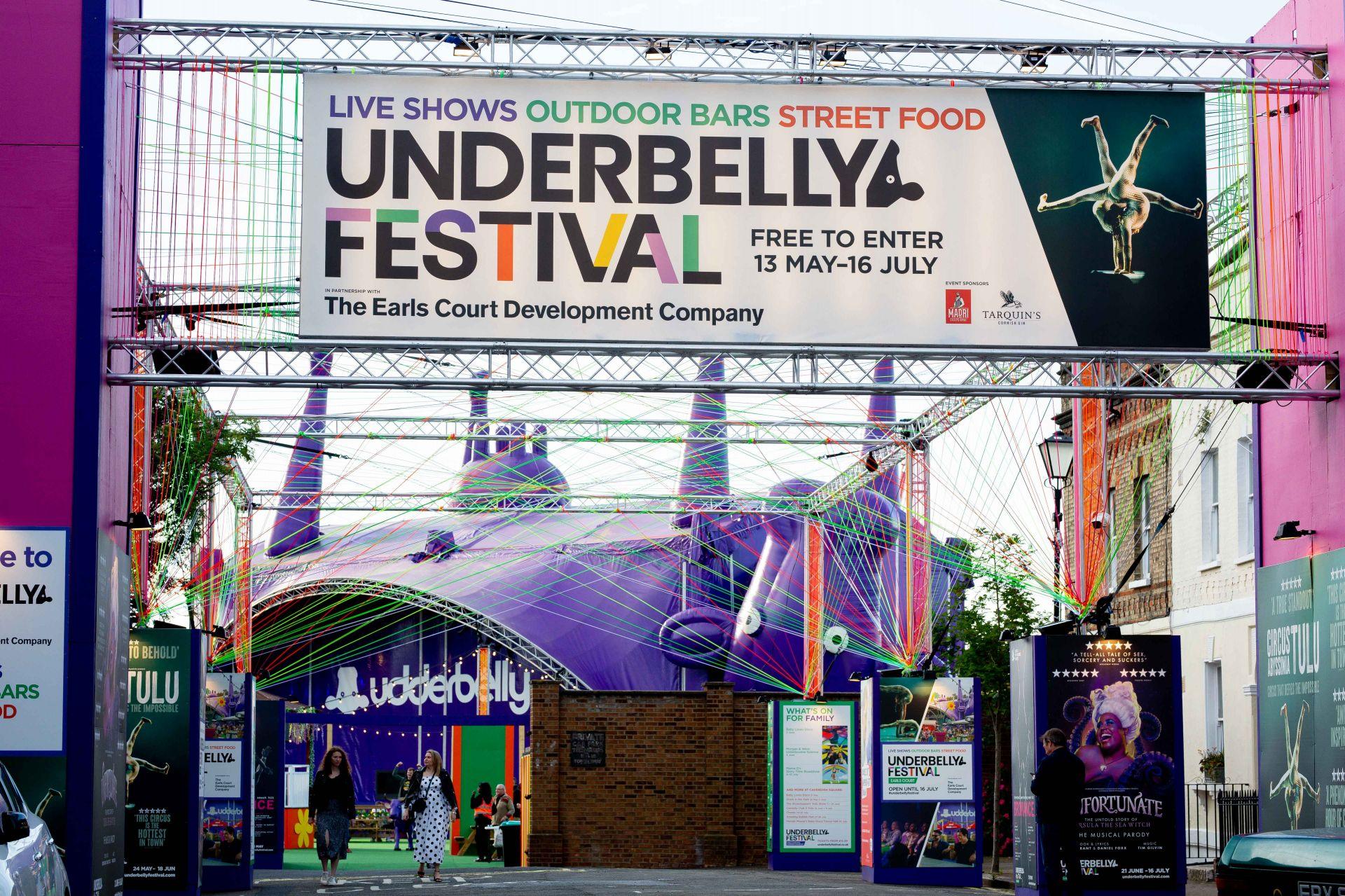 The entrance to the Earl's Court site / Image: Pasco Photography