Feeling absolutely stinking ravenous? Then join us as we chomp our way through London's hottest new restaurants, one feted opening at at time. This time, we hit up a hot Anglo-Cantonese joint in south London 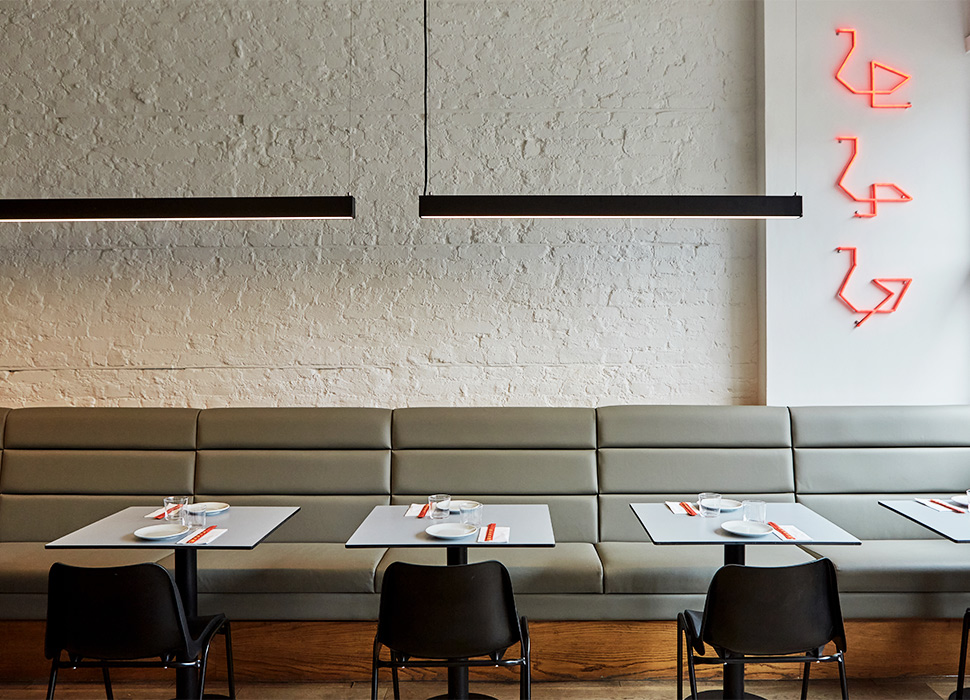 The past decade has seen a cheery proliferation of regional Chinese restaurants sweep London. Subsequently, the mouth-numbing, head-razing food of Xianjing, Xi’an and Hunan – at places like Xi’an Impression in Arsenal, Silk Road in Camberwell, and the west Xianjing Uyghur champion Etles in Walthamstow – has brushed aside the Cantonese fare that was once shorthand for Chinese in the capital.

No longer. Behold the Red Duck: a dinky, modern Anglo-Cantonese spot from chef Chi San. It's located in the genteel foodie badlands of south London’s Balham – stuck between the upmarket bistros and modern Euro restaurants of Clapham Common and Tooting’s thrumming south Indian joints – a few doors down from the Bowls Club (the area’s best boozer by a mile).

The space itself, too, errs from the familiar, with an industro-minimalist, neon-flecked aesthetic on the ground floor, booth seating in the basement, an airy street-facing terrace and a bustling open kitchen at its heart. All in, it’s a beaming addition to an area bereft of great food – and a wicked addition to London’s Chinese scene to boot. 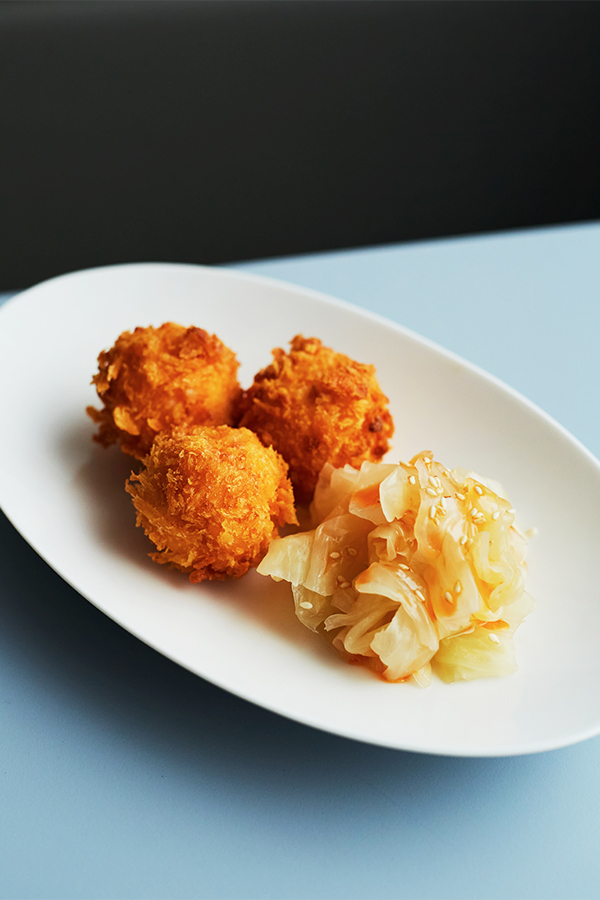 Had Jeff Goldblum sent a slice of prawn toast through his insect/human mashing teleportation doodad in The Fly, he might have ended up with something like Red Duck’s panko prawn balls. Cloud-like orbs of minced prawn are decked in snappy shards of panko breadcrumbs – served with house pickles, they’re a delicate take on the ageless takeaway standard. 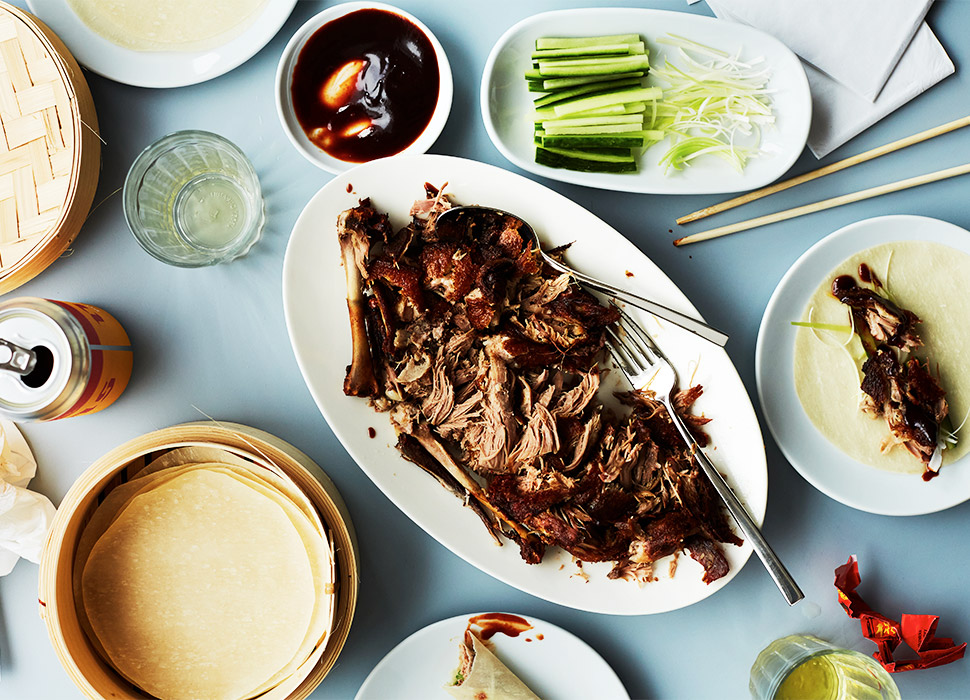 Here, you could neck nothing but a single, quarter-bird plate of crispy aromatic duck and still leave sated, such is the spectacular, confit-style melding of crisp skin and moist, shredded flesh (all the better wrapped in papery pancakes with the umami hit of good hoi sin). Chi sources his ducks from Northern Ireland’s Silver Hill farm especially for their fat/flesh ratio, and the canny shopping shows. 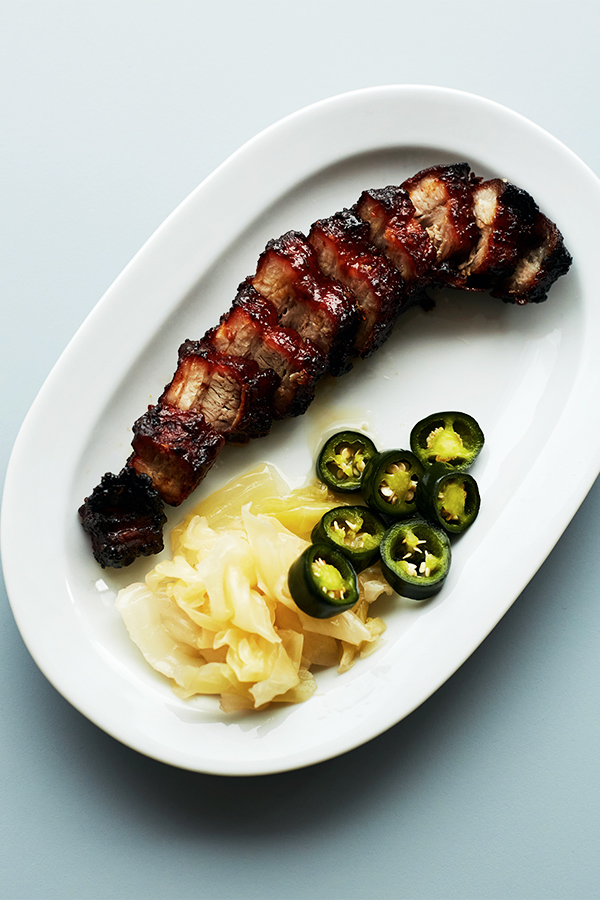 Char siu pork can, in lesser hands, end up a rum mix of cloying glaze and dusty pig. The slab here is the opposite: a neatly caramelised five-spice sweetness from the grill, the pork itself humming with flavour, and the lot offset with a sharp jalapeno/pickle garnish. You’ll need something fresh after all that, so hit up a side of braised baby pak choi  – a simple, soy-soaked take on the Chinese green. 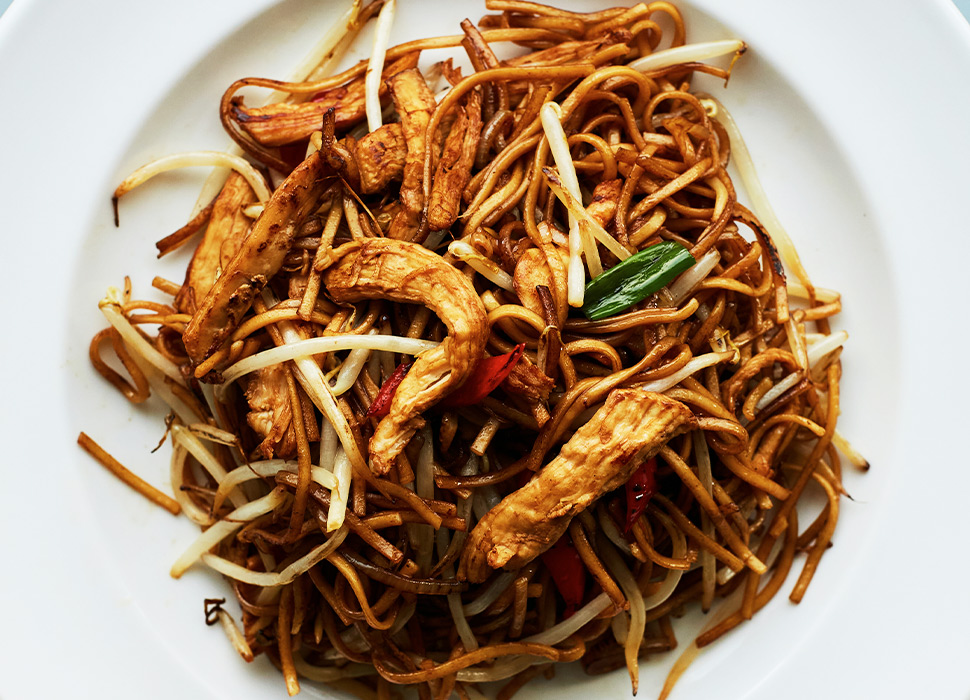 Chow down on this, why don't you?

Because you're hungry for deftly-made, rarefied Cantonese classics without the fluro colours, MSG blizzard and nocturnal dehydration. It's the best Chinese takeaway you've never had, basically.

Not sated? Then check out our list of the very best restaurants across London