A spread of filthy-delicious fare at Mr Ji in Soho

FEELING ABSOLUTELY STINKING RAVENOUS? THEN JOIN US AS WE CHOMP OUR WAY THROUGH LONDON'S HOTTEST NEW RESTAURANTS, ONE GLORIOUS OPENING AT A TIME. This week, we wing it to an astounding Taiwanese chicken joint in Soho

A spread of filthy-delicious fare at Mr Ji in Soho

Like this? Well perhaps you'll like our review of Cin Cin – a sweet neighbourhood Italian in Fitzrovia – too. 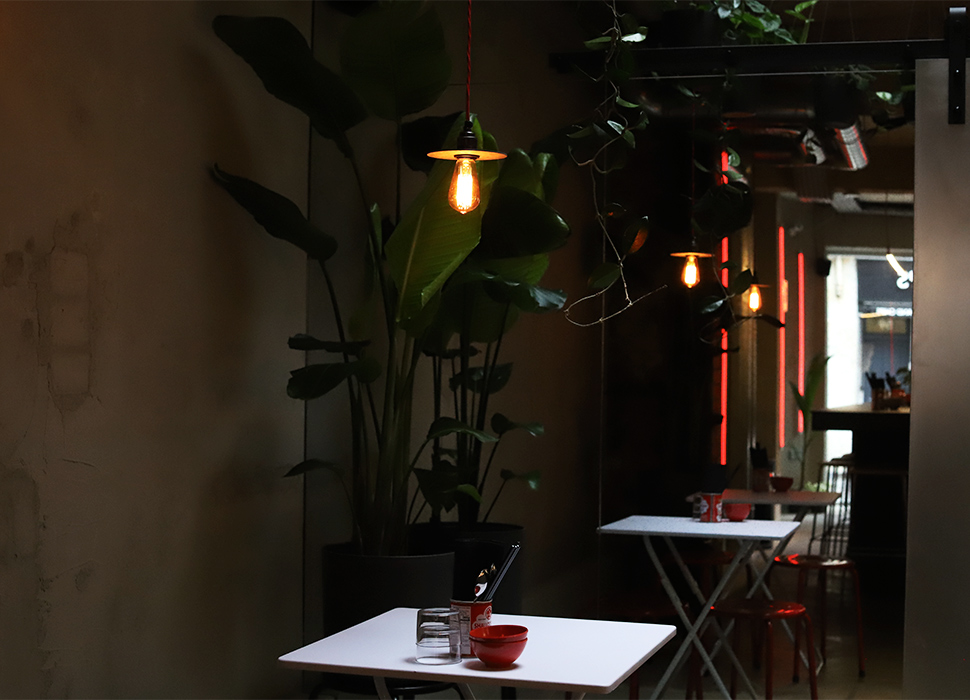 The interiors are moodily lit and artfully distressed

Some glow-ups are too good to ignore – Harry Styles’s transition from apple-cheeked boy bander to gender-bending heartthrob, for example, or every McDonald’s since the 90s. Mr Ji – which reopened its doors in London's Soho this month after an extensive renovation – sits firmly in that camp. What was once a grab-and-go Taiwanese fried chicken joint is now a slick ‘snacks and poultry’ sit-down operation, housed in an industrial-minimalist space decorated with sparse neon accents and distressed plaster walls. It’s the kind of interior that says, 'We are cool now, and we know it.'

Long, long ago, Mr Ji was just a dinky stall on Camden Parkway. Following the success of that iteration, owner Samuel Haim moved Mr Ji to its current Old Compton Street address. But early patrons will hardly recognise the menu today, thanks to heavy redrafts care of Haim’s new business partners – Zijun Meng and Ana Gonçalves, the duo behind cult favourite TĀTĀ Eatery. Just as they do at their restaurant in Haggerston, Meng and Gonçalves bring their penchant for pan-cultural cooking and leftfield ingredients here.

The menu – a selection of on-trend, grazeable small plates built around a few centrepiece poultry dishes – perfectly compliments Meng and Gonçalves’s super-blender cooking style. Since Mr Ji draws inspiration from the fried-bird culture of Taiwan, chicken is obviously the star here, but veggies shouldn’t be put off – most of the ‘snack’ dishes are both substantial and meat-free, and there’s an off-menu tofu dish cooked in the style of the chilli chicken to doubly ensure herbivores are satiated.

Mr Ji’s MO is taking a relatively straightforward dish, feeding it through a paper shredder and pasting it back together in a chaotic pastiche. The trad prawn toast becomes ‘Prawns "In" Toast’; the chip shop-inspired spuds ‘n’ curry sauce is levelled up with Sichuan spice and shapely crinkle fries. It operates by a single binding principle – food as a vehicle for both flavour and fun. And who doesn’t like fun?

What should I order

Deranged it may sound, but the braised and minced gizzards with smoked cream cheese and Doritos – literally an unopened packet of Cool Original chips for scooping – is set, surely, to become a Mr Ji signature: a hyper-savoury, offal-humming triumph of an elevated party dip. 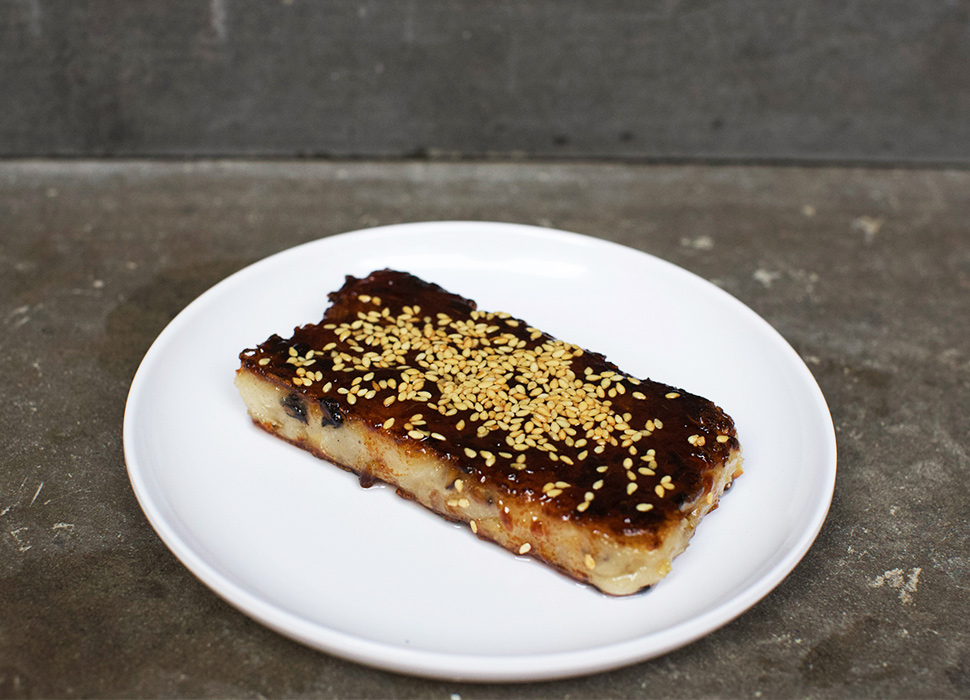 The daikon cake – soft shredded daikon and shiitake flavoured with a garlic soy paste – is twice-cooked (steamed, then fried) and twice delicious, encased in an addictive umami shell made of crispy rice flour. 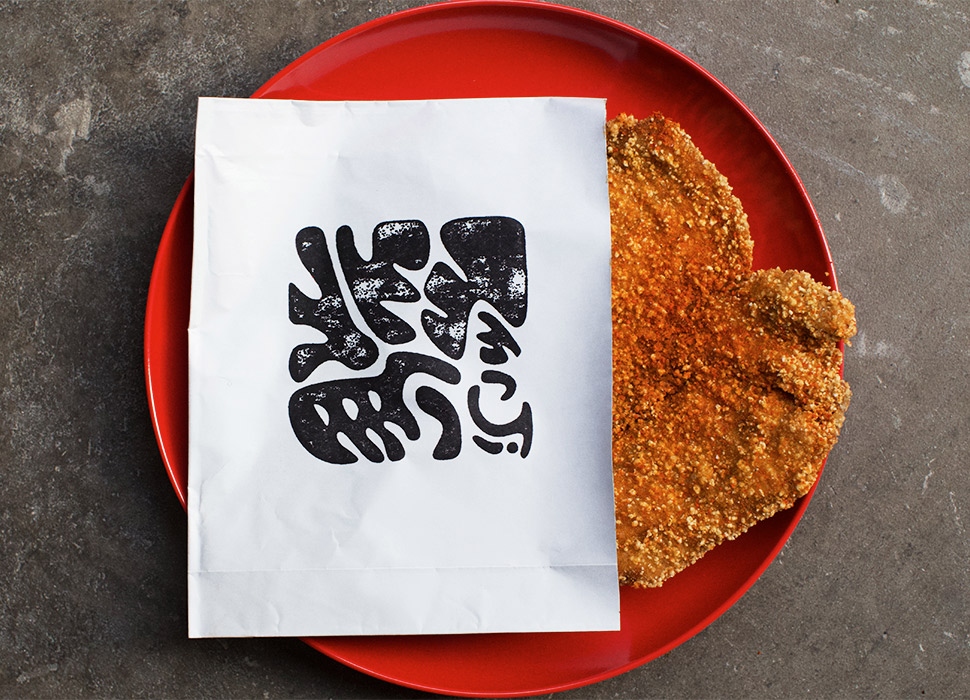 Taiwanese fried chicken gets the schnitzel treatment with The O'Ji: a flattened slab of breast, festooned in sweet/spicy chilli sprinkles and served with wickedly piquant piccalilli mayo and a pair of kitchen scissors for DIY portioning. At a round ten quid it's an absolute snip.

Don’t skip the ‘crinkles’ – a plate of crinkle chips drenched in a gelatinous stream of stir-fry discard, then topped with a heavy glug of mayo and a blanket of coriander. It delivers the whole-mouth flavour of your favourite chippy fodder, only with more texture and heat. 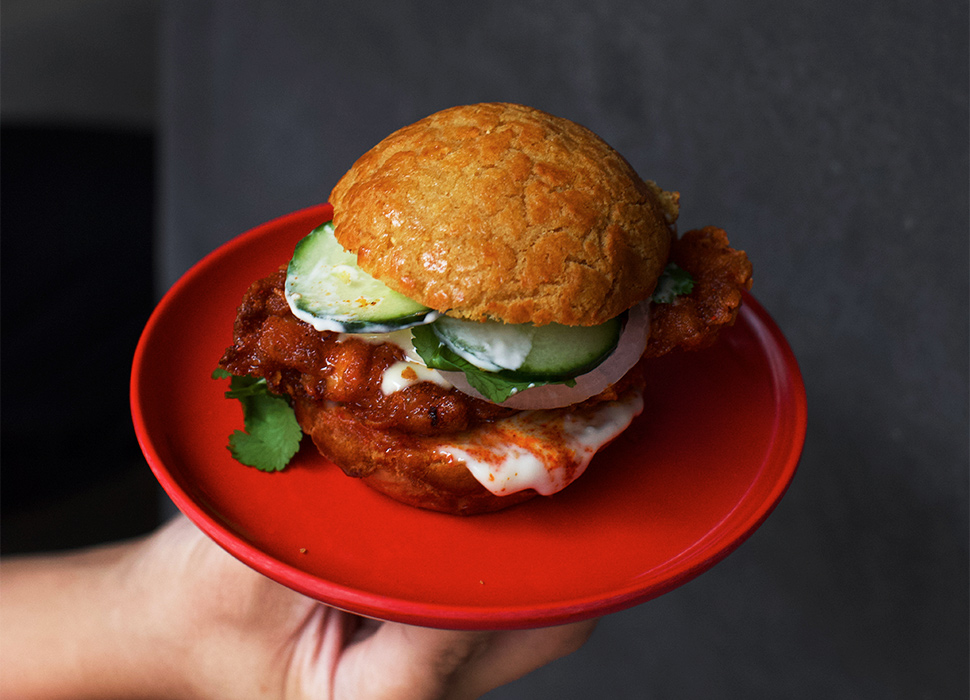 A killer Szechuan chicken burger in a pineapple bun

It’s the restaurant of the moment, but this isn’t a hype bubble in danger of popping – we bet Mr Ji will become a Soho classic.