A cornucopia of curries

FEELING ABSOLUTELY STINKING RAVENOUS? THEN JOIN US AS WE CHOMP OUR WAY THROUGH LONDON'S HOTTEST NEW RESTAURANTS, ONE GLORIOUS OPENING AT A TIME. THIS WEEK, A FANCY INDIAN SHARING PLATE AFFAIR FROM AN ALL-STAR CHEF

A cornucopia of curries

When you're full up on that, check out our guide to the best restaurants in London. 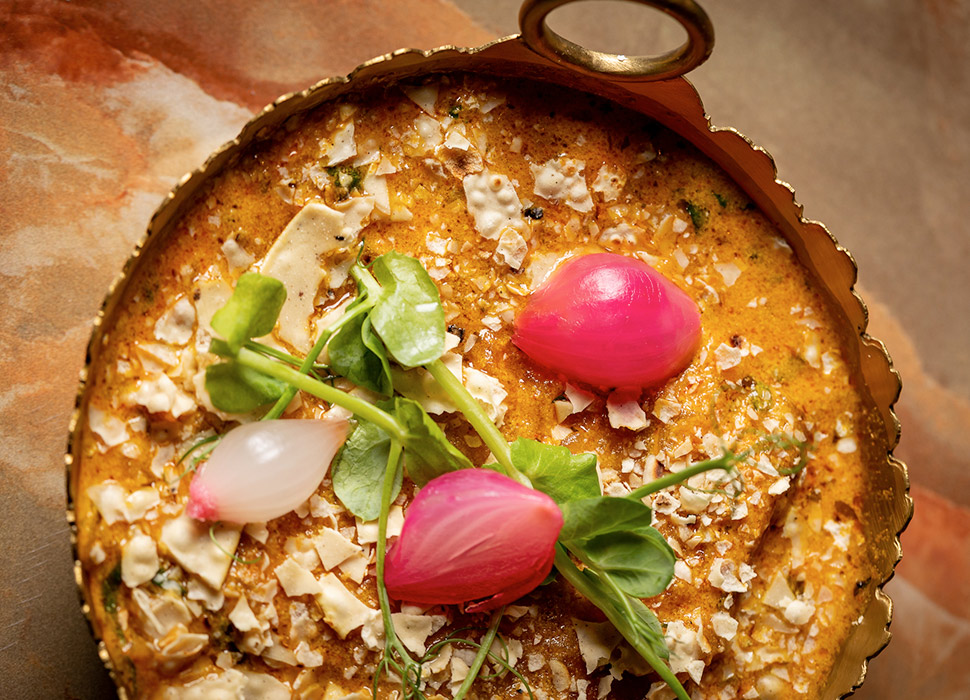 The bee in the bonnet of beleaguered sub-editors worldwide: when a chef is described as ‘Michelin-starred’, as Rohit Ghai often is. Technically – they may say, index finger stiff and skyward like a flagpole – a chef can’t carry that designation; rather, it’s the restaurant that’s been anointed with a star. But, grammar pedantry aside, Ghai’s CV is still impressive: he’s headed up the kitchens at glitzy Mayfair faithful Bombay Bustle; similarly glitzy, similarly in Mayfair Gymkhana; beloved Sri Lankan standby Hoppers; Copenhagen’s erstwhile Indian-Nordic diner Verandah; and Javamar, which earned a Michelin star under his auspices in under a year.

And so, Ghai is forever now a Michelin-starred chef. And with that bona-fide under his belt, he’s struck out on his own with Manthan, a chi-chi Indian restaurant in chi-chi Indian restaurant heartland, Mayfair. It will have to jostle for business with other similarly-pitched restaurants, like his alma maters Bombay Bustle and Gymkhana, plus newcomer Bibi and one-star fave Tamarind. A tall order – but the chef is up to the challenge, and hopes to openly court those Michelin heads once again.

But don’t expect fiddly tweezer food here – Manthan’s menu bucks any Michelin tropes with a hearty menu of curries, chops, tikka, and more, inspired by the street food Ghai grew up with in northern India. The result is a perfectly delicious menu that, while not necessarily transcendent, can stand up to Mayfair’s badder, bigger boys. In terms of service, too, Manthan takes cues from its white-tablecothed neighbours, its servers doting and the maitre d’ snappily dressed. So, rather than break new ground, Manthan is following a formula that works and hoping some of neighbourhood patronage will trickle in. One edge it has over the rest, though, is value for money. While an eve at Gymkhana and the like can border on blowout territory, a meal for two at Manthan might set you back £60-£90 before drinks – practically a steal for W1. Go for a ‘special’ eve with your preferred dining partner and feel smug when you only see two digits on your bill total. 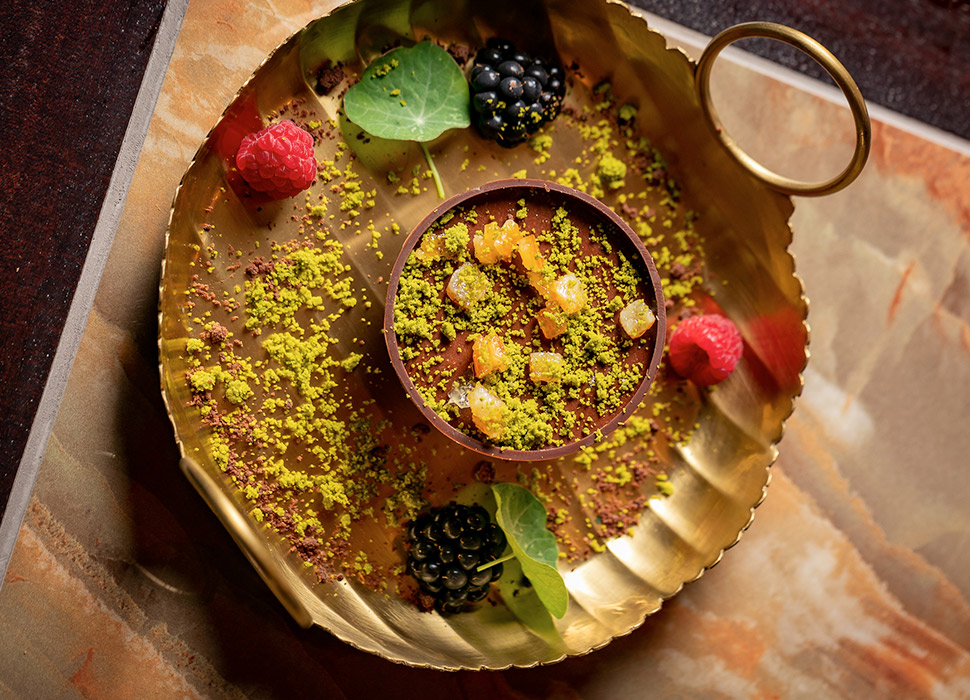 The narangi chocolate is a delightful meal closer

The beloved dosa appears, not as a tubular vessel for chutneys and sambar, in taco form on the menu’s snack section. Thicker and fluffier than your normal lentil-rice flour crepe, it’s filled with warmly-spiced jackfruit and tangy chutney and served by twos in a handy taco holder.

A lovely side to the menu’s smoky tikkas (halloumi for the veggies, mustardy chicken for the non), the makhani bharwan aloo is a richly-coloured platter of enormous King Edward potatoes, cut into hollowed-out halves and swimming in a Glossier-shiny tomato and cashew sauce, and scattered with herbs and pomegranate seeds. 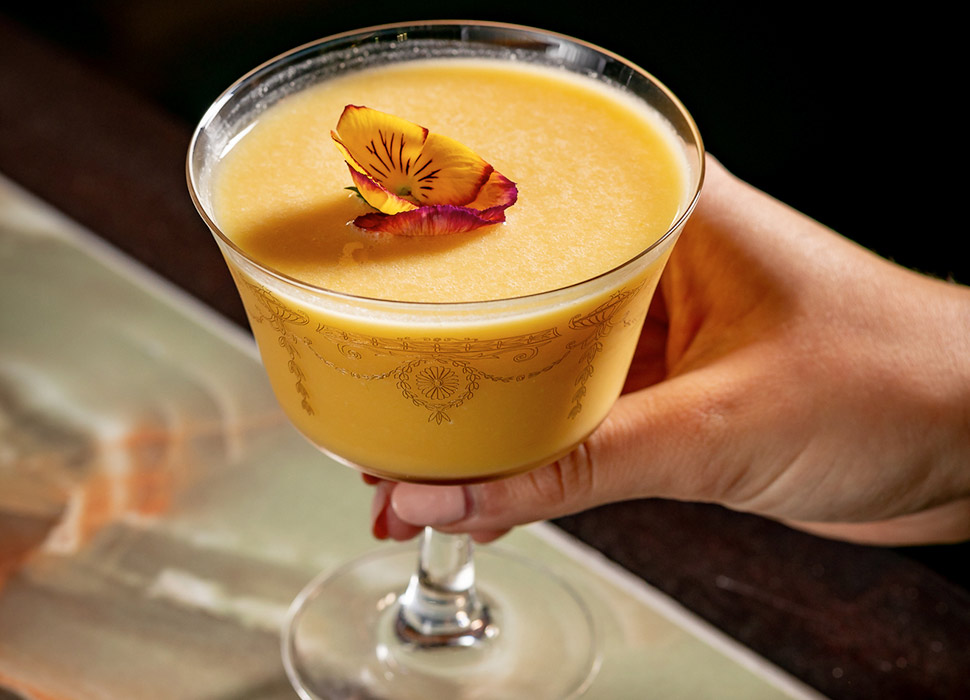 The cocktails don't slouch, either

For a taste of the greats, without the titanic price tag.