A selection of super dishes (note the snout) at Manteca Shoreditch

FEELING ABSOLUTELY STINKING RAVENOUS? THEN JOIN US AS WE CHOMP OUR WAY THROUGH LONDON'S HOTTEST NEW RESTAURANTS, ONE GLORIOUS OPENING AT A TIME. THIS WEEK, A PERMANENT OUTPOST FOR THE WINNING NOSE-TO-TAIL AND PASTA-HAWKING JOINT

A selection of super dishes (note the snout) at Manteca Shoreditch

Entering 2022 with a hankering for noods? Get some hot udon action at Koya Ko in London Fields.

If these don't spin your propeller, simply take a gander at our list of the best restaurants in London. 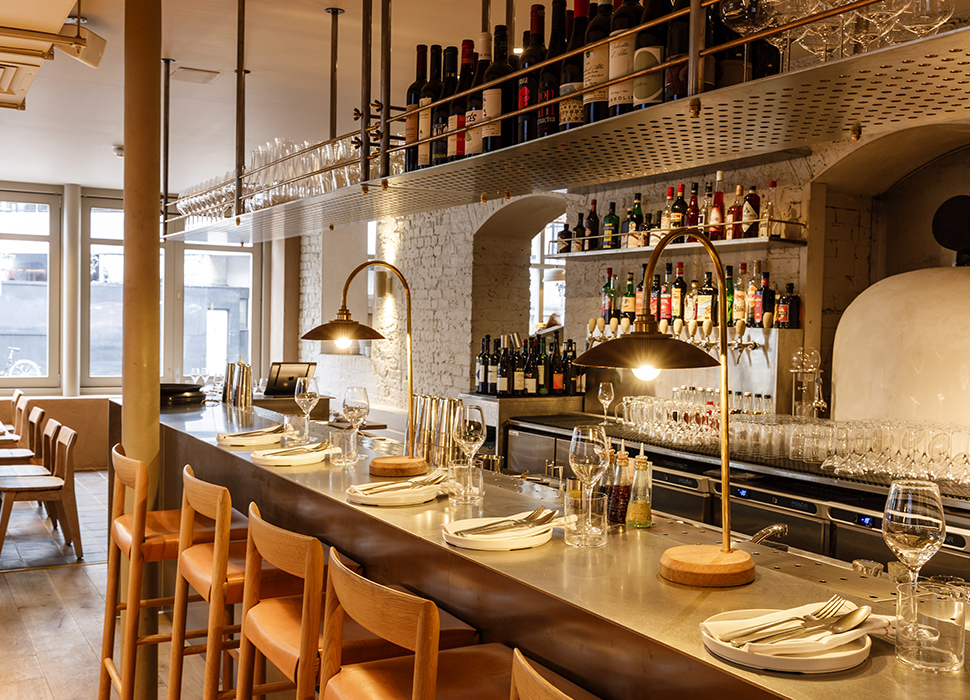 Manteca Shoreditch is a first permanent site for Chris Leach and David Carter’s charcuterie-heavy, Anglo-Italian joint. It began life as a Heddon Street pop-up, before taking up longer term residence on Soho’s Marlborough Street (they claim that was also a pop-up, but it was an extremely protracted one if so). The new spot is truly lovely, and feels like a natural progression form the slightly faceless enclaves in Soho – a double-level sea of lightly soaped wood, a steel open kitchen counter and attractively willowy Scandi-leaning furnishings (though the aesthetic highpoint is, undoubtedly, the giant disembodied pig’s head hanging over the threshold).

The food? Much the same as the previous iteration – no bad thing as Manteca v.2 was grindingly underrated, and one of the best restaurants in town on a good night. So it goes here. Outré bits of pig dot the menu; from fried ciccioli crackling to a pig skin ragu and earthy dishes of stuffed snout and trotter (both, alack, unavailable on our visit). In any case, the perverse benefits of visiting with a pescatarian were felt.

Normally I’d err straight to the big ticket meat dishes; myriad wonderful hunks of cured flesh, for starters, but also those porcine plates and perfect pastas like the duck ragu fazzoletti or partridge and porcini balazoni. Instead, we dug into the less shouty and more nuanced fringes of the menu. There was pillowy focaccia (a little lacking in crust, but with a terrific crumb). Ricotta crostini, the whipped curds cloud-light and laden with bitter citrus segments. A faultless, parmesan-blizzarded kale salad; and a trough-load of mushroom ragu with toasted spelt, bitter leaves and a cured egg yolk, borderline over-rich but the most autumnal bowlful I’ve eaten in years (maybe ever).

To drink, we eschewed cocktails for the sprawling and well-curated wine list – heavy on organic, biodynamic and low-intervention bottles (aren’t they all these days?), and from which a light Beaujolais nouveau and a drier, more peppery Camilo Donati lambrusco rosso, funky and moreish, were highlights.

The fanfare for Manteca v.2 has been conspicuous  – more so than in its previous forms – and for good reason. In all the doom and gloom, it's heartening that this itinerant gem now has a proper home. Let's just hope it stays put this time. 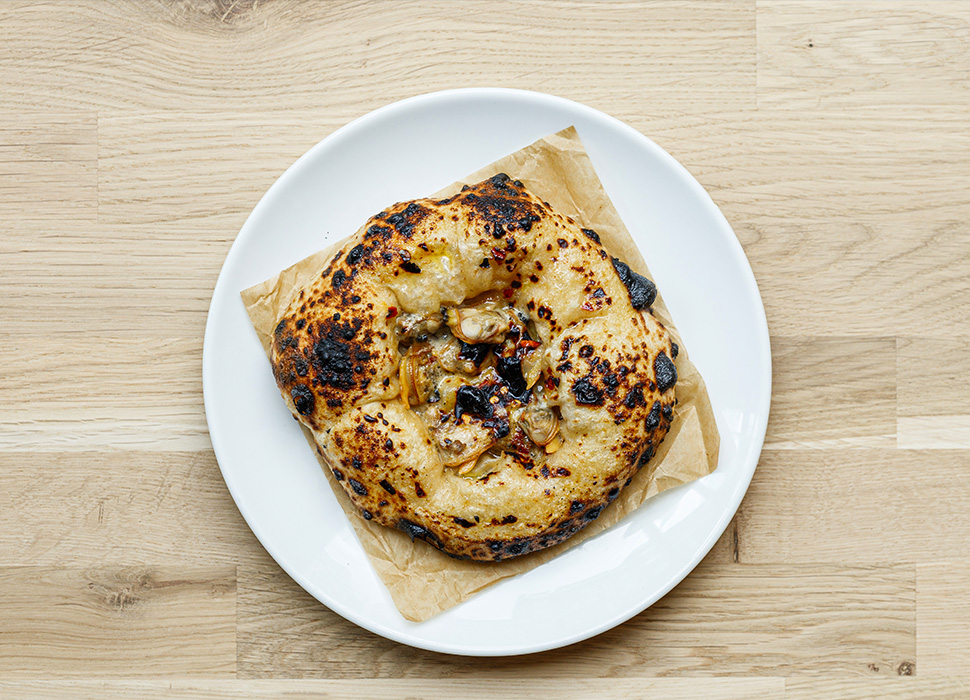 Behold, the tonnarelli brown crab cacio e pepe – an improvement on one of the world’s finest ascetic dishes? This classic from Manteca's first iteration might just be, its ochre depths humming with extra notes of sweet/savoury crustacean funk.

The clam flatbread might not be fireworks to look at but it’s almost as flavourful as the city-best example at Flor in Borough Market – a burnished pebble in perfect bread form, flecked with dinky, buttery molluscs.

Another staple, the pig's head fritti is a rich, unctuous brick of reconstituted swine noggin simply offset with pickled celery and pilacca (a fred chilli pepper sauce, not a million miles from romesco). 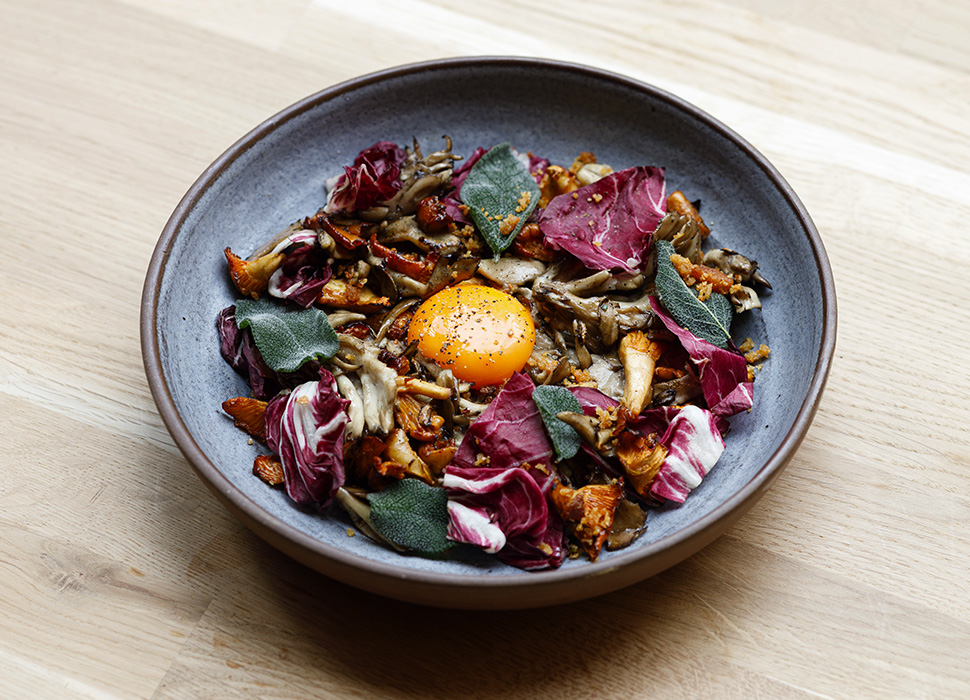