A fine spread at Lisboeta

FEELING ABSOLUTELY STINKING RAVENOUS? THEN JOIN US AS WE CHOMP OUR WAY THROUGH LONDON'S HOTTEST NEW RESTAURANTS, ONE GLORIOUS OPENING AT A TIME. THIS WEEK, A BUZZY PORTUGUESE JOINT FROM BELOVED CHEF NUNO MENDES

A fine spread at Lisboeta

From Portugal to China – Facing Heaven serves fire-hot Chinese grub without the meat.

Or maybe you're just after the best all-rounders – check out our guide to the best restaurants in London. 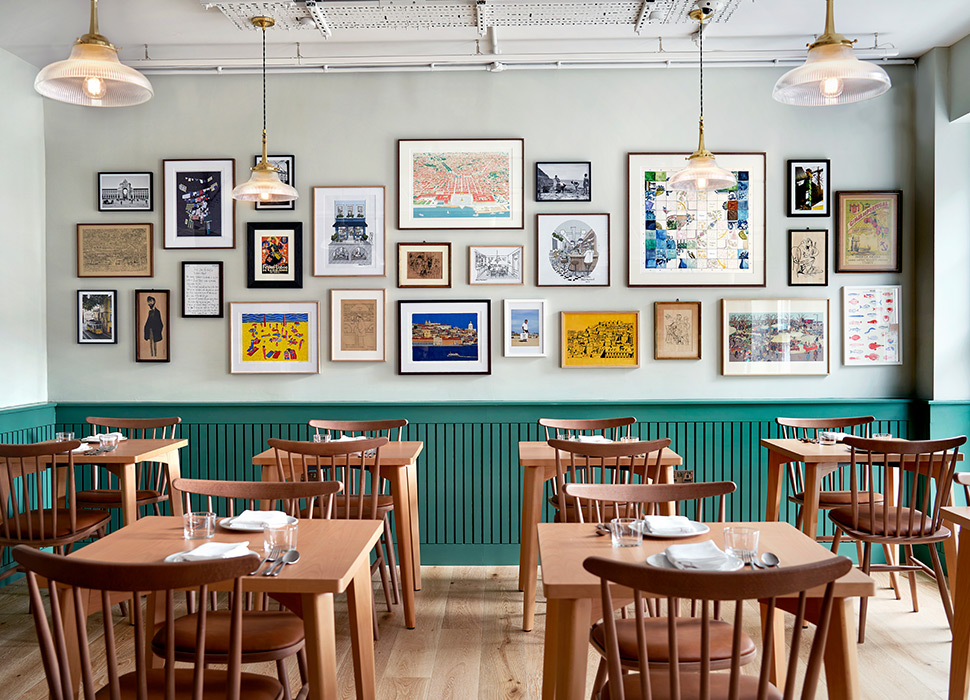 In one sense, Portuguese food is ubiquitous in the UK (see: Nando’s) – but its full breadth is still little understood by Brits. Not many will have sampled many Portuguese dishes beyond piri piri chicken and custard tarts, despite the country’s unique and wide-ranging food culture. Nuno Mendes is on a mission to fix this.

The Lisbon-hailing chef’s career has taken an educational bent since he opened Taberna do Mercado, his first (now-closed) Portuguese restaurant in London. Then, after a much-applauded tenure as Chiltern Firehouse exec chef, he scaled things way back at 16-cover Mãos, plumbing his home country’s gastronomic arsenal for an ever-changing tasting menu that bagged him a Michelin star.

His newest venture, Lisboeta, is the total opposite of Mãos – it's big, it’s central, it’s hyped as can be. Occupying two floors on south Charlotte Street, the meticulously-designed space – with a gorgeous, alcove-backed marble-topped bar downstairs and an airy upstairs dining room brightened by fresh, green-hued accents – screams “big money”. No doubt the cash investments have flowed into this one, so the pressure’s on for Mendes to stun.

While the space feels large and oofy, the menu doesn’t have that same sweeping feel. In fact, a lot of the dishes featured are bona fide beachside classics, like the grilled Carabinero prawns – served simply with garlic and piri-piri – and the arroz de Marisco (aka, red prawn and seafood rice). Mendes calls it his “love letter to Portugal” – it’s a paean that’s pure of heart and scaled-back in ambition, aiming to showcase the core components of Portuguese cuisine. It’s all here: the painstakingly cured meats; the soft, farmyard-scented cheese; the fat morsels of seafood; the sweet heat; the sauce-soaked rice; and much more.

It all feels like a natural progression for Mendes – he spent the first part of his career veering into molecular experiments and farflung fusion, only to return to his original love: the cuisine he grew up with. It’s a heartwarming thought, and it’s nice to see a celebrity chef attempt something so simple. Unfortunately, being an uber-hyped new address in central London, the prices can sting – be prepared for a punchy bill. But if a high total doesn’t bother you, and you want to see what Mendes has done with his native cuisine, then Lisboeta is a worthy booking. Our advice: skip the tachos and travessas (larger platters) in favour of the peticos (small plates) – they’re altogether zippier, and where the menu really shines. Two or three pesticos in, you’re almost able to close your eyes and summon Portugal’s radiant sun on your face. Almost. 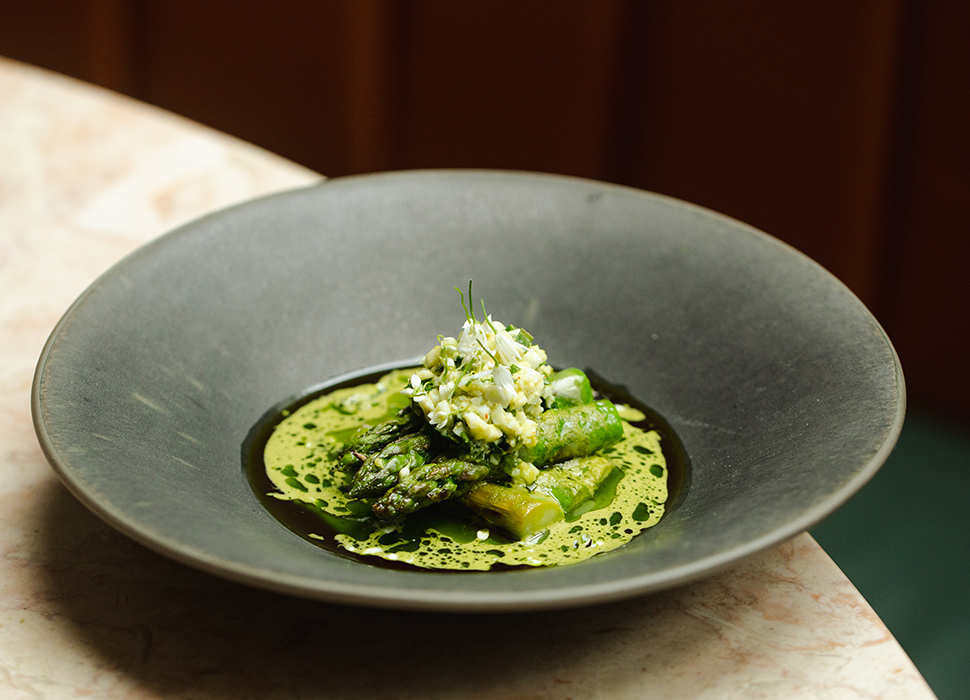 A dish of grilled asparagus with wild garlic sauce

The morcela e lingueirão should be your first port of call. Pieces of morcela sausage and razor clams layered on toast that, eaten together, have a savoury, nostalgic hit – a flavour profile that’s analogous to a can of Heinz beans and sausages, in the best way.

Unapologetically pink and swimming in a blood-red sauce, the aged bavette steak with pica pau sauce (that’s a tangy, vinegary jus made from onion, garlic, and pork sauce) is a real send up to all those well-done diehards out there – and the results are sublime.

This dish’s menu description may not be doing it any favours – what is a “pork fat custard”? – but the abade de priscos is an absolutely must. Really, this is a classic Portuguese dessert that’s made with egg yolk, lard and port wine. This version is served in all its wobbly glory on a bed of port caramel that you’ll want to lap up completely. 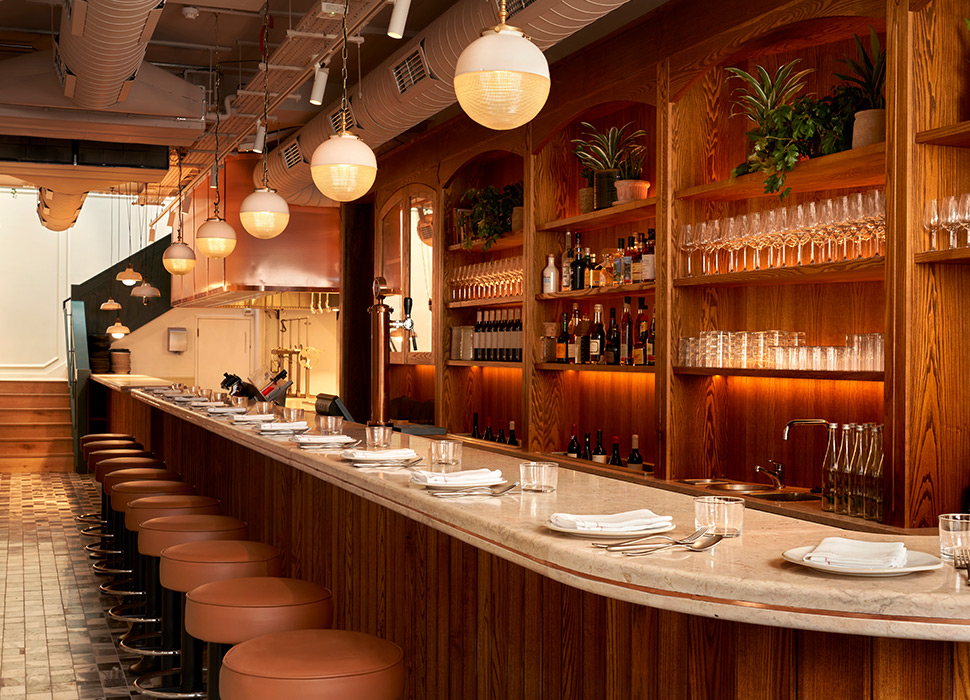