FEELING ABSOLUTELY STINKING RAVENOUS? THEN JOIN US AS WE CHOMP OUR WAY THROUGH LONDON'S HOTTEST NEW RESTAURANTS, ONE GLORIOUS OPENING AT A TIME. THIS WEEK, a zhuzhed-up kebab shop off Old Street roundabout

Stuck in – checks notes – Bow Wharf? Starving for superlative rotisserie chicken? Then get to the new Provençal spot from the bods behind Leroy – and read our review of Royale. 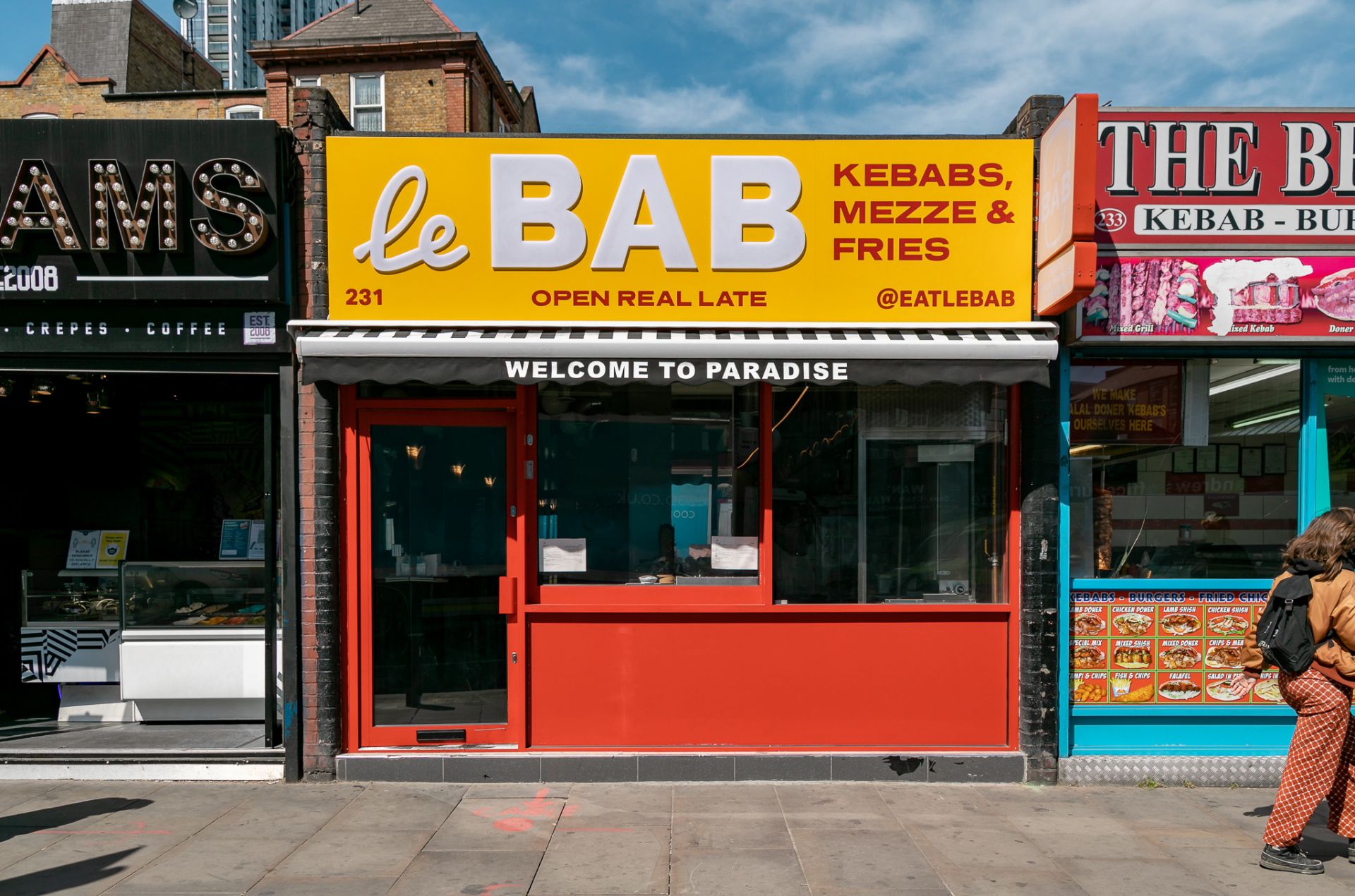 There’s cause to argue that the classic Turkish-style kebab – that inexact delineation of pungent grilled meat, normally served in or around some kind of charred flatbread – is London’s trademark dish. Identikit nocturnal take-outs abound, obviously, but superlative versions can be found in abundance, wafting out of ocakbasi restaurants on the Dalston strip and Haringey’s Green Lanes (though there are winning examples all over town, often with ‘Mangal’ – an Arabic Bedouin word for BBQ – in the name).

Anyhow, there was much food-blogger handwringing back in 2015, when the very-much-not-Turkish Brit boys behind Le Bab opened their first branch in Soho, promising rarefied, cheffy versions of the skewered staple (as if London needed them). Vague food-colonialism hoo-haa aside, the intervening half decade has been just fine for the brand – with extra branches opening near Covent Garden’s genteel Seven Dials, within a bougie boutique hotel in Dalston and here, off the traffic-smogged intersection at Old Street.

The USP is that Le Bab has opened an actual kebab shop. Like, a lilliputian, late-night counter spot that stays open into the bleary reaches of dawn on the weekends – basically indistinguishable from your garden variety takeaway but for the hot pink leather stools, retina-stripping neon signage and, y’know, the menu. This still errs on the zhuzhed-up classics with which Le Bab made its name – indeed, the fist-sized wraps you’ll be stuffing into your maw after six pints here are just what you’ll get more daintily presented at the other joints.

The food is undeniably ace. A dinky mezze menu is full of gems – repurposed chicken shish, deep-fried and drenched in a date and soy glaze, and charred, ‘sexy salt’-sprinkled padron peppers are standouts – but the kebabs are the thwacking big hitters.

Sure, plates like the ‘Dirty Bab’ pork shawarma (with chili pork jus, sauerkraut, fries and cheese fondue) and the lamb madras seekh (with bombay mix, piquant madras yogurt and sluiced onions) read well, but they eat riotously. Subtle they are not – every microcosm of flavour is jacked into the red – but outside of beloved, authentic classics like Gökyüzü, Mangal 2, Cirik 19 Numara Bos, or Lewisham's Meze Mangal, it’s tough to imagine a more delectable ‘bab this side of the Aegean. 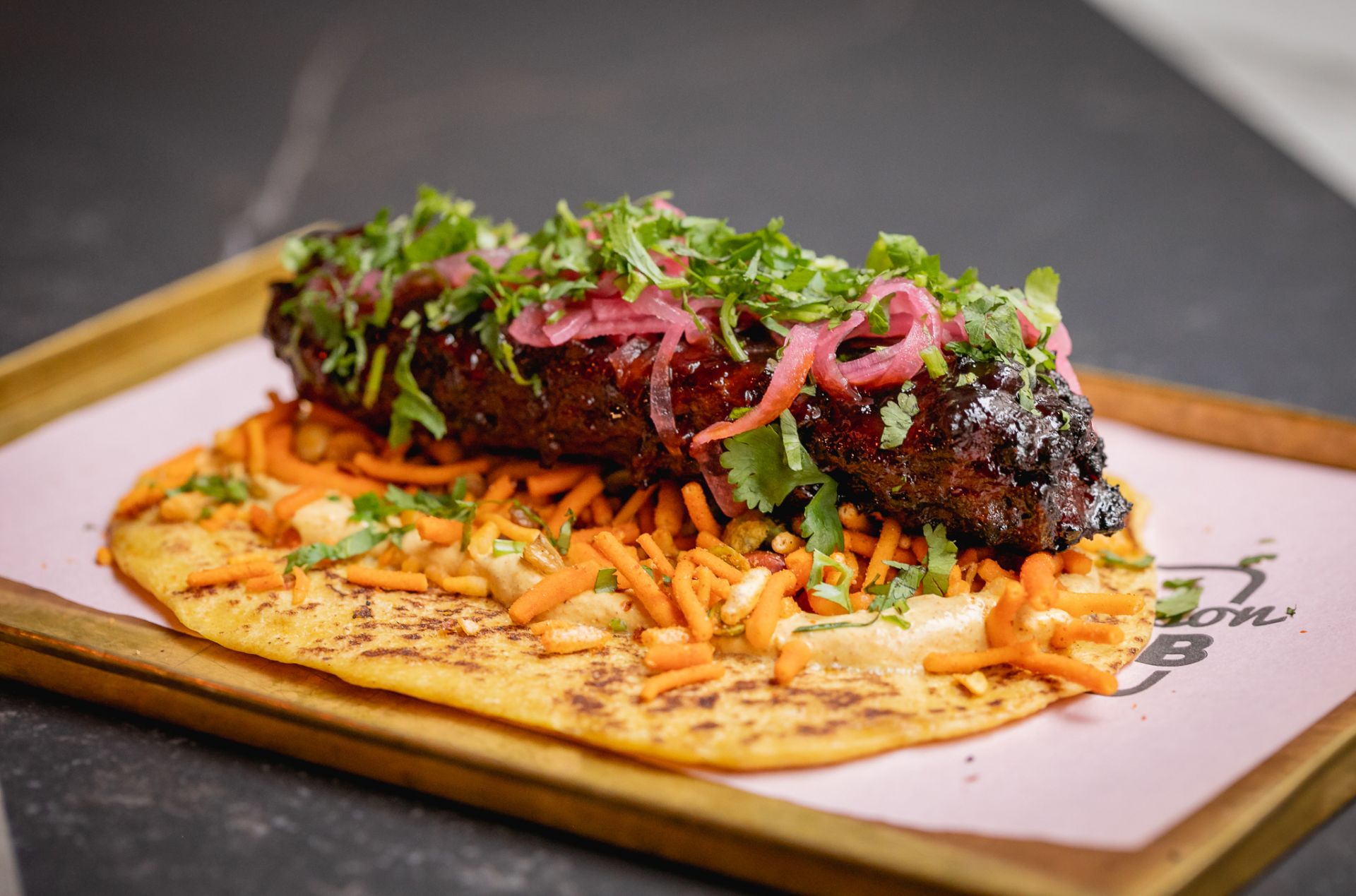 The pork numbers are the Le Bab Old Street signatures but the lamb madras seekh kebab is historic. The densely flavourful minced lamb would be decent served solo with Le Bab’s toothsome house flatbreads. But the smoky crunch of bombay mix, the tang of citrus-soaked red onion and the cool embrace of the curried yogurt elevates it completely.

For the full ‘god i’m going to regret this in the morning’ experience, a side of double-fried chips is a no-brainer. Or rather, dousing them in a cup full of the house cheese fondue is. 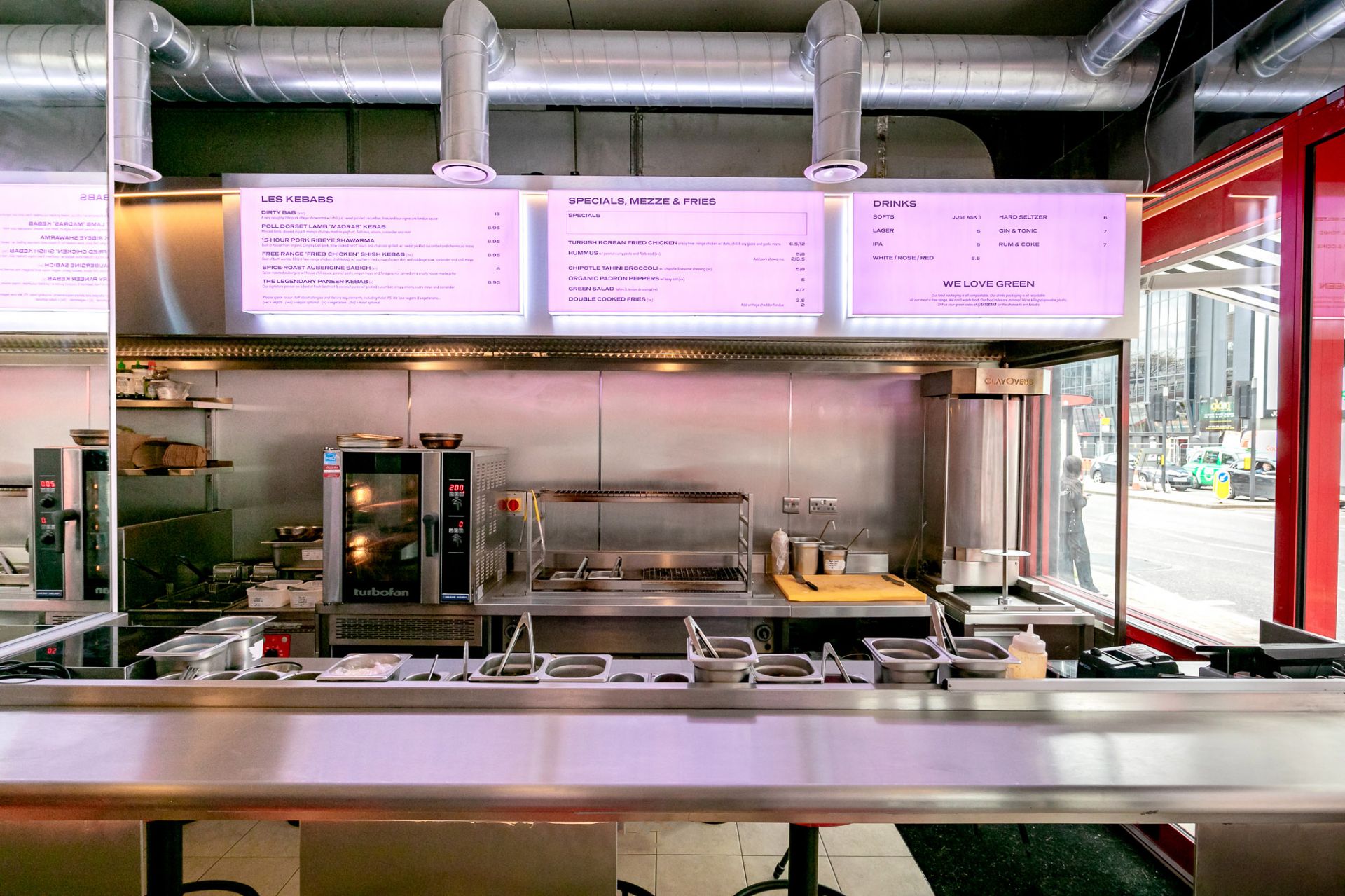 Because you’re desperate for a covert filthy kebab under the auspices of ‘restaurant dining’.