FEELING ABSOLUTELY EAT-YOUR-OWN-ARM RAVENOUS? THEN JOIN US AS WE CHOMP OUR WAY THROUGH LONDON'S HOTTEST NEW RESTAURANTS, ONE GLORIOUS OPENING AT A TIME. THIS WEEK, a party-hardy Korean-cum-Los-Angeleno off Carnaby Street

Want to keep the party going? Then hoof it to Ave Mario, a barn-storming trattoria in Covent Garden. For something more sedate, take a look at the zen, subterranean Bao Noodle Shop.

Can't decide? Check out our list of the best restaurants in London. 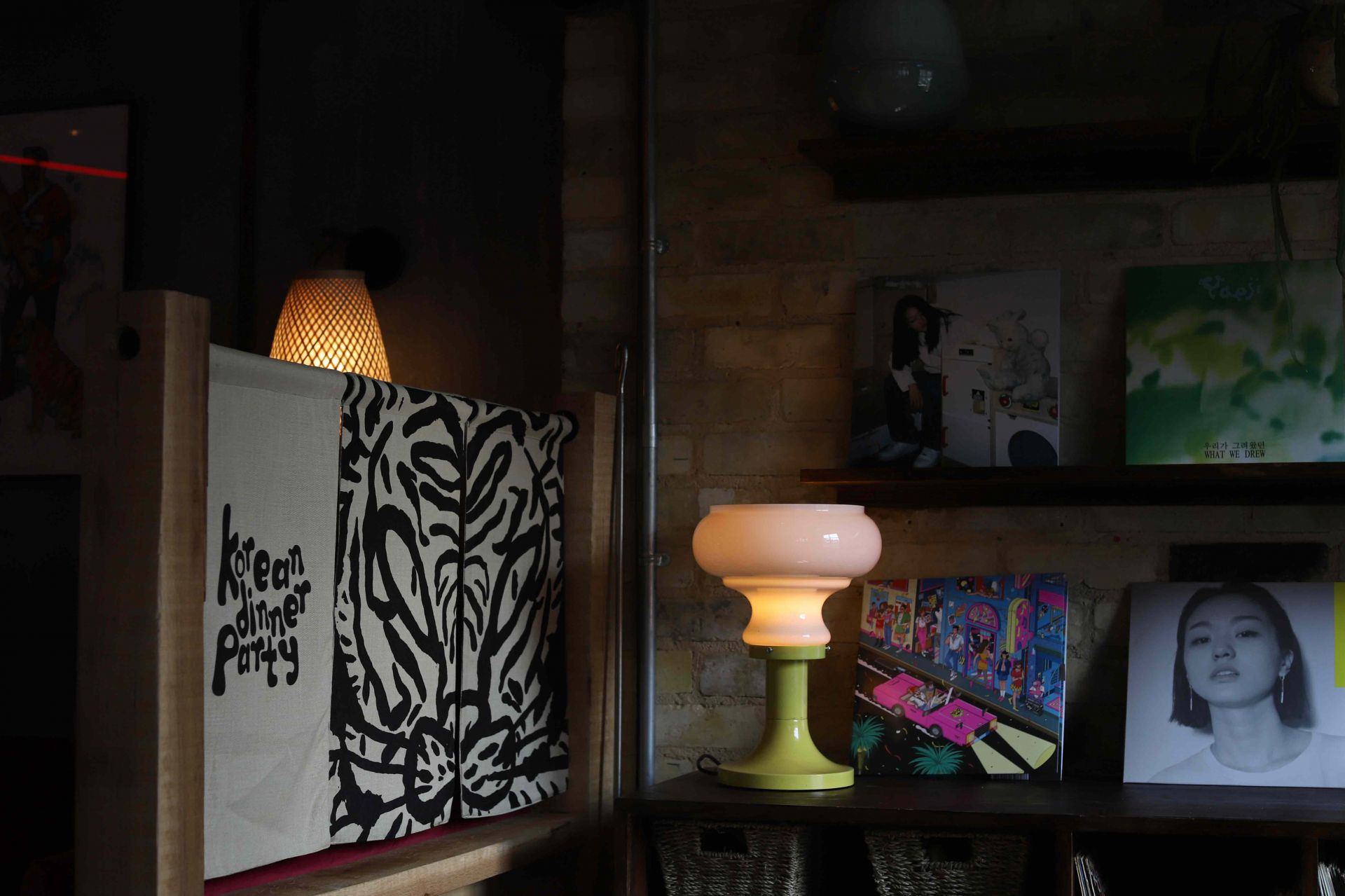 Korean Dinner Party is a low-lights, records-spinning kind of place

How’s this for a cultural mash-up? A restaurant inspired by the food of LA’s Koreatown – a downtown enclave traditionally populated by Korean immigrants – has opened in central London. Sometimes globalisation can be delicious, especially when it concerns the hyperlocal Korean-with-a-dollop-of-Western cuisine that’s specific to one of LA’s best food neighbourhoods.

It’s Koreatown that introduced us to the ‘Korean taco’ – a wholly Mexican-Korean-American invention that involves fillings like kimchi and ssamjang (a nutty, salty chilli sauce popular in Korea) encased in a classic corn tortilla – and you’ll find a selection on the menu here. Yep, things get pretty culturally meta.

The setting, too, is slightly Russian doll-esque – you’ll find Korean Dinner Party on the second floor of Kingly Court, a massive ‘restaurant hub’ hidden down an alleyway off Carnaby Street. Its placement is catnip to tourists and tired shoppers, but many of the businesses camped here are genuinely very good (Le Bab, Imad’s Syrian Kitchen, et al), and, once you duck into the concrete-walled, neon-flecked space, you immediately forget you’re essentially in a giant food court.

There’s really no other way to say it: Korean Dinner Party is vibey. The sound of old-school hip-hop greets you at the door, turned just a notch above talking level. Pop art-y posters stud the walls. Some of the cocktails are tongue-in-cheek, like the Hello Kitty – a fluorescent-pink ensemble served with a smiling, solitary Percy Pig welded to the glass and made with lychee, aloe vera and strawberry vodka. Though the setup doesn’t resemble any dinner parties we’ve ever been to, it does feel like it could be a hyped downtown LA bar frequented by minor celebrities and record-label big wigs (this is a good thing, of course). And the food doesn’t slouch, either – with a menu composed of delicious, booze-soaking finger foods, Korean Dinner Party is truly living for the shindig. 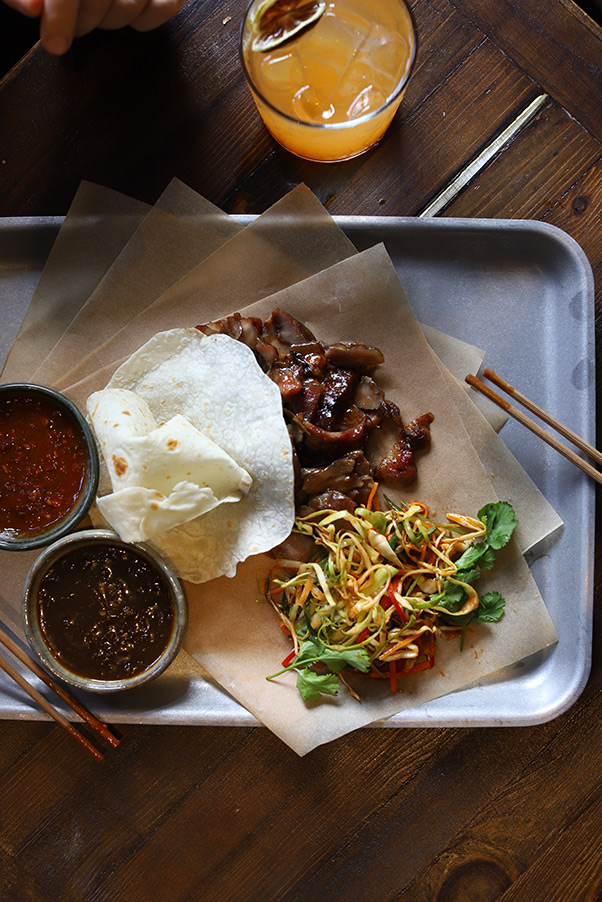 Tacos that have the town talking

The menu centrepiece at Korean Dinner Party is the tacos, of course. They come deconstructed, served with a pile of tortillas on metal café trays. The idea is that you construct them yourself – a perilous job when you’re two cocktails in. But if you persevere with a steady hand, you’ll be rewarded with gloriously delicious parcels overspilling with meltingly tender slow-cooked beef short rib, caramelised pork neck al pastor, or finger-licking fried cauliflower, all served with tangy slaw and punchy hot sauce.

The kimchi pancakes make a perfect companion to your tacos – a soft, chewy stack of kimchi-packed fritters that manage to deliver the lip-smacking satisfaction of something deep fried without being oily, served with either oyster mayo or vegan mustard.

The creative (and creatively illustrated) cocktail menu is a major draw, with each tipple a masterly mixed knockout. It’s hard to choose a standout, but the Yakult Royale makes a sumptuous meal-opener, made with champagne and yogurt shot through with soju, and topped with a bubble bath of foamed yakult (Japanese sweetened milk). 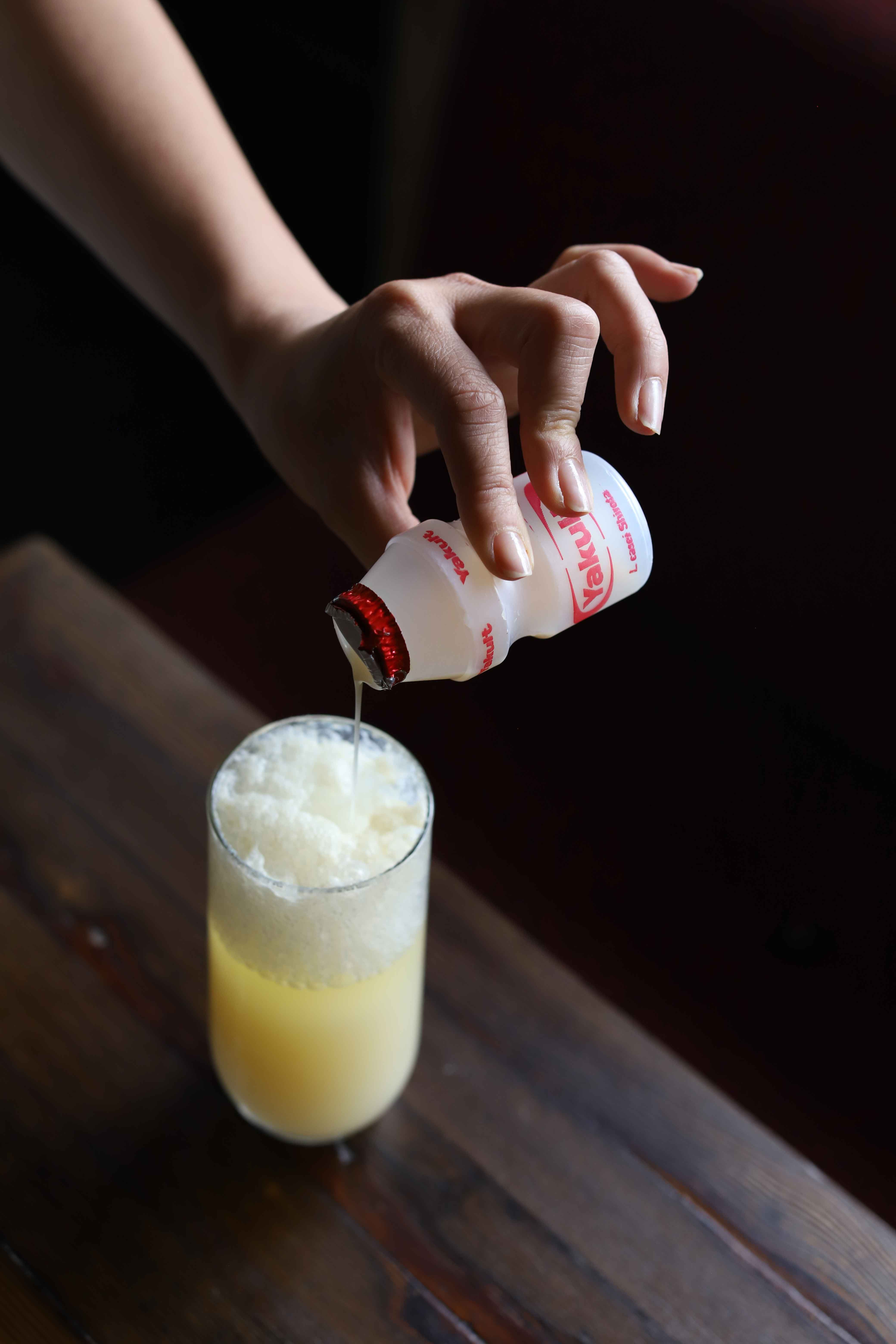 Dairy and champagne pair perfectly in the Yakult Royale

You want all the fun of a wonky night on the town, but you can’t stomach going ‘out’ out.

The best farm-to-table and hyperlocal restaurants in the UK

From Whitstable to Deal: How to spend a perfect day in Kent's coastal towns