FEELING ABSOLUTELY STINKING RAVENOUS? THEN JOIN US AS WE CHOMP OUR WAY THROUGH LONDON'S HOTTEST NEW RESTAURANTS, ONE GLORIOUS OPENING AT A TIME. This week, a slick W1 diner inspired by classic Italian 'bacari' – and it's no dog 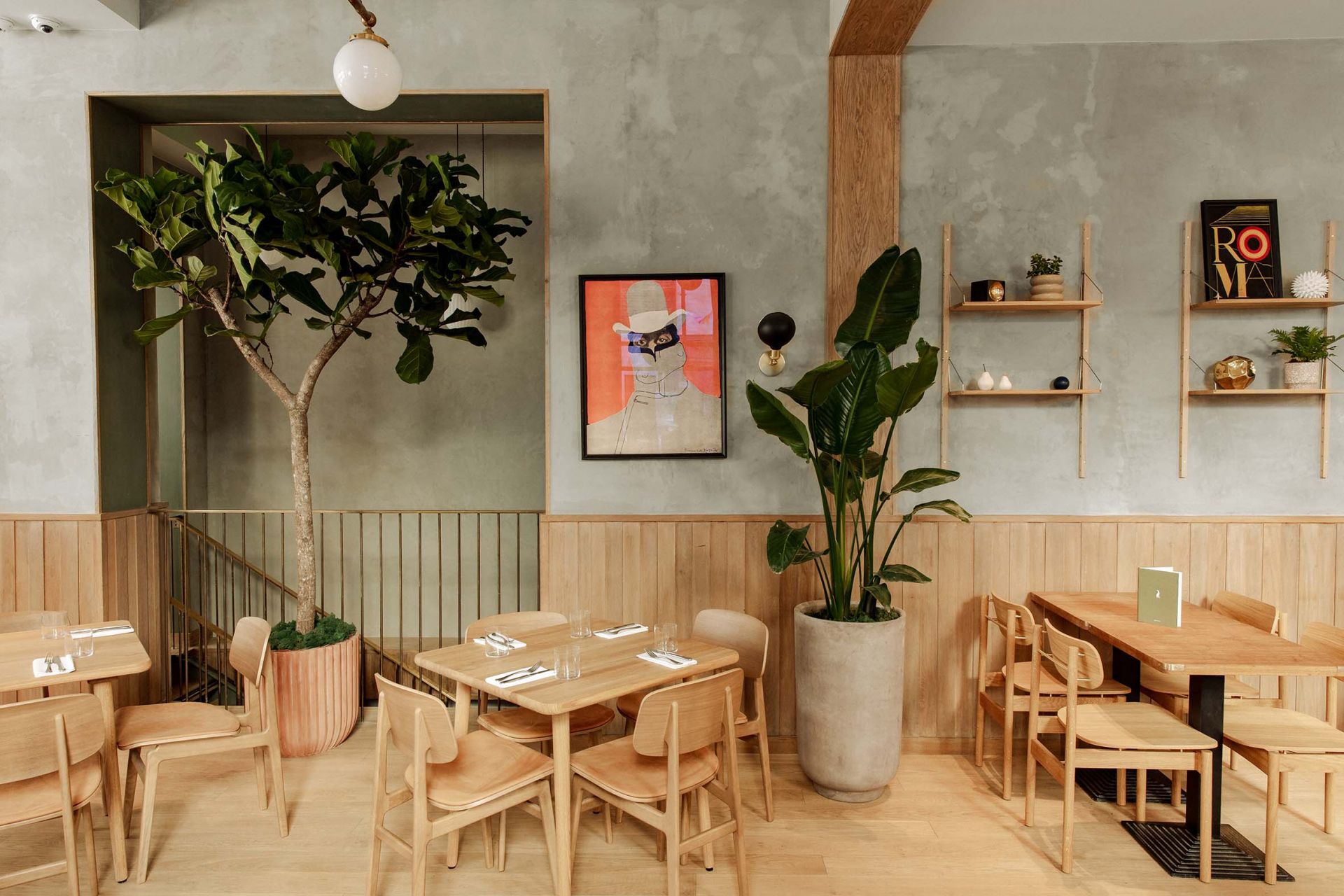 Things are just as dapper inside / Photography: Joe Howard

Many Londoners will register the news of a new restaurant opening in Marylebone like they would the radio in the next flat – as a dim hum, with the awareness that it isn’t for them. For the city’s everymen, Marylebone is more a distant concept than a real, tangible place. Most people probably know of it as a neighbourhood with fancy shops somewhere north-west of Soho, where central London begins to slide into poshville.

So that means The Italian Greyhound – the newest venture from restaurateur-brother duo Marcello and Gabriel Bernardi – needs to work extra hard to draw in locals from outside the W1 orbit. The restaurant is a relaunch of the Bernardis’ eponymous Italian diner, which stood at this elegant two-floor site for six years. Conceptually, things are much the same: just like Bernardi’s, The Italian Greyhound is a half-bar, half-dining room hybrid inspired by Italy’s bacari – casual boozers where patrons slowly fill themselves with alcohol and bar snacks.

Aesthetically, though, the revamped restaurant takes a harder left turn. Gone are the moody dark blue walls and marble countertops of old; instead, the chic dining room is sunnied up with pink and grey limewash walls, sleek Scandi oak furniture, and Kelly-green-trimmed windows that frame the striped awnings festooning the restaurant’s façade. The effect is of a Made.com ad crossed with the old-school chic of Venice’s pre-war drinking holes.

But will The Italian Greyhound ripple out beyond the shopping bag-brigade and slick-hair preppies in the area? In sum, the food here is perfectly good, but probably not spectacular enough to entice people from the far reaches of London. The niche this restaurant does fill, though, is an important one – a low-key needle in a glitzy haystack, this place is where you come when you’re in one of London’s fanciest neighbourhoods and want to have drinks somewhere more buttoned down (but more upmarket than, say, the otherwise resplendent Golden Eagle pub). That’s not to say it’s not glam here – the sleek decor and pleasantly low-decibel jazz make everything feel like it’s ripped straight from a Fellini film – but it’s the kind of glam that won’t scare away punters without a Platinum Amex. On a sunny day, post up at one of the awning-shaded outdoor tables for some negroni- and pizzette-powered people watching. 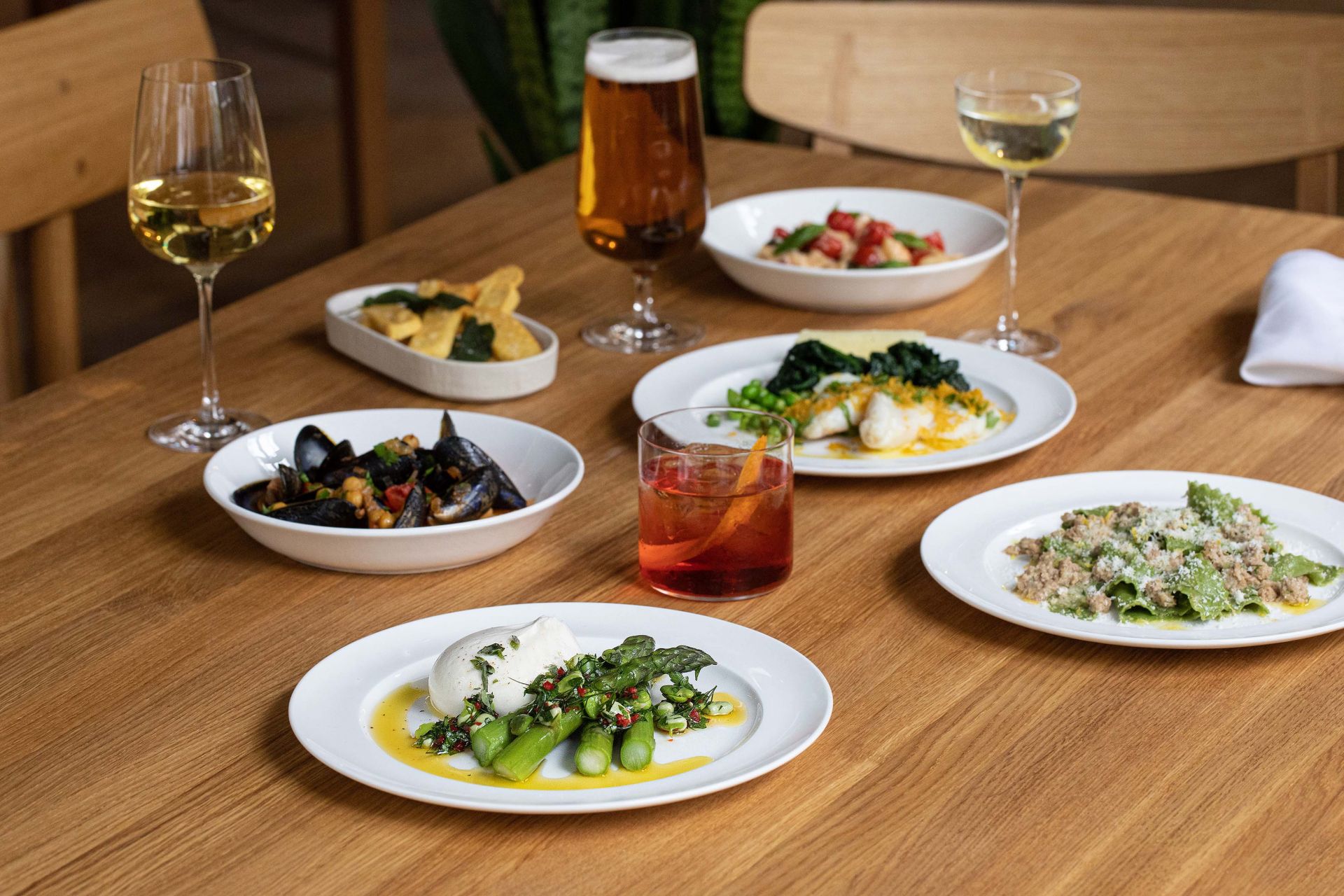 The only appropriate aperitif here is, of course, a negroni, and there are two wicked ones on the menu – a delightfully broody number made with smoked Sipsmith gin, and an earthy, oregano-spiked concoction that summers up the classic Italian drink. 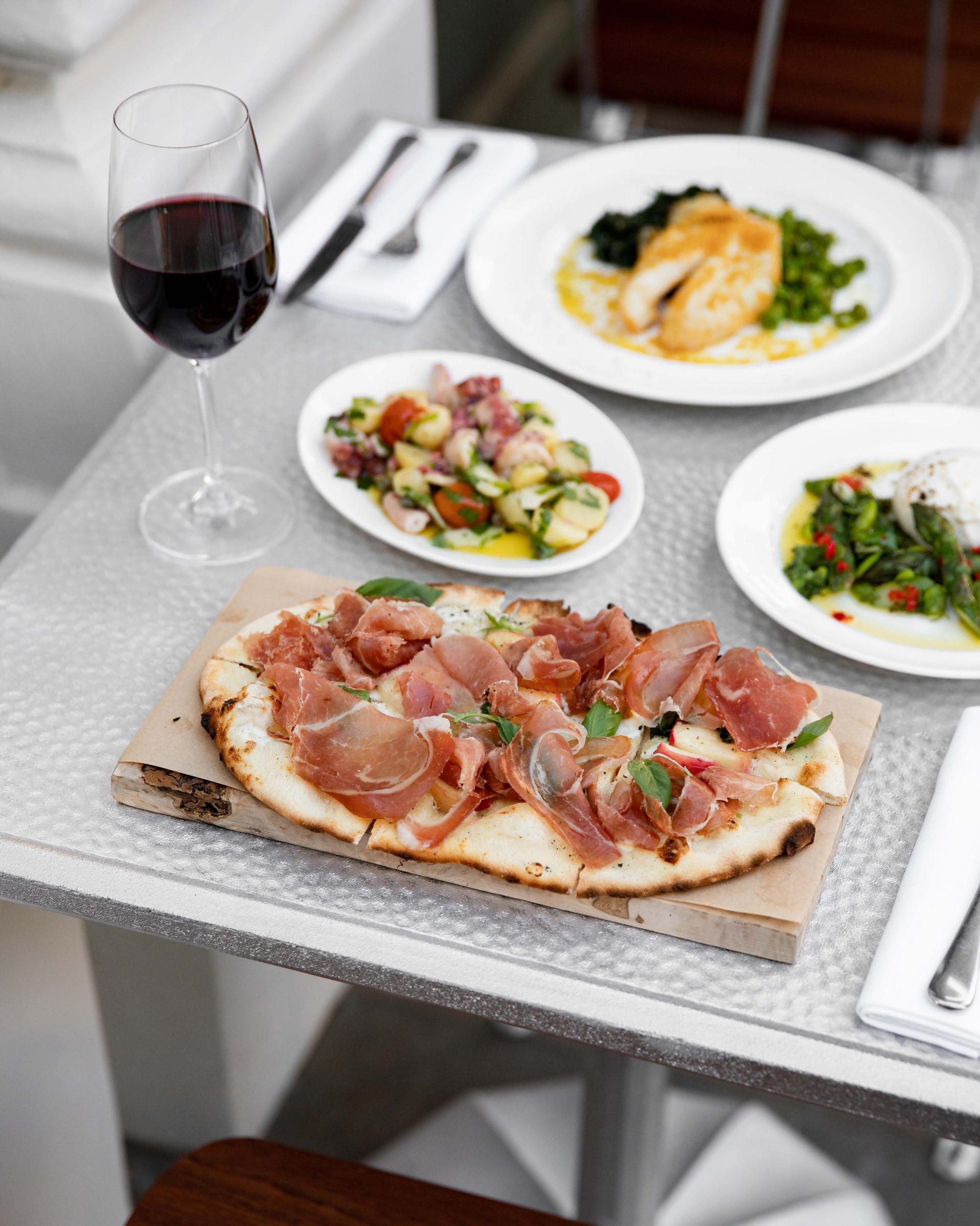 A gloriously snackable take on your classic pie, the pizzette makes the perfect booze companion. Our favourite was a slab of thin, whole-wheat crust topped with potato, tangy taleggio, thyme, and wisps of black summer truffle – a greedily salty satisfier. 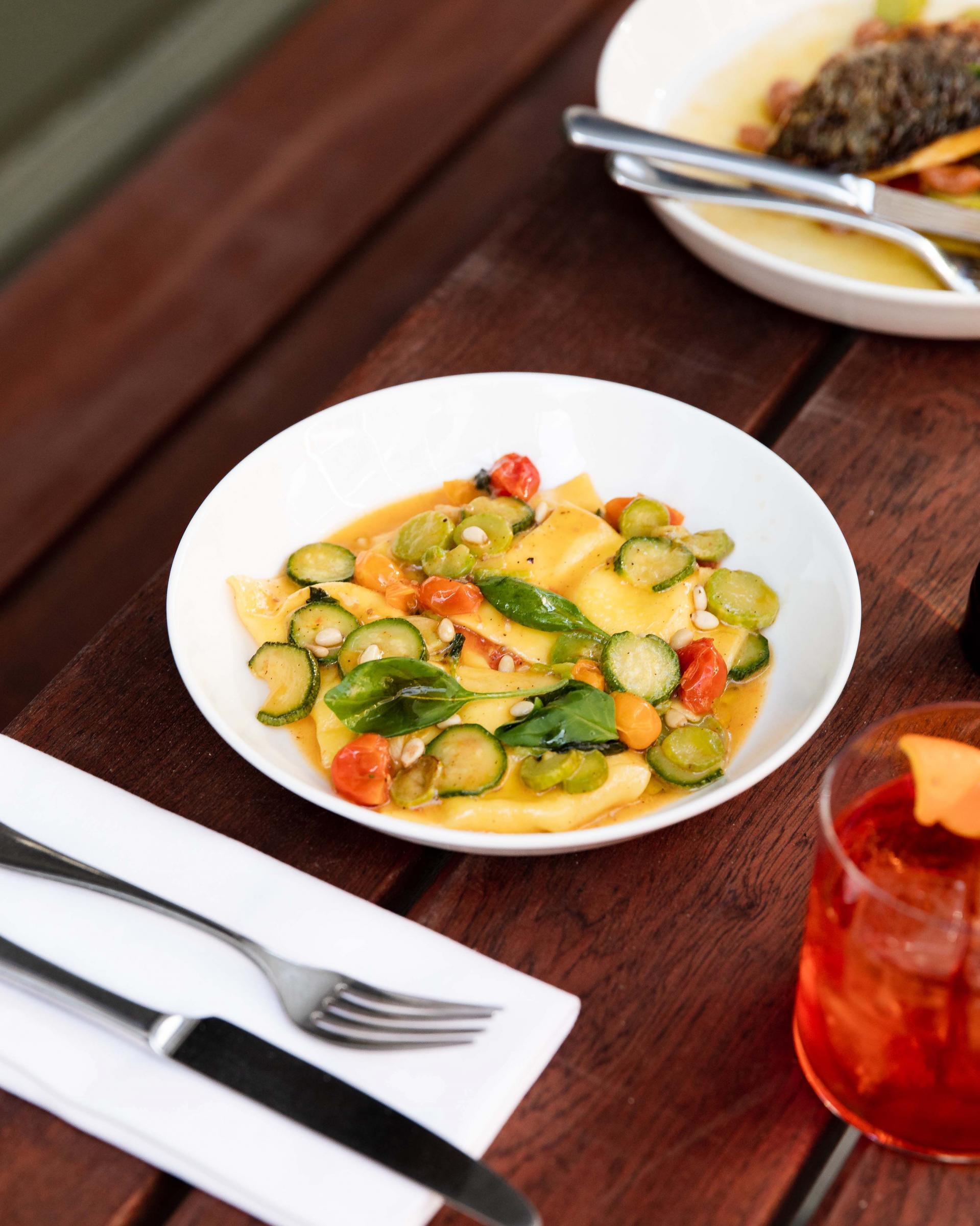 If the carb itch still isn’t scratched, move over to the dining room and avail yourself of the pasta selection. The ricotta ravioli – pillowy shells filled with goose-down ricotta, bobbing happily in a lake of buttery broth – is the yummiest and most photogenic of the bunch, scattered with specks of fresh courgette and tomato that look painterly against the cheery yellow parcels. 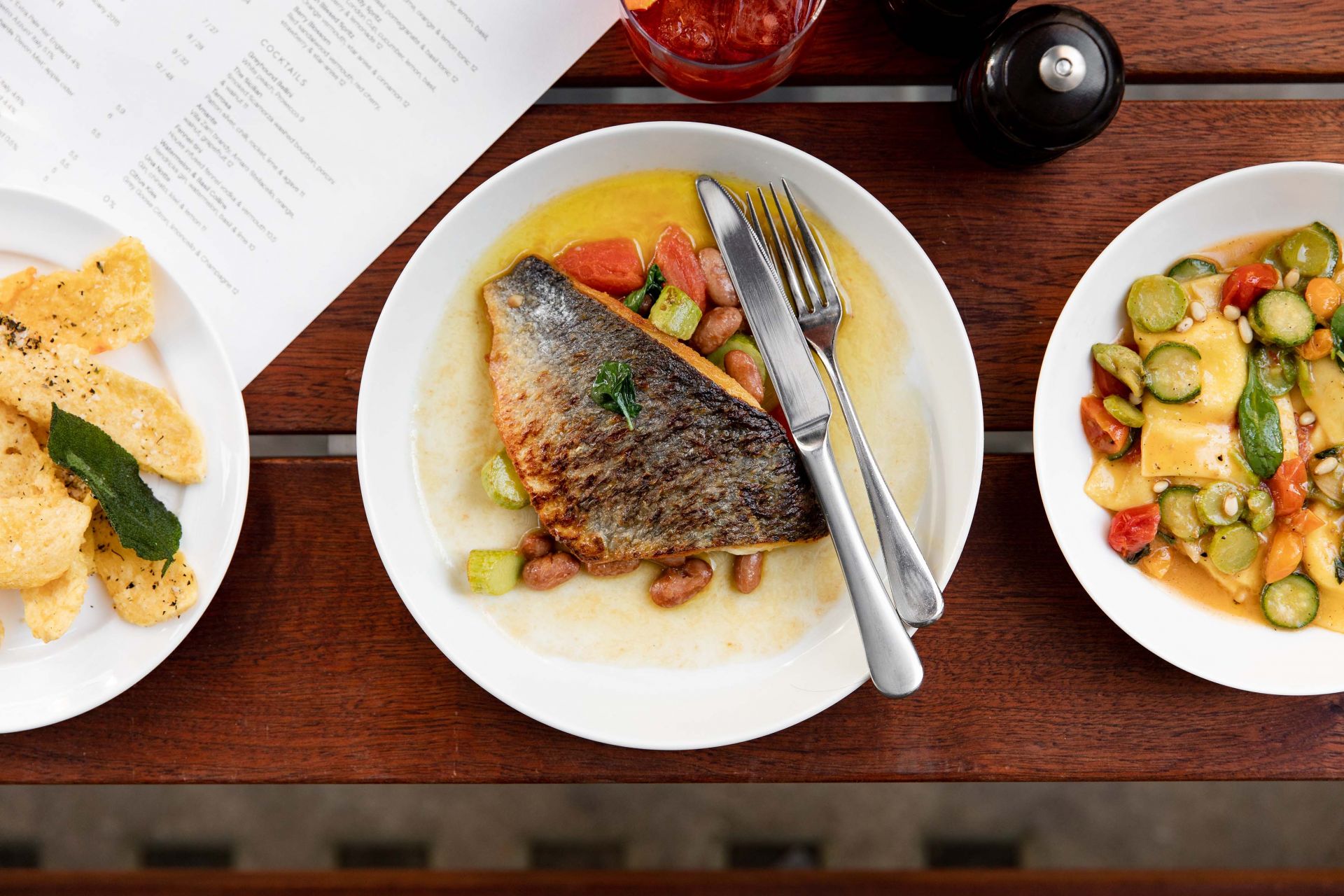 Go deep with this fine slab of sea bream

Because you’ve got your Mastroianni shades on and you’re in the mood for a little dolce vita on the rocks.