FEELING ABSOLUTELY STINKING RAVENOUS? THEN JOIN US AS WE CHOMP OUR WAY THROUGH LONDON'S HOTTEST NEW RESTAURANTS, ONE GLORIOUS OPENING AT A TIME. This week, a dinky pan-global counter joint from the bods behind Palomar and The Barbary

When you've had your fill of all this dainty refinement, you're going to want some hot chintz. For that, there's Big Mamma's wildly extra new trattoria in Covent Garden – read our review of Ave Mario.

When you're stuffed to bursting with all that, check out our list of the best restaurants in London. 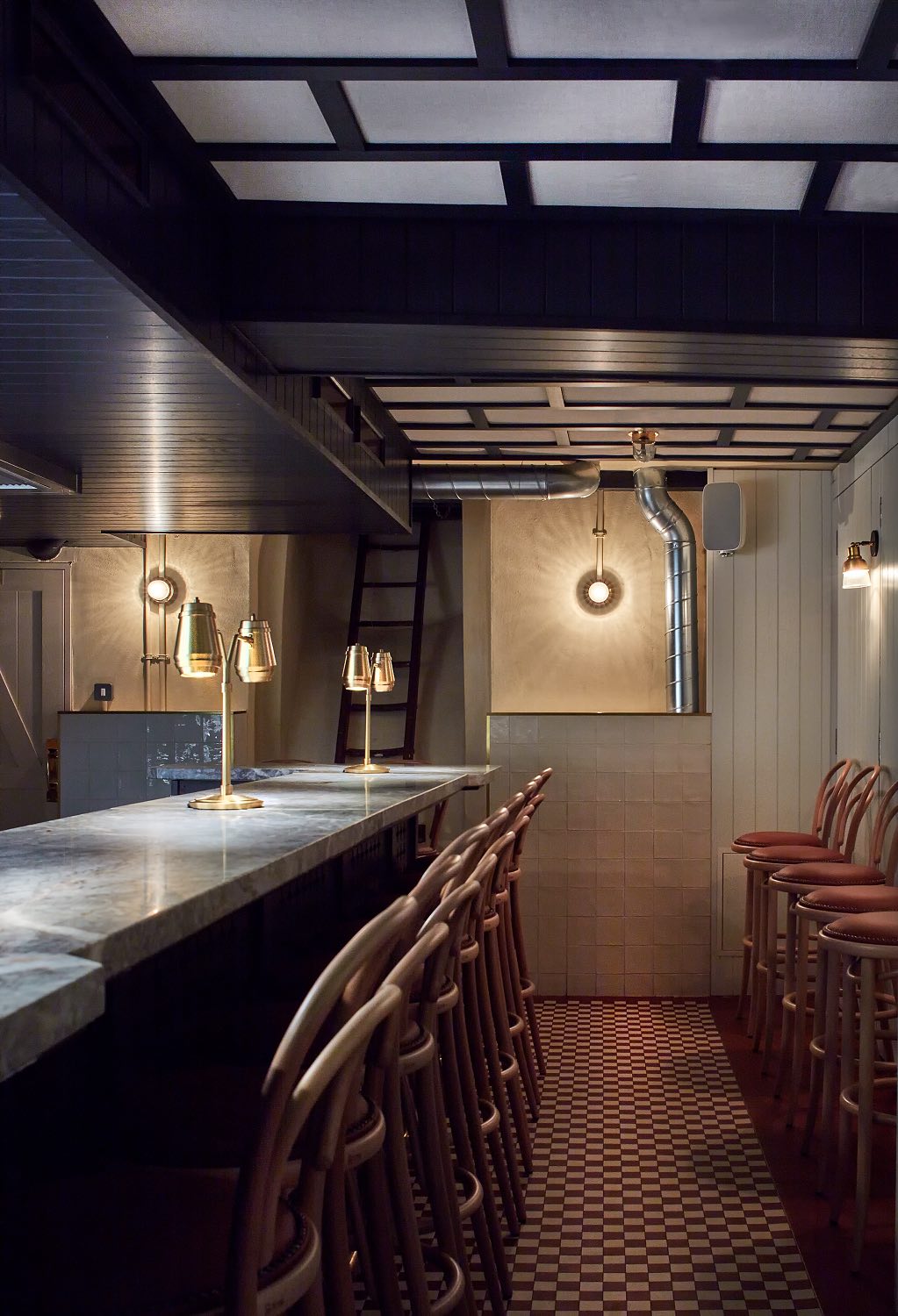 You remember The Palomar in Soho, right? Modern Israeli counter dining, a party-party vibe to horrify the introverted and an almost impenetrable waiting list second only to that of its sister restaurant the Barbary, over in Seven Dials. That spot's smaller still, knocking out smoky, sumptuous pan-North-African fare that continues to send London’s food critics into paroxysms (it's still in Time Out's top-five London eateries, half a decade in).

Weird then, that there was only the faintest whisper of a hoot when the bigwigs behind both took over the Blue Posts – a Lilliputian boozer on Rupert Street, next door to the Palomar – a few years back. This they refashioned into a three-part pub (eponymous ground floor), wine bar (the Mulwray, upstairs) and counter restaurant (Evelyn’s Table, in the basement).

That’s set, surely, to change. Late last year, Evelyn’s Table was taken over by Luke, Nat and Theo Selby – a comely cohort of cheffing brothers with a ludicrously esteemed collective CV (all three toiled at Le Manoir aux Quat’Saisons in Oxfordshire and Hide in Mayfair, while Luke also put the in the years at Dabbous in Fitzrovia and Tokyo’s three-starred Restaurant Nihonryori Ryugin). Out went homely southern European dishes; in came a five-course set-menu of killer British ingredients subjected to rarefied French techniques and a hyper-meticulousness drawn from Luke’s tenure in Japan.

The plague scuppered a proper opening, but now, as the denizens of London lurch, squinty-eyed, from their bunkers once more, Evelyn’s Table v2 is go.

First, the space. It's dreamy: a locker-sized bolthole with a single 10-seat counter, awash in marble, white tiles and brushed brass, the kitchen’s copper pans and Japanese konro barbecue in oil-spitting distance. Modish open kitchens are one thing, but the spectacle of close-up technique – tweezers! Whooshing flames! The functional splendour of a Rationale oven at full pelt! – is bizarrely enthralling.

It’s not all superficial, though, because the food is spectacular. A super-seasonal hybrid of East and West (think mackerel sashimi with gooseberry and elderflower, or pressed duck-leg bao buns), that's both cosmically well composed and relentlessly delicious. Grand, too, are the drinks: the truly interesting list of small-producer and low-intervention wine pairings – Peckham-made sake and a perfect pet nat from Savoie’s Patrick Bottex among them – is almost as head-razing as the grub.

Post-covid, the prospect of boozy, convivial evenings at the pub are understandably irresistible – but this kind of full-blown (though still nicely informal) dining experience now feels like an even giddier novelty. Beg, borrow, steal: anything to get a seat at the Table.

I mean, it's a moot question as you’ll get what you’re given. But the two-bite wild mussel, tomato and shiso is stratospheric: quiveringly delicate mollusc tucked into a snappy shiso taco shell – that leaf a kind of Japanese amalgam of mint and basil – and knocked back with a glassy, intense tomato consommé, laced with koji, garlic, shallot, basil and fennel. 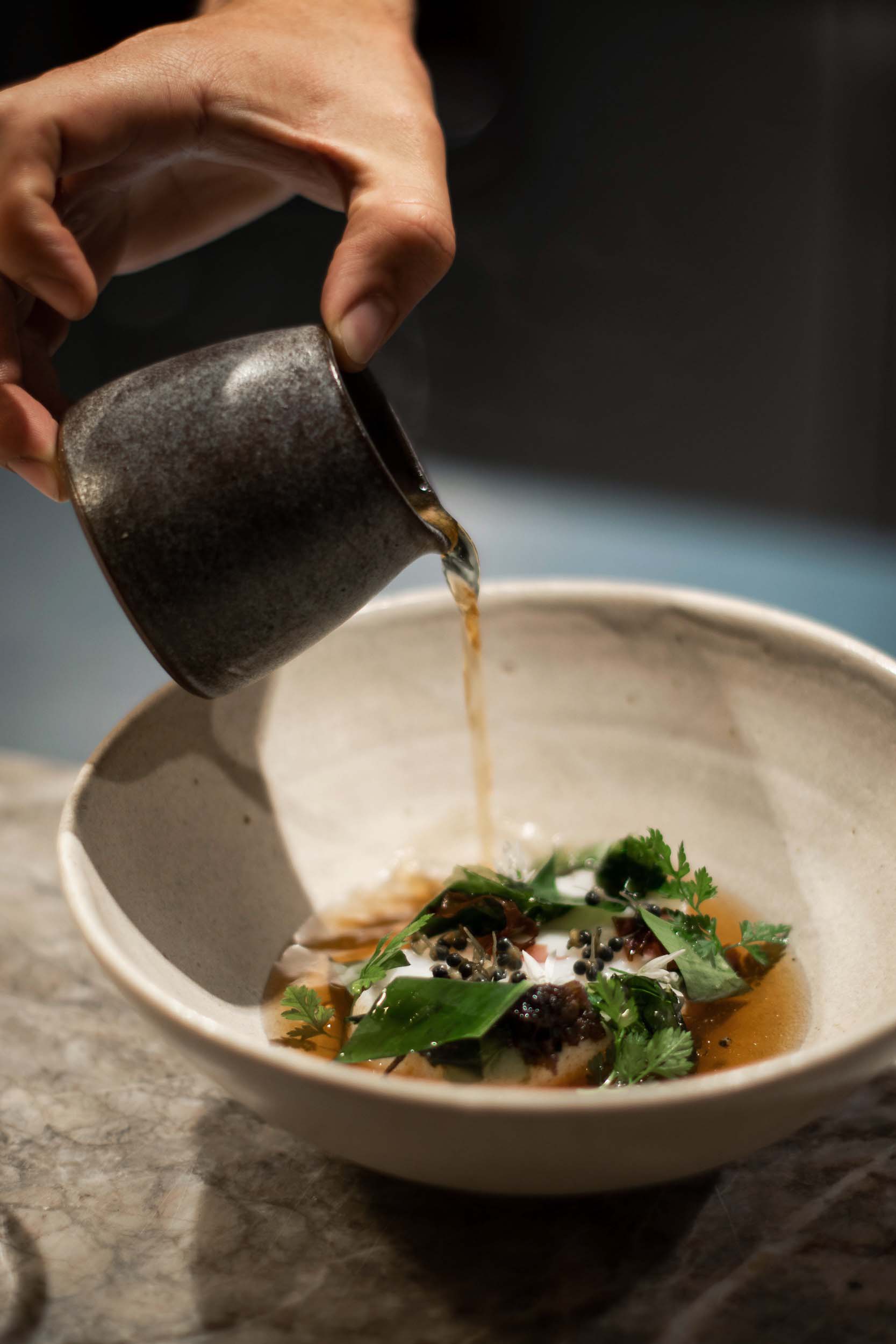 'Kombujime' is a method of ageing fish in sake-soaked sheaves of seaweed. Here, the collected Selbys do it to rounds of pollack, served in an ichiban dashi broth of kombu and bonito (the first uses of each, a little like extra virgin olive oil), and dotted with teeny, pickled wild garlic capers. It might be the prettiest dish on the menu, which is saying something. 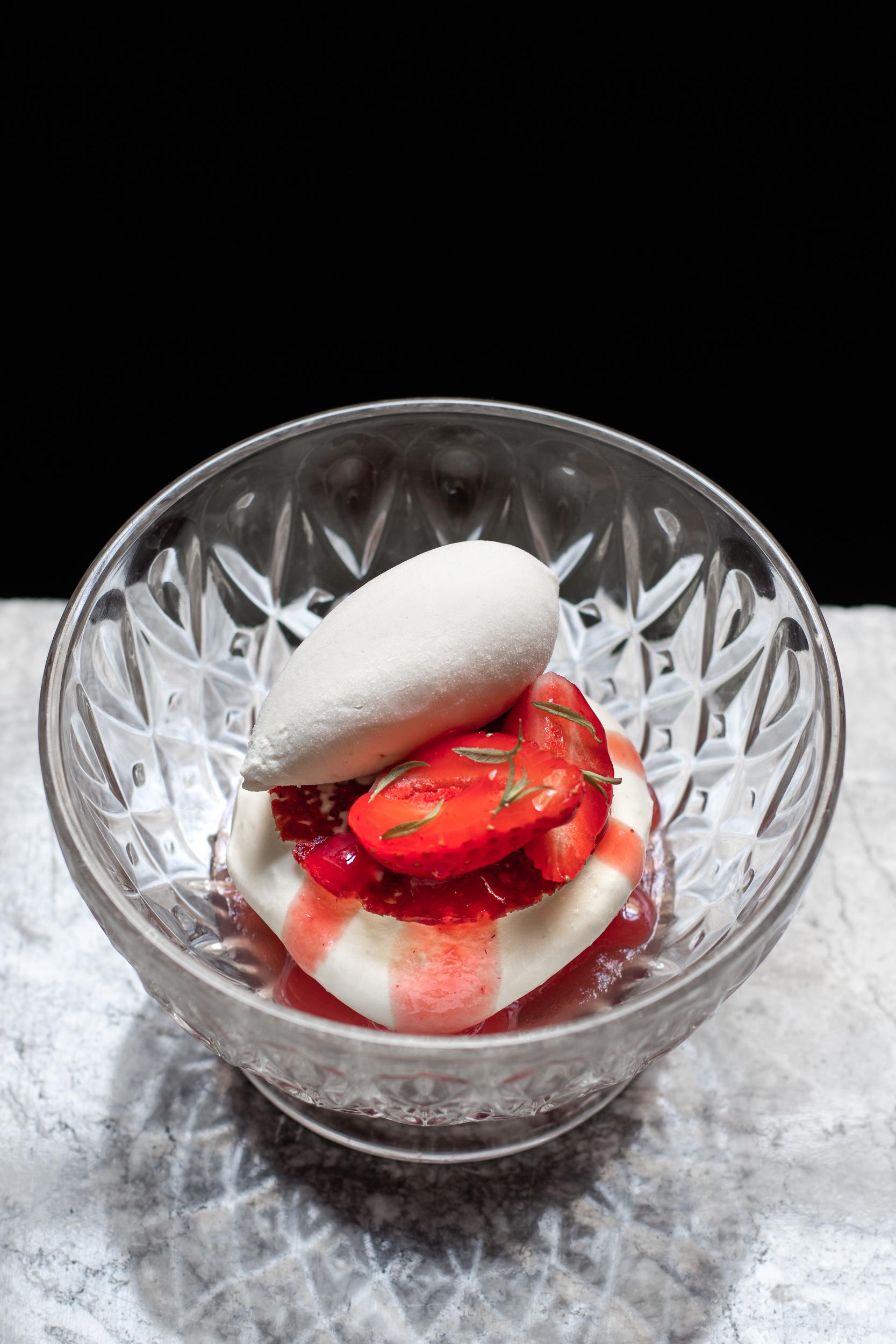 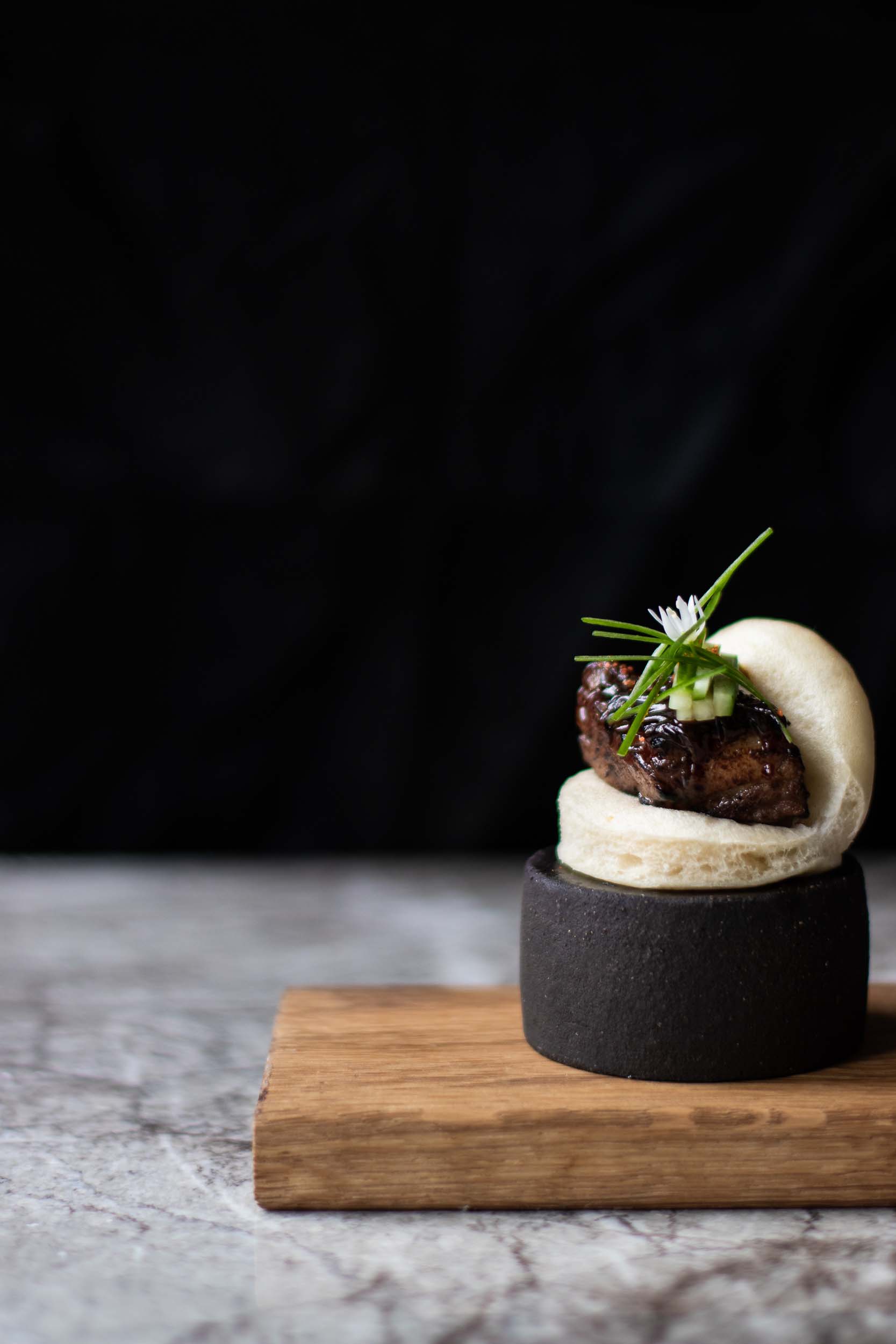 Cos who doesn't want a room to swoon over, deliciously painterly plates, top-tier tipples and three hunky bros chucking it all at you? A complete package.