FEELING ABSOLUTELY STINKING RAVENOUS? THEN JOIN US AS WE CHOMP OUR WAY THROUGH LONDON'S HOTTEST NEW RESTAURANTS, ONE GLORIOUS OPENING AT A TIME. THIS WEEK, a beloved Levantine joint gets a second address

Looking for more Mediterranean goodness? Get your teeth into Firebird, also in Soho.

Or, if you're region agnostic, check out our all-time best restaurants in London list. 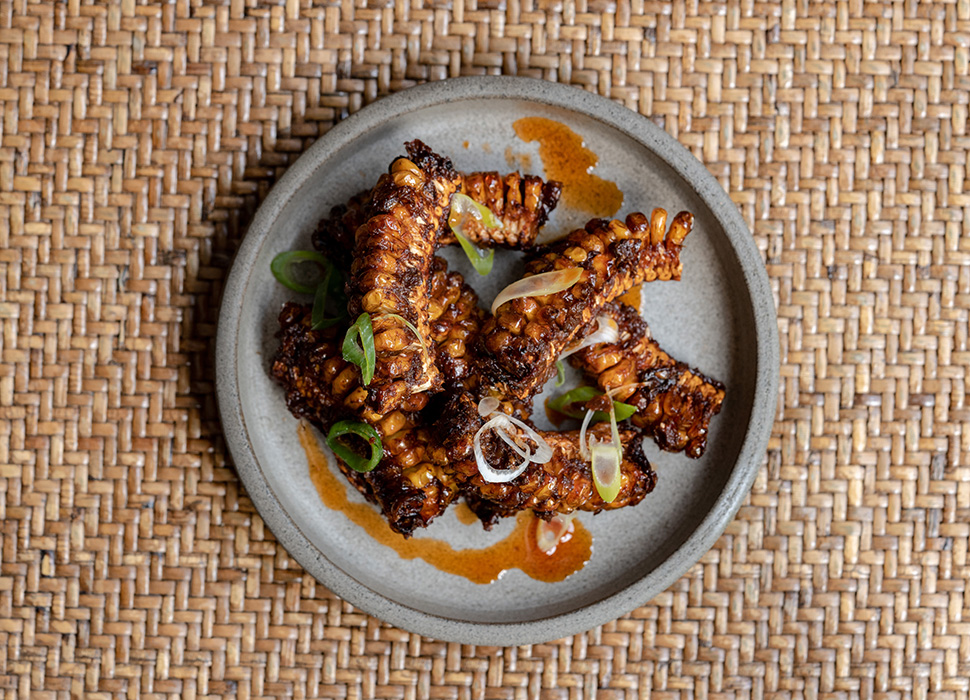 Vegetables get a dressing-up here, like these corn-based 'ribs'

Londoners are obsessed with Levantine food. Nearly every month, there seems to be a new restaurant opening proffering food from this Middle Eastern region, and it always smashes. Fair enough – it’s highly delicious, a cuisine built on big, bright, pleases-everyone flavours and colourful dishes that look great in photos.

In 2019, Bubala Spitalfields was the Levantine address of the moment, serving a plant-based menu of Israeli faves in a bright, plant-filled space. It was a hit, and now they’re bringing their winning formula to London’s restaurant heart, Soho. The space takes cues from the Spitalfields original – sparse and airy, with limewash walls and a lively bar where diners sit cheek by jowl. It recalls the cool, minimalist, market-side restaurants of Tel Aviv, and – on a full night – has the same kind of buzzy atmosphere (though brace yourself for the deafening acoustics). The menu is also much the same as its East London counterpart, with the option of  going a la carte or opting for the “Bubala Knows Best” set menu, clocking in at £38 per person (a tad steep when you consider the price of individual plates, but worth it if you can’t stand to choose).

Most dishes take a classic Israeli dish as a starting point, and then add a twist – labneh comes with confit garlic, for example, and hummus is made richer with a swirl of burnt butter. The fact that every dish is entirely meatless almost feels as though it’s by happenstance – none of the dishes feature any kind of soy-based substitutes, nor do they feel like they’re lacking anything for it. Bubala easily showcases one of the greatest attributes of Israeli cuisine – so many dishes just happen to be meat free. Flavours here are big, and occasionally surprising. And while some dishes are more memorable than others, the quality is consistently high. In short, this is vibrant veggie dining with a laidback, Tel Avivian spirit – and a worthy new obsession. 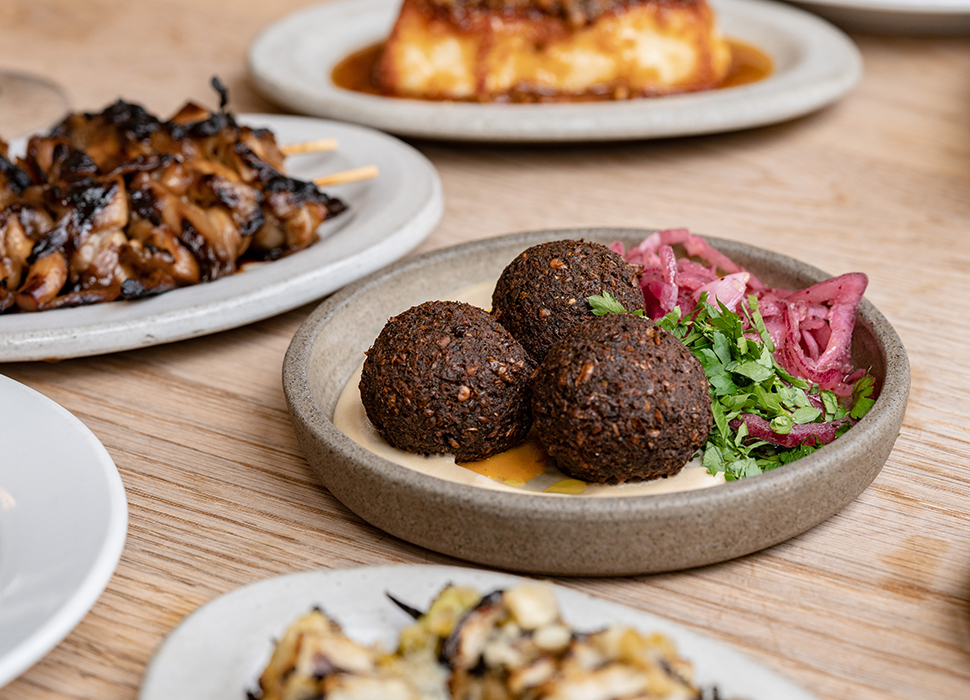 The falafel, a Levantine menu staple

A well-executed halloumi dish will always please a crowd, and Bubala’s version – drenched in chamomile and fennel-flavoured honey – is a banger. It comes as a glistening, cross-hatched slab, ready to tear apart with a knife and fork.

The cauliflower comes halved, charred so fiercely that it nearly dissolves in the mouth, and served over a fried egg-shaped pool of yogurt with an orangey-red yolk of tomato. An inky black dollop of bkeila (a spinach-based condiment) rounds things off.

The only resemblance the confit potato latkes bear to traditional latkes is that they are potato based. The comparison really ends there – Bubala’s tips more in the confit potato direction, with wisp-thin, deep fried layers stacked into bite-sized squares, served over garlicky, sour cream-like toum and topped with chunky sea salt flakes. 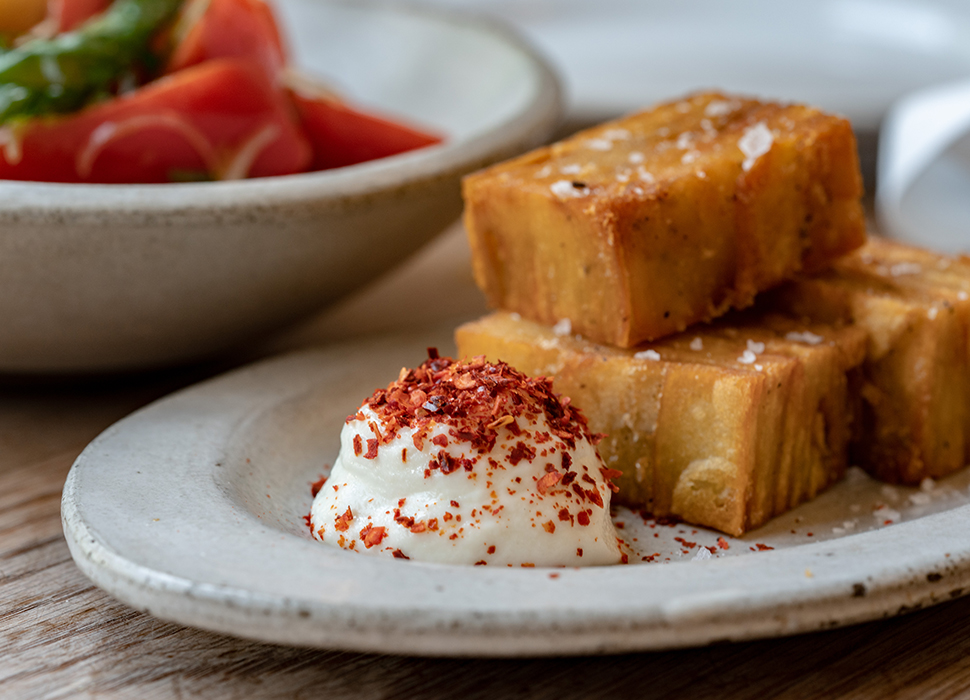 The best restaurants in Brighton