FEELING ABSOLUTELY STINKING RAVENOUS? THEN JOIN US AS WE CHOMP OUR WAY THROUGH LONDON'S HOTTEST NEW RESTAURANTS, ONE GLORIOUS OPENING AT A TIME. THIS WEEK, A new noodle-focussed outpost from the beloved Bao group

Sitting downstairs your thing even if karaoke isn't? Then head to Evelyn's Table – an ace subterranean Anglo-Japanese joint in Soho. 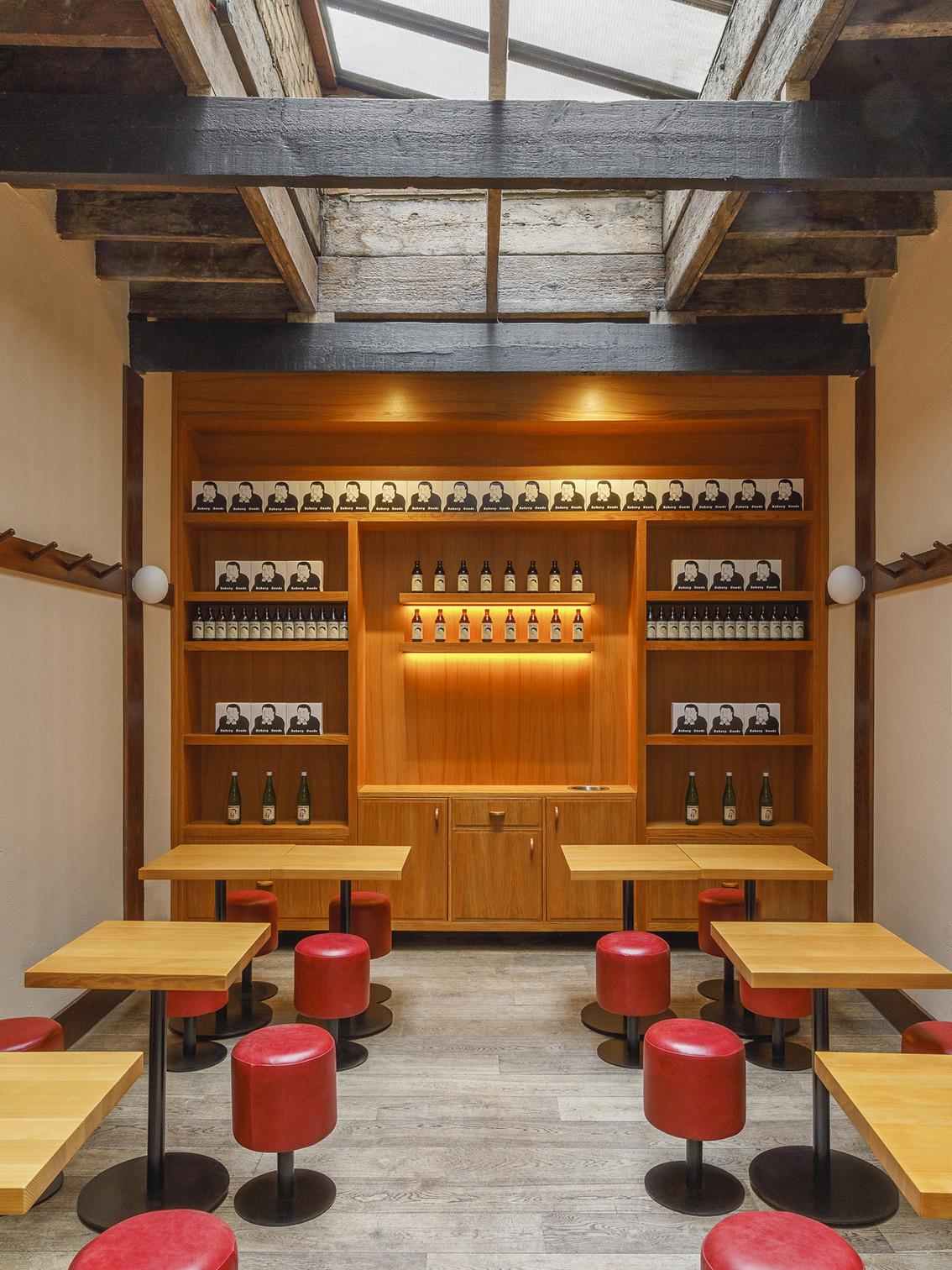 Skylit branding in the back room / Image: Ash James

It’s increasingly tough to imagine a London dining scene without Bao. Shing Tat Chung, Erchen Chang and Wai Ting Chung’s omnipresent, Taiwanese bun merchants appeared first as a stall up at Hackney's Netil Market, then as a tiny, pale-wood locker on Soho’s Lexington Street in 2015 before popping up around the city in various stylistically-tweaked guises. Eight years in, it's become a contemporary brand roll-out ur-text – each expansion more charmingly honed and lip-smacking than the last.

Now – perhaps inevitably – they've set up in east London's Shoreditch. The latest, following a clackety western-café-in-Asia-inspired King’s Cross outpost (birthplace of the fried chicken kiev), takes after Taiwan's classic beef noodle shops. Here, hoofing bowls of fragrant broth (in both rich Taipei and daintier Tainan styles, festooned with slow-cooked beef cheek and rare rump steak, respectively) are the USP – but in classic Bao style, the menu is laden with gems found only at this particular branch.

First, a word on interiors. As with every other Bao, the design is meticulous – but Shoreditch is particularly dreamy, with a front room of lozengy stools, dinky tables and floating opalescent lights loomed over by a minimalist, white-tiled bar; a sky-lit back diner; and a subterranean karaoke den papered with the restaurant’s trademark pixelly menu illustrations. All enough to make the eds at Monocle or Wallpaper* flip their wigs, basically.

Ah, but the chow. Titular steamed buns abound still – there are new prawn croquette and Iberico pig iterations to snaffle here – though they feel a little like legacy plates at this point (albeit delicious ones). Far more thrilling are the noodle bowls (a meal in themselves, as they’re gargantuan in Bao terms) – but even they pale to the recherché majesty of crispy, MSG-flecked strands of fried tripe; honking Ogleshield cheese and jalapeño rolls; and the deeply alluring musk of a bowl of steamed cull yaw (mutton, basically) dumplings. Each among the most delightful new titbits in town, but collectively a run of dishes set to elicit gasps and lurid groans in equal measure.

It was always going to be solid, but Bao Noodle Shop raises the teeny group’s game yet again. Where to next, eh? 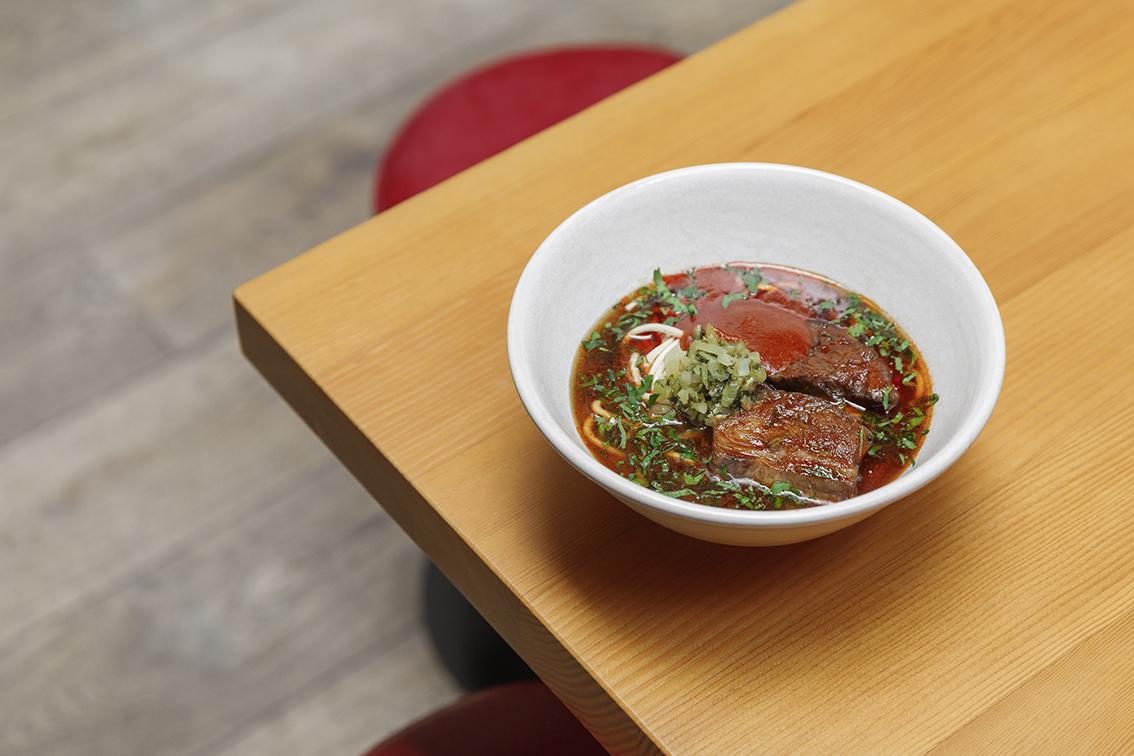 Fine, they’re not really the focus anymore, but you’d still be deranged to visit a Bao and not order some of the eponymous steamed buns. They’re all top-drawer, so you might as well go for the classic bao: a pillowy white clam stuffed with braised pork, fermented mustard greens and coriander, covered in crack-like peanut dust. Order ad finitum.

Stomach lining, in the year of our Lord 2021, still has a tendency to make even hardy gastronauts squirm. But the crispy, deep-fried shards of tripe they do here should be enough to convert the most entrenched offal hater – dredged in a sweet-savoury crumb and served with a mildly heady spring onion dip. Quite ridiculously good.

It’s a pretty even toss up as to which of the big-name noodle bowls here are the best, but the richer, Taipei style noodles just about clinch it. Lo: yielding hunks of slow-cooked beef cheek and short rib perch on a fist-sized twirl of great noodles, all sitting in a punchy beef broth and topped with spicy beef butter. 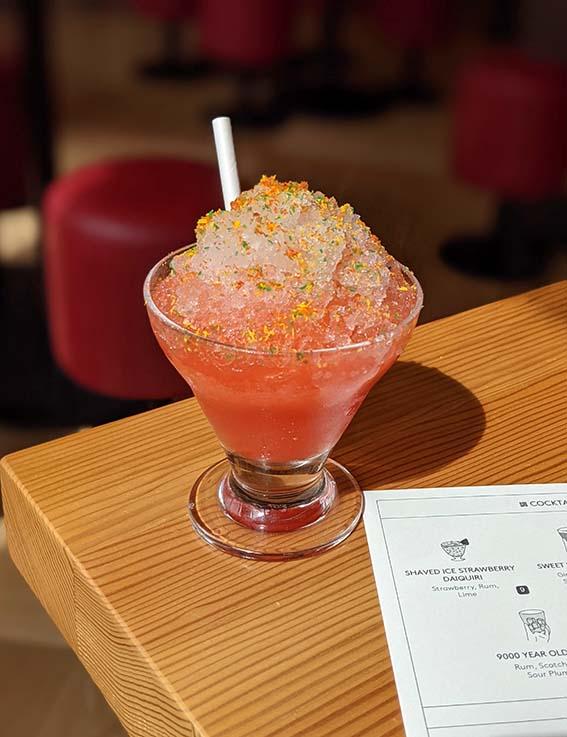 Lest we (you) forget, Bao’s mixes are almost as much of draw as the food. The Insta-ready frozen strawberry daiquiri – topped with a dome of shaved ice and flecked with some kind of tutti-frutti confetti – is good; but the sweet potato sour, as ignominious as it sounds, is truly sensational. When you’re done with the preprandials, there’s decent house lager too. 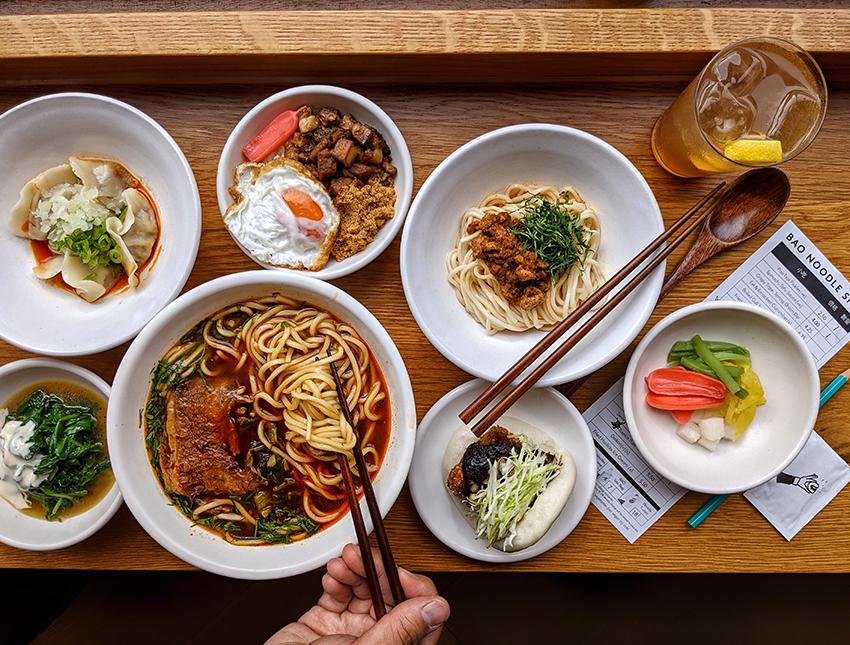 To snaffle genuinely nifty modern-Taiwanese small plates and creative cocktails in a room that you couldn't design yourself in a million years. And then belt out some karaoke for afters.