OK, you've done all that, now you need to stuff yourself city in this brilliant food city. These are the best restaurants in London.

Keen for the coast? No problem – these are the most beatific beaches in striking distance of London.

1. Get the whole picture at the Tate 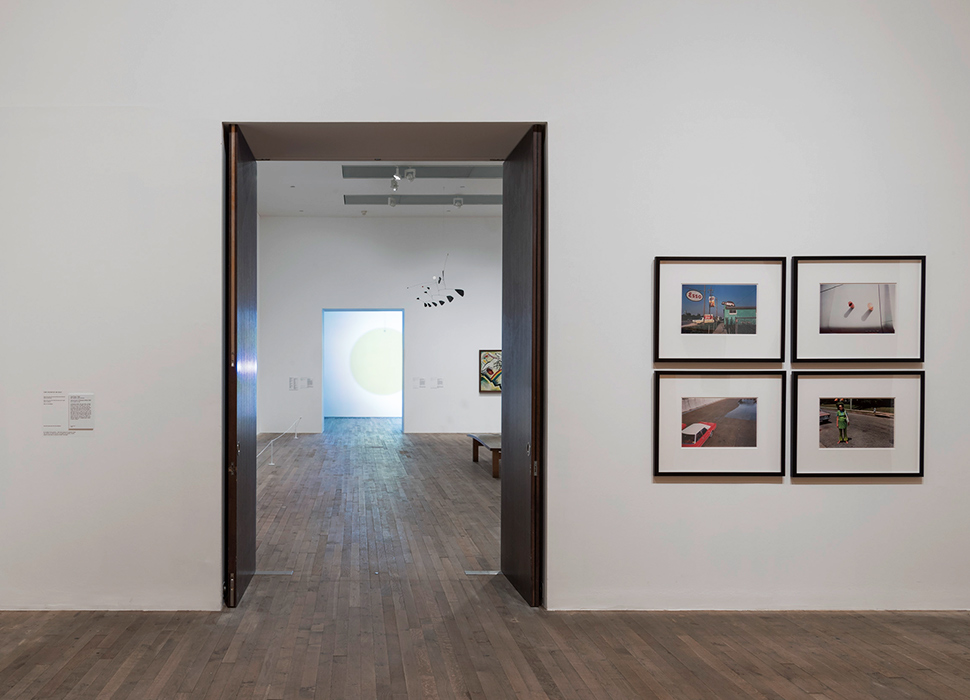 You might not know this, but two of London’s premier riverside chin-stroking institutions were founded by Henry Tate, of Tate & Lyle sugar fame. Tate Britain in Millbank is the grand-dame of London's art scene: a lush confection of Portland stone, crammed with grandees like Hogarth, Gainsborough and Turner. A little further east in an imposing ex-power station, Bankside's Tate Modern is a more contemporary affair, taking in major movements like modernism, cubism and abstract expressionism, a wealth of graphic and multimedia work, and eye-opening installations in the mammoth Turbine Hall. And there’s an uber-stylish café up on level six to sweeten the deal.

2. Take a dip on Hampstead Heath 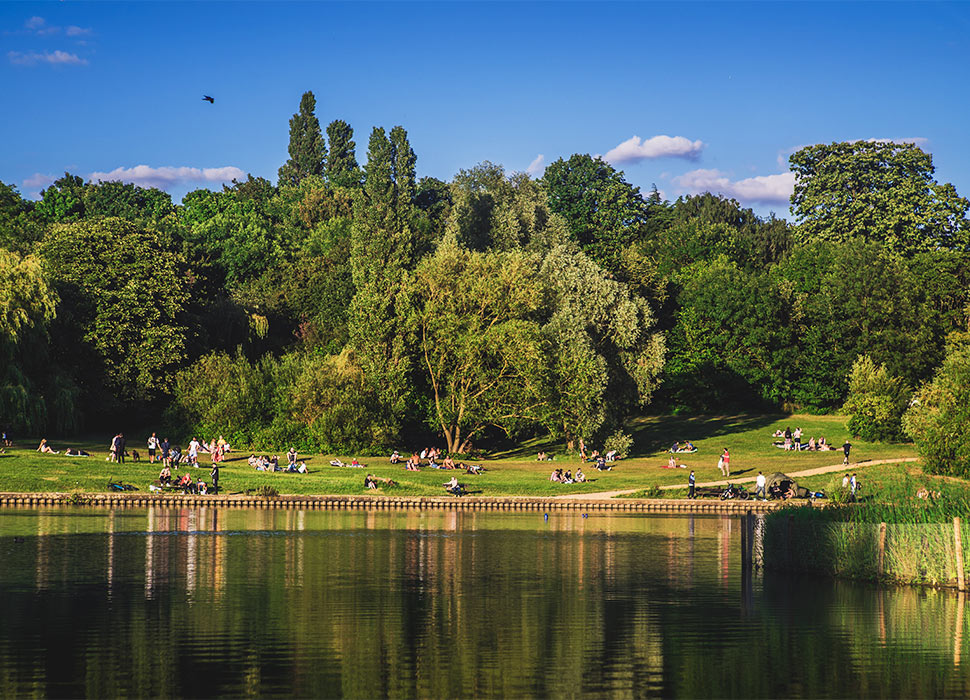 Hampstead Heath is London’s magical inner-city Eden, steeped in legend and colourful history. And this rolling expanse's most hallowed spots are its three swimming ponds – one for men, one for women, one mixed (the assorted waterfowl use whichever one they please, though). They're open year-round – even in the depths of winter, which is a bracing experience for even the most masochistic of Wim Hof acolytes – but the languid murk is most enjoyable on hazy summer days. When you’re done, take the short leafy amble up to Parliament Hill, possibly the greatest picnic spot in town. 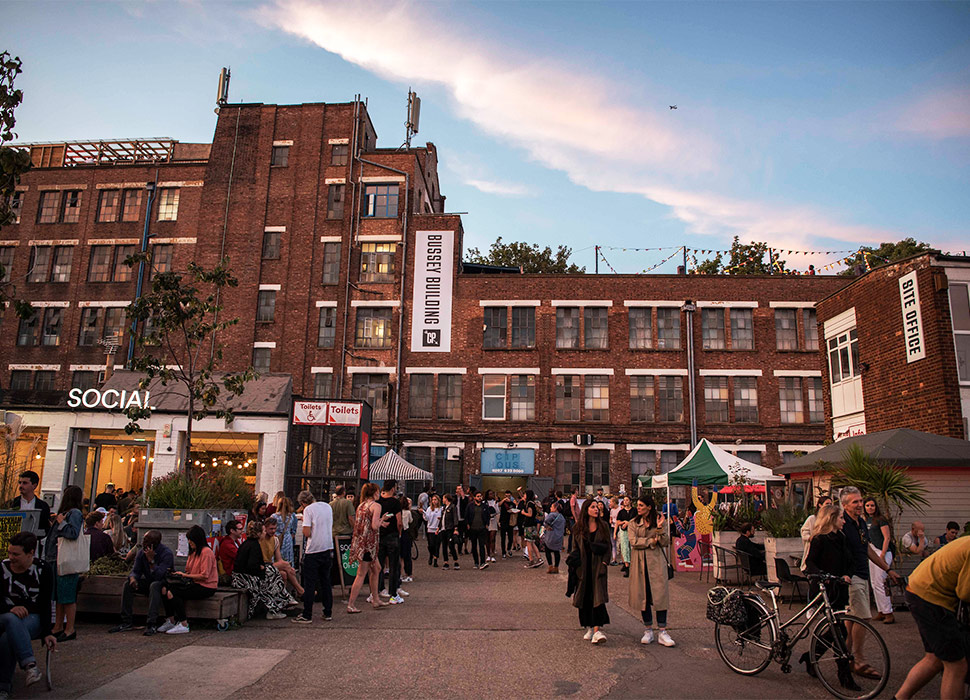 Once primarily associated by outsiders with Only Fools And Horses, southeast London's Peckham is now the city's most happening neighbourhood (and still resisting wholesale gentrification to boot). All sorts, from raves to gigs to film screenings, go down at big old warehouse the Bussey Building (at 133 Rye Lane), with working studios and nice outdoor drinking spots on-site at groovy Copeland Park next door. For more upscale jollies, aspirational types might enjoy the brilliant restaurants and bougie provisioners on nearby Bellenden Road; if the crowds get too much, the Rye itself is 113 acres of kid-friendly park.

4. Make an exhibition in South Kensington 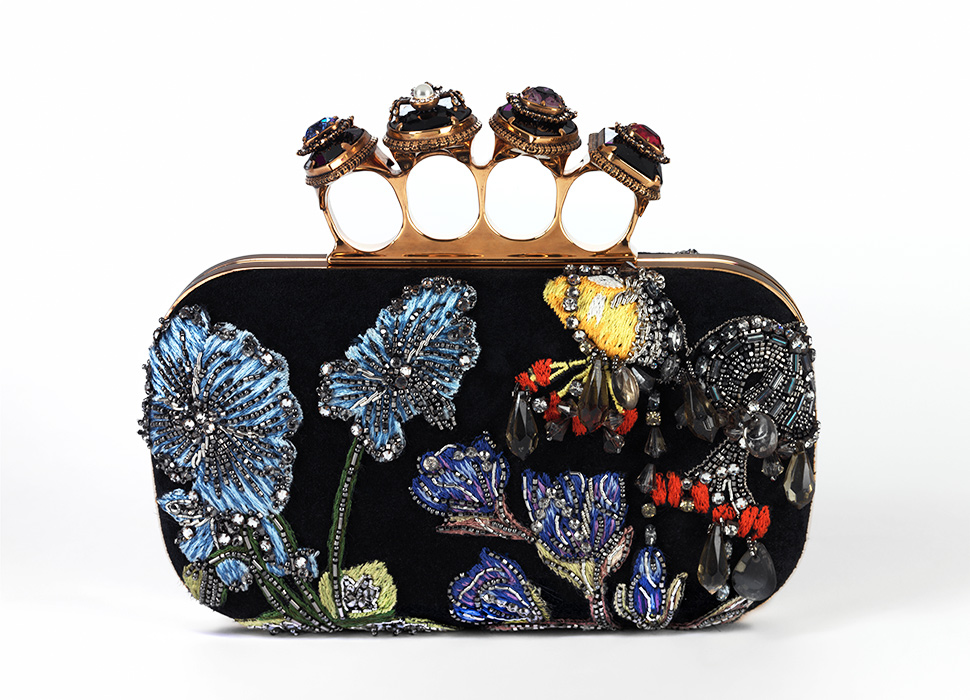 Not one but three world-class museums line stately Exhibition Avenue, just up from Knightsbridge. The biggest draw for the uninitiated is probably the Natural History Museum. It's worth it for the building alone – an Alfred Waterhouse-designed ‘cathedral to nature’ that reveals more secrets every time you look at it – but the provision of animatronic dinosaurs, leviathan skeletons and other weird and wonderful natural specimens is truly world-beating. Next door, the Science Museum covers great engineering from the first steam locos to lunar modules, with natty attractions like an earthquake simulator and the electrifying Energy Hall. And the V&A – perhaps the museum aficianado's museum – is all about elegant design, textiles, fashion and furniture. Enrich yourself. 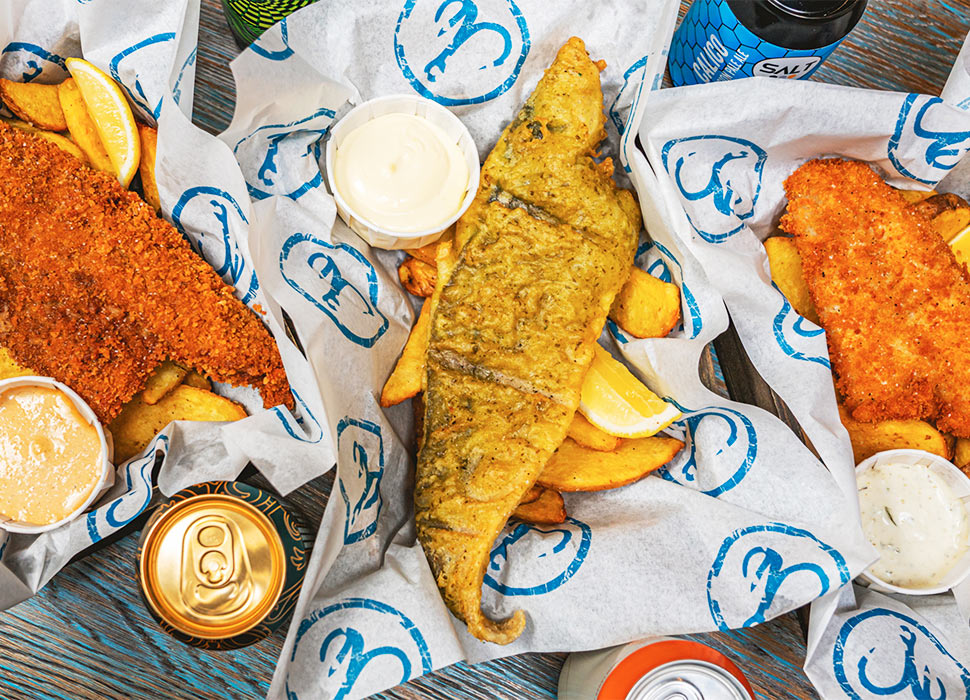 A fishy dishy from Camden's Hook

The most quintessential of British meals is taken to new heights in the capital. For a proper old-school experience, check out Fryer’s Delight (at 19 Theobalds Road) just up from Holborn on the south side of Bloomsbury, where they’ve been doling out proper London suppers – skate, saveloys, wallies (that's gherkins) – since the early 1960s. But hold my vinegary-style condiment, says Marylebone's century-old Golden Hind chippy (at 73 Marylebone Lane), which has the brilliant bonus of being BYOB. Or for a 21st-century take, Camden’s branch of Hook (at 63-65 Parkway) does panko-crusted cod with posh slaw and caramel pretzel pie for afters. That’s a wrap.

6. Lose your head at the Tower of London 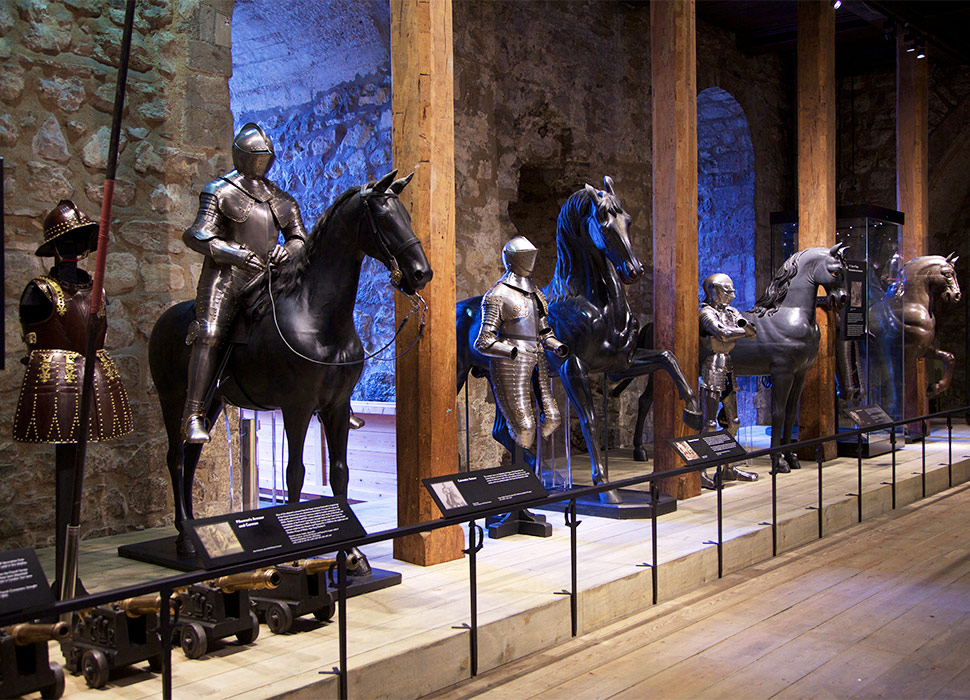 A line of kings at the Tower of London / Image: © Historic Royal Palaces

Erected in the 11th century as a symbol of William the Conqueror’s dominance over his new fiefdom, the Tower of London has seen a fair few changes over the years. It has a grim history – no fewer than three queens of England were beheaded here – but the brooding fortress is now better known for its protecting gang of ravens than out-and-out bloodshed. (Alas, the historical menagerie of leopards, an elephant, lions and a polar bear that fished in the Thames are now long gone.) You can also chat to the archaic Beefeater guards, ogle Queen Victoria’s crown and get a faceful of Henry VIII’s codpiece, among other highlights. A truly towering landmark. 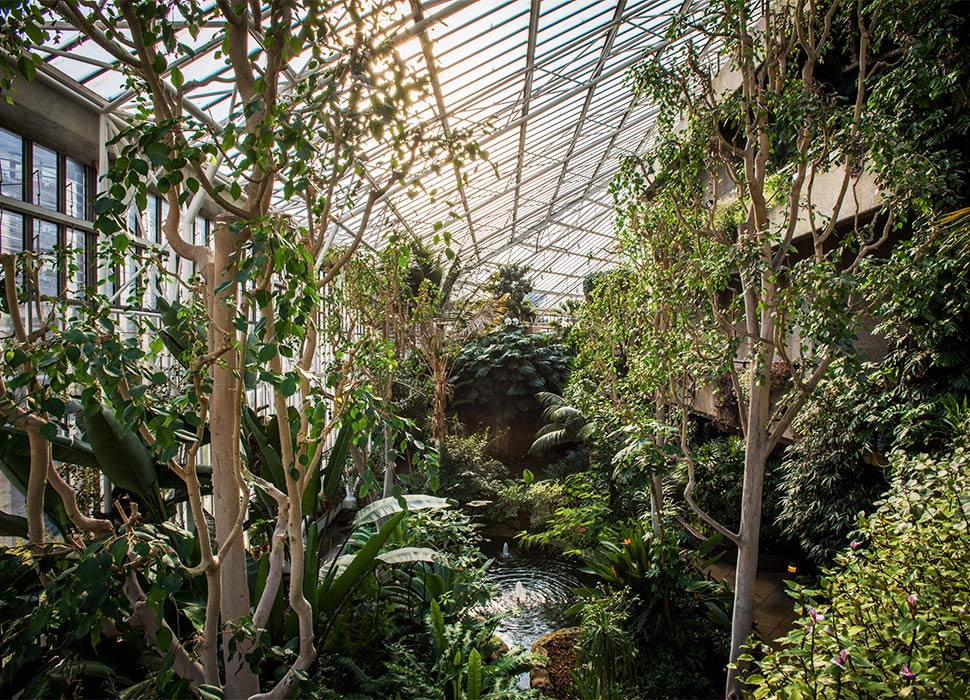 The Barbican Conservatory is an inner-city sanctum for the botanically minded / Image: Max Colson

The Barbican’s looming cluster of brutalist concrete isn’t to everybody’s taste. But look a little harder and you’ll discover a little piece of verdant heaven tucked away inside. Some 1,500 species of tropical plants and trees dominate this indoor glass conservatory, right on the fringes of the City. In among it all, intrepid explorers can stumble upon no fewer than three indoor ponds teeming with exotic fish and adorable turtles. If the Barbican is your idea of a dystopian horror flick, the Conservatory is the sanctuary our heroes end up escaping to in the finale. 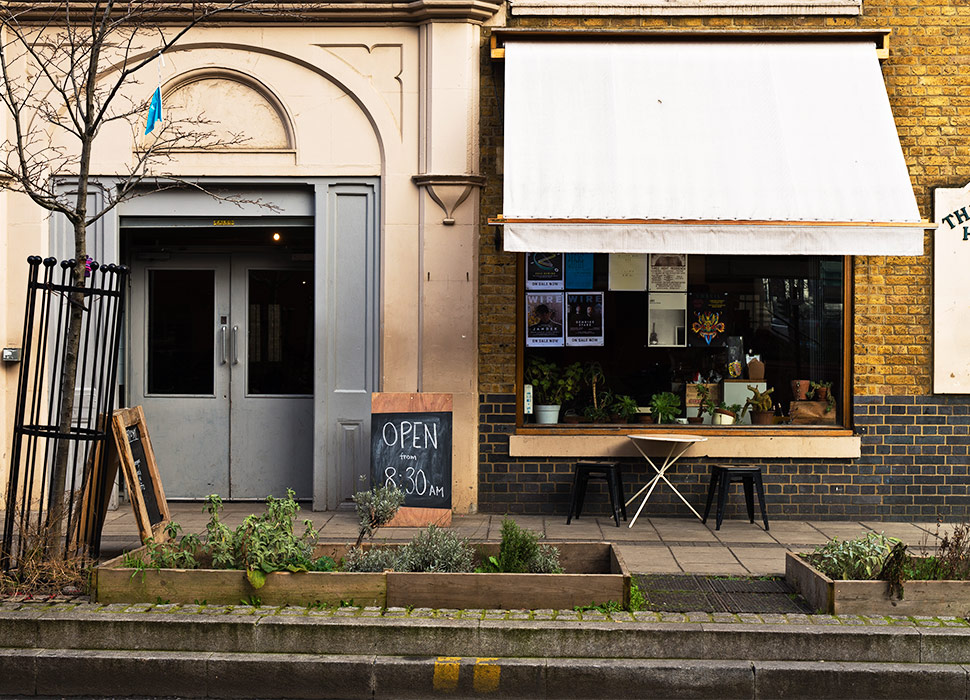 This faintly bonkers Dalston venue opened in 2008 and has been delighting and challenging punters ever since. By day it’s your typical coffee and juice spot, full of groovy local laptop tappers. But when the lights go down later in the evening the cream of the international experimental, electronic, drone, jazz, folk and world music scenes (you name it basically) come out to play. In the past the stage has been graced by totemic leftfield impresarios like the Sun Ra Arkestra, Yoko Ono, The Necks and John Zorn, but local vibes abound courtesy of folks like the London Improvisers Orchestra and, on occasion, Sonic Youth founder and Stoke Newington resident Thurston Moore.

9. Join a stag party in Richmond 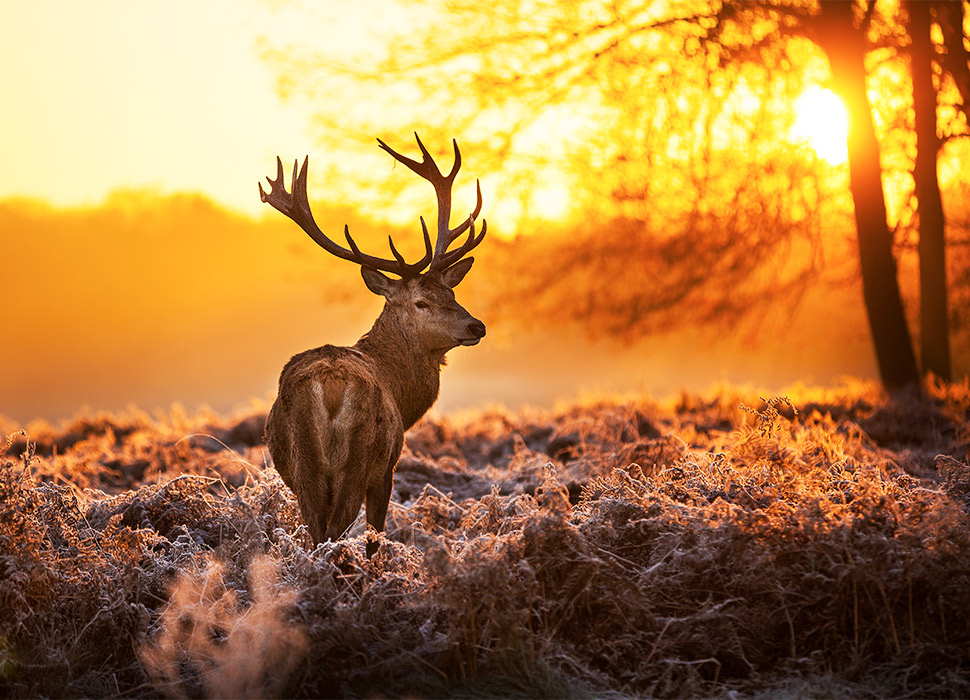 London’s largest Royal Park, located a 20 minutes' schlep up the hill from the pretty Thamesside town of Richmond itself, stretches over some 2,500 glorious acres. It’s every inch a Londoner – from its highest point you'll find a protected veiw of St Paul’s Cathedral about 12 miles away – but still feels utterly wild, not least for the many hundreds of red and fallow deer that call the park home. Giant stags can be heard bellowing mightily around rutting season, and no wonder – the most dominant males can command harems of some 40 hinds. Fauna aside, it's a hub of cyclists, walkers and picnickers keen to find some green respite from the urban sprawl. 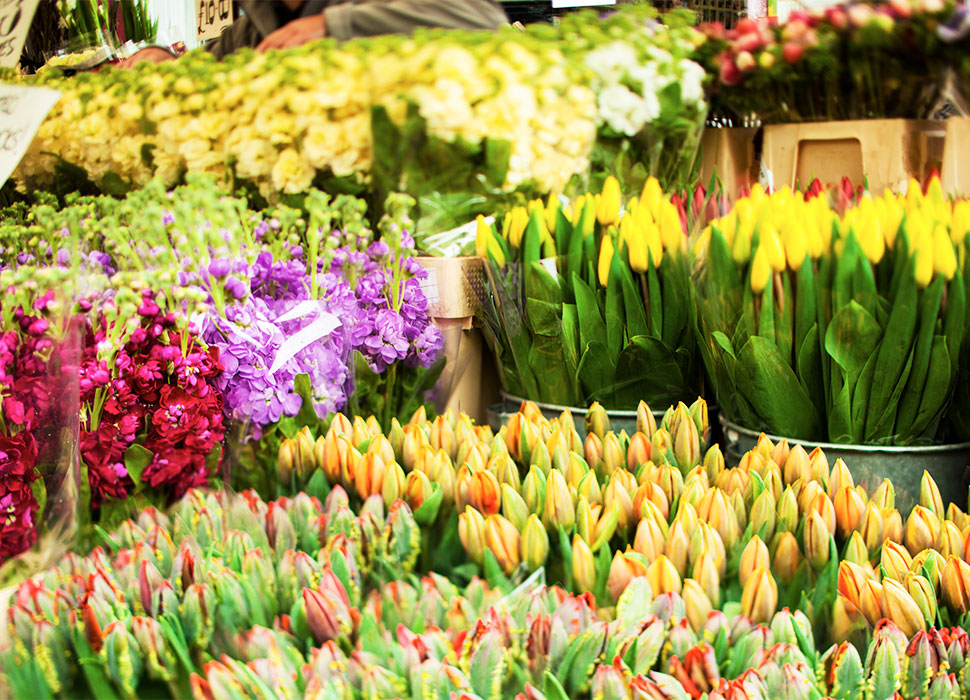 Every Sunday, one of east London’s prettiest backstreets erupts into a riot of colour, fragrance and the increasingly rare cacophony of cheerful cockney wheeler-dealers advertising their wares. Show up early or arrive late – seriously, like 8am, or near closing at 3pm – to avoid the inevitable throngs, and don’t be afraid to haggle. It’s all part of the fun. Once you’ve nabbed the perfect posies, you'll be well served for vittles at brilliant modern European joint Brawn (at 9 Columbia Road) or a swift half at the Birdcage (80 Columbia Road).