Yeah, yeah, we all love London in the sun. But for those days when it gets over 30°C and the fan in your “home office” (bedroom) is circulating stifling, oppressive air around your face, and you just want to be dunked in a bucket of something ice cold and very, very wet... then we’ve got you covered. For a mostly-mild weathered country, the capital has a surprising amount of outdoor pools and lidos to take a dip in. Here are the best of the bunch.

Get in your lane, yes? / Image: Alamy

Found in the northwest corner of the Hackney park, London Fields Lido welcomes swimmers from 6:30am to 9pm. It’s also heated to 25°C. Delightful! 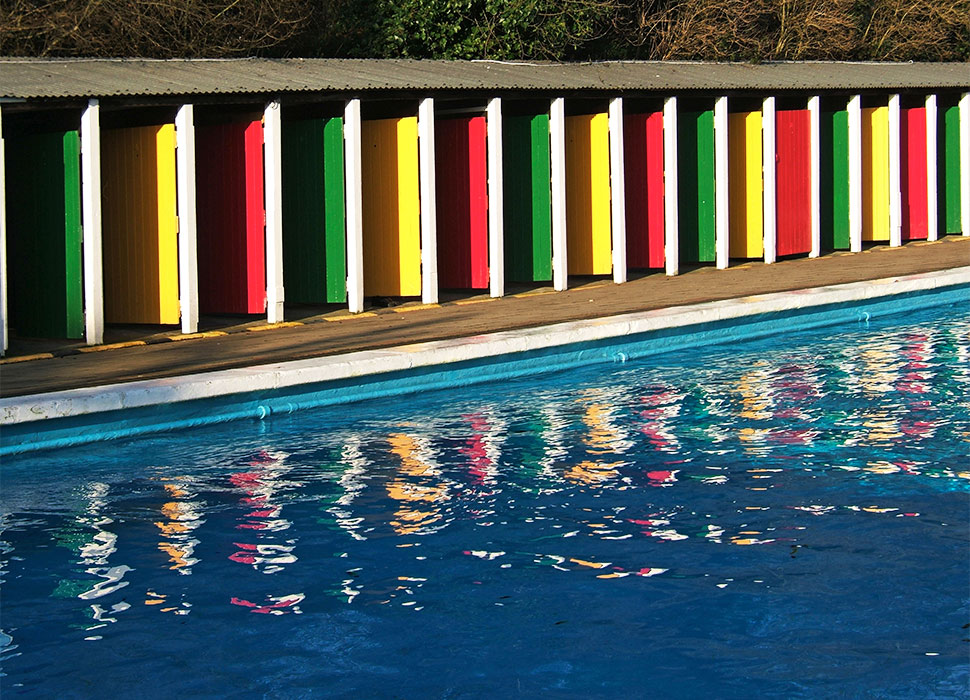 With pleasing multi-coloured changing rooms, Tooting’s 91m-long and 30m-wide freshwater pool is a South London institution. Found on the common, near to Tooting Bec tube, the Victorian-era Lido is open from April to September. 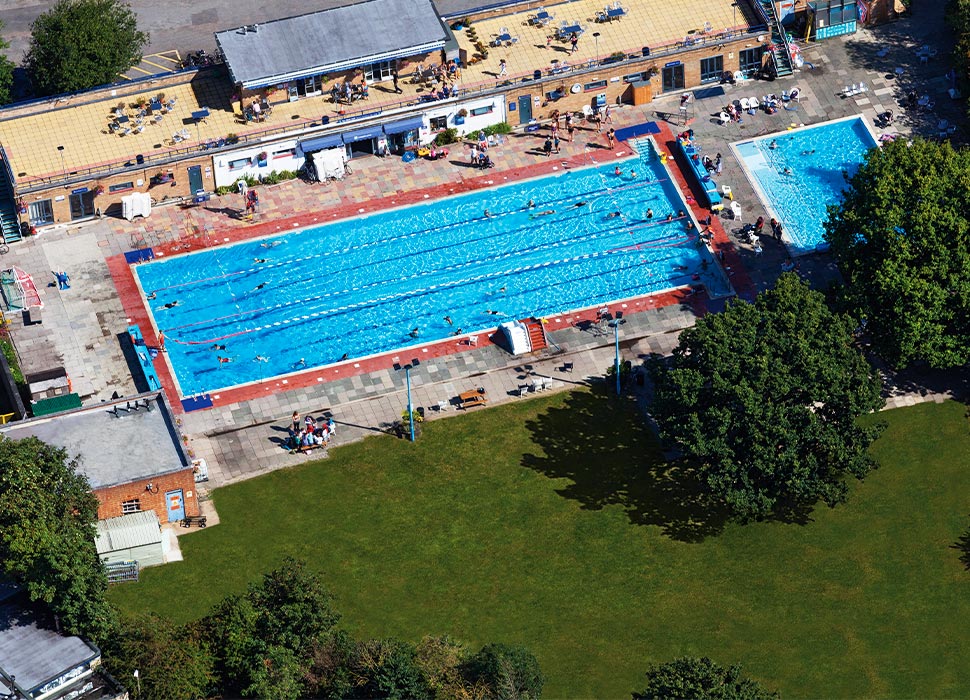 OK, so it’s technically Middlesex, but a big plus for Hampton Pool is its being heated to a toasty 28°C, 365 days a year. It’s a little smaller, at 36m-long, but there’s also a learner pool, for kids. 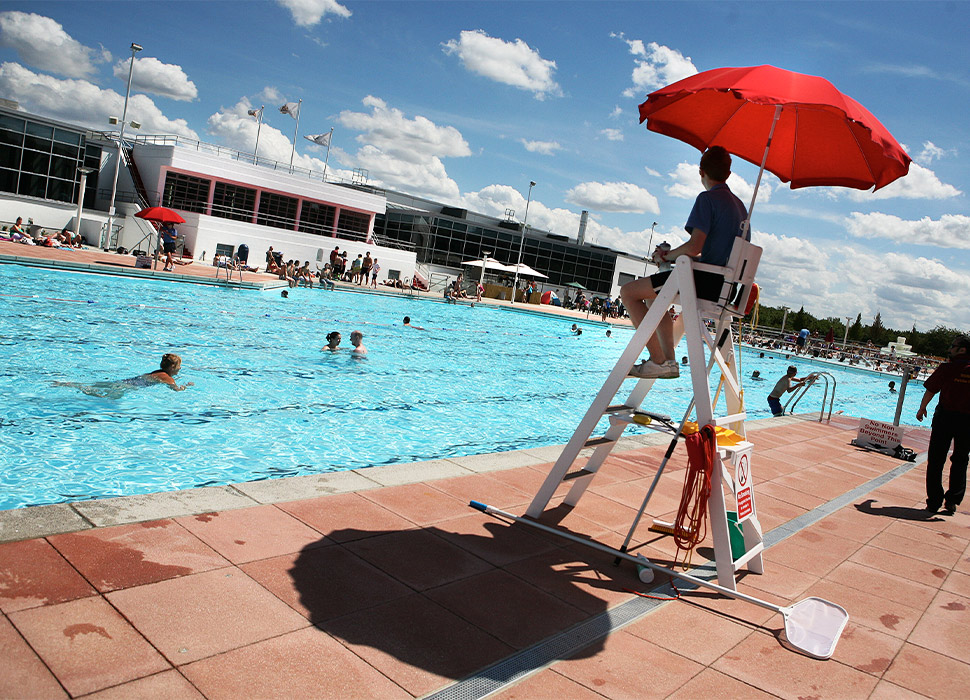 Getting read for snacks off the A40 / Image: www.better.org.uk

Formerly known as Uxbridge Lido and located just off the A40 in West London, Hillingdon Lido is part of the wider Hillingdon Sport and Leisure complex. It’s heated to 23°C and is in the process of opening a pool-side café which will serve you ice-cream, snacks and hot and cold drinks once you’ve worked up an appetite. 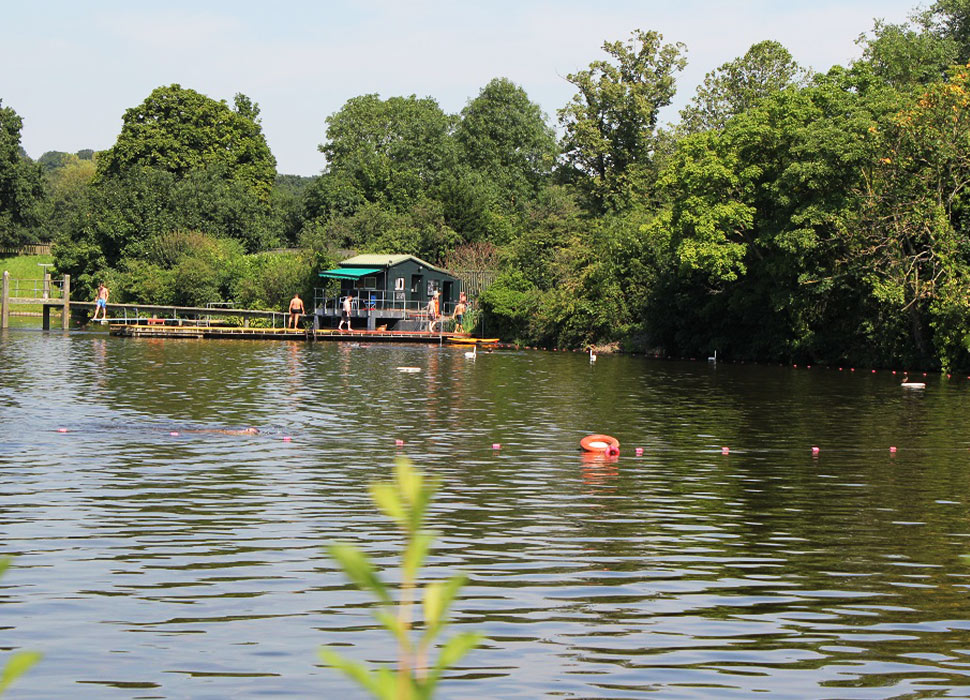 An afternoon at the Mens' Ponds – teeming eels out of sight / Image : City of London Corporation.

There may or may not be eels wriggling beneath the depths of the murky pond water but how lovely to be among nature! With all the moss n’ stuff! Hampstead Heath's ponds are very popular with die-hard freshwater swimmers and people who like to show off about being at Hampstead Heath's ponds when in reality they dunked a toe in. Which one will you be? 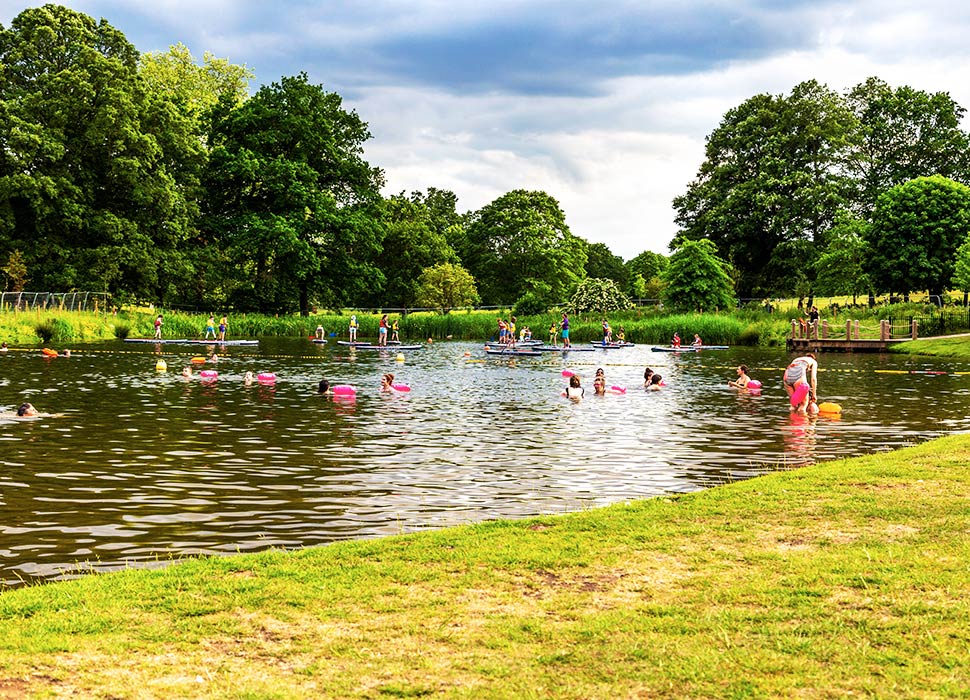 Another one for open-water enthusiasts, Beckenham Place in Lewisham, is London’s first purpose-built swimming lake. Open until 3pm (except on Tuesdays on Thursdays when it’s closed), you get £1 off a swim in you’re a Lewisham resident. You must pre-book. 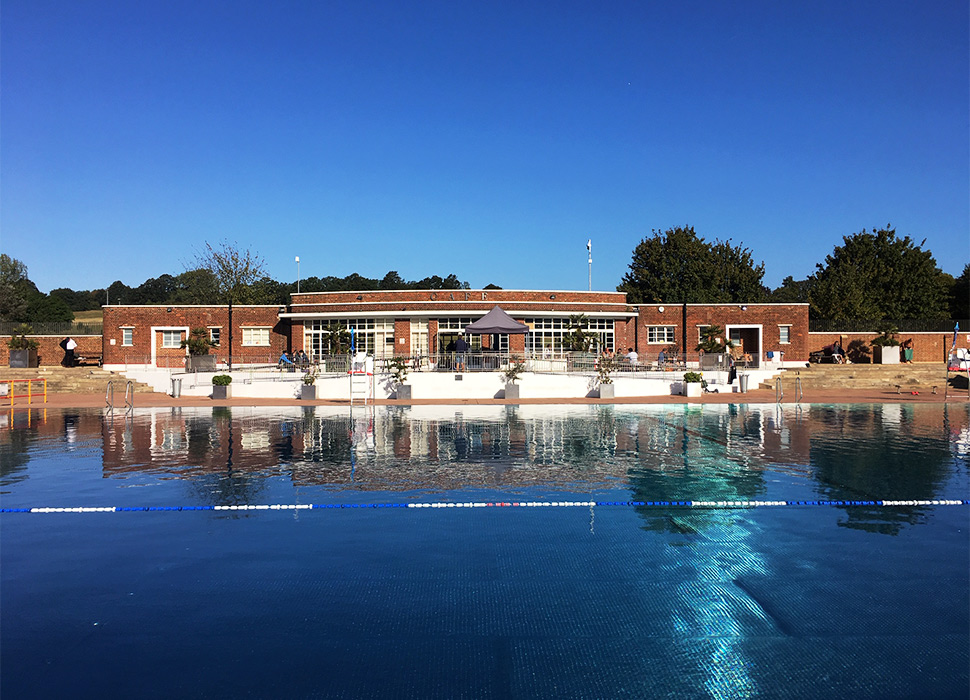 Murk-free waters on the edge of the Heath / Image: City of London Corporation.

If you don’t fancy the ponds, Parliament Hill Fields Lido is also located on the edge of Hampstead Heath and is eel-free! The 60m pool is another that’s open all year round and has been welcoming swimmers for over 80 years. 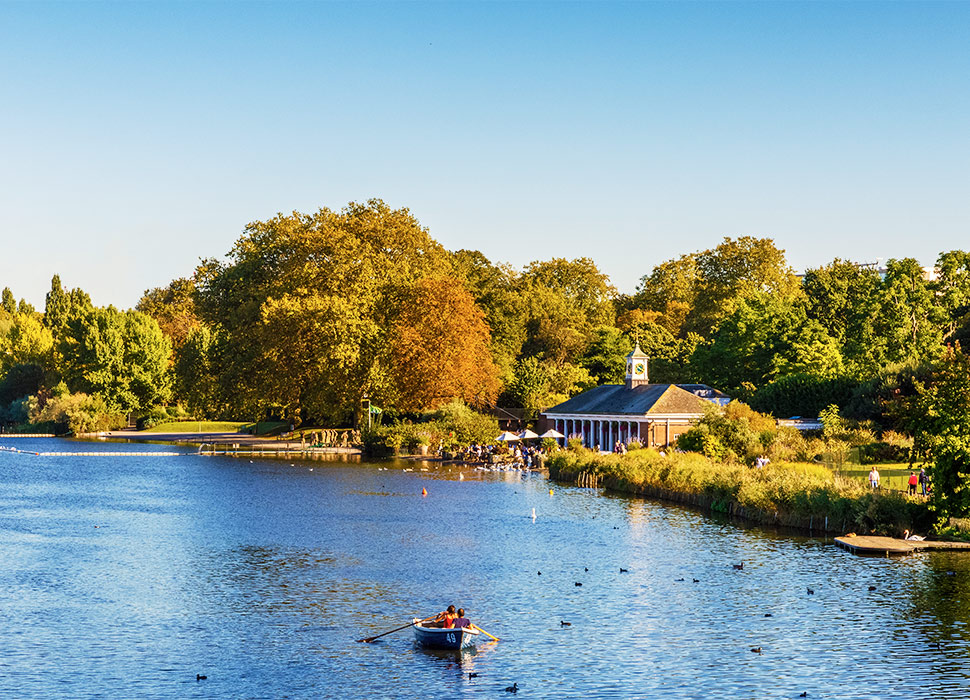 The Serpentine is an open-water OG / Image; Adobe Stock

You can’t get much more central than Hyde Park. The Serpentine Swimming Club is the oldest in the country, meeting between 5:30am and 9:30am every morning. The lido is open to regular folk daily between June and September and on weekends from May. 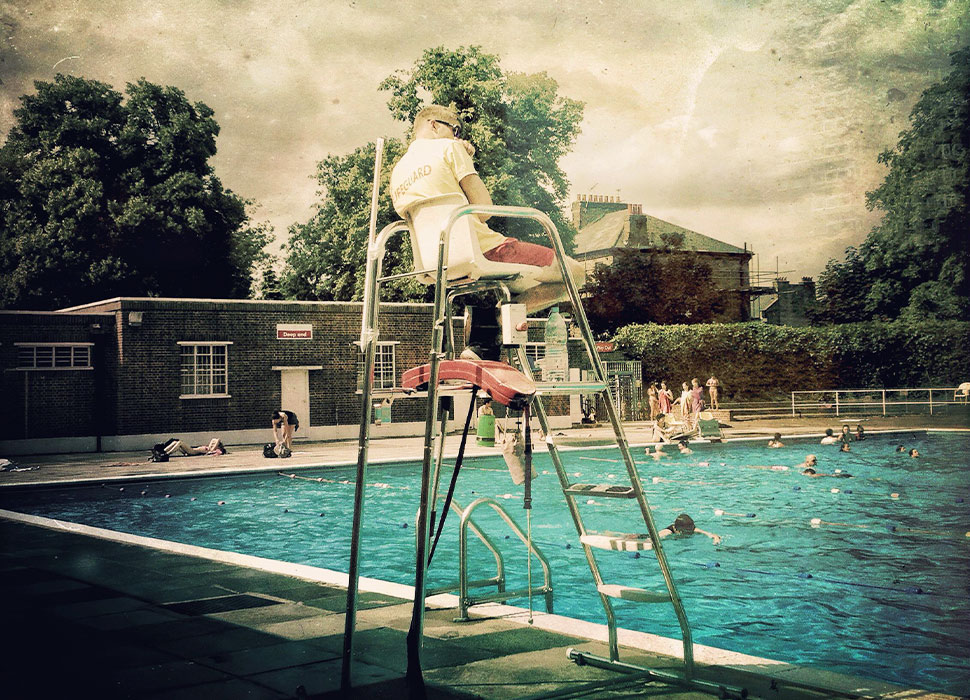 Another South London staple, Brockwell Lido’s 50m Art Deco pool was first opened in 1937 but was closed in 1990 until two ex-council employees took on running it on behalf of the community. And aren’t we glad they did! The unheated pool is open all year round from 6:30am. You might want to wear a wetsuit in winter.

New to London this summer is this open-air swimming pool in the heart of Canary Wharf. With water regularly tested to meet cleanliness standards, it’s the perfect way to cool off from the stresses of the city. You need a monthly membership to NOWCA, the UK’s network of safe, open-water swimming spots, to take a dip.