Hungry for the Big Apple? Get a taste at this award-winning UK bolthole

Hotel Brooklyn Manchester’s take on the inimitable New York borough has seen it become one of the most celebrated properties of the last 12 months. Here’s why it’s worth the hype

Travel has been, shall we say, a challenge over the last year-and-a-bit, but it's nothing compared to what the service industry has been through. Take Hotel Brooklyn Manchester, for example. Having celebrated its grand opening in February last year, it was forced to shut its doors just one month later.

“Yes, it was probably the toughest time to open a property,” admits general manager Paul Bayliss. Thankfully, this stylish, New York-inspired address sandwiched between the Gay Village and Chinatown has bounced back with aplomb and since reopening in August, the accolades have come thick and fast. “Our team has been magnificent, as have our clientele,” Paul adds.

Not only was Hotel Brooklyn Manchester named in The Times’ Top British Hotels to stay in 2020-21, but it also featured in Conde Nast Traveller’s Top 30 Hotels in the UK and was voted among the top 1% of hotels in the world by TripAdvisor this year. To date, the property has picked up more than 15 awards in categories including design, business and accessibility. 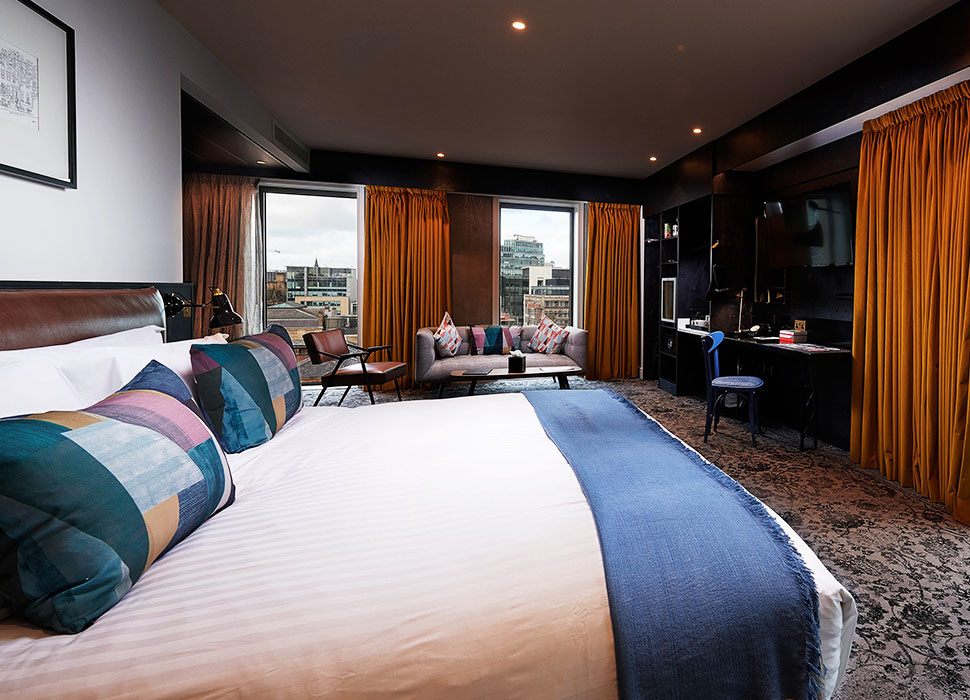 An array of innovative features makes this one of the most accessible hotels in Europe / Image: Sarah Porter Photography

Transplanting the vibrancy of the hipsterfied New York borough into the heart of the city’s cultural quarter, Hotel Brooklyn Manchester comprises 189 rooms, including the UK’s first fully accessible suites. A total of 18 rooms have been designed specifically for wheelchair users and ambulant guests, with an array of innovative features including integrated hand grips, removable grab rails and expansive bedroom storage, making it one of the most accessible hotels in Europe.

Accommodation styles range from cosy bedrooms ideal for whistle-stop city breaks to large studios and suites with skyline views, while the exposed brickwork and vintage radios on the bedside table encapsulate the hotel’s East Coast aesthetic. The only thing it hasn’t flown over from Brooklyn are the exorbitant rates, with rooms starting from a reasonable £139 a night.

Elsewhere, the on-site Runyon’s Bar & Restaurant offers an a la carte menu combining British classics with North American flavours (think fish and chips made with spiced cornmeal batter and beer-braised pork belly with applejack gravy). Of course, no New York-style restaurant would be complete without a wide choice of steaks, nor a belt-busting brunch menu, both of which are genuine highlights.

As we move optimistically into 2022 and look forward to the return of trips across the pond, Hotel Brooklyn Manchester is the perfect stopgap for now.

In partnership with Hotel Brooklyn Manchester