The best things to do in and around St Ives

One of West Cornwall's loveliest towns, St Ives is a cultural haven that also happens to be surrounded by rugged natural beauty, hazy harbour villages and sites of ancient intrigue. Here's the best of it

1. Get schooled at Tate St Ives 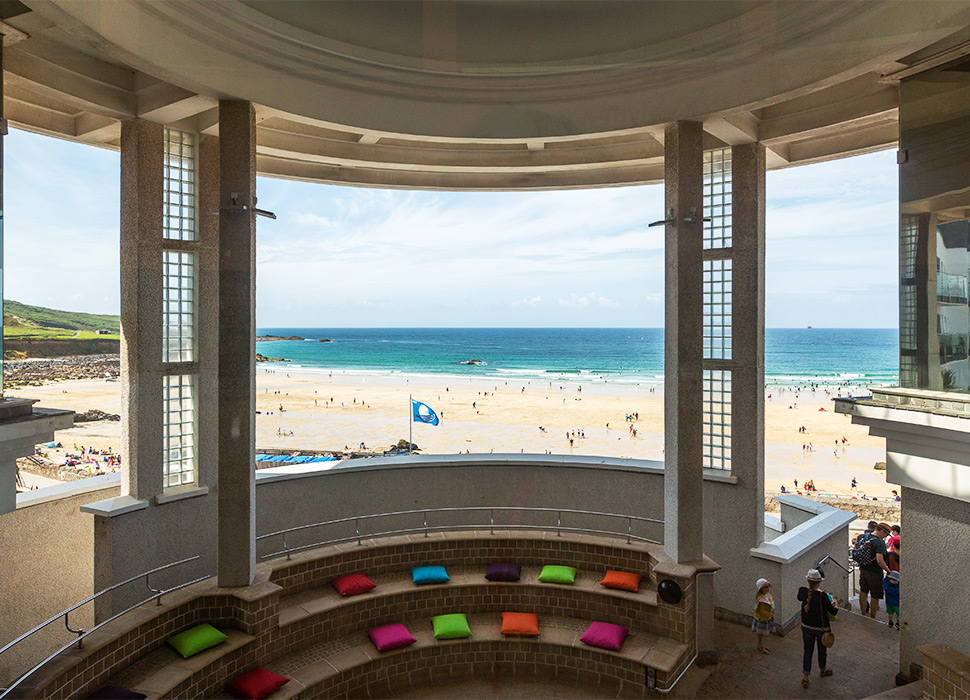 Built on the site of a former gasworks overlooking Porthmeor beach, the Tate’s Cornish outpost is a totemic temple to contemporary art. It first opened in 1993 as a means of displaying the work of the St Ives School: a group of artists – led by the abstractionist couple Ben Nicholson and Barbara Hepworth, but which soon included impresarios like Sir Terry Frost and Patrick Heron – drawn to the town during the Second World War but long enraptured of its ethereal light and the inimitable west Cornish landscape. These days it holds a broader collection of groundbreaking modern art (from pop to constructivism, figurative painting and abstract sculpture) and, most importantly, is home to a lovely terrace café with lofty views of Porthmeor below. 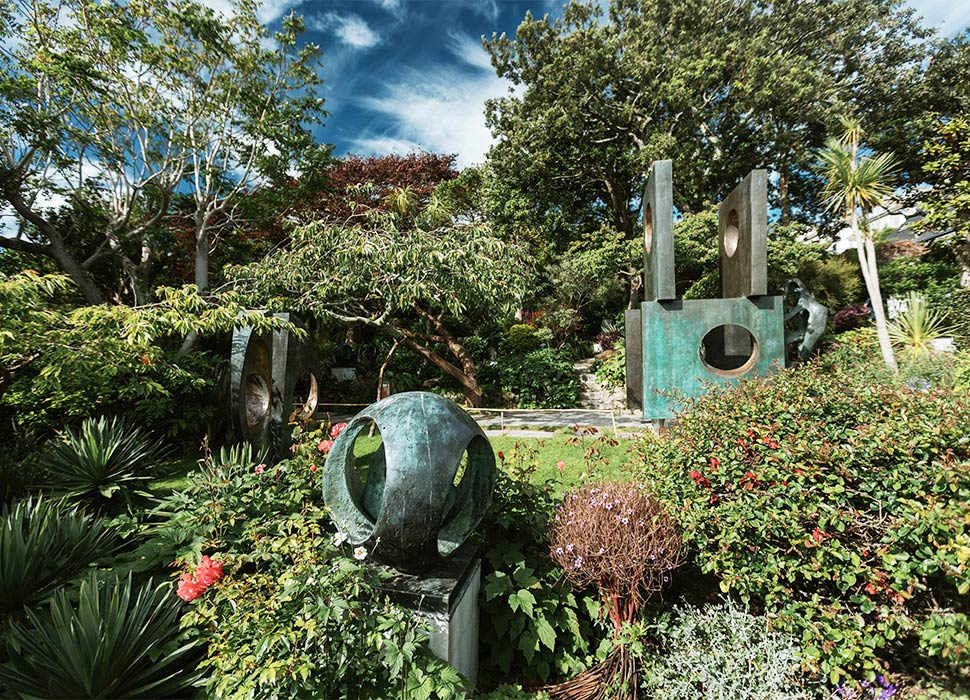 'Here was a studio, a yard and garden where I could work in open air and space,' wrote Barbara Hepworth of Trewyn, the beautiful backstreet complex she lived and worked in from 1949 until her fiery death in 1975. It’s now an eponymous museum; a Narnia-like site of pilgrimage for enthusiasts of genre-defining abstract sculpture. The verdant gardens – stuffed full of fluid monolithic bronzes, laid out by Hepworth herself with the composer Priaulx Rainier – and the scrappy greenhouse are especially tranquil, and a fine respite from the town’s seasonal hordes.

3. Have a wheely nice time at The Leach Pottery 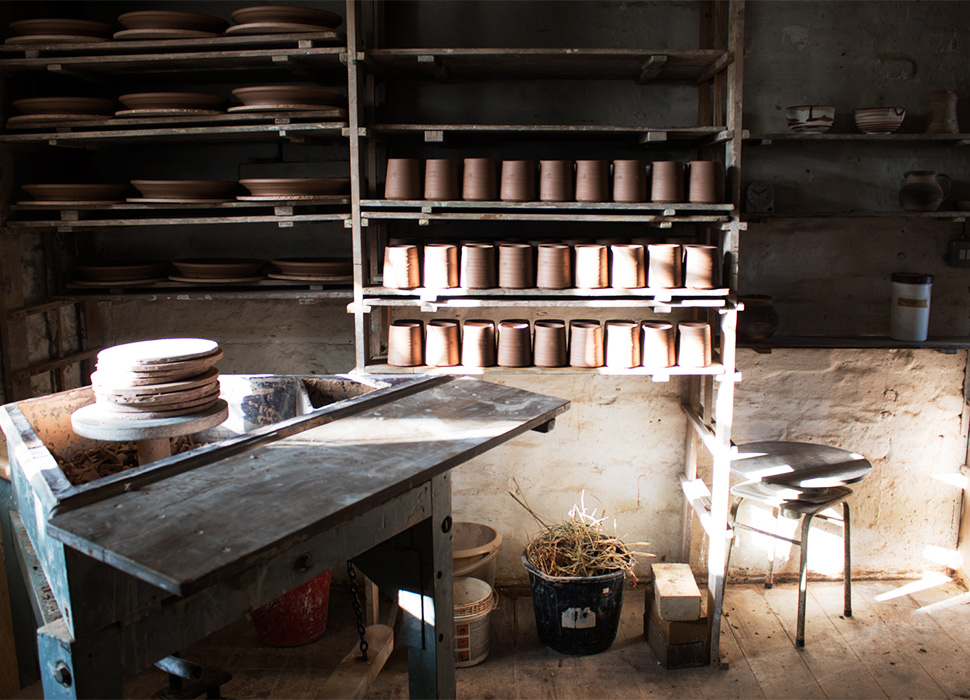 Having a clay old time at Bernard Leach's pioneering pottery

More world-beating art can be found ten minutes walk out of town on Higher Stennack, this time with a more rustic bent. Bernard Leach is accepted as the father of British pottery, and this dreamy studio – founded by Leach and Japanese potter Shoji Hamada in 1920 – its spiritual home. Now, it’s in equal parts a fascinating museum (a video of Bernard jerking away with his glazes is especially enlightening), an active workshop (where guest artists craft alongside permanent potters), gallery and shop, stocked with the studio’s neato standard ware.

4. Get stuck into a pasty at the St Ives Bakery 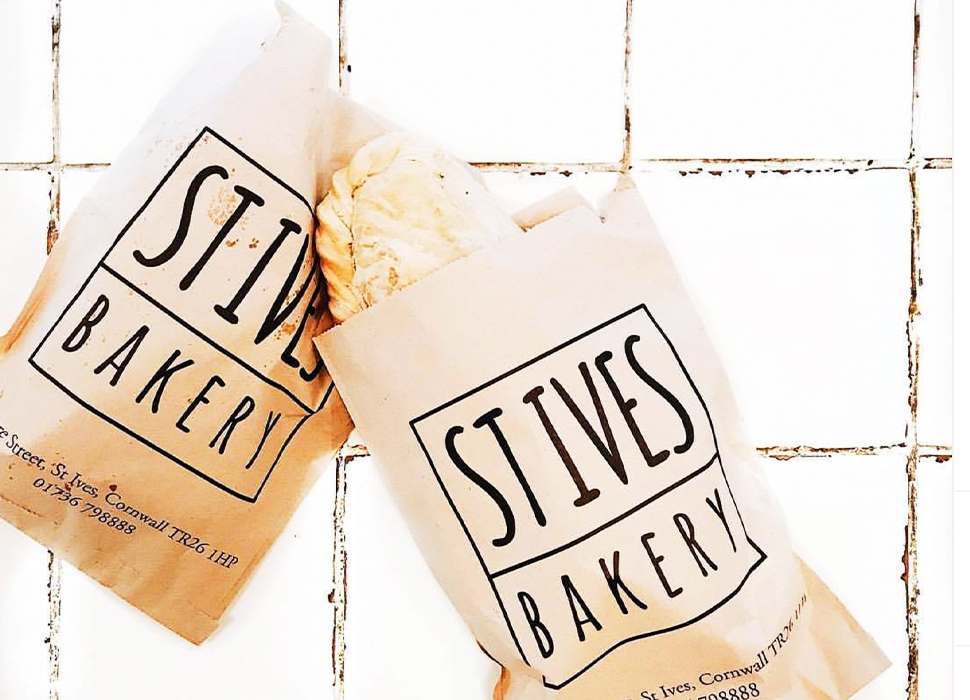 St Ives has more than its fair provision of decent pastie providers (step up Pengenna, The Cornish Bakery, Warren’s et al) but the vaguely-named St Ives Bakery on Fore Street might pip them all. Peer through the black-framed windows at the delectable piles of burnished baked goods, then dash inside to load up their stuffed pastries. Trad Cornish steak numbers come in shortcrust or flaky pastry, but the honking cheese and onion, and sacrilegious lamb and mint iterations come just as highly recommended. 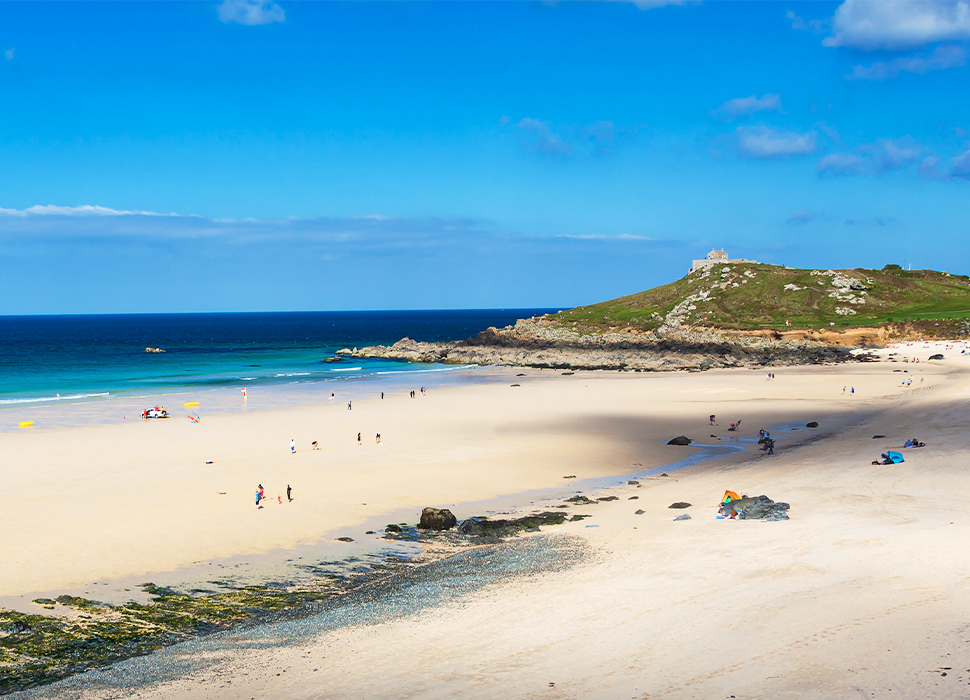 A long view of the Island from western Porthmeor / Image: 123rf

St Ives’ ‘island’ is nothing of the sort. Rather, it’s a grassy knoll on a peninsula, stretching out from the east of Porthmeor Beach and providing swooning views over the town to the craggy coastline beyond, and across St Ives Bay to the Godrevy Lighthouse, inspiration for Virginia Woolf’s To The Lighthouse. It’s topped by the Chapel of St Nicholas – home to a floor-tiled fishing scene designed by Bernard Leach – and is also a hotspot for migratory birds like Great Skuas, guillemots and puffins. So crack those binoculars and get spying.

6. Blow some cash at an independent shop 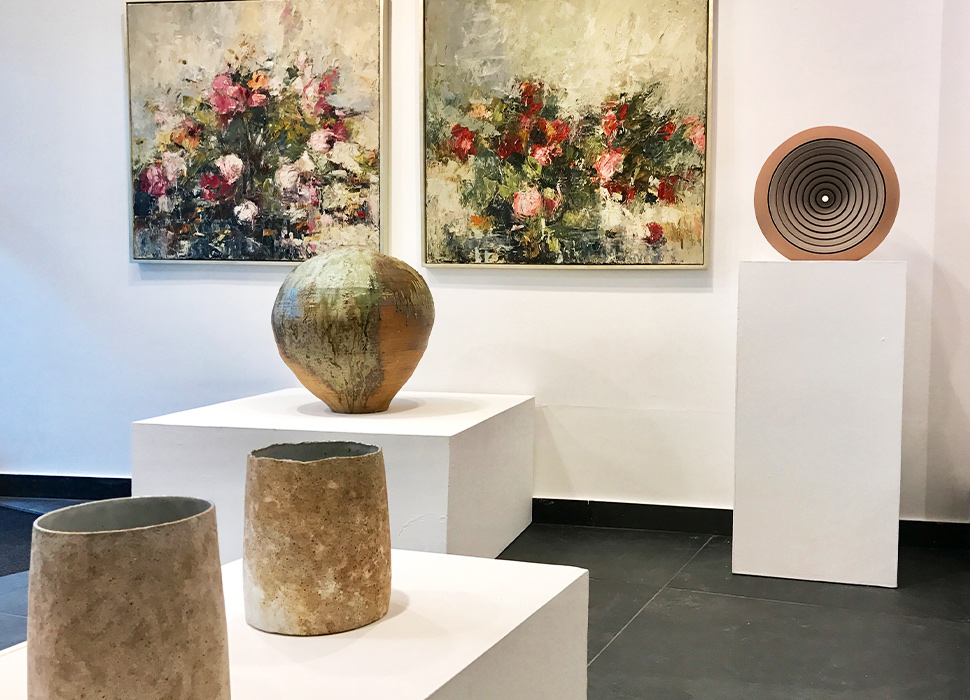 For such a compact and seasonal town, St Ives has an abundance of ace lifestyle and design stores to perambulate when you’re tired of the (tasteful) tat. Keen readers should make for the superlative independent St Ives Bookseller, while hip sartorial types of all genders will find much to love at Academy & Co (stocking Carhartt, Filson, Folk et al) and Common Wanderer (with a more coastal-chic and outdoorsy selection of Finisterre, Satta and Montbell threads). For craft, hit up John Beddings’s serene St Ives Ceramics or, for super spenny statement pieces, the Cornish offshoot of Mayfair's New Craftsman gallery. They're all around Fish and Fore Streets.

7. Set out on the coastal path 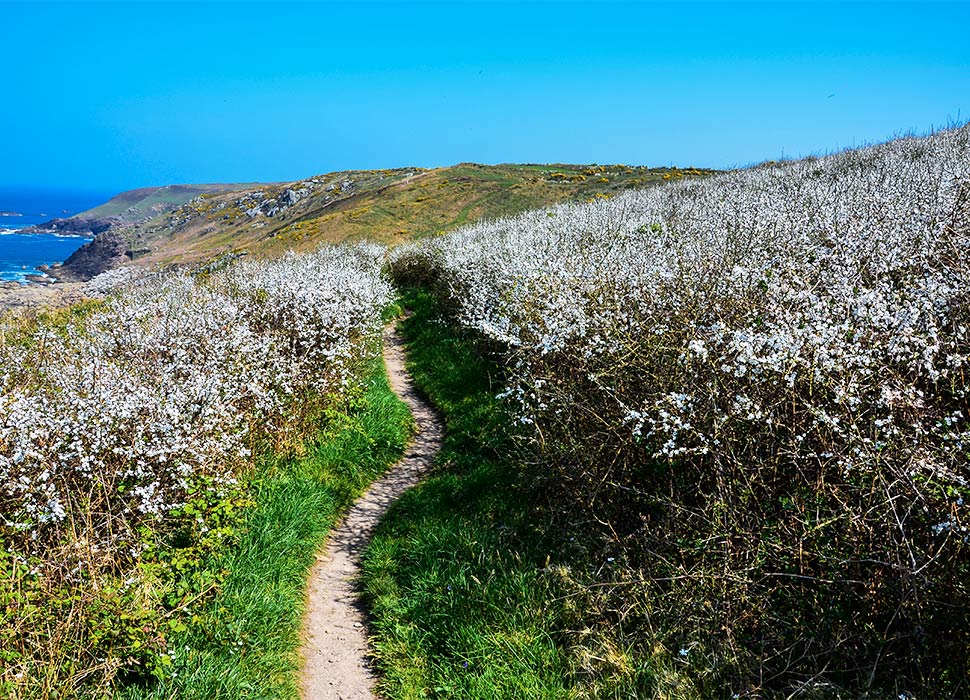 You’ll need sturdy boots and a head for heights, but the stretch of the Southwest Coastal Path from St Ives out to Zennor must be one of the most startlingly beautiful byways in the country. It takes about three hours one-way, with steep climbs, streams to leap over and sheer drops to peer down. End with a superlative ice cream at Zennor’s Moo Maid Café or, better stiff, a stiff drink and some of west Cornwall’s best food at the Gurnard’s Head a little further on (turn off just before the Old Jane ruin). Bonzer fact: Australian comedian Barry Humphries – aka Dame Edna – nearly perished falling down a ravine here.

8. Commune with the ancients at a neolithic site 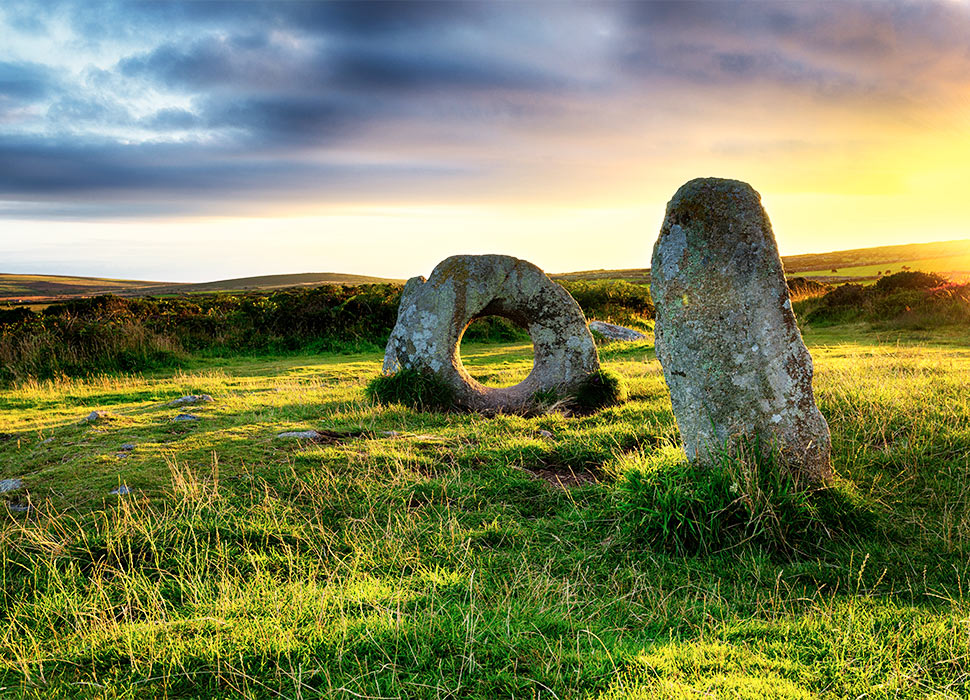 The west Cornish headland brims with magical neolithic menhirs, Bronze Age barrows, stone circles and other sites of mega(lithic) intrigue. Driving west out of St Ives on the B306, and then left before Morvah, will bring you close to a neat little collection of these mystic portals. There’s the inscribed stone of Men Scryfa. The fertility site of Mên-an-Tol, with a round, holed central stone. The burial chamber of Bosiliac, Lanyon Quit’s megalithic table dolmen, the Nine Maidens stone circle, and various others in the windswept vicinity. An OS map is your friend here. 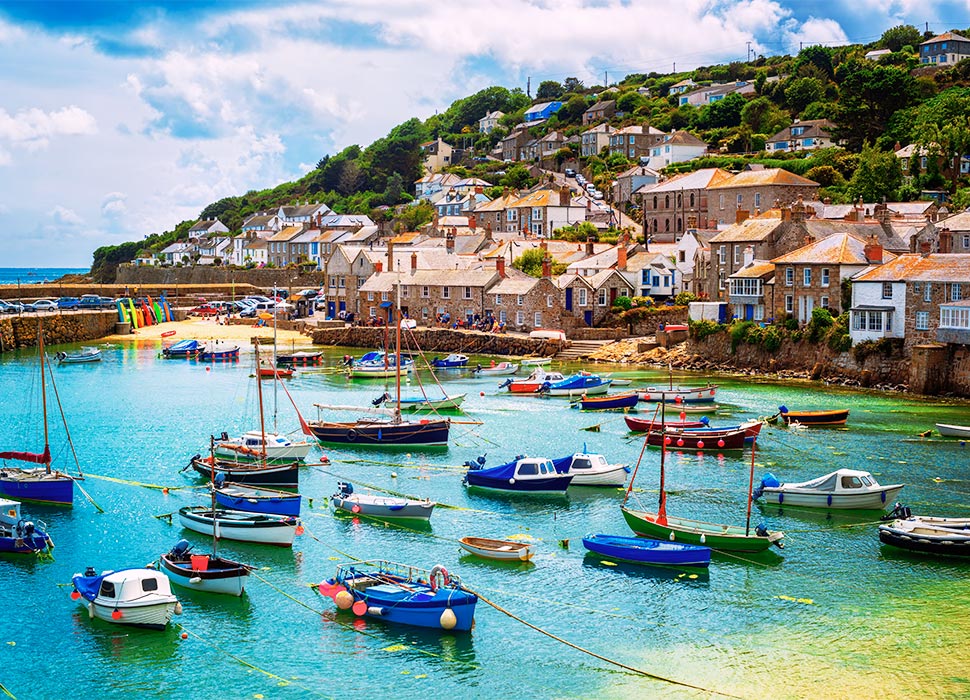 One of the benefits of St Ives’ location is its proximity to a host of other beatific Cornish beach towns and dinky ports. Heading south, past Penzance, and you’ll find the important fishing hub of Newlyn (home to some fine food options in the Tolcarne Inn and Mackerel Sky Seafood Bar), and then Mousehole, a labyrinthine little village with a picturesque harbour (also home to the Christmastime Tom Bawcock’s Eve festival, where the famous ‘Star Gazy’ mackerel pie originated). Traipse a little further round the headland to find Pedn Vounder, a rudely inaccessible (you’ll have to scramble), golden gem of a beach below Treen’s lovely minimalist campsite, with views out to the rickety Logan Rock.