The best places to eat in Cornwall

From farm-to-table pioneers to brilliant beachside seafood shacks, god-given gastropubs and perfect pasties, these are the best places to eat across Cornwall 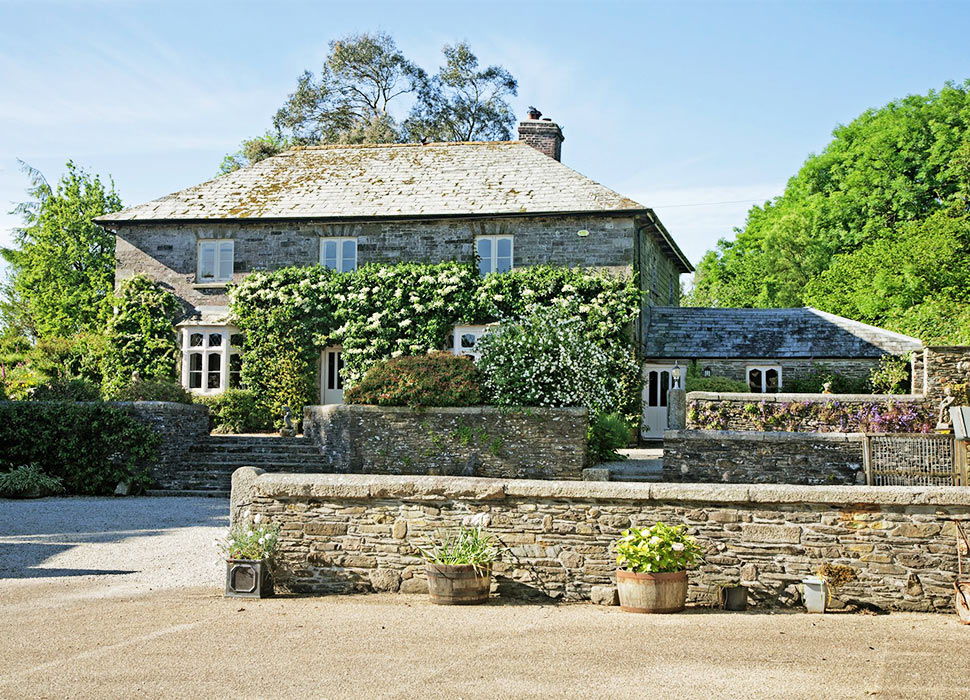 Prepare for the night of your gluttonous life at Coombeshead Farm / Image: Artur Tixiliski

Tom Adams’ and April Bloomfield’s idyllic estate near Launceston has become something of an archetype in pristine farm-to-table cooking. The menu here – a multi-course, surprise set that revolves around things the kitchen has grown, pickled, preserved and, in the case of its star Mangalitsa pigs, reared – is beatific enough, but a longer overnight stay is truly unbeatable. Wander the expansive meadows and woodland before descending to the farmhouse kitchen for cocktails and cured meats, then devouring that full seasonal smorgasbord in the restaurant proper without imagining you’ve descended to epicurean heaven. (You can’t.) The breakfasts are gobsmacking, too. 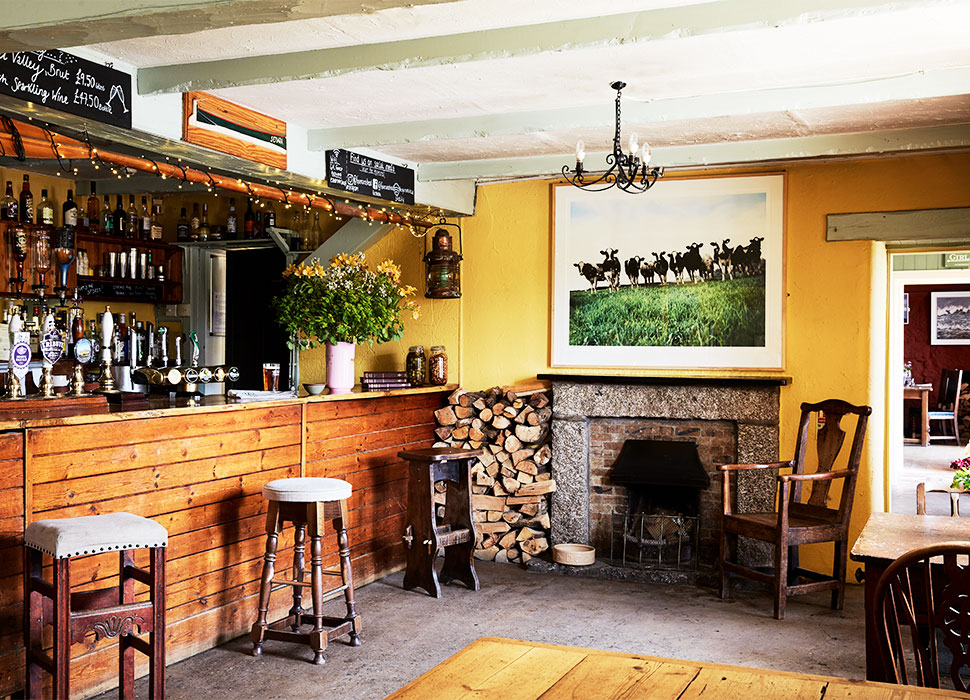 Looming wind-whipped from west Cornwall’s monolith-dotted moorland, the Gurnard’s Head is a great, golden beacon of a pub set close to the cliff path between Porthmeor and Zennor. Part of a micro-chain that also includes The Old Coastguard – across the Land’s End peninsula in Mousehole – it’s a dangerously cosy, wood-panelled bolthole. The daily menu of provenance-fuelled rustic modern European fare is faultless, bested only by the breakfasts that come with the comfortable rooms. If there’s a better use of a crab than rarebitted on sourdough, it’s yet to be found.

David Gingell and Jeremie Cometto-Lingenheim were already feted names in the London food scene – being the blokes behind Westerns Laundry, Primeur and Jolene – before they fled to Daphne du Maurier’s old stomping ground to open this delightful Shaker-styled spot. The coastal setting is exploited for the menu, which leans on sustainable local seafood – think cured monkfish, mussels escabeche, bone-in plaice with chicken sauce – as well as modish pastas and meat dishes, all washed down with a neat selection of natty wines. It’s shut in the winter, which rankles with anti-second-homers, but remains a highlight in an already lovely town. 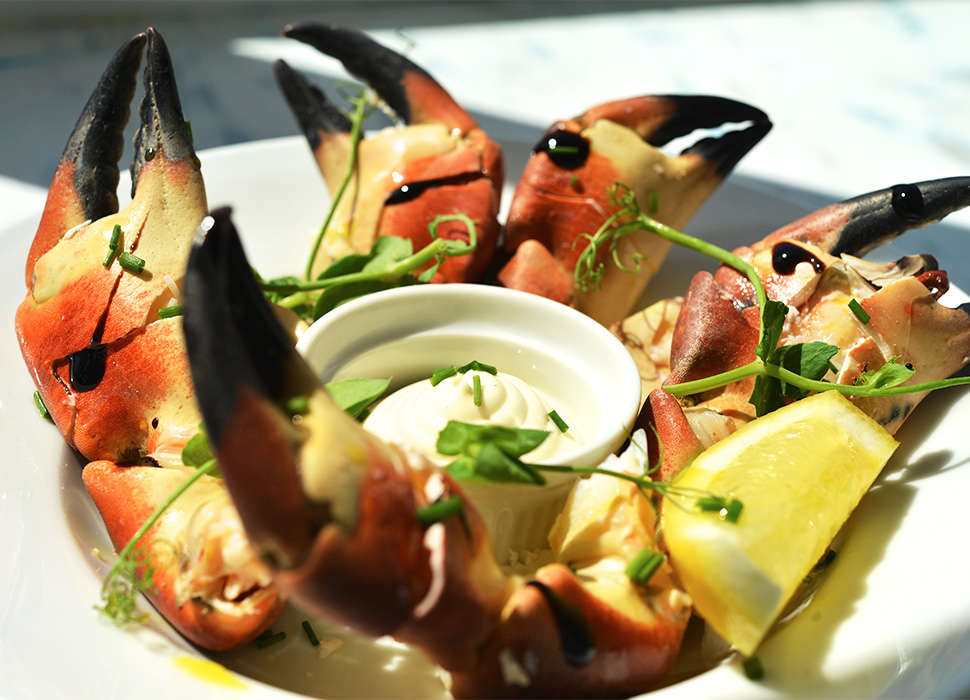 Most foodie visitors to Newlyn make straight for Ben Tunnicliffe’s ace Tolcarne Inn on the harbourfront – but this unprepossessing and breezy little seafood bar, set back from the sea, is just as alluring. The tapas-sized plates are pitch-perfect: park yourself on a clattery alfresco table and smother yourself in crab nachos, mussels mariniere, Catalan cod stews, salt and pepper squid and other fresh plates of that ilk. What’s more, the service is as effervescent as the food. 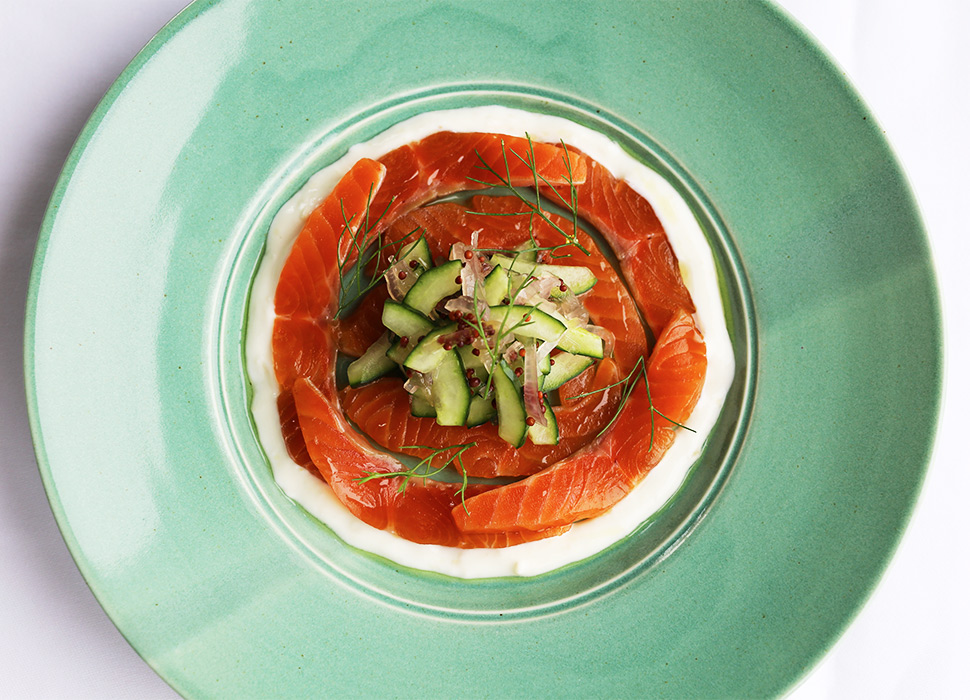 Cornwall is possessed of several top-tier celeb chefs – and Nathan Outlaw might be the best regarded of the lot. His Michelin-starred flagship, sat on the hill above Port Isaac on the road to Port Gaverne, is a magnet for seafood stans. You’ll pay for the pleasure – a wallet-dusting £80 per head for the set menu – but any financial anxiety will soon wisp away when you’re wolfing things like local St Enodoc asparagus with crab sauce, Port Isaac lobster tart or John Dory with shellfish bisque. He’s also got the slightly more affordable, bistro-style Fish Kitchen down in Port Isaac itself. 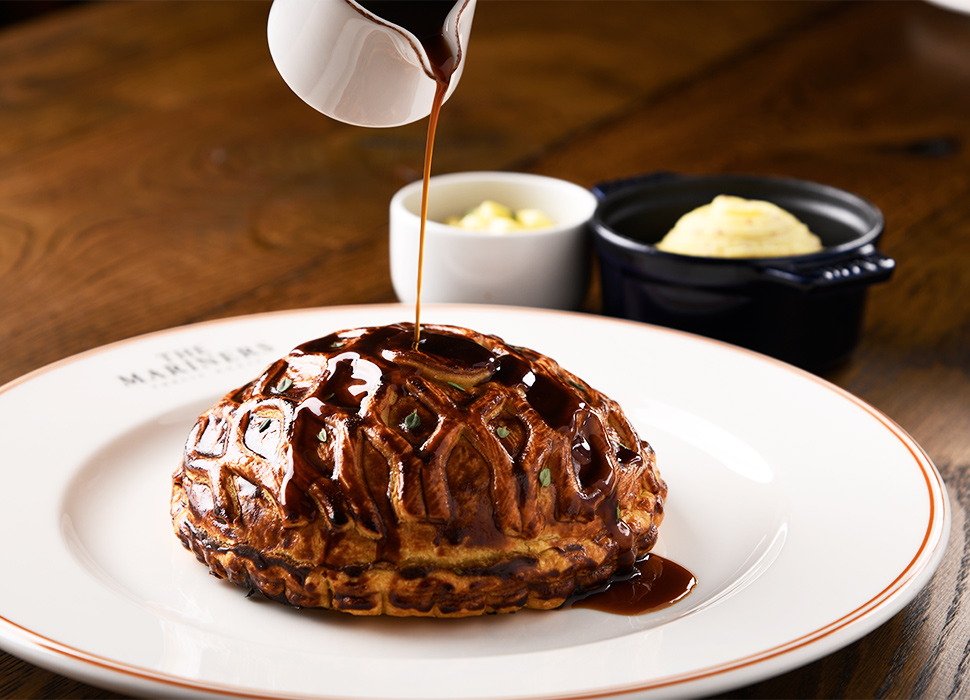 Padstow’s food scene has long been defined by benign fish fancier Rick Stein – but Gordon Ramsay alumni Paul Ainsworth is threatening that title. Paul Ainsworth at No 6 is is his Padstow flagship, although perhaps more frenziedly popular is the Mariners – a Michelin-approved waterside gastropub a few minutes by boat across the Camel Estuary, in the delightfully dinky village of Rock. Here, they knock out reassuringly un-finicky, zhuzhed pub fare of the seaweed ragu cottage pie / pollock hotdog / marmalade-glazed sausages vein. Booking’s a no-brainer; walk-in tables are absolute gold dust in the summer. 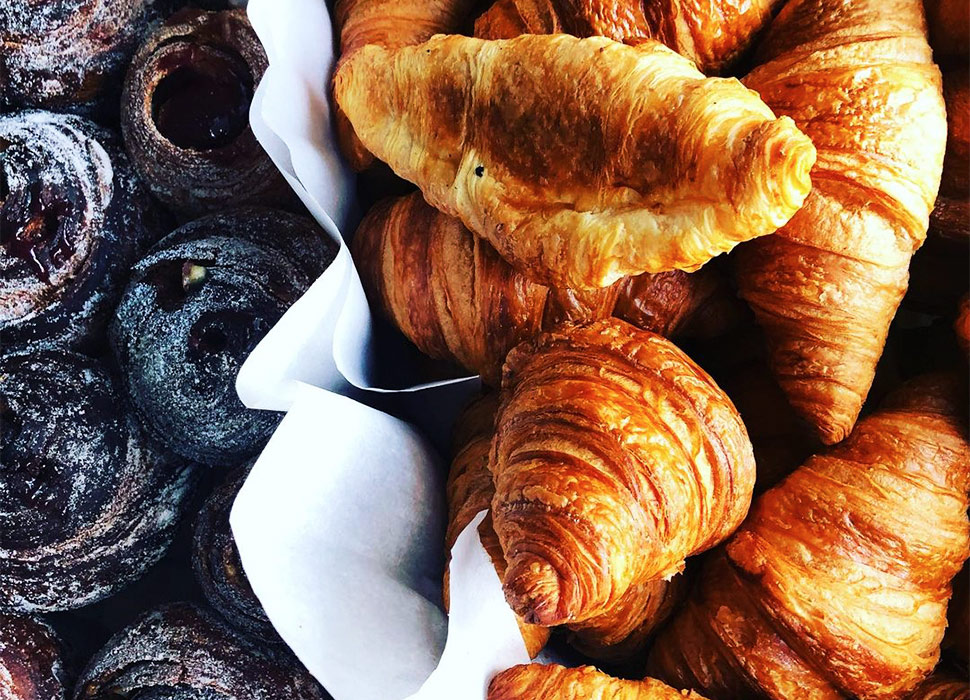 Pasties abound in the pretty, bustling town of St Ives – but they don’t come better than those at the exactly named St Ives Bakery on Fore Street. It’s a hip spot, with moody windows full of burnished titbits from the oven and a mid-length roster of classic filled pastries. All the standards are present, from classic Cornish beef and onion through wholemeal vegan (with nothing more outré than lamb and mint) but these are rich, gently caramelised, apex examples of the form.

8. The Star and Garter, Falmouth 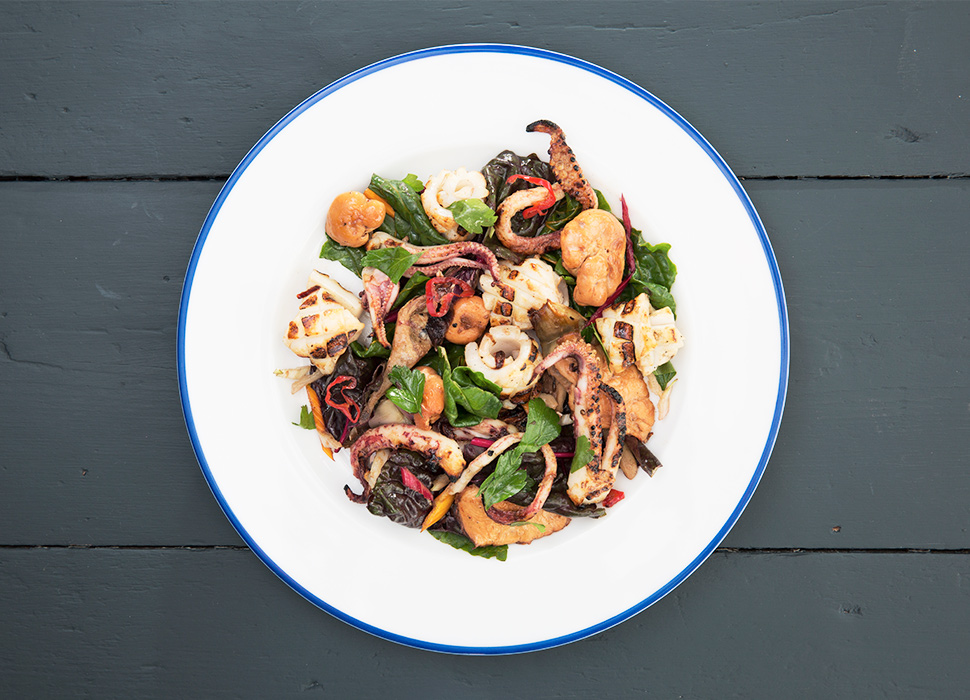 Cuttlefish at The Star and Garter

When chef Elliott Thompson took on Falmouth’s storied Star & Garter boozer in 2015, he made it his aim to create a top-drawer eatery doing simple, Mediterranean-style food with a nose-to-tail philosophy. Half a decade later, his restaurant is routinely reeled off as Falmouth’s best. Hunker down by the fire in the austerely handsome dining room, peer wistfully out at the boats pootling around the estuary and fill your maw with meticulously conceived dishes like crispy cauliflower with Davidstow rarebit, chargrilled hake with hash brown, leek and mussels, or a clementine sherbert ice cream doused in pedro ximinez. 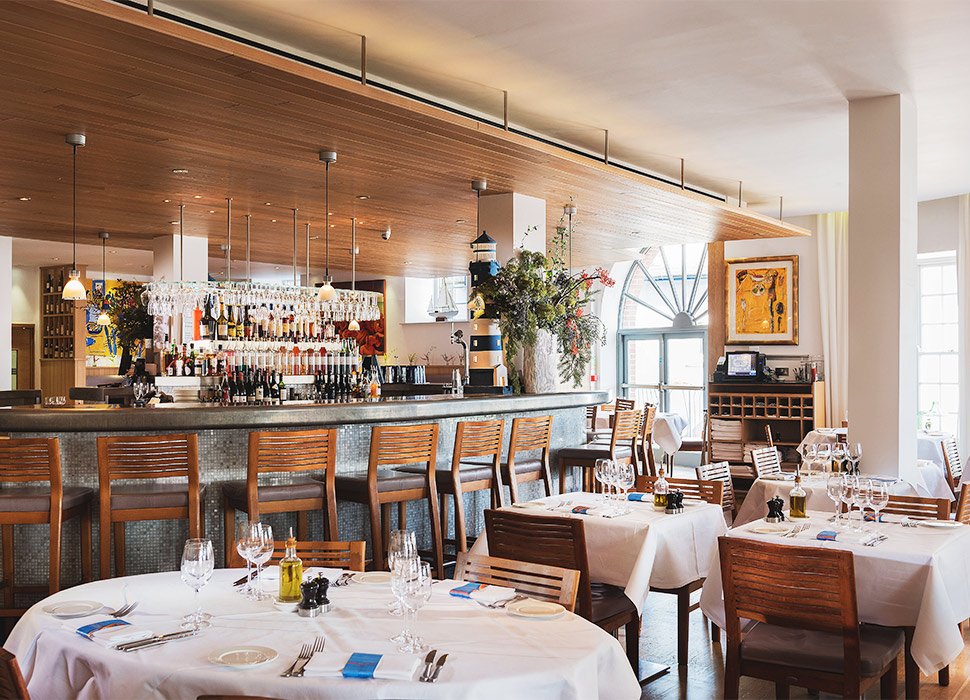 Rick Stein's classic joint has been going for over 45 years / Image: James Ram

You can’t talk about Cornish restaurants without mentioning Rick Stein. The eternally pleasant itinerant TV chef has long made the north-coast port of Padstow the epicentre of his edible empire, and the Seafood Restaurant is its ground zero. First opened in 1975, it’s become a byword for destination seafood, a remit summed up in nothing better than the restaurant’s shirt-ruining Singapore chilli crab. A dyed-in-the-wool classic.

Blessed with a Michelin Bib Gourmand – the more informal and interesting alternative to a Michelin star – and placed in Estrella’s definitive Top 50 Gastropubs list, chef Emily Scott’s delightful restaurant/inn is a Farrow & Ball fever dream to the west of Bodmin Moor. The set-up? The best local produce, cooked brilliantly with sensitivity to the changing seasons and sloshed down with any number of glasses from the carefully curated wine list – including a malbec blend dubbed {E+M}2 made by Emily herself. Chin chin. 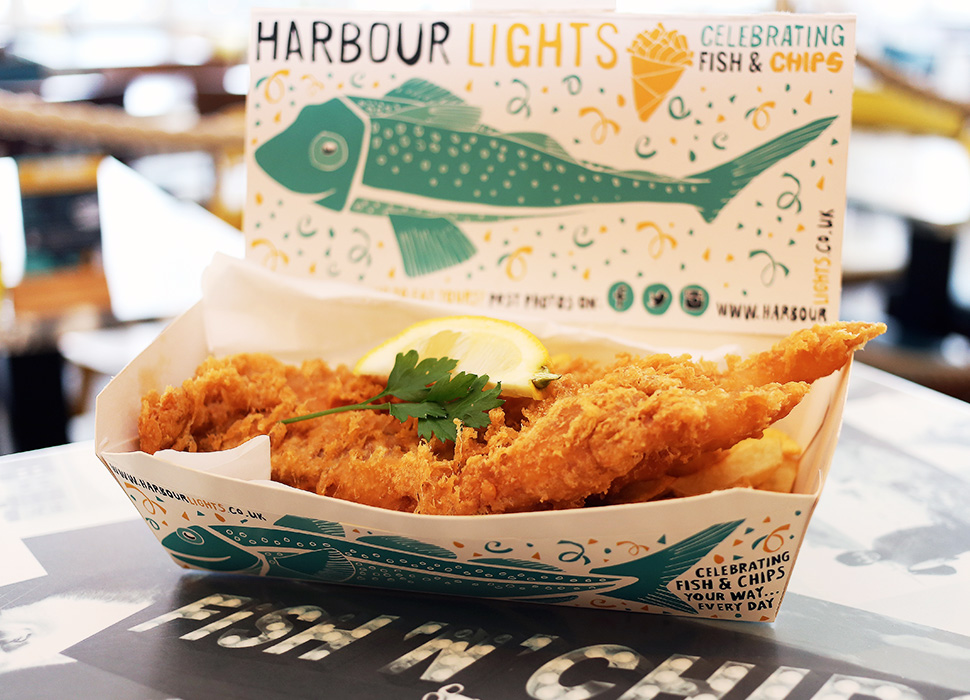 Pete and Sue Fraser’s harbourside restaurant is generally regarded as the best chippie in Falmouth – which, by extension, makes it one of the best in Cornwall, and thus the south of England. What little they do, they do exceedingly well. Ethically caught, MSC-certified cod, haddock or plaice; vinegar-evaporating chips; your standard mushy sundries and sauces and a bottle of Tribute to knock it all back with. Sure, they do other bits – burgers, Pukka pies, grilled day fish from Newlyn – but there’s no point resisting the classics. 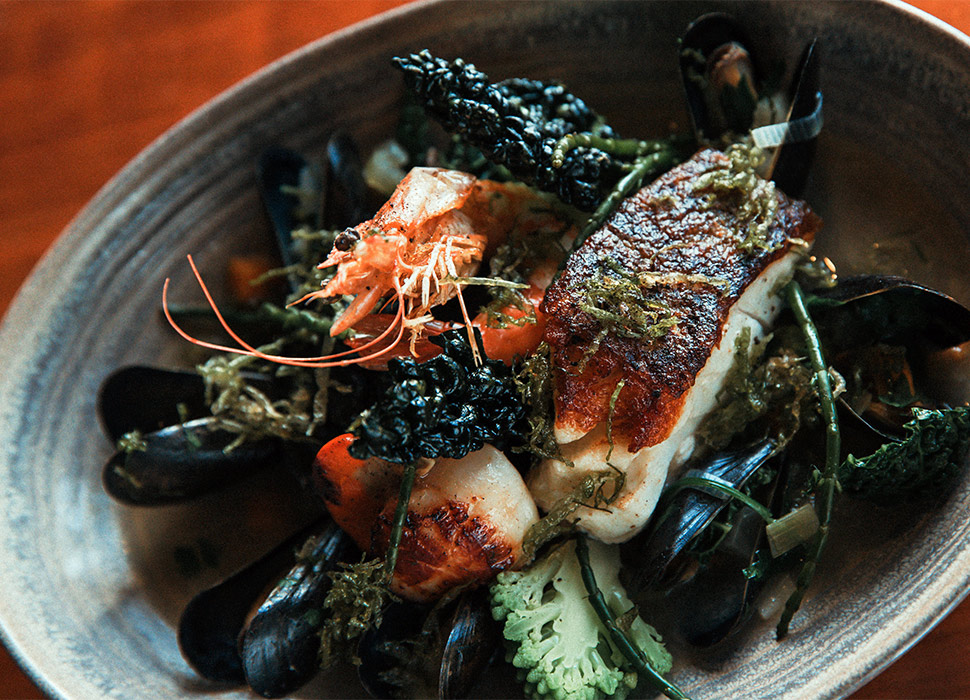 Cornwall isn’t exactly brimming with acclaimed pan-Asian/Kiwi restaurants, so finding one as good as Kota – which means ‘shellfish’ in Maori, and is situated in charming Porthleven, on the upper west coast of the Lizard Peninsula – is a truly rare delight. Dishes like oysters with cucumber and rice wine granita, spring onion and smoked ponzu dressing, or the ‘spring rockpool’ of fried hake with crab raviolo, local mussels, tiger prawn, dashi and seaweed have earned it three AA Rosettes, six years of Michelin Bib Gourmands and chef Jude Kereama an appearance on Great British Menu (and if you’re not on that in 2021, who even are you?).

13. Prawn on the Lawn, Padstow 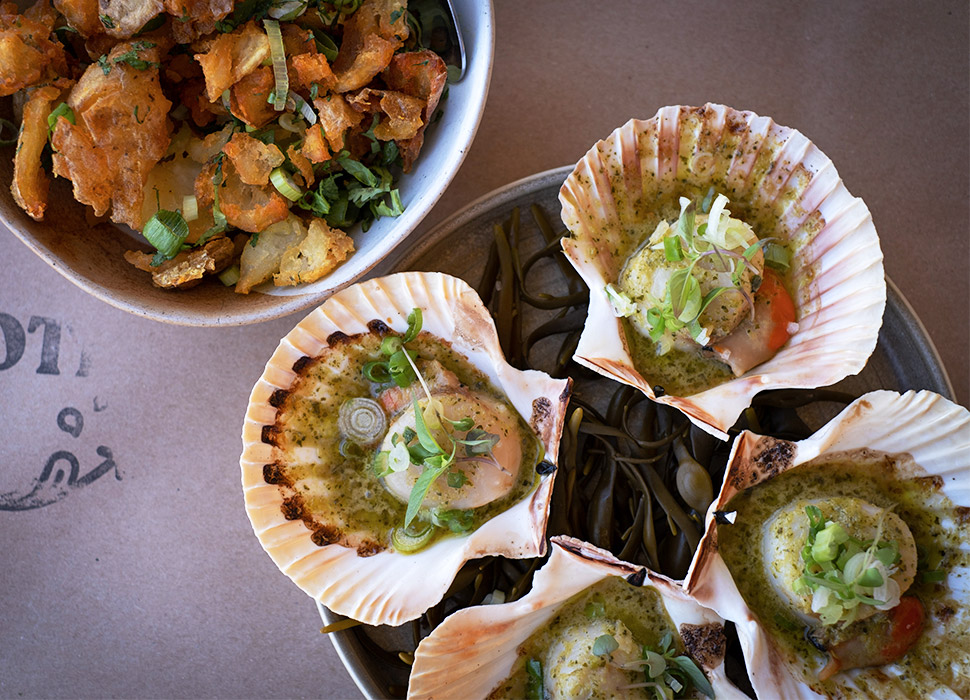 POTL first opened in decidedly non-coastal north London in 2015 before a seaside outpost was launched in Padstow two years later. Now it’s one of the town’s hottest tickets, slinging out frequently (sometimes hourly) changing small plates depending on what the local fisherman have just wrenched from the deep. The menu is a exercise in just-bring-it-all deliciousness, from sweet and sour crispy chilli monkfish or lemon sole with ‘nduja and tarragon to whole Padstow lobsters or deep-fried oysters with garlic crème fraîche and far more besides. Tables are suitably tricky to get hold of, but do try. 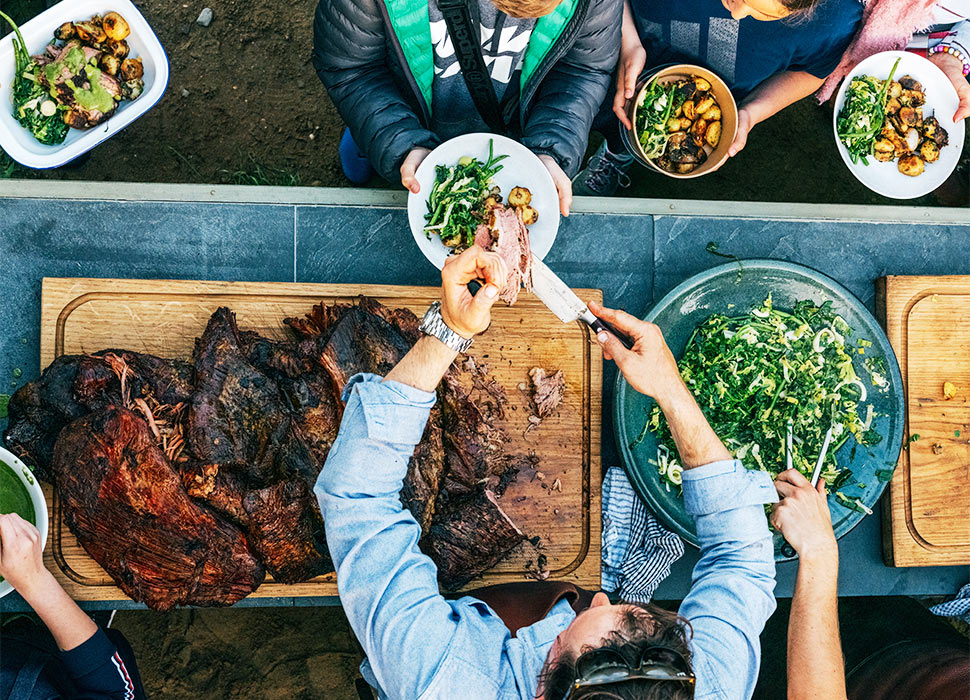 Hidden no longer – sighing broadsheet reviews and a dedicated cookbook lose that privilege – this secluded seafood shack on Porthcurnick Beach has seasonal openings, no indoor tables and no parking, but it remains one of Cornwall’s most beloved foodie haunts. Turn up for lunch and you can expect flapping-fresh fish simply grilled (there’s no fryer here), steak pasties, beach salads, dhals and seasonal dips; ad-hoc summer feast evenings offer more substantial, communal barbecue vibes (with a keen BYOD and cutlery policy). 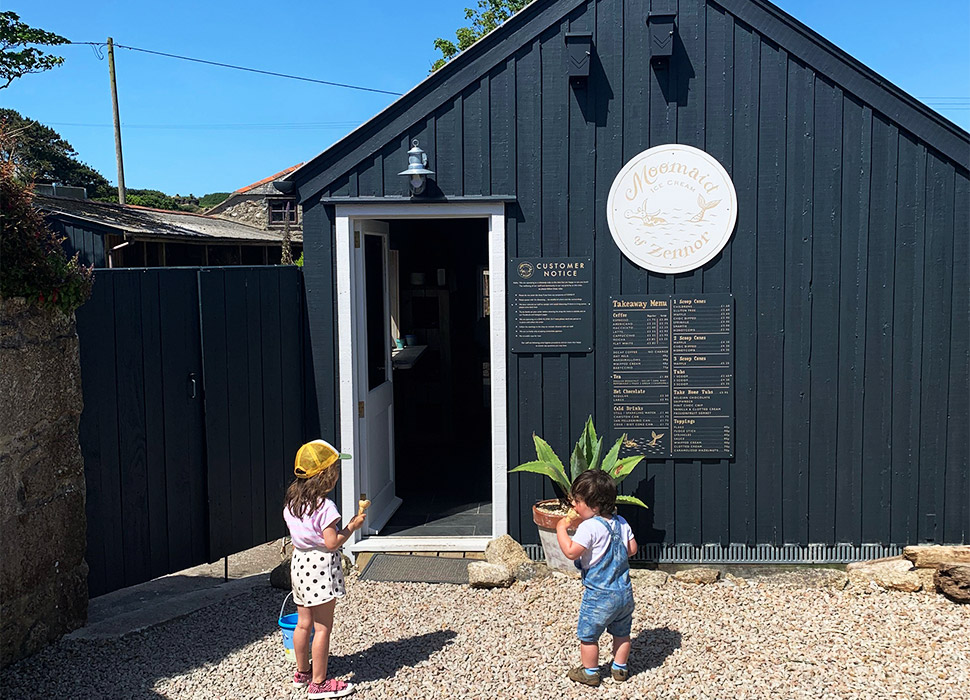 Stuck out west of St Ives – just south of the gob-smackingly pretty, mine-dotted coastal path – Zennor is a dinky village with a massive sell in this swooning little spot. The dhal soups, coffees and toasties are grand, but you come here for the ridiculously decent ice cream, feted as the best in Cornwall by those in the know (which is almost everyone). Our money’s on the ‘shipwreck’ (sea salt, dulce de leche and honeycomb) and blackberry fro-yo flavours, but they’re all brill – and even better wolfed in full view of the dairy cows whence they came.