Which Cornwall town should I visit?

Each town on England's southwestern tip offers something different, from trendy St Ives and lively Newquay to photogenic fishing hub Port Isaac. So, which one will float your boat? Read our guide to find your ideal Cornish escape

The party one: Newquay 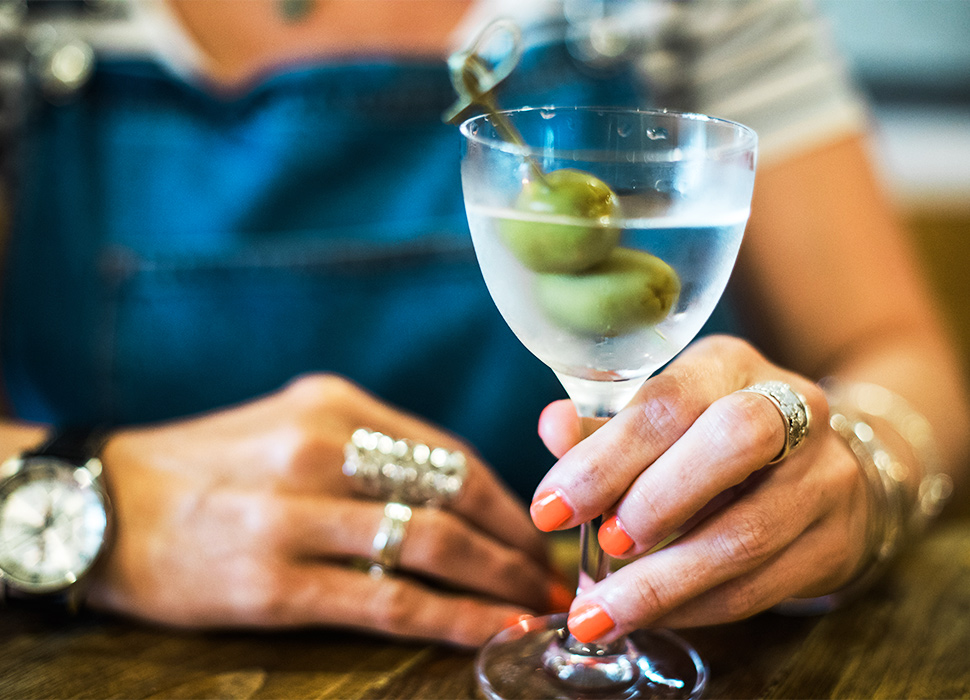 Why: Newquay is, no doubt, the centre of the UK’s surf scene, where you'll find epic Atlantic beaches with reliable, year-round swell like Fistral and Watergate Bay (and, for those in the know, the way-less-busy Porth Joke). It's also home to Cornwall’s most happening nightlife, with everything from classy cocktail speakeasy Tom Thumb to live music and natural wine hub Whiskers and chill sunset spot Fistral Beach Bar.

The up-and-coming one: Penzance 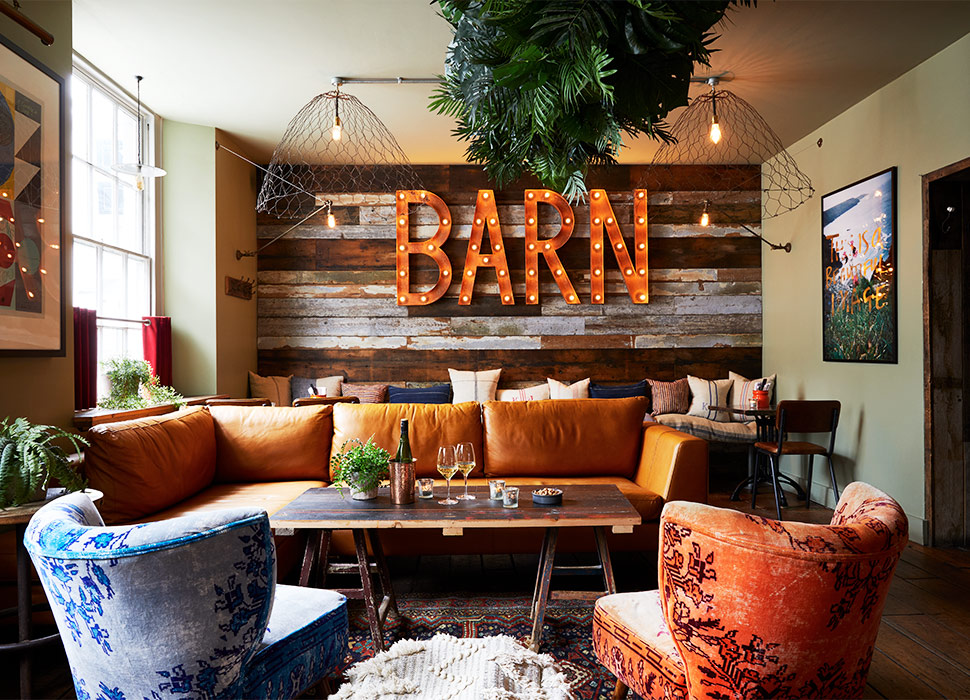 What: The end-of-the-line Cornish town is finally getting its due

Why: If some locals would once smirk at the thought of a trendy Penzance, well, no longer. With boutique hotels like Artist Residence and Chapel House; restaurants such as Shore and, in walkable-near Newlyn, The Tolcarne Inn; as well as hip boutiques like No 56 and new galleries such as The Exchange, this long-unsung Cornish town is finally on the up.

Must do: There’s so much to do – take a swim at open-air, Art Deco-era lido Jubilee Pool, wander the delightful Tremenheere Sculpture Gardens, stand-up paddle-board to St Michael's Mount, or just chill at beautiful Marazion Beach.

The beachy one: St Ives 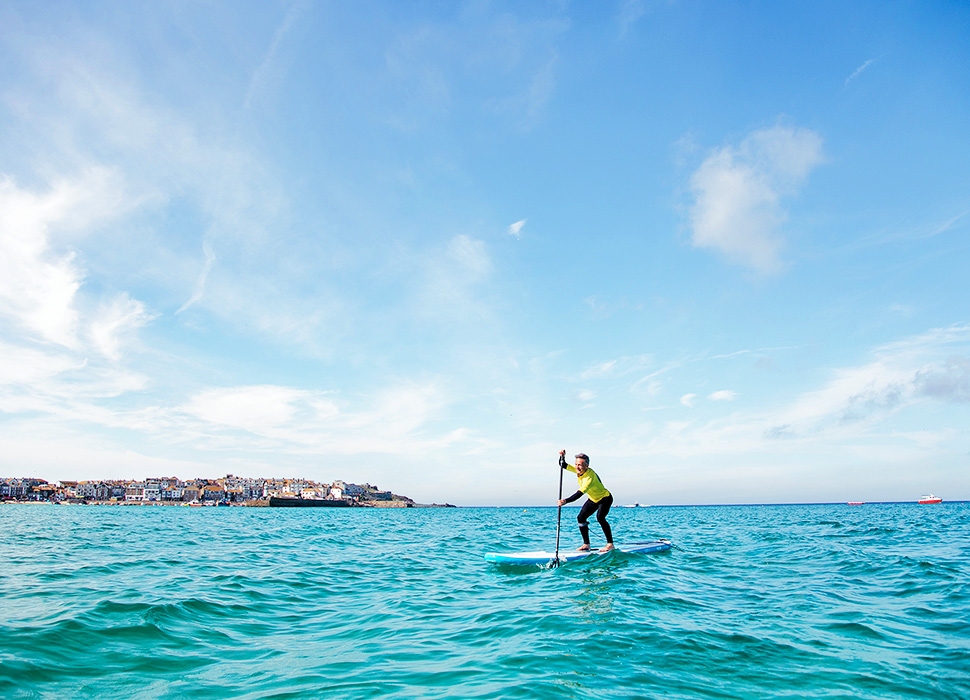 What: The artsy fishing town with it all

Why: Sure, it’s popular (and, be warned, really popular in peak summer) but for good reason – St Ives pretty much has everything. With no less than six handsome beaches (including the fully lifeguarded, surfing-friendly Porthmeor), seriously good seafood restaurants like Porthminster Beach Café, and a roster of cultural goings-on at Tate St Ives, no one could call St Ives sleepy.

The fishy one: Padstow 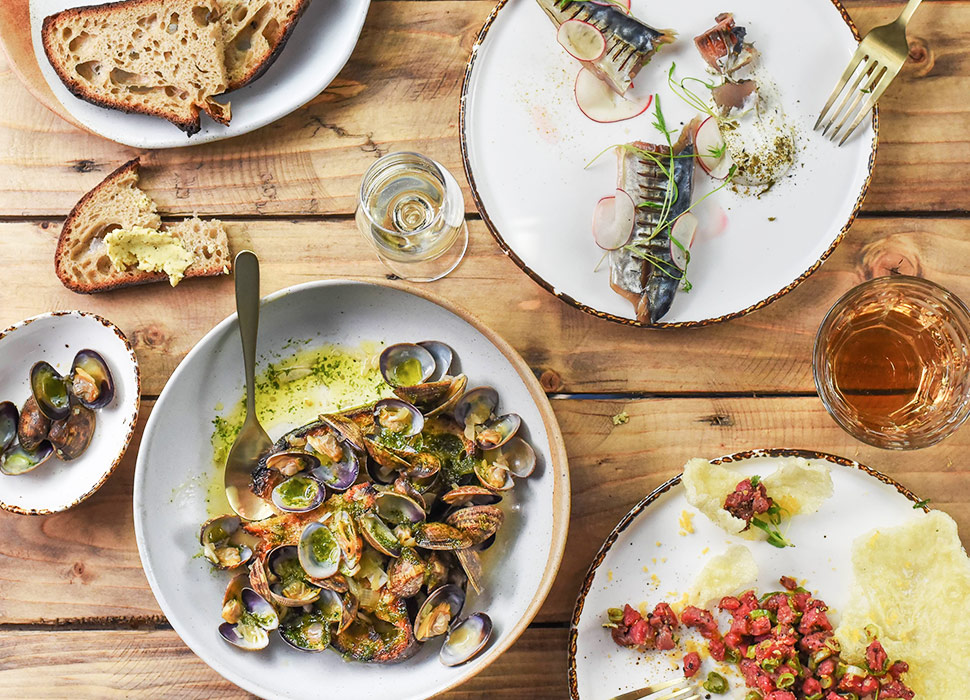 Taste the fruits of the sea at Barnaby’s / Image: Barnaby’s

What: One of Cornwall’s best eating-out towns

Why: A 20-minute drive from Newquay Airport, pretty Padstow still ranks as the Cornish port town par excellence for stepped-up seafood. While chef Rick Stein can take some cred for that, he’s by no means the only player in town. These days, top tables include Prawn on the Lawn for its sublime lobster and fairly priced wine list, or there’s Paul Ainsworth at No 6 and the excellent Barnaby’s. Real Stein heads can also dine at his deservedly popular Seafood Restaurant.

Must do: Padstow isn't just restaurants, of course – hire a bike and do the stunning, 17-mile riverside Camel Trail that follows the River Camel from Padstow and winds up in Poley's Bridge, close to Bodmin Moor.

The as-seen-on-TV one: Port Isaac 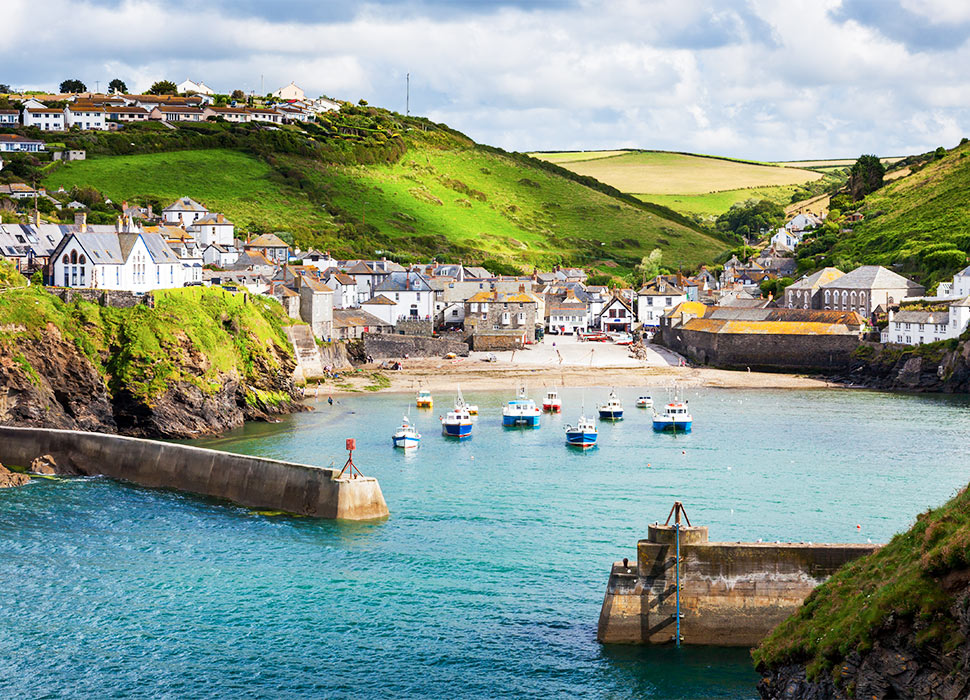 This fishing town has turned into a TV heartthrob / Image: Adobe Stock

What: A tiny fishing town with telegenic looks

Why: Tiny Port Isaac on Cornwall’s north coast has been used in more TV and films than anywhere else in Cornwall. And it’s not hard to see why: classic Cornish cottages and a petite fishing port are neatly set within a wild, green valley that has an off-grid vibe. But, make no mistake, it’s no secret – fans of shows like Doc Martin are legion in summer, but it's mercifully not as crazy as peak-season Padstow or St Ives.

Must do: It's not just the small screen bringing the shine to Port Isaac – with a front-row view of the Atlantic, chef Nathan Outlaw’s clifftop eatery Outlaw's New Road is the only fish restaurant in the UK to hold two Michelin stars. Its previous incarnation was also awarded Britain’s Best Restaurant by The Good Food Guide in 2018 and 2019. So book ahead, obviously.

The away-from-it-all one: Fowey 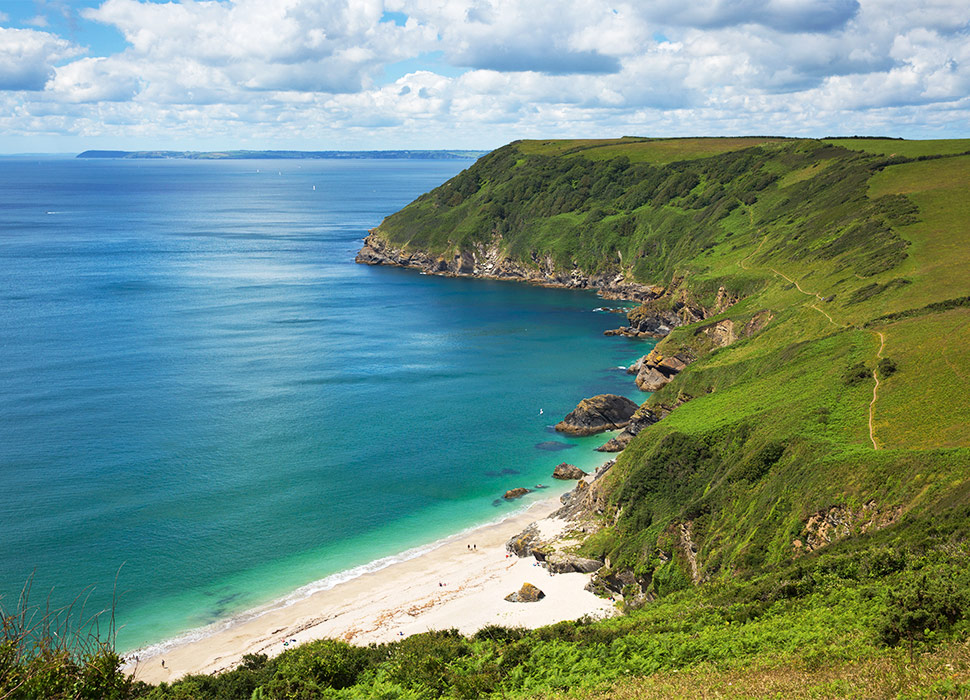 What: The “St Ives of the South Coast”

Why: Fowey – pronounced “foy” – doesn’t get anywhere near the attention of its northerly siblings like St Ives, but we’re not complaining. The lower foot traffic means that, even in summer, there isn’t quite the competition for space – but, even so, there’s a pleasing vibe on the pretty harbour, plus some very cool restaurants like Appleton’s and Fitzroy. And hikes? Oh yes. From Fowey, take the beautiful Hall Walk, a four-mile circular that takes in the cute villages of Polruan and Bodinnick.

Must do: Take the foot ferry to just-as-pretty but usually not-as-busy Polruan that faces Fowey from across the estuary. Or hit the beach – not far from Fowey is Lantic Bay, widely considered to be one of the most beautiful beaches in Cornwall, reachable on foot via the South West Coast Path from Polruan.

The hipster one: Falmouth 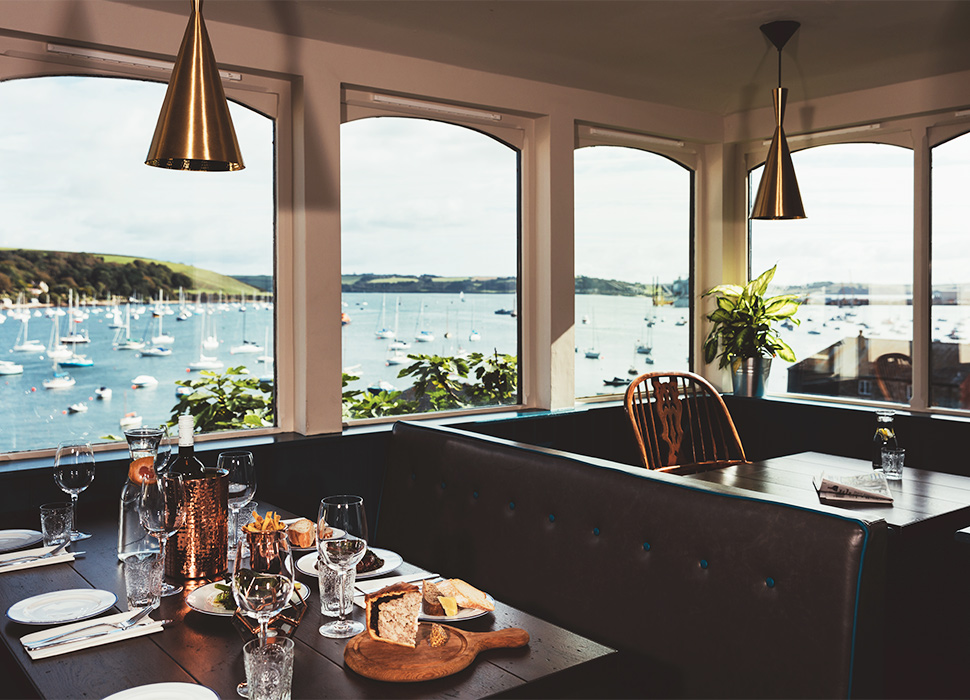 The Star and Garter

Why: The prestigious Falmouth School of Art keeps this south-westerly town steadily replenished with discerning creative types, which means it’s never short of cool, interesting venues (that, unlike much of Cornwall, don't rely on a seasonal crowd): think vibey record store Jam, natural wine and live music palace The Chintz Symposium, or restaurant-cum-ale house The Star and Garter or equally buzzed-about crab-oyster bar The Wheelhouse. The list goes on and on.

Must do: Falmouth has two beaches within walking distance of the town, but the better of the two is Gyllyngvase, a large, fine-sand bay with calm, clear water that’s one of only eight Blue Flag beaches in Cornwall. Then head back to town for a tipple at retro-fab gin palace Dolly’s Tea Room.

The top 10 easyJet destinations for summer 2021