We sat by the fires, plumped up the cushions and patted all the dogs to find Britain’s cosiest corners. Get comfortable with our pick of the snuggest spots

As one of the strangest summers any of us can remember makes way for the chillier months, are we downhearted? Not a bit of it. Autumn is the perfect excuse to nuzzle up in a well-chosen nook and get toasty with your nearest and dearest.

To celebrate the season of snuggling we scoured the land for the cosiest spots in Britain to keep out the chill – and here’s our run down of the UK’s very warmest welcomes. 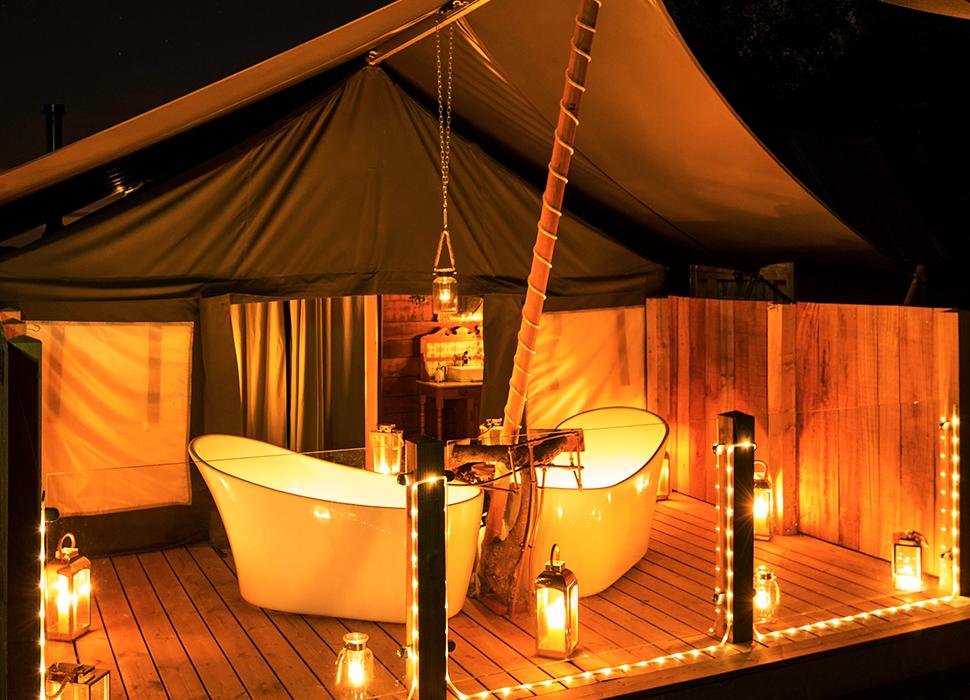 In a secret woodland somewhere in Rutland – the UK’s smallest county, trivia fans – one outward-looking firm is showing that you can be super cosy even under canvas. The saucily named A Little Bit of Rough comprises a cluster of four high-end glamping lodges that will challenge everything you thought you knew about camping. In the daytime guests are encouraged to race boats on the lake and build dens in the undergrowth – but in reality the free-standing baths (with sunset views), private pizza ovens and thick blankets will leave you more enamoured with the great indoors. 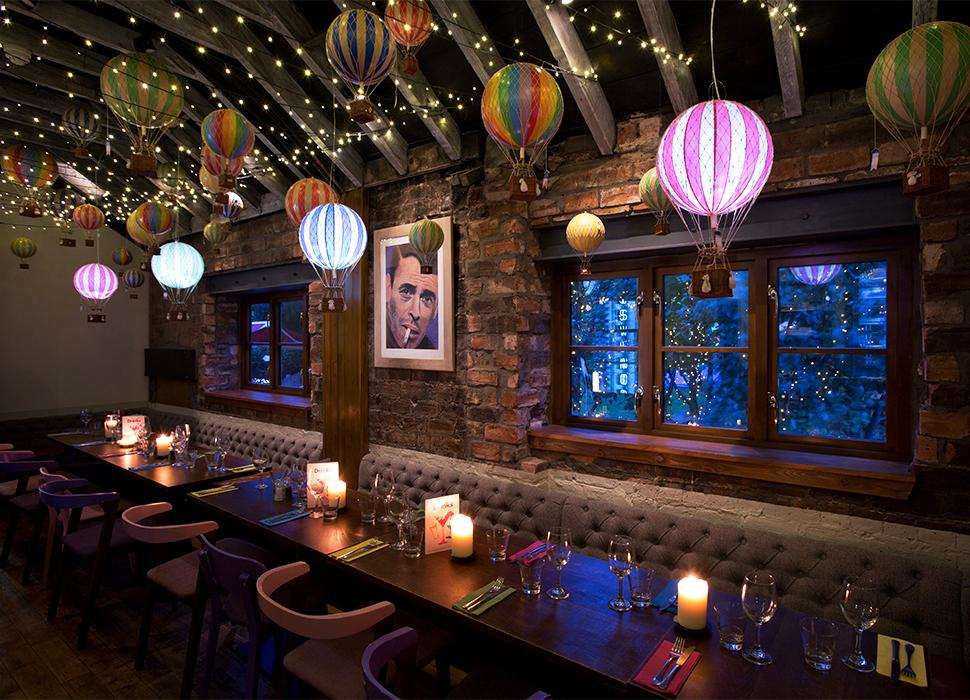 Brel in Glasgow’s West End is quite possibly the cosiest, friendliest restaurant you’ll ever stuff your face in. Indoors, park yourself on a swish padded banquette under hot air balloon lights, then work your way through a ludicrous number – something like 60 – craft brews from around the world, accompanied by a juicy burger, on-trend fish tacos or a steaming bowl of Scottish mussels. Outside on the heated patio is where the real party happens, though. Scootch as near as possible to the fire pit where staff will furnish you with everything you need to make s’mores – gooey Graham cracker, marshmallow and chocolate confections that will make you feel like a kid again. 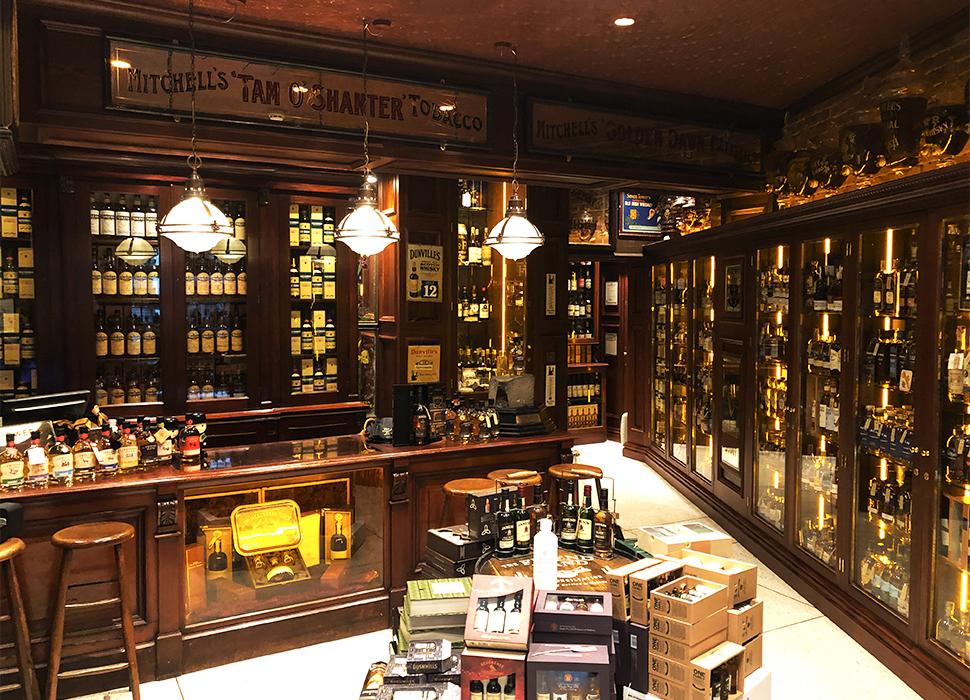 The cockle-warming interior of the Friend at Hand, Belfast

Is there anything more cockle-warming than a dram of the good stuff? We don't think any Belfaster would disagree – the city's so mad for whisky, they've set up a museum to honour the city's favourite fermented grain. The Friend at Hand charts Belfast's whisky-distilling history in its small display and sells over 200 varieties, including the biggest collection of Irish whiskies available anywhere. Gather your five best drinking buddies for a private tasting, or just pull up a stool at the mahogany bar and ask nicely for a nip of Jameson – the friendly shop-keeps will always oblige.

Check out our list of the best terraces for cosy winter drinks. 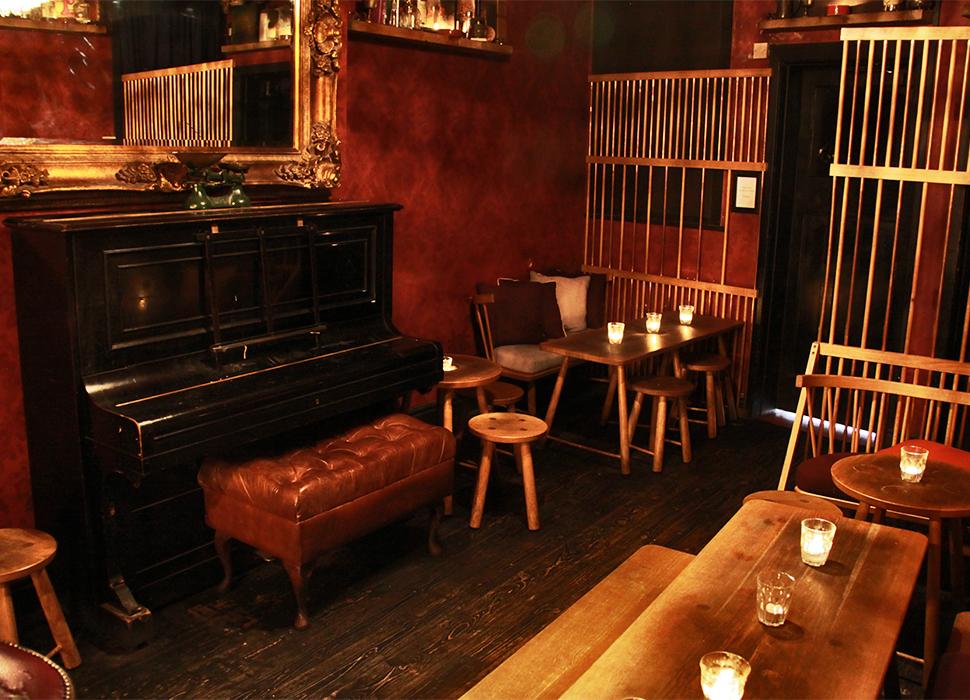 Secret sipping is the name of the game at Berry & Rye / Image: Colin Finn

What could be cosier than a surreptitious sup behind closed doors? Liverpool’s Berry & Rye is a tucked-away, old-school speakeasy – think dim lighting, cool jazz and easy-on-the-eye staff slinging classic, oh-so-potent cocktails. The menus are tucked naughtily into the pages of old novels, and even the entrance is hidden behind a nondescript black door – although if you keep your eyes peeled for the queue you shouldn’t find it too taxing to track down. Settle into one of their upholstered booths with an aromatic Old Fashioned and let the Prohibition vibes work their magic. 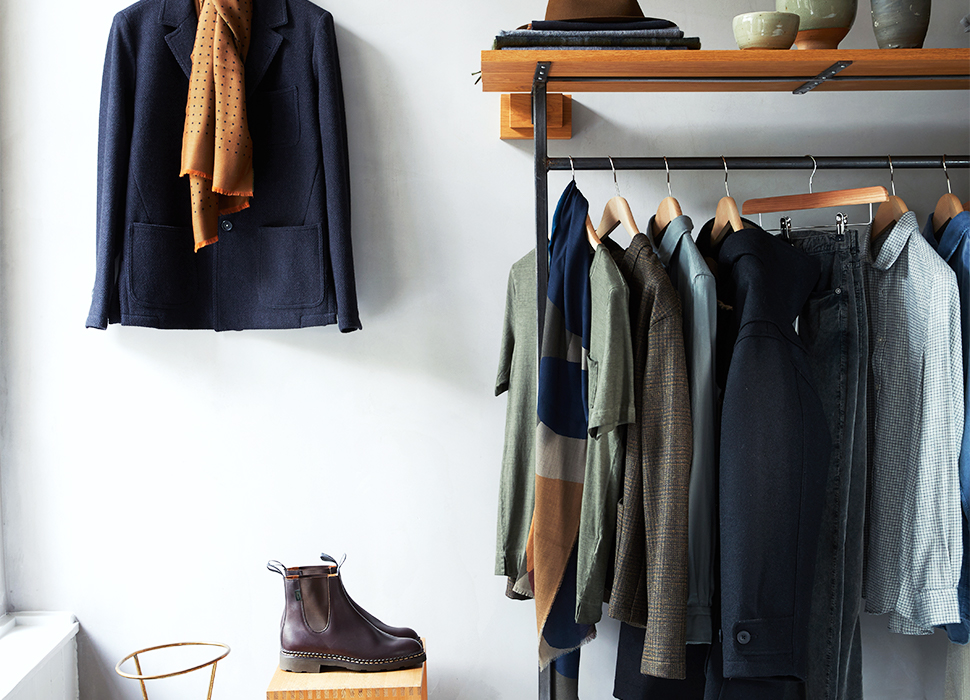 Stepping through the door of Dick’s feels like walking into a warm hug. As well as tastefully chosen homewares, this shop in the genteel neighbourhood of Stockbridge has one of the best collections of menswear and womenswear in the country, focusing on fine Scottish knitwear from artisan makers. Try on a toasty cashmere and merino jumper by Harley of Peterhead, or an extra-comfy Fair Isle pullover by Jamieson’s of Shetland, and you’ll never want to take them off. Throw in a Begg & Co tartan scarf and you’ll get through even the coldest Scottish winter. 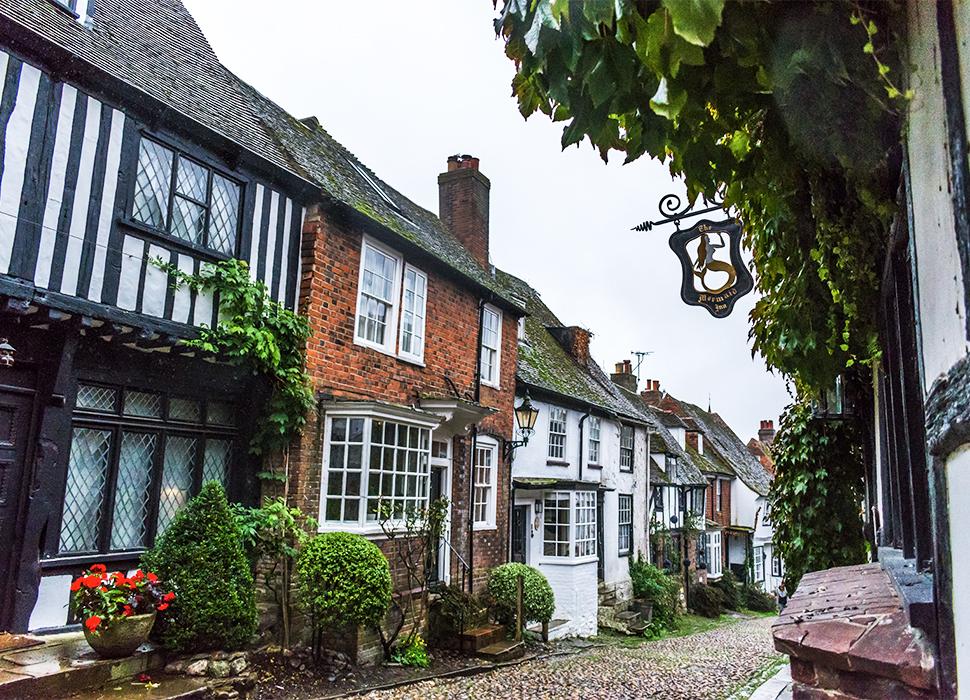 For the ultimate antidote to all that is modern, stark and needlessly open-plan, plot a course to the adorably well-preserved town of Rye in East Sussex. Once upon a time Rye was a significant port town, until a storm in the late 1300s diverted the river Rother, eventually turning its seaward side into silted marshland. And while the French have stopped bombarding the place, it’s still marked by imposing defensive architecture, not least in the stubby Ypres Tower. Today, Rye’s ramshackle low-ceilinged pubs, winding cobbled lanes and wonky antique stores will transport you to a far simpler, and far prettier, time. 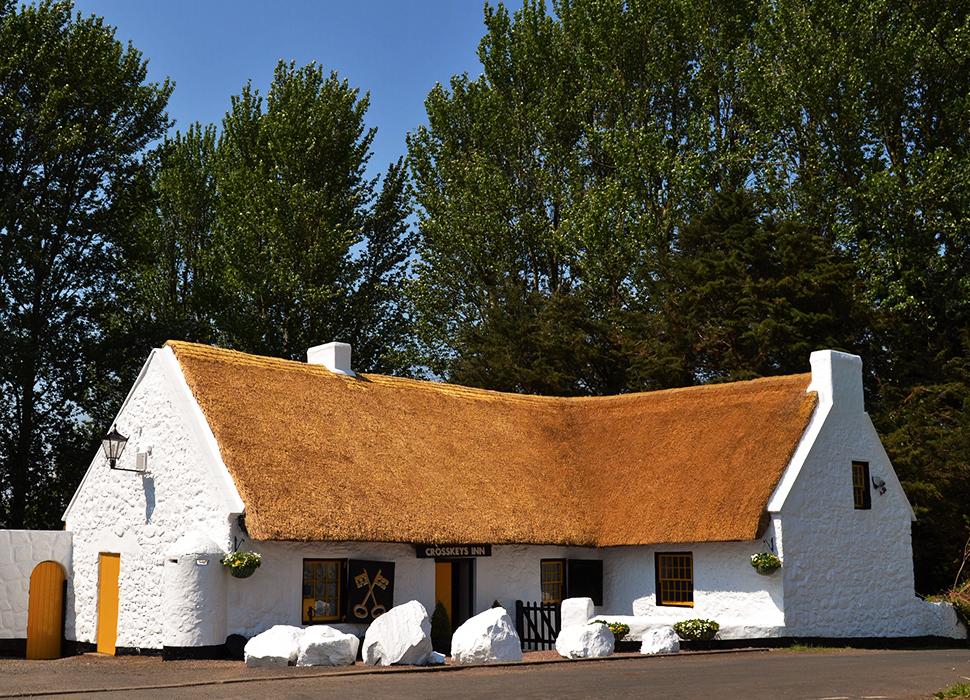 The Crosskeys in Toome is stout in more ways than one / Image: Crosskeys Inn

Even in a land renowned worldwide for its cheerful hospitality and love of the craic, one little pub stands supreme. The Crosskeys – the oldest thatched pub in the whole of Ireland – is like a beautiful relic of yore. Its warren of agreeably lopsided rooms, open turf fireplace and peerless pour of Guinness are all givens. What really sets this place apart is its music scene. On any given night of the week expect to find a circle of traditional musos belting out the rhythms and melodies of their forefathers on stone floors worn smooth by countless generations of foot-tapping revellers. 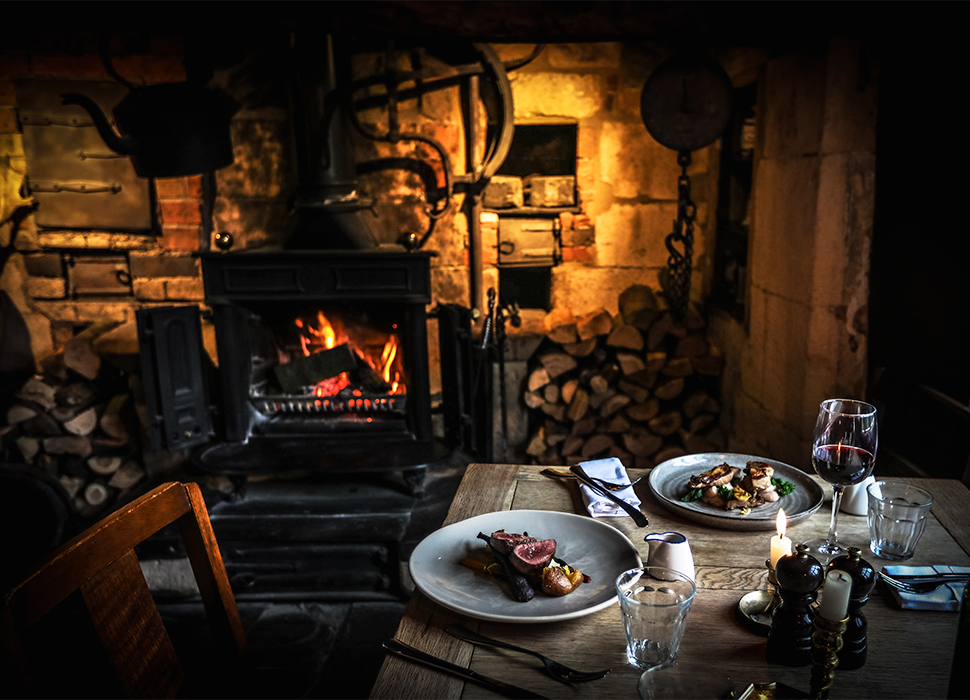 Cosying up for some superlative Cotswolds chic at the Ebrington / Image: theebringtonarms.co.uk

There’s regular pub grub, and there’s the top-notch contemporary fare they dole out at The Ebrington Arms, an absurdly pretty honey-coloured rural inn in the Cotswolds. Gorge on high-end bar snacks – truffled rarebit crumpets, pig cheeks with apple and celeriac slaw and so on – in front of a Tolkien-esque open fireplace, or go all out with their multi-award-winning evening menu of seasonal gems like lamb suet pudding with date ketchup, or impeccably seasoned Cornish crab. For the ultimate in cosy indulgence, retire upstairs to one of their chic bedrooms for a proper doze in one of four bespoke four-poster beds. A taste of the good life. 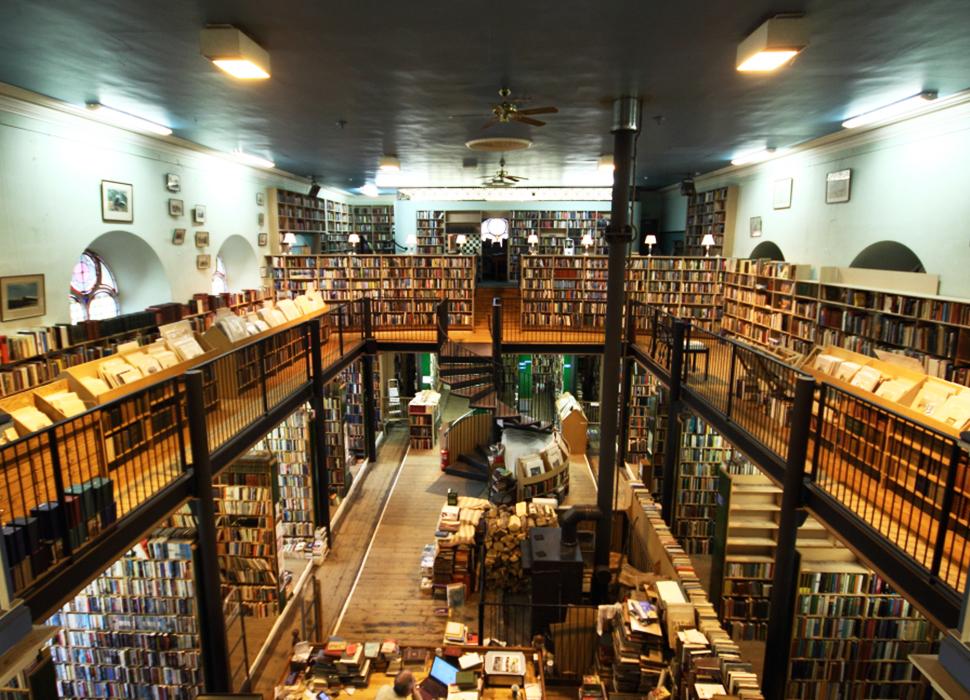 Page-turning pilgrims, cast your peepers to the Scottish highlands and Leakey’s Bookshop in Inverness. This storied emporium is a literal temple to literature: a former place of worship now home to stacks upon stacks of second hand books (around 10,000 of them), prints, maps and, occasionally, local eggs. Once upon a time – well, from 1979 until 1993 – Leakey’s occupied two shops in Inverness, before consolidating its operations in this grand old Gaelic church, complete with original stained glass, a wrought-iron spiral staircase and a large, central wood burning stove. Toasty.

Check out these super stunning cabins. 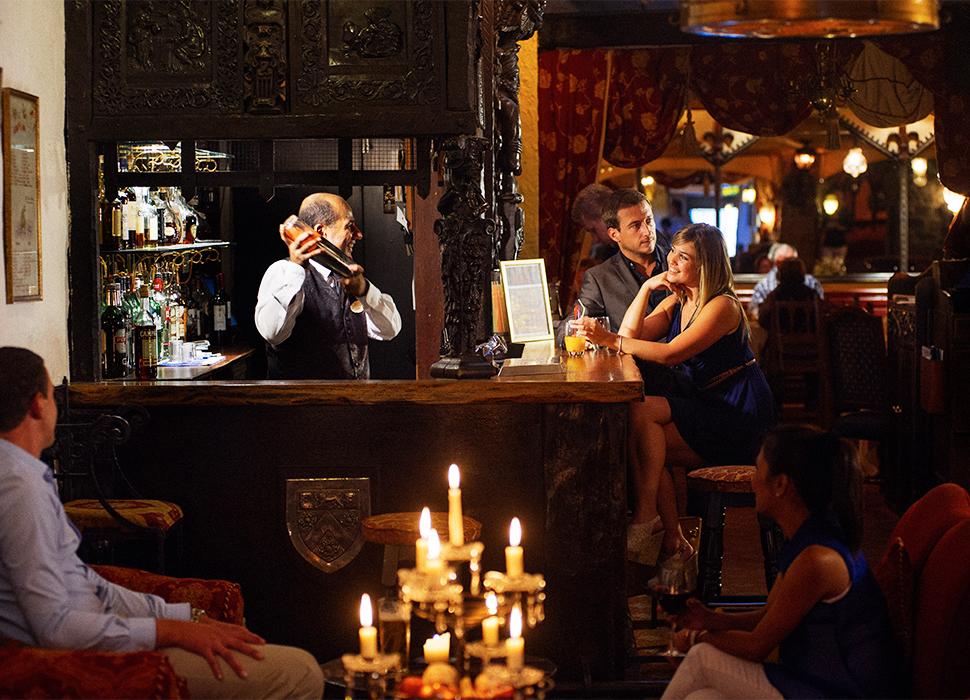 Jersey's Candlelight Restaurant is straight out of the romance playbook

If you like your cosy vibes with a dash of gothic romance, make a beeline for the Candlelight Restaurant in central St Helier. Featuring exposed-beam ceilings, rose-red walls and candelabra-studded tables, this one is for people with a bit of darkness in their hearts – or anyone who wants to look mysterious to their date. And with plenty of nooks and crannies to cram into, you and your flame can snuggle away from prying eyes. Turn up the heat even more: order the 10oz ribeye to share and watch the dapper waiter theatrically flambé the meat at your table.