From rolling downland to secret coves, atmospheric alfresco drinking spots and ancient sites, these are the best places to visit near easyJet airports when the season turns

Well, we say these are the best, but actually the UK is chock FULL of wizard stuff. For a start, why not check out our list of the most remote places to visit in the UK if you don't know how to interact with humans anymore.

Want some solitude but not 'that' much solitude? Here are 10 of the UK's best lesser-known beaches. 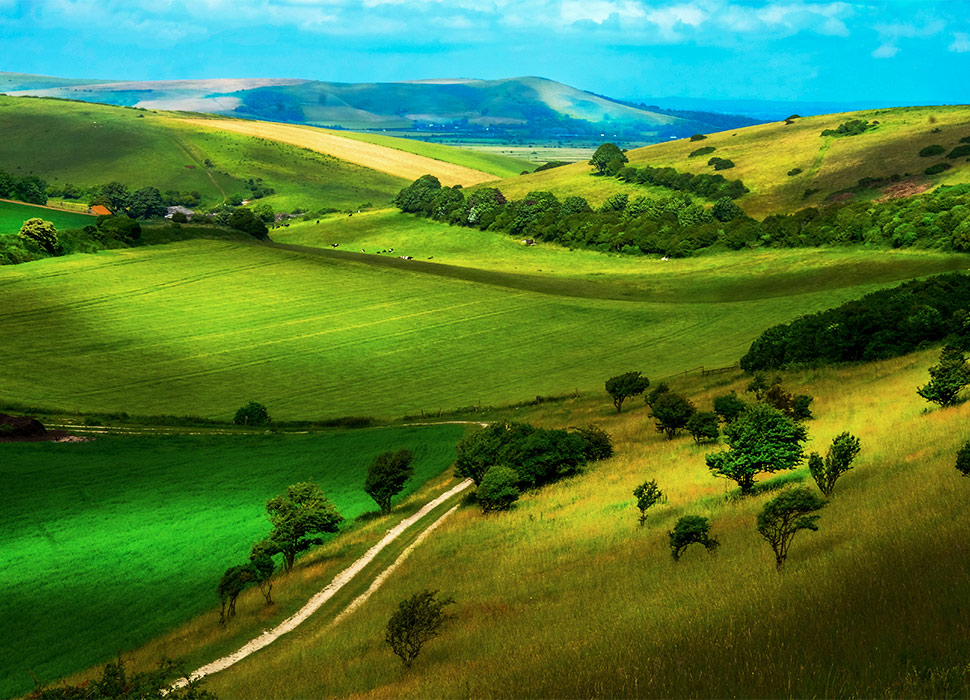 The UK capital is a grand summer city, with its provision of sun-dappled parklands dotted with languid swimming ponds (Hampstead Heath), gangs of deer (Richmond Park) and lazy-day picnic appeal (all of ‘em, really). But its airports are also in striking distance of some of England’s most bucolic sweeps: Gatwick lies just north of the rolling South Downs, as well as offering easy access to the Kent and Sussex coast’s dreamy towns (Whitstable, Margate, Deal, Hastings et al); while arrivals to Luton should make straight for the placid Fens and painterly, old-world countryside of Cambridgeshire and Suffolk.

Fly to Gatwick or Luton 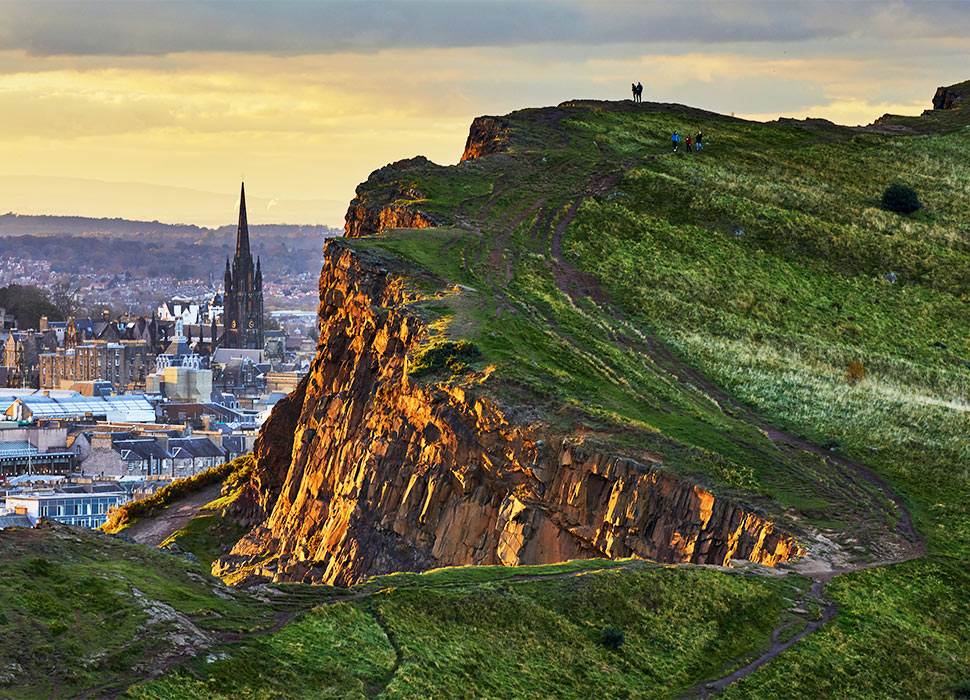 Auld Reekie is radiant all year round, but it really comes into its own in the temperate summer months. For full panoramic appeal, the trudge from Holyrood Park up the dormant volcano (and formative spot in the history of geology) of Arthur’s Seat is almost obligatory. Those after a less strenuous amble should make for the waterside at Leith: a regenerated docklands area in the north of Edinburgh which is now home to the hip Port of Leith distillery, a smattering of ace bars and the best of the city’s ascendent food scene (feted spots like the Kitchin and the Little Chartroom included). 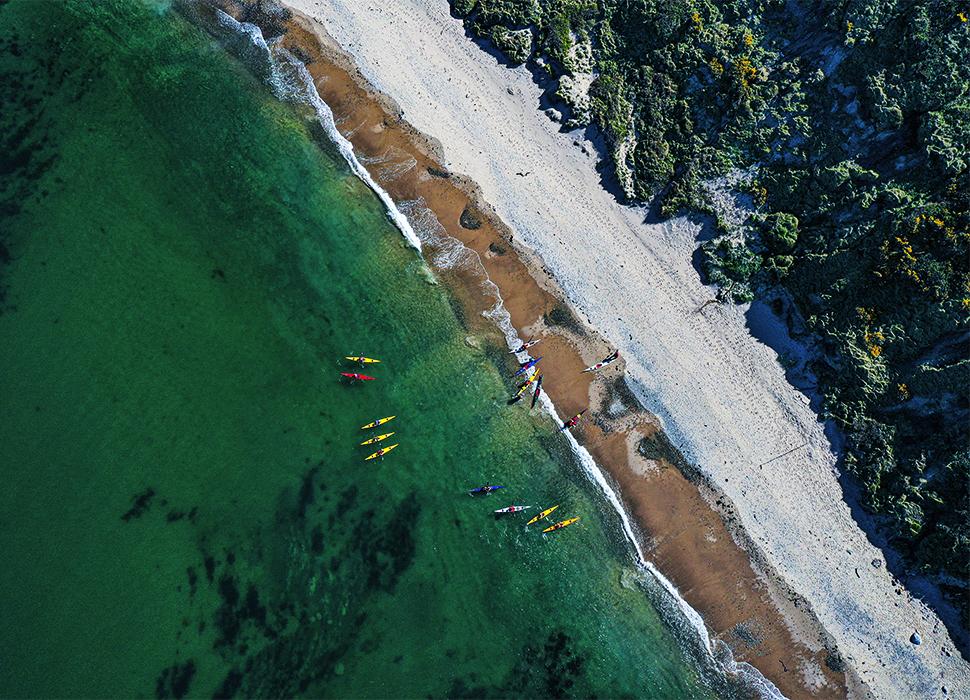 With its sublime beaches, swathes of picture-perfect countryside and enviable collection of lip-smackingly good pubs and restaurants, this bucolic island in the centre of the Irish Sea, just an hour's flight from all major UK airports, is geared up to steal your heart this summer. The island is renowned for its seasonal calendar of events, which includes the Isle of Man Food & Drink Festival on the 18-19 September. This year's belt-busting celebration of Manx produce will showcase over 60 local producers via street food-style celebrations, live cookery theatres and kids' discover zones. New to the diary this year, the inaugural Bushy's Feel Good Festival will take place over August Bank Holiday, with live music, fitness classes, axe throwing and more promising a joyous celebration on summer's big weekend.

Fly to Isle of Man 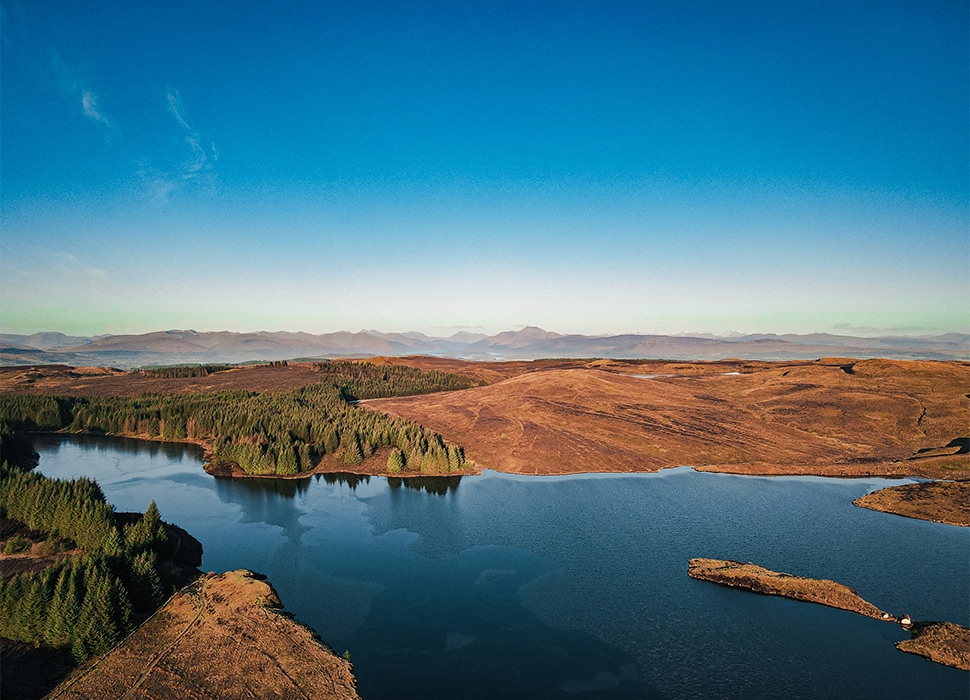 One of Europe’s most culturally thrilling cities, Glasgow is also an amazing jumping-off point for exploring Scotland’s green regions. Suck up some fresh summer air in while bagging a Munro in the the Trossachs – there are 21 hills over 3,000ft dotted across this wonderful national park, which is less than an hour’s drive out of Glasgow. When you’ve worked up a vertiginous sweat, cool off with a wild swim in shining Loch Lomond below. Then head back to town and hit up one of the city’s many blissed-out beer gardens – at the Barras Art and Design Centre in Calton, or the Belgian mews bar Brel in Ashton Lane –  for the full alfresco experience. 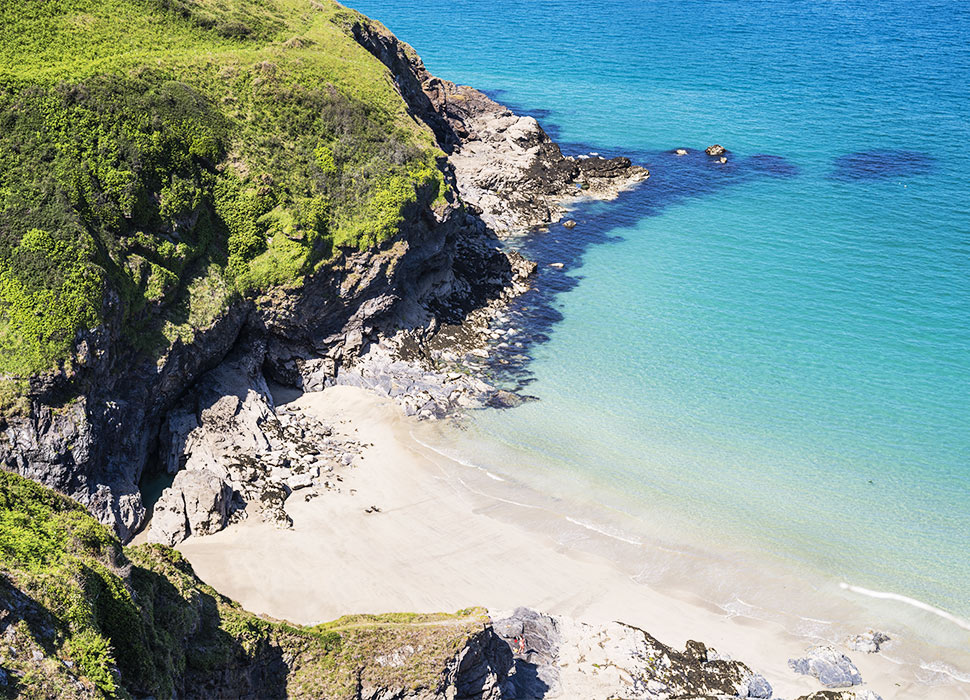 After some sun, sea and surfing this summer? Cornwall’s Newquay is your boy. It's considered one of the UK’s archetypal family resorts, given its abundance of B&Bs, holiday parks, fine beaches, sea safaris, golf courses and walking along the beautiful South West Coast Path. It’s also well placed on one of Cornwall’s most engaging coastal stretches: 30 minutes' drive to the north is the buzzing port town of Padstow (the Rick Stein capital of the world), with the rarefied village of Rock directly across the River Camel and the surfer’s nirvana of Polzeath a little further round the cape. 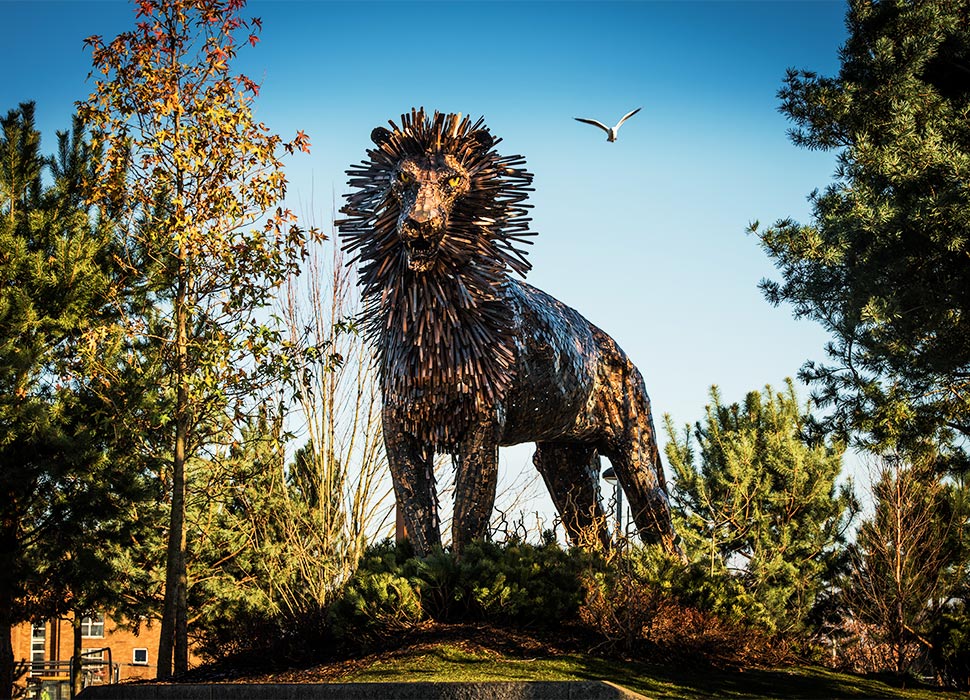 The much underrated Northern Irish capital is especially dreamy in the summer months, and throngs with alfresco revellers at serene outdoor spaces like CS Lewis Square (with its seven The Lion, The Witch and The Wardrobe bronzes), Belfast City Hall and the Botanical Garden. When you’re done with those, drag your boots on and head into the hills above the city – and especially to the Divis and Black Mountains, peaks set in heathland bog and grassland offering spectacular summit views of Scotland, Wales, the Isle of Man, Cumbria and more. 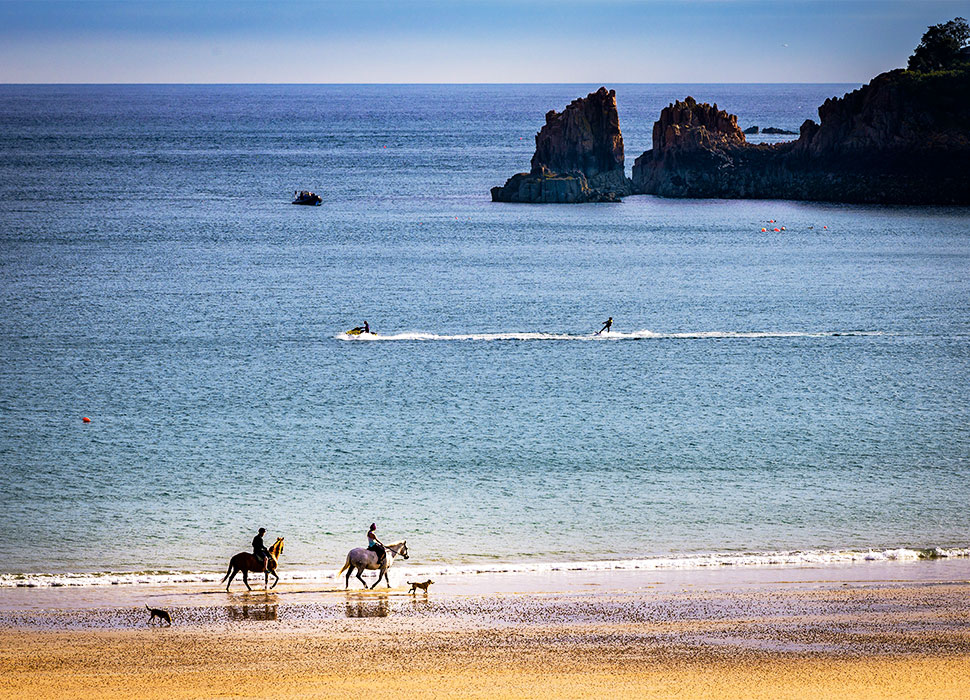 Windswept bays, crystalline waters, fascinating historical sites and a compact footprint that means you can drive across it in 30 minutes? Not for nothing is the Channel Island of Jersey a perfect summer getaway. Its ridiculous natural beauty means that merely ambling the coastline and hitting those beaches – Plemont, St Brelades and St Ouen, with its tip-top café and surf school, are all blissful – could fill a week. But there are also ancient marvels to be found in the island’s neolithic ruins and La Hougue Bie – a passage grave topped by a medieval chapel; there's endless foodie appeal in its profusion of ace eateries, from high-end seasonal spots (like No 10 in the town of St Helier) to low-key seaside shacks. 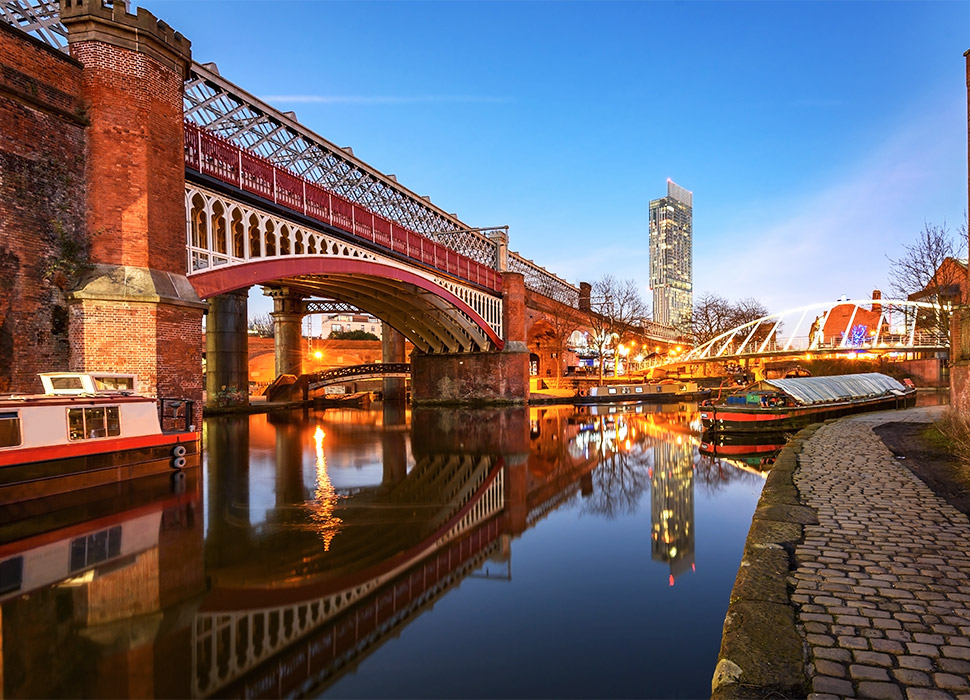 When the season turns and the nights push out, the streets of Manchester come alive. This is particularly apparent during the King Street Festival – a weekend shindig celebrating the city’s historic thoroughfare – and the garand parade on Manchester Day (both in June); you’ll meet equally friendly throngs in the alfresco areas of its fine watering holes, like the dinky garden at the Northern Quarter’s Bay Horse, outside the venerable Home theatre on Tony Wilson Square, or on the enormo-terrace of Castlefield’s Dukes 92. Sundowners all round.

Tripadvisor’s recent 2021 Travellers Awards ranked Bournemouth beach as the fifth best in Europe (and 25th in the entire world). It’s easy to see why: there are miles of aureate sands, a natty pier, myriad cafés and restaurants and a nifty oceanarium. If the urban appeal wanes, head west out of town to the National Trust-managed zone of Studland Bay: an infinitely wilder promontory of rugged beaches, lush heathland and a truly top-drawer hotel-restaurant in The Pig. On the way back, make a beeline for Brownsea Island, home to a colony of super-cute (and ultra-rare) red squirrels and the inspiration for the Famous Five’s ‘Whispering Island’. Capital stuff.

Aberdeen (for the Cairngorms) 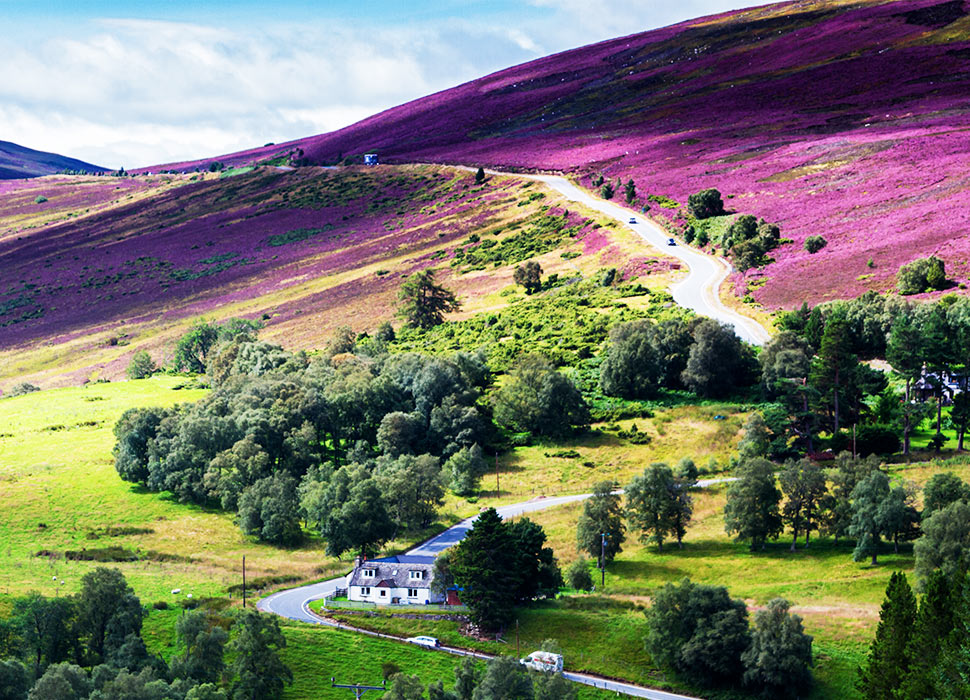 “Summer on the high plateau can be delectable as honey; it can also be a roaring scourge. To those who love the place, both are good, since both are part of its essential nature.” So wrote Nan Shepherd in The Living Mountain, her lyrical treatise on Scotland’s Cairngorms range. This beatifically stunning, heath-and-moss-coloured region is easily accessible from the coastal city of Aberdeen to the east, and offers a plethora of perfect fine-weather activity, from full-bore mountain hiking,to rafting and swimming in Lochs Inch and Morlich, and more family-oriented hijinks at Aviemore’s Treezone ‘aerial adventure’ park. Delectable indeed.

Southampton (for the Isle of Wight) 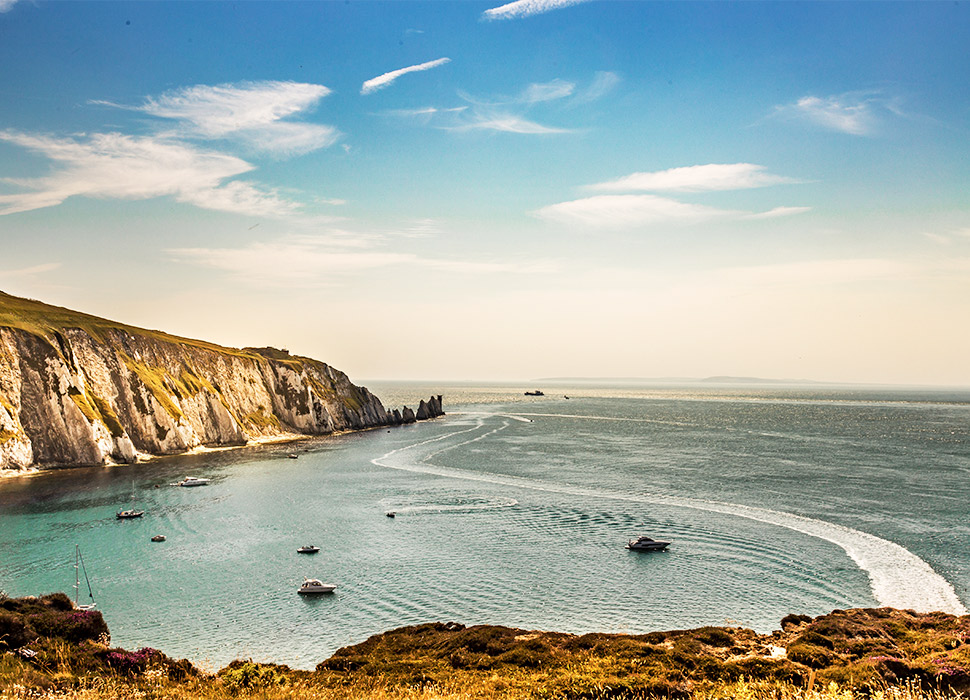 Just 20 minutes by catamaran from the sprawling port of Southampton, the Isle of Wight might be the UK’s finest summertime bolthole. The southeast coast’s archaic seaside resorts are all well and good, but the real charm is found in the wilder West Wight, with its tumbling downlands, sleepy creeks, brilliantly unspoilt beaches and fossil-filled cliffs. The island’s food and drink scene – long stuck in the 1980s – is finally on the up, too: both the alfresco, seasonal European spot The Terrace (in the dinky port of Yarmouth) and boujis bistro The Hut (round the coast on the beach in Colwell) are worth the ferry fare alone.