The best family half-term getaways in the UK

Scratching your head for ways to keep the kids busy this October? Our guide will help your little ones keep out of mischief

Fancy travelling a bit further afield on your next family trip? Try the best family destinations in Europe.

And if the bairns are feeling bookish, why not visit the Porto bookshop that inspired Harry Potter?

1. Dance in the moonlight in Durham 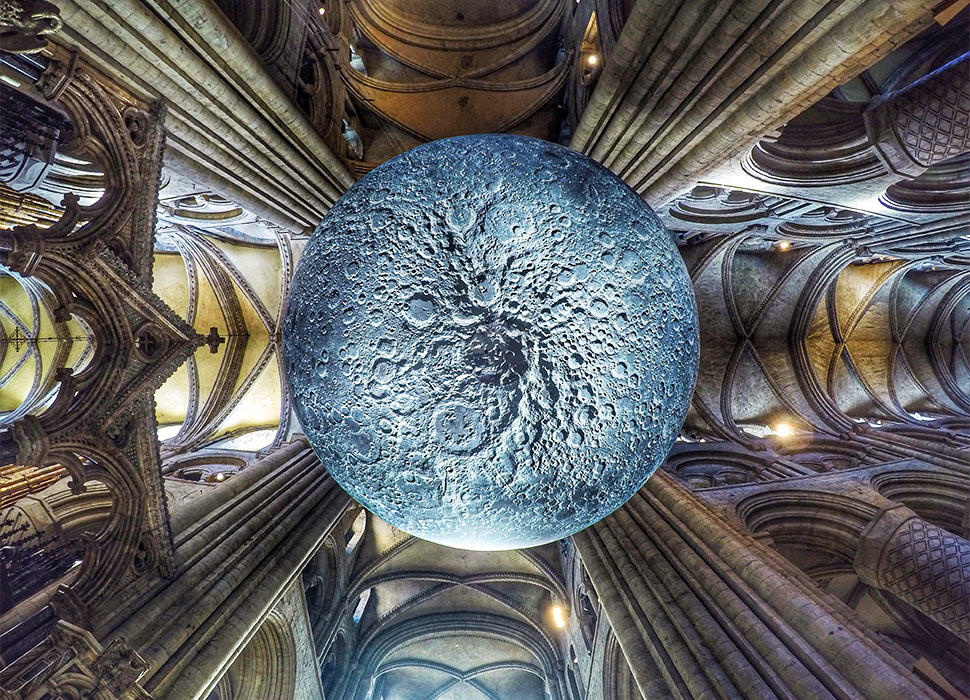 This autumn, Durham Cathedral becomes even more of a transcendent spectacle – illuminated with the soft glow of moonlight from Luke Jerram’s famous seven-metre-diameter touring lunar model, taking a temporary home in the gothic nave. The pockmarked model moon is accompanied by a series of talks on pioneering female astronomers and the naming of stars. Or, if you can’t imagine your kids going for that, rock up to the cathedral’s silent disco on 28 October and imagine it’s the ultimate disco ball.

2. Watch their faces light up at Polesden Lacey 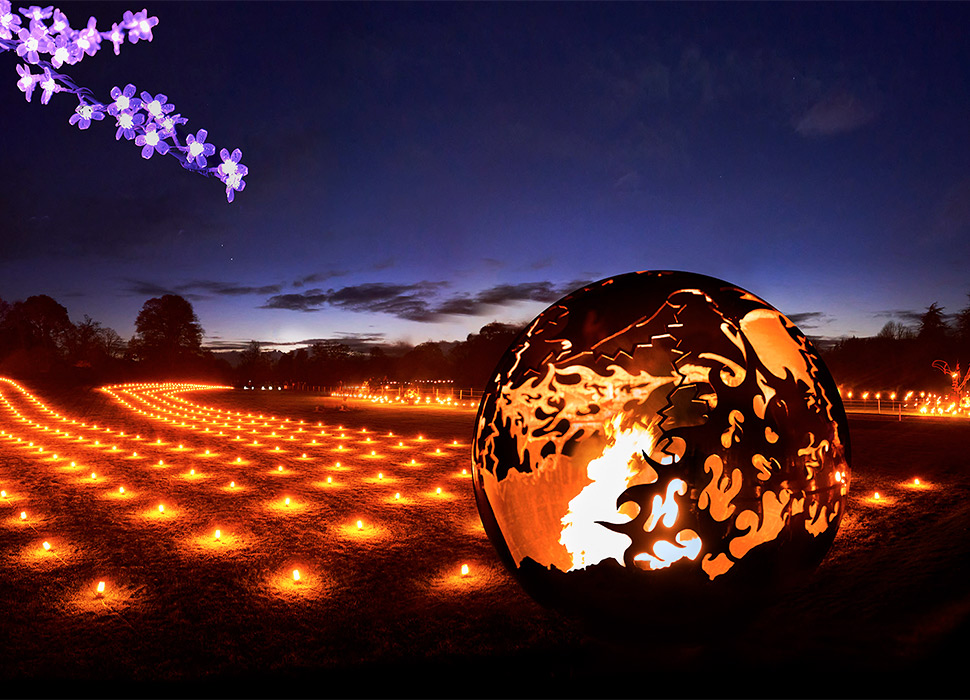 Some bright spark came up with this event / Image: @SonyMusic

The old gaff of flamboyant Edwardian party girl Margaret Greville is now in the hands of the National Trust. Her go-getting spirit – she entertained kings and sat on the board of McEwans brewery – is kept alive thanks to bright ideas like this autumn’s ‘Ignite: Fire and Fantasy’ festival (22 October – 7 November). Look out for lurid lanterns, psychedelic fungus, flaming dragons, blazing rivers and sparkling woodland sprites amid the immaculate walled gardens. It takes about an hour to get around. 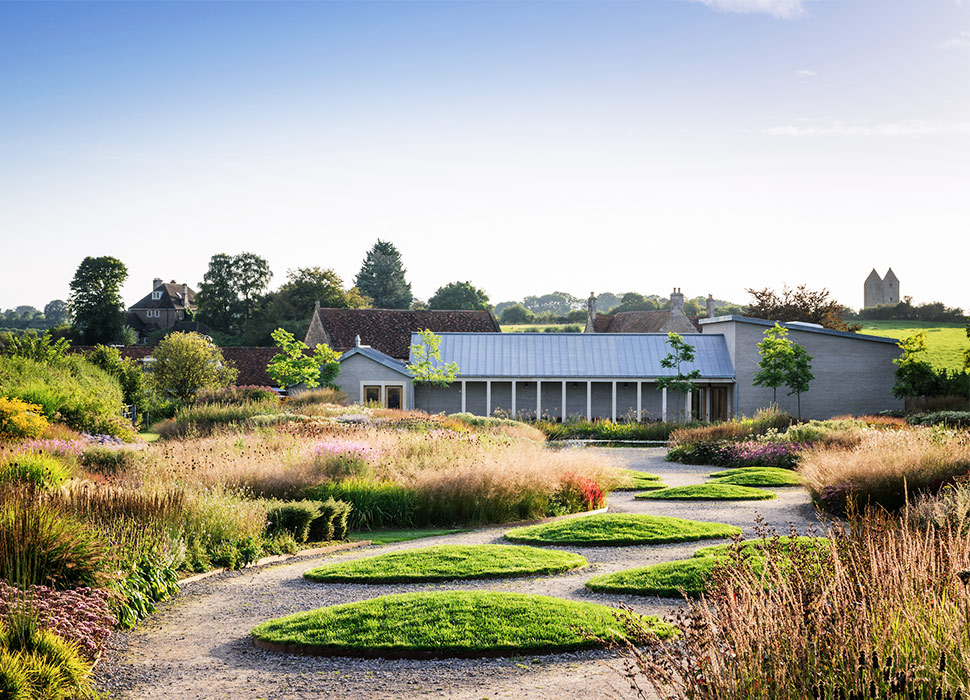 If your kids are starting to fancy themselves budding artists, check out the buzzy Somerset outpost of London’s Hauser & Wirth gallery. Comprising a regular gallery space with a slick collection of contemporary pieces, it’s also a working institution with artists in residence, and a farm supplying produce to the on-site Roth Bar & Grill. The village itself has become rather desirable of late, with at least one former cabinet minister, Stella McCartney and the drummer from the Corrs moving in. So mum and dad can have a good old gawp too. Booking advised.

4. Visit the Med on the cheap at Portmeirion 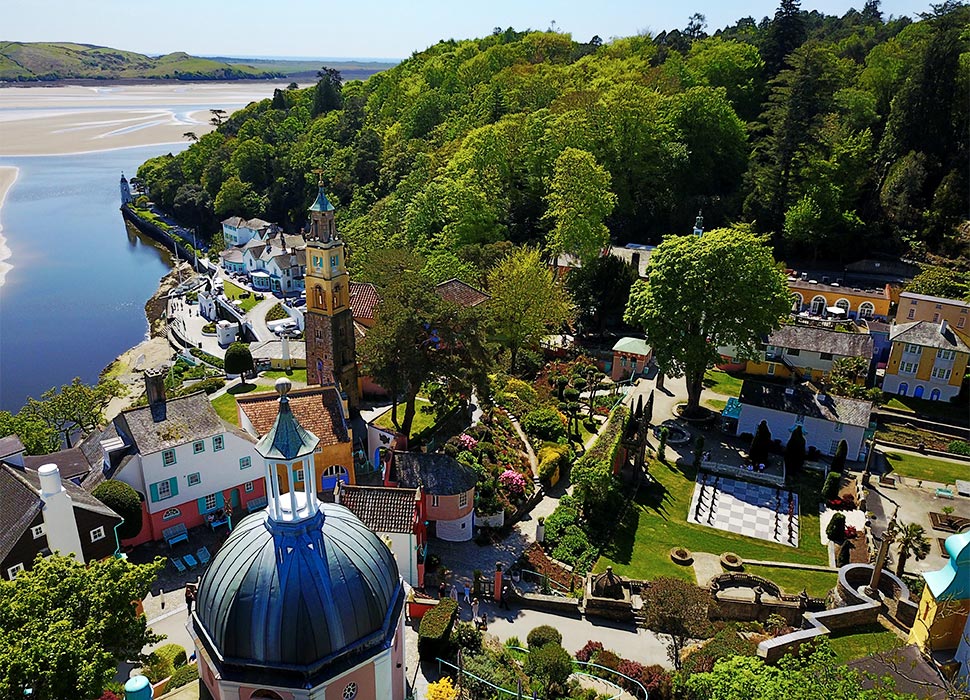 The era of forced staycations may have ended, but it’s still well worth checking out this eccentric UK gem. Sir Clough Williams-Ellis bought a neglected wilderness on the coast of north Wales a century ago and set out to remake a fantasy Italian village. Portmeirion’s happy jumble of multicoloured shops – a mixture of baroque, Renaissance and Arts & Crafts styles – make for a bright and splashy day out. The Beatles, no less, were very taken with the place and cult ‘60s TV show The Prisoner was filmed here. All the fun of going away, without having to remember your passenger locator form. 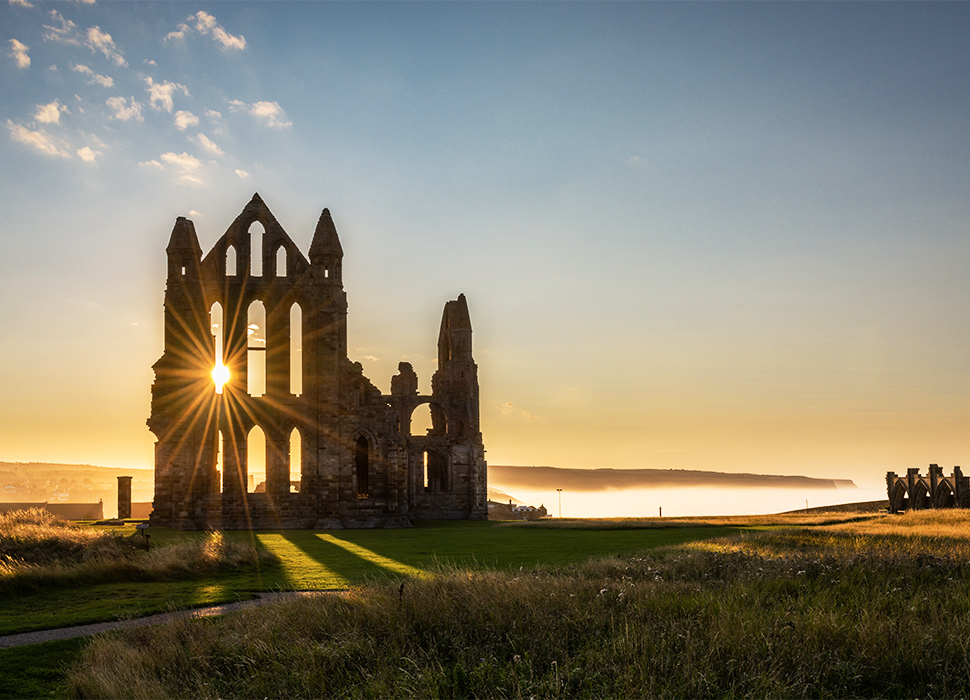 Missing Whitby's astounding gothic abbey would be a real pain in the neck / Image: Adobe Stock

It’s spooky season, of course, so why not freak out your little ones in the homeland of Bram Stoker’s infamous bloodsucker. Stoker was initially going to name his baddie the profoundly lame ‘Count Wampyr’, before reading about Vlad the Impaler during his pre-writing research at Whitby library, now a chip shop (7 Pier Road). St Mary’s Church (Abbey Plain) has the actual grave of one Mr Swales, who inspired a murder victim in the book, and the neighbouring 13th-century ruin of Whitby Abbey is properly gothic, as are the steps leading up to it – all 199. Your kids will love to count them.

6. Hop to it in the Lake District 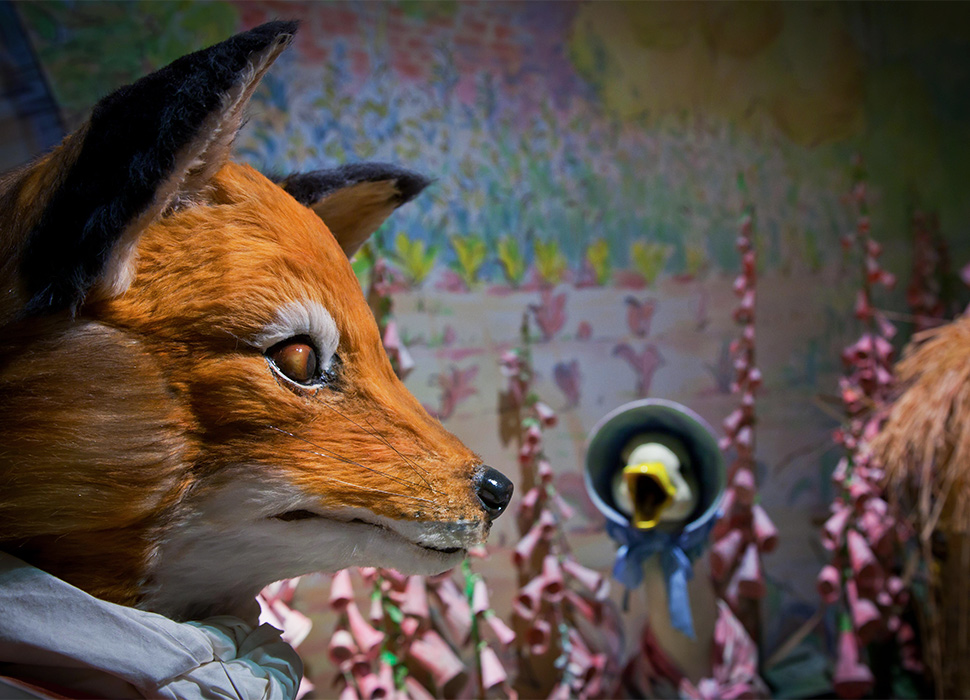 Hewn out of the raw landscape by passing glaciers way back in the last Ice Age, the Lakes are a heart-stopping natural spectacle dotted with dainty houses and welcoming tea shops. The tall fells and glassy lakes may or may not inspire your kids, but as luck would have it, this area is also where beloved children’s writer Beatrix Potter lived. There’s a dedicated gallery to her art (Main Street, Hawkshead) a cool interactive modern museum (Crag Brow, Bowness-on-Windermere) and you can even explore the house she once lived in (near Sawrey, Hawkshead).

7. Build memories together at Legoland Windsor 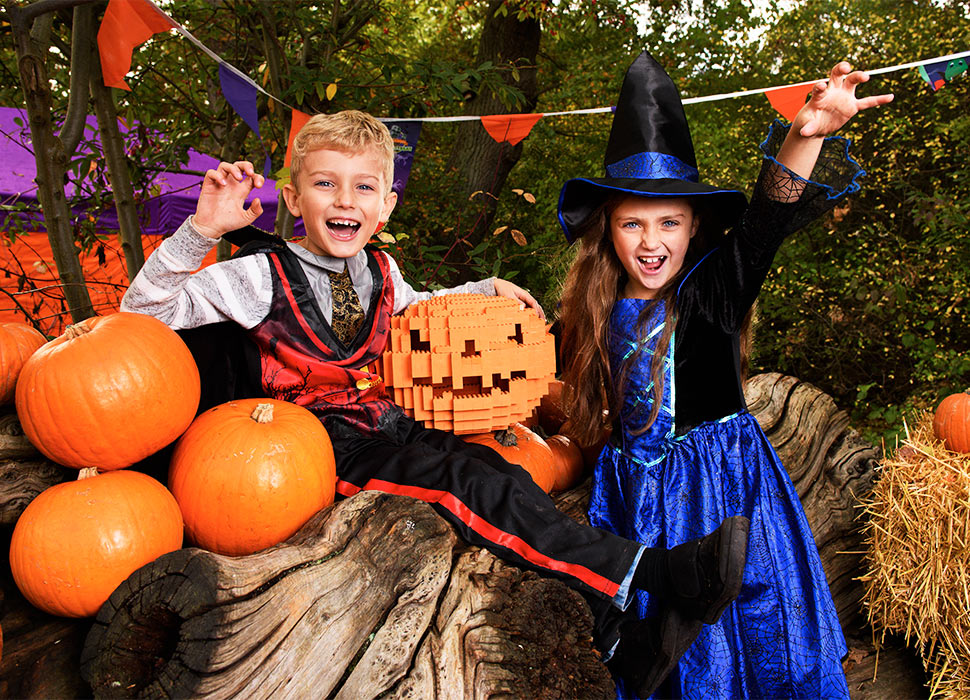 Having a horrifically good time at Lord Vampyre's 'Brick or Treat'

Looking for the perfect excuse to whisk your little engineer on a magical jaunt to Legoland? This half term, the Windsor attraction is combining every kid’s love of colourful blocks with Halloween jollies called ‘Brick or Treat’. Sinister plastic geezer Lord Vampyre (him again) is overseeing proceedings with a Creepy Crypt Trail, a ‘fang-tastic’ pumpkin tour and a positively disquieting Haunted House Party Ride. Whatever your offspring’s age, we guarantee they’ll be bricking it.

8. Push the boat out in Edinburgh 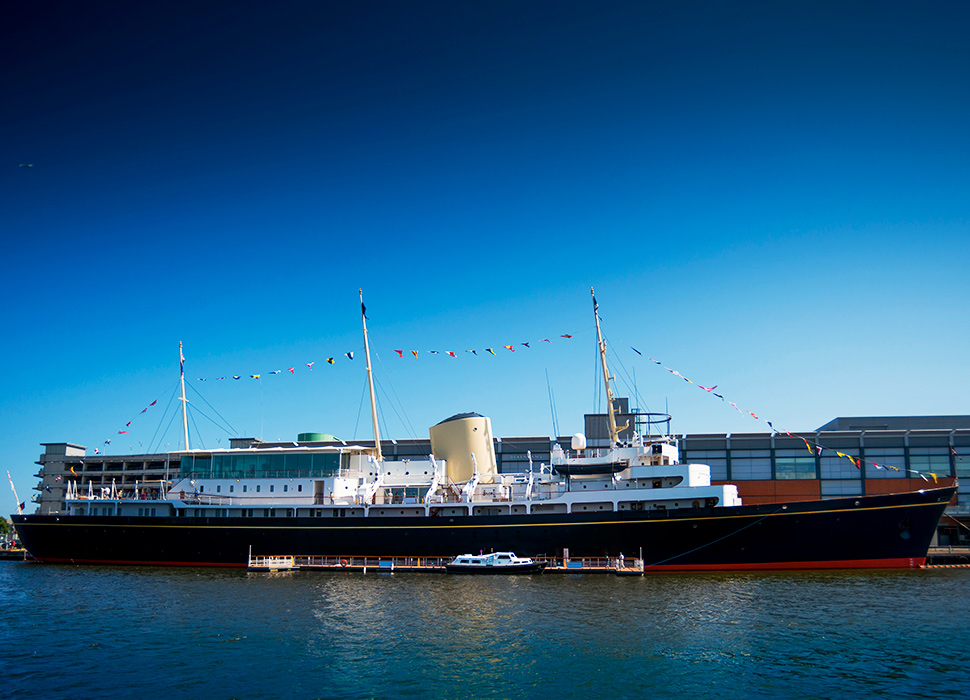 A royally good day out for kids / Image: © Marc Millar

You love The Crown, right? Immerse yourself in the last word in 20th-century British glamour aboard the world-famous Royal Yacht Britannia, featured heavily in series two. And, of course, in real life. Now decommissioned and moored up in Edinburgh, she’s packed to the gunwales with fascinating period details. Kids get their own dedicated audio commentary, plus the chance to spot cuddly corgis and win a prize at the end, then tuck into a thoroughly regal chocolate milkshake in the galley. Yass queen. 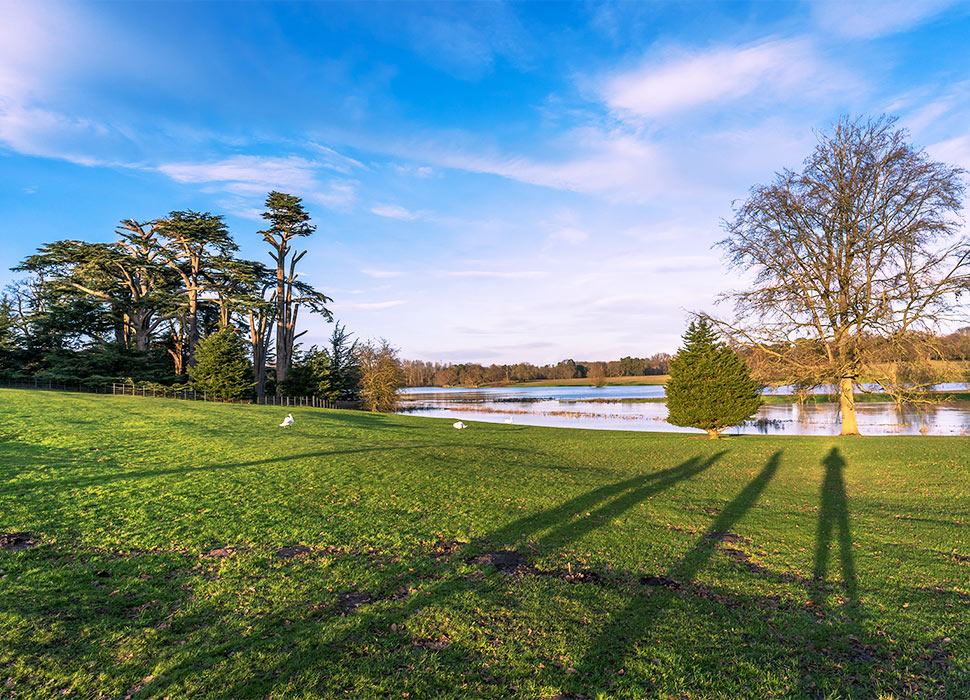 From 2 October ‘til 21 November, the ancient woodlands at the National Trust’s Attingham Park property will be festooned in adorable crochet animals and foliage. If this rustic take on the popular ‘yarnbombing’ craze inspires you to get creative, then great news: for just £3 at reception you can buy a package containing biodegradable, nylon free clay for making eerie forest faces to stick up on specially selected trees. Guaranteed to delight – or terrify, if that’s your thing – your fellow daytrippers.

10. Make your own scarecrow at Hillsborough Castle, Belfast 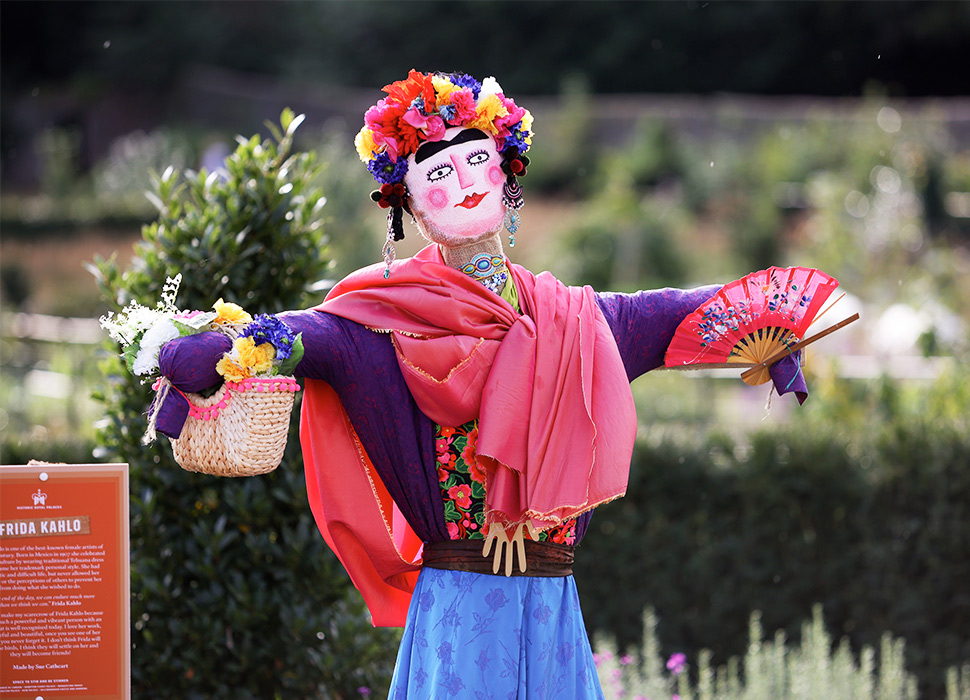 Throughout October, the walled garden at ravishing Hillsborough Castle, just outside Belfast, will be perked up with a parade of scarecrows created by local schools, community groups and Northern Irish artists. Half the fun is spotting which famous folk or historical figures the scarecrows are intended to mimic. If you rock up on 30 October you can even make your own scarecrow to join the party. The ideal Halloween activity for kids, in that it’s autumnal but not overly frightening. Unless you’re a crow, of course.