Seamus Heaney HomePlace is mecca for fans of the feted poet

Sure, the Northern Irish capital has more than enough going on to wow visitors – but the surrounding country is brimming with brilliant, unheralded treasures too

Seamus Heaney HomePlace is mecca for fans of the feted poet 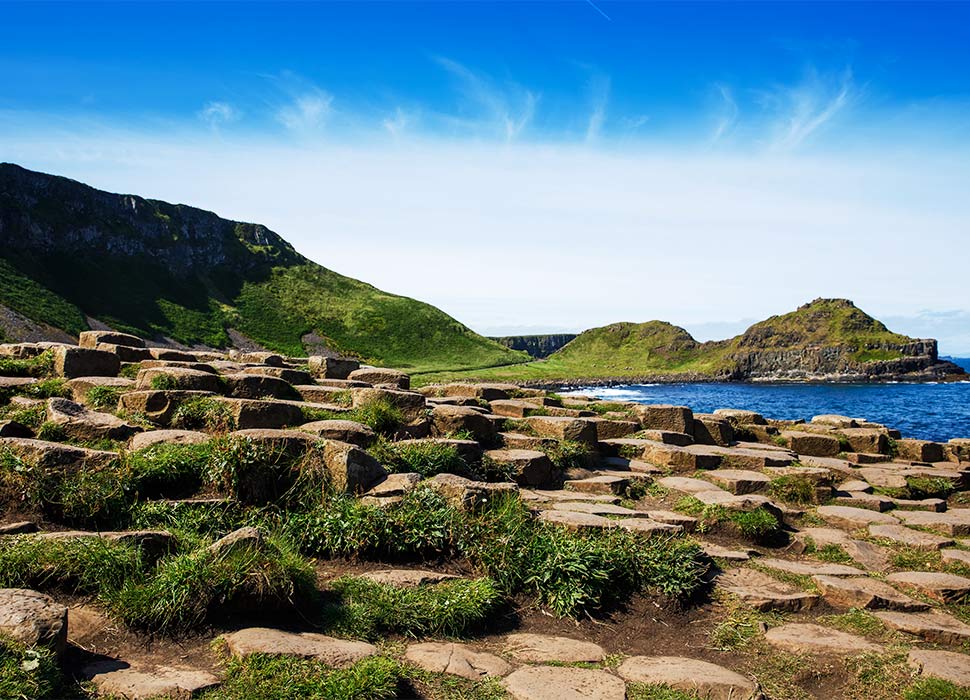 The Giant's Causeway is a geometric wonder of the natural world / Image: Getty Images

Between the mighty Giant’s Causeway – an eye-popping expanse of multi-sided volcanic columns, and one of the UK’s greatest natural wonders – and the beautiful Benone Beach – which is just a really lovely bay – the North Coast offers plenty to explore. If all that sea air makes you hungry, Harry’s Shack in Portstewart is where it’s at for top-class local seafood (plus brunchy bits in the morning, and multi-course set menus by night) and resplendent beach views. 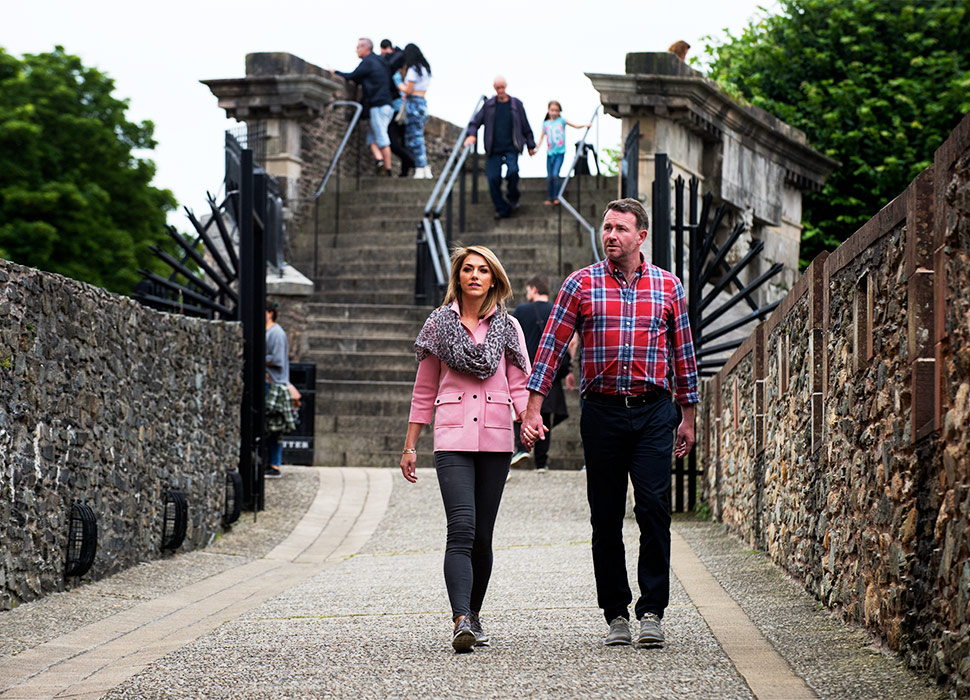 Derry/Londonderry has one of the finest walled cities in Europe / Image: Courtesy of Tourism Northern Ireland

You loved the show Derry Girls, right? Right. In that case – tangential swerve alert! – Derry/Londonderry’s City Walls are a must for any visitor to this part of the world. Built in the early 1600s as a means of defending early English and Scottish settlers, the ramparts enclose a fascinating city steeped in history. The interior’s renaissance street plan remains intact, accessible by seven imposing stone gates. All in, it comprises the only intact walled city in Ireland (and one of the finest of its kind in Europe, to boot). 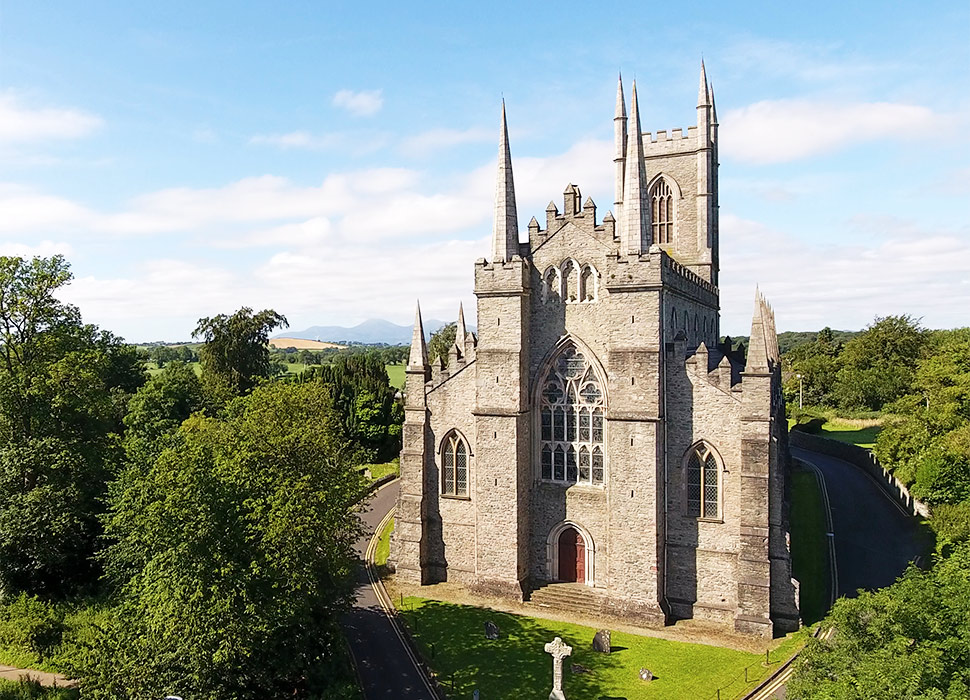 Under Down Cathedral, the patron saint of partying sleeps

The patron saint whose day is marked with green beer and debauchery (you know the one) was apparently laid to rest near this hilltop church in Downpatrick. Specifically, within an old Benedictine Monastery which fell into decay during the Reformation, some of the remains of which this wicked-sweet, episcopal Church of Ireland cathedral assimilated. In any case, the supposed site is now marked with a huge granite slab. Pay your respects to St Pat before mooching around the impressive structure and checking out the historical highlights therein, like the intriguing pew layout and two early Christian (c.1150) stone figures. 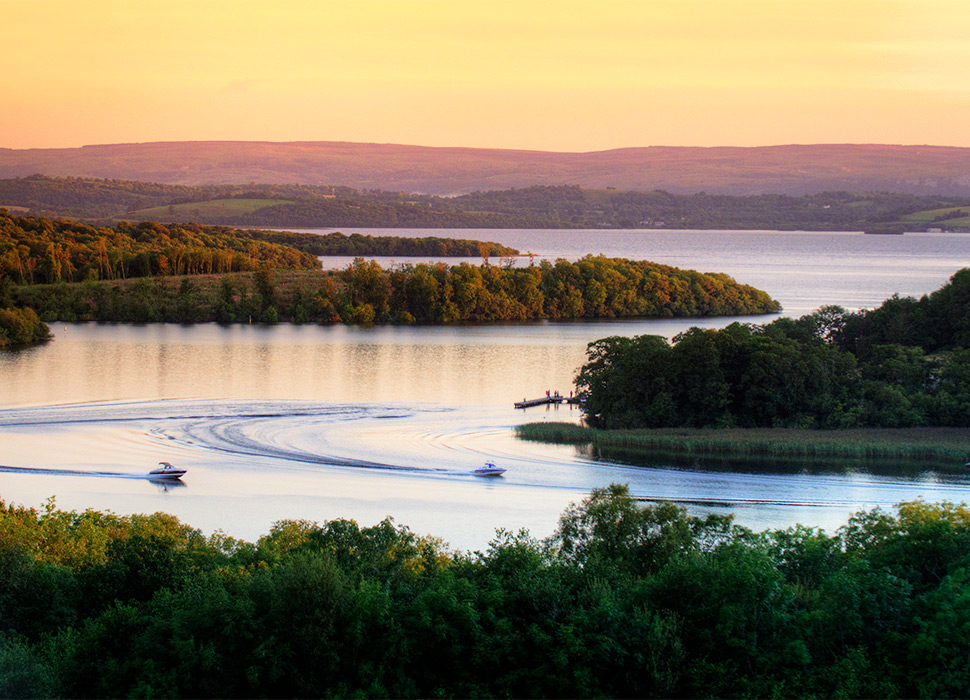 County Fermanagh, a western region of Northern Ireland, of which Enniskillen is the capital, is famous for its beautiful Lakelands – a sprawling network of loughs and waterways, dotted with pretty uninhabited skerries. Stay at one of the many waterside hotels (the fancy five-star one on Lough Erne is a dream) or, better still, take the to blue and tour these shining levels by motorboat or canoe, checking out ancient hotspots like the monastic ruins on Devenish Island. 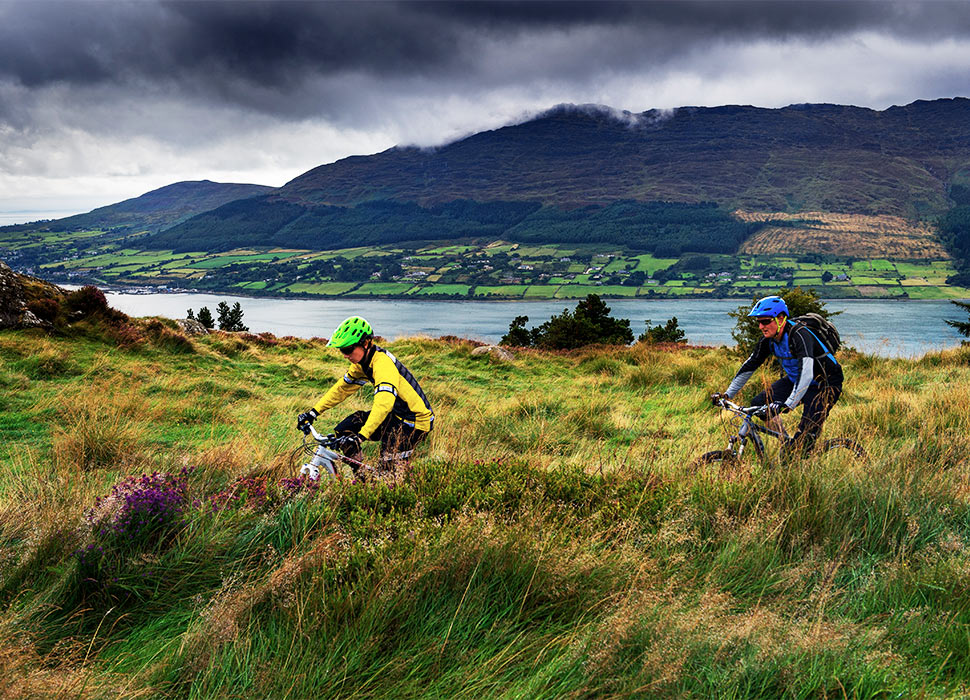 These granite peaks – yup, this where St Pat’s tombstone was chipped out – are the tallest points in Northern Ireland; an undulating series of crags dotted with chilly reservoirs, verdant forest, abundant flora and, most thrillingly, the early 20th century ‘Mourne Wall’ – a 20 mile long dry stone barrier that crosses 15 mountains. If you thrill for heights à la Bear Grylls, try your hand at hiking Slieve Donard – the highest of the range. 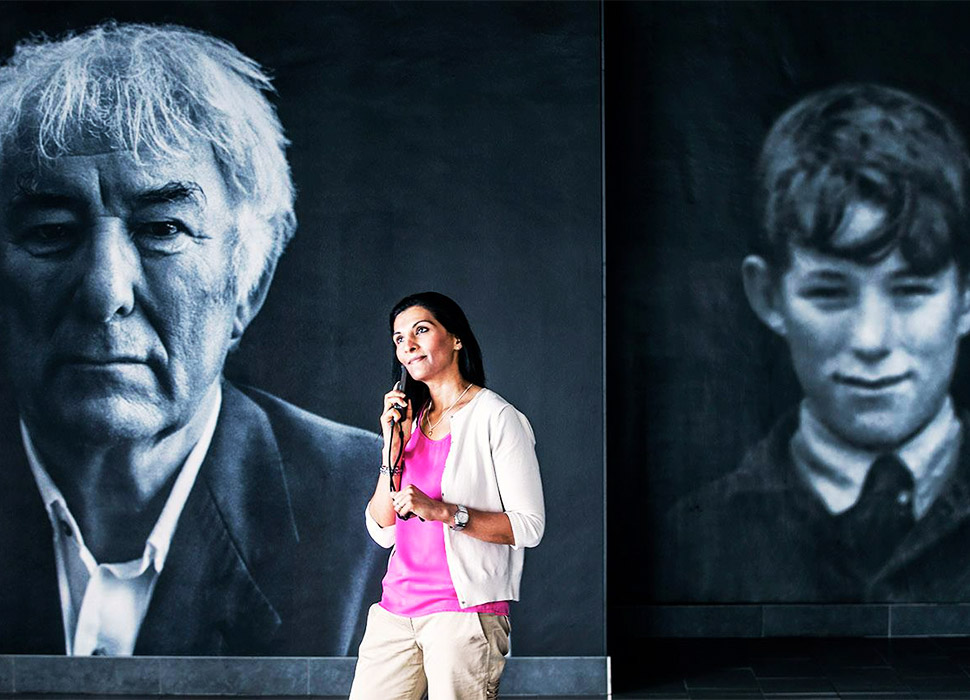 Seamus Heaney was inarguably one of the greatest poets of all time; a Nobel Prize-winning titan and the writer, said the New York Review of Books, “who has shown the finest art in presenting a coherent vision of Ireland, past and present". He did that swell translation of Beowulf, too. This cultural centre in Bellaghy, just outside Magherafelt, is located near his birthplace. It celebrates his life and work, and plays host to a varied programme of talks and gigs.