The best things to do in Belfast

Napoleon's Nose, Titanic sights, fantastic seafood and a resident RoboThespian: Belfast has it all (and more) to offer 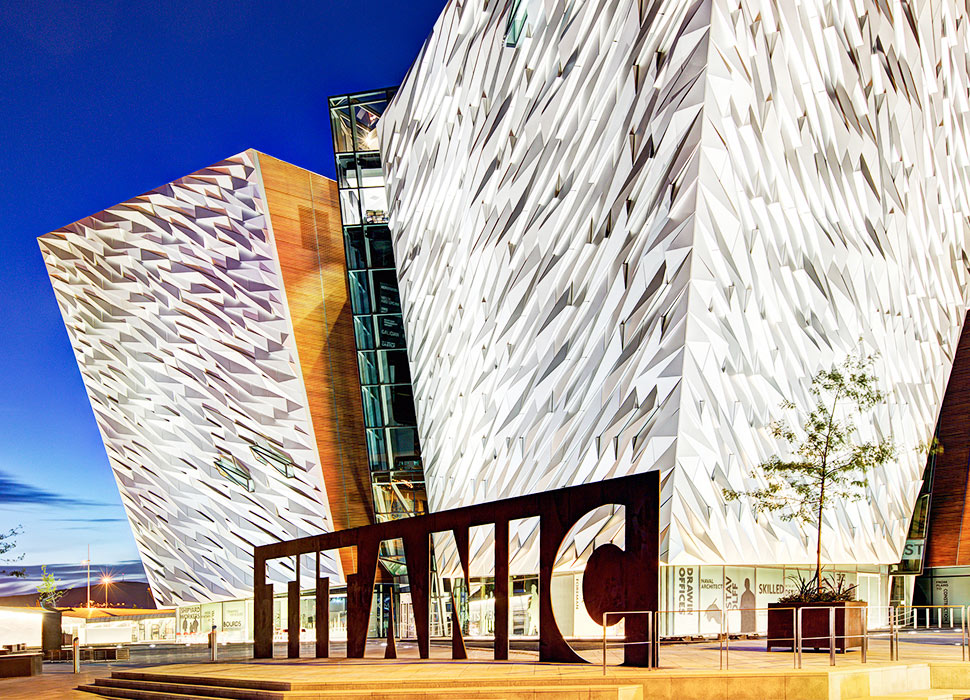 The world’s grandest and most doomed ocean liner was designed and built by Harland & Wolff in Belfast, so it’s only fitting that their most iconic creation is celebrated at scale here. Though interactive exhibits, thought-provoking artifacts and an exploration of the cultural impact of RMS Titanic, this landmark Eric Kuhne-designed tourist attraction seeks to bring the ship to life: from design to construction, interior decor and its untimely demise in the Atlantic on that fateful night in 1912.

2. Be captivated at Crumlin Road Gaol 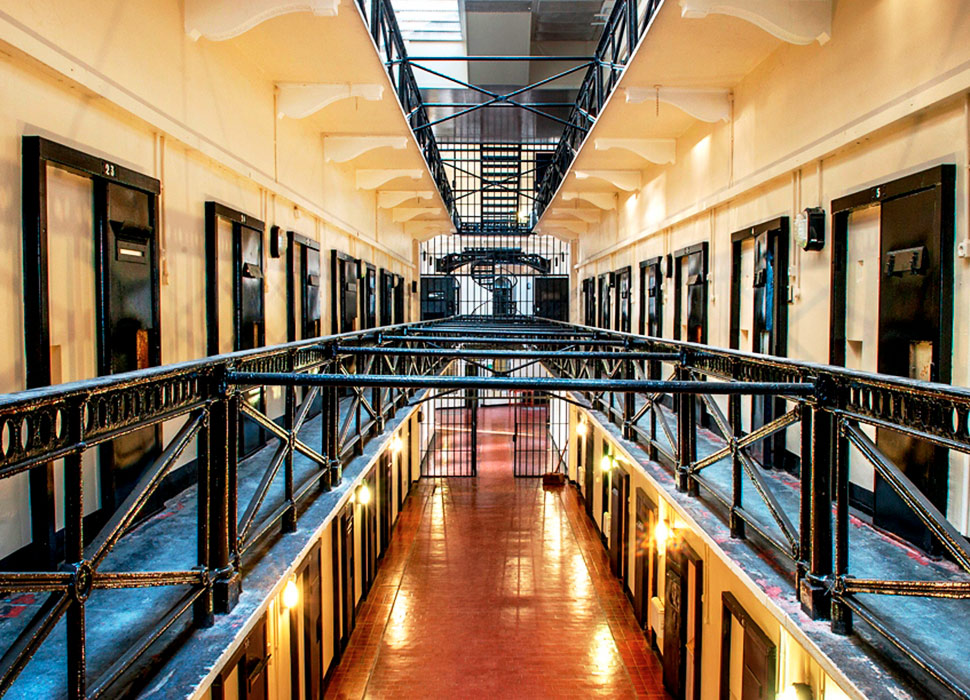 Despite its macabre history – as a 19th- and 20th-century prison it saw caged murderers, political hunger strikers, executed felons, cruelly incarcerated children and more – Crumlin Road Gaol is nowadays a lively and popular venue for conferences, parties and even weddings. At its most inspired, though, it serves as a music venue, regularly hosting local and touring talent in its tastefully renovated and acoustically eerie halls. There’s a very nice restaurant, called Cuffs, on site too. Arresting stuff.

3. Seafood and eat it at Mourne Seafood Bar 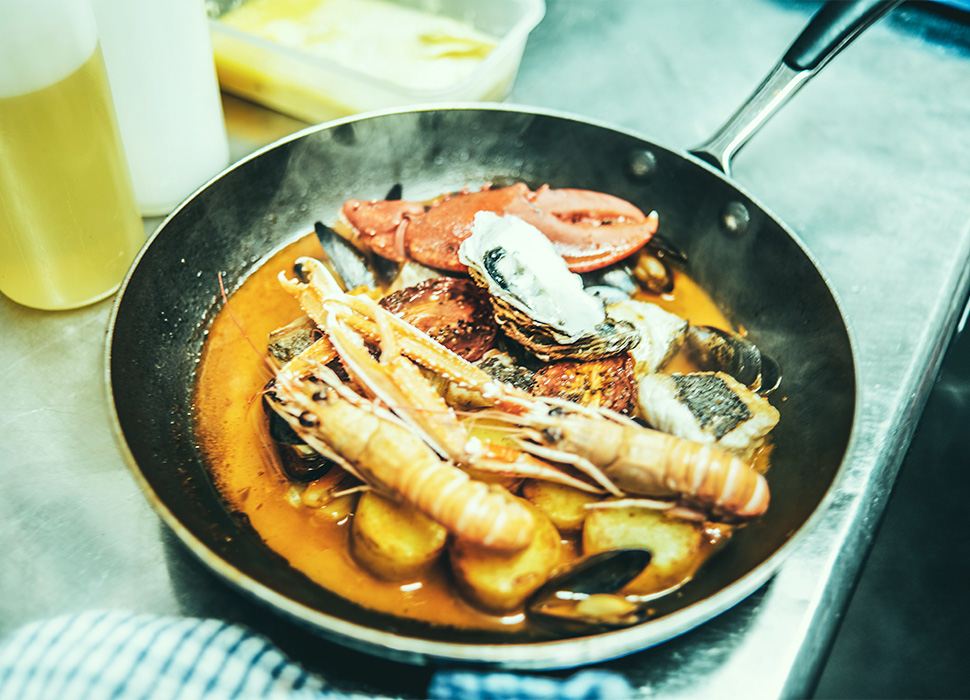 A beloved Belfast institution for very good reason. The chefs at Mourne know a thing or two about how to whip up a seafood snack, whether that’s simple shucked oysters by the half-dozen (Japanese-style with ginger and wasabi), classic battered cod, lobster burgers or street-food Tex-Mex tacos. The team source their mussels, oysters and cockles from dedicated Mourne’s shellfish beds near the border at Ballyedmond in Carlingford Lough. Lovely with a crisp glass of white – and well worth shelling out for. 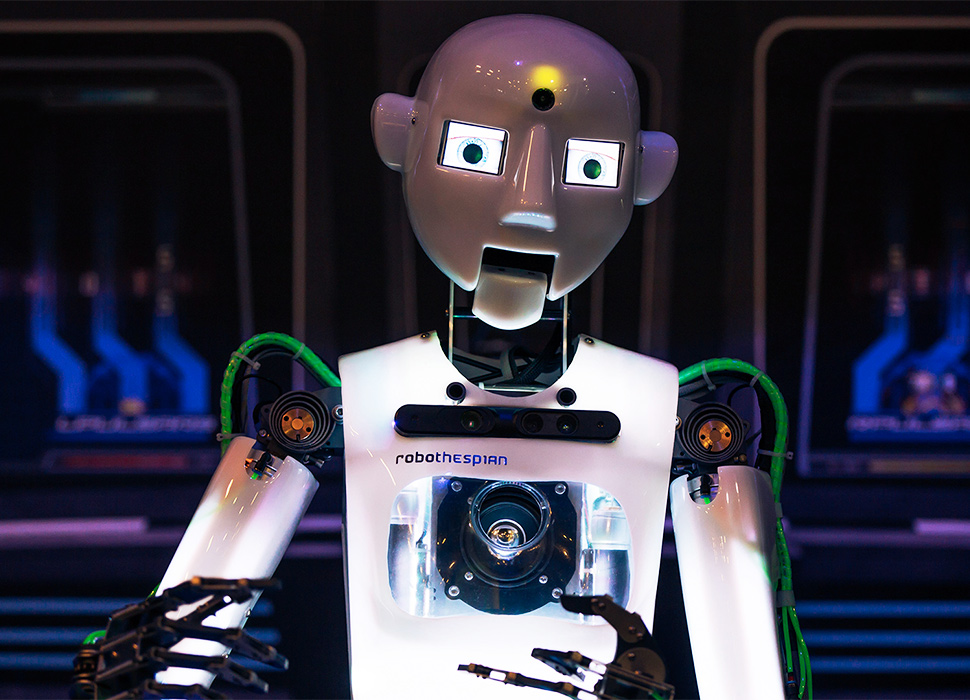 RoboThespian treads the boards at W5

Without a doubt W5 is the most fun learning experience your kids will ever grudgingly put up with. The five Ws – since you ask, Why, What, Where, When, Why – are explored across a range of goofy interactive exhibits, including a giant (safe) net climbing frame, a huge multi-sensory rocket ship (with slides!), a futuristic virtual reality zone, and a friendly android called RoboThespian. All this with live science demos – leaning towards the noisy and/or gross – will smarten up your little tykes without them ever suspecting a thing. 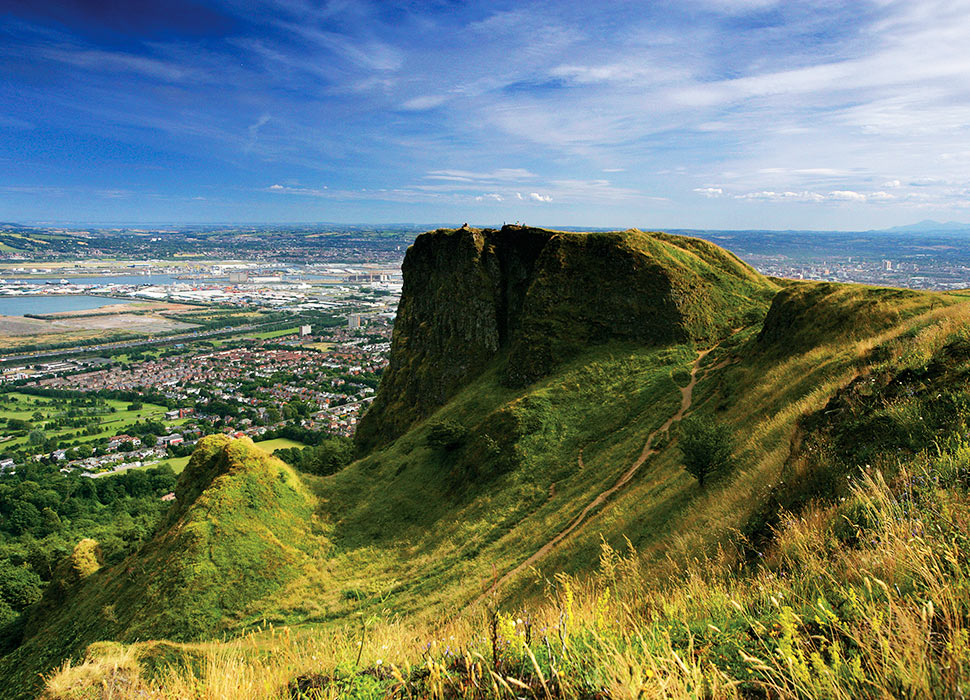 No trip to Belfast would be complete without an excursion a little way out of tow, to the hill that dominates the skyline wherever you are in the city. The 370m-high landmark is riddled with caves and quarries, and studded with evidence of Stone Age and Bronze Age settlements, all accessible on the well-signposted walking routes. Cave Hill’s most famous feature, colourfully named ‘Napoleon’s Nose’, is said to have inspired Jonathan Swift to write Gulliver’s Travels, as the satirist imagined the outcrop as a sleeping giant's appendage.

6. Take a Game Of Thrones tour 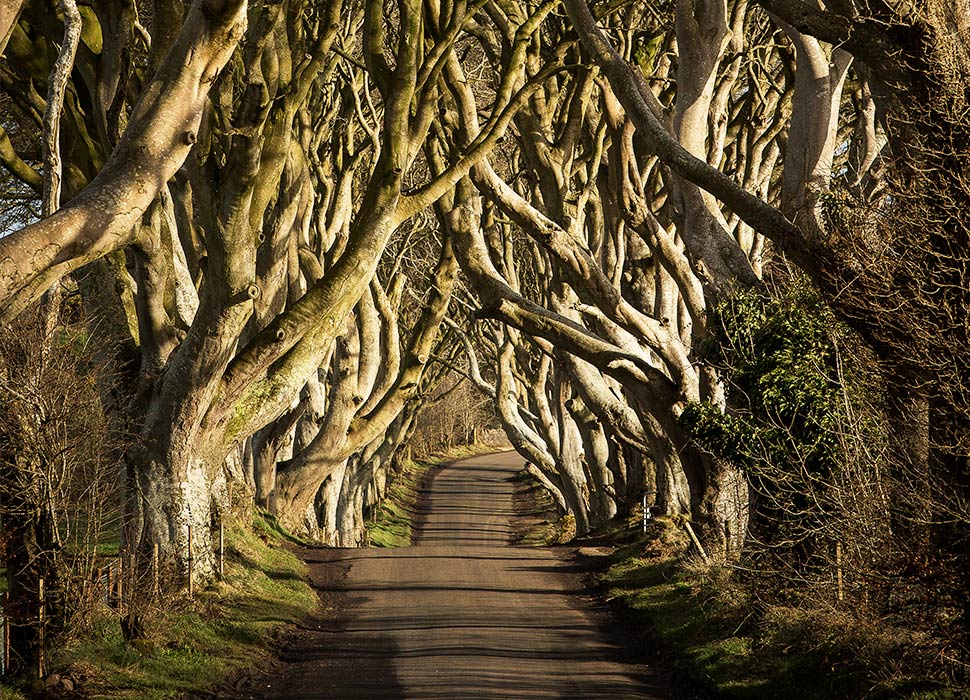 Fans of the HBO fantasy epic Game of Thrones – we’re sure there are still a few of you out there – are spoilt for choice in Belfast, as the surrounding areas provided scenes for much of the show. Re-enact your very own King's Landing escape through the mangled avenue at Dark Hedges (Bregagh Road, Ballymoney), or pretend you’re Theon Greyjoy sailing back from the Iron Islands at Ballintoy Harbour on the Antrim coast. Or you can just stay in Belfast and have a couple of jars at the Dark Horse (at 30 Hill Street), next to a specially carved door with Lannister, Stark and Targaryen emblems. Pints are coming… 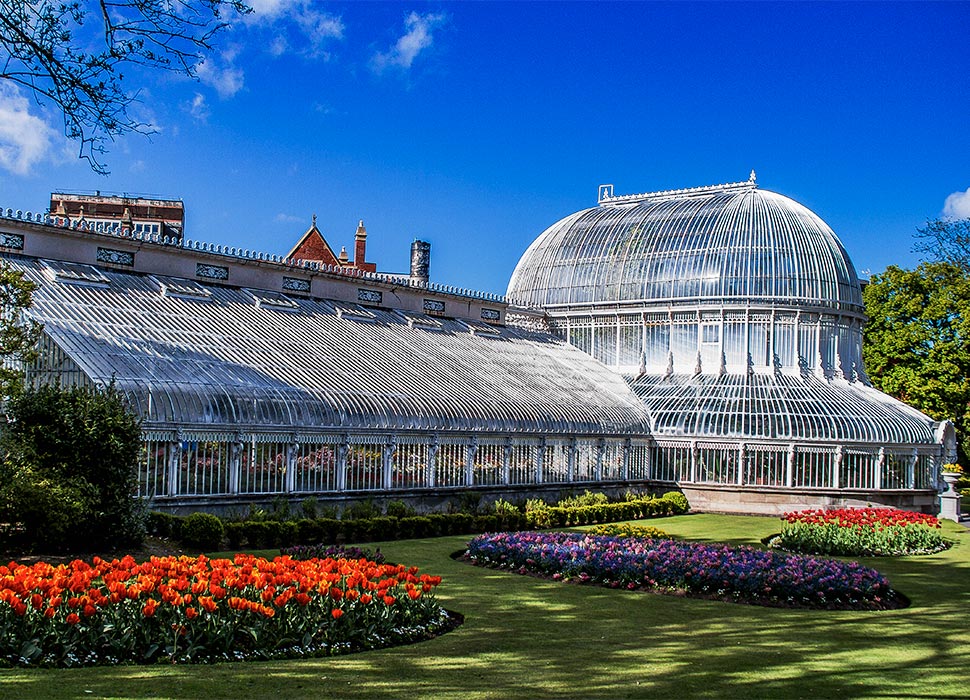 Chock-full of exotic species of plant and trees planted back in the 19th century, Belfast Botanic Gardens is, unusually for this calibre of place, also an accessible public park. Special shout-out goes to the palm house, designed by Charles Lanyon, who designed a similar structure at Kew Gardens in London. There’s also the 1887-built ’tropical ravine’ that recently enjoyed a £3.8m spruce-up, triple glazing to save energy while keeping the flora happy. The gardens regularly host events and gigs – it’s all pretty blooming marvellous.

8. Paint the town in the Cathedral Quarter 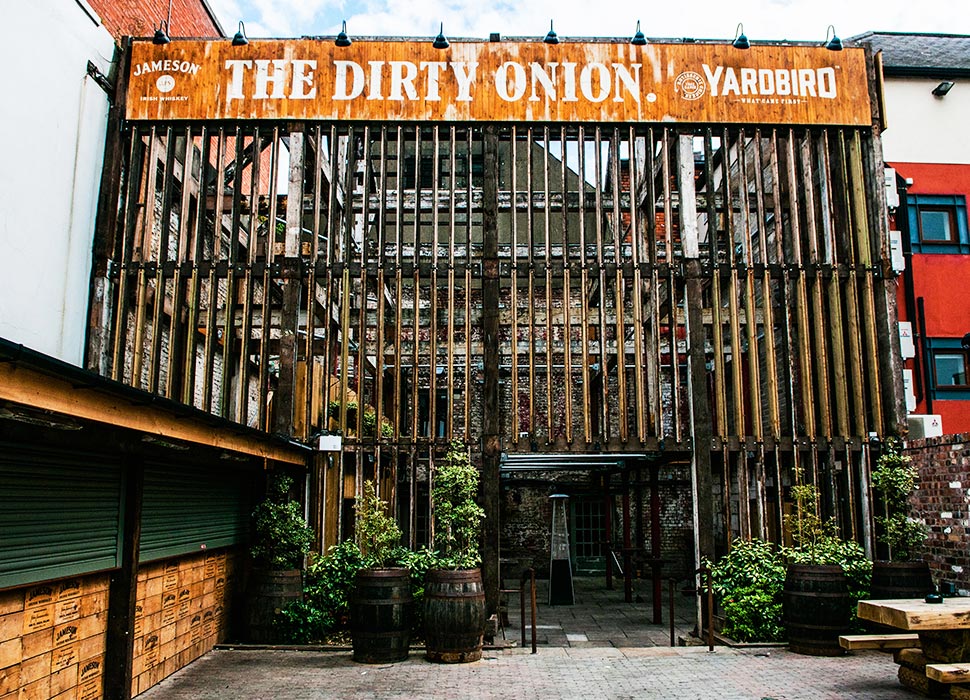 The Dirty Onion is a fine place to get pickled / Image: Alamy

Sure, St Anne’s Cathedral, with its elegant 39m stainless-steel spire, is lovely enough. But the main reason come to the Cathedral Quarter is to have a few sherbets and get acquainted with the locals. In among the street-art daubed lanes you’ll find a bevy of exceptional watering holes: The Dirty Onion (at 3 Hill Street) is a fine shout for live music; Bear & Doll at (10-30 Library Street) knocks up chic modern cocktails; and The Spaniard (3 Skipper Street) is a safe bet if you like dancing and somewhat risqué decor. You might even pop by St Anne’s for a swift absolution afterwards.

9. See democracy in action at Stormont 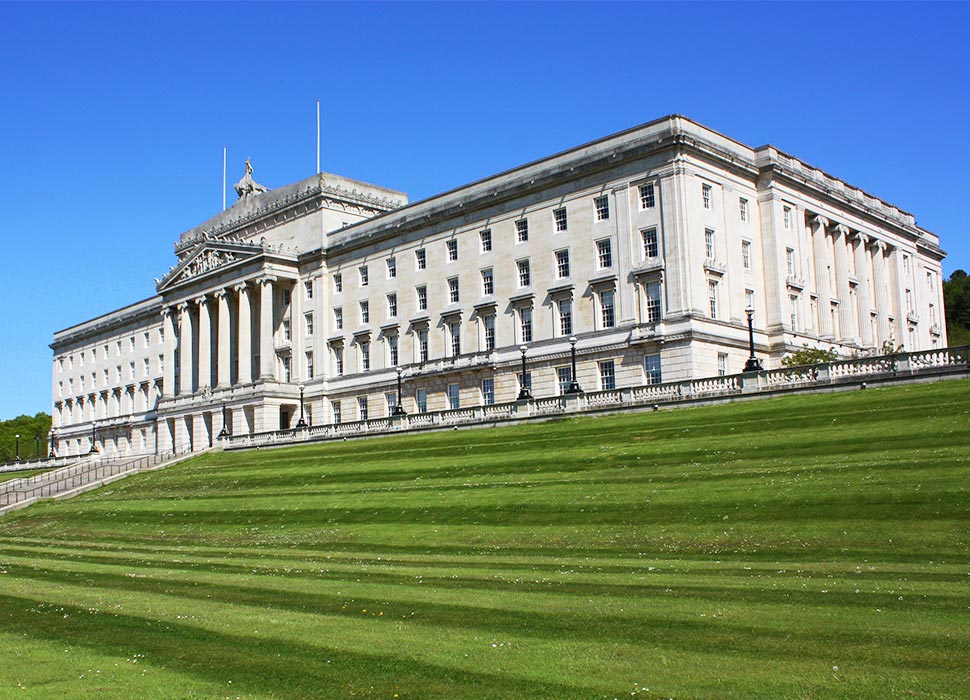 Set in a magnificent neoclassical pile designed with great symbolism by Sir Arnold Thornely – it has six floors and six pillars, representing the six counties of Northern Ireland, and the whole place is 365 feet wide to represent the days of the year – Stormont is a mighty monument to political stability in a country where that’s sometimes been anything but assured. Take a wander around the lavish grounds, and even book a nosey around inside the power-sharing executive to experience one of modern history’s most successful political experiments for yourself. 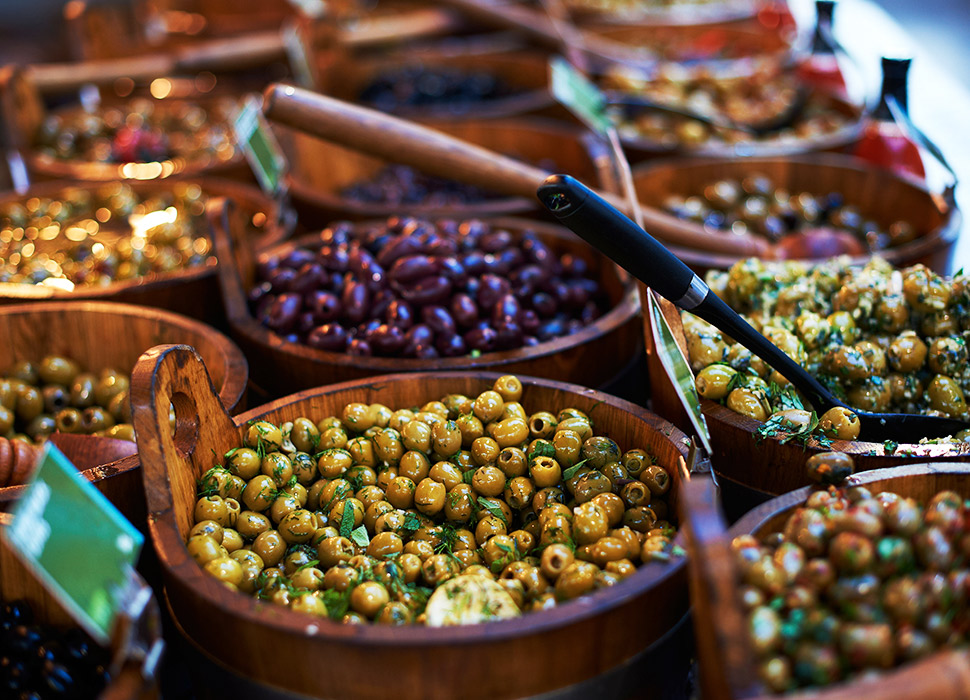 The current St George’s market building – with its grand, high-Victorian ironwork – dates back to the 1890s. But locals have been congregating on this spot to flog each other stuff for way longer than that. The Friday Variety Market has been going since 1604 and still welcomes eager punters perusing everything from fruit and veg to antiques, books, clothes and a dizzying array of fresh fish. The building was gussied up in 1997 and has a very reputable restaurant upstairs called Stock, where you can sit on the veranda and savour the happy hubbub of commerce below. Sold.

The best things to do in Salzburg

The best restaurants in Salzburg