Aslıhan Güngör carries her harp into the hills / Image: DHA

This Turkish harpist plays concerts to no-one but nature

Aslıhan Güngör carries her harp into the hills / Image: DHA

In the southern province of Antalya, the harpist Aslıhan Güngör plays to an unreceptive audience: nature. She carries her 39kg and 1.80m-long harp almost everywhere she goes, plucking the strings of her grandiose instrument wherever she can.

She says playing the instrument in an unusual setting increases her motivation and her love for her instrument, commonly used in classical Western music.

So far, the Mimar Sinan Fine Arts State Conservatory Faculty graduate has performed in many ancient cities with her instrument. Güngör now wants to play in Göbeklitepe, the 12,000-year-old settlement in the southeastern province of Şanlıurfa believed to be the world’s oldest temple. 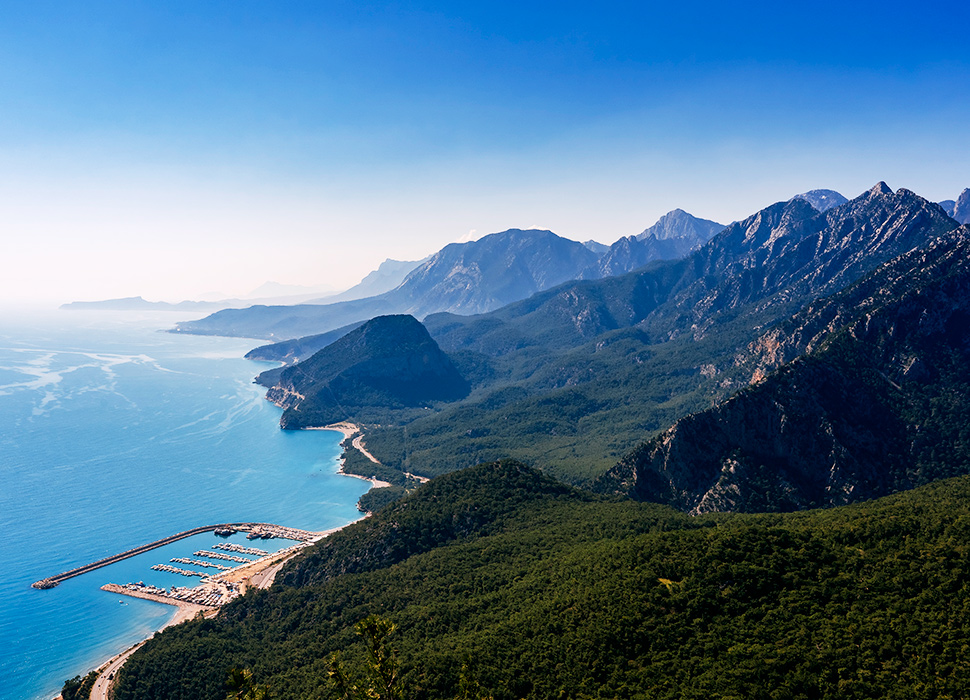 I began playing the harp when I was 10 years old. I fell in love with its distinct timbre and carried on my studies at a conservatory after primary school. Now I travel around the world playing with lots of regional orchestras, including the Antalya State Symphony Orchestra.

When I moved to the countryside, I became attuned to nature’s incredible harmony. I grew up in Istanbul but relocated to Antalya four years ago. You can really hear the natural world here if you listen closely – the rain, wind, animal calls. The outside world has its own rhythm and sound, and that makes it invariably connected to music.

Playing music in the middle of nature satisfies my soul. I started to take my harp outside when I moved to Antalya. Now I do it regularly, giving little concerts with just the trees, mountains, or sea as my audience. It’s something I do just for me – it helps me feel happier and more productive.

"The outside world has its own rhythm and sound"

Lugging a harp uphill isn’t an easy task. Of course, it’s a very heavy instrument, so when I take it somewhere remote I need to be careful. But I think if you love your instrument, it sort of becomes a part of you, and you somehow manage to carry it anywhere.

I’m inspired by the serenity and simplicity of Antalya’s natural landscape. I love playing among the Taurus Mountains, or on Turkey’s beautiful coast. I can feel a specific flow of energy from the Aegean Sea that I try to convey in my music.

You can feel the spirit of the past wherever you go in Antalya. It’s an ancient city that’s played host to so many different civilisations, and you can see their shadows everywhere. I love walking around the Old City – it has such a rich texture. The Antalya Museum is also great for exploring the city’s history.

But my favourite place to find peace is the cliffs on the edge of town. I’ll often camp out on the edge of a crag and watch the sun rise or set over the sea. The reflection of the full moon in the water gives me the joy I need to make art.

The most stunning beaches in Spain