7 unmissable museums and attractions in Antalya

The gateway to Turkey’s Turquoise Coast, Antalya has become a destination in its own right thanks to its charming old quarter and kid-friendly appeal. Visitors are guaranteed to fall for its cultural centre, wedged between perfect strips of sand and overlooking Mediterranean waters that live up to their colourful name. Here are the best of the city's museums, sights and other attractions. 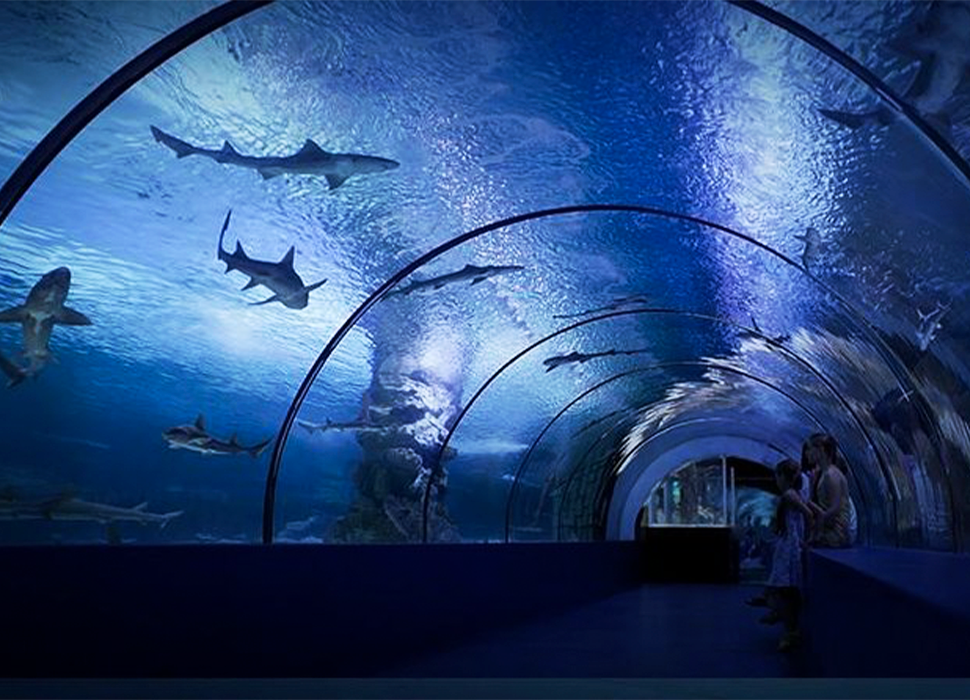 Kids in tow? No problem – when you need a respite from the sun, this sprawling aquarium complex has shark feeding sessions, a natural snow museum, a high-tech oceanic cinema and a tropical reptile house. It’s the world’s largest tunnel aquarium, meaning that you’ll get up close to the marine life on all sides as you walk besides gliding stingrays, clownfish (a la Nemo), lionfish and more. You’ll find it at Konyaaltı Beach – look for ticket deals online. 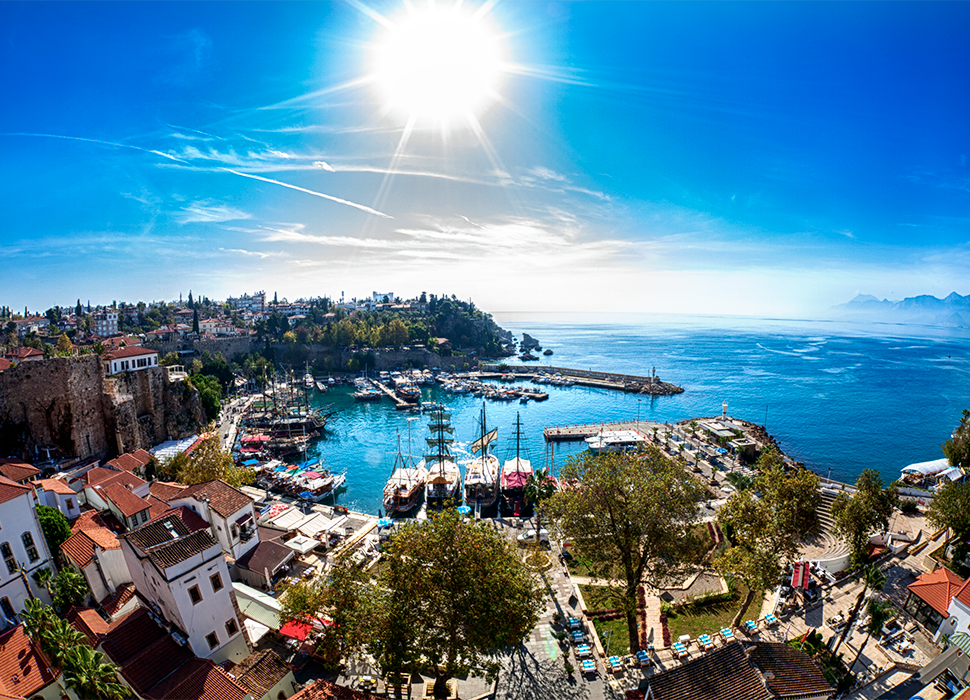 Crowded with bobbing sailboat masts and traditional Ottoman houses, Antalya’s old working harbour is pretty as a picture. It’s existed since Roman times but was restored in the 1980s. Above the boats looms the hulking fortified walls of Kaleiçi, Antalya’s old quarter – a highlight of the area, with cobbled lanes worth an afternoon’s exploration. 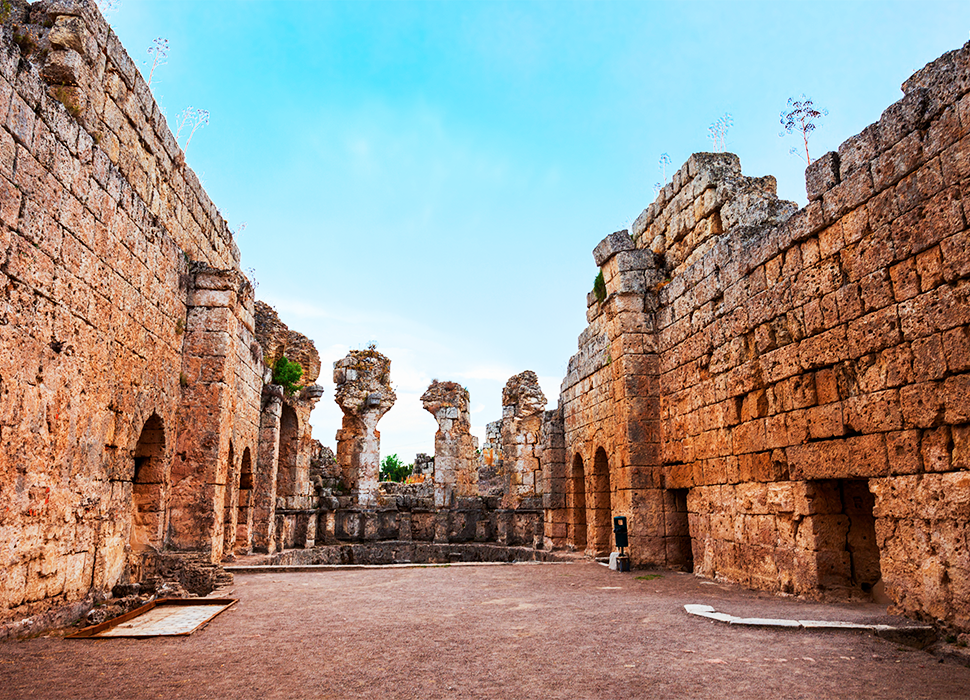 Ready for a history lesson? You’ve come to the right place, because Antalya is crammed with ancient glories. Perge is one of the Pamphylian cities, believed to have been built in the 12th and 13th centuries BC. During its illustrious life, it was ruled by Persia, then surrendered to Alexander the Great in 334 BC. After the Ancient Greeks, the city thrived as a Roman settlement between the 2nd and 3rd centuries AD. The ancient ruins include a theatre, stadium, remnants of the city walls, a basilica and baths. 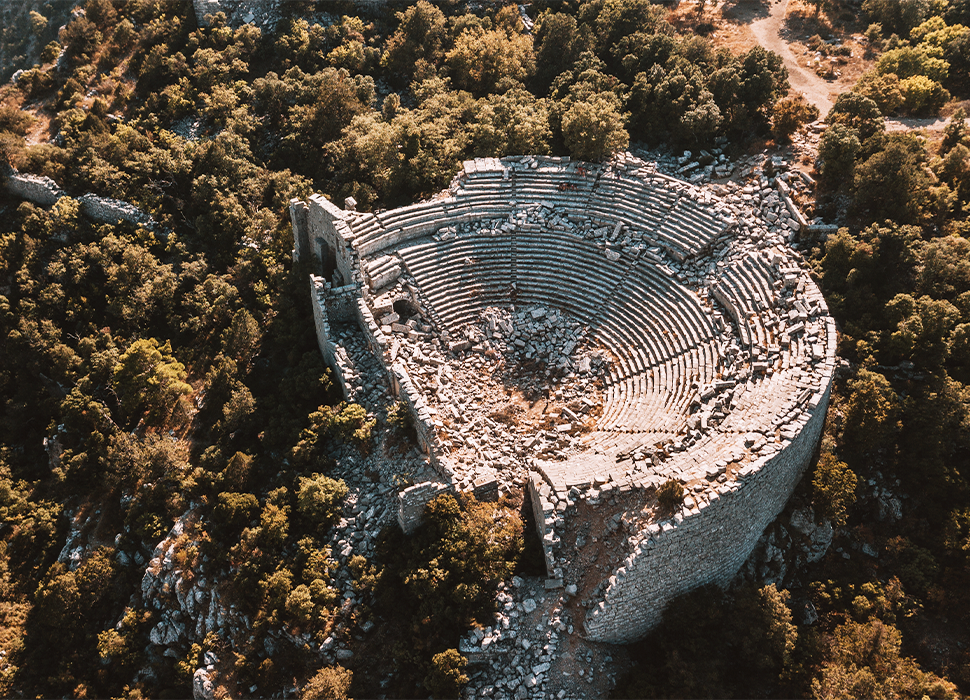 The ruins of Termessos comprise one of Turkey’s best-preserved archaeological sites, thanks to a hillside position where they have remained protected by pine forests for thousands of years. At 1,050 metres above sea level, they well deserve the nickname of the 'Eagle’s Nest’ bestowed by locals. Like Perge, Termessos is thought to have been founded by an ancient Pamphylian tribe and, ruins aside, its precipitous location makes it a wonderful spot to explore. 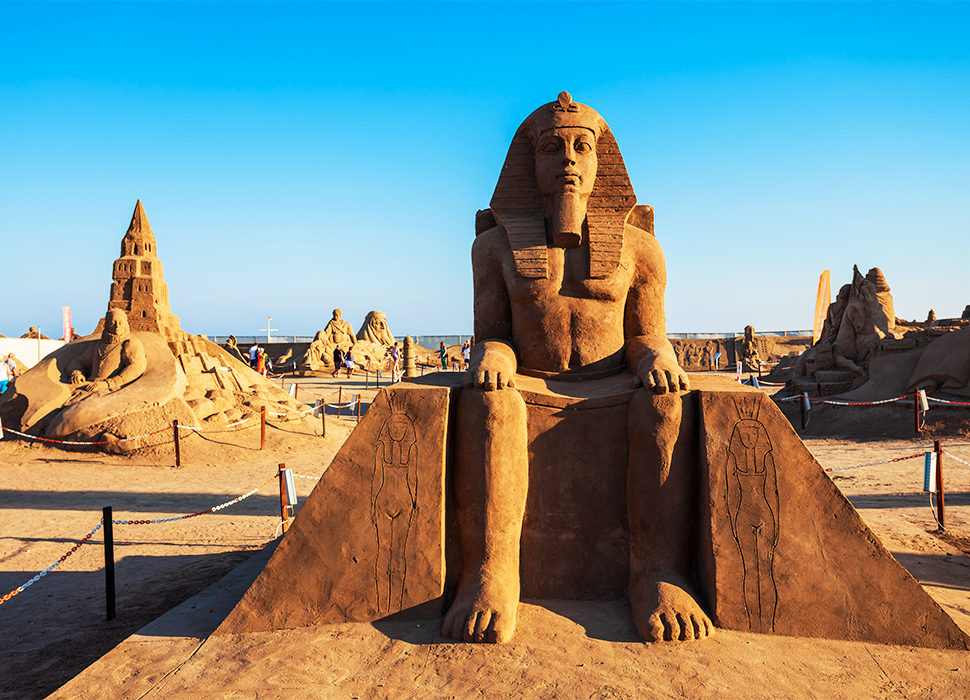 Taking sandcastle building to a whole new level, the seriously talented sculptors of Sandland can create just about anything with sand and water. Once a year, they descend from all over the world to spend three weeks toiling away on 10,000 tonnes of river sand over an area of 10,000 square metres. Sphinxes, temples, animals – you name it, you can find it here at this bonkers open-air gallery on the Lara coast. It’s the only sand sculpture museum in the world that’s open year-round. 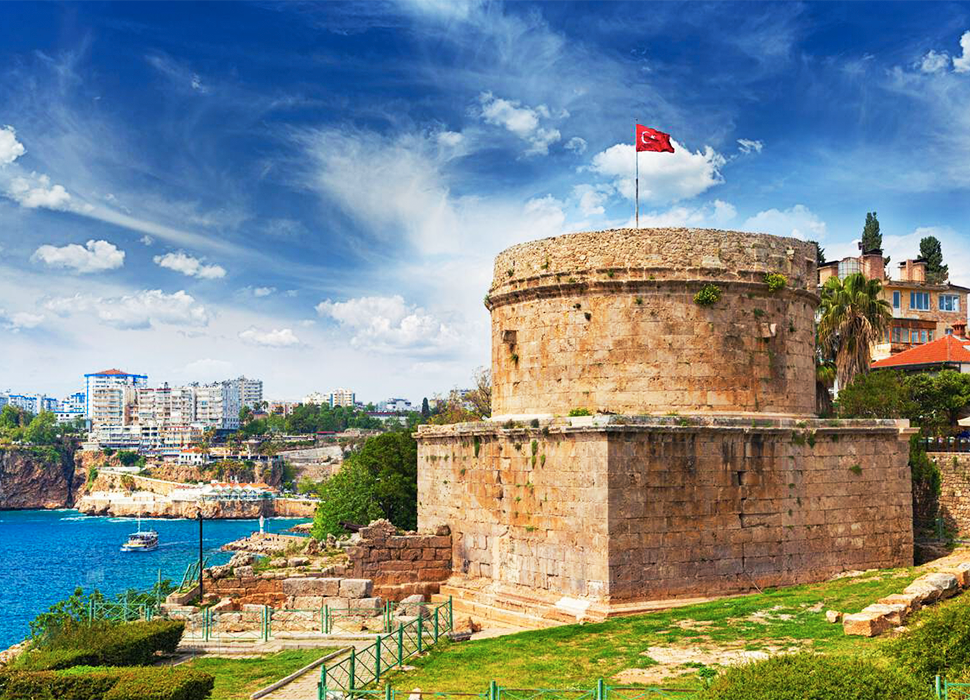 The Roman tower in Karaalioğlu Park

Just outside the old quarter of Kaleiçi, lovely Karaalioğlu Park occupies a swell coastal spot and views over to the former's ancient harbour. Broad palm-lined promenades drink in sea views and there’s even a 2nd-century Roman tower gazing out over the Med. On weekends, the park is thronged with strolling locals and buskers catching sea breezes. 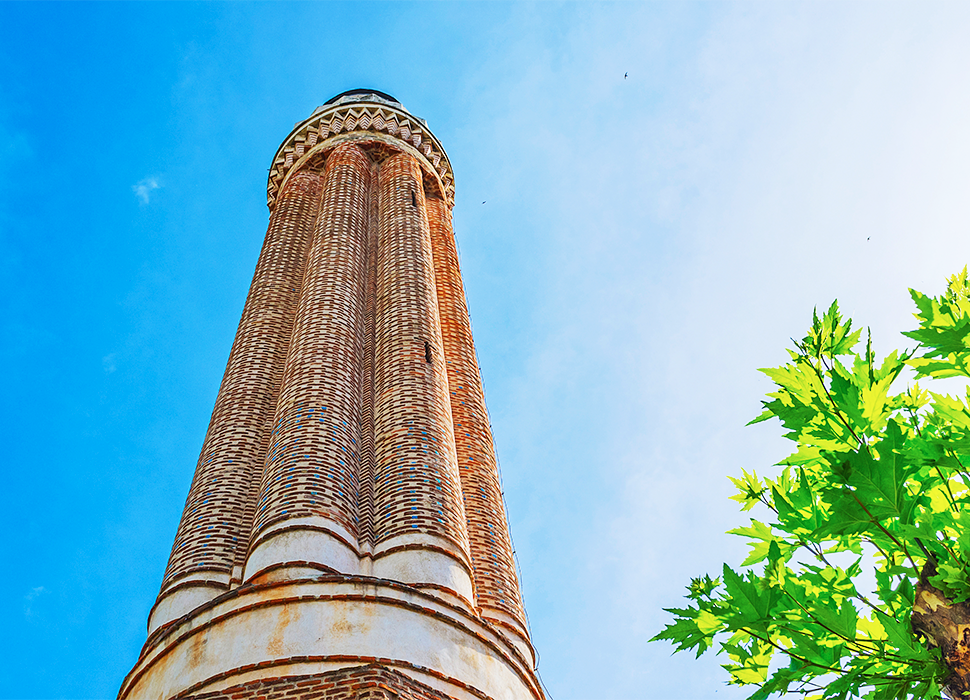 Often described as the symbol of Antalya, Yivli’s striking, fluted minaret rises like a beacon above Kaleiçi. It was erected for Seljuk Sultan Alaaddin Keykubad I in the early 13th century and the mosque it’s attached to is still in use today. There are also two 500-year-old tombs within this Unesco-listed complex, and visitors can find a little-known Sufi museum inside what was once a monastery for whirling dervishes.