From coastal cascades to kick-ass kebabs, brilliant bazaars and ancient amphitheatres, Antalya's mix of old and new is totally alluring. Here's the best of it 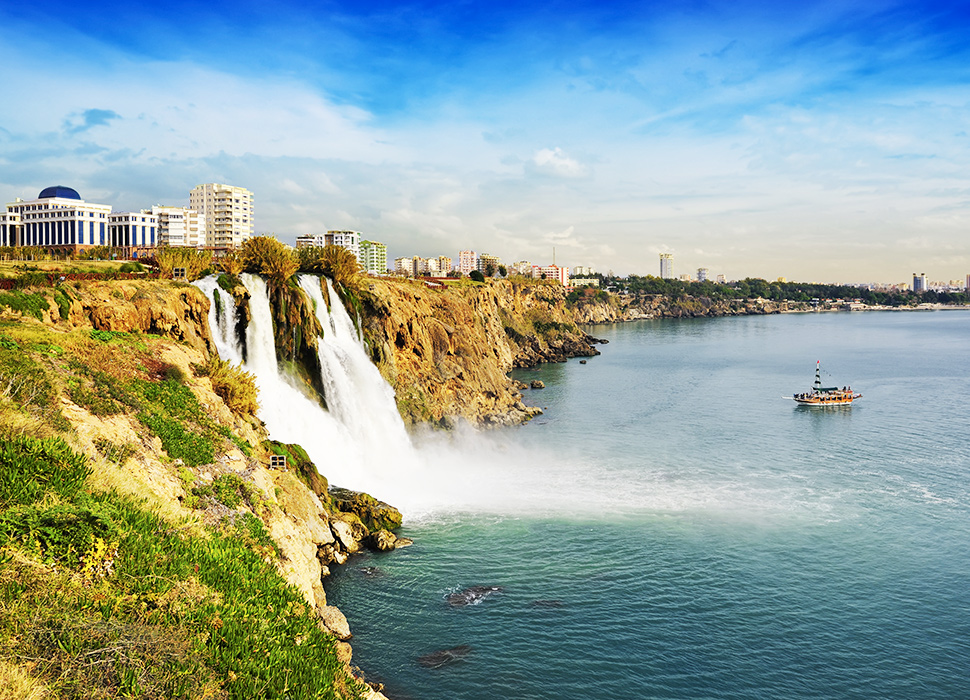 The lush landscape around Antalya knows exactly how to make a splash, largely by way of a host of striking waterfalls. For your 'classic' azure-blue cascade, with loads of handy picnic spots nearby, check out Kurşunlu Falls (19km or so from Antalya, near Topalli). A little more off the beaten track, Uçansu Falls near Kozan promises 50m of unbroken water to those happy to take on a bit of a hike; the most beautiful, Duden Falls, is a two-stage seaside treat that actually starts life at an inland recycling plant. Which just shows the glorious things that can happen when we show nature a little TLC.

2. Get a god complex at the Archaeological Museum 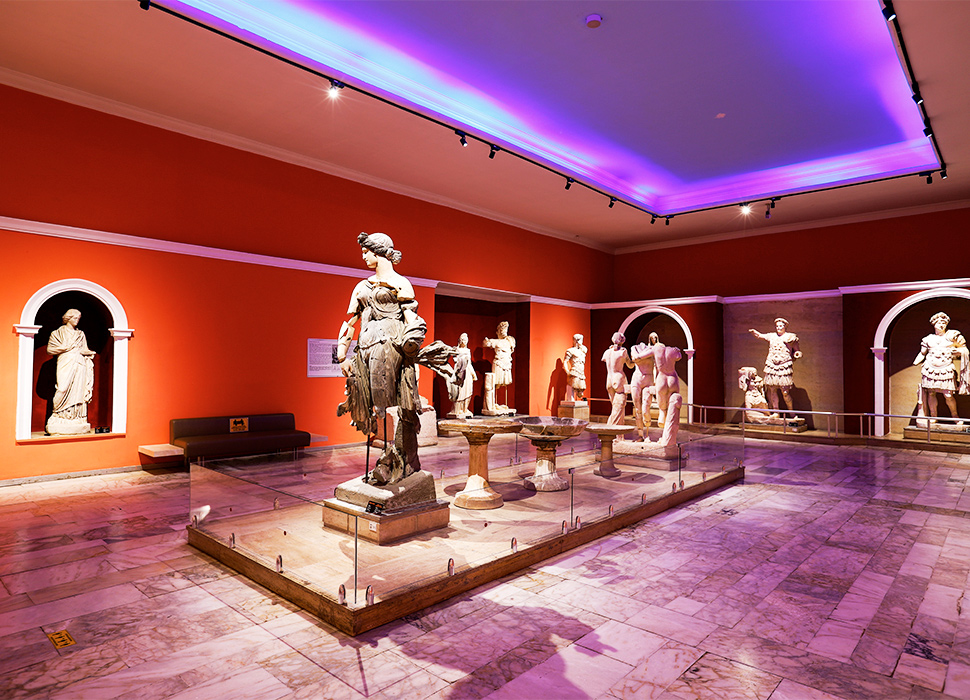 Antalya’s prime location on the Mediterranean's eastern reaches means it was front row for the rise and fall of the great classical civilisations. Hence why its Archaeological Museum is so rich with treasures. Some 13 halls burst at the seams with artefacts including statuary, sarcophagi, interesting coins, wine cups and jewels, with whole complexes of rooms dedicated to Zeus, Artemis, Aphrodite, Hecate, Hermes and Minerva, plus other immortal and divine bigwigs.

3. Feel the temperature rise at a hammam 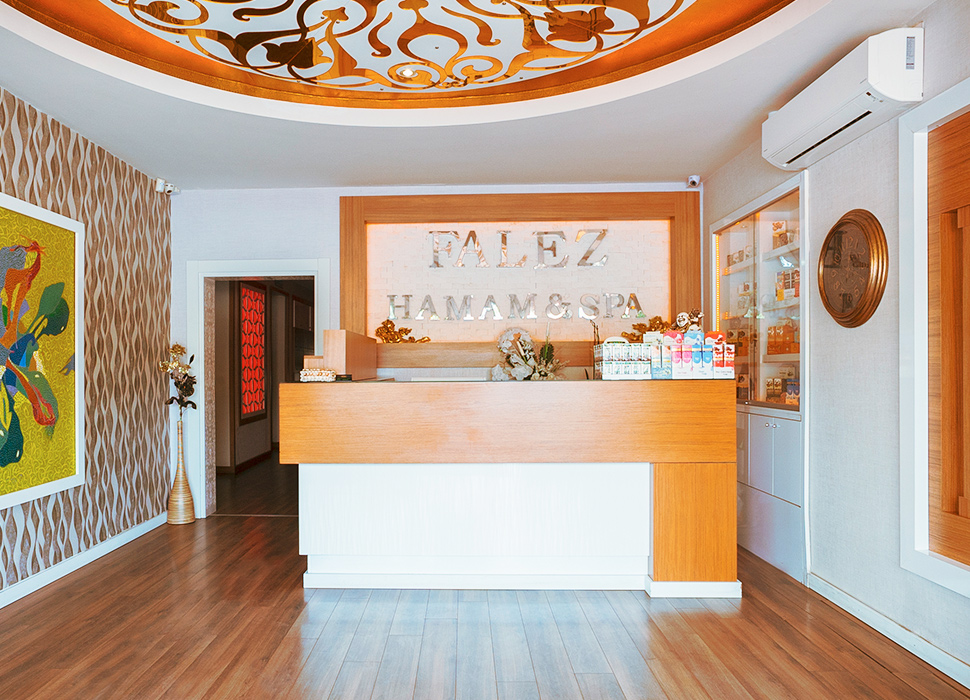 Pop along to Falez Hamam for an authentically steamy experience

The classic Turkish bath-house experience has been a staple of life in these parts for centuries. All differ slightly, but broadly speaking you can expect a hot room to steam in, a warm room for a scrub and a cooler room to chill out in afterwards. You’re expected to be naked, or nearly naked, under your robe, and there’s strictly no gender mixing. For an authentic, deluxe experience try Sefa Hamam near Hadrian’s Gate; for a more contemporary vibe, Falez Hamam on Atatürk Boulevard will loosen you up in a smart, stylishly lit setting. 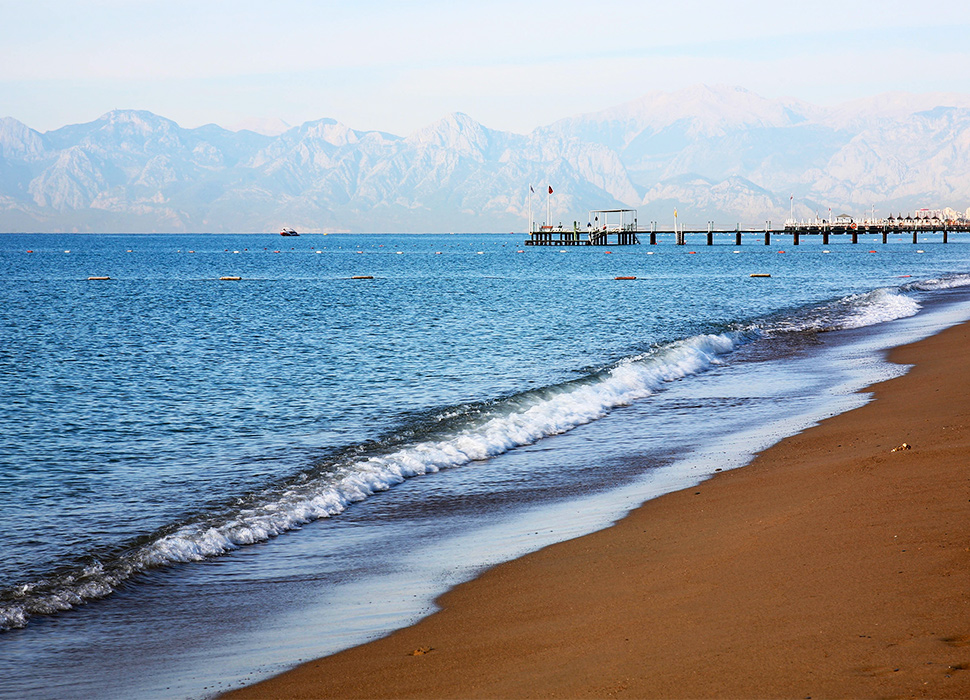 Lara is referred to – affectionately, really – as the ‘Turkish Las Vegas’ due to its strip of bonkers all-inclusive hotels. One is designed to look like the Kremlin, of all places, while another uncannily resembles defunct supersonic aircraft Concorde. But, gaudy stays aside, Lara offers everything you could ask of a beach. It’s sandy, which is fun for the kids, and it’s blue-flag certified clean, which is a relief for you. The romantic Bey mountains loom in the distance, and the sea is warm and begs to be splashed about in. And there’s loads of free parking.

5. Act up at the ancient theatre of Termessos 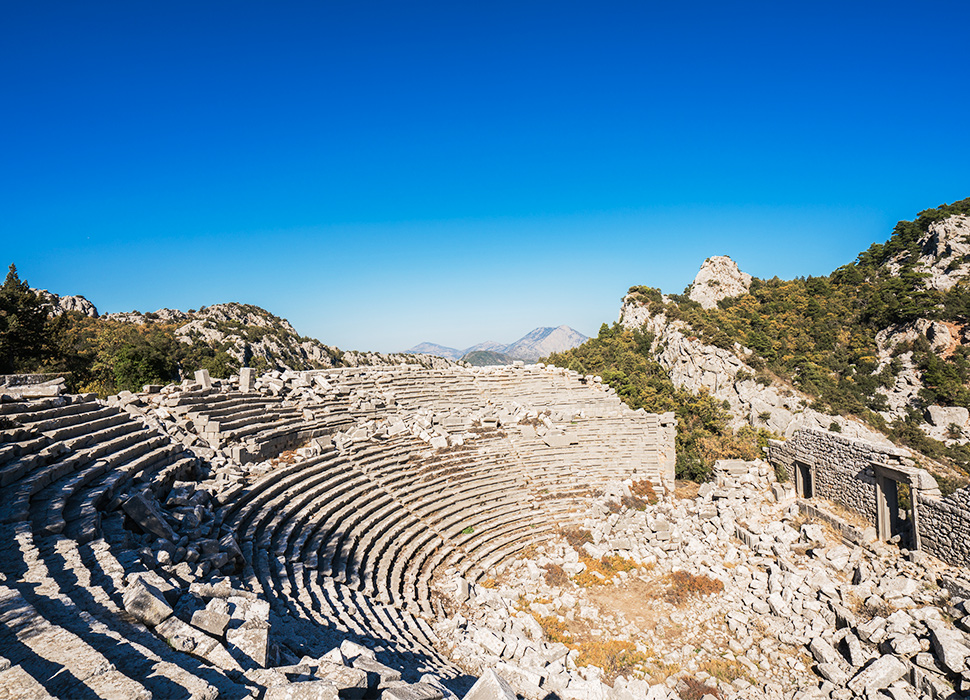 The ancient city of Termessos is regularly referred to as the Turkish Machu Picchu – mostly as it's situated a full kilometre above sea level and shrouded in thick pine forests. Alexander the Great famously gave up trying to conquer it and sloped off in a huff to take his anger out on nearby Sagalassos. Today the most remarkable remnant of that proud citadel is the 5,000-seat amphitheatre, where you can sit and gaze out over the Pamphylian plain and neighbouring mount Güllük Dağı.

6. Perfect your haggling at the Old Town bazaar 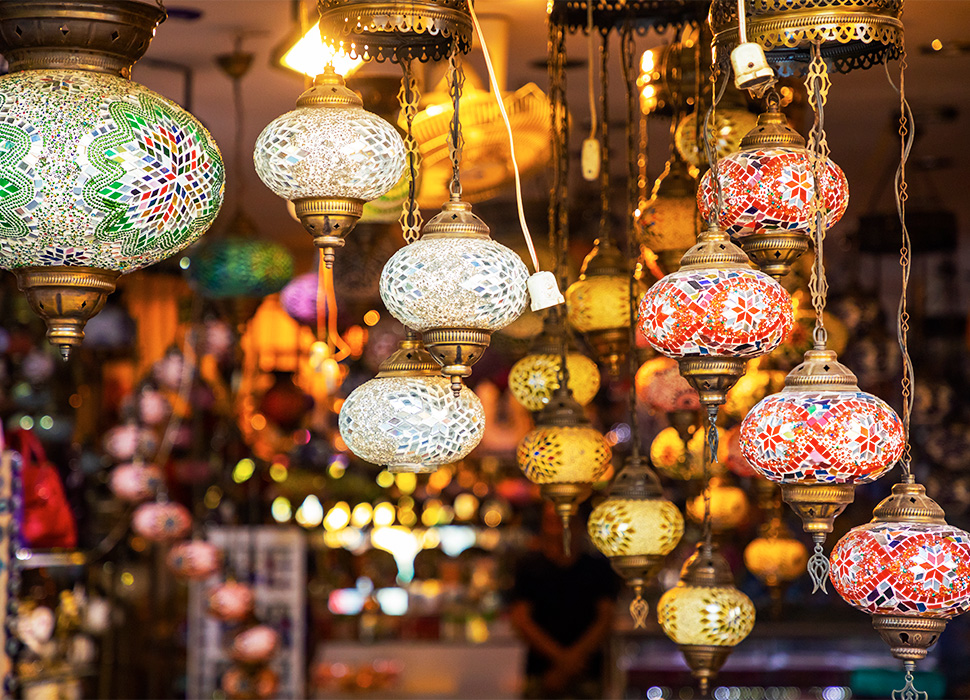 Put your dealmaking skills to the ultimate test at İki Kapılı Han, Antalya's charming old covered bazaar. Whether you’re looking to grab a colourful handmade lampshade, a pretty Iznik tile, some cool jewellery, a copper pot, a bag of fresh fruit or some marginally iffy sportswear, this is the place. Just remember, the price they give you is just a starting point. Dig your heels in and make sure you get a discount – they’ll honestly respect you more for it. Not only has haggling been part of the fun here for centuries, it’s genuinely exhilarating when you pull it off.

7. Munch on marvellous meze at 7 Mehmet 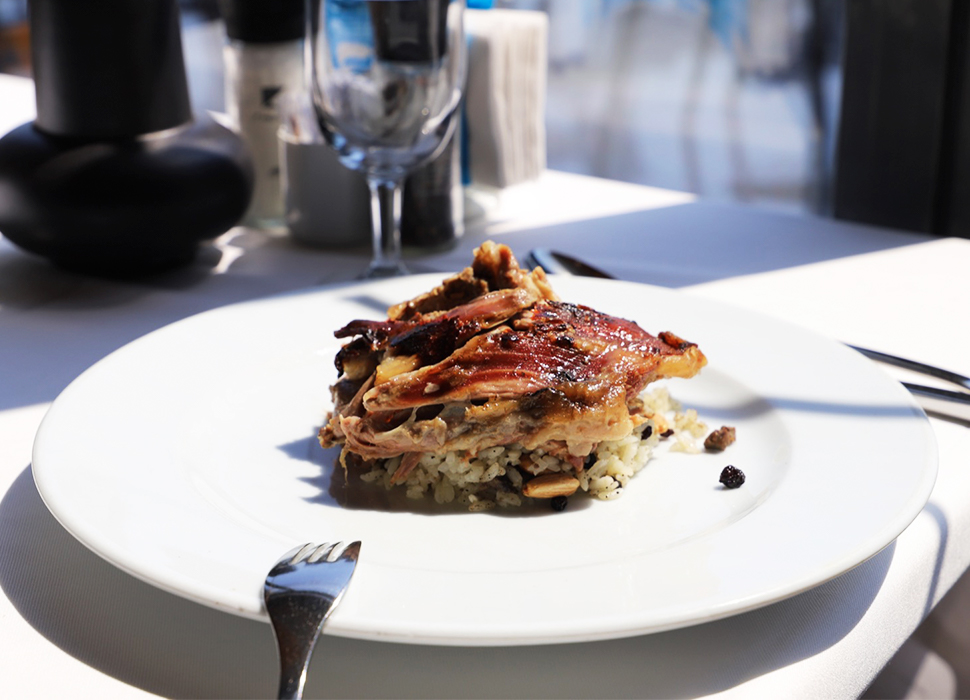 Head chef Mehmet Akdağ represents the third generation of his family to oversee the kitchen at 7 Mehmet, a much-loved traditional Turkish joint which commands knockout views out over the Mediterranean. Meaty Anatolian flavours mark out the meze, alongside plenty of grilled fish, stylishly plated tzatziki with pomegranate, roasted aubergine, grilled tripe (if you’re feeling punchy) and a celebrated traditional pumpkin desert blessed with lashings of Turkish cream. Old-school spice doled out with Insta-worthy contemporary flair? It all makes for the fanciest kebab you’ve ever eaten.

8. Take a long view on the cable cars 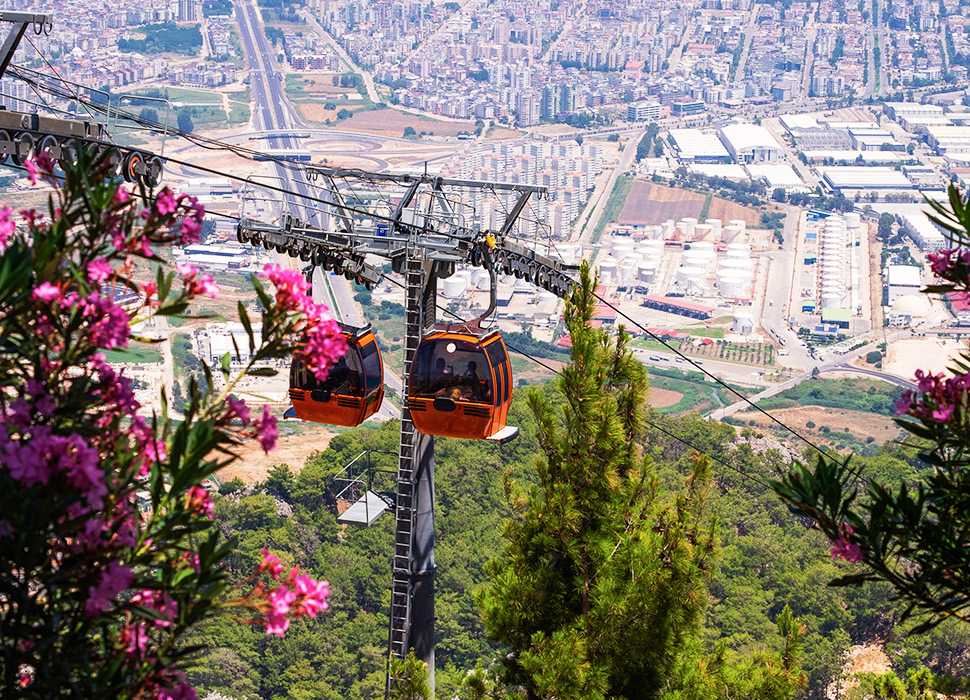 The magnificent Bey Mountains – the local stretch of the almighty Taurus chain – stand out as a pretty, cinematic backdrop to any Antalyan break. So why not ride up there yourself? The Tünektepe Teleferik cable car whisks visitors 1,700m across the vertiginous face of the 618m Tünek Tepe hill, to a lookout with its own hotel, respectable nightclub, cool café, rotating restaurant and a bazaar for traditional crafts. But mainly you’re there for the absolutely heartstopping views back over the city and the bay – it's utterly uplifting stuff.

9. Play nice at the Toy Museum 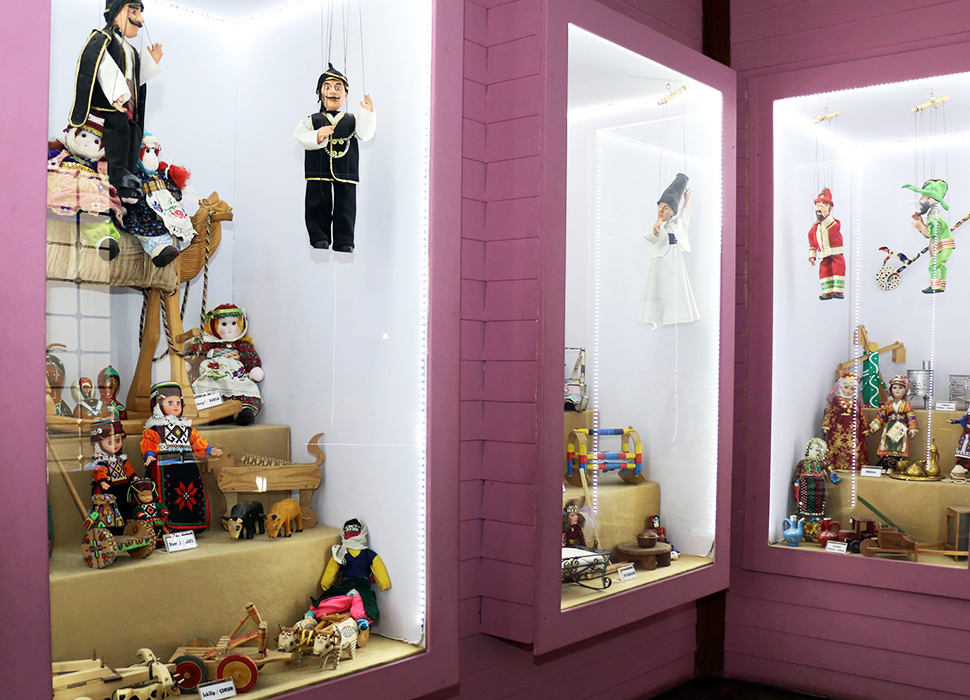 The museum is home to myriad magical marionettes

Culturally, Turkish folk idolise the innocence of childhood. And nowhere is this more adorably in evidence than at the Antalya Toy Museum. Well over 1,500 classic playthings – everything from Barbie dolls to mini soldiers and model ships – are lovingly presented in a sprawling collection spanning three centuries of play. A great way to show your own little mites that good fun isn’t always mediated by a screen, and a beautifully presented place to revel in your own bright pangs of nostalgia.