These 9 unique hotels have to be seen to be believed

Fancy, fascinating and downright fantastical, these hotels are among Europe's very best places to stay, and you can book right now

Not all hotels are made equal. Some have a USP that makes it a destination in itself, rather than simply a place to lay your head while your real holiday happens elsewhere. We’ve rounded up nine European hotels with that little special something – whether simple, subtle or more obviously spectacular.

Please note, this article includes sponsored content from our advertisers

The one with the coolest pool 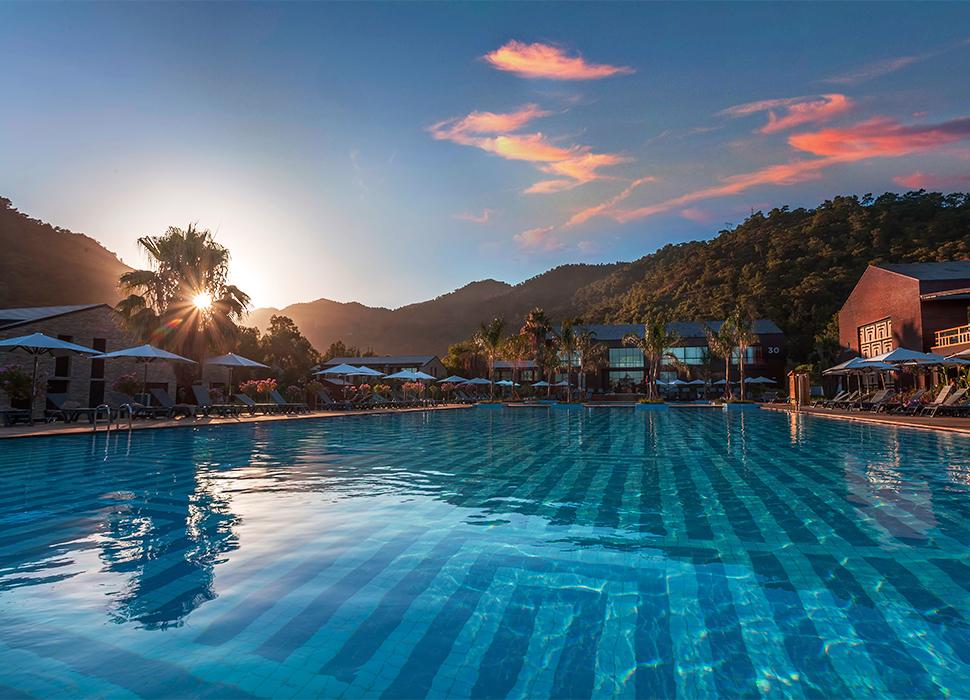 Your holiday's bound to go swimmingly with a pool like this

What? A tranquil resort looking over turquoise Göcek bay, in the shadow of the Taurus mountains.

Why go? For the seriously serene swimming ops. This all-inclusive, adults-only pad is luxurious to the max, with only suites available – the most impressive of which come with private pools, saunas and even butler service. Did we also mention there's a totally private beach, which guests are ferried to via free boat shuttle, to lounge insouciantly on sunloungers elevated above the water? Well there is. Wetter, it seems, truly is better. 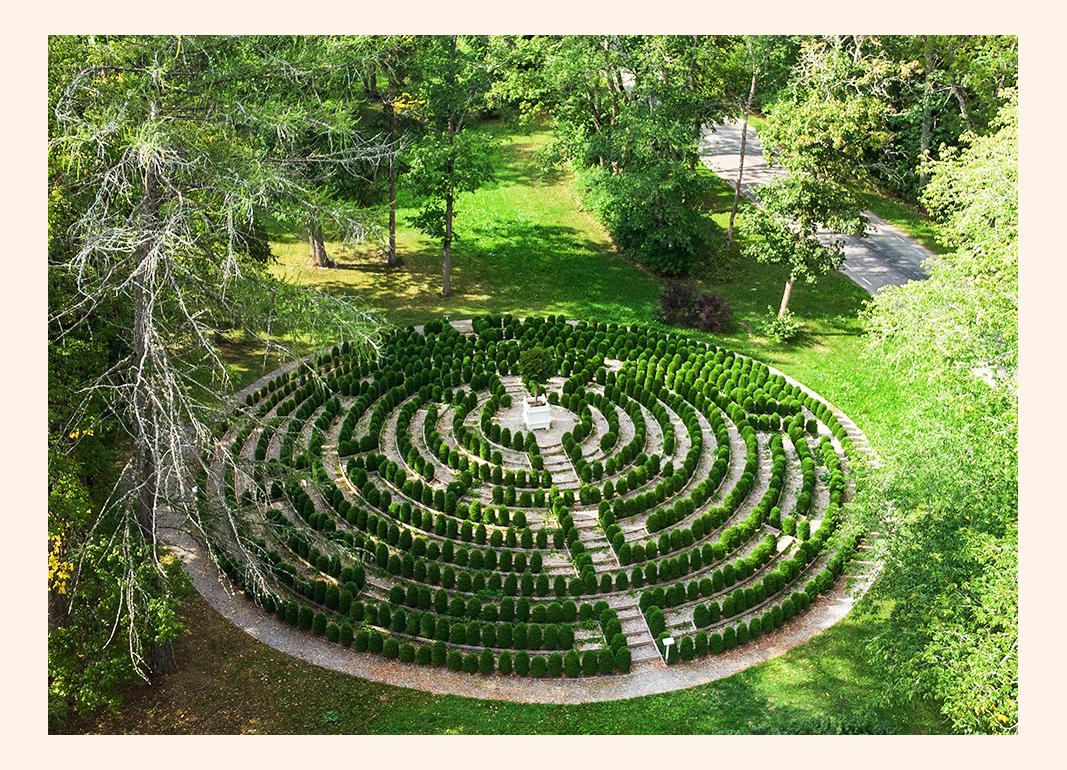 Where? Laitse Castle, near Tallinn, Estonia

What? An ersatz castle – built in 1829 by Woldemar von Uexküll to resemble a medieval knight’s stronghold – now repurposed as a luxe hotel.

Why? The castle’s majestic exteriors conceal a mash-up of Medieval and Art Deco details within – the perfect setting for the murder mystery evenings and boudoir photoshoot packages (among others) offered by the hotel. But the real highlight lies outside: Thousand Tuft Hill is an elaborate tree maze made up of a thousand dinky bushes, giving the grounds seriously ornate, wonderland vibes.

The one with the spectacular light show 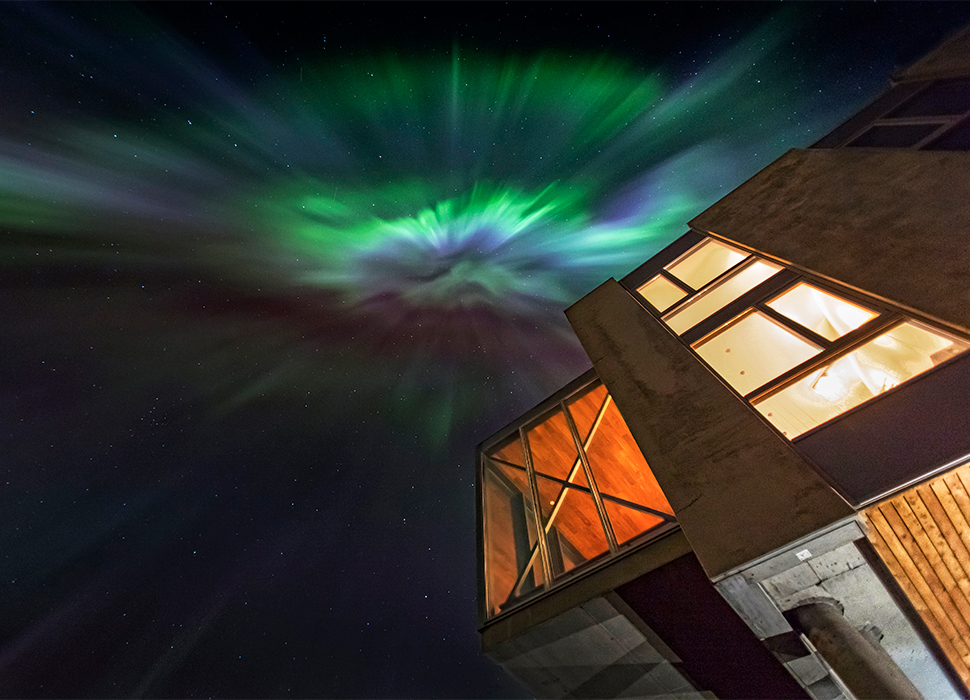 What? An abandoned-inn-turned-design-hotel set against the rockin’ geological landscape of Iceland’s Thingvellir National Park.

Why? As well as boasting excellent sustainability credentials, ION is an amazing place to catch sight of aurora borealis, AKA the northern lights. Nature’s finest spectacle runs late August to mid-April and the hotel affords a front-row seat. The only requirement is that you need to be a guest which, thanks to contemporary rooms fitted with cloud-like beds and furry throws, is no hardship.

Read more: Get into hot water in Reykjavik

The one with the epic view 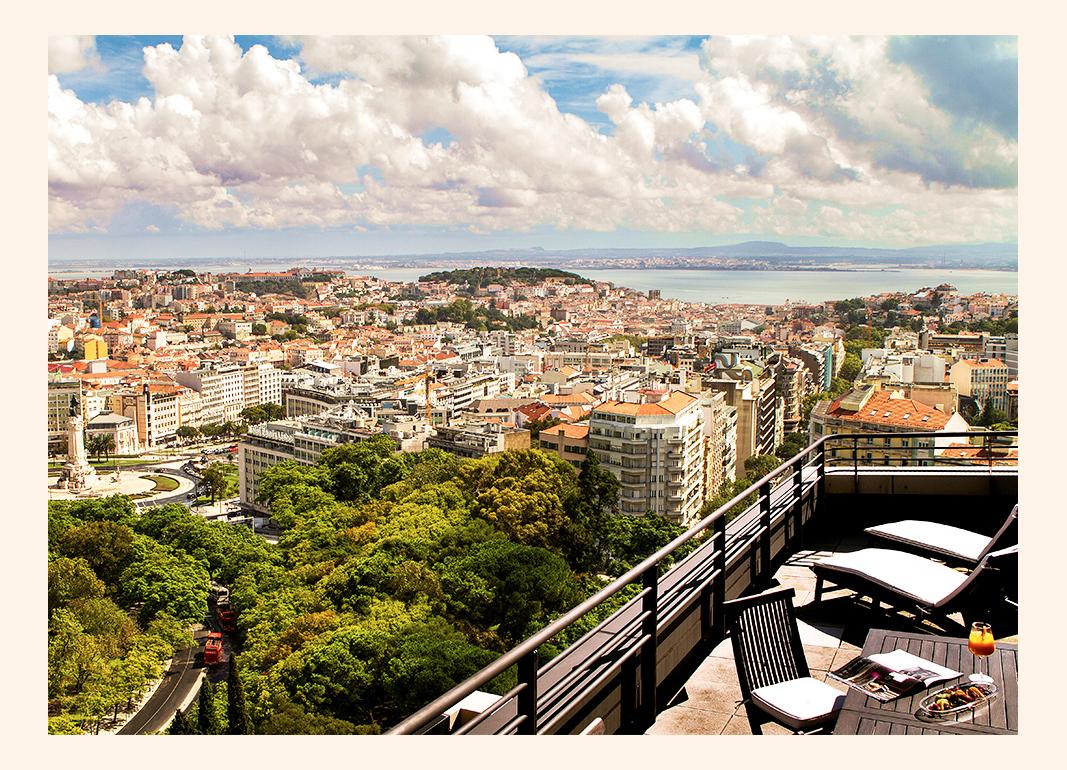 What? A high-end, modern hotel located in the heart of Lisbon.

Why? Conventionally luxe the Intercontinental might be – with its steely-hued soft furnishings and creamy marble accents – but its secret weapon is more subtle. Guests should hot-foot it to the upper floors and drink in a truly swoonsome view of the Lisbon skyline, stretching from the neighbouring Eduardo VII Park, over the Old Town and Barrio Alto to the shining levels of the Tagus river.

The one with the top tub 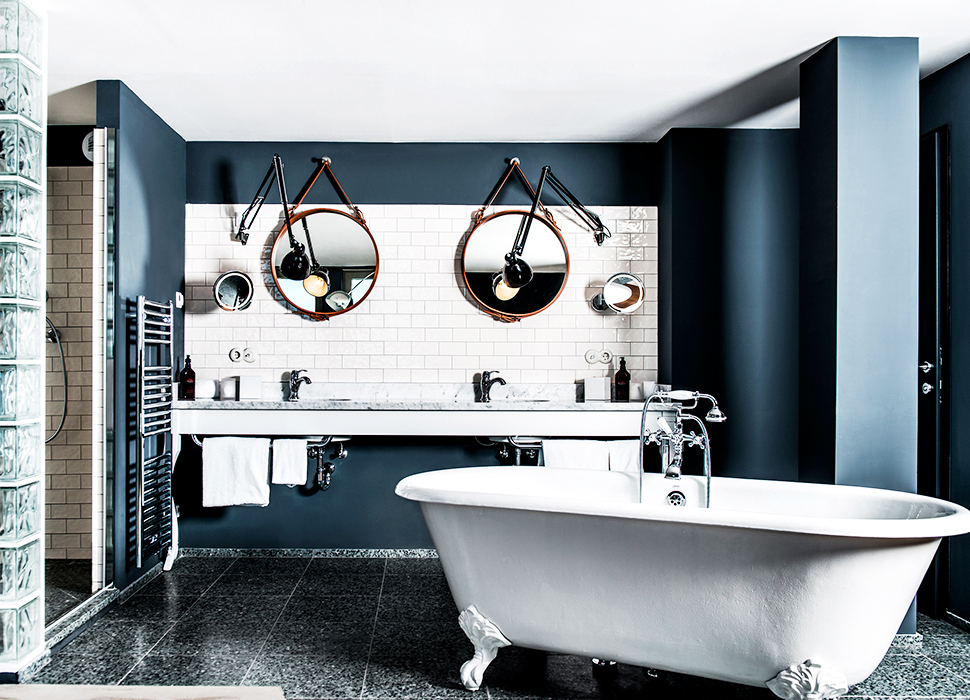 Getting clean is incredibly serene when you've a bath like this

Why? To rub-a-dub-dub in a truly resplendent tub. Picture it: after a long day out, you retreat to your suite and run a bath in your regal tub. You sink into the water and gaze out the windows, where the twinkling Vienna skyline lies beyond. Once you’re scrubbed up, head to the rooftop Grand Étage, where guests sip cocktails to a heart-stopping view of the city.

The one for horsing around 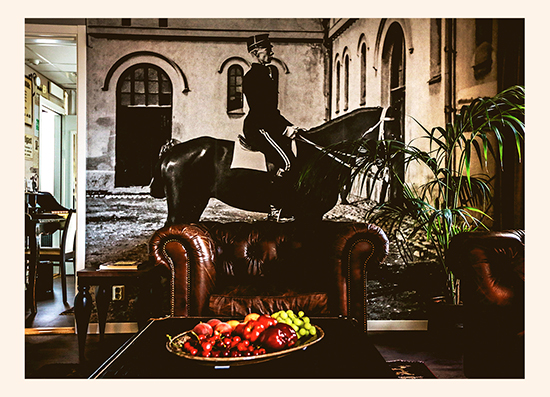 What? An affordable institution of a boutique-ish hotel on central Stockholm’s Bryggargatan.

Why? Freys may be a bit more pared back than some on this list – but what it lacks in spectacle, it makes up for in cockle-warming backstory. The name harks back to Frey, the winning horse in a 320km race between Stockholm and Jönköping in 1895. An eponymous carriage company catered to wealthy Swedes into the 20th century, before Anders Läck opened his identically titled, family-run hotel in 1988, in homage to this equine history. These days, Freys even sponsor a horse in Sweden’s Royal Mounted Guards, in memory of its titular mascot.

The one with the glam gazebos 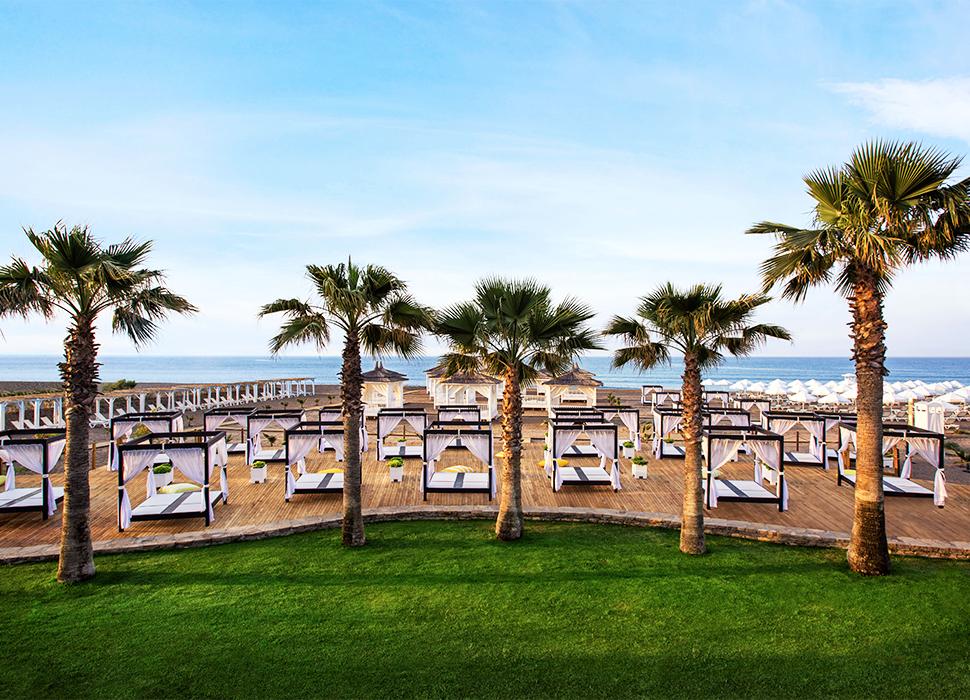 Relax to the very max in your own personal sunbathing tent in Antalya / Image: © 2020 Barut Hotels, All Rights Reserved

What? A five-star, family-friendly stay on the Turkish Riviera near Antalya – crafted in blue and white tones, with a spa to massage away your worldly troubles and an unending complex of pools.

Why? To recline within one of the hotel’s many alfresco, ocean-facing gazebo beds, shrouded by gauzy curtains so you can relax like a Roman emperor in total privacy. They’re located just back from the hotel’s private beach where you can use the vast, turquoise sea as your own personal pool (or just flap around on the golden sands like some over-indulged turtle). Bliss.

The one with inspiring Arctic eats 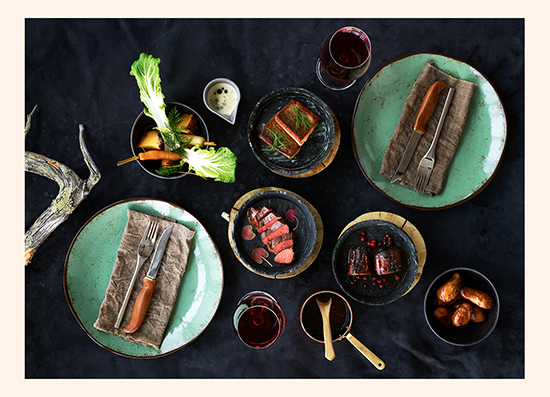 Why? All that glitters isn’t gold, but Kulta – Bulevardi’s in-house restaurant, the name of which is Finnish for the shiny stuff – is a treasure. The remit? Hearty, seasonal north-Nordic fare, much of which is cooked over an open flame. Flora and fauna both get a look in: from cheffy takes on elk, whitefish and a ‘daily reindeer’ dish, down to smatterings of cloudberries, regional mushrooms, spruce tips and burned-clearing turnips. Haute cuisine doesn’t come much more rugged.

The one with the right-on reading nook 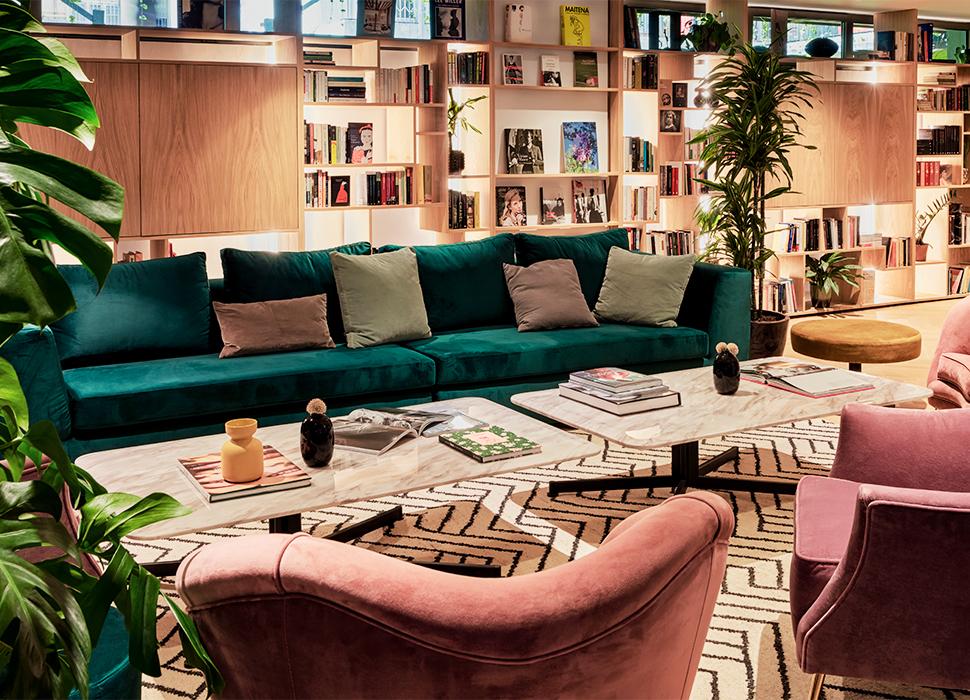 What? An artfully-designed boutique hotel occupying a prime spot off the Passeig de Gràcia. Its highly bougie rooftop sundeck club has become quite the meeting point for influencer types.

Why? If you’re looking for the playa, you’ve gone wrong, we’re afraid. But if you’re after some enlightening reading material, a fine selection of plushy furniture and a quiet corner to reflect, you’re in the right place. Plus, Sir Victor’s little hipster library has a pretty rad collection of books written exclusively by women. This is partly a tribute to the hotel’s namesake, Caterina Albert – a Catalan author who, due to sexist scrutiny, was forced to conceal her gender by adopting the male pen name Victor Català.

So much more to discover

Portugal's beautiful capital is crammed with attractions – why not extend your trip with InterContinental Lisbon’s “Get a Night on Us” promotion? Simply book a stay of three nights or more and get an extra one for free. Terms apply.