Why the Canary Islands should be your next holiday destination

The travel corridor to Spain's sunny Atlantic Archipelago is open again. Here's our selection of the best islands and resorts to head to right now

You heard right – the Canary Islands are back baby. From 4am on Sunday 25 October you can fly to the Spanish islands from the UK without having to quarantine when you return, meaning a winter sun holiday is very much back in play.

All the Canaries – Lanzarote, Gran Canaria, Tenerife, Fuerteventura and La Palma – have much to offer the sun-seeking tourist, from beach resorts and laid-back holidays to rugged volcanic landscapes, moreish food and captivating culture. To celebrate the Canaries’ return along a travel corridor, we’ve rounded up four of the best winter sun deals to the islands from easyJet Holidays. Book now and you’ll be winging your way to the warmth in no time.

The one for a classic beach break 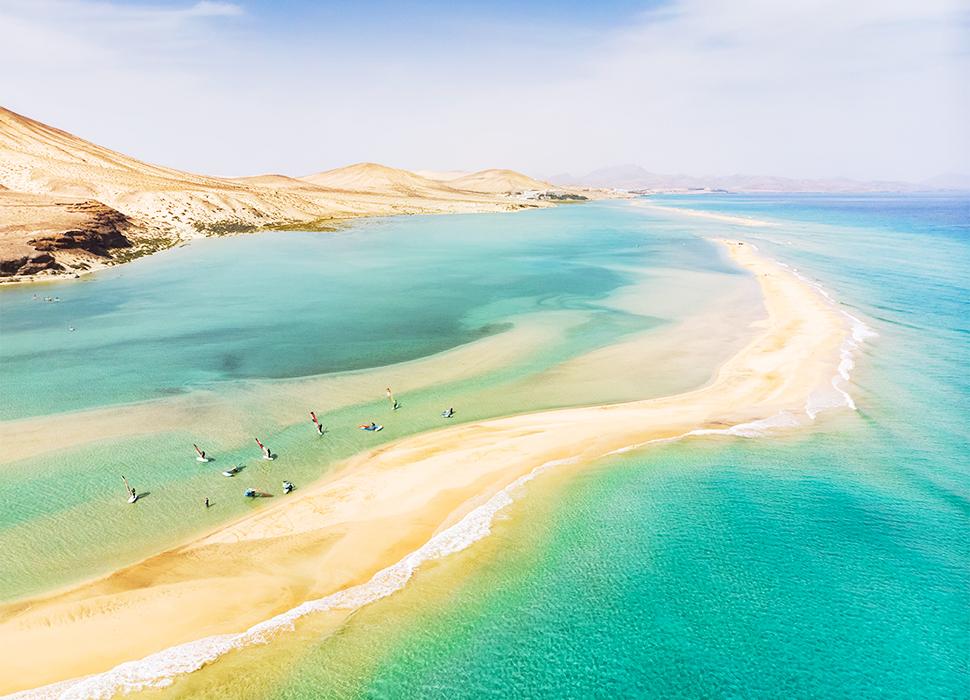 WHY It's the underrated all-rounder of the gang, with natural beauty and white sand in spades. Fuerteventura is often overlooked in favour of Tenerife and Lanzarote, but the second-largest Canary is a hot hub of Unesco-certified natural splendour, pristine beaches and beautiful historic sites. Oh, and fine resorts in which to decompress, of course.

BOOK NOW Lapped by the Atlantic on the island’s southern stretches, Esquinzo is a laid-back little commune overlooked by sun-baked peaks, and flecked with excellent, family-and-couples-friendly stays. One of the most serene is Alua Village Fuerteventura: a four-star hotel with panoramic coastal views, four shining pools, a programme of land sports and – crucially – an in-house spa centre. It’s within spitting distance of the village’s tip-top tavernas, the wild sands of Butihondo Beach and, if all the reclining gets a little too tranquil, the beautifully barren expanses and trails of Jandía Natural Park.

The one for relaxation and exploration 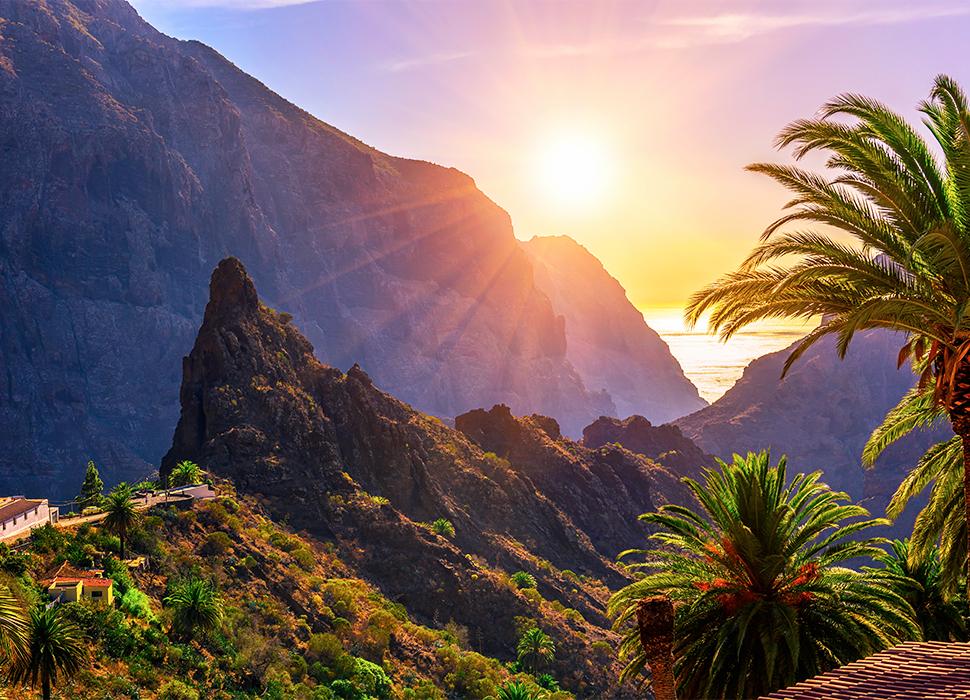 WHY The queen of the Canaries, Tenerife is a bona fide holiday classic, with miles of sparkling beaches and excellent resorts. It averages almost 365 days of sun, and has bone-white beaches of dreams to enjoy them on. The southern end of the island is dominated by sprawling resorts where fly-and-floppers descend to chill out – but if a week of flitting between beach and pool doesn’t appeal there’s a wealth of adventure to be had outside the hotel scene too, from hikes along ancient volcanoes to some of the best (and most brutal) biking routes in the world.

BOOK NOW As for where to base yourself, the possibilities are endless – but the Iberostar Selection Sabila does everything very well. Post up on a dreamy Bali bed by one of several swimming pools, glam up at the on-site beauty salon, or steam and soak the day away at the enormous spa complex.

The one for living the suite life 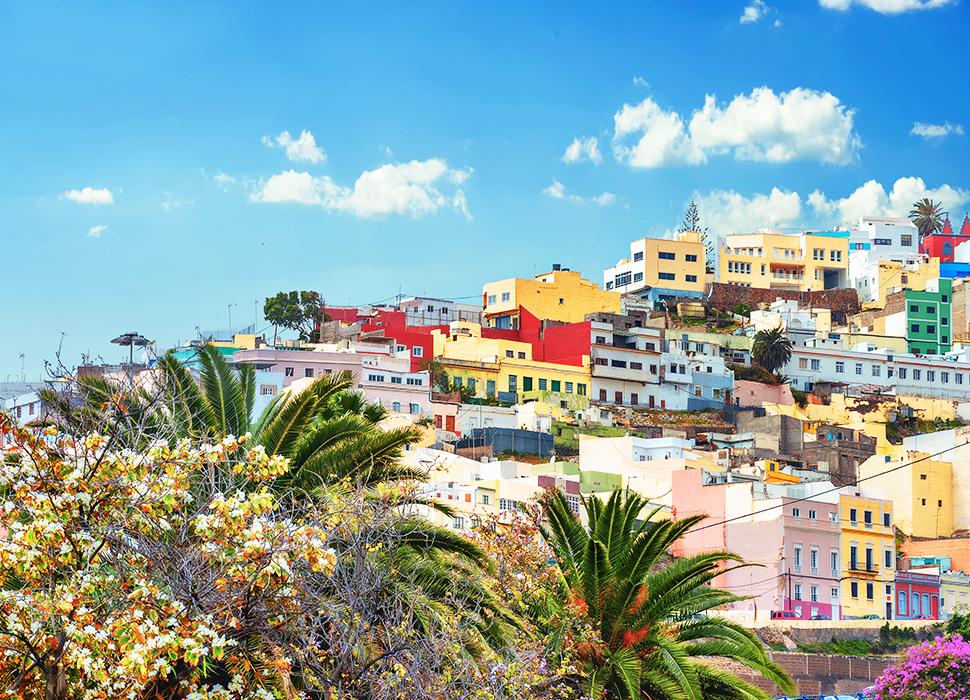 WHY It may be the third-largest island on the archipelago, but Gran Canaria packs in all the Canary Island hallmarks: leafy terrain giving way to patches of desert, pristine beaches and dramatic landscapes that will stick in your mind long after you head home. Its capital, Las Palmas, is delightfully cosmopolitan – the waypoint between the island’s cultures, with African, Chinese and Indian influences all rubbing shoulders on its colourful streets.

BOOK NOW When you’re done exploring, Marina Suites on the south end of the island makes a delightful place to return to, with a nautical theme and boutique feel that sets it apart from the area’s other hotels. Two lagoon-like pools tempt during the day, while the excellent on-site restaurants are the perfect places to linger over a long dinner of delicious Mediterranean dishes.

The one for intrigue and excitement 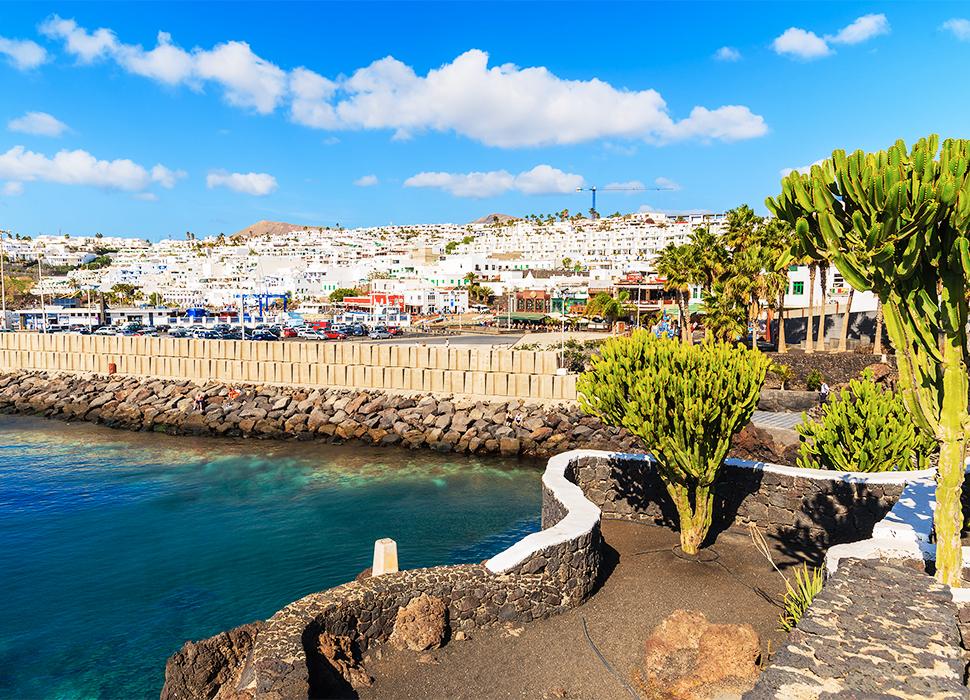 WHY The volcanic rock of Lanzarote is one of the most intriguing islands in Europe, with blistering geology, a singular personality and a fascinating architectural legacy in the work of native son César Manrique. The island is full of buzzing beach towns and resorts, of which Playa del Carmen is one of the vibiest; once a sleepy fishing village, it’s now an energetic bolthole for watersports and bar-hopping.