Whether you're a dog lover, a sun worshipper or a pec flexer, there's a Tel Aviv beach for you. Here's our guide to the coast with the most

The beaches of Tel Aviv are actually one long beach, nine miles in length, but the sections vary so much in character they have different names. Living in a sunny, Mediterranean place, the Israelis love their beaches, and here they illustrate the peculiarities of this city – at one end, men and women get their own days at the discreet Nordau; at the other, the exuberant Pride parade makes its way to Hilton beach every year.

Hilton Beach is named after the hotel that dominates it / Photo: Alamy

In front of the Hilton Hotel that gives it its name, this is where Pride parties hardest when it hits town in June, but it's a fun bit of sand the rest of the year too. The most gay-friendly section is Middle Beach; the south section is popular with surfers, where beginners can take lessons on the relatively calm waves of the Med. 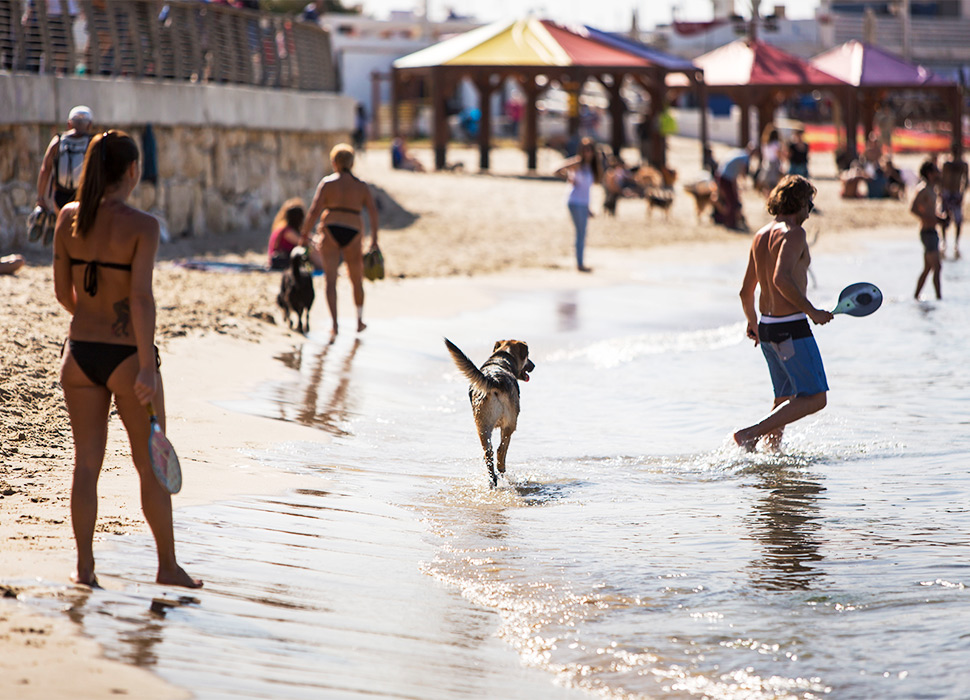 Take your pooch for a paddle at Dog Beach / Photo: Kfir Bolotin

At the northern end of Tel Aviv’s strand of sand is this poochie playground with plenty of furry friends to make (and even special dog showers). If you’re not into getting sand flung in your face by digging doggos, best plonk your towel elsewhere – this is a leash-free zone, meaning the happy beasts get to run free. In other words: canine heaven. 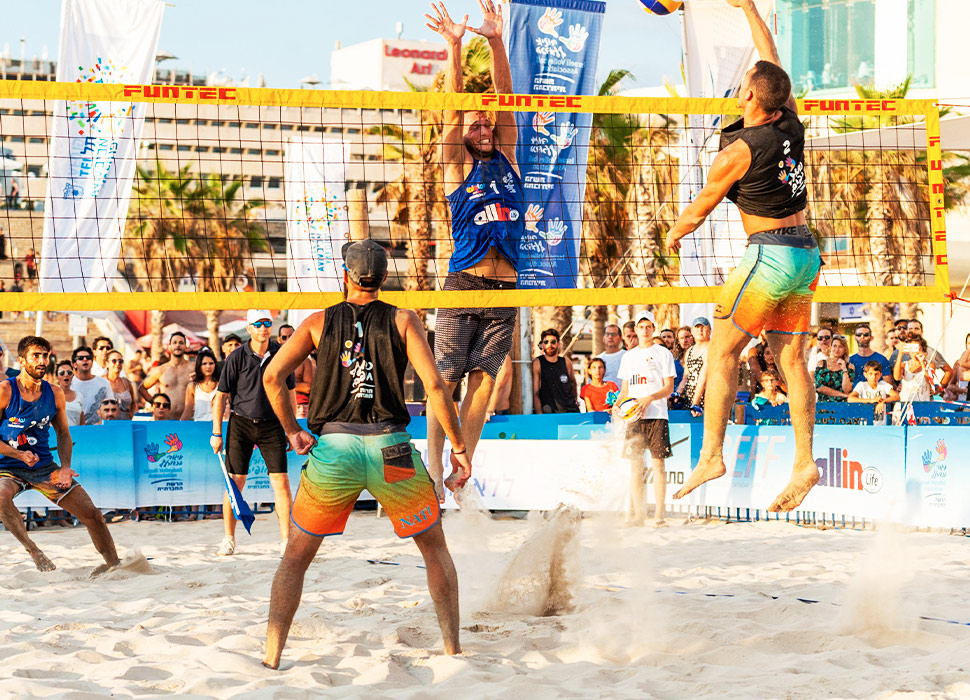 Volleyball's so much more fun on a beach / Photo: Alamy

The one for all you volleyball fans – we know you're out there – with 15 nets and floodlights, so play never has to stop, even after dark. Also in this area is the famous Gordon saltwater pool, if you want to take a dip but the sea doesn’t float your boat – built in 1956 and recently renovated, it’s very much open-air and surrounded by decking for posing and people-watching. 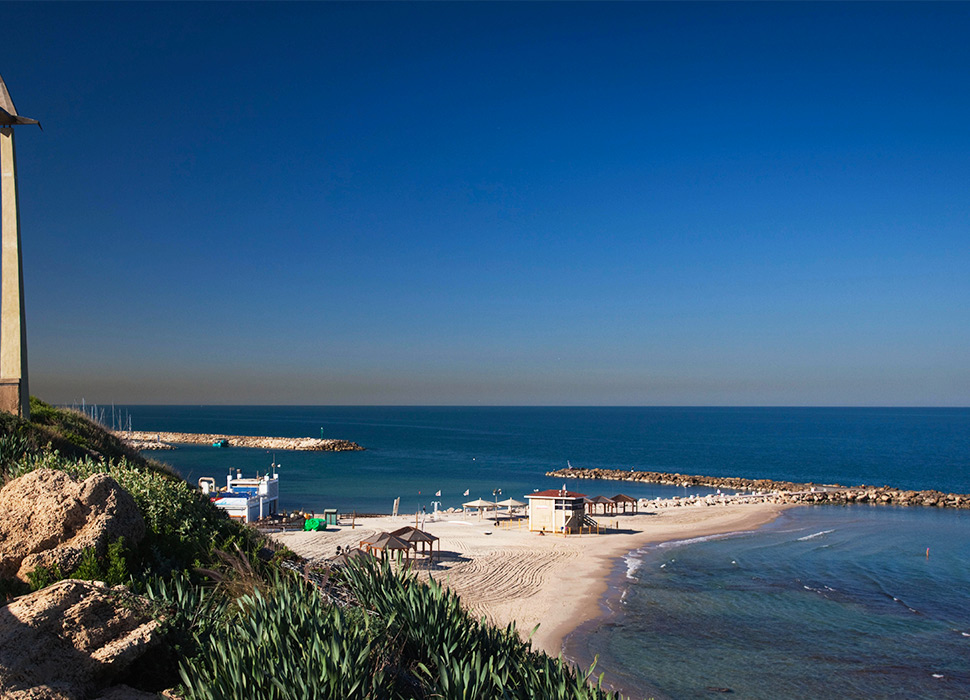 Appealing to the most orthodox of the city's residents, this area has high walls separating it from neighbouring beaches and alternate bathing days for men and women. As such it's one of the most peaceful places to stretch out on the sand. During the Sabbath, the segregation stops and anyone can visit. 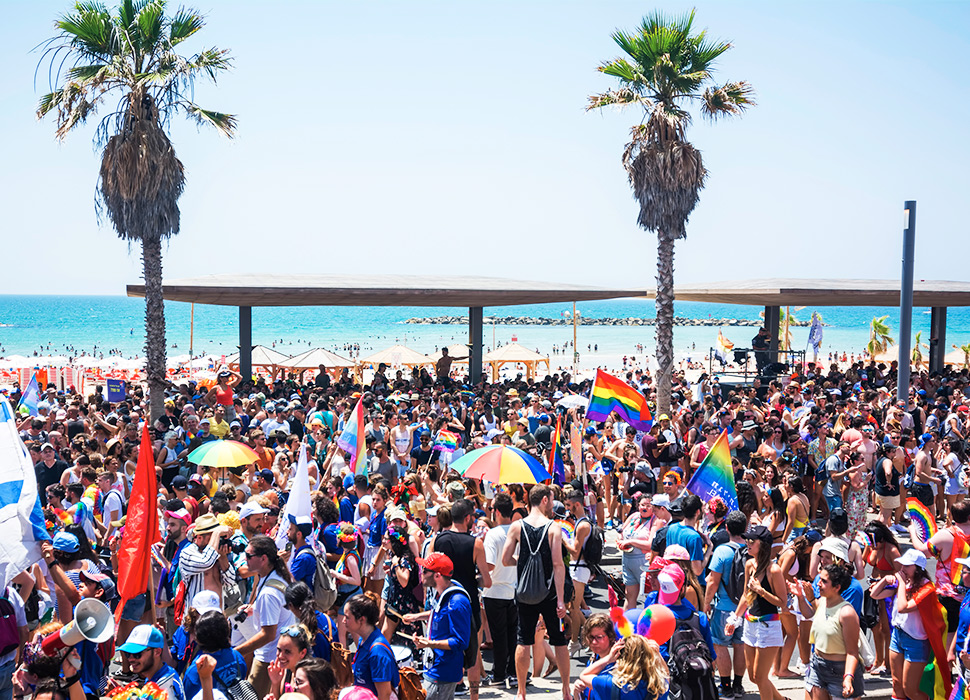 Beach paddleball, or matkot as it's called here, is the unofficial national sport of Israel, and this is one of the most popular places to play it. Buy a set and have a go or lie back and watch – and hear – the nonstop pok-pok-pok. Tel Aviv's beaches act like informal gyms – you'll see people working out on the alfresco weights equipment, doing yoga on the sand, watersporting it up, and jogging by the hundred along the promenade.