Few Alpine destinations are evolving as quickly as Laax in the eastern Swiss Alps. Nowadays, it's synonymous with sustainability and guilt-free fun

Seen through a green lens, the old-school mountain resort has much against it: fuel inefficient lift systems, energy-guzzling snow cannons, carbon-heavy restaurants indebted to dairy. But the Swiss mountain resort of Laax – or Flims Laax Falera, to give it its full name – has one indisputable virtue that few others have: it is on track to being the world’s first self-sufficient Alpine destination by 2023. Which is to say that this eco pioneer plans to cover 100 per cent of its energy needs from climate-friendly resources. And that’s only one of its astonishing brags.

The brains pulling the strings have also toyed with such bombastic ideas as installing wind turbines on a glacier (another world first) and building an Uber-style lift system (to open later next season, in fact). Come to Graubünden to hike and mountain bike in summer, or ski or snowboard in winter, and they’ll also tell you that, since 2008, the resort’s entire electricity requirements have been covered by hydroelectric and renewables (also a first in Switzerland). But such a determined location isn’t all about scientific modelling and environmental speculation – this is wholeheartedly a place for dreamers and fun seekers. Here’s why.

Fancy winning a prize cow? Then step inside the rugged world of Swiss Alpine wrestling.

But hey, if it's food, not grappling, you're after – these are the best restaurants in Geneva. 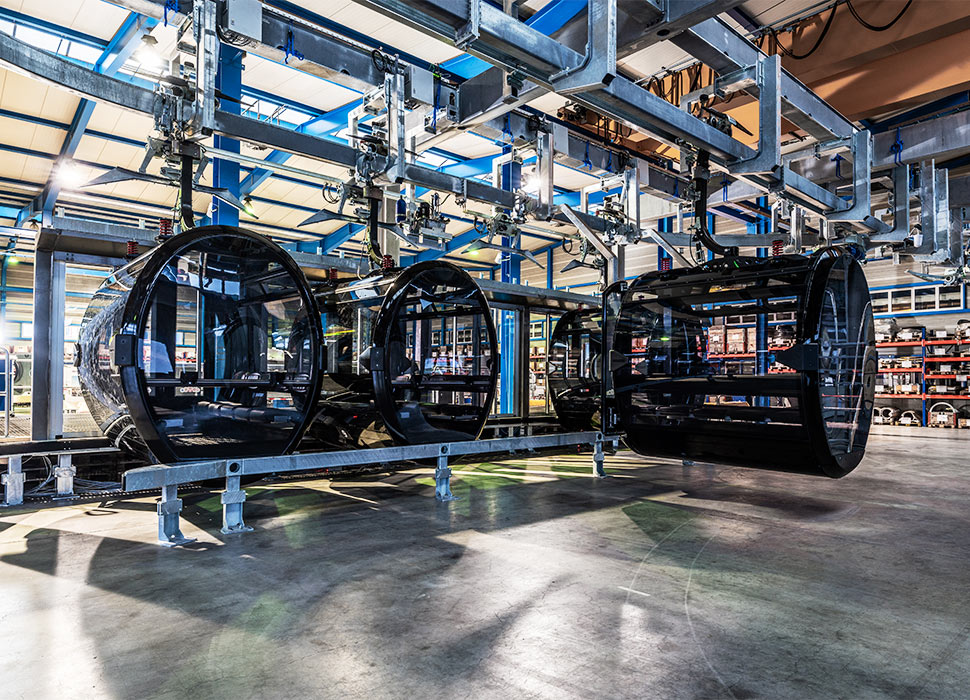 Where Laax differs to most other European resorts is that the cable car company – so often a lone wolf in the mountains – is part of the much larger Weisse Arena Group, which owns an exhaustive list of everything in the resort, from six hotels and 32 restaurants to adventure schools and rental shops. That means every cog in the big wheel buys into the sustainable makeover and there’s a new era-defining gondola on the way. Named the Flem Express, its cable cars will operate on demand, with destinations selected before boarding and automatically navigated towards the UNESCO-recognised Tectonic Arena Sardona. It’s a lesson in how anti-green aerial tramways can be eco too. 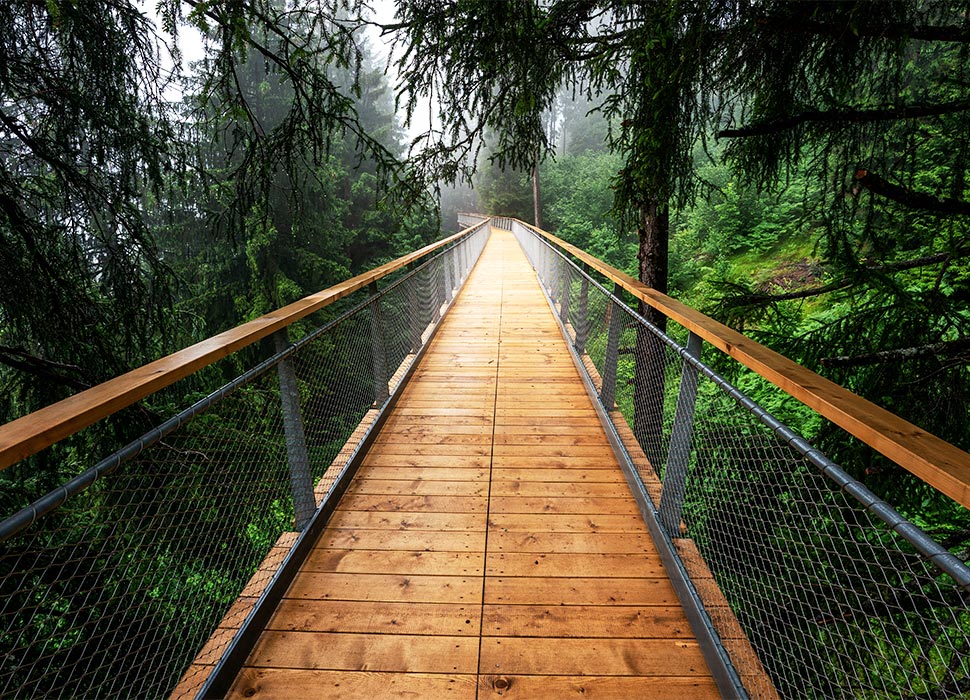 The Senda dil Dragun treetop walkway is 1.56km long and 28m high, but that tells only a fraction of the story. Not only does the raised passageway ease you out from the resort to resettle you at eye-level among bushy pines and firs, but the woods are home to deer, squirrels, buzzards, kites and a ruined castle. Among other arresting features are a vertiginous spiral slide, and platforms to help educate visitors in how best to look after and learn from our forests.

The wolves are back 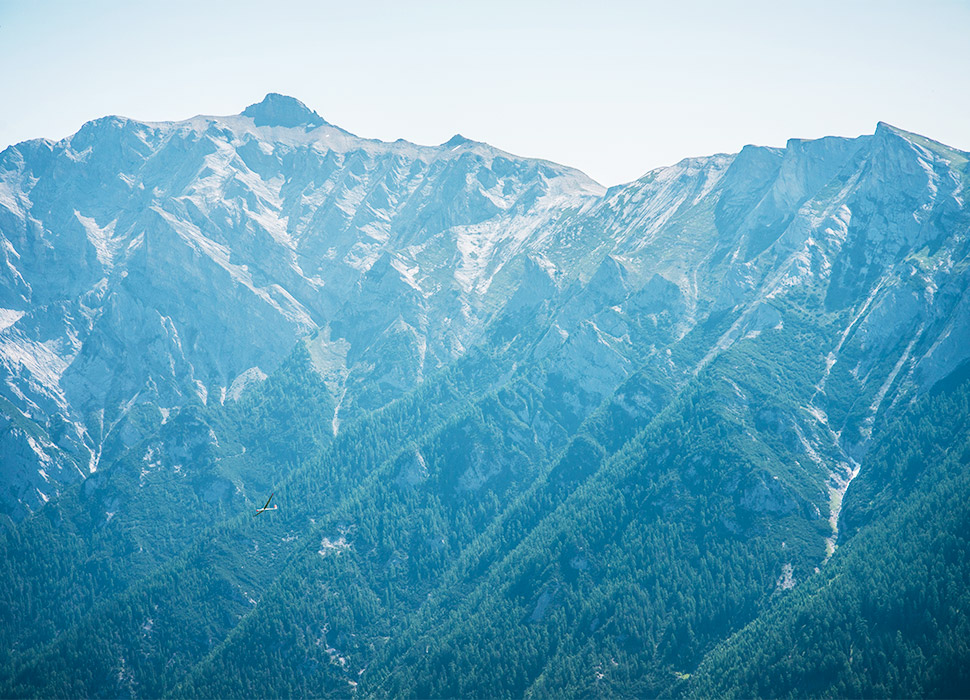 Bloodthirsty killer or cuddly ankle-biter? The jury was out more than 100 years ago when grey wolves were made extinct after a misguided crusade to eradicate them across Central Europe. And yet, the wolves are back, with a pack of about 50 in the Calanda massif surrounding Laax. A surplus of red deer, ibex and chamois in the vicinity helps tether them here, as does the resort’s unobtrusive wildlife management philosophy – meaning it’s not uncommon to spy one scampering away through the woods as you rocket past on a board or a bike. 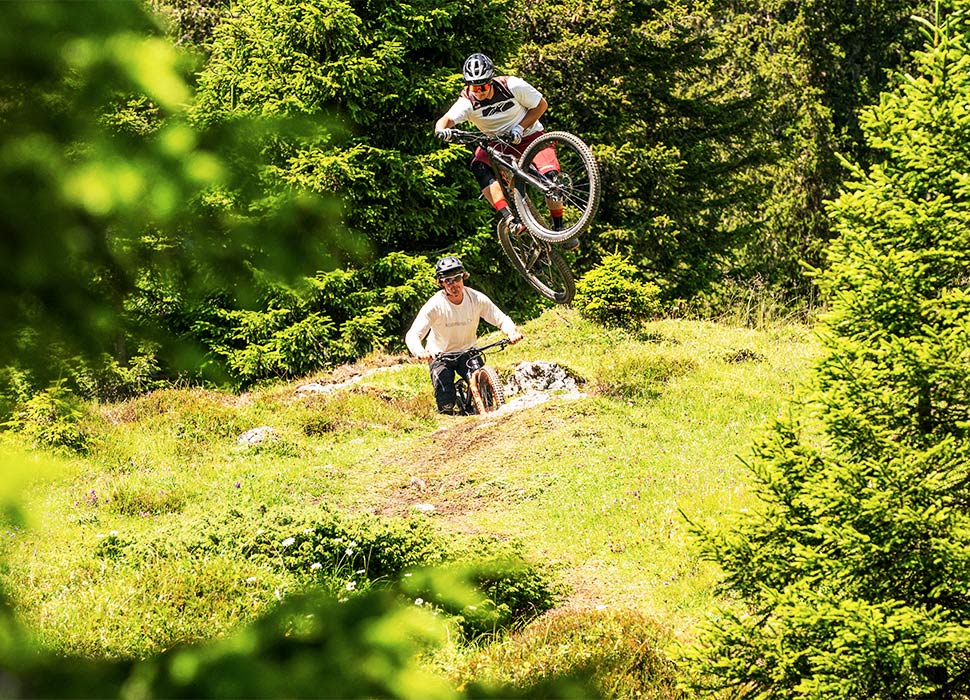 The Swiss mountains are a labyrinth of gnarly bike trails, but more of them should be like Nagens, the world’s first endurance trail built by fossil-free e-energy. It comes in at 6km, wiggling its way from Alp Mughels down to Scansinas over gentle curves and jumps, then blind-sides you with what comes next. All of a sudden, the trail delivers a one-two punch of hidden side lines and unexpected rough root passages.

You can help save the glacier 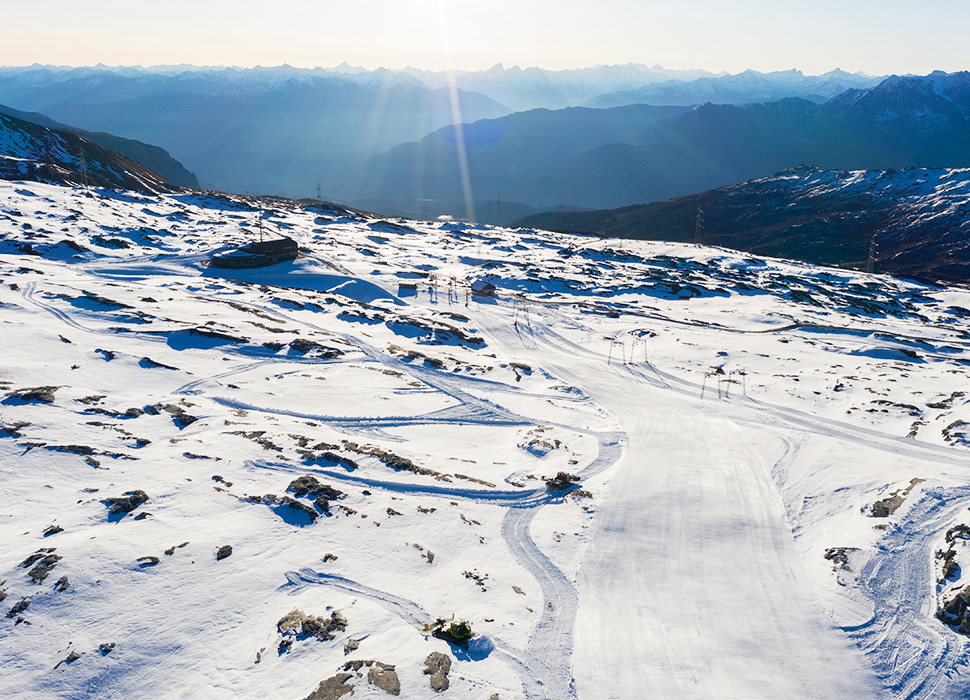 If you’re keen to do your bit for climate change, now is the moment. The most innovative way in Laax is the Last Day Pass (£65/CHF80), an initiative to add life to the resort’s ever-decreasing snowpack. For every purchase, the resort guarantees one ton of C02 compensation to help slow down the melting process of the Vorab Glacier and, as a result, one nifty wooden ticket extends the ice mass’s lifecycle by 10 minutes. Less important is the lift pass itself, for the day that hopefully never comes. 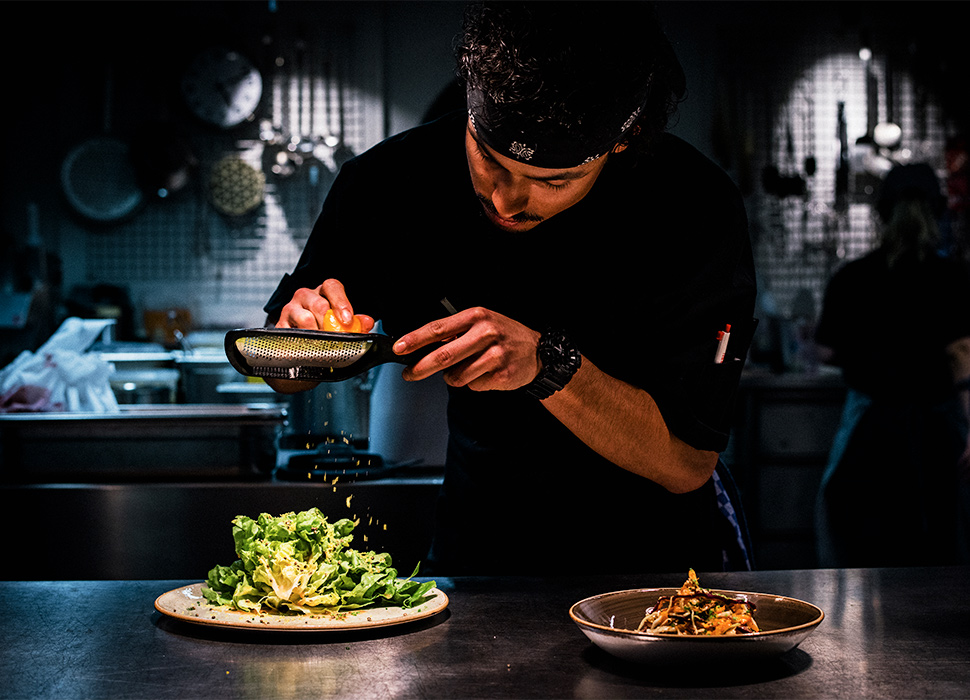 In most parts of the Swiss Alps, restaurant menus are effectively sidearms of local dairy farms and heavy on fondue, raclette and air-dried bündnerfleisch (cured beef). Not so in Laax. A different perspective is on offer at the soon-to-be-zero-waste Riders Hotel, home to the Alps’ first all-out veggie restaurant and where tasting menus (£43/CHF52) focus on hyperlocal, slow-food ingredients like Jerusalem artichoke and leek, portobello mushroom, plum and pear. For something with a bit more spice, try Nooba for soya bean salad or lentil dal curry.

Everything is going green! 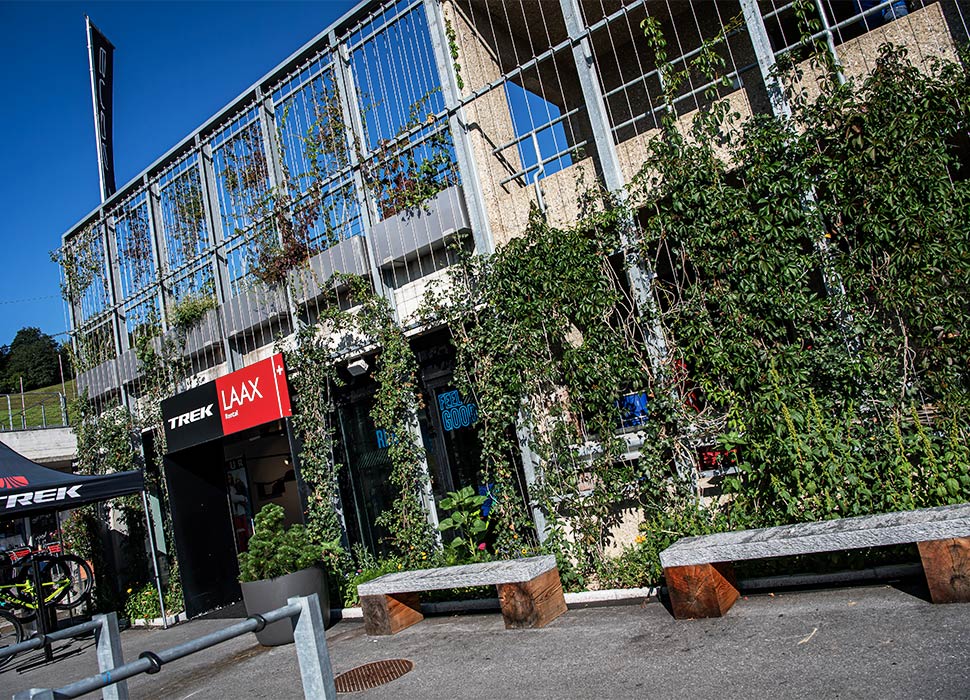 A vertical garden on a base station in Weisse Arena Gruppe / Image: ©LAAX | Daniel Ammann

First came Laax’s non-profit Greenstyle Foundation, which led the way with mountain recycling stations and free water fountains to reduce single use plastic. Then came the bird-friendly glass windshields on terraces to reduce collisions, hotel rooftop solar farms and a free repair service for outdoor clothing to extend its lifecycle. Now the latest news is vertical gardens on base stations – to help nurture bee, bird and insect life – and free e-shuttles around the resort. If others pick up this baton, then the Alps will increasingly become a destination comfortable in its own skin.