If you’ve written Geneva off as a seasonal launchpad to mountain ski resorts, reimagine Switzerland's second-largest city as a place more than worthy of your time.

The art of Swiss clock-making has its roots in this city after all, and here such heritage sits alongside world-leading science experiments and the world of high-powered banking. But dig deeper and the city’s creative underbelly is revealed in the form of live music in offbeat clubs, artisan workshops of Carouge and the open-air flea market of Plainpalais. Book a walking tour around Geneva’s old town, made up of winding cobbled streets with bars and cafes to be discovered down narrow passages and hidden courtyards. And we haven’t even touched on that chocolate yet. It’s worth a trip for alone.

The best of Geneva 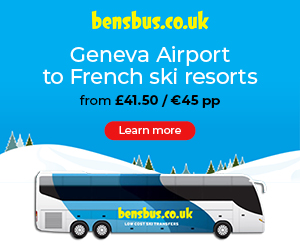 Just a load of hot air?

We travel to the Alphorn Academy of Switzerland, to see what it's like to toot this iconic instrument

Timing is everything in Geneva

So why not spend some time clock watching in the Swiss capital?