No one loves going for a dip as much as the summer-loving residents of this city. From Rhine wallowing to fountain frolicking, here's how you can make a splash on your next visit

In some cities they drink ice-cold spritzes on quaint patios; in others they find shade in verdant corners of pretty parks. When the weather hots up in Basel, however, there's only one thing on locals' minds: swimming in the Rhine.

In most places, donning your swimsuit and diving headfirst into a giant urban waterway would be met with a few befuddled looks. Yet thanks to the remarkably clean water that flows through the heart of the city, floating down the Rhine is a both safe and utterly exhilarating way to imbibe Basel's unique summer culture.

If that's not quite your flow, however, there are plenty of other ways to cool down, whether it's having a carefree dunk in a public fountain or catching some rays at one of the city's designated bathing houses. So if you feel like taking the plunge this summer, here are a few ways to dip your toes in the water.

Float down the Rhine on a Wickelfisch 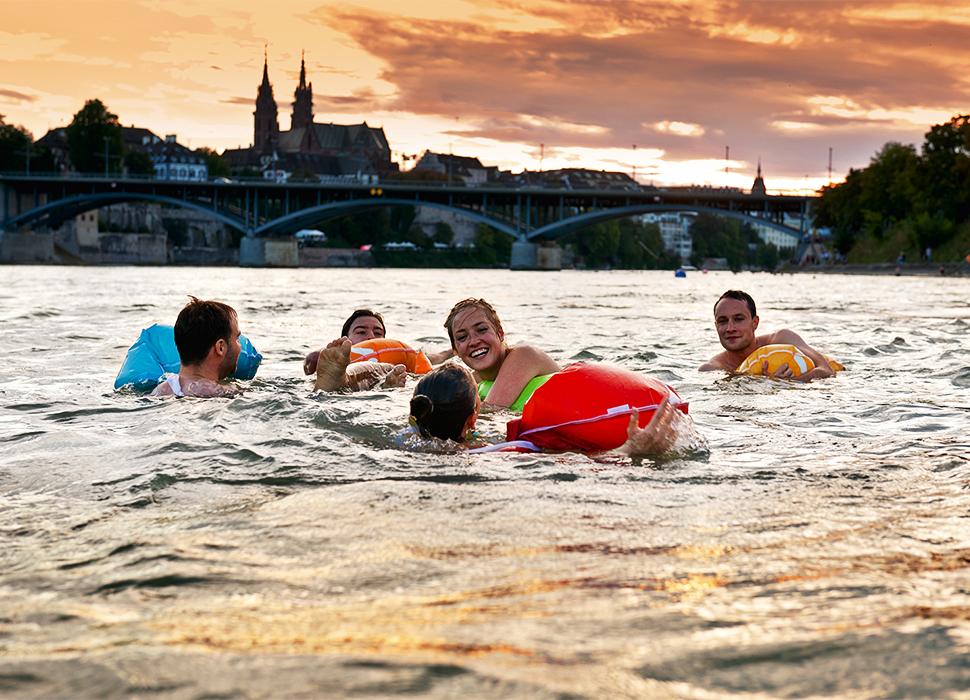 Get a front row seat to Basel's superb gothic architecture as you slosh your way down the Rhine / Photo: Andreas Zimmerman

Nothing signals the arrival of summer than the sight of hundreds of people – young and old – bobbing down Basel's mighty river with their fluorescent waterproof knapsacks in tow. These clever floatation devices – called wickelfisch – were invented right here in Basel and they help swimmers keep their clothes and valuables dry. You can pick up your own from most shops and tourist information centres around the city for £25.

With your belongings neatly stored, make for the riverbank behind Museum Tinguely for an easy entry point to the river. Once you're in, the aim of the game is simple: just relax and enjoy the views of Basel’s medieval centre as the Rhine carries you downstream. When you're done, exit onto the riverbank and grab a beer from one of the riverside refreshment stalls (buvettes).

Lay your towel at one of Basel's bathing houses 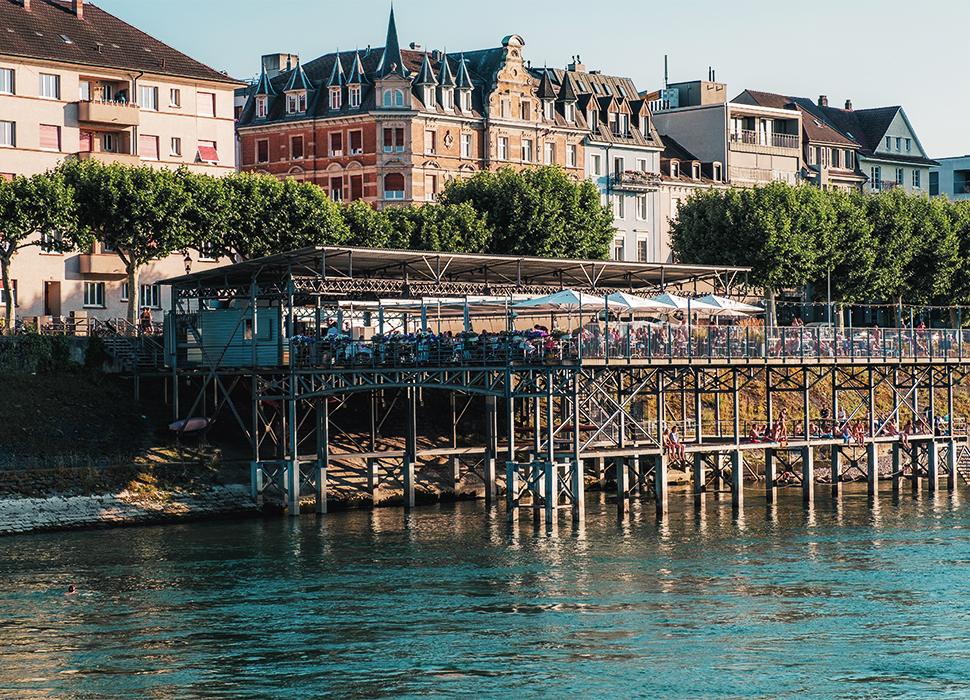 It's nothing but Mediterranean vibes at Basel's boujie bathing houses

If bobbing down a public river feels a tad too 'rustic', you'll be pleased to know that a more refined swimming experience is waiting for you over at the city's two designated bathing houses.

Occupying their own peaceful sections of the riverbank, Rheinbad Breite and St Johann boast large decking areas where groups of friends can sunbathe together, as well as sunloungers and parasols for lazy afternoons under the Basel heat. Entry is around £5 for the day, which includes access to private changing facilities, and both are open from May to September, depending on the weather.

Cool down with a soothing fountain soak 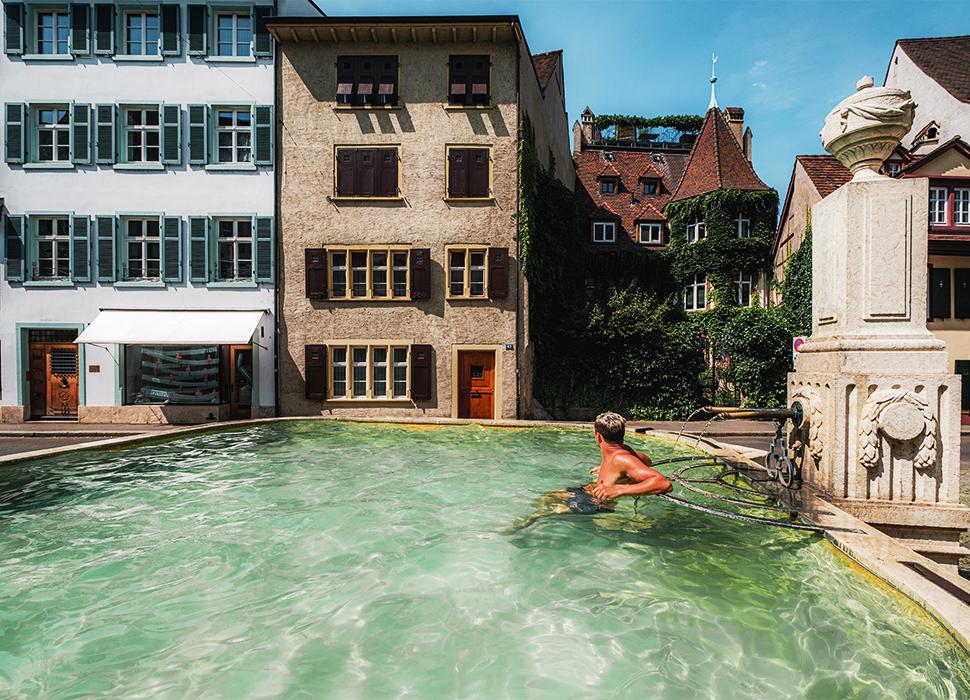 There are more than 200 fountains dotted around the city, many with prime jacuzzi potential / Photo: Basel Tourismus

If you thought swimming in the Rhine was peculiar, wait until you see this. In peak summer, Baselites like to admire their city's beautiful architecture while enjoying a soak in one of the many resplendent fountains found throughout the old town and outer suburbs. That's right, fountain bathing is a longstanding tradition in Basel, and you'll often find locals enjoying a relaxing dip as city life continues around them.

For a soak alongside some epic scenery, make for Pisoni fountain, which is overlooked by the 1,000-year-old Basel Cathedral, or for something a little more sedate, head to the sequestered Schöneck-Brunnen fountain, tucked away in a quiet square.

In partnership with Basel Tourism

Sun, sea and solitude: we take a trip to the secret Canary Island of La Graciosa