The best things to do in Basel

From chocolate workshops to Dadaist structures, starchitect restaurants and lofty spires, Basel has plenty to pack into a long weekend. Here are its finest points

1. Hop to it on a beer tour through Basel 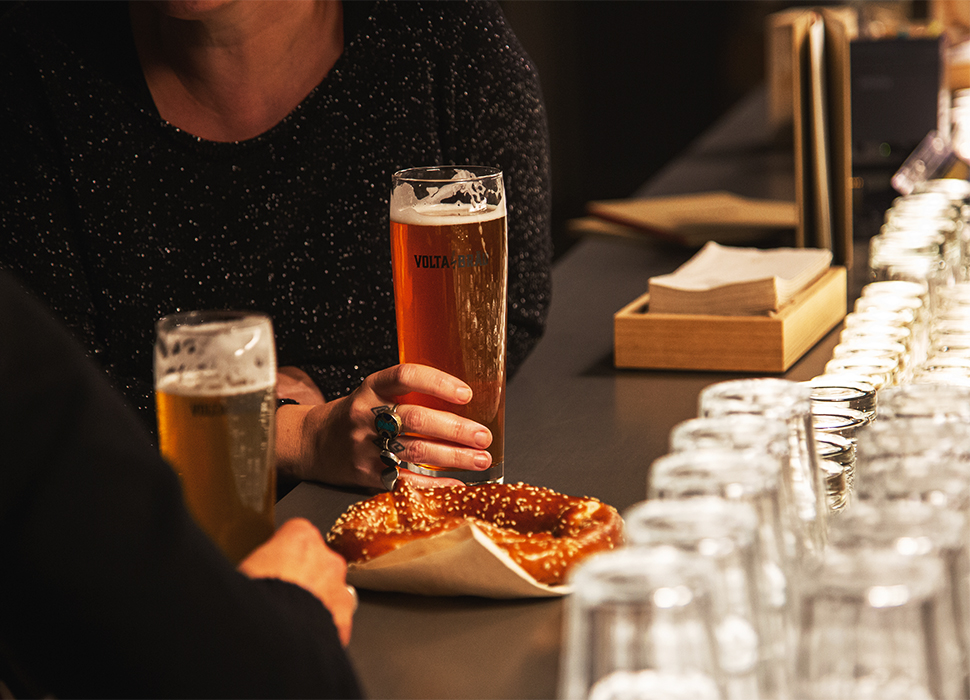 There are plenty of places for Basel-bound beer nuts to enjoy a refreshing ale around the city, but few are quite as much fun as taking a tour of the destination’s best microbreweries. The Basel Beer Tour takes you on an excursion to the city’s most historic brewing houses, which have been crafting vats of amber ales and lagers long before it got trendy. Start off at Fischerstube, Basel’s oldest brewer, where you can enjoy a tasting down in its fabled cellar. After a short detour via some international specialties, finish up in Volta Bräu’s spectacular beer garden to taste some truly experimental brews.

2. Pull some strings at the Basel Puppet Theatre 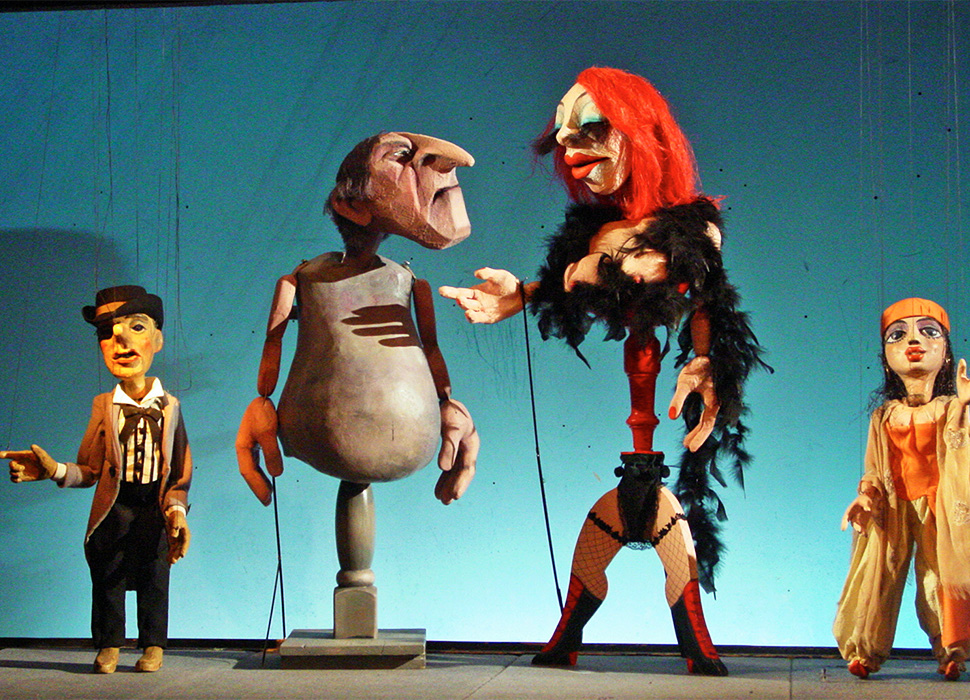 For over 75 years, the dangling stars and starlets of this quirky theatrical institution have been delighting audiences with their resolutely wooden performances. Production values are higher than you might think – past shows have included full-on operas among the usual comedic fare. During the daytime, expect kid-friendly capers and educational shows promoting hygiene and manners. After dark, the racier material comes out: a take on the Faustus myth, for instance. Book today – don’t leave them hanging.

3. Rummage for treasure at the Flohmarkt Petersplatz 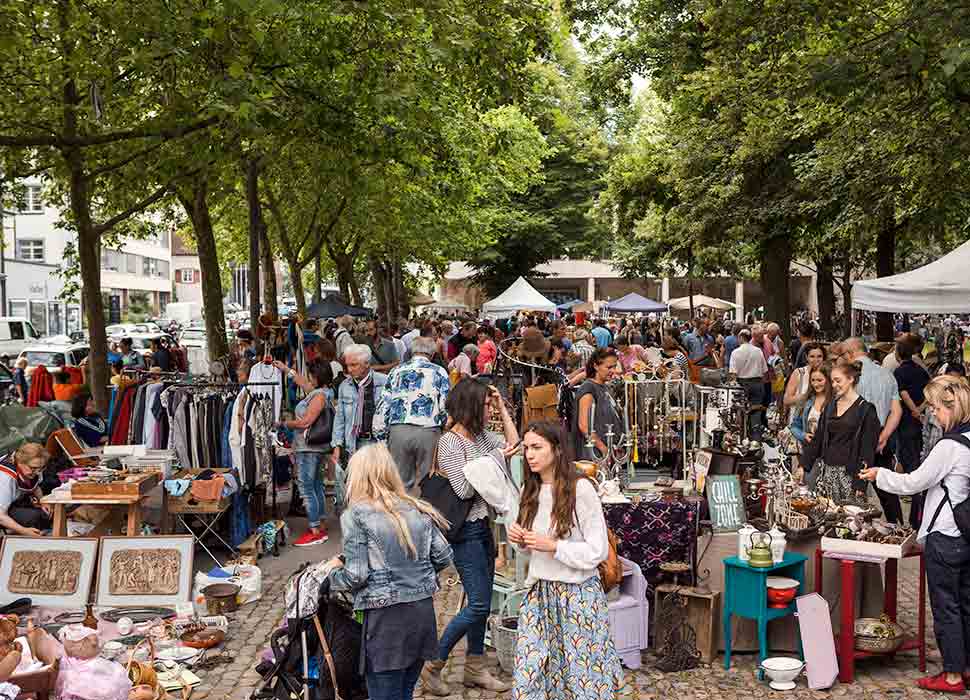 The hordes hit the hoards at Flohmarkt Petersplatz / Image: Basel-Tourismus

You'd be surprised what you can learn about a country by rummaging around through its old junk. And the great news is, in Basel at least, you needn’t go dumpster-diving. Flohmarkt Petersplatz is a weekly flea market that takes place all day, every Saturday. Previously loved fashion, books, records and all manner of adorable European trinkets are yours to be snapped up, with lots of one-of-a-kind items of kitsch you can happily haggle over. After all, who doesn’t love a nice bit of Swiss cheese?

4. Learn from the Masters at the Kunstmuseum 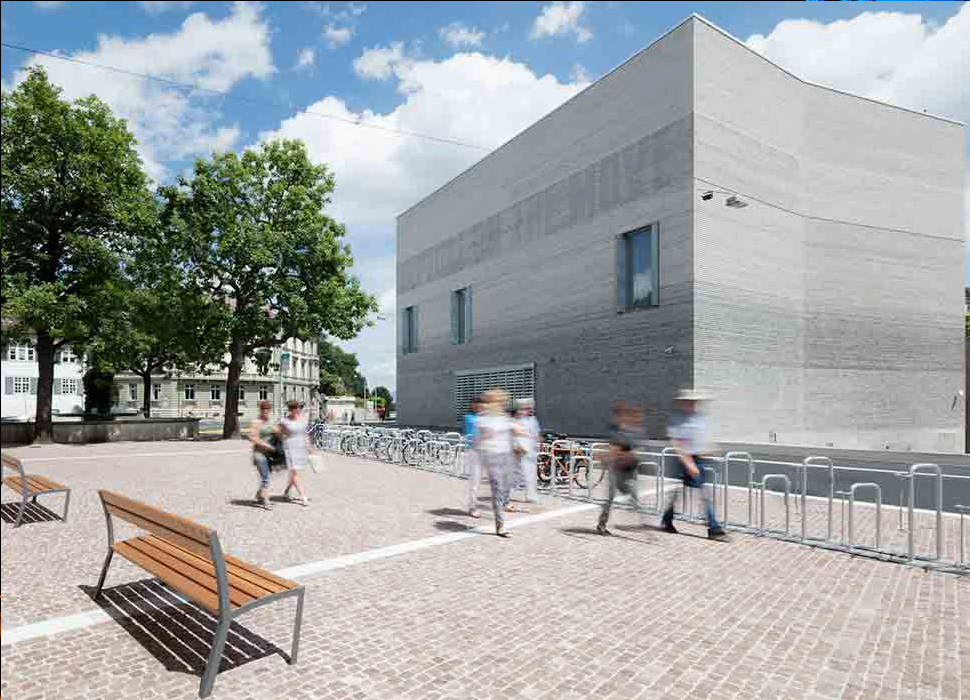 Nobody could accuse the enormous Kunstmuseum of being anything less than comprehensive. Medieval masterpieces rub shoulders with Warhols and Picassos, and the Holbein family – you’ll know them best for their hyper-detailed contemporary depictions of Henry VIII, among other burly nobles – have stacks of paintings on the walls, part of a unique historic collection that’s the envy of museums across Europe. The new(ish) extension from starchitects Christ & Gantenbein is worth ogling at in itself.

16 St Alban-Graben, Basel-Vorstaedte
kunstmuseumbasel.ch
Free entry Tue-Fri after 5pm, and on the first Sun of the month

5. Walk on the wild side at Basel Zoo 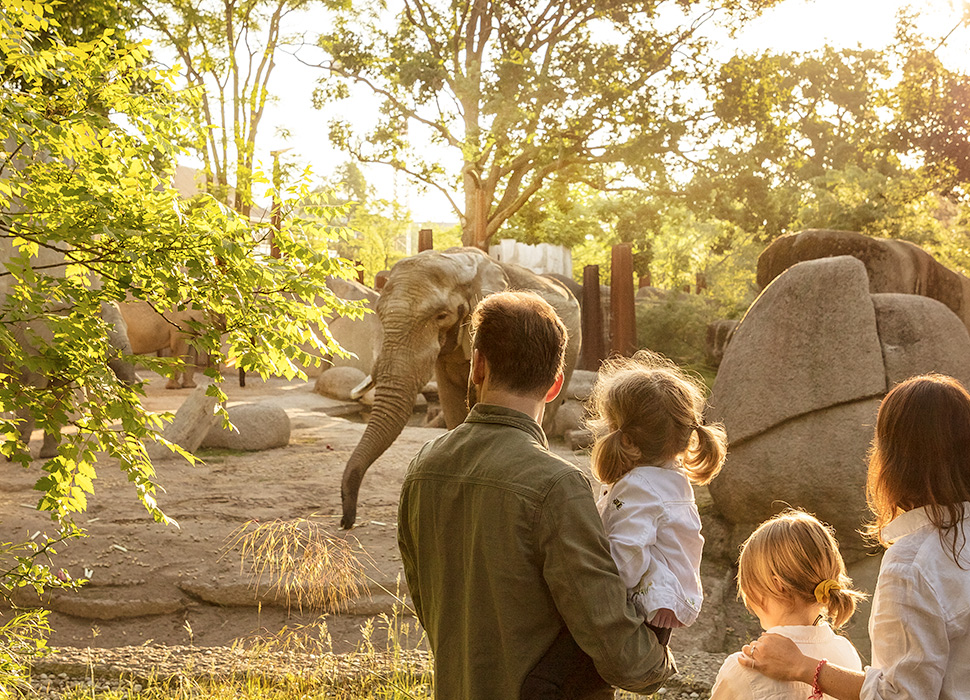 Delighting all-comers with its scaly, furry, growly antics since 1874, Switzerland’s most venerable animal collection is so beloved by the proud citizens of Basel they’ve affectionately nicknamed it 'Zolli'. They do conservation properly here – with reassuringly big enclosures – and the whole enterprise is strictly non-profit, meaning all proceeds go straight back into the mission of promoting biodiversity and other worthy environmental causes. The new Ozeanium marine aquarium – impressive for a landlocked nation – will soon begin construction, but for old-school zoo hijinks you can’t beat the daily penguin walk. It’s flipping adorable.

6. Be moved by the world of Jean Tinguely 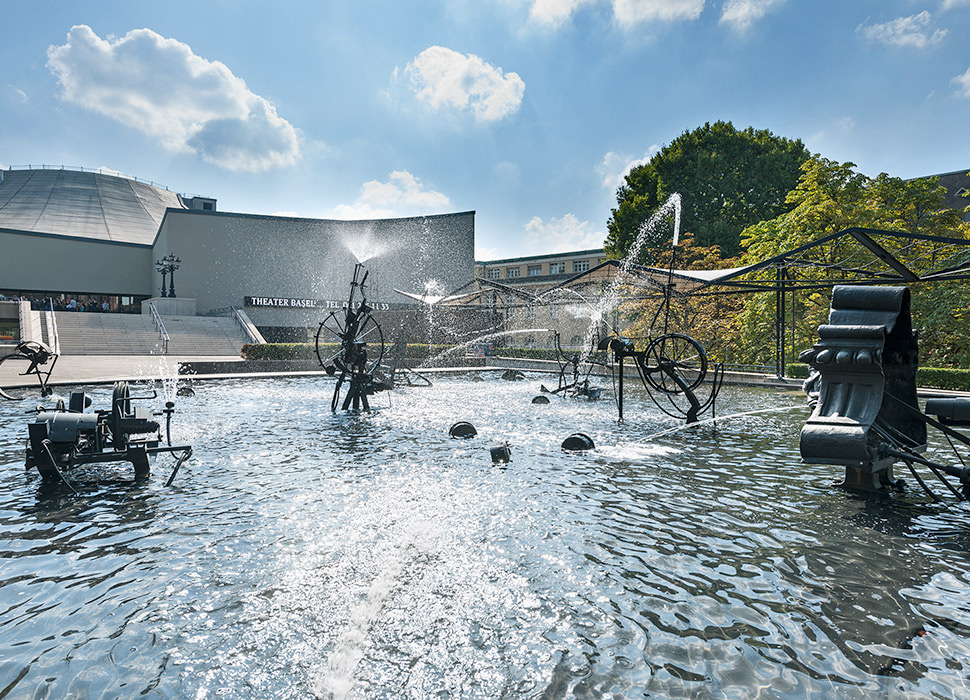 Wetter is better at the Jean Tinguely fountain / Image: Basel-Tourismus

Jean Tinguely was a Swiss sculptor who both embraced and set out to satirise his mother country’s fascination with fiddly machinery. His works, which most frequently take on the form of oversized kinetic sculptures, or ‘metamechanics’, are playful and daft, and beloved by kids. Get to know this idiosyncratic Dadaist at his own dedicated museum – if you’re short of time, the over-engineered fountain at the front is a classic example of the kind of whirling contraption that made him famous. A moving tribute, if you will.

7. Dine in style at Volkshaus 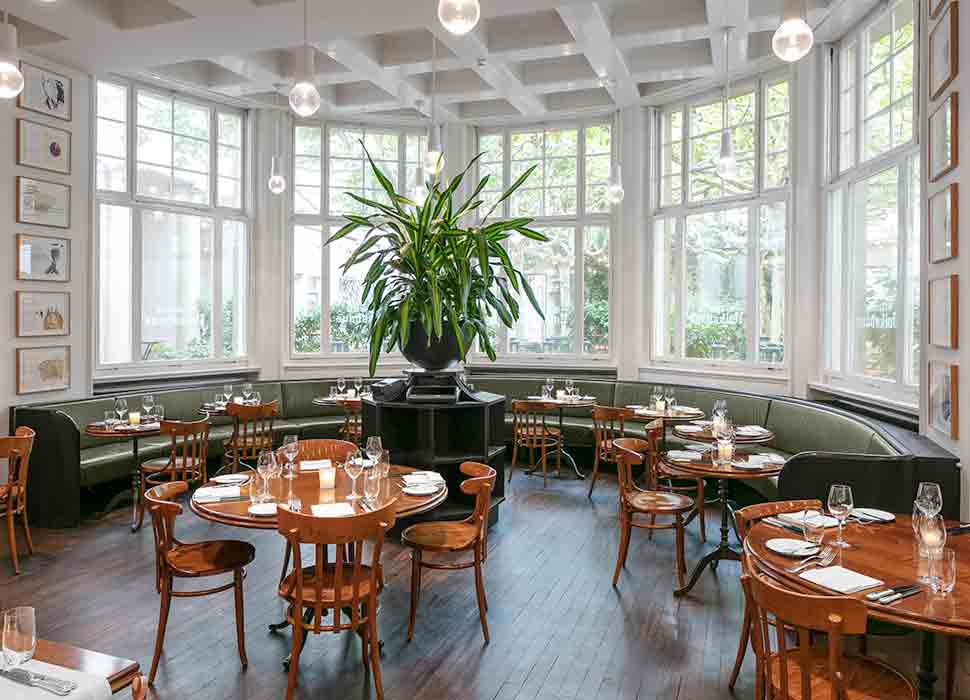 Basel’s coolest restaurant is a whip-smart blend of the historic, the ultra-modern and the pleasingly retro. Swiss architecture dynamos Herzog & de Meuron took on Volkshaus’s 14th-century site and 1920s structure and alchemised a chic contemporary space with high-backed seating and a swish tin bar. The grub is hearty and trad-leaning – plenty of mussels, lots of game – and it even has jazz cabaret some nights. Book now and get a feel for what the movers and shakers of Basel get up to when they want to have a good time.

8. Go for a dip in the river Rhine 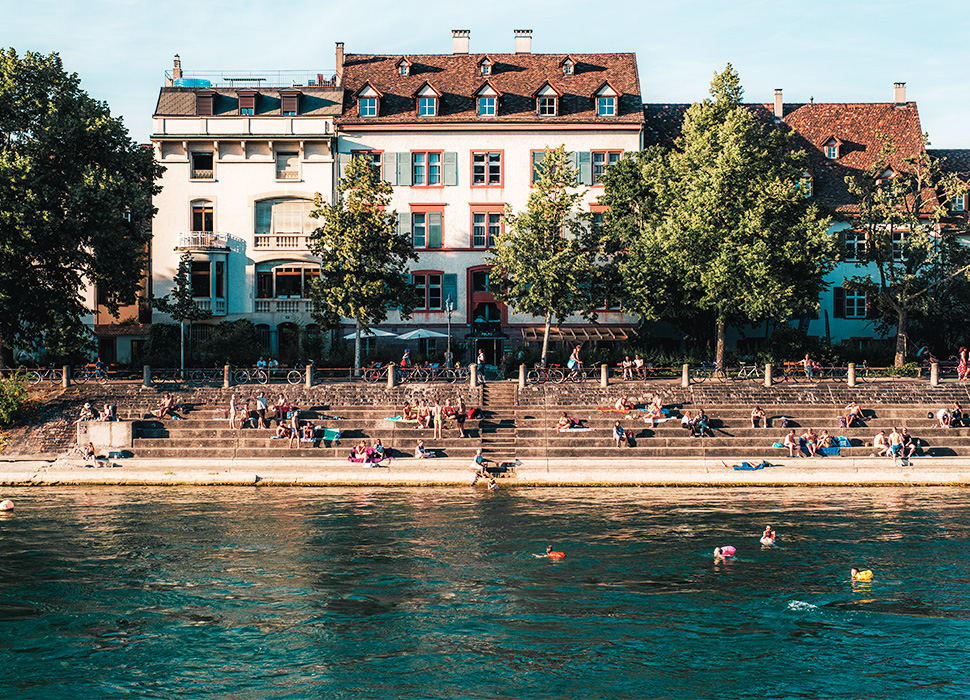 Drifting along the Rhine is a citywide pasttime / Image: Basel-Tourismus

Medieval Basel was founded – and became very rich – thanks largely to its access to the old-school highway of the Rhine. Nowadays, due to some very enlightened town planning (not least diverting sewage and domestic wastewater elsewhere) the river has become a much-adored public space. Make like a Baselite by getting your hands on a ubiquitous waterproof Wickelfisch knapsack – it’ll keep your possessions dry as you bob gracefully along with the laidback locals who, on hot days at least, genuinely seem quite happy to just go with the flow. 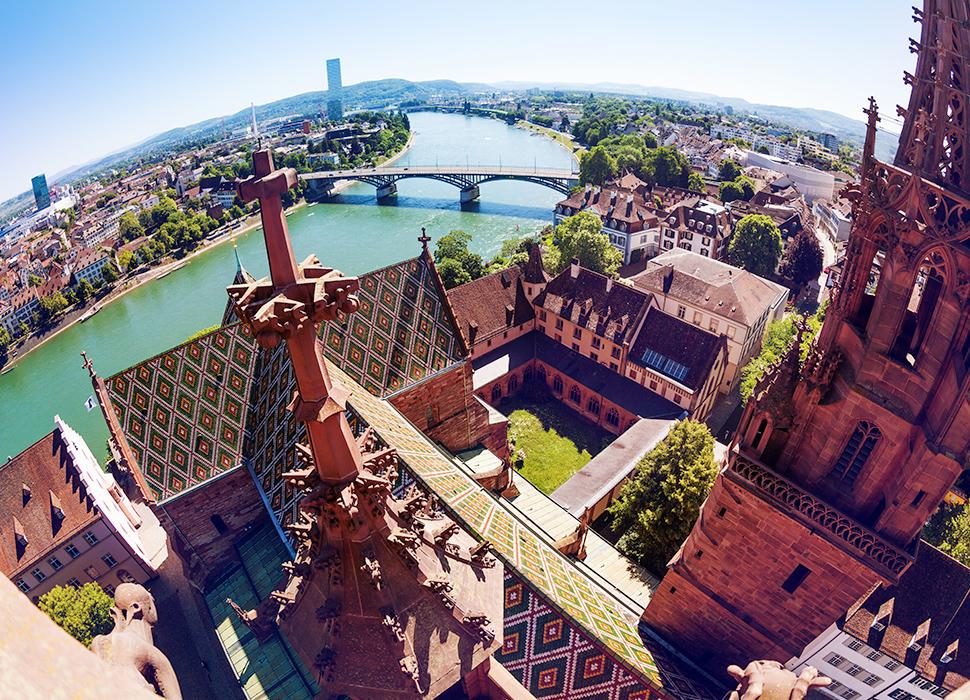 The far reaches of the Alsace are visible from up here / Image: Adobe Stock

Basel’s skyline is dominated by the twin towers of this pretty Gothic/Romanesque church. Fun fact – from the 12th century, the Basel Minster had five towers, until an earthquake gave it a rather brutal makeover in the autumn of 1356. Today, the best views in all of Basel are found up the 250 steps to either the St George or St Martin towers. Gaze out over the city’s cutesy rooftops, down the Rhine valley and as far away as the German Black Forest, or the French Vosges mountains in Alsace – all things bright and beautiful, spread out before you. 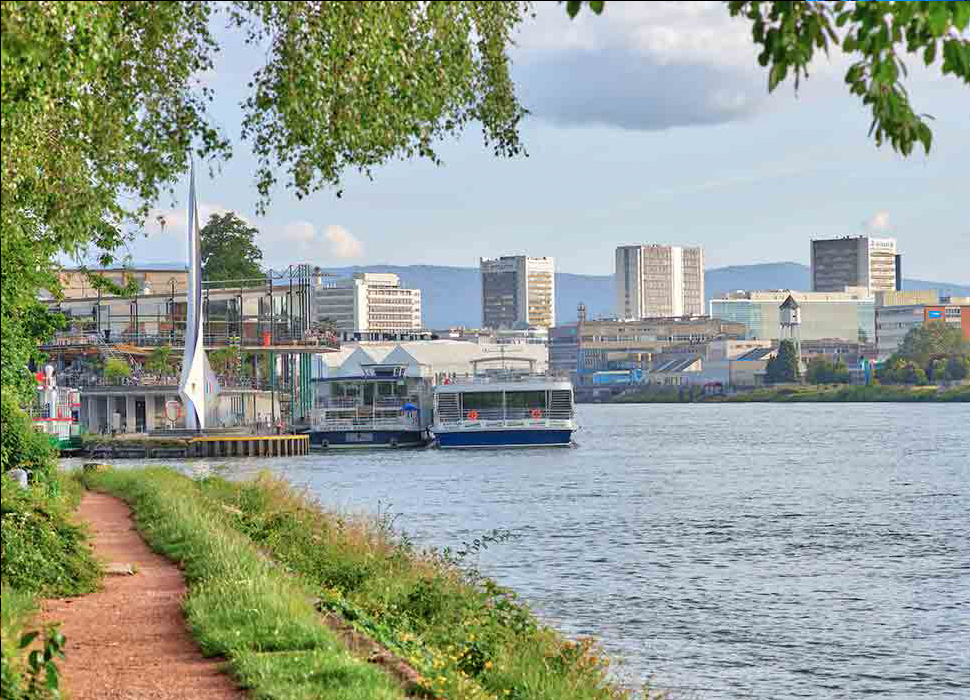 Is it childish? Perhaps, a bit. But honestly, how often can you say your legs are in a different country than each of your flailing arms? Three Countries Corner is the spot in Basel, just on the Rhine, where the respective borders of Switzerland, France and Germany intersect. There’s a cool, futurist rocket-like sculpture, and a cocktail bar where you can toast this benign example of international cooperation, and enjoy the first (and very possibly last) time you’ll find yourself in such a multicultural spot.

11. Explore your sweet side at Beschle

Of all the more persistent Swiss cultural cliches – cuckoo clocks, yodelling and so on – chocolate is the one that folk from Basel seem to take the most genuine pride in. To learn the delicate art of the chocolatier for yourself, book one of the multilingual workshops hosted at posh sweetmaker Beschle. There’s a grown-up class – where you’ll lean all about testing, preparing, manufacturing and decorating your own chocolate bar – and a kid's one, where they’re probably less sniffy about you licking the spoon. Just be discreet about it, is what we’re saying.