Learning to cook like it's 12,000 BC with Sweden's hottest chef

Swedish chef Niklas Ekstedt has set the culinary world alight – and you can try out his fire-first cooking style in the beautiful Scandi countryside.

If you’ve been out for dinner in the last few years, chances are you ate something cooked over flames (Burger King doesn’t count). One of the most pervasive trends right now in professional kitchens is the use of fire and smoke, hence why even the trainee in your local gastropub is probably sweating over hot coals every night. It might seem strange to call fire-cooking a trend, given humans were doing it before they could talk, but the world over chefs are unplugging their hobs and reaching for the matches – and I’m currently watching the man responsible for this grating a piece of dried reindeer in the middle of a Swedish forest. 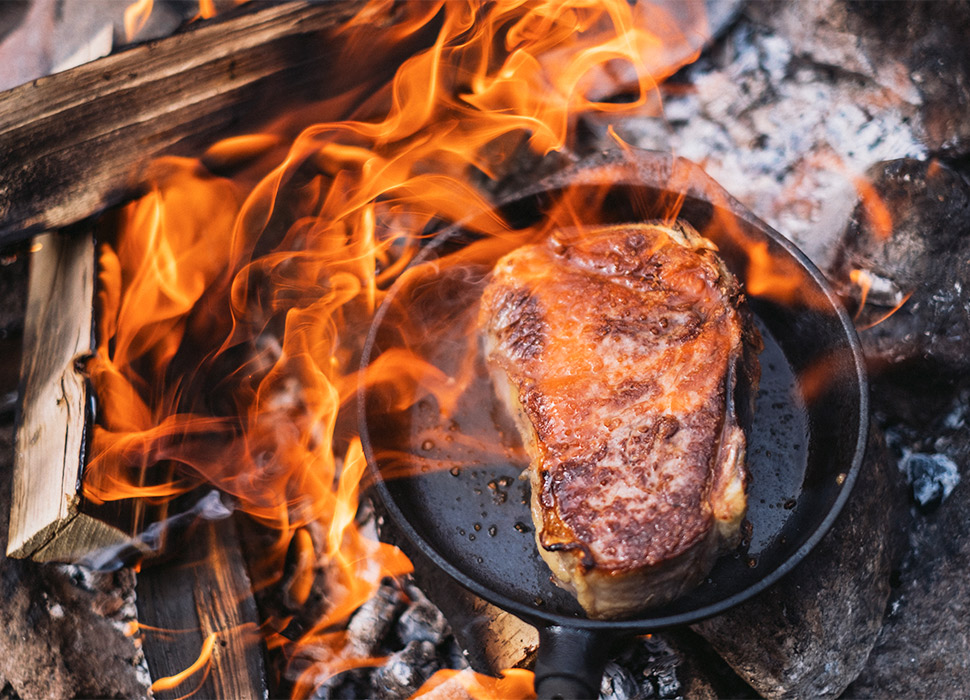 “The Sami people of northern Scandinavia hang these from their belts,” says Niklas Ekstedt, as he plates a dish of burnt leek, deer, fish roe and charcoal cream. “It was a snack that provided salt and energy on long journeys.” Actually, ‘plates’ is maybe the wrong word, since he’s serving it to me on a hewn log. I’m at the starters stage of an alfresco meal with this superchef and, although he won’t be around to cook for every visitor to the country in 2019, he is giving them the tools to do it themselves. As part of the Edible Country scheme picnic tables have been placed from Skåne in the south of Sweden to northerly Lapland.

After booking one on the website, you download a set of recipes, all of which make use of the bountiful ingredients found in 100 million acres of Swedish nature and can be cooked outside. The dishes have been created by four of the country’s best chefs, one of whom is currently chopping wood and looking like the sort of lumberjack that could inspire men everywhere to grow a beard and live in a cabin. 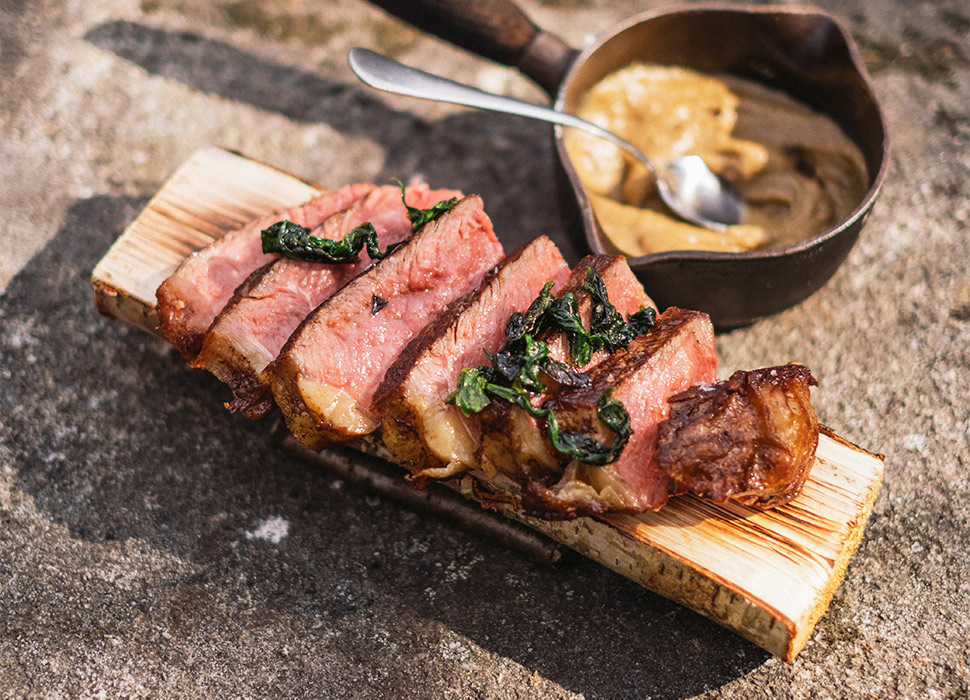 Forty-year-old Niklas is a household name in his homeland, a friendly and familiar face who for years demonstrated accessible but MOR dishes on his TV show and in bestselling books. After growing up in the northern district of Jämtland, he turned away from the simple, seasonal food of his childhood and towards the sort of high-tech culinary skills that MasterChef contestants love to bust out. He did stints in Heston Blumenthal’s Fat Duck and elBulli in Spain. Meanwhile, his contemporaries across Scandinavia were reinventing the very idea of cooking with their ‘New Nordic’ movement – René Redzepi at Copenhagen’s Noma (opened in 2003) and Magnus Nilsson at Fäviken (since 2008) let the land lead their pioneering, ultra-local cuisine. 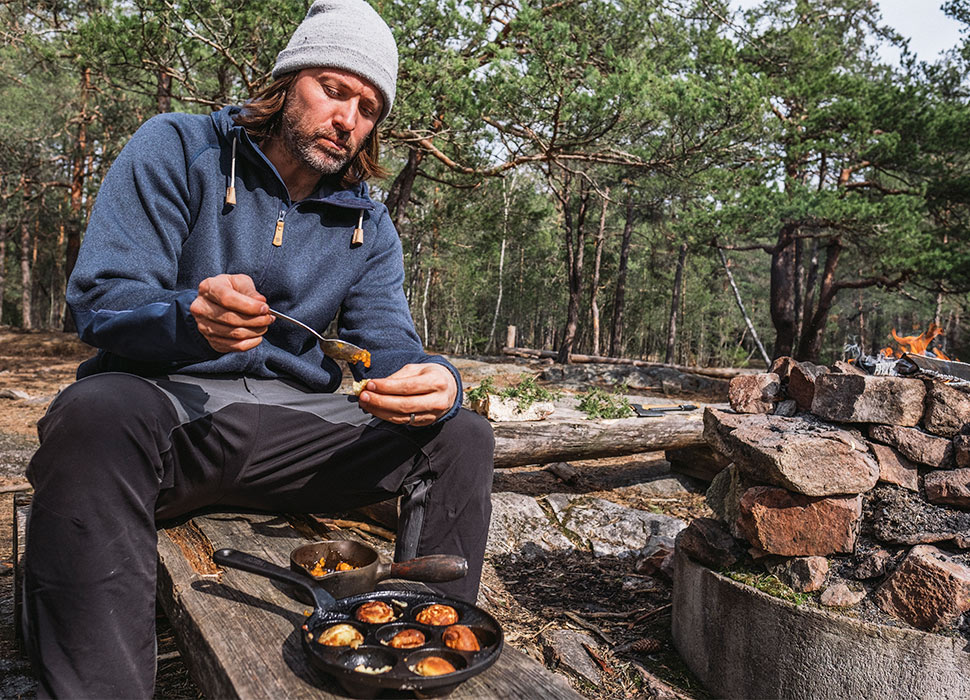 Ekstedt is blazing a new trail in the culinary world / Image: Ola Jacobsen

Niklas’s eponymous fine-dining restaurant won plaudits, but lacked a sense of place: it was a lucrative life, he says, but unfulfilling. The foams, gels and sous-vides became tiresome. The primal pull of fire grew strong. He turned his back on celebrity and began researching the craft of ancient Nordic cooking, experimenting with how different types of wood affected food taste when burned, how cast iron reacted in flame, how meats could be smoked in chimneys. This isn’t the ‘low and slow’ barbecue of the Deep South, but a new/old way of dispensing with electricity and using only the power of fire. 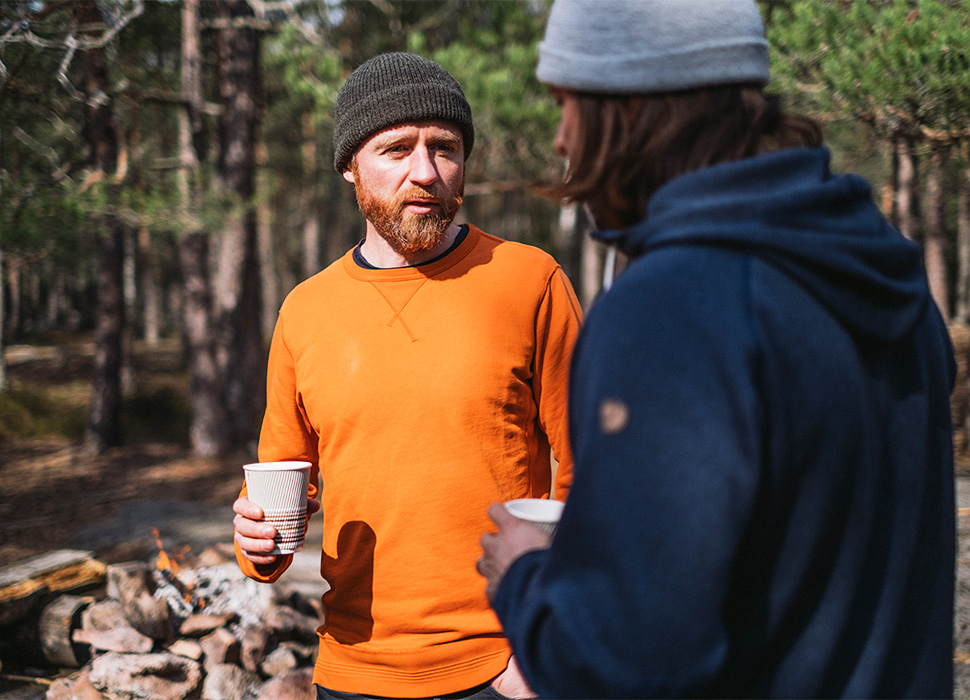 Our writer gets fired up about ancient cooking techniques / Image: Ola Jacobsen

At his central Stockholm restaurant, Ekstedt, which opened in 2011 and has a Michelin star, diners pour in nightly for six set courses that show off everything he’s learned about combustion. Today, though, Niklas has transported his kitchen skills to the woods north of Stockholm to show that anyone can do it.

“My cooking translates well to the outdoors,” he says. “All you need is somewhere safe to light a fire.” The next course is aged dairy-cow beef with wild garlic and pickled radish, then little cloudberry-filled doughnuts fried in a cast-iron tray. (This is far from the burnt sausages most people manage when they cook over flames.) 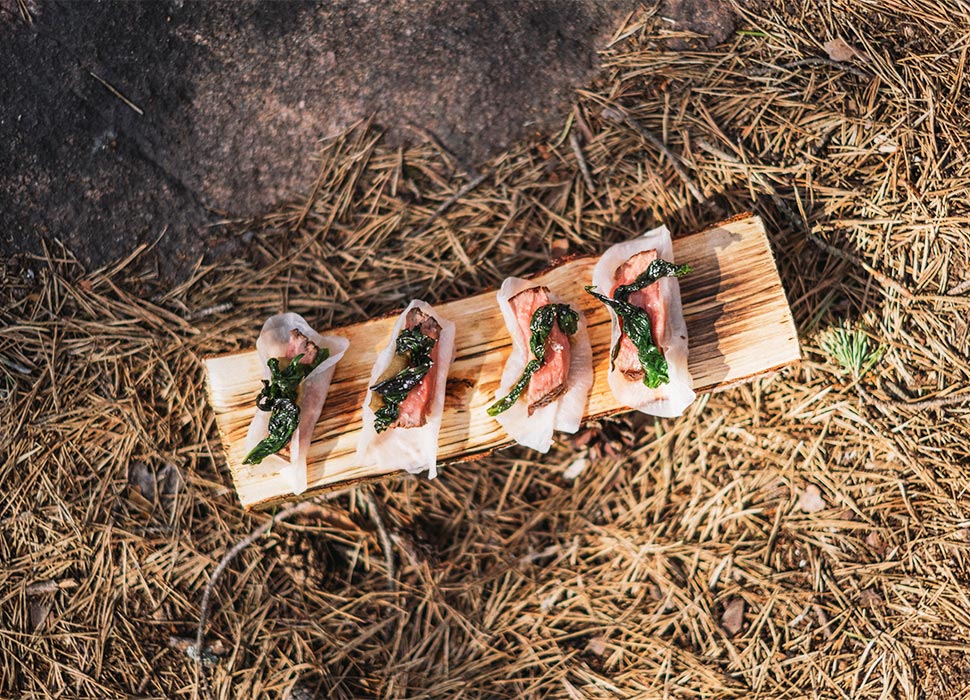 A feast fit for the forest / Image: Ola Jacobsen

The winter snows have just melted and the plants are beginning to come back to life. When the Edible Country starts later this month, though, Sweden will be transformed into a vast natural larder and the ingredients available will increase enormously. Foraging is like spending Bitcoins – very trendy, but who’s actually done it? Swedes, that’s who. “Mushrooms, berries, wild herbs, leaves,” says Niklas. “It’s a way of life. Our chefs go out and forage every week, and so do many other people.” And the concept of allemansrätten, or the right to roam, is written into the national constitution, ensuring the forests, lakes, mountains and beaches of the country are available to everyone for hiking, swimming, lazing around and cooking. 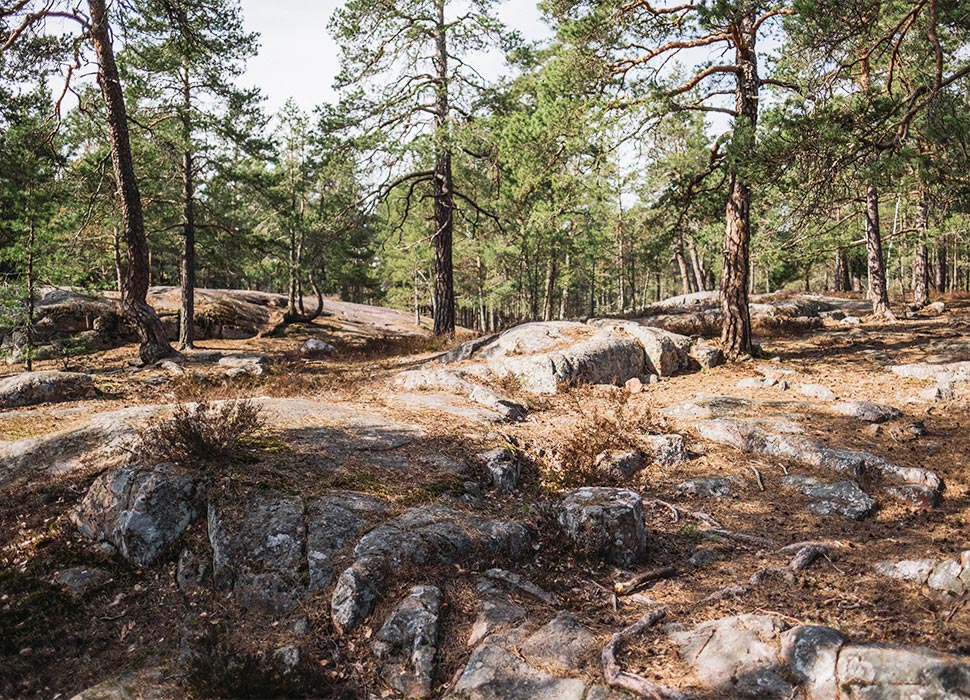 Into the woods / Image: Ola Jacobsen

Later that evening, I sit at a prime table at Ekstedt and watch the chefs calmly sending out dish after dish. In their aprons, surrounded by smoke, flame and sparks, they look like blacksmiths more than cooks. The rock ’n’ roll on the sound system gives it a Texas roadhouse feel, though the service reassures you that you’re in safe hands. A peek into the kitchen reveals no fryer, no food processor, definitely no microwave, but a Dantean scene of heat and industry. I eat unforgettable things, like birch-fired swede with lovage, wild oyster seared in hot fat and juniper-smoked redfish with fermented potato. Do I think I could cook any of this myself in a forest? Probably not, but if it meant I could eat it by the edge of a sparkling lake in the warm Swedish sunshine, I’d give it a go.