The best things to do in Stockholm

Take in some mega municipal art, before hitting an urban beach, mooching around myriad cool 'hoods and filling up on delicious fika. These are the best things to do in the serene Swedish capital 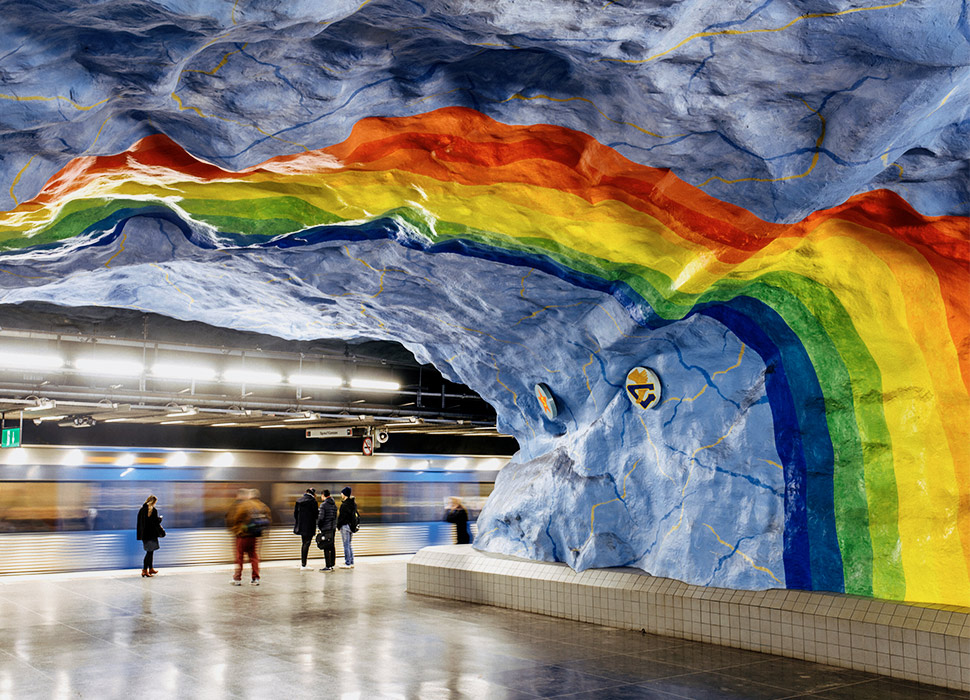 Stockholm’s tube has been dubbed ‘the world’s longest art gallery’, because nearly all its 100 stations have been dandified by local artists. Stadion, for instance, is decked out with a giant rainbow, as befits the home of the city’s Pride celebrations. Tekniska Högskolan boasts a whacking great glass dodecahedron, a nod to the nearby royal Institute of Technology. At Kungsträdgården you’ll find a lurid multicoloured feast for the eyes and, if you look hard enough, an indigenous species of cave spider. Östermalmstorg, meanwhile, is scrawled with right-on political messages, as well as being a functioning nuclear bunker. It’s deep, is what we’re saying.

2. Show your true colours at the Telefonplan tower 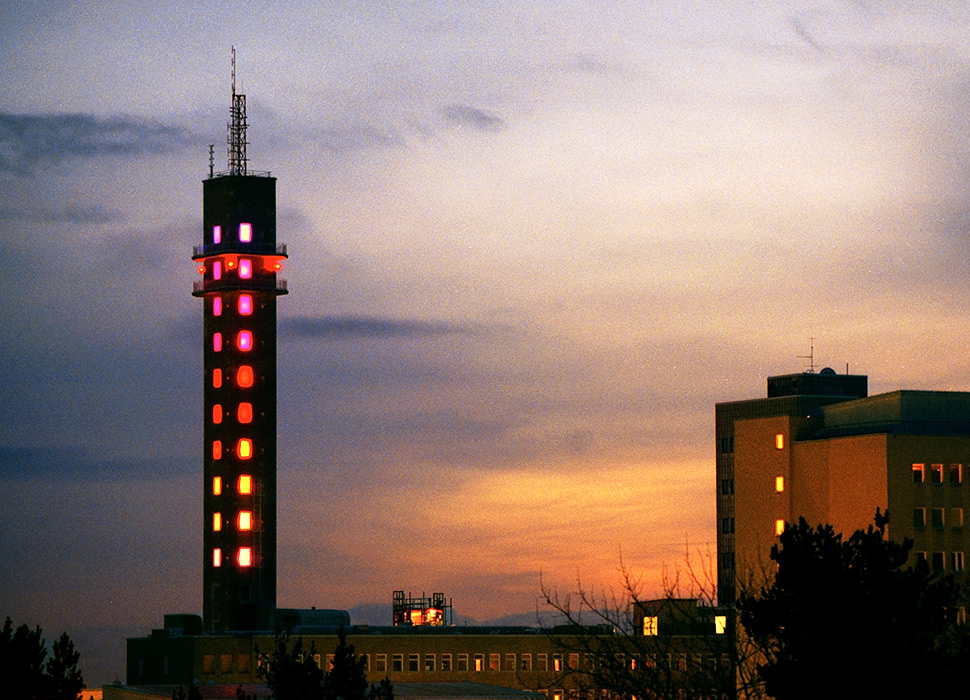 Light up the sky with the Telefonplan tower's ‘Colour by Numbers’ installation / Image: colourbynumbers.org

The city’s 20-storey Telefonplan tower – once home to Ericsson mobiles, nostalgia fans rejoice – has for a solid decade played host to one of the coolest public art installations anywhere on earth. Simply download the Colour by Numbers app by architect Milo Laven, and you can control the red, green and blue lights up the side of it. Dreamed up by Laven in collaboration with designer Loove Broms and artist Erik Krikortz, it’s a truly unique way to hack the Swedish skyline. Go on, download it now – it works wherever you are in the world, and you can watch through a webcam via the app. 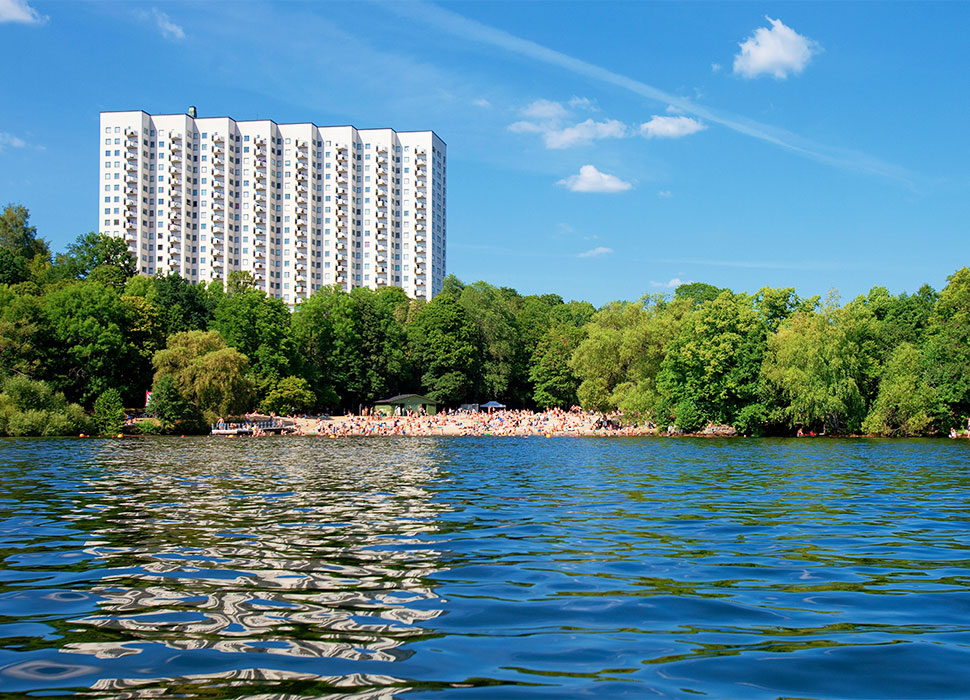 Soaking up the rays at Smedsuddsbadet beach / Image: Alamy

Stockholm’s unique geography – being placed pretty much in the middle of a gorgeous archipelago –  means there’s lots of coastline. What does that also mean? Plenty of beaches. Tanto strandbad (at 6 Skarpskyttestigen) is a recent addition to the sandy squad, with diving boards nearby and good disabled access. Riddersholms Naturreservat (Långövägen) is a little further out, but blessed with ample nature, surrounded by dense woodland and cool fauna like toads and butterflies. Smedsuddsbadet (Smedsuddsvägen) is proper downtown, beloved by office workers in summer, and kids for its storied ice cream kiosk.

4. Get cultured at Djurgården’s world-class museums 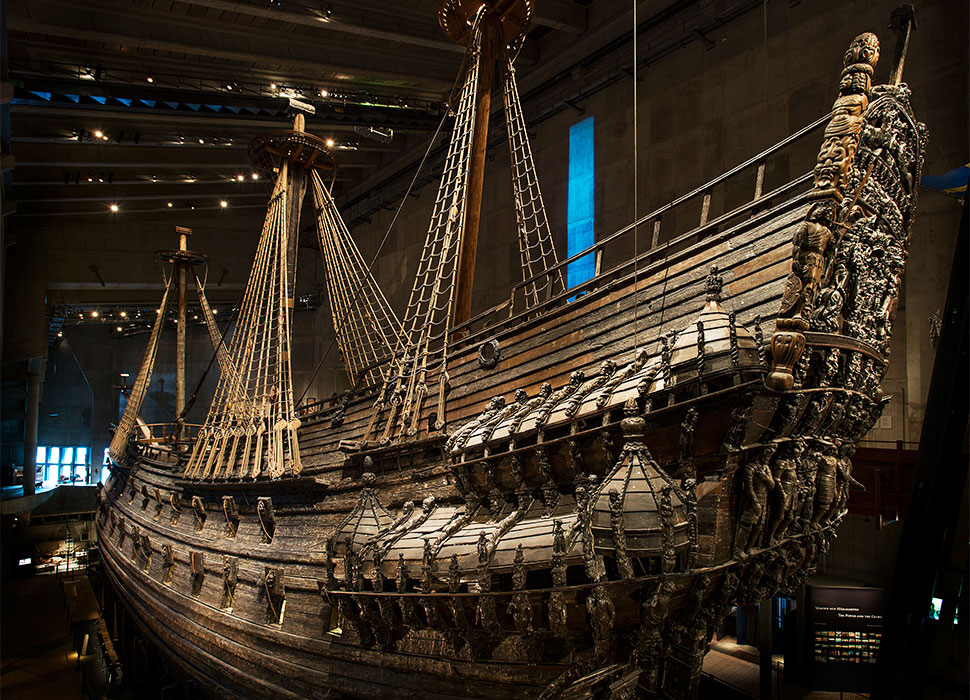 Kungliga Djurgården, to give it its proper name, is a green and pleasant island in the middle of the city that was once a game park for the royal family. Nowadays, instead of blood-sports, there's a bunch of fascinating museums celebrating the depth and breadth of Swedish culture. Soak in everything from pop history at ABBA The Museum (at 68 Djurgårdsvägen) to gardening at Rosendals Trädgård (at 12 Rosendalsterrassen), maritime hijinks at the Vasa Museum (at 14 Galärvarvsvägen), kid’s toys at the Junibacken (at 8 Galärvarvsvägen) and everyday homewares at The Nordic Museum (at 6-16 Djurgårdsvägen).

5. Chill with the cool kids at Södermalm

Södermalm – all the hip cats abbreviate it to ‘Söder’, just FYI – is where you go if you want to know what’s up with the bright young things of the city. The island has its own little enclaves: SoFo, aka ‘the area south of Folkungagatan’ is chic creative central, all bike cafés and boutiques. Mariatorget is upscale and fancy, and well worth an afternoon happy snapping photos. And Hornstull is your best bet if you've any time constraints, especially for the weekend Hornstulls marknad, a sprawling fleamarket on the waterfront with groovy vintage threads and one-of-a-kind designer knickknacks.

6. Have an old-school fika at Vete-katten 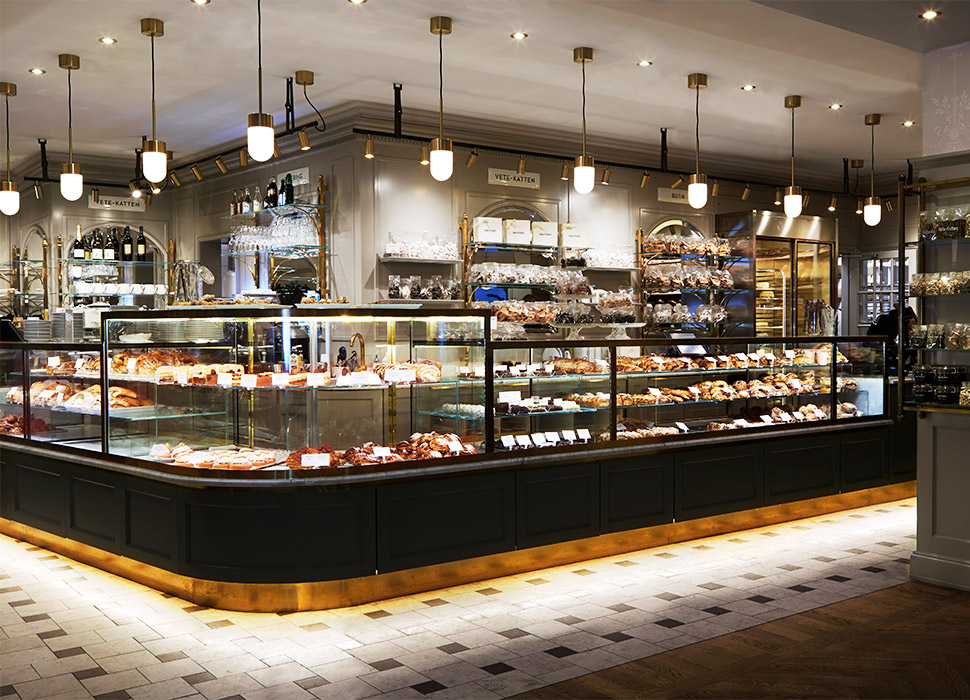 Fika is the charming Swedish ritual of taking a few moments out of your hectic day to sit down for a nice cuppa, a chinwag and a bite to eat. Even industrial powerhouses like Volvo mandate fika breaks in their working day. For a classic taste of fika, swing by Vete-katten, the oldest patisserie in Stockholm, founded almost a century ago by one Ester Nordhammar. Silver screen icon Greta Garbo is said to have partaken here, so swing by with a chum for the best pastries and cakes the city has to offer: from classic cinnamon and cardamom buns, to drommar ('dream') cookies and the glorious, viridescent, Bake Off-baiting princess cake. 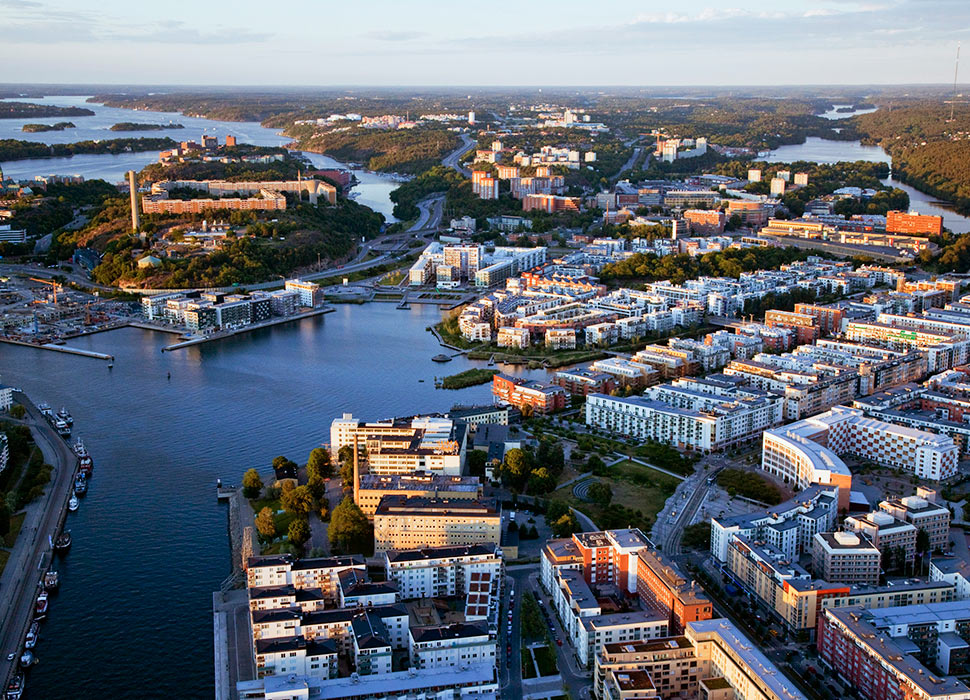 For a shining example of smart Nordic regeneration and sustainable development in action, make time for a mosey on down to Hammarby Sjöstad, Stockholm's so-called ‘waterfront city’. On a patch of land that was once a byword for post-industrial toxicity, and briefly set aside as a potential 2012 Olympic park before London snatched that opportunity (soz guys) the powers that be have built an enlightened, architecturally interesting district that, for instance, incinerates its waste to produce electricity. Oh, and the Nya Carnegiebryggeriet brewery (at 15-17 Ljusslingan) makes beer with recycled water. Glug glug.

8. Feel a bit green at Tantolunden 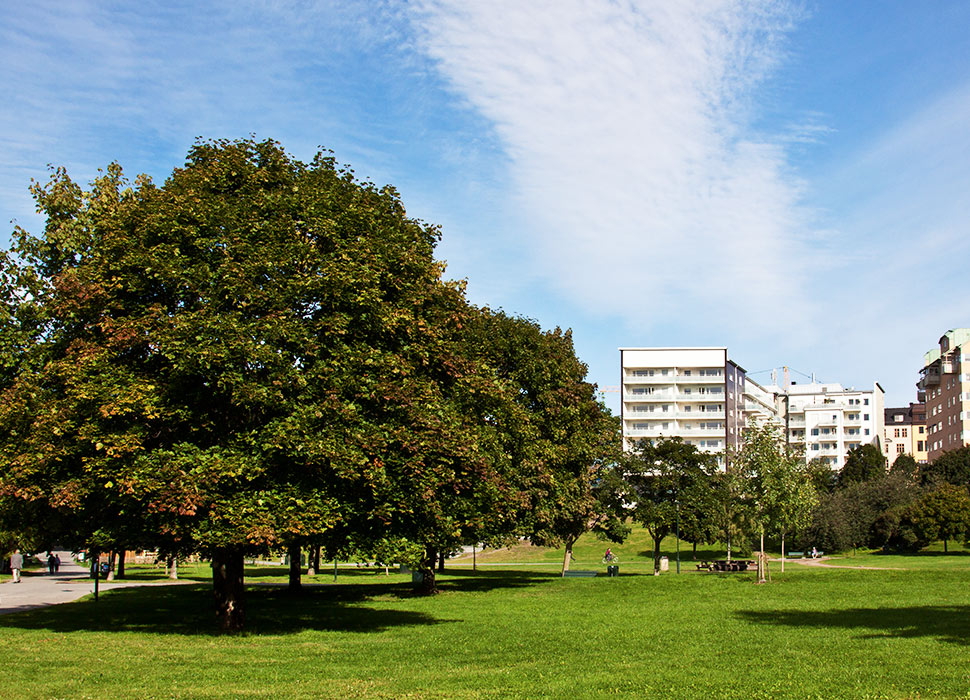 Tantolunden is a park, technically, but it’s also so much more, situated invitingly up a hillside on the edge of groovy Hornstull (see above). As well as the fairly conventional pathways, public gyms and well-maintained play areas – shout out to the mini-golf course – Tantolunden is also home to several dozen ‘kolonilott’. That pretty much means ‘allotment’, but rather than the scruffy plots of dirt you’re maybe used to, these are impeccably manicured, and dotted with little sheds where you’re encouraged to picnic, or even take a nap.

9. Make it snappy at Fotografiska 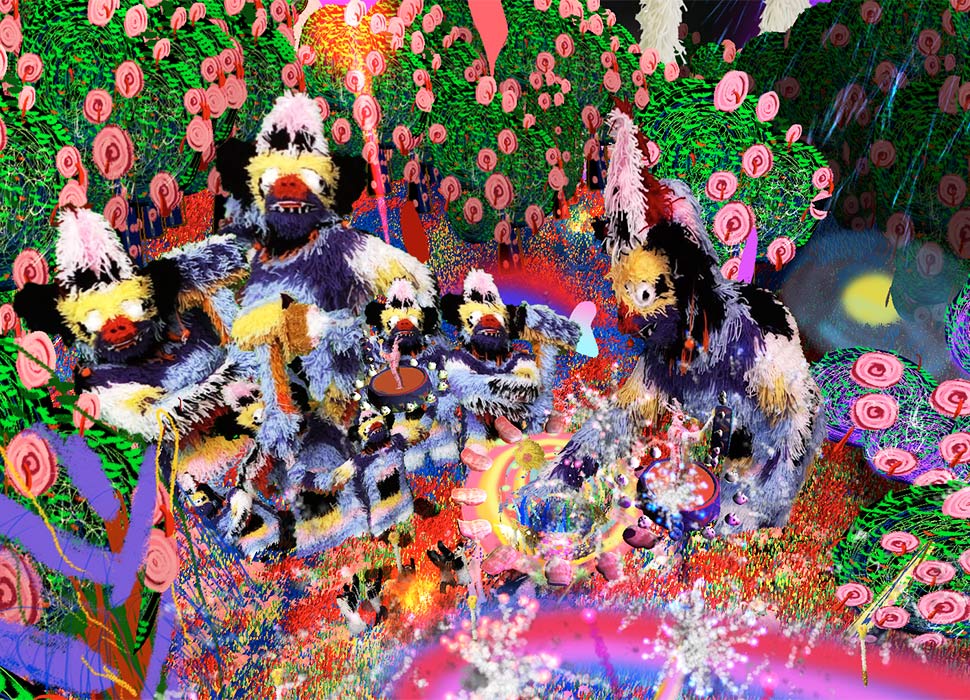 Easily one of the world’s biggest and best photography galleries, Fotografiska is an always eye-opening, ever-changing jewel. Set in an old redbrick customs building near the harbour, the constantly rotating exhibits take in everything from harrowing war photography to retrospectives covering the likes of New York icon Robert Mapplethorpe, or quirky showcases of images captured by god-tier Canadian rocker Bryan Adams. The upstairs restaurant is quite possibly the coolest in town, led by chef Paul Svensson. Snap to it.

10. Enjoy a mouthful at Mälarpaviljongen 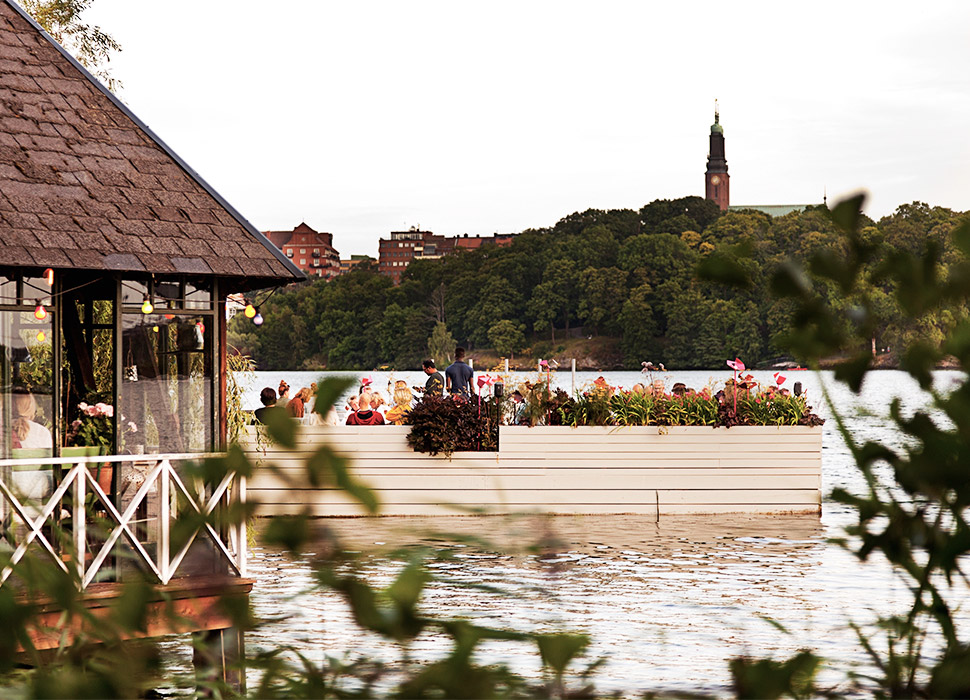 Whenever the sun shines, the stylish young movers and shakers of Stockholm all make a beeline for a glazed-in jetty that juts out prettily into the Riddarfjärden just across from Södermalm. Mälarpaviljongen is famously decked out in multicolour flowers throughout the long summer season (it opens from April) and it's set just off the pretty city avenue of Norr Mälarstrand. The marginally gay-leaning crowds neck cocktails and dress to see and be seen, and feast on upscale small plates of meatball, gravadlax and fried herring.