Some lighthouses are brighter than others. And the beacon in the town of Ajo, on the northern edge of Spain, is now the brightest in Europe after artist Okuda San Miguel gave it a multicoloured makeover. 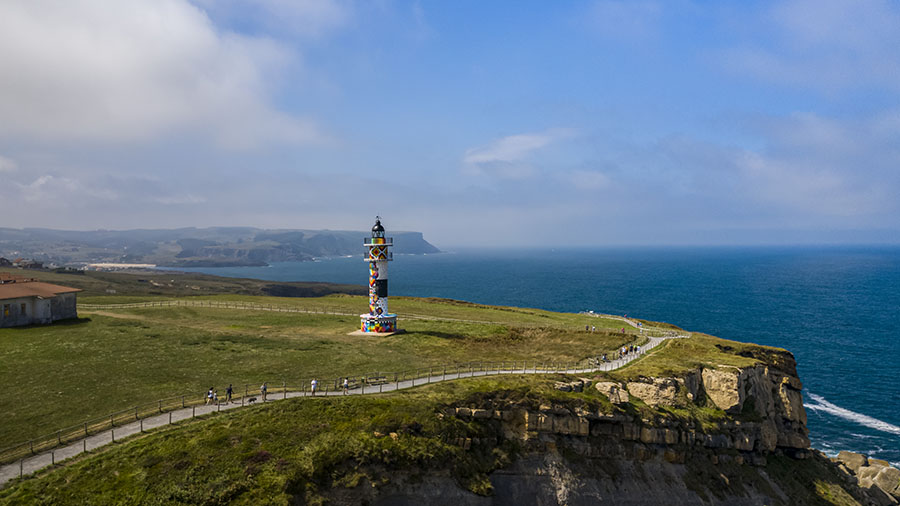 The Faro de Ajo lighthouse is 90 years old, and the first in Spain to be given an artistic transformation of this kind. The 70 different colours used reflect the cultural diversity of the local Cantabrian region, where the artist is originally from. The design features native animals including gulls, wolves, seagulls and vultures, all rendered in San Miguel's idiosyncratic, geometric style. 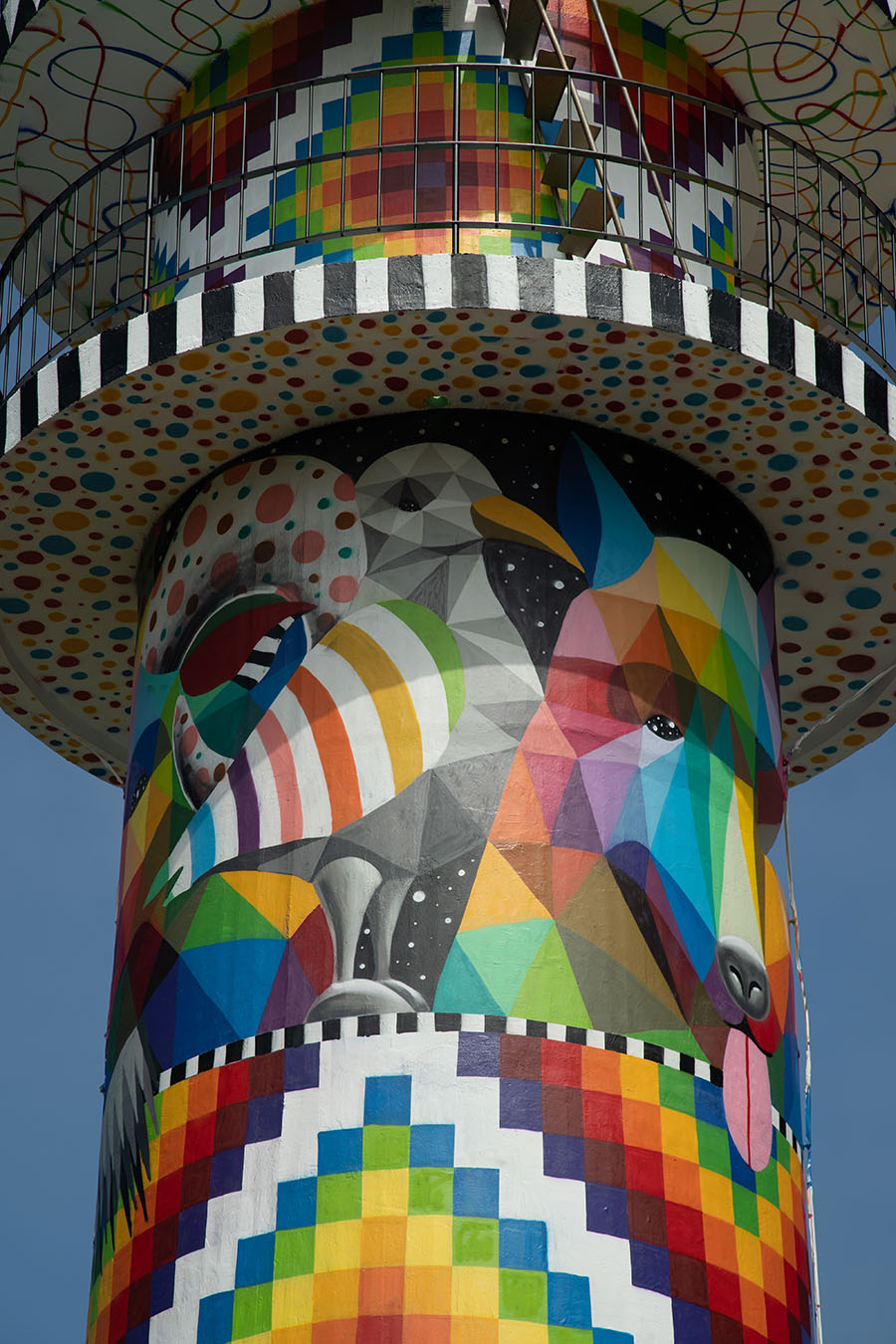 Wolves, gulls and other animals feature in the design. Photo: Beatriz Carretero

“It has been a unique experience, both because of the artistic challenge that it has brought about for me, as well having carried this project out in my homeland,” says San Miguel, who painted the lighthouse with the help of a cherry picker. 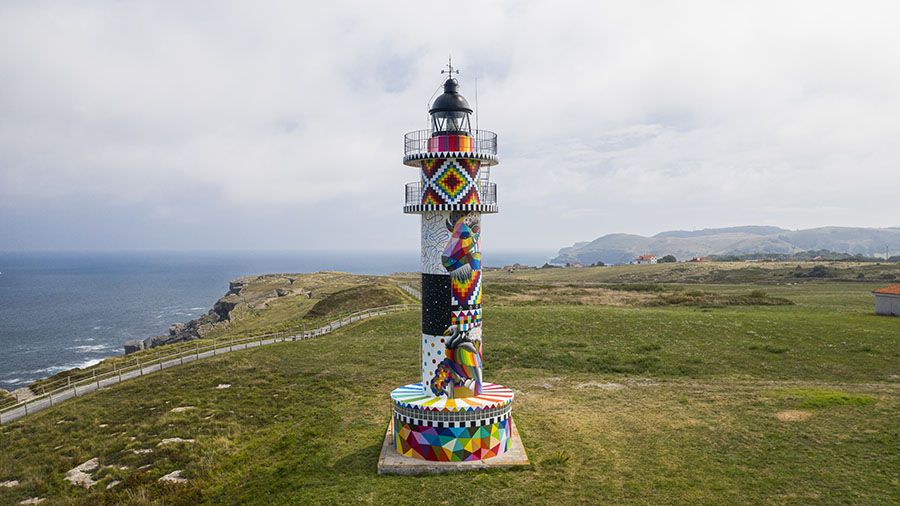 Some locals had campaigned for the landmark, which warns ships away from the Punta del Rostro point, to remain its classic shade of white. However, the 16m tower has already attracted over 10,000 visitors to the site near Santander since it was unveiled in August 2020. 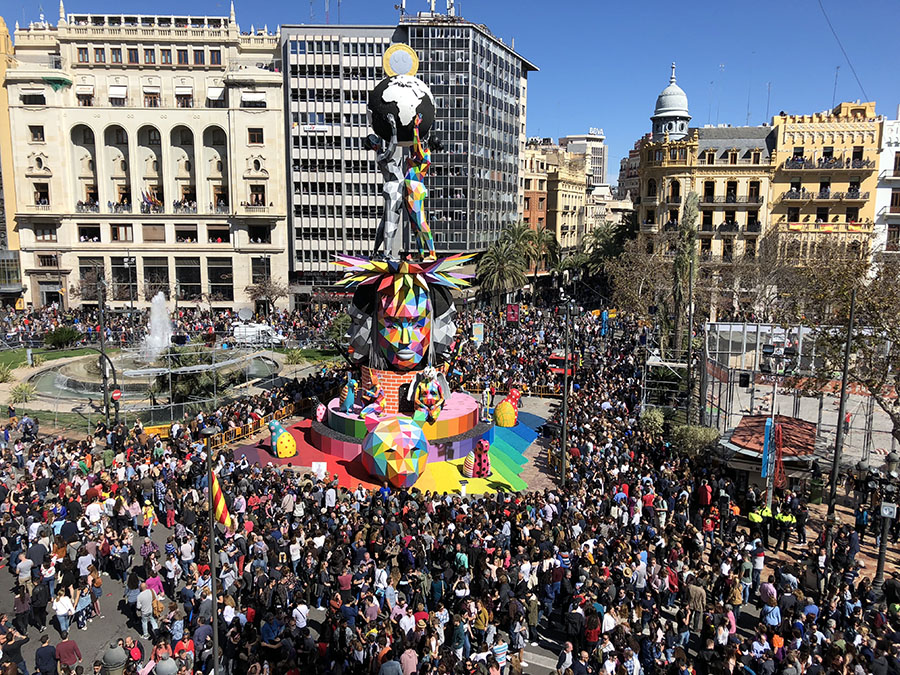 This gigantic sculpture was burnt in the 2018 Falles celebrations. Photo: Martha Cooper

Its success follows on from Okuda San Miguel's other projects including the Iglesia Skate (Skate Church) in 2015 – a 100-year-old church in the Spanish Asturias, transformed into a mural-covered skate park – and the Falla de Valencia – a 25m statue set alight as part of the city's Falles festival in 2018. 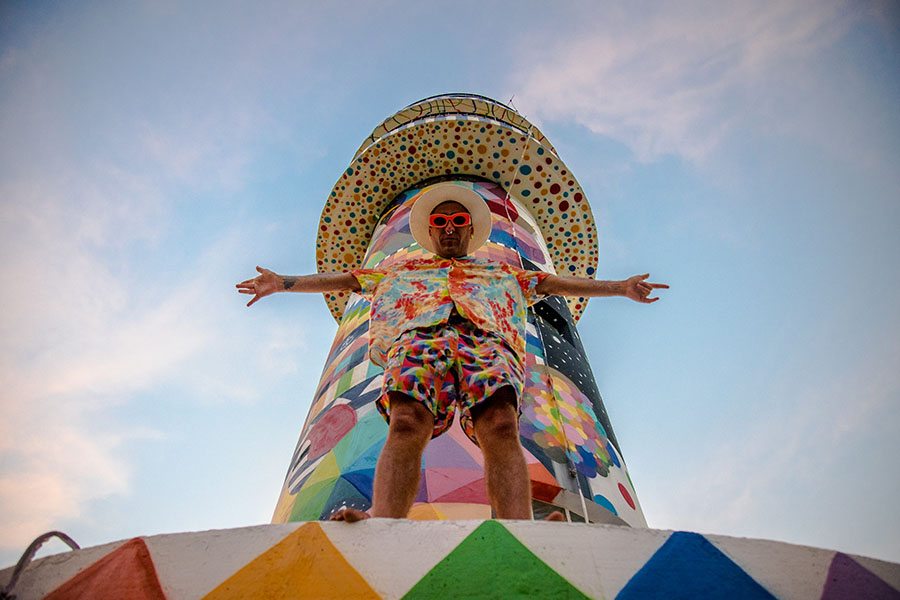 The brief behind the artist's transformation of the Faro de Ajo was to 'light up an uncertain future through colour'. Whichever way you look at the result, it's an unmissable attraction.