See the entire galaxy from Almeria

One of Europe’s last remaining wildernesses, Spain’s Cabo de Gata-Nijar natural park also happens to be one of the continent’s most spellbinding locations for gazing up into the universe. It’s in the coastal province of Almeria, a lesser-known highlight of Andalusia.

The lack of light pollution offers spellbinding, unadulterated views upwards at the cosmos. However, the landscape on this part of planet Earth is equally inspiring.

You’ll spot distinctive and otherworldly geographical features like the Arrecife de Las Sirenas (reef of the sirens) volcanic chimneys, and the soaring pinnacle of extinct volcano La Majada Redonda. In fact, it's a setting that could easily trick anyone into thinking they’re marooned somewhere on the other side of the Milky Way.

Map of the stars 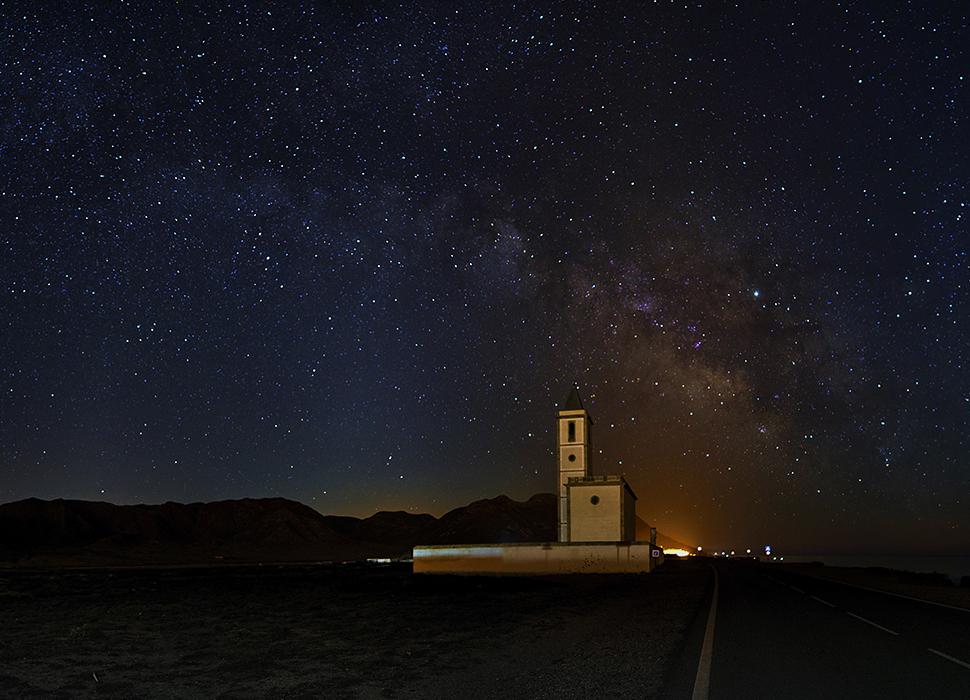 To really make the experience special, book a tour with  Astronomía  Cabo de Gata and learn everything from the mythological basis of the constellations to how to identify moon craters. You can even request a telescope masterclass with one of their team’s professional astronomers.

A night out in the Cabo de Gata is a space odyssey within easy reach.