Meet the feminist skate gang tearing up the streets of Madrid

The Longboard Girls Crew are fast, freewheeling and leading a worldwide revolution. We find out what it's like to roll with them

As she wheels through hazy late-afternoon heat in Madrid’s meandering Río Park, Valeria Kechichian aims a broad, companionable smile at a passing girl on a plastic skateboard.

“Did you see?” says Kechichian, turning to the rest of the group after this stranger passes. “She had skater’s knees. She was totally bleeding.” If anyone is able to diagnose this specific and somewhat grisly ailment then it’s this 40-year-old Argentinian longboarder and action-sports revolutionary.

In just ten years, Kechichian has turned Longboard Girls Crew – which she co-founded as a loose collective of women cruising the streets of the Spanish capital – into a bona fide global phenomenon. With sub-groups in more than 80 countries, LGC has deployed slickly edited viral videos (its biggest YouTube hits have millions of views each), along with continent-hopping meet-ups and a healthy dollop of fearless female attitude to upend skateboarding’s male-dominated status quo. They’ve been featured on ESPN and BBC News and, in 2015, Kechichian – a supernova of multilingual charisma, covered in discreet, finely drawn tattoos – even delivered a TEDx talk about her four-wheeled fight against sexism. 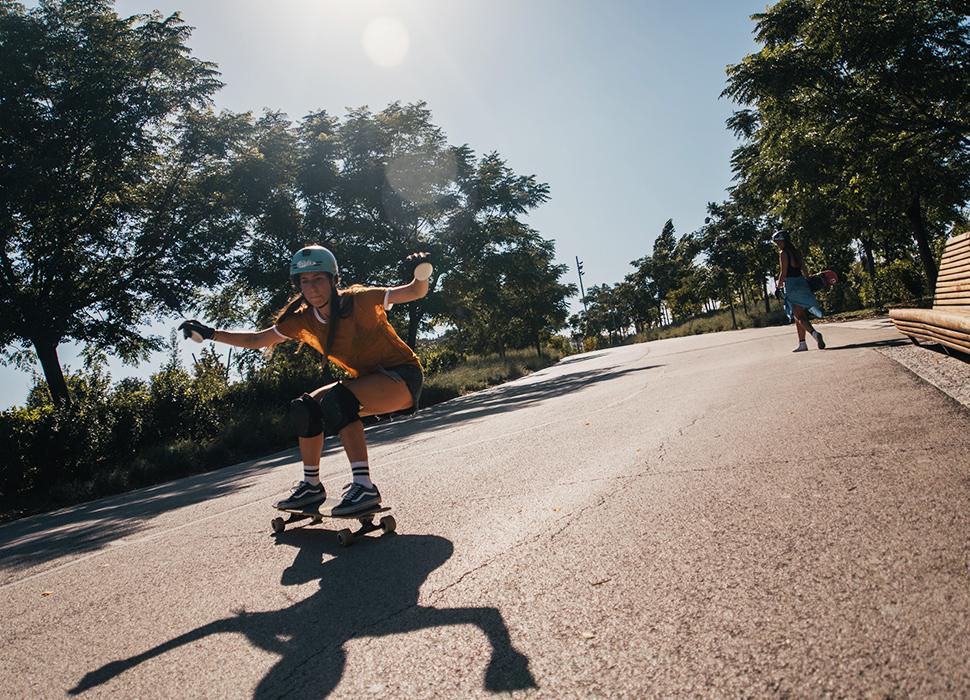 “I remember a couple of years ago, some of the most popular comments on our videos were, ‘Can she make a sandwich?’ and messed-up stuff like that, but I chose not to focus on it,” she says. “I realised that for some men it’s OK if we do stuff like this, until we’re more successful at it than them.”

How exactly did they do it? I’ve come here to the crew’s birthplace to find out, joining Kechichian and LGC members Ishtar Bäcklund and Possala Wang as they pull on sticker-covered helmets, make for a daunting slope of tarmac and show me what ripping up the gender rulebook really looks like.

“Woah, it’s soooo buttery,” grins Kechichian as she bombs down the hill and slips into a graceful skid-turn. Bäcklund, a design student and occasional downhill racer based in Stockholm, follows with focused speed and the odd squeal (“I’m scared if I bend over I’m going to reveal too much,” she says, frowning at her tiny shorts). 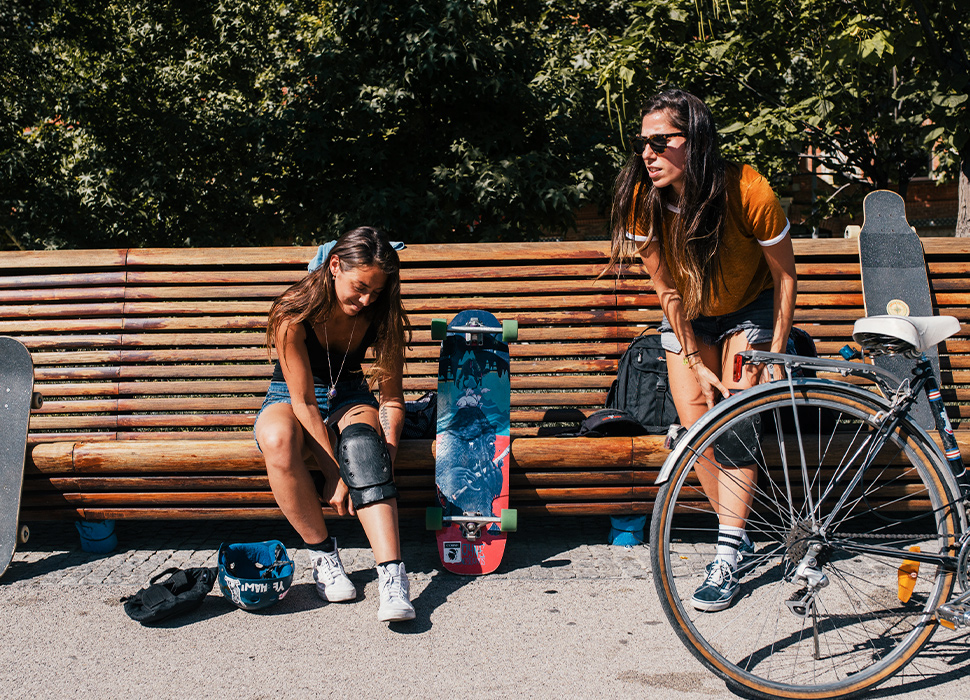 Bäcklund and Kechichian pad up

Then there’s Wang, a diminutive American Madrileño who hurls herself into a series of kamikaze hand slides that nearly take out our photographer and – at one point – lands her in the neighbouring bushes. “I don’t stop for much,” she says, heading back up the hill for another run (including people holding cameras, shrubbery and, presumably, patriarchal institutions).

This freewheeling international movement is all the more impressive when you consider it began as a way for Kechichian to escape her personal demons. “At 28, I was looking for positive stuff to replace the negative in my life,” she explains, once she’s taken off her pads and reinforced gloves at the nearby Matadero arts centre where we’ve stopped in for a chat. “When I arrived in Spain at 20, I struggled with drugs and alcohol. I wanted to break the self-destructive loop with something else that excited me.” Of all the hobbies she tried – including learning to play the drums – skateboarding was the one that changed her life and it was an accidental session with other women riders that sparked her lightbulb moment. 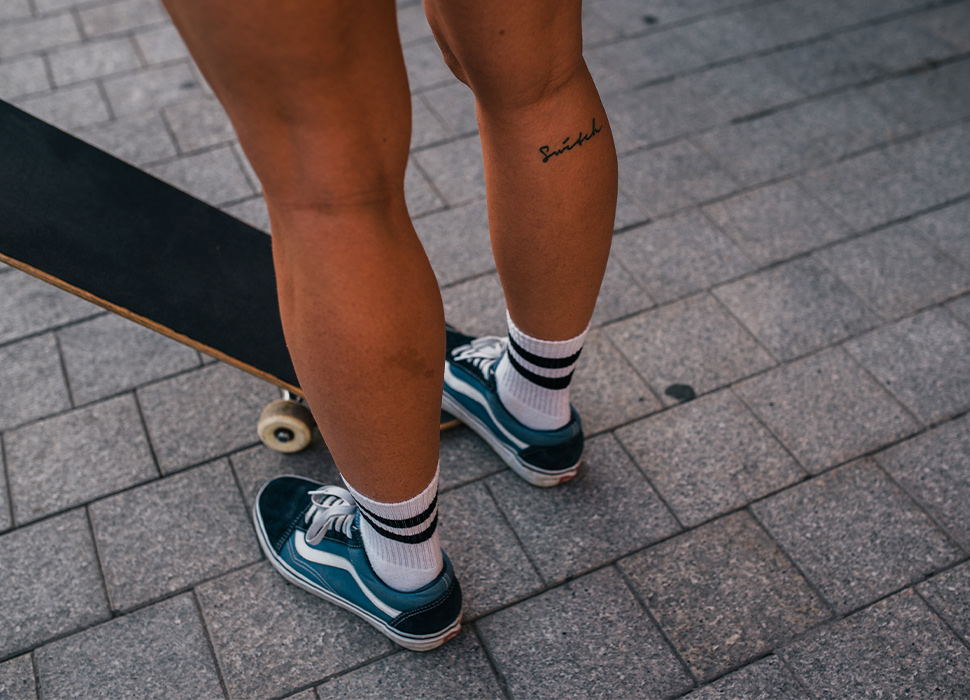 “One day, I was skating at Moyano, a steep slope we have in Madrid, and there were three or four other girls,” she recalls. “We were like, ‘Dude! This is fun!’ The vibe was so chilled, supportive and so different from always skating with men, so we started a Facebook group to create more of those moments.” This Facebook group soon mushroomed into the meet-ups that birthed those first YouTube videos and helped spread the longboard gospel to girls everywhere, from Rio to Rome. 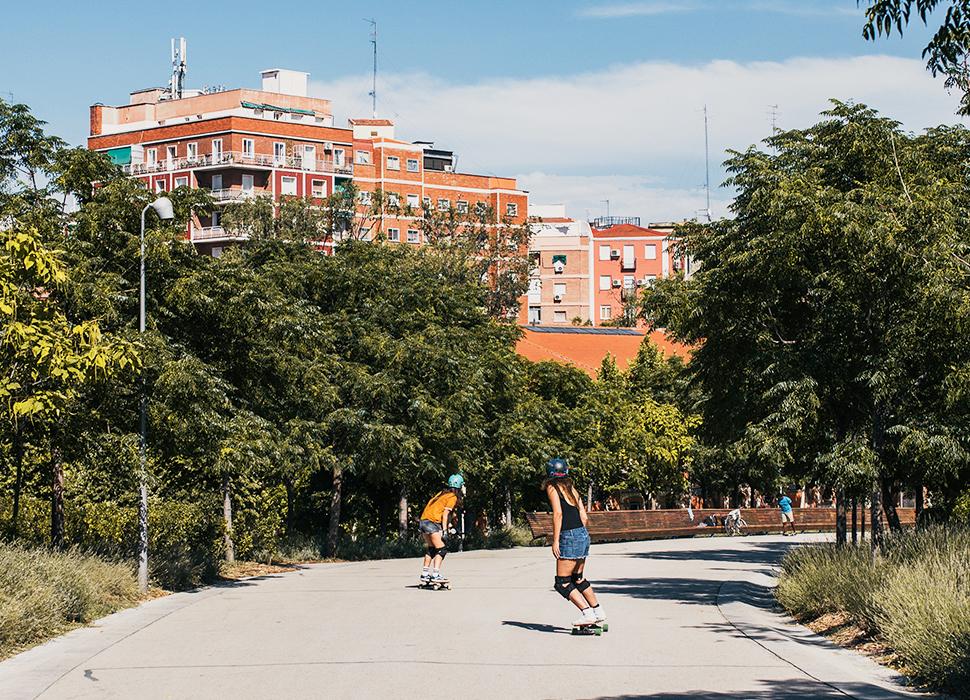 These days, Kechichian, who keeps a flat in Madrid but self-classifies as “a nomad”, benefits from the diverse terrain and support system of her fellow European groups (“France is huge, the Netherlands has many freestylers, because it’s so flat, the UK has a lot of downhill,” she says). They regularly trade Facebook messages and welcome on board foreign crew members looking to shred. But that initial revelation – women bonding over a shared enjoyment – is clearly still core to LGC’s continued appeal. As Bäcklund notes: “If there’s another girl skating, it’s just instant sisterhood. You get sucked in.”

Did they all face sexism before finding other females to skate with? “Eight years ago in Madrid, every head would turn” at the sight of a woman with a board, Kechichian says, while Wang admits she faced plenty of misogyny in the USA. “Sometimes if I travelled to events, people were like, ‘Ugh, she’s only skating because she wants to flirt with guys,’” she says. 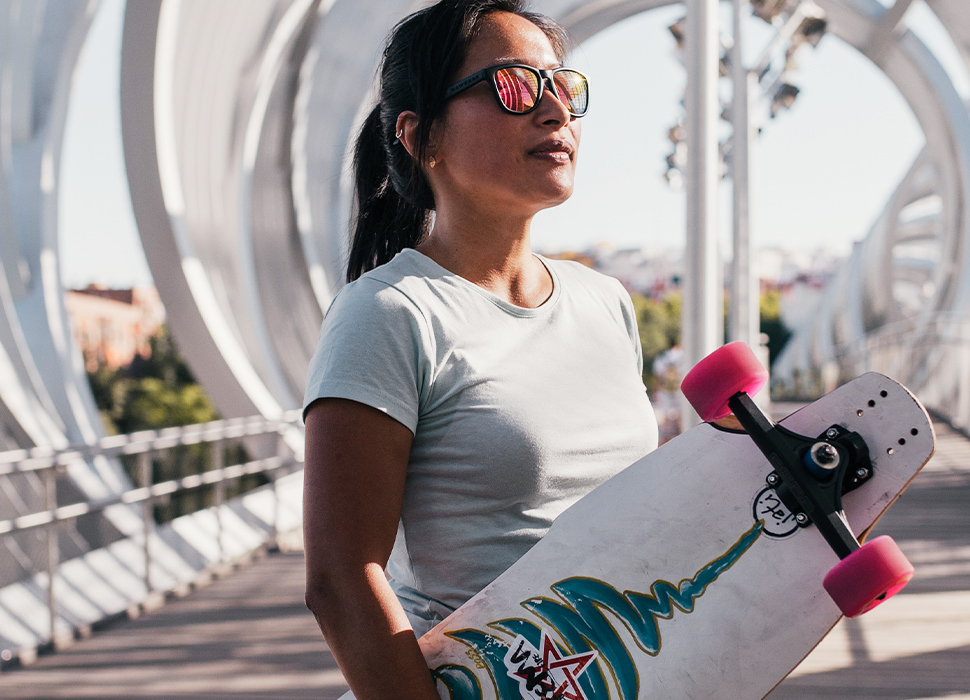 And, sadly, LGC’s visible success hasn’t entirely eradicated these caveman attitudes. “There are many men who support us, but we still face adversity and I get so much hate online,” says Kechichian. But make no mistake, LGC is an undeniable success story. In fact, having conquered the world of action sports – where once women tended only to feature as bikini-clad eye candy – Kechichian is pivoting into humanitarian work, setting up skate workshops in communities where people-trafficking and other social problems are rife.

“India is happening, Cambodia is happening and we’re also in Florida in a neighbourhood where the rate of teenage pregnancy is very high,” she says. “We have this amazing tool – longboarding – and we’re a group of women who care and want to give these girls some motivation or just something different in their lives.” 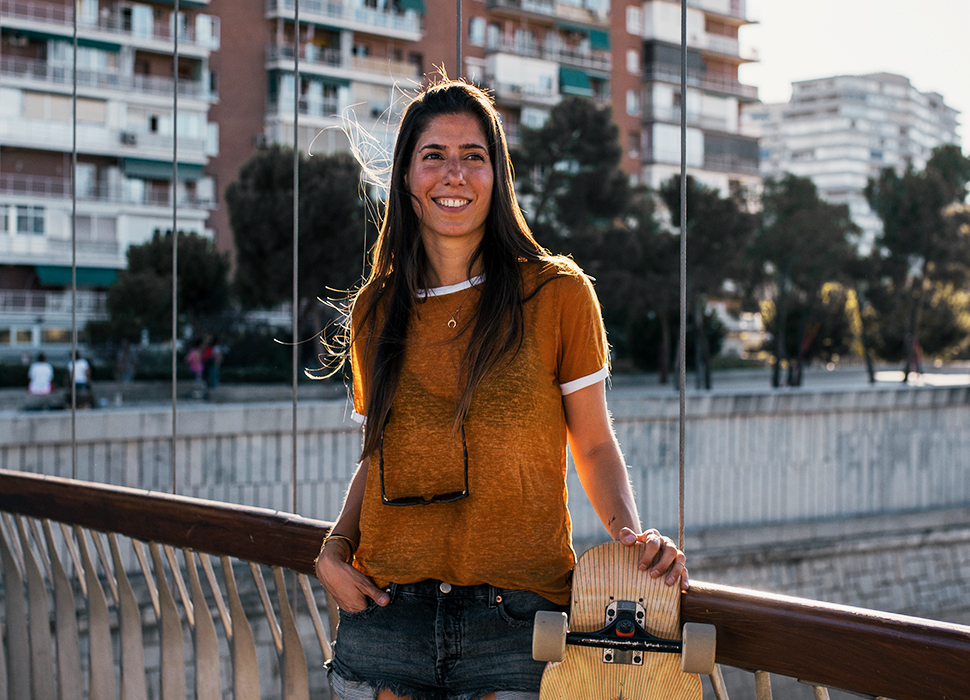 It’s an ambitious endeavour, but, set against Kechichian’s undoubted achievements and infectious personality, you wouldn’t bet against her accomplishing most things she sets her mind on. And at the heart of it all is a desire to question traditional attitudes while sharing in every landed trick or scraped knee.

“As girls, we’re taught that there are so few spots for women that we have to fight each other to get them,” she says, as the sun sets in the distance, “but, suddenly, we’re giving women examples of girls supporting each other, having fun, being happy and being successful. That is what made the movement so huge worldwide. That’s what resonated.”